Home / Community / The Photoshop troll is back.29 examples of what James Fridman can do!

The Photoshop troll is back.29 examples of what James Fridman can do! 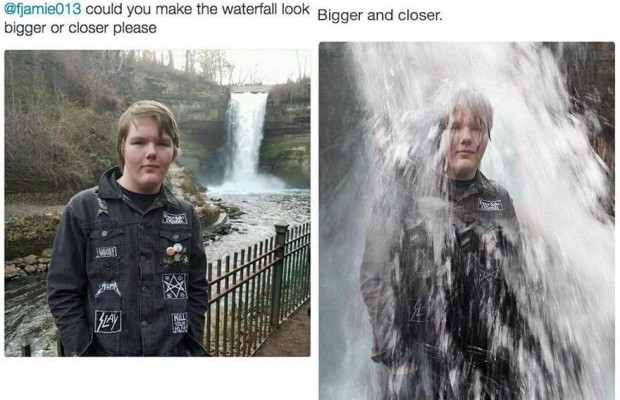 The ultimate Photoshop troll hits again and these 29 examples of what James Fridman is capable of in terms of humor, life lessons and, of course, Photoshop, are incredible.  James has made a name for himself because of his Photoshop humor and people keep asking him for certain photo changes and he delivers. Because people who master the art of Photoshop are perceived as superheroes capable of doing anything, people who have no idea what Photoshop is and how it works usually have stupid requirements of them. James Fridman is basically avenging all of his kind and, at the same time, he doesn’t forget about giving advice and life lessons to young people asking him to make them skinnier or taller or…you name it.

The core idea of James Fridman’s work, as I see it is: “Use humour to mend a difficult and awkward situation and give advice and encouragement where it is due. 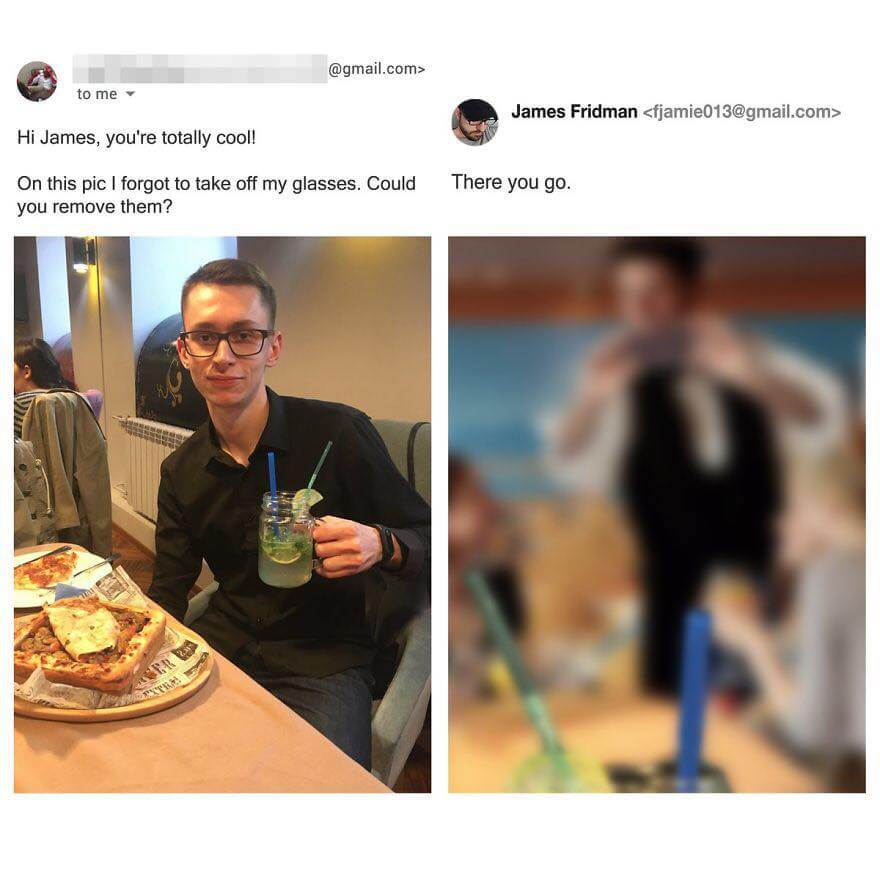 2. Why haven’t I thought of this before? 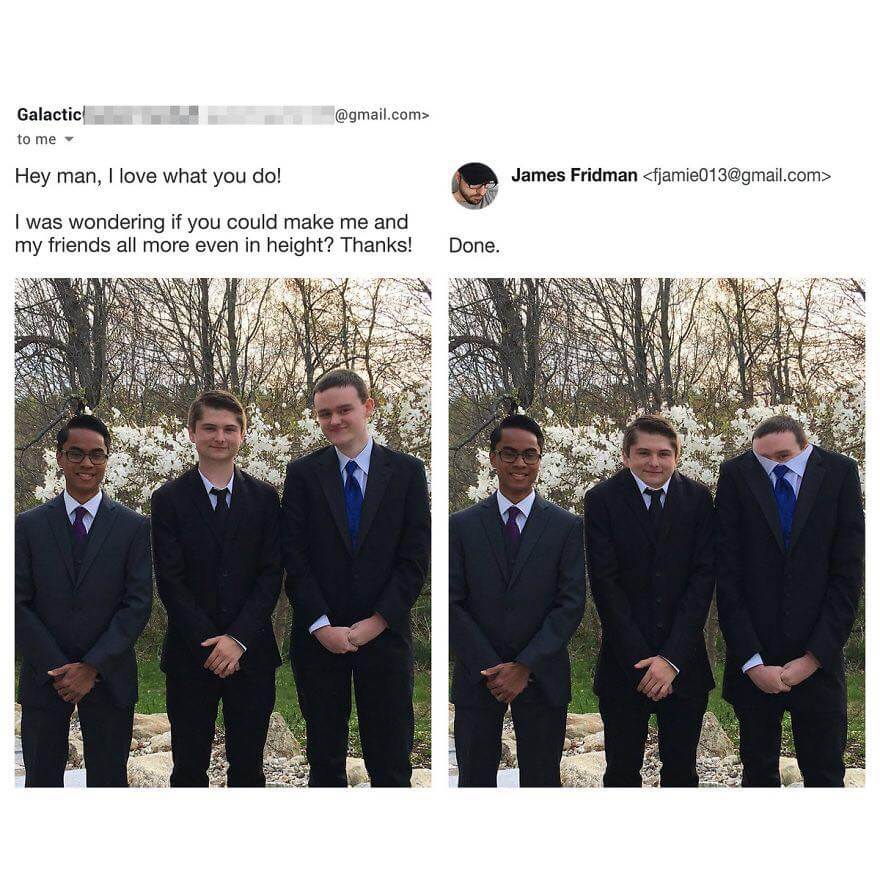 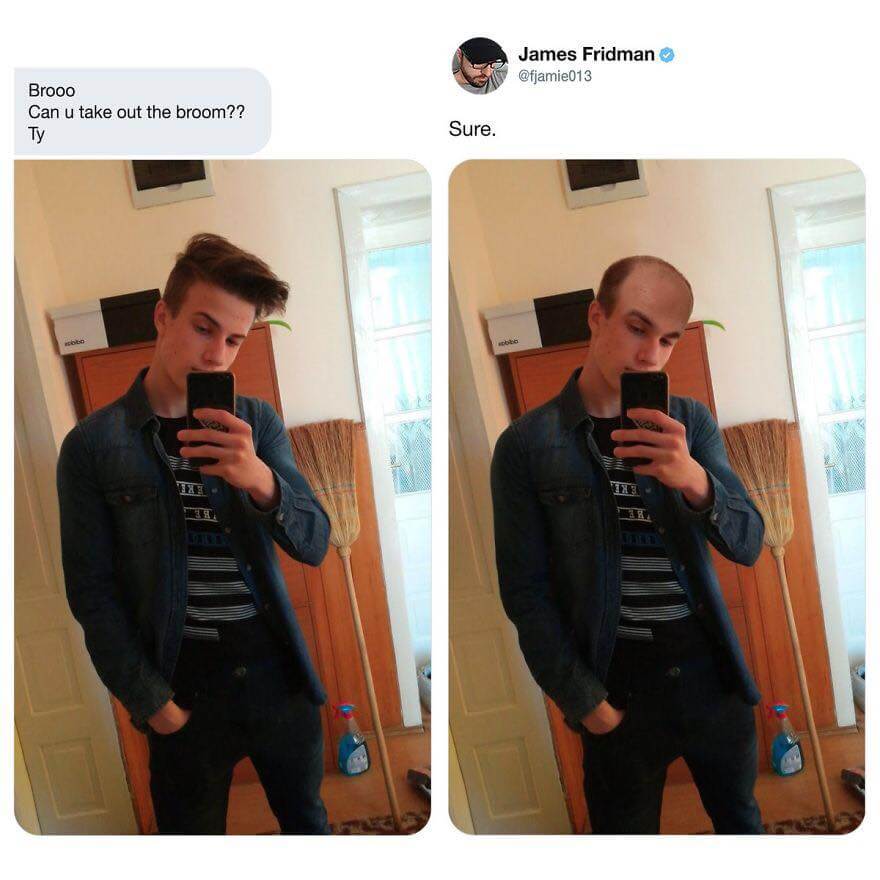 4. The truth any student wakes up to in the end 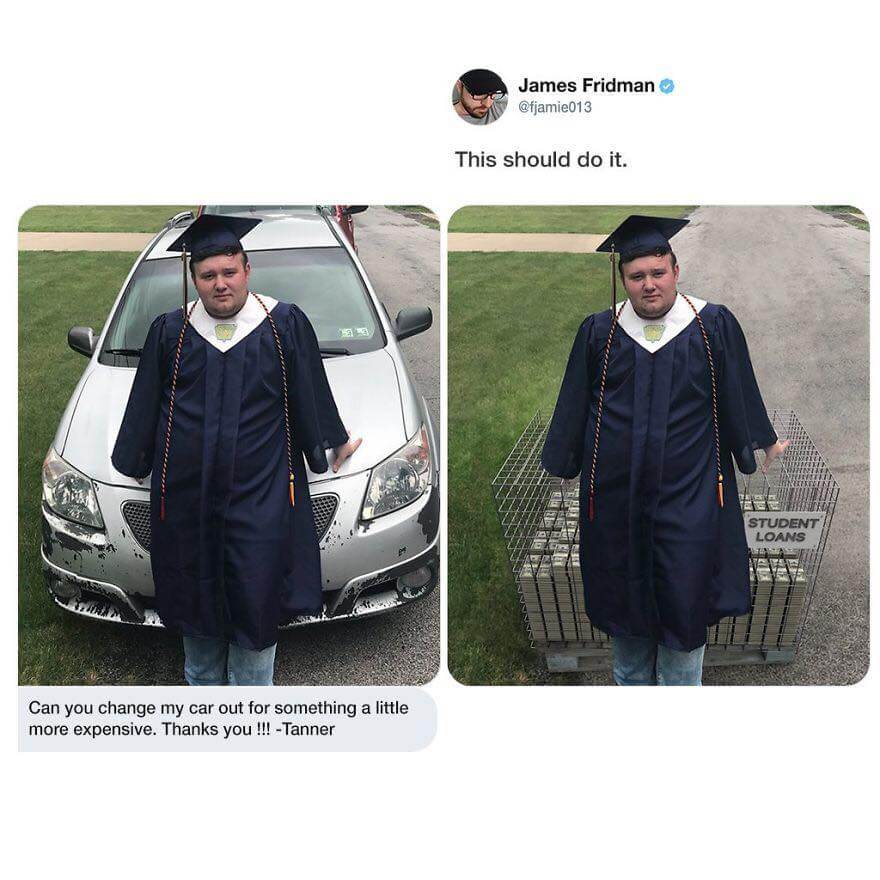 5. She might get down in history as the bride with the longest leg 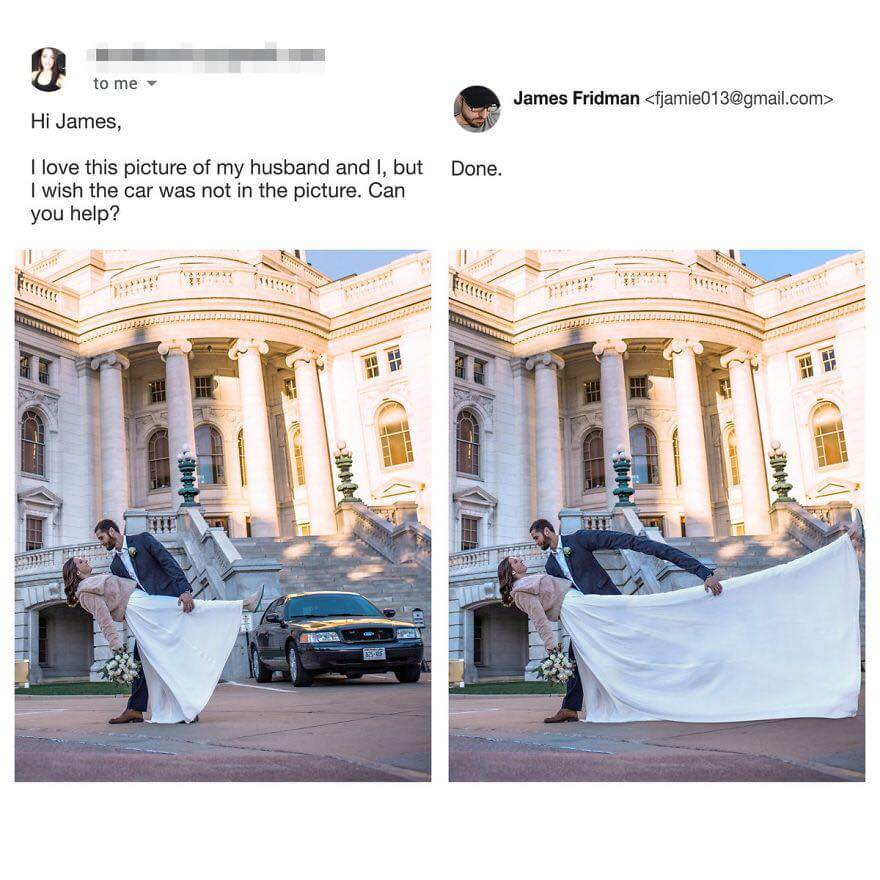 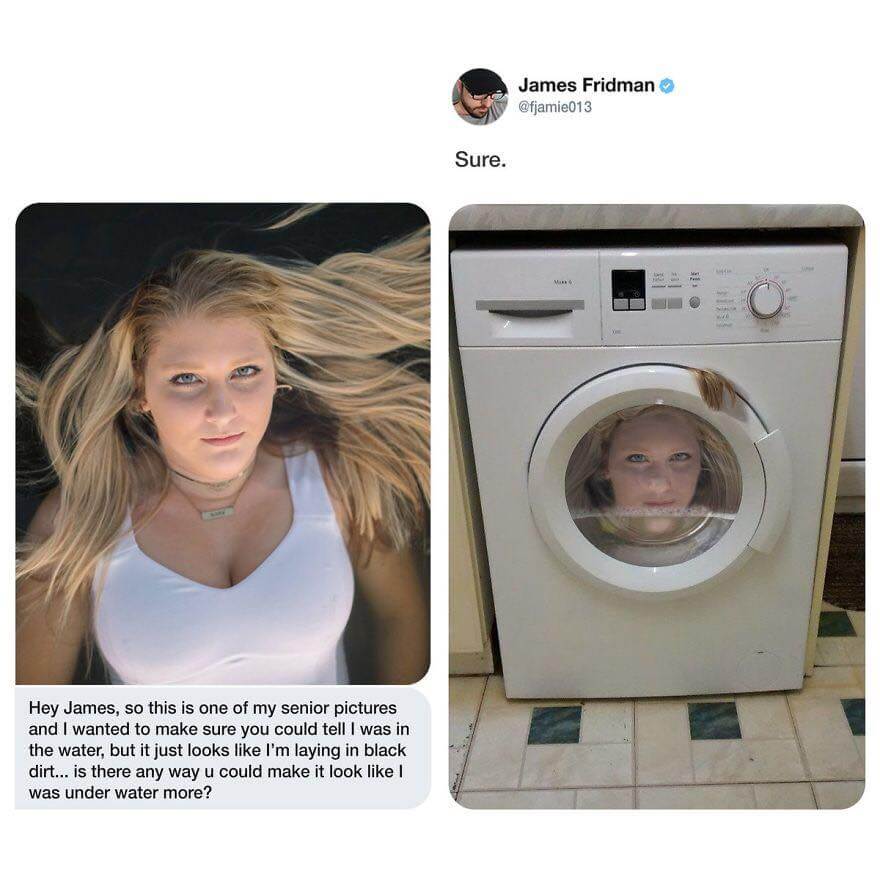 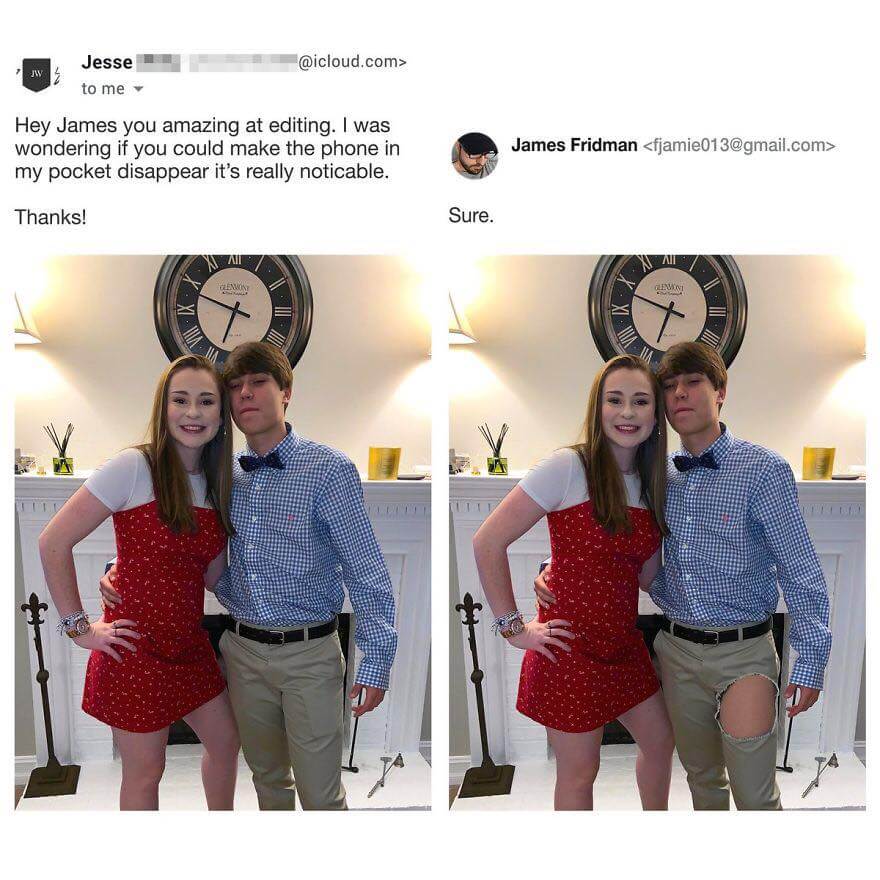 8. Gentlemen always have to endure 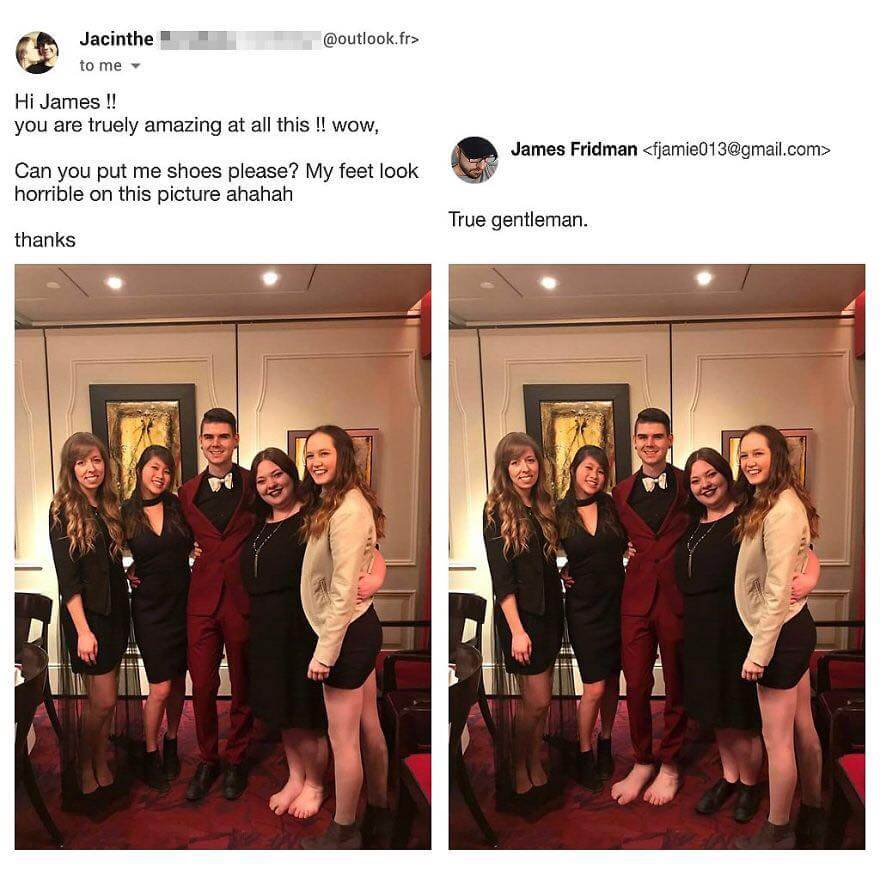 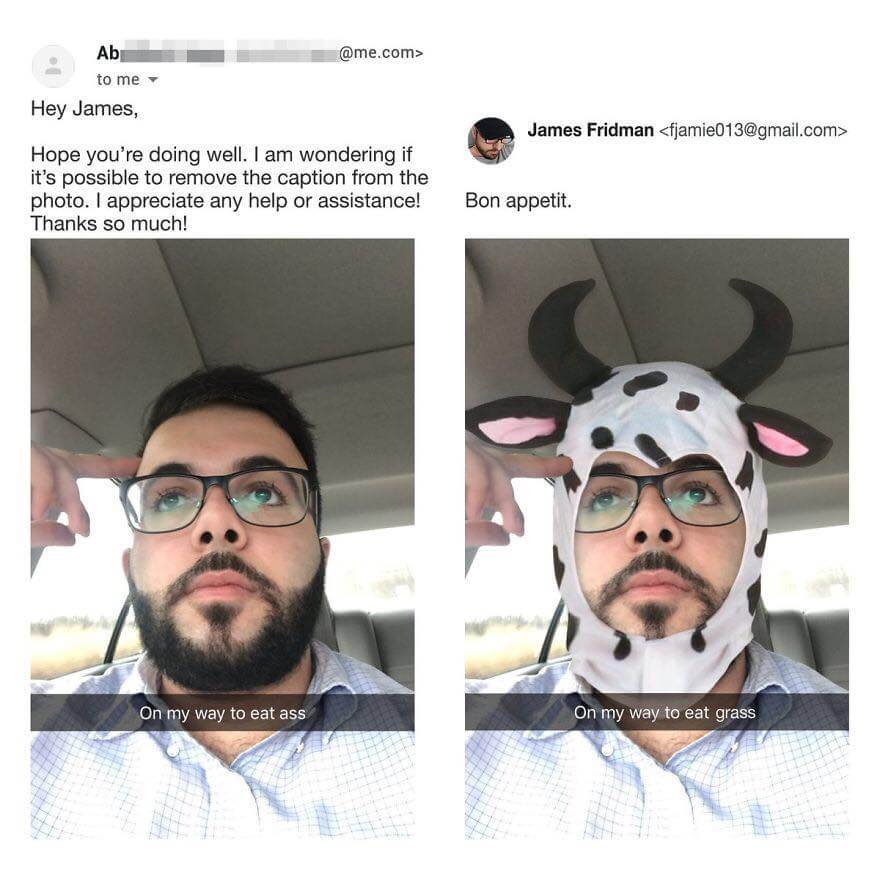 10. Guys, you should love your girlfriend for all her faults 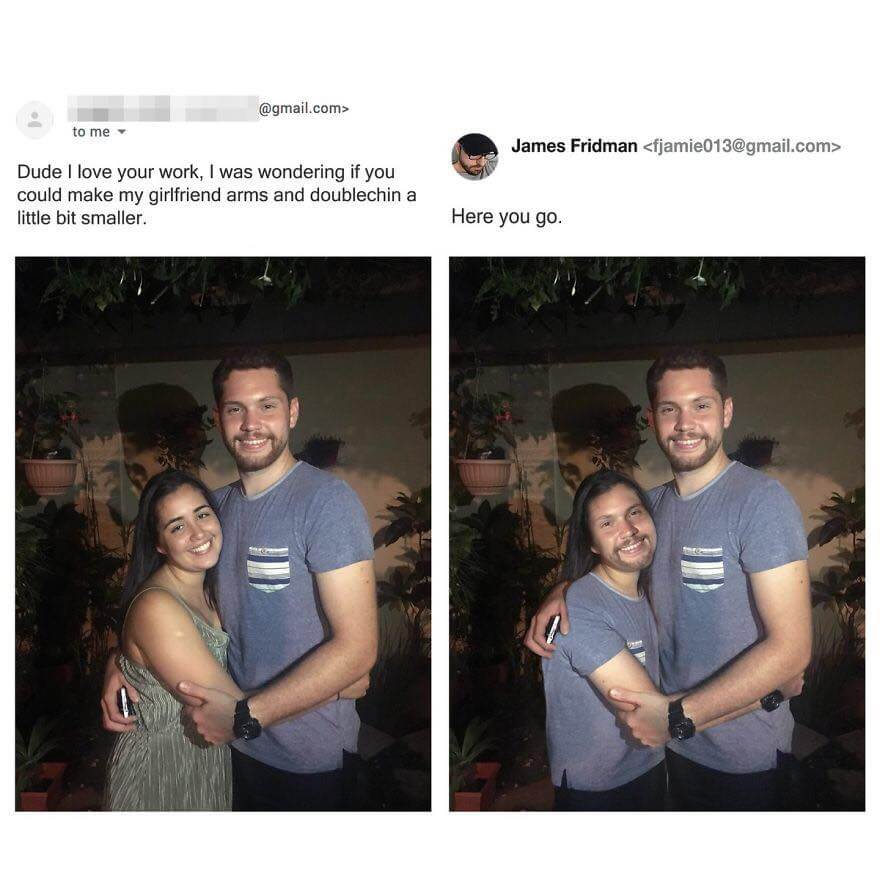 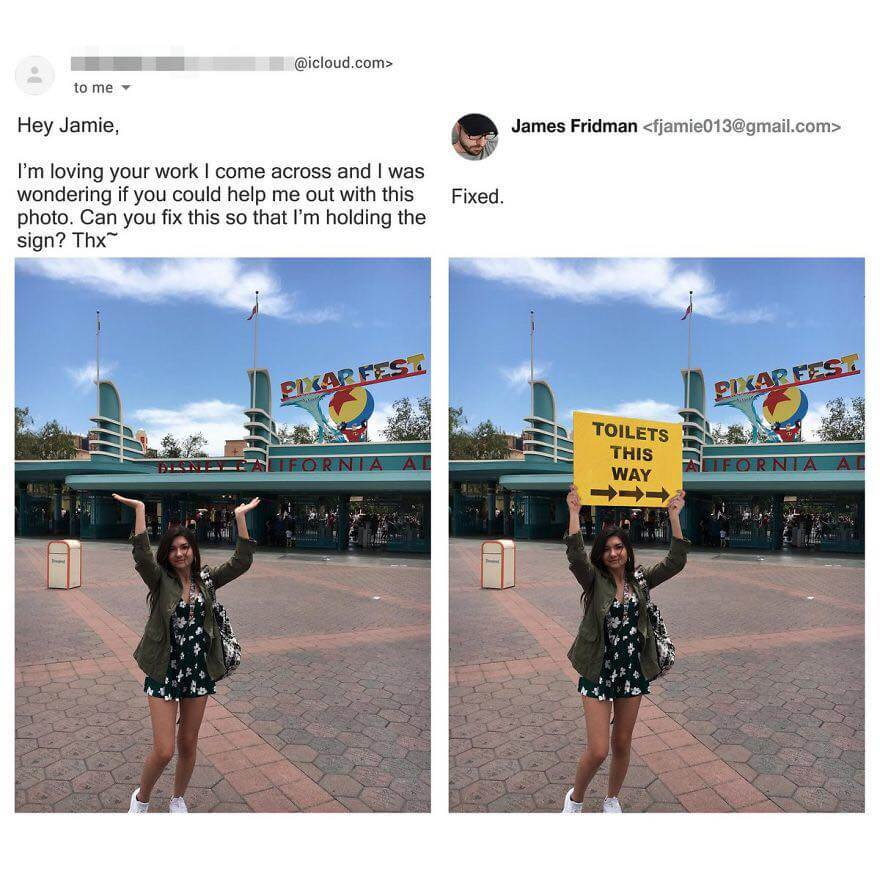 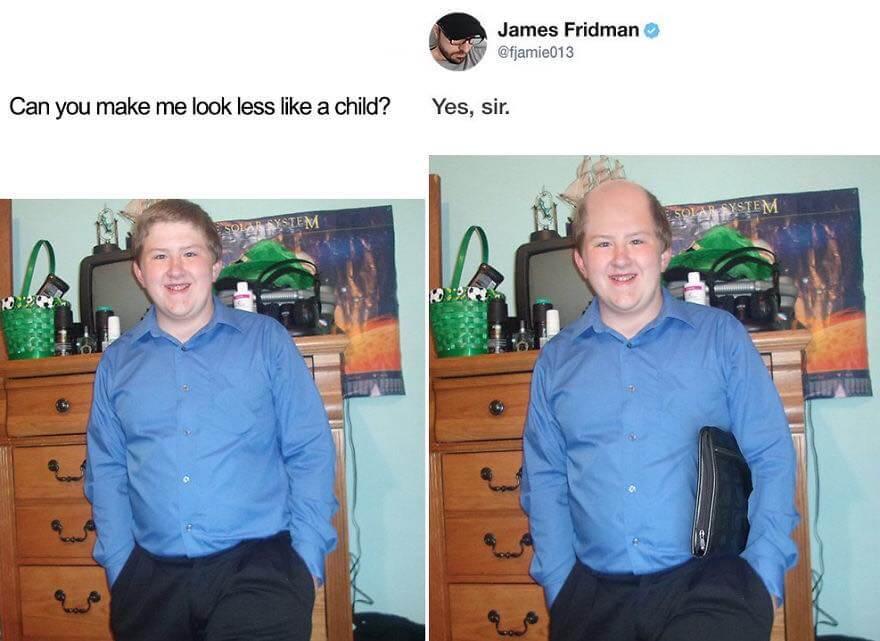 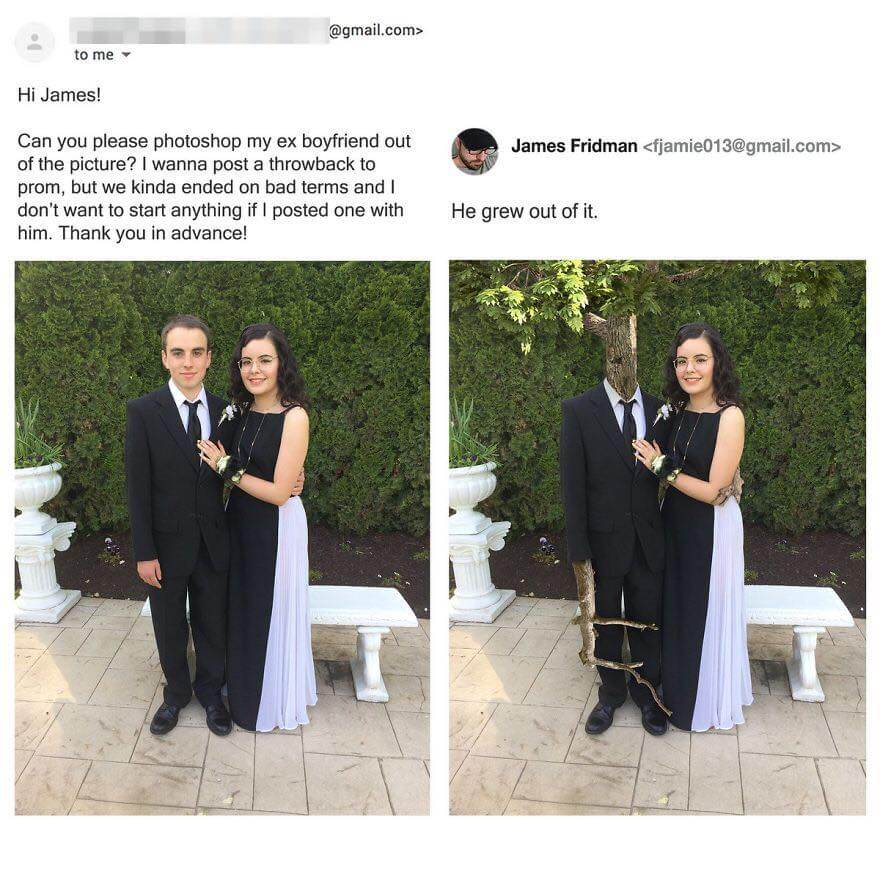 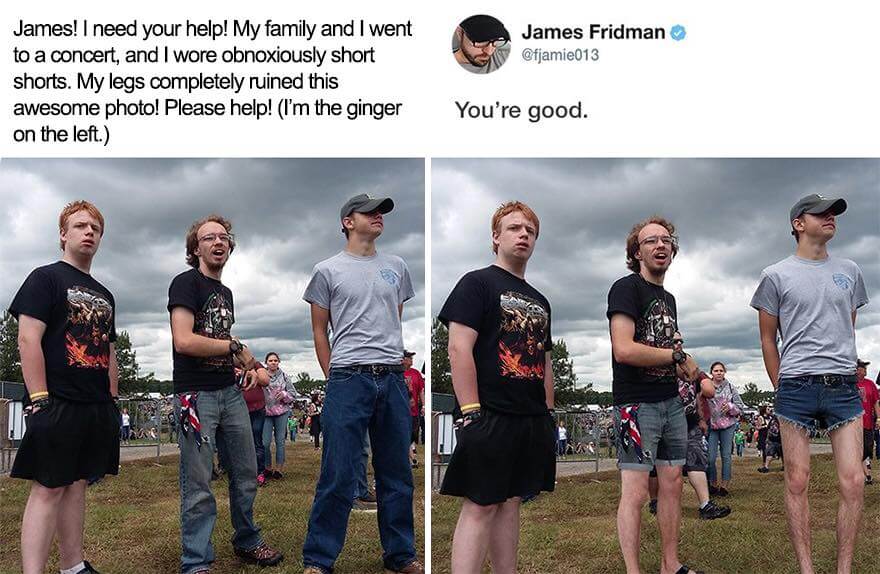 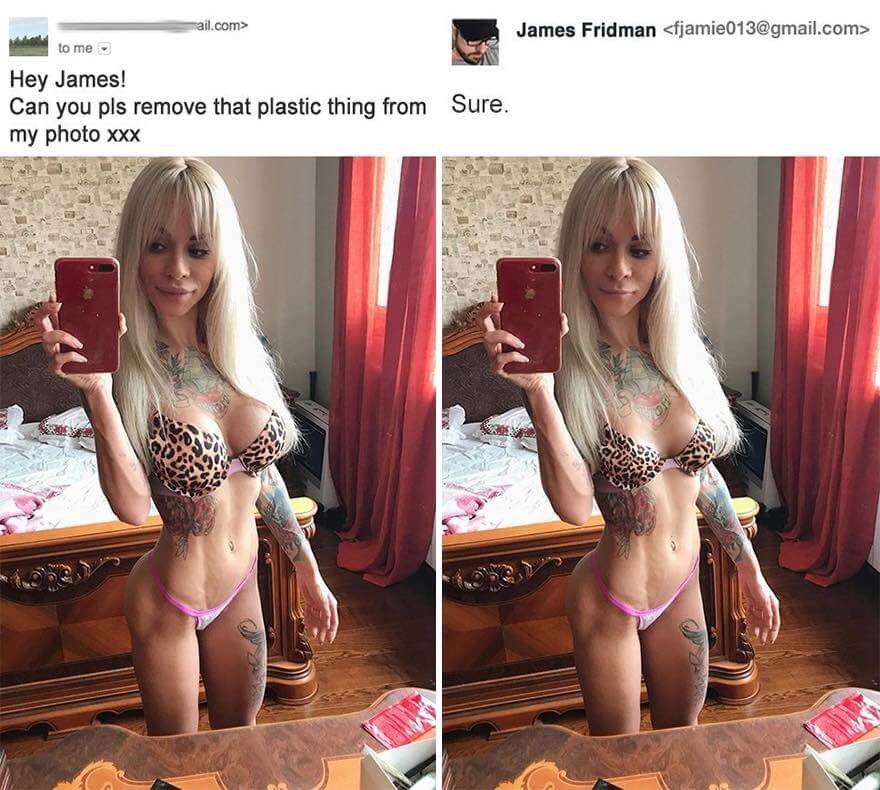 16. You should have dropped him in the first place 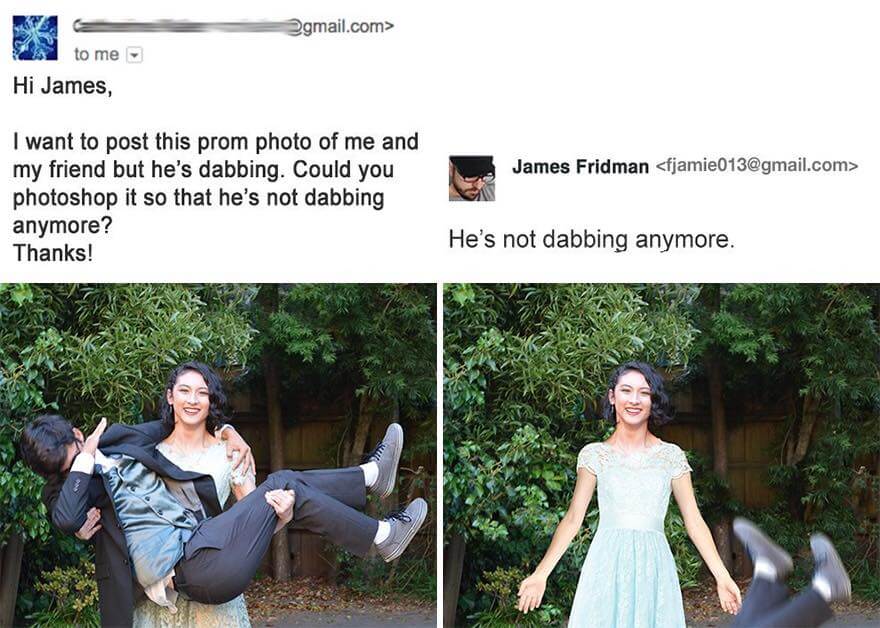 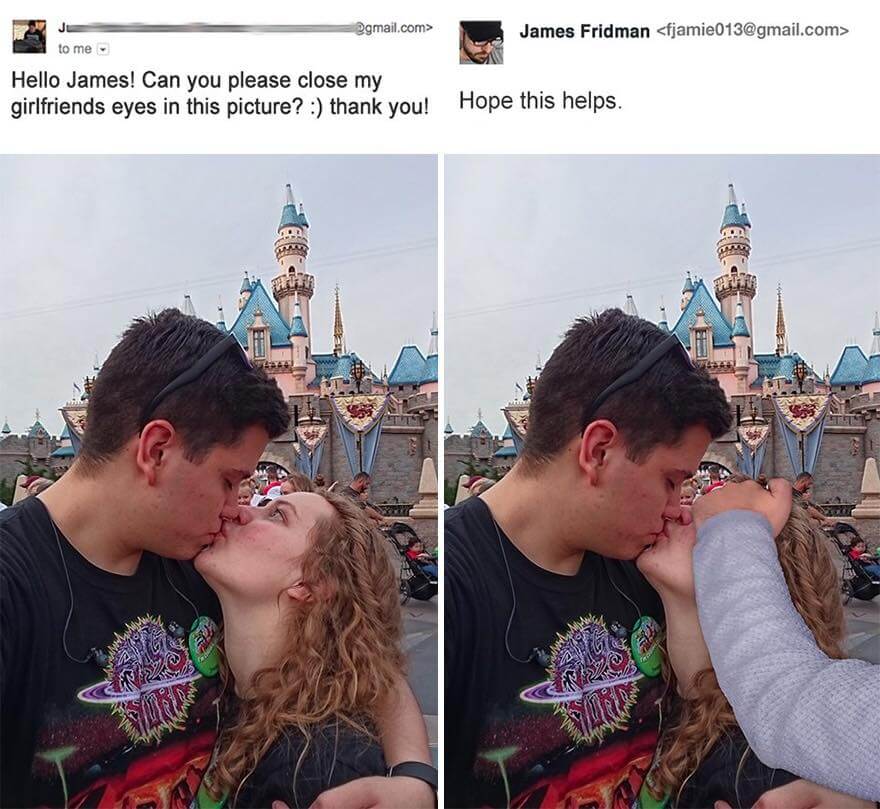 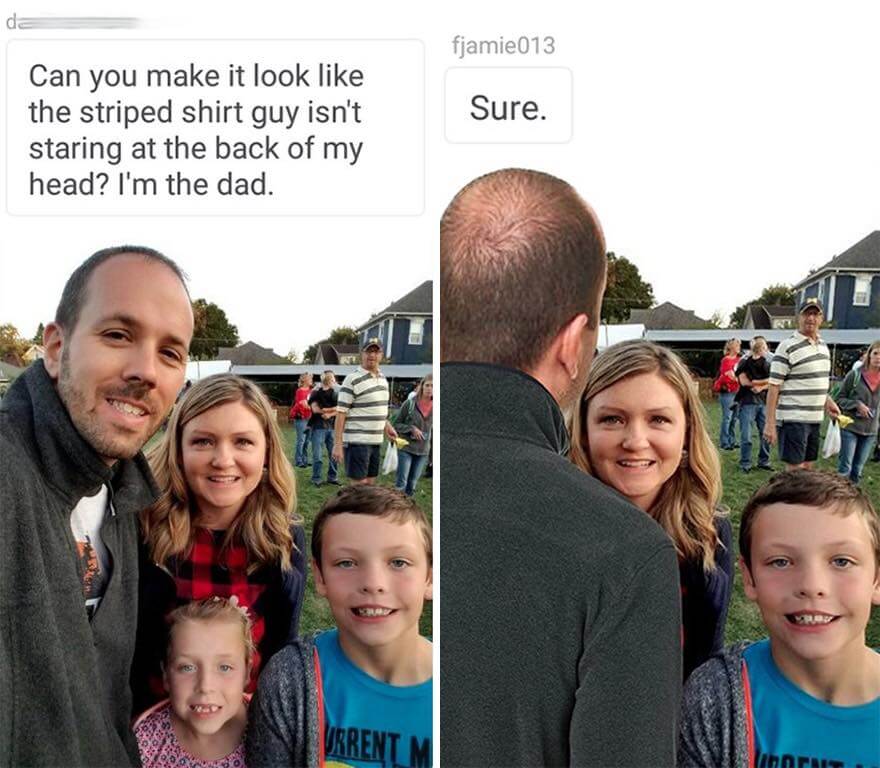 19. If you want an ass on Instagram…ask the Photoshop troll master for one! 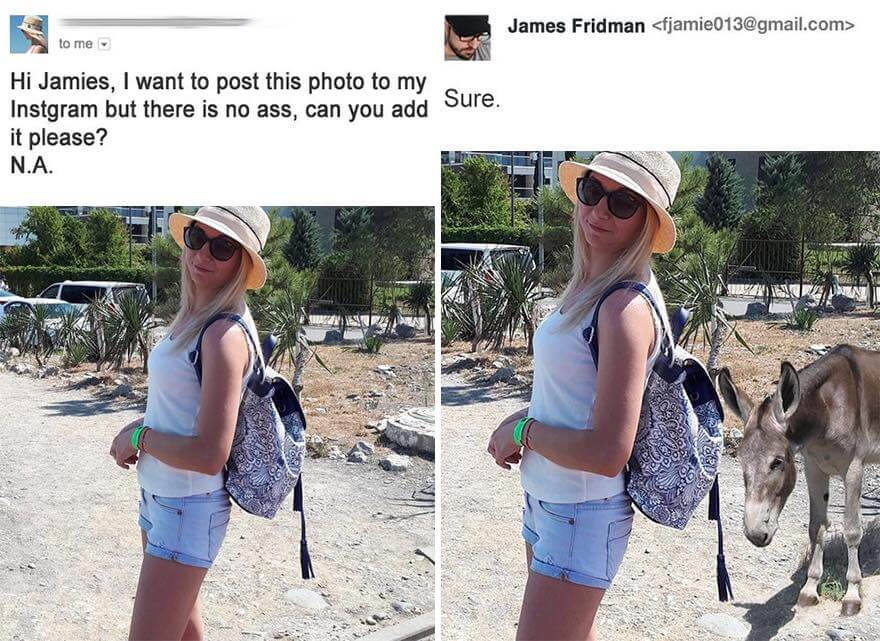 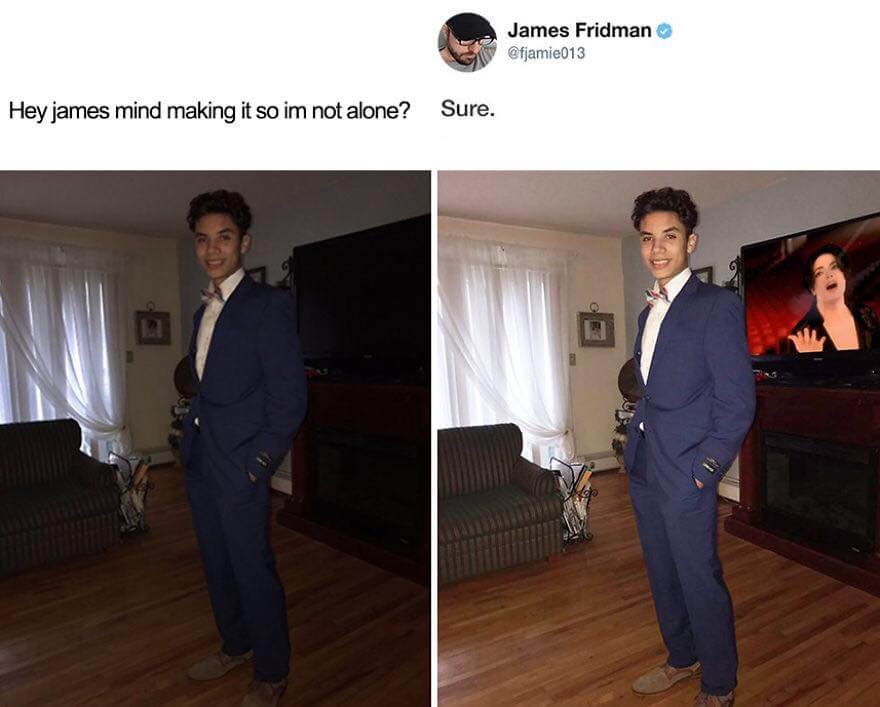 21. When the art director disagrees there’s nothing else you can do 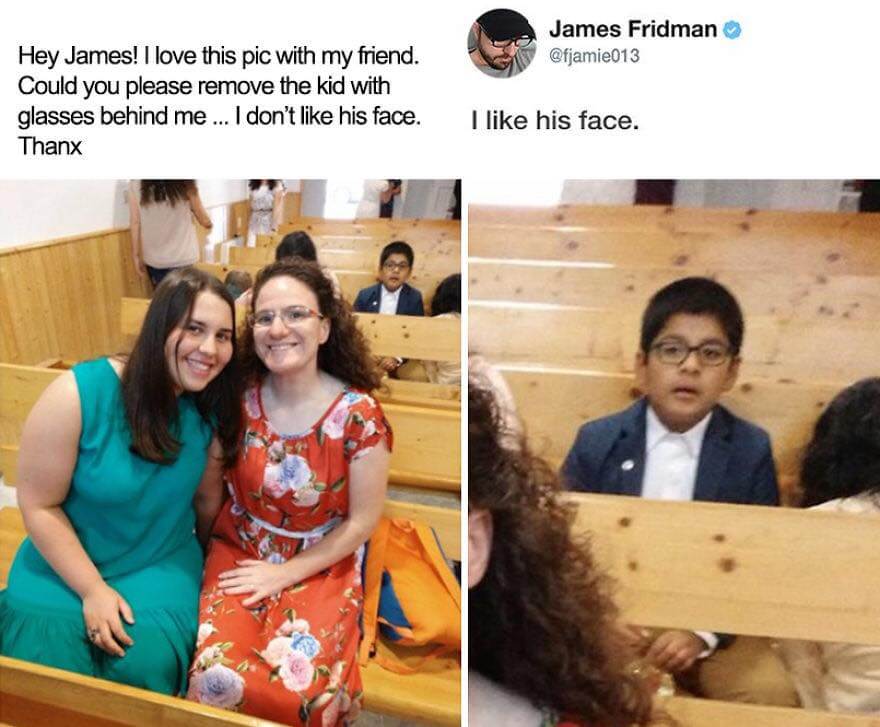 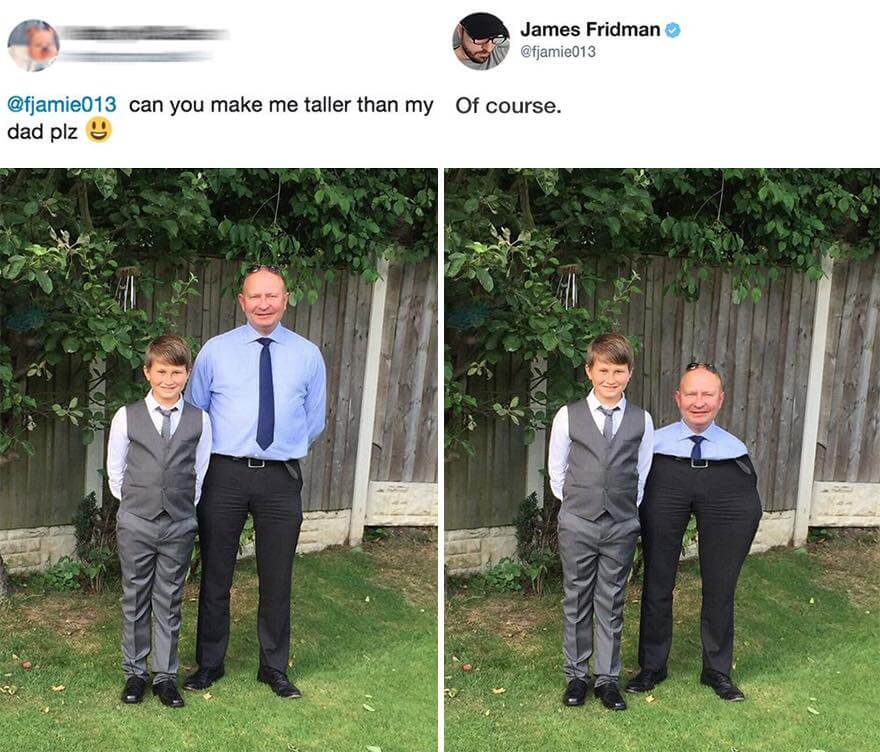 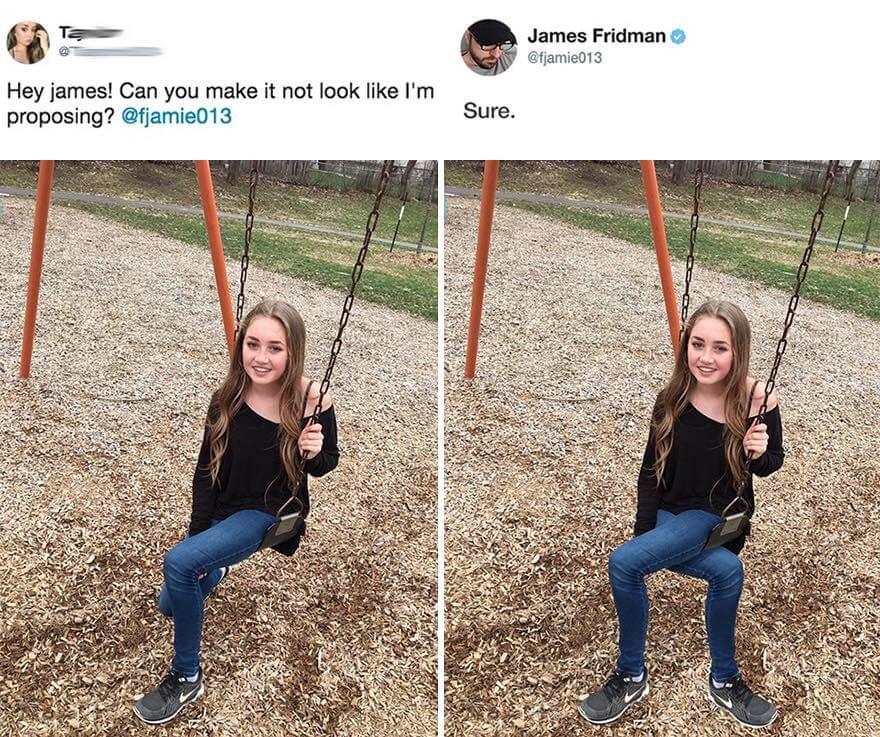 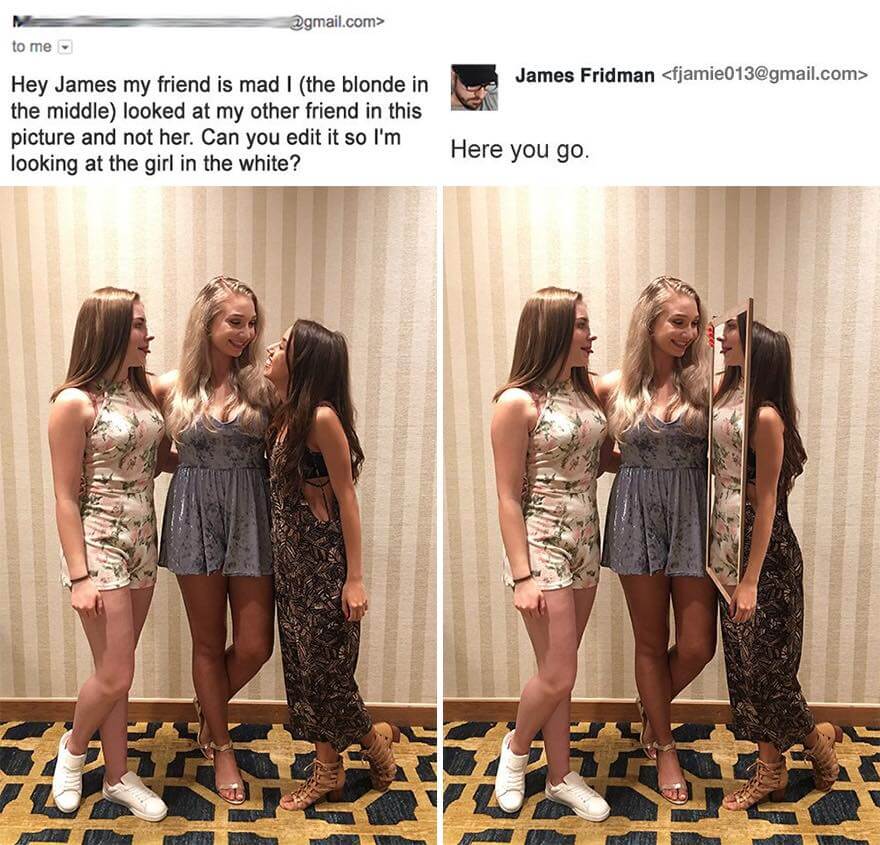 25. When the directions are not very specific 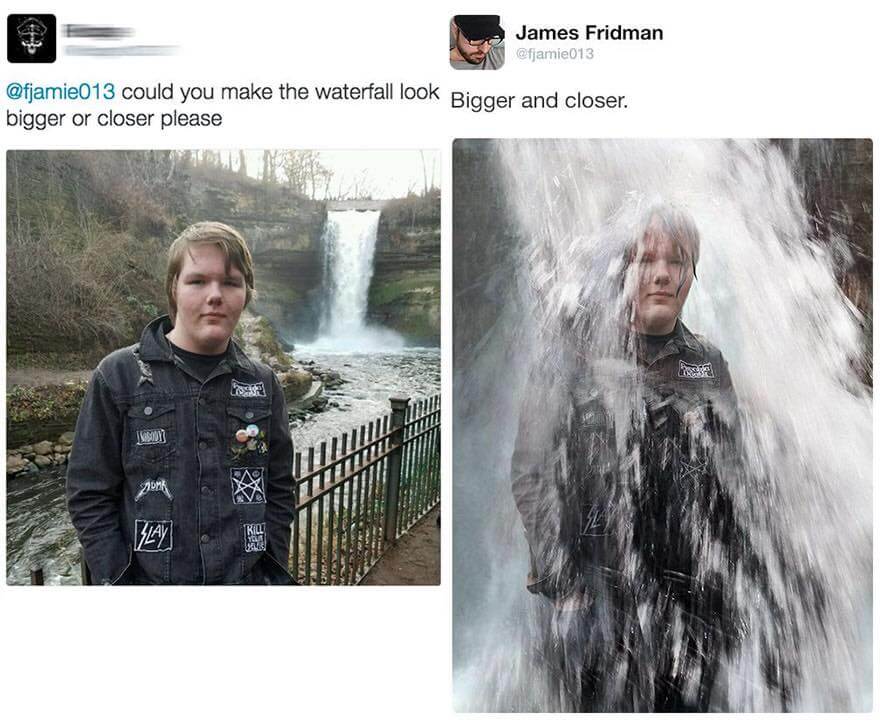 26. Photoshop is working its magic again, at the hands of the great James Fridman 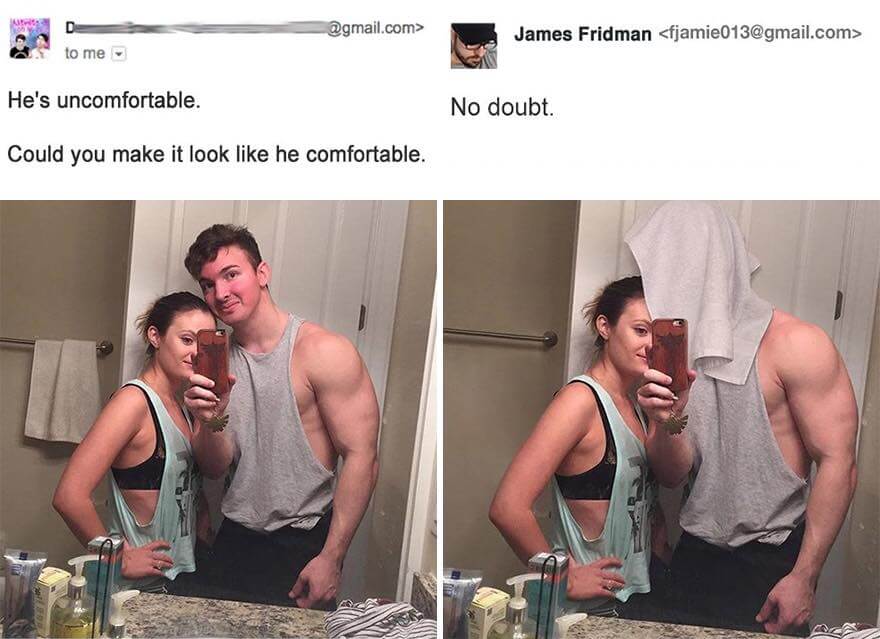 27. No Photoshop can help you respect yourself. You’re the one to pull that out! 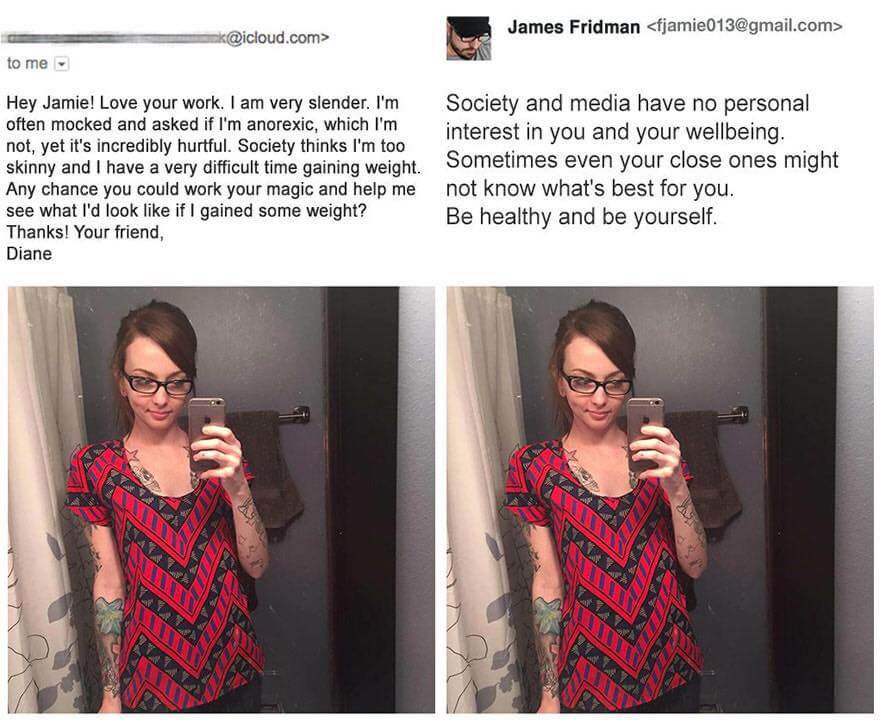 28.  Photoshop should be used for the good of all humankind! Proof right here! 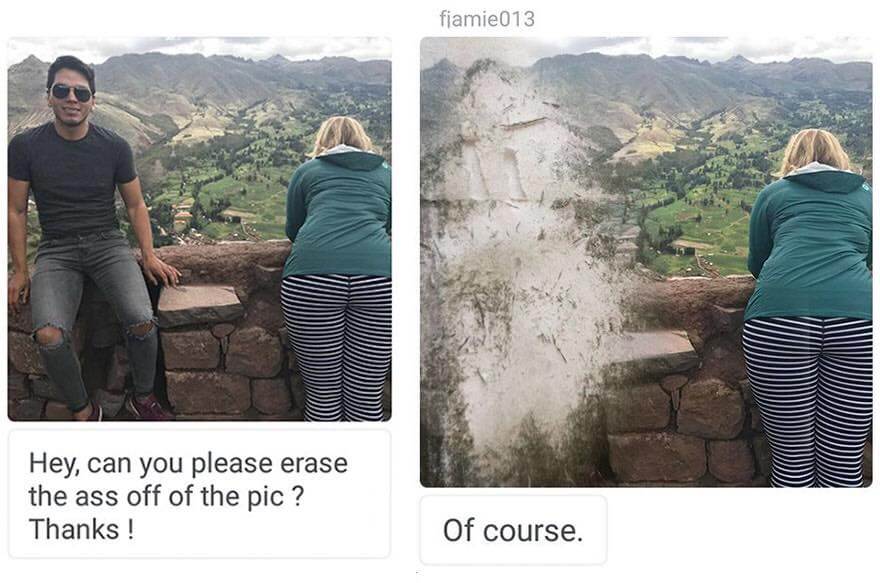 29. In the end, James Fridman has a lesson to teach 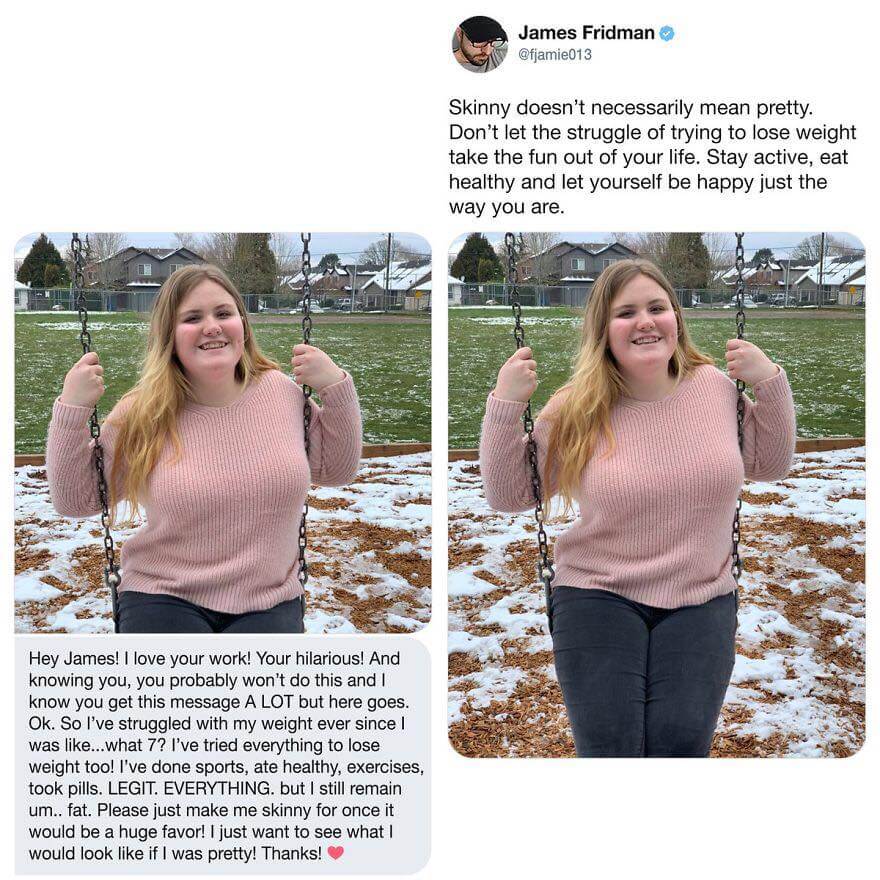