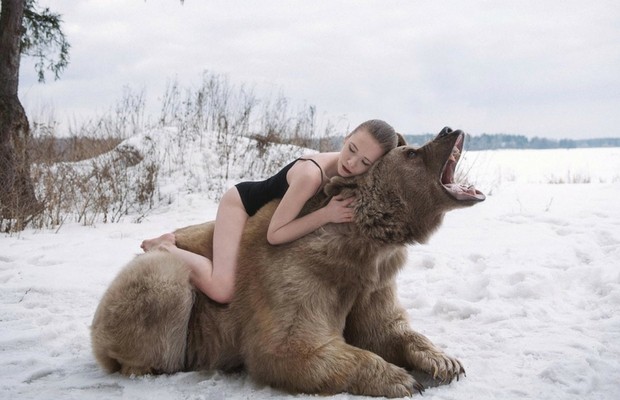 The Russian photographer Olga Barantseva is into animal photography which she combines with her love for fairy tales. The result is pretty much stunning and breathtaking. In her photographs can bee seen bears, wolves, raccoons, ostriches, owls, crocodiles, snakes… The atmosphere is “Beauty and the beast” like, especially when the main character of the photo are a huge brown bear and a beautiful gentle girl.

A 1,500 lb., a 7-foot-long brown bear featuring Olga’s photos is scary only at the first sight. Actually, he is a professional actor and his name is Stepan. He was raised by circus trainer ever since he was an orphaned 3-month-old cub.  He was too domesticated to be released in the wild again when became grown bear. By today, age 20,  he has been an actor in 20 Russian movies and is an in-demand photo model.

Check out in the gallery bellow beautiful animal photos and learn what the photographer Olga Barantseva told for PetaPixel about her work. Have in mind that these photos were taken in very controlled conditions and don’t try to take selfies with wild animals or something similar which would endanger your safety.

“Photo sessions with animals have become quite popular…” 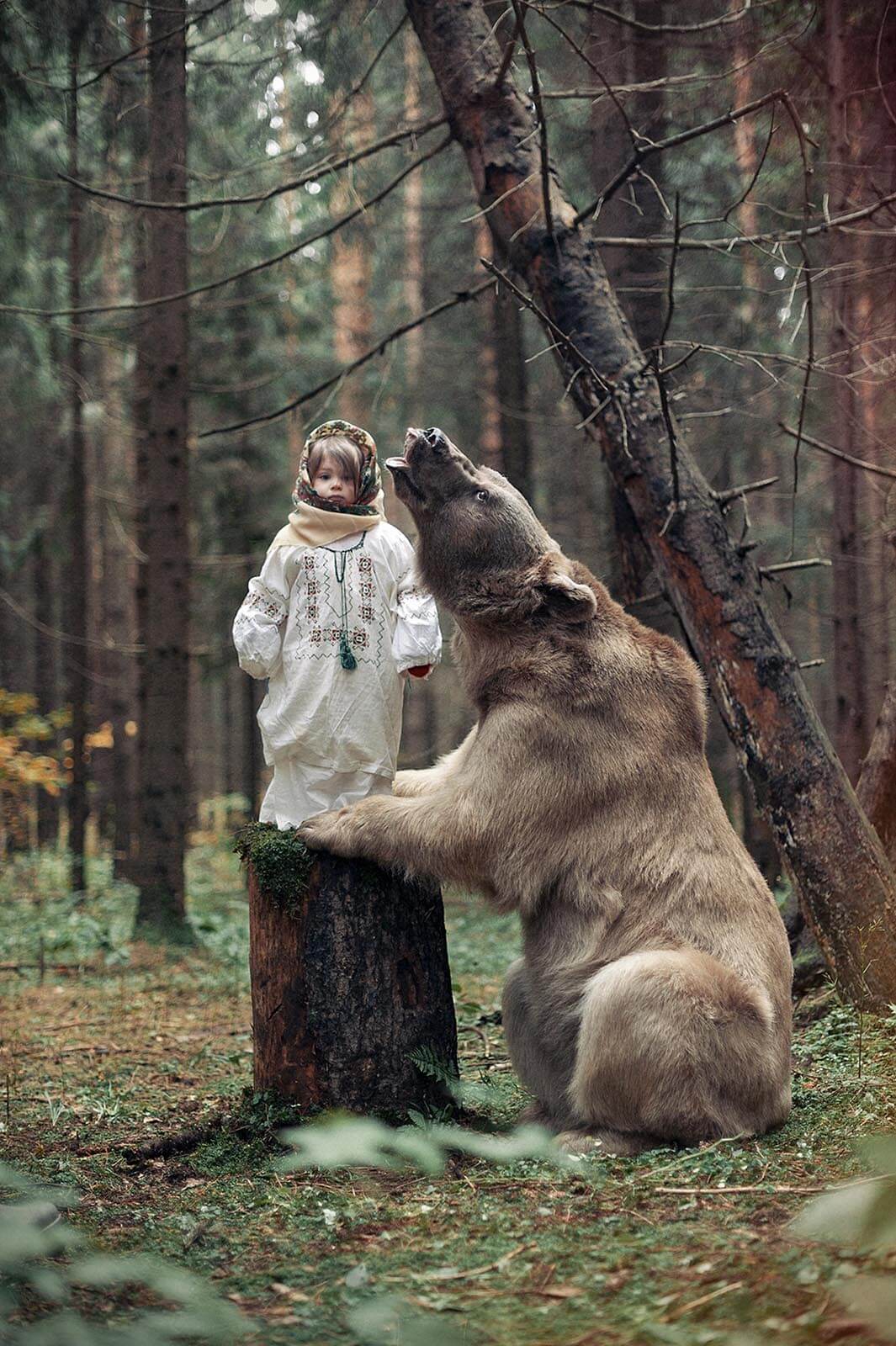 “Almost any animal or bird or even a reptile can be found on rent for photography and a lot of photographers use them. I’m no exception.” 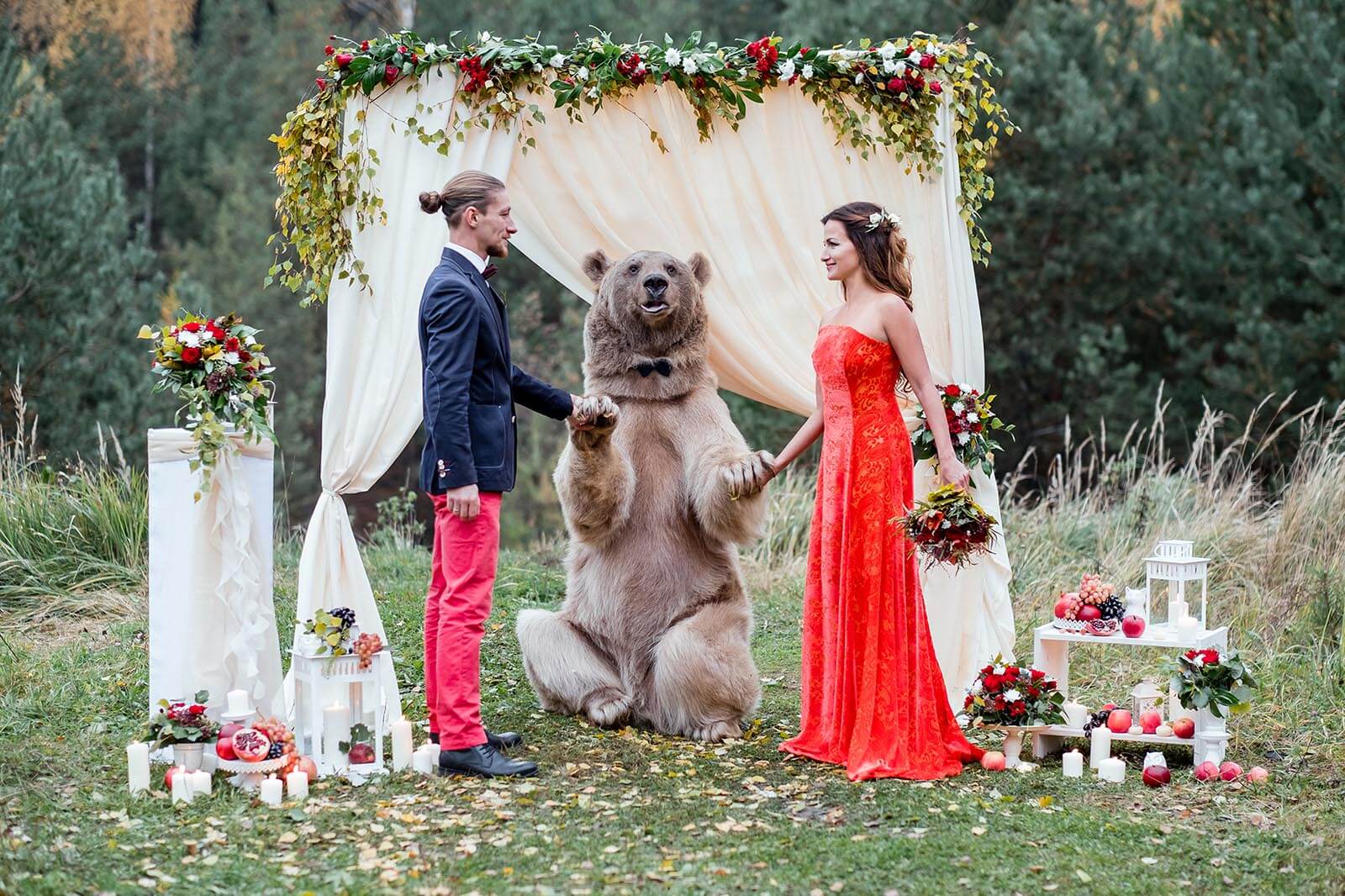 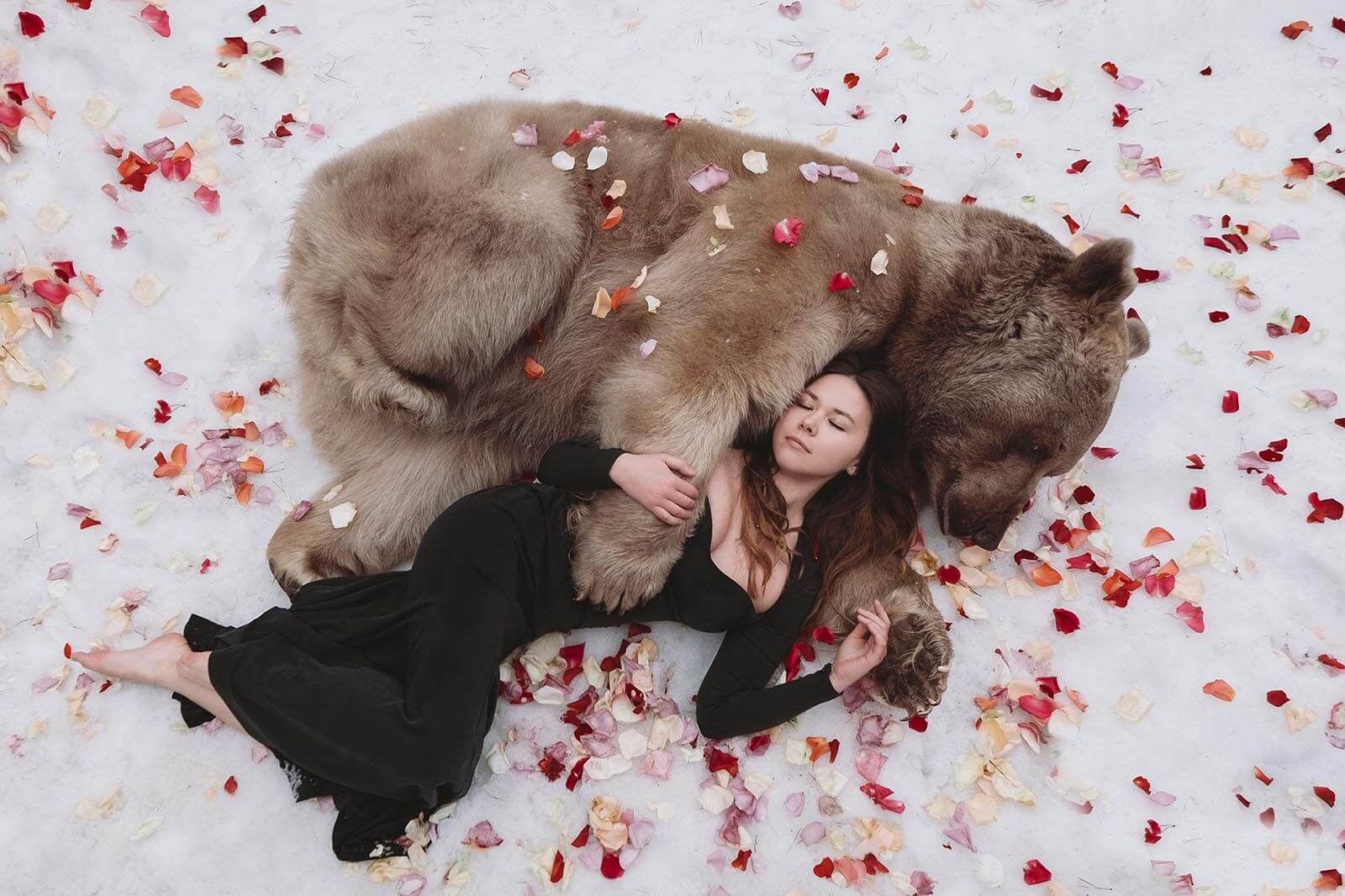 The most important thing is the idea, not Photoshop.” 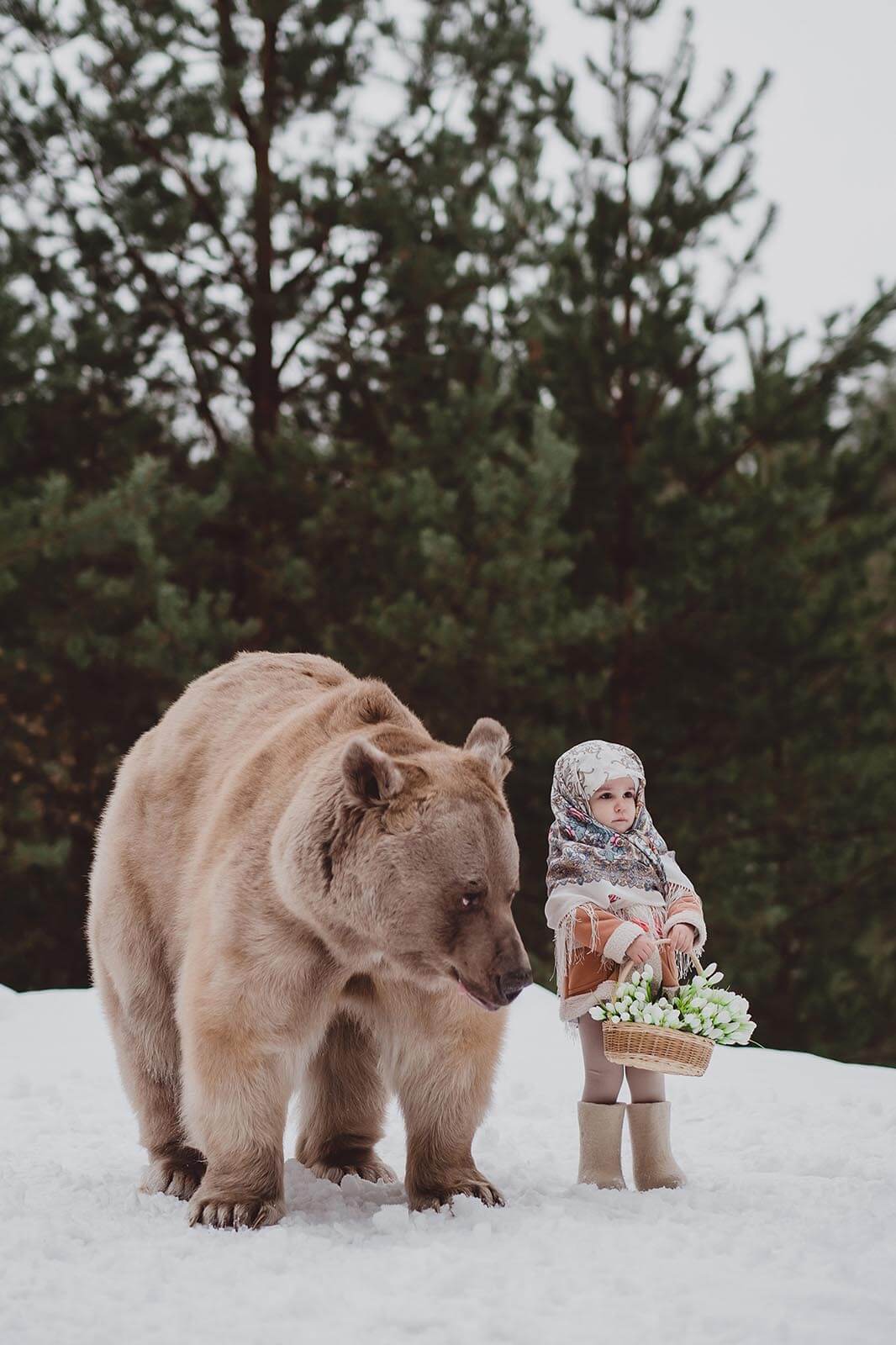 “Mainly I’m interested in creative portraits. I have an interest and passion for creative photography… 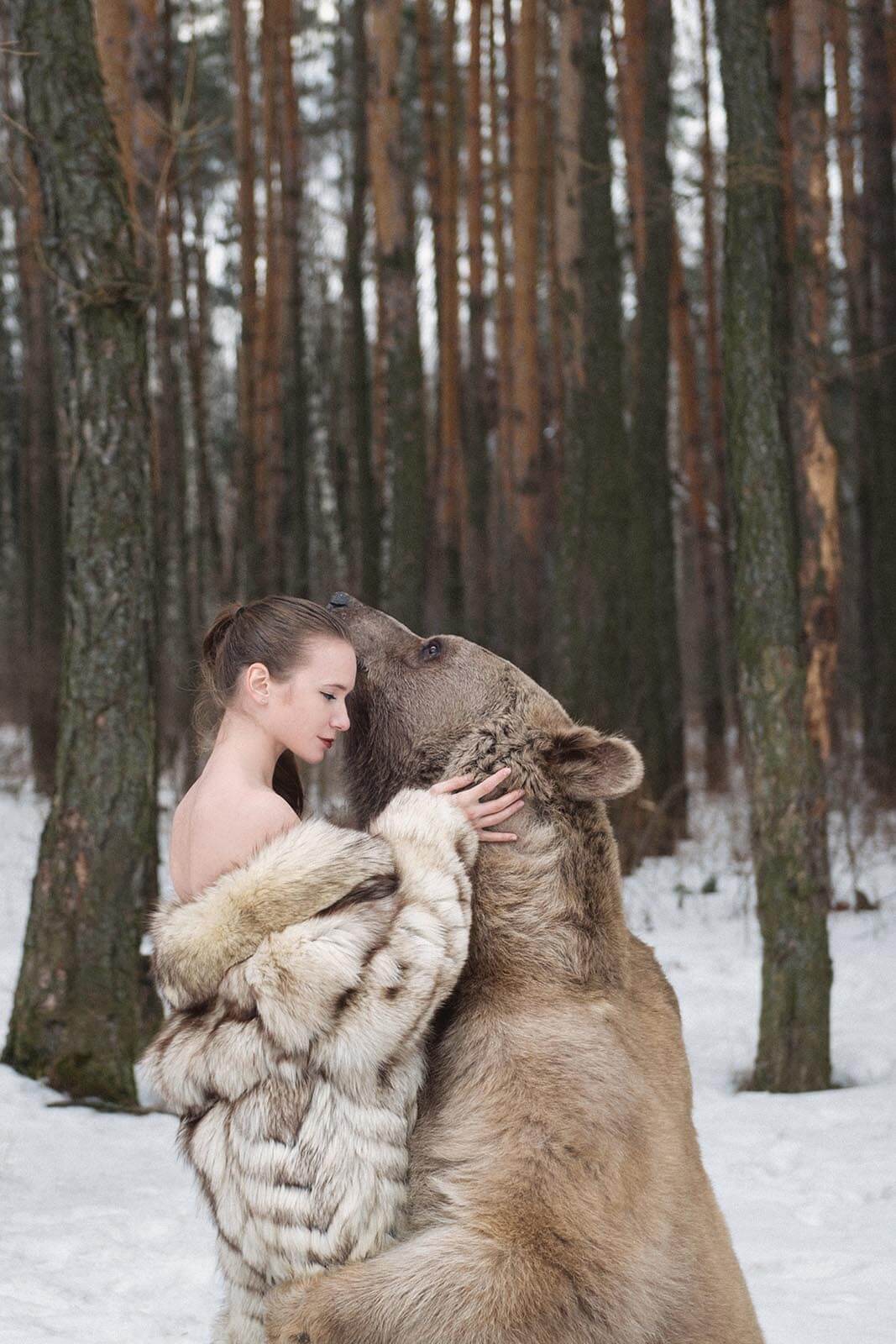 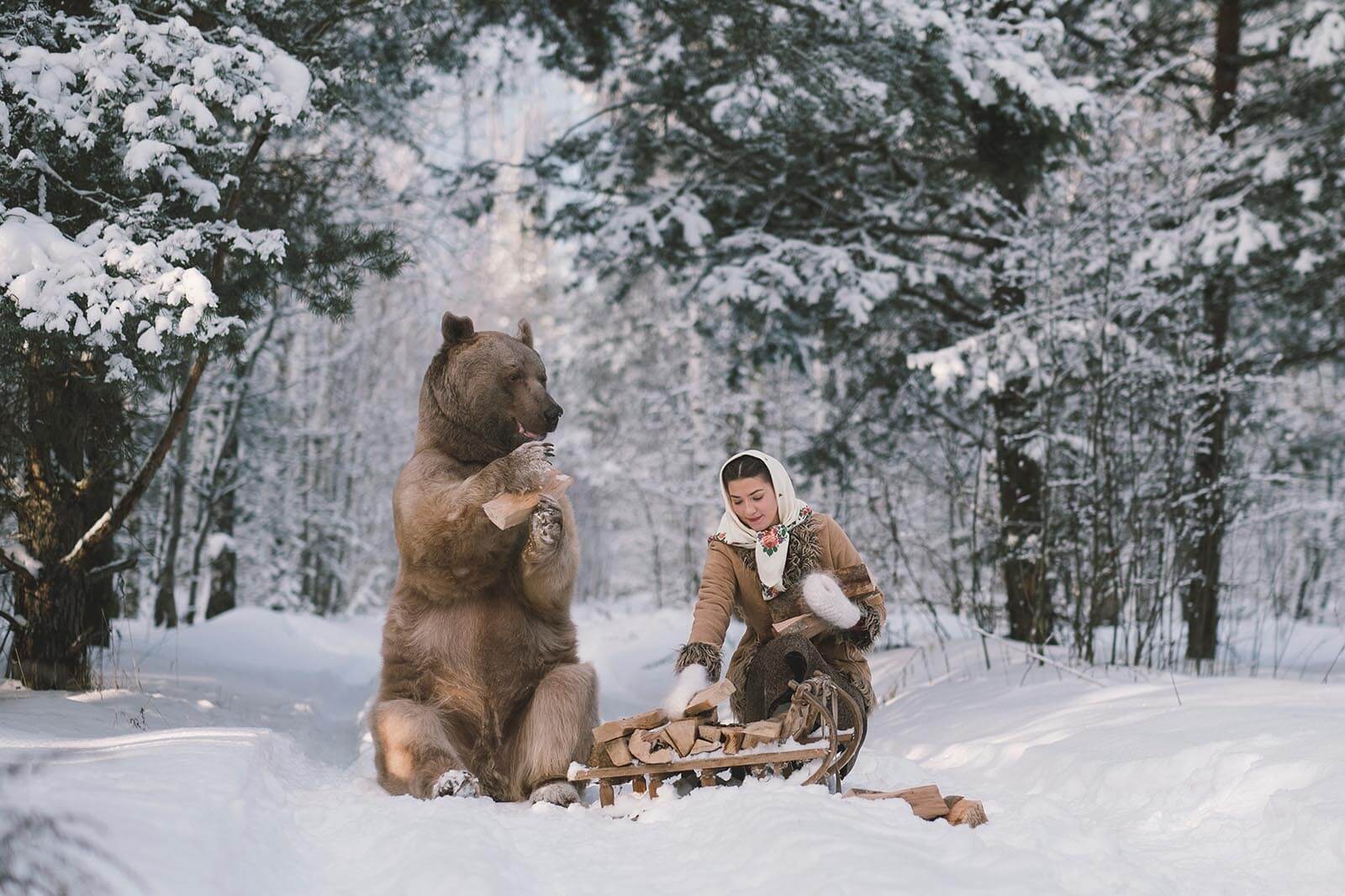 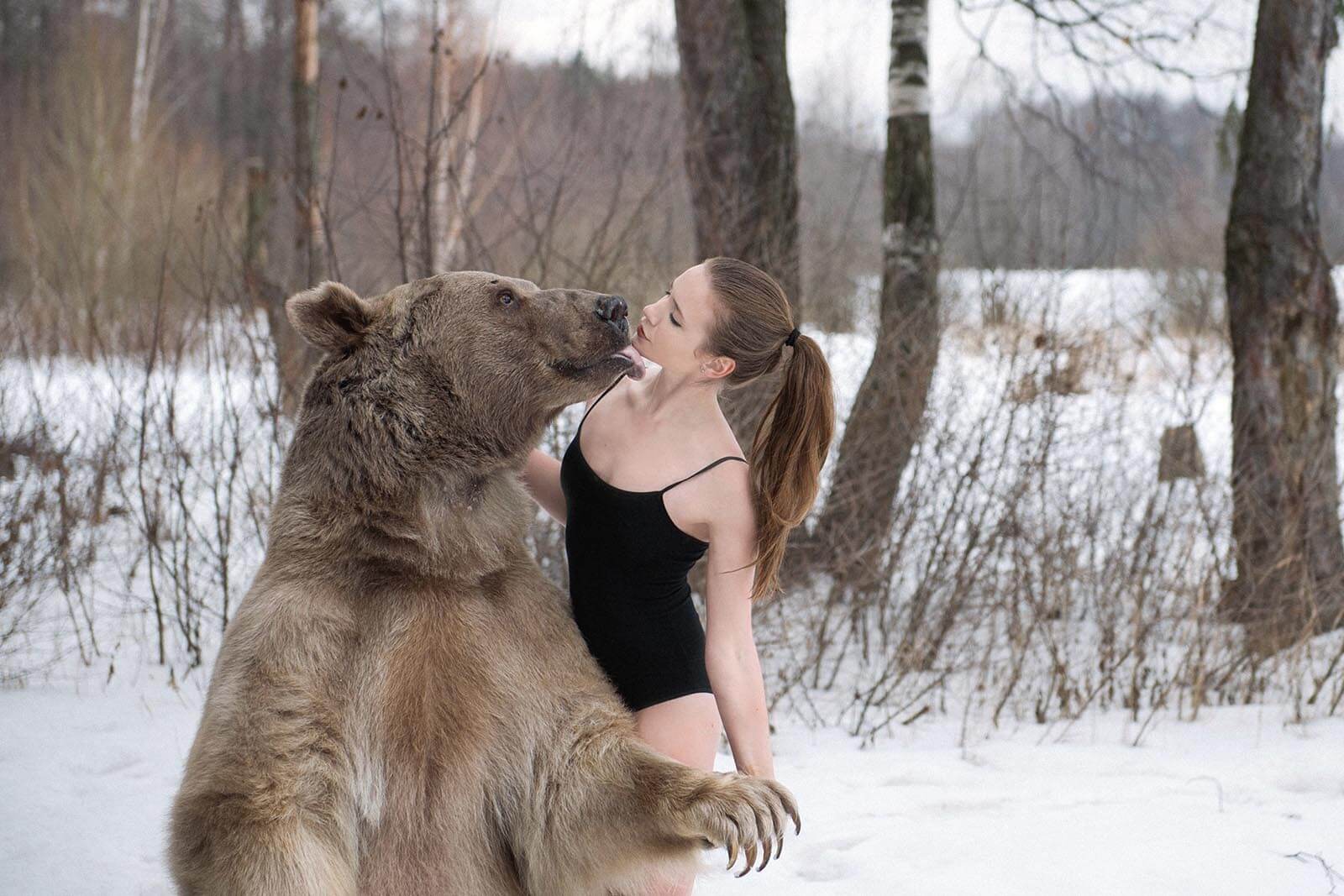 We can also shoot combined photos with foxes, owls, and ravens.” 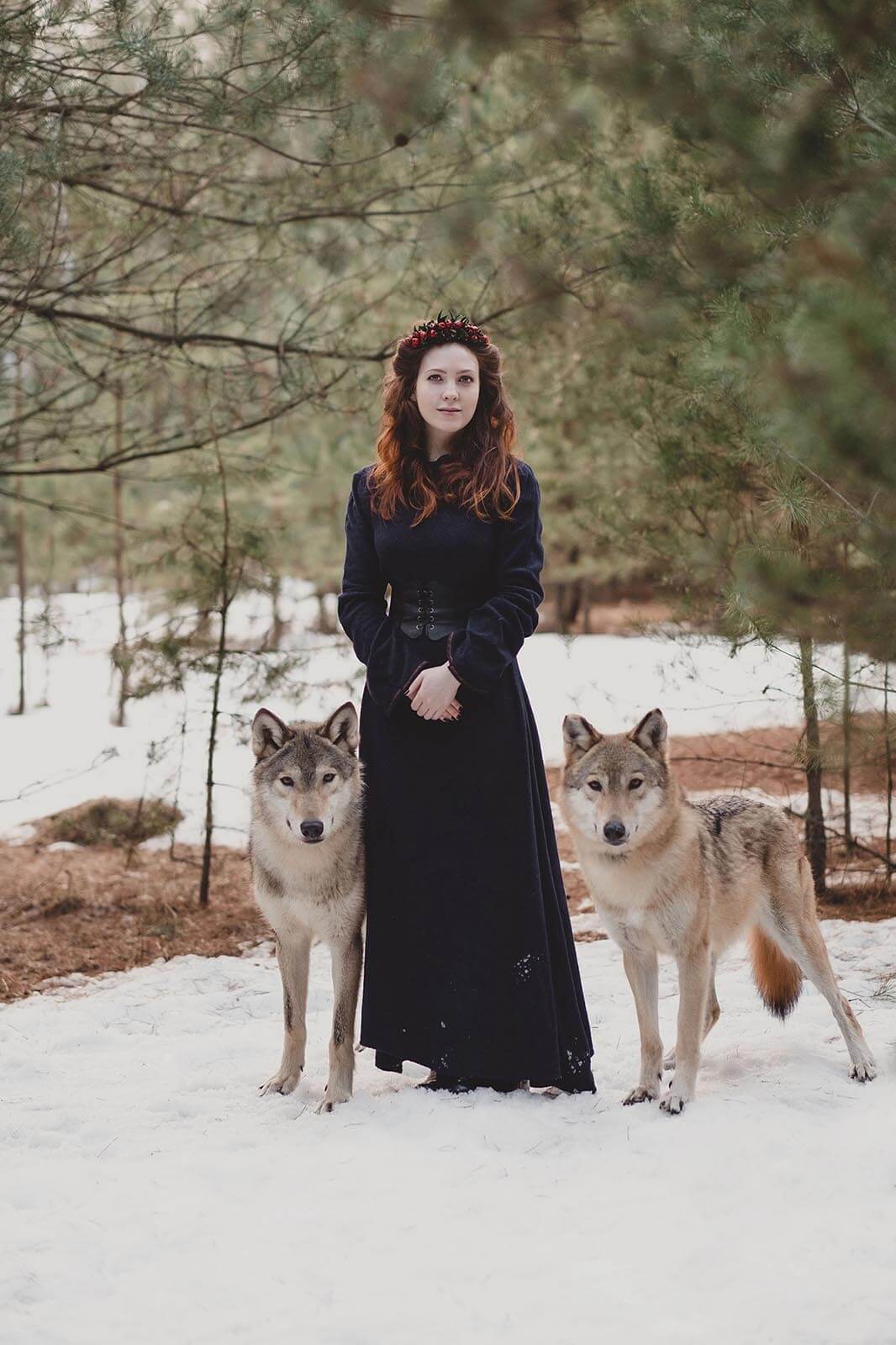 There is always a place of kindness and love!” says Olga Barantseva.”

“It is impossible to combine the bear with other animals. The wolves can take part with the other animals in the same shot… 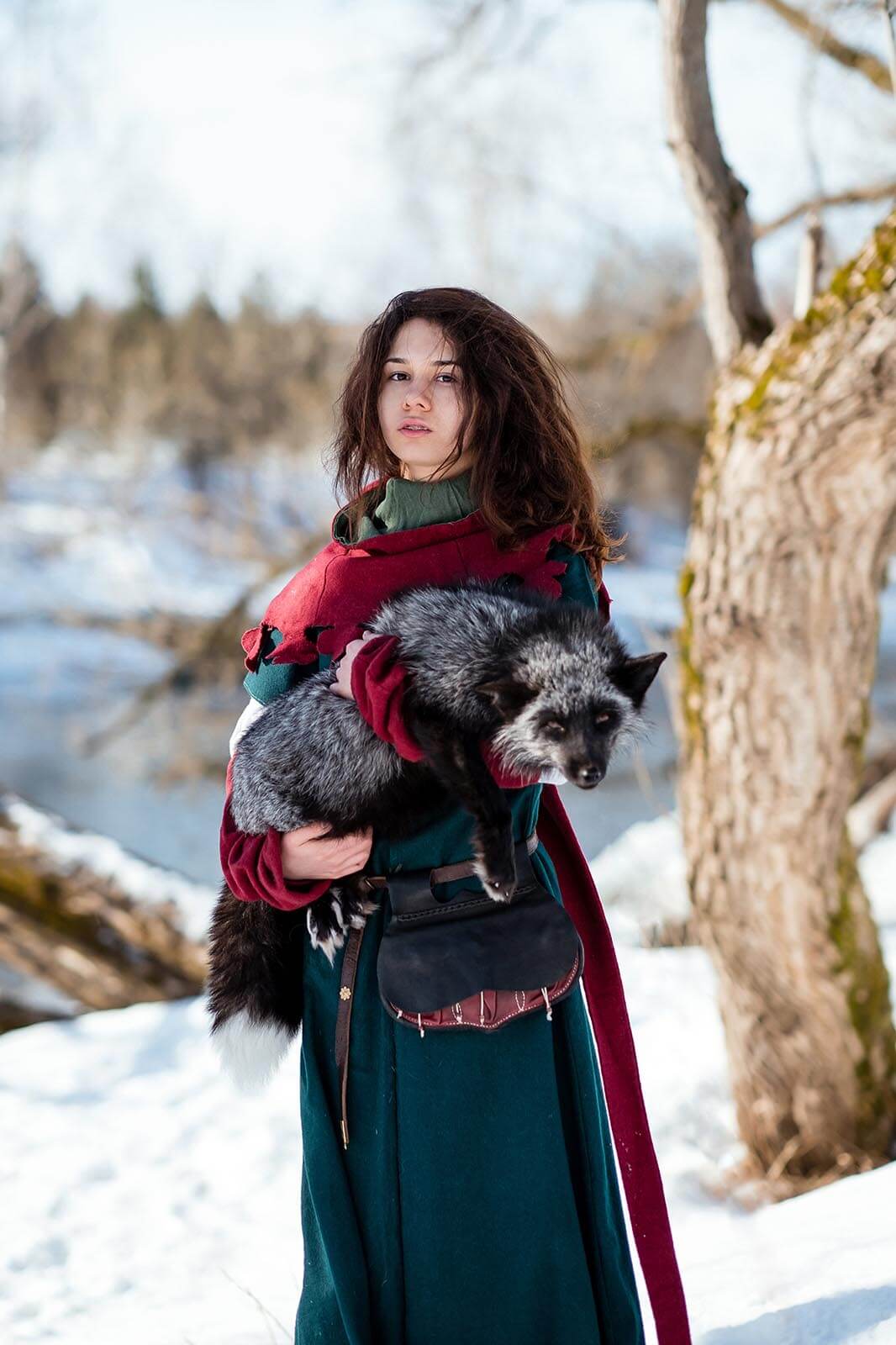 Scroll down for more dreamlike animal photographies by Olga Barantseva. 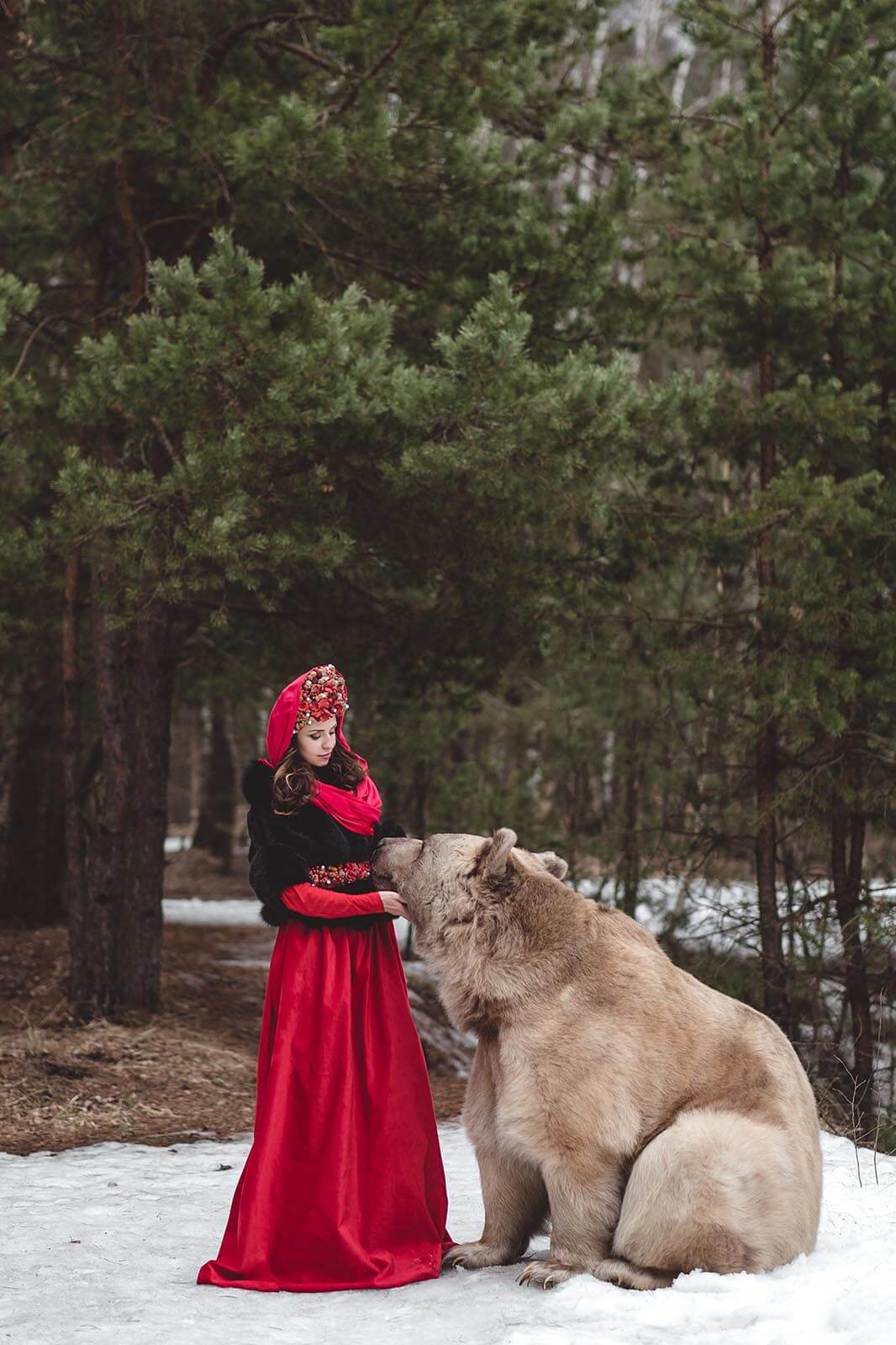 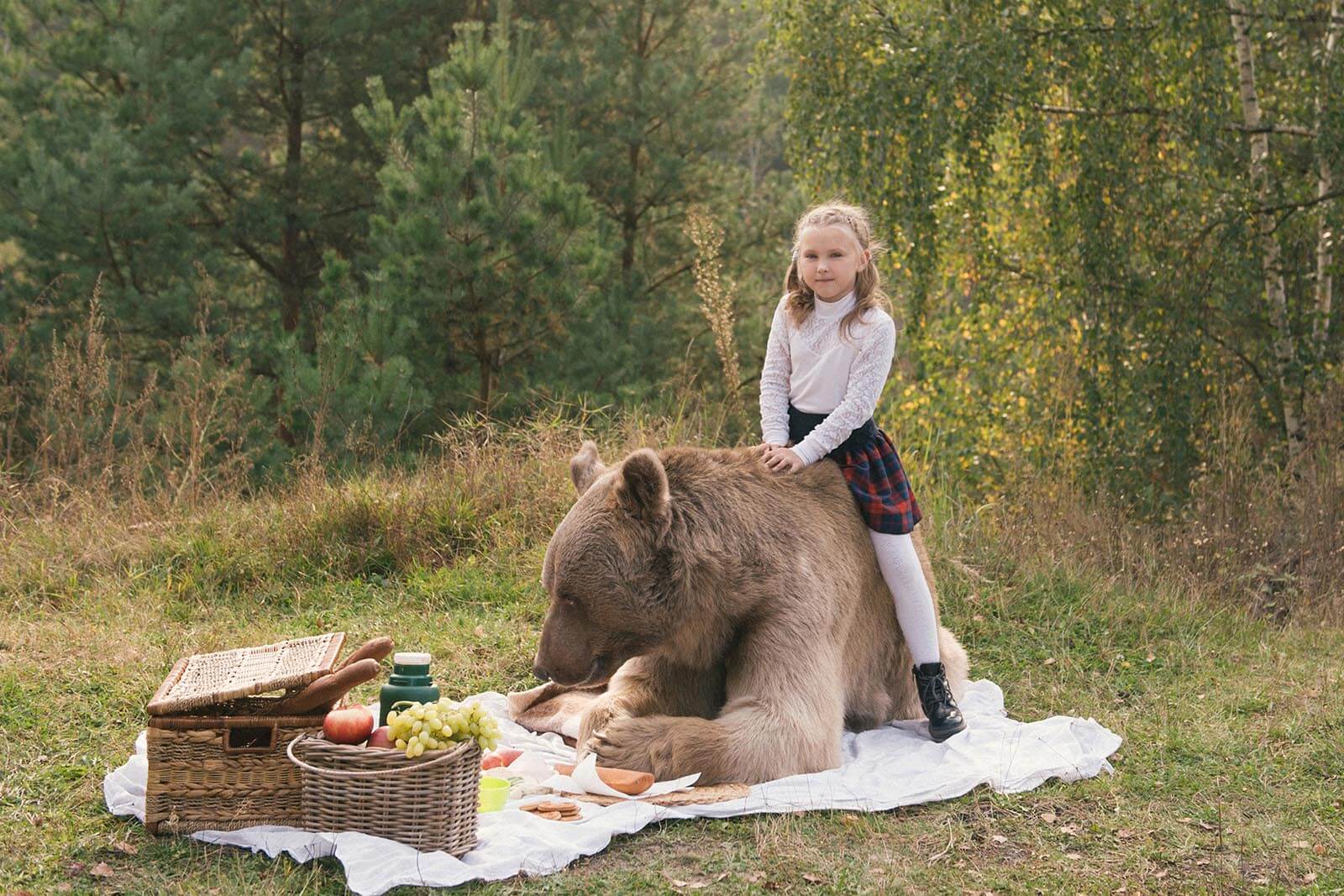 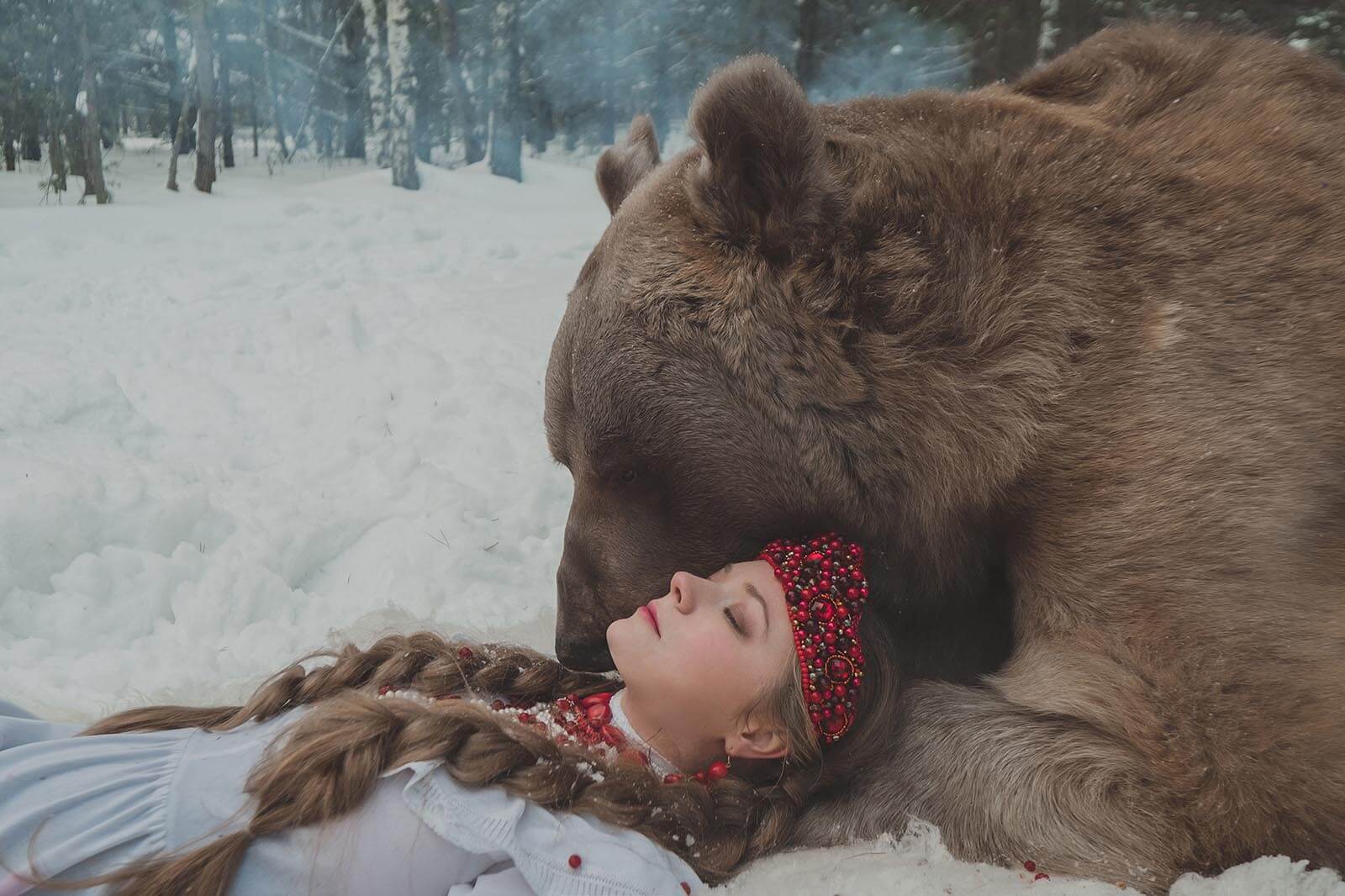 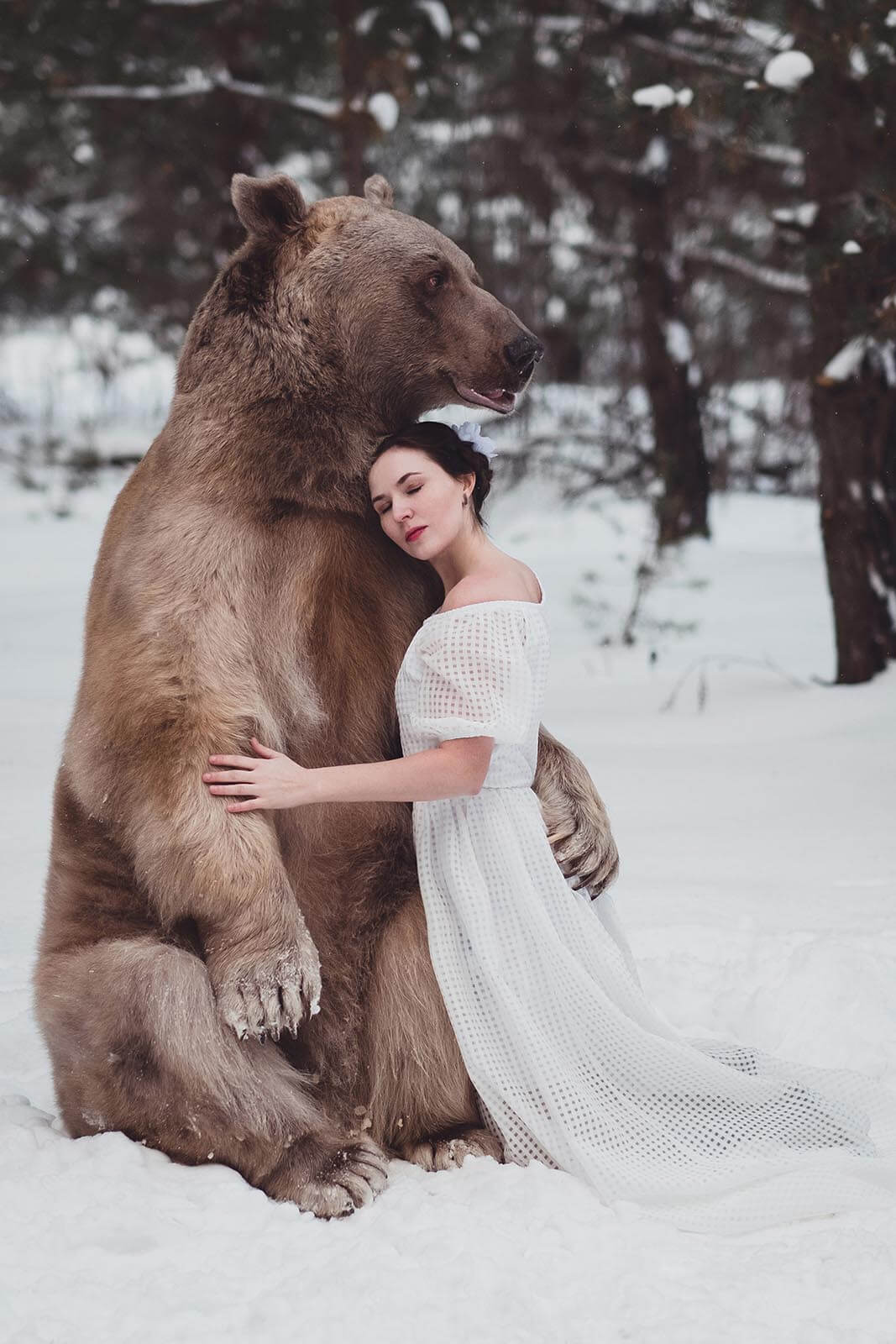 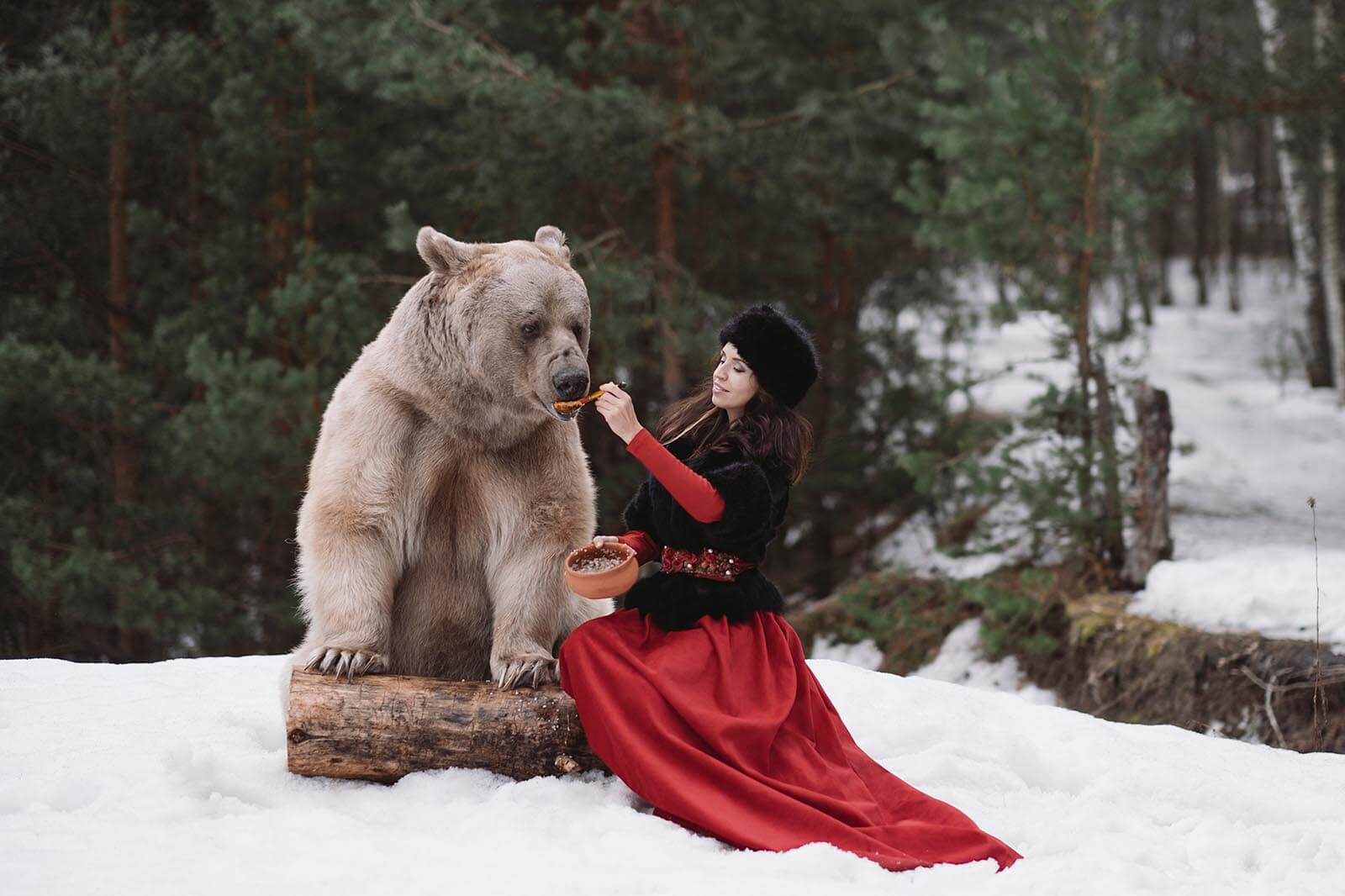 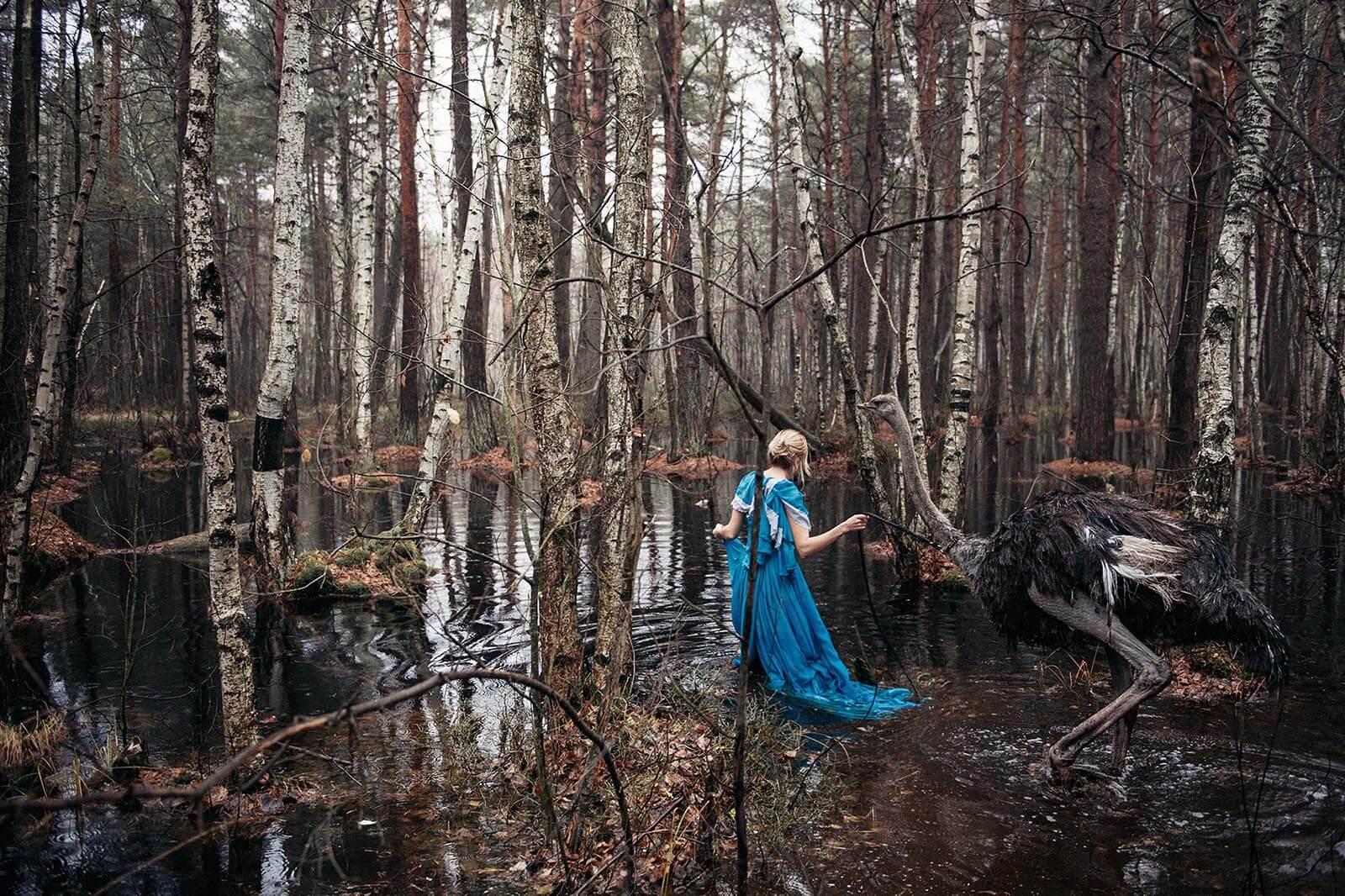 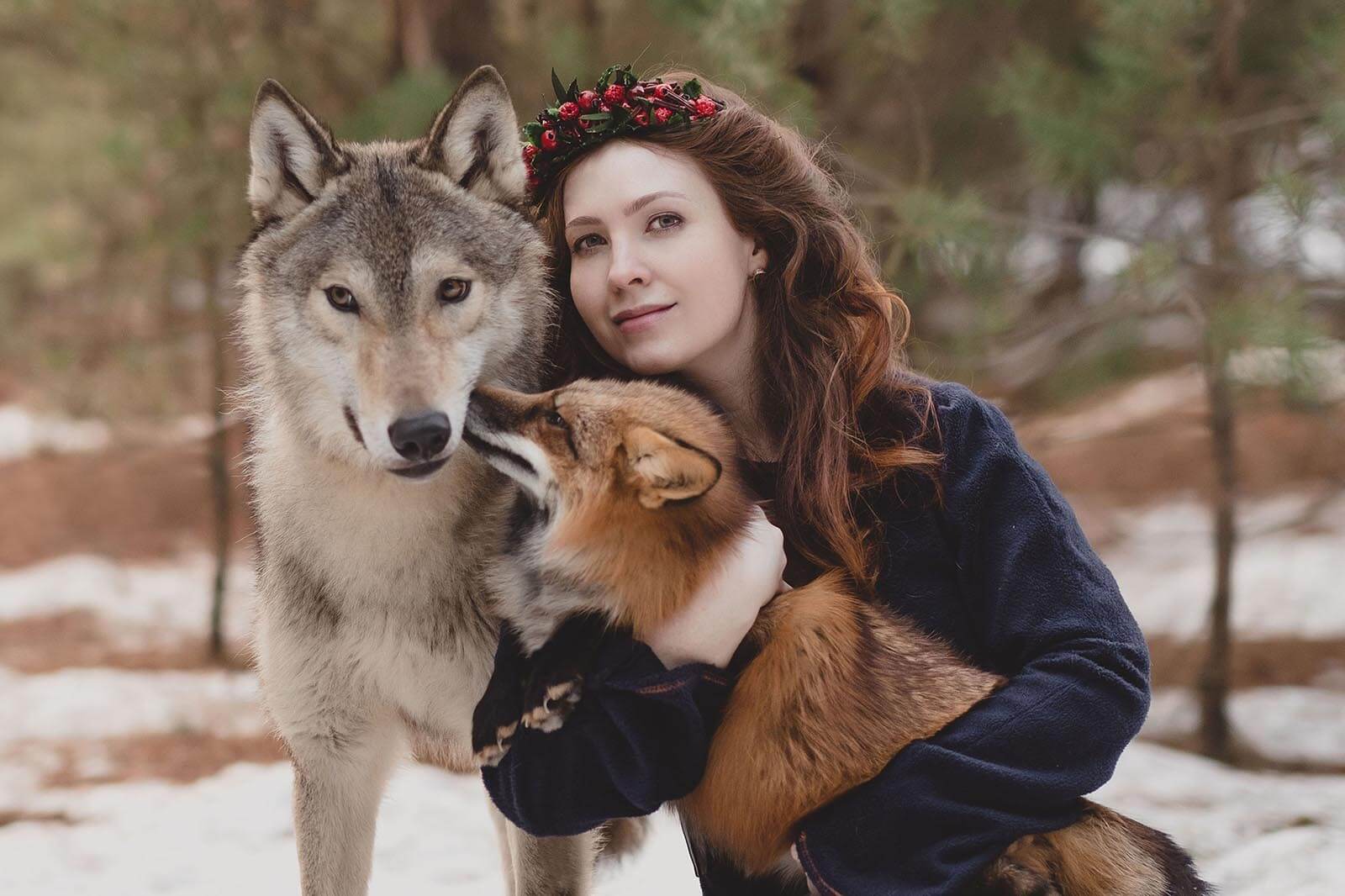 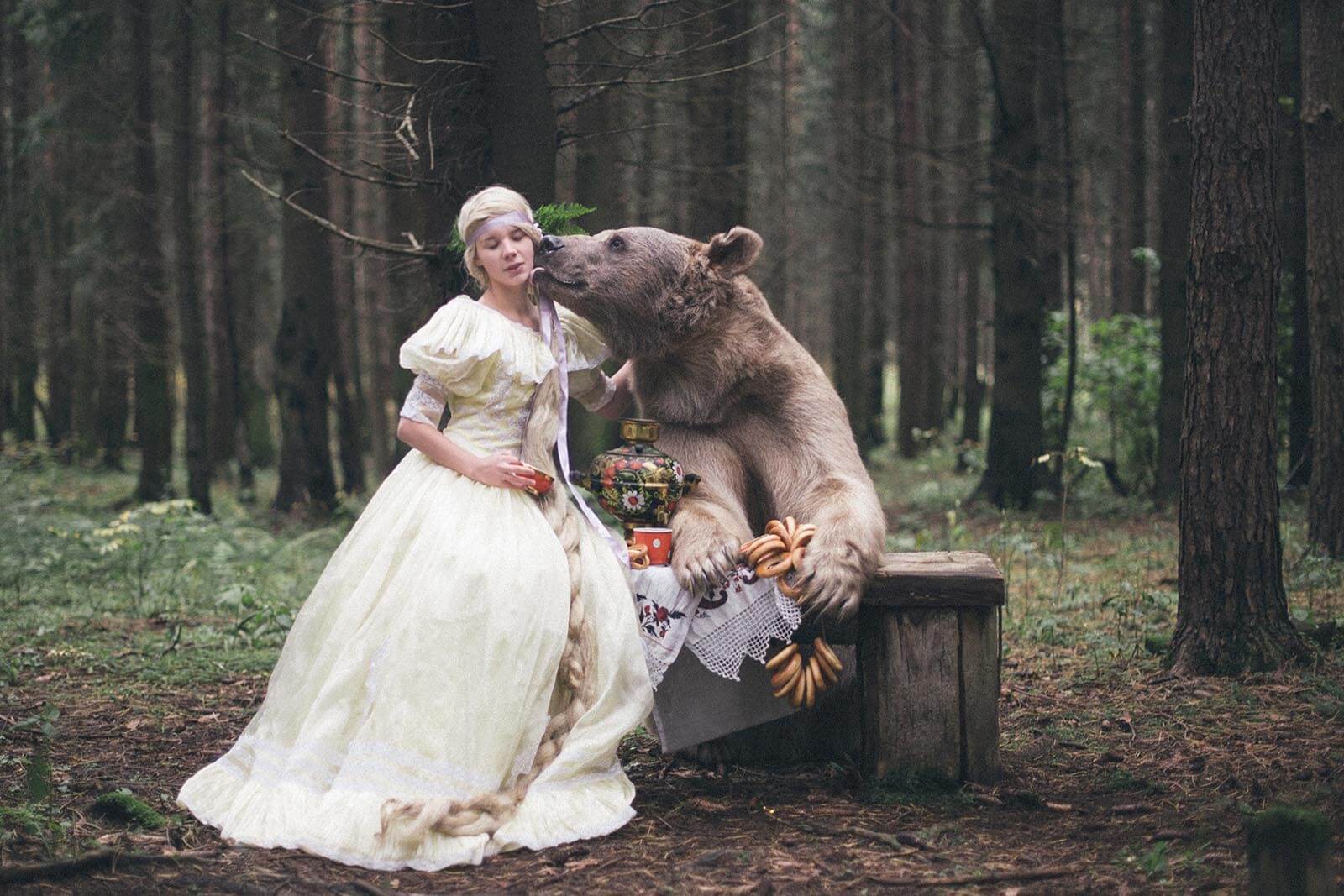 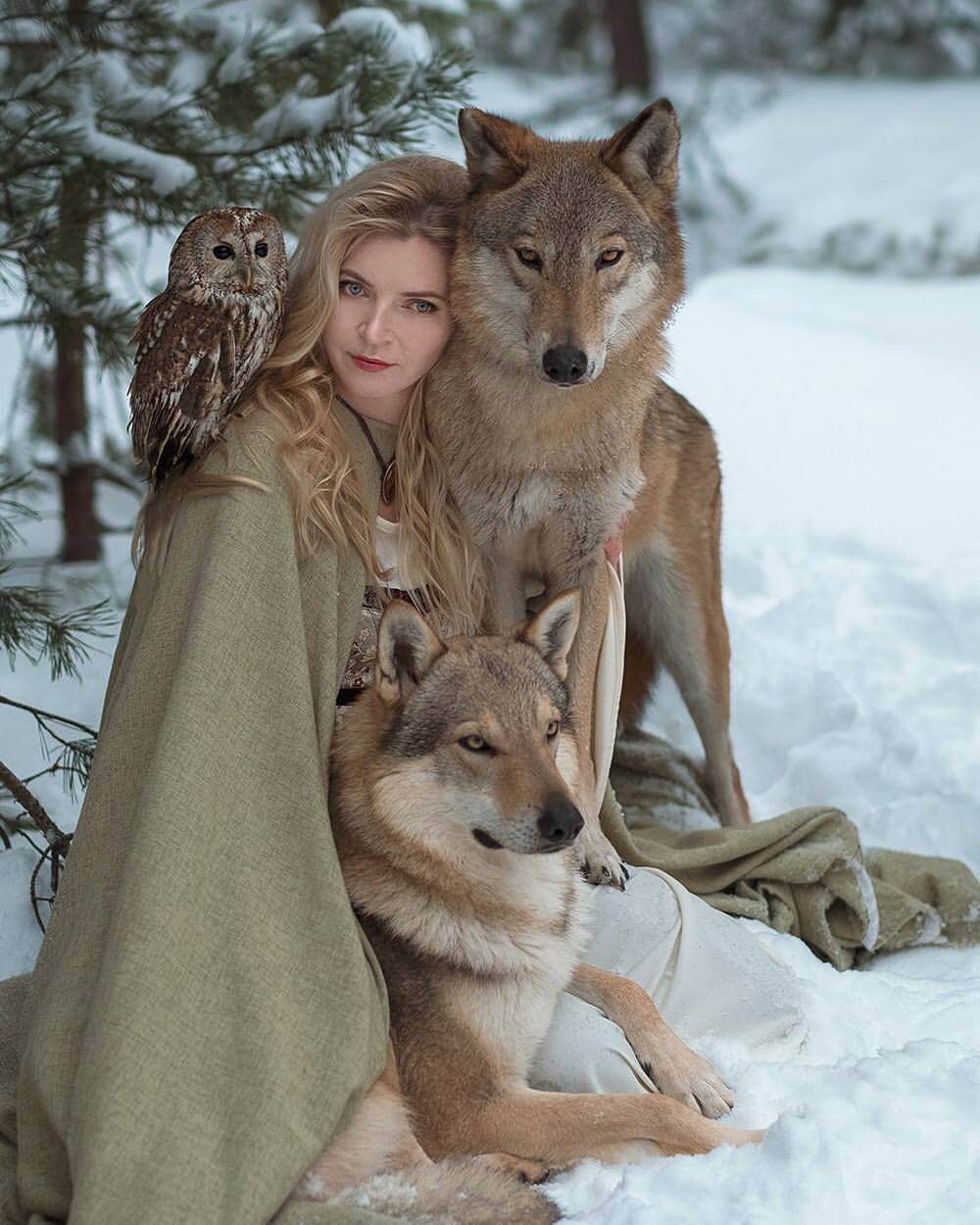 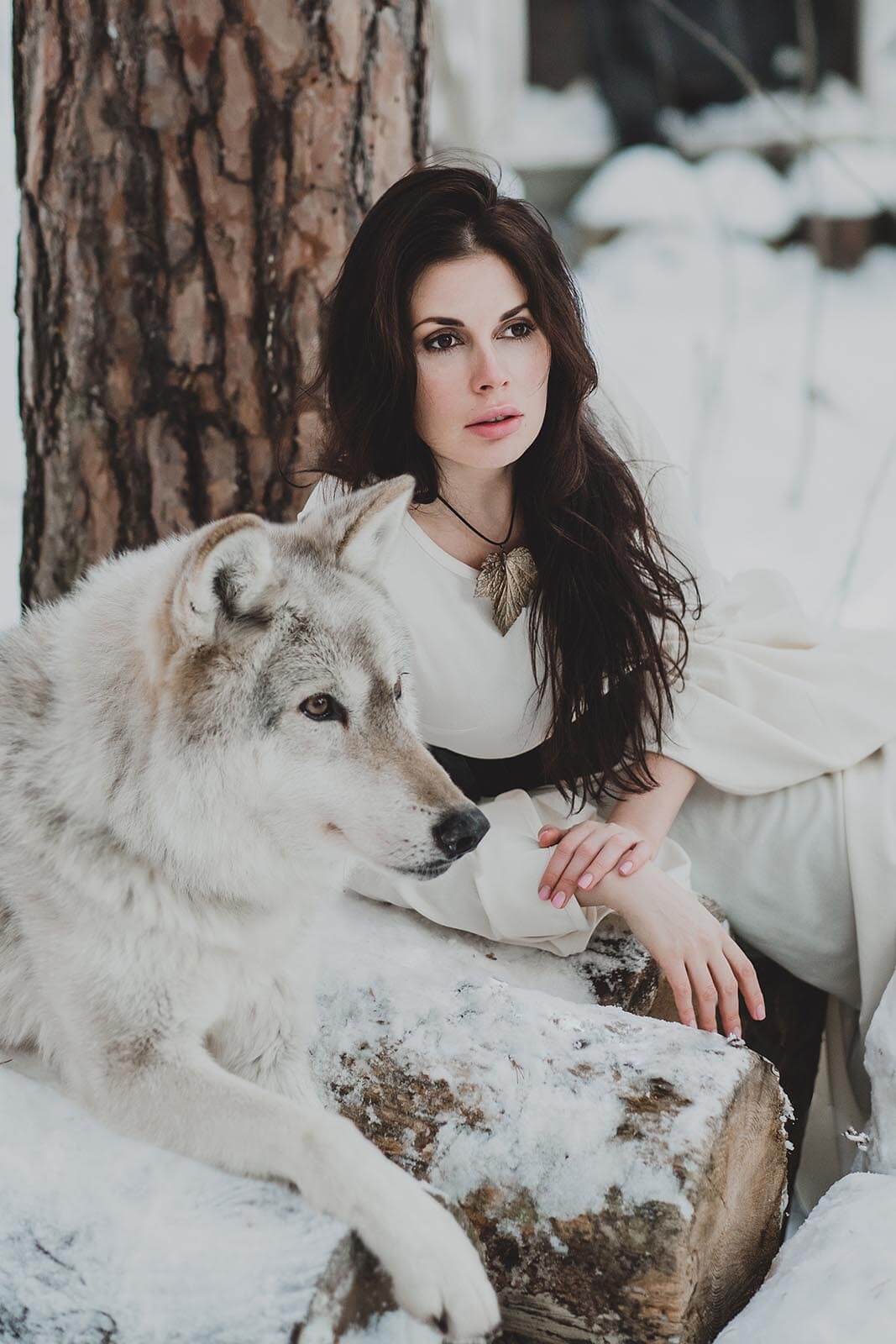 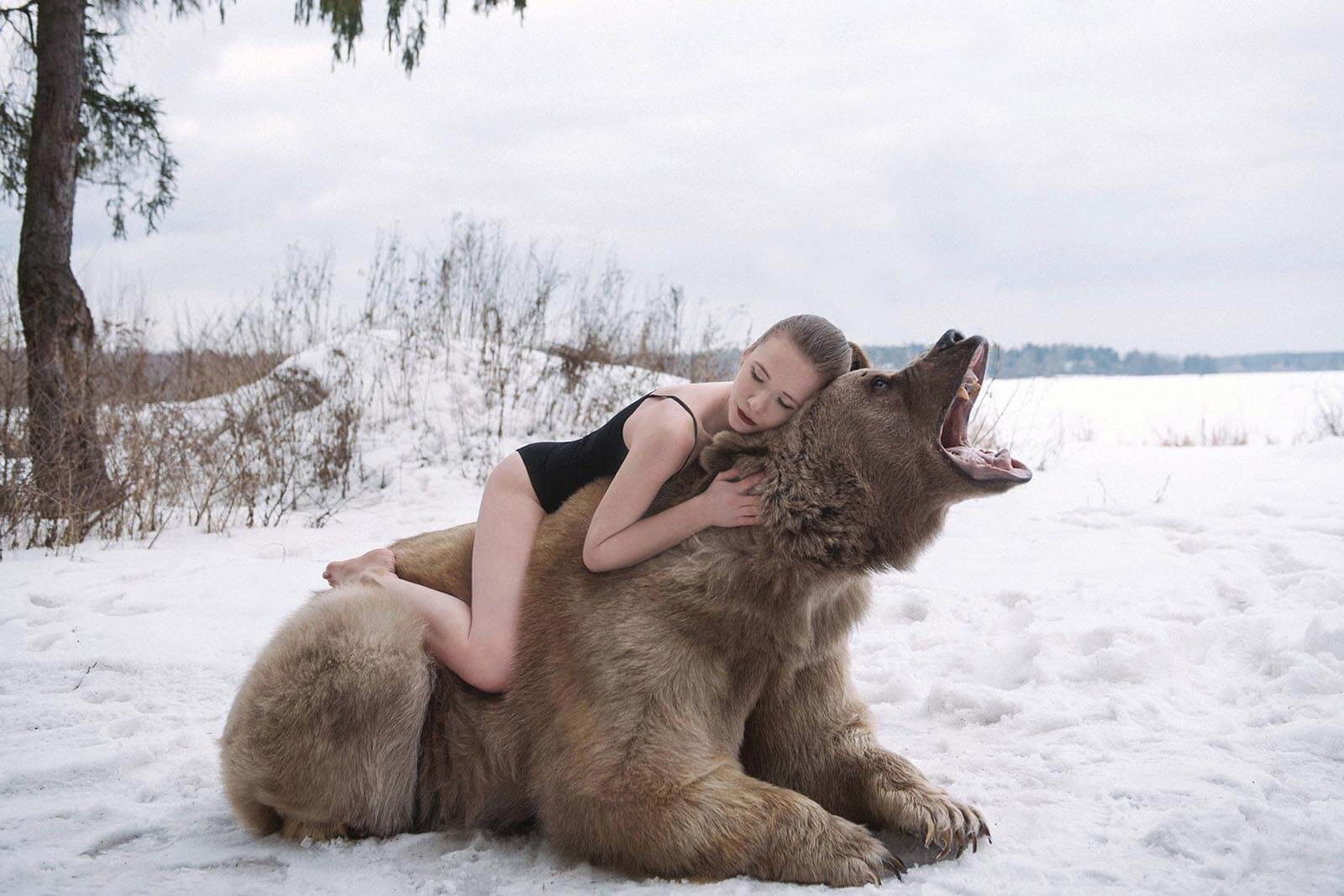 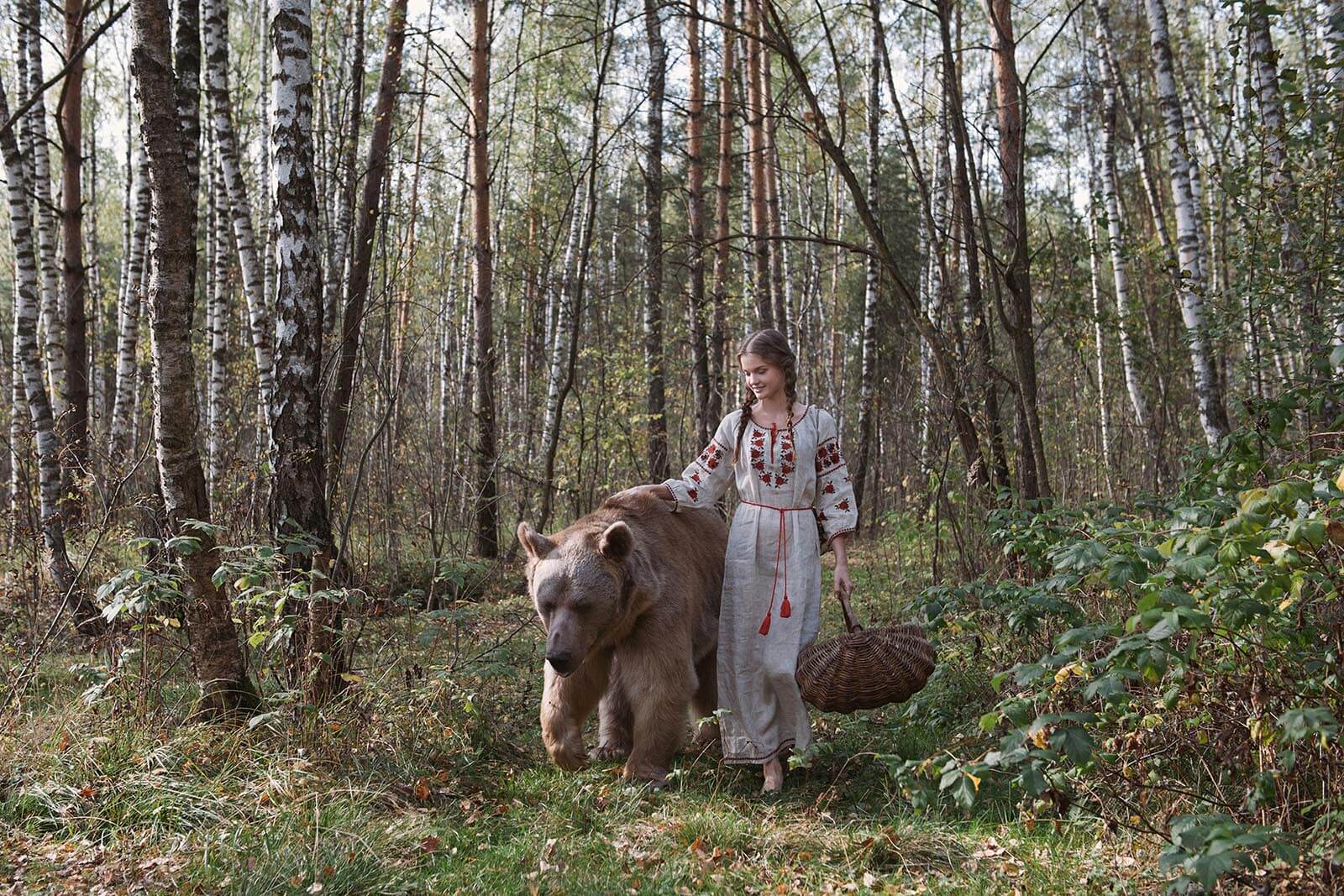 Photographer Olga Barantseva and an owl 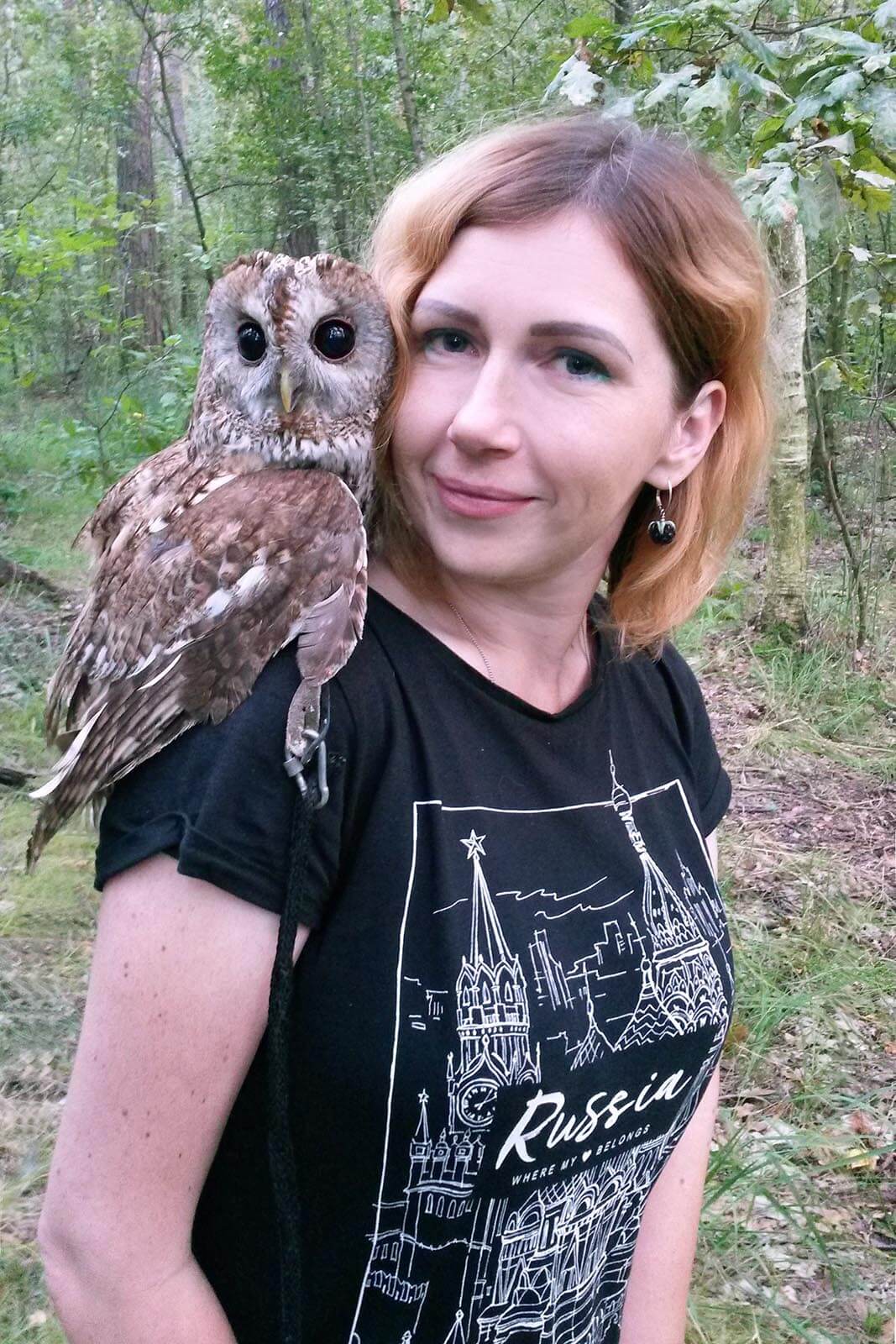 Animal lovers among your friends would love to see this – share with them!