Is This The Most Expensive Pizza In The World? Selling At $2,000 Per Pie At a New York Restaurant

by Ksenia
in Food
1

Do you remember the Trump Burger with luxurious integrants which costs $51 for one meal? Now we have a Pizza of the luxurious kind which one bite theoretically costs the same as the Trump Burger. How did we calculated the price of the most expensive pizza in the world of one bite? The pizza costs an impressive $2,000, and when we apply elementary mathematics we can say that one slice (0f 8 slices, how much there are in a Pizza) costs $250 and one bite costs around $50! Simple math and shocking fact! 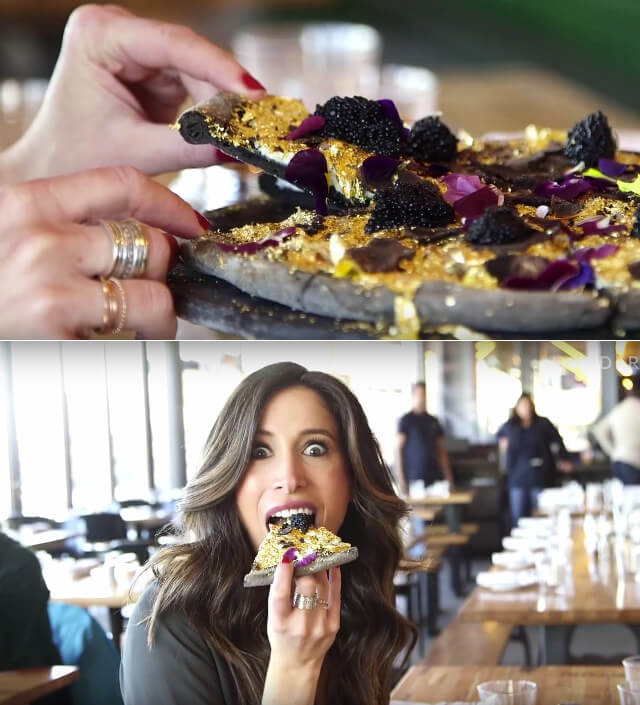 Industry Kitchen in the Financial District of New York has this incredibly expensive pizza on their menu. For New York restaurants this kind of luxury isn’t so rare, but let’s check out the integrants and then we will decide if it’s worth the price.

The Golden Pizza consists white stilton cheese flown in from England, the foie gras and truffles which are from France, Ossetra caviar scooped from the Caspian Sea, and gold leaves glitter from Ecuador. 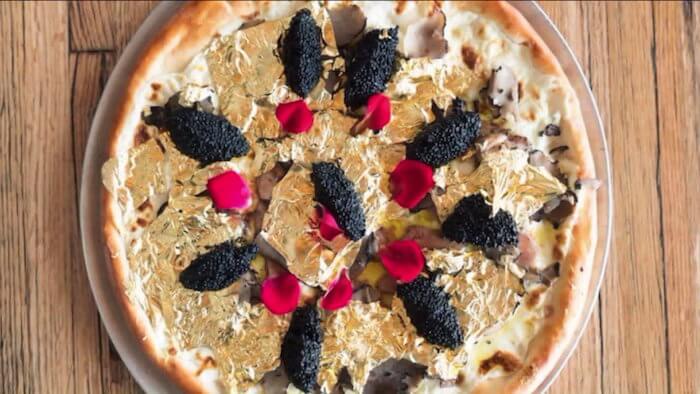 Industry Kitchen in the Financial District, New York has the most expensive pizza in the world on their menu. You need to order it 48 hours in advance. Check out the bottom of the menu. 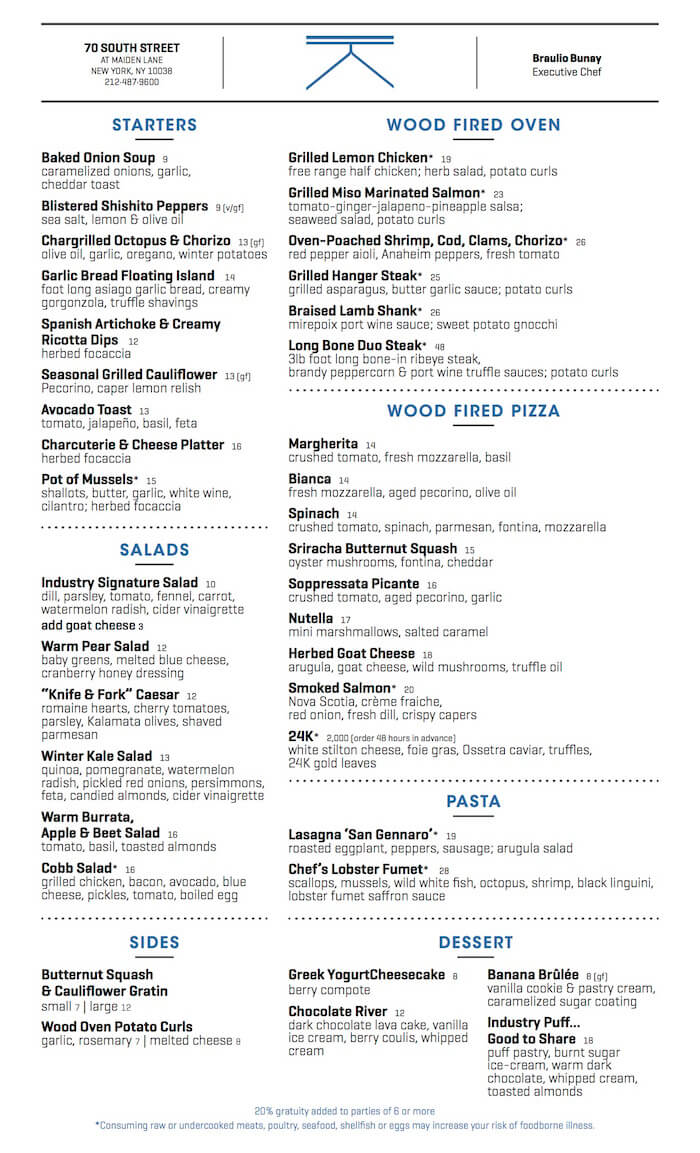 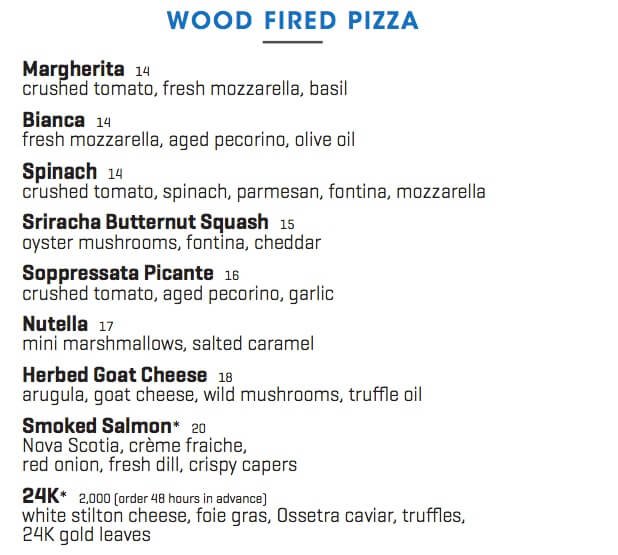 Watch this awesome video showcasing the most expensive foods in the world:

“It is the epitome of decadence,” executive Chef Braulio Binay said. “The pizza is extremely rich—if you’re in the mood for a lavish meal, this is the pizza for you.” 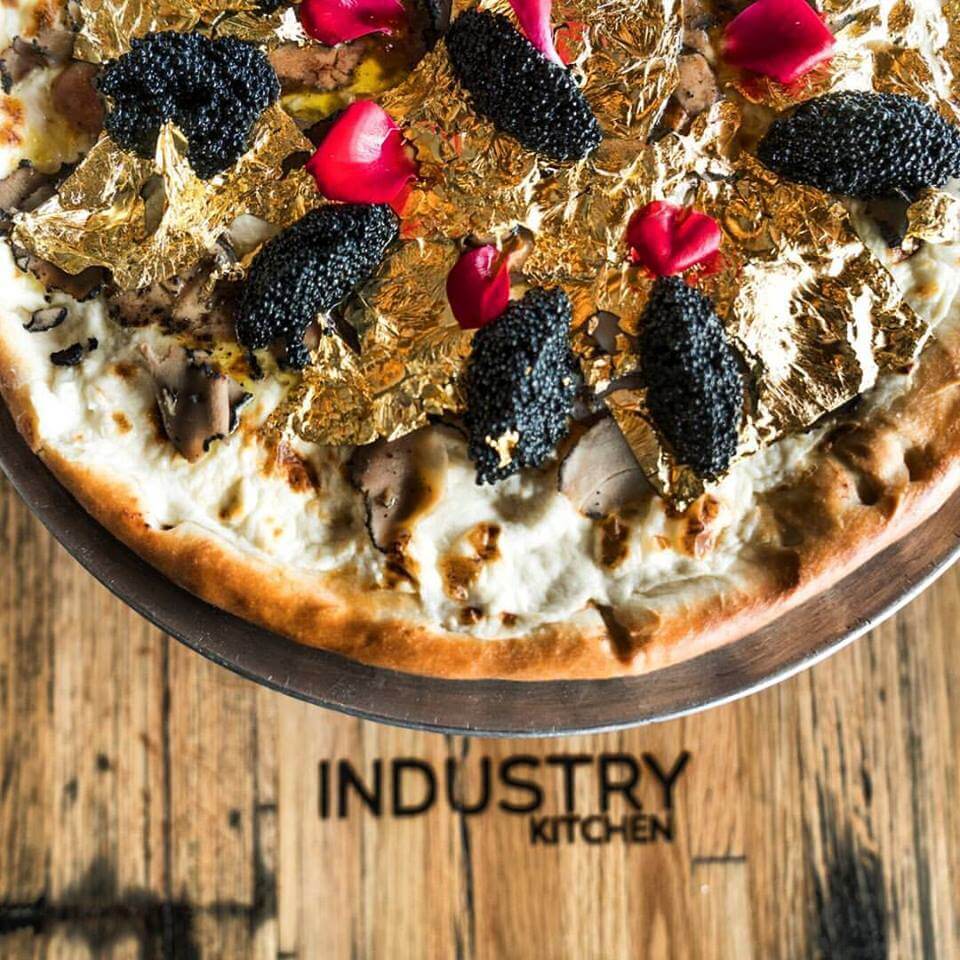 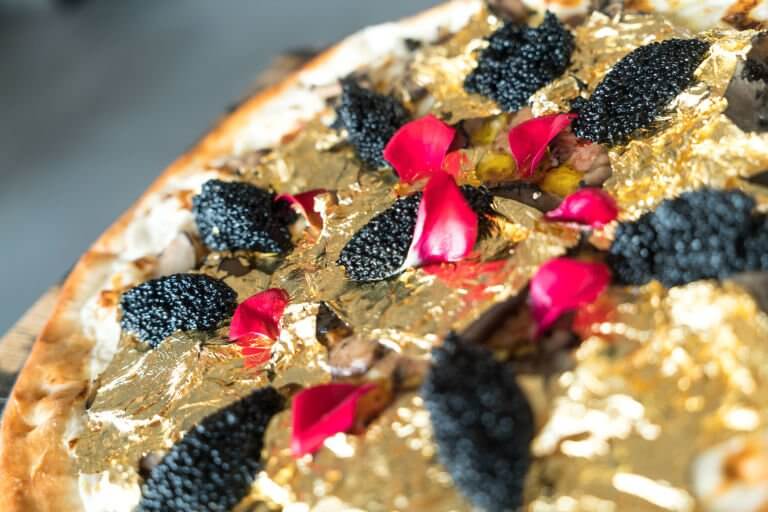 Industry Kitchen is located at the Finacial district of New York which attracts wealthy people from all over the world. 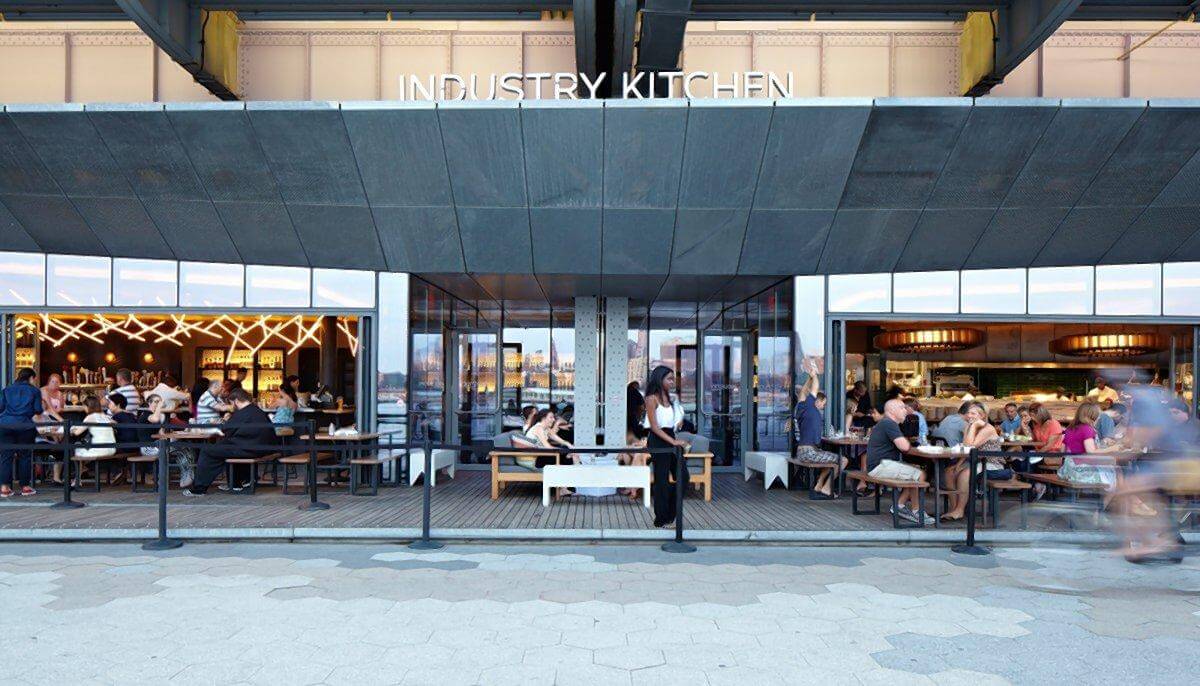 Is the Golden Pizza really the most expensive pizza in the world and worth $2000?! Share with us what you think and ask your friends by sharing this post.