These vegetables that are man made really surprised me. Especially #4

by Kapil s
in Food, Trending
0

Vegetables: kids hate them; Vegans love them. But have you ever wondered that the vegetables we eat regularly or the ones you might have in your kitchen pantry right now could be man made? That’s a serious thought right there.

Well, the answer is: Yes, some vegetables are man made. Quite fascinating right? Now that we might have captivated your attention and a mere yes wouldn’t be a sufficient answer to satisfy your curiosity.

So today, for that matter, we will take the responsibility on our shoulders to make you aware of all the man made vegetables and their history. Stick to this article till the end; you never know your favorite vegetable might end up in the list below.

Here is the list of 5 Vegetables That are Man Made 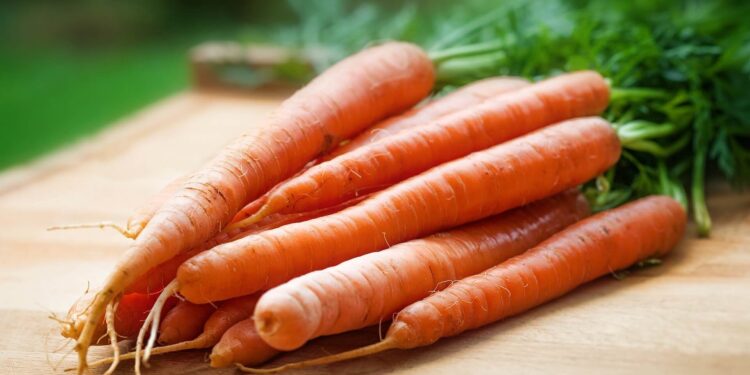 Image by Pexels via Pixabay

What’s the first thing that comes into your mind when carrots are mentioned? Apart from bugs bunny (of course), it has to be the color orange because that is precisely how we’ve been picturizing it since the time we got familiar with this vegetable.

But here’s a mindblower. Did you know that natural carrots were not orange and possibly inconsumable? Yes, you heard that pretty much right!

Originally, Carrots are believed to be white in color, or according to some other accounts, carrots initially were purple or black. So how come the carrot found today in every other household and supermarket is not only edible but orange too?

This orange color is due to a compound called B-carotene, and thanks to the involvement of early farmers who, via the technique of selective breeding, were able to produce the modern-day orange carrot.

Over hundreds of years, the wild carrot ( Darcus Carotos) has undergone multiple genetic modifications at the hands of farmers, leading to its improved flavor, quality, and higher production rate.

Finally, it is because of these efforts today we can enjoy its healing health benefits! 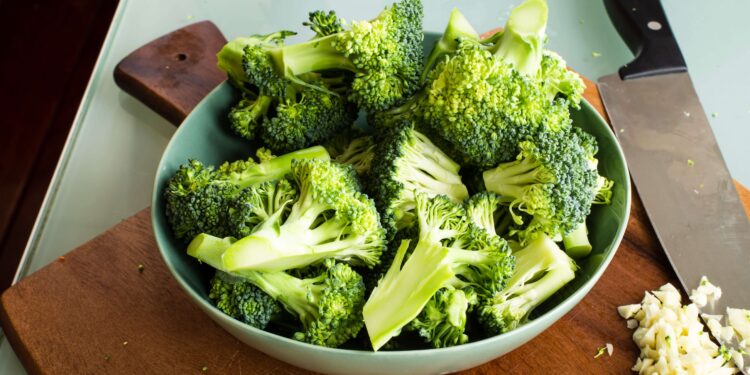 Image by Louis Hansel via Unsplash

We often hear that broccoli is good for your health mainly because it’s loaded with an array of nutrients, but here’s something you didn’t know: Broccoli is a human-made vegetable too!

In truth, if there were no man, you wouldn’t be enjoying broccoli in your pasta and soups today since it isn’t capable of growing in the wild on its own. But then, where does broccoli comes from? Let’s find out.

This nutritious treat basically was developed from selective breeding of wild cabbage, also known as Brassica oleracea. However, it isn’t a genetically modified or a biotech crop – make no mistake about it.

Digging deeper, this miniature tree look-alike veggie was consumed initially during times of the Roman Empire. Wow! Isn’t it astounding to know that this high fiber vegetable has a history older than two thousand years?

With this in mind, it was not until 1700 when broccoli made its way into the US world. Thanks to efforts made by Thomas Jefferson, who sowed the first seeds of broccoli on American soil. However, in the 20th century, broccoli gained massive popularity amongst the masses in the US. 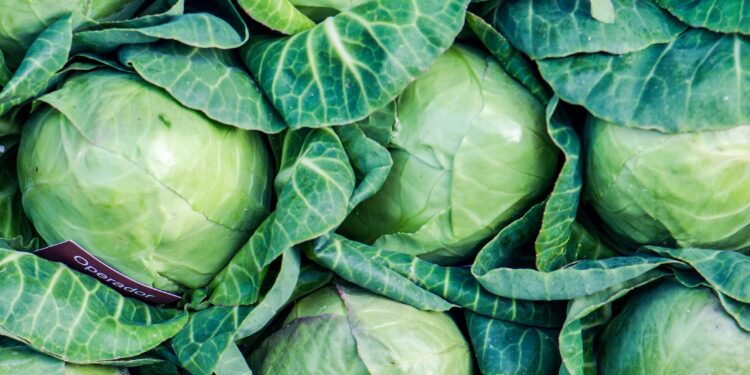 Image by Natasha Skov via Unsplash

So broccoli was made from cabbage, so what about its parent? Is it man made too?

Well, the cabbage didn’t fall far from the broccoli tree. The origin of cabbage, just like broccoli, can be traced back to Brassica oleracea, also known as wild cabbage or wild mustard. This original cabbage would not be identifiable to us.

Besides, suppose it were not for the efforts made by the pre-Celtic people who began cultivating cabbage across Northern Europe today. In that case, we possibly could have been deprived of countless benefits that cabbage has to offer.

These people hybridized wild cabbage with plants with bigger leaf buds that eventually resulted in cabbage. During the Roman Empire era, the benefits of cabbage were well known to people. Not only that, but people of those times knew cabbage could be used to treat gout, headaches, and intestinal disorders. How intelligent of our predecessors!

Moreover, the cross-breeding continued throughout the centuries to produce the cabbage that sells today. Now next time your mum serves you cabbage in soups or even on its own like in a salad, be ready to amaze her with cabbage’s old yet fascinating history. 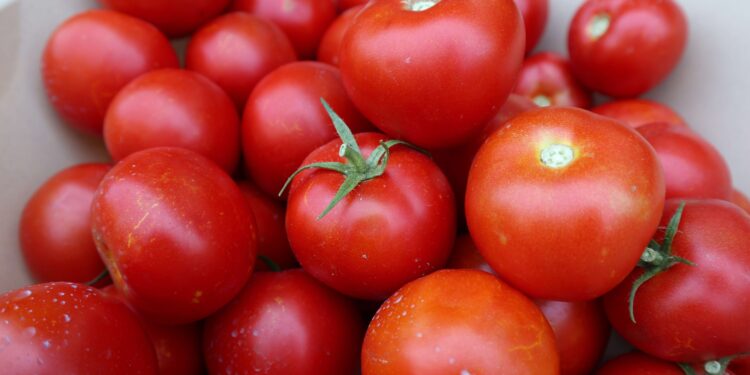 Image by Kiriakos Verros via Unsplash

Are you surprised to see the vegetable that is a staple of our diets and soul of Italian cuisine in the list of man-made vegetables? Well, we were too!

The origins of Pomodoro, which’s Italian for tomato (if you did not know already), are believed to be traced back to the era of the Aztec Empire. Even though tomatoes existed around 700 AD, it was not until 18 to the mid 19 century when people around the world discovered that tomatoes are meant to be eaten. They started incorporating them into their cuisines.

Wait…. so before this, what did they do with so many tomatoes through hundreds of years? Well, they thought of tomatoes as some ornaments and decorated their living places with them. We’ll let that sink in for a minute.

Moving on, the current tomatoes, which are found everywhere across the globe, are very different from their parent plants. Ancestors of tomatoes were very small, similar to the size of peas. It is because of years of selective breeding, the tomatoes we eat today are flavourful and found in various varieties.

Before we move onto the next one on our list, get ready to giggle because we have a tomato joke for you- we’re hoping it’ll help you absorb all the crazy history details mentioned so far.

What do two tomatoes do after not seeing each other for a long period of time?

Now let’s move onto the last but certainly not the least veggie of the list. 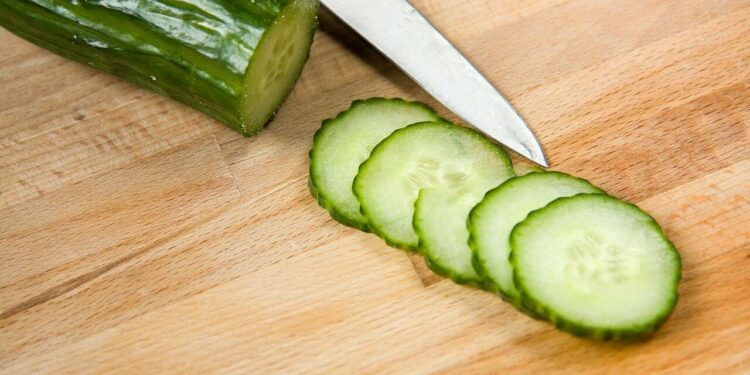 Image by No-longer-here via Unsplash

Cucumbers, too? Most certainly yes. Cucumbers are the final human made vegetable on our list today. This low caloric veggie has its origins that date back to Ancient India, where it was found in the wild. So how is it human made?

The ancestral plant of cucumber had a cactus-like appearance, which Indian civilization cultivated originally. It began trading to other parts of the world and became popular.

Another fact of interest is during the 18th century following some medicinal reports that concluded using uncooked vegetables (which included cucumbers too) harmful to health.

Therefore this misconception led to the decline in cucumber sales. It was then in the 19th century when cucumbers recovered their marketability.

Given these points, over the years, the original cucumber has been tweaked and modified to produce three different main varieties of cucumbers, namely: slicing, pickling, and seedless, which are now sold widely.

After all that has been stated above, the thought of man-made vegetables being nonhealthy or dangerous might have popped into your head. Well, we can’t blame you. It is only natural to think like that.

Nevertheless, we are glad to break that the reality is quite contrary. These human-made vegetables, or if more appropriately called the hybrid vegetables, are not bad for you at all since these have been produced as a result of cross-breeding of related plant species.

Botanists consider this a natural practice, and in fact, thanks to cross-breeding and selective breeding techniques, we can enjoy such nutritious treats today.

That’s not all! Hybrid vegetables have other excellent pros like:

Here you have all 5 vegetables that you probably didn’t know (or did you?) were human-made listed above. We tried to cover as much information as possible. So, now go forward, and share as much as you can!