Toss a coin to these 15 The Witcher facts!

It seems people still can’t get enough of The Witcher”. Critics had their objections; nevertheless, the series has captured fans’ imagination and everybody is now singing that catchy tune: “Toss a coin to your Witcher, oh, valley of plenty!” Yennefer of Vengerberg is now a symbol of feminity and woman power and the plot of the series asks for a few more seasons. Somehow, it seems that this series is meant as a replacement for Games of Thrones. Do you think it can be?

I’ve wondered about it for some time; couldn’t find a valid answer. Nevertheless, what I could find were 15 The Witcher facts which I think you’d love, too. Check them out!

1. “Toss a Coin to your Witcher” actually has a dark meaning

If you’ve watched the series you cannot help, but sing “Toss a Coin to your Witcher, oh valley of plenty…oh valley pf plenty, ooh ooh”. Very catchy, right? And there are so many renditions on the Internet…people seem to go crazy for this tune. Nevertheless, if you watch the series closely and think about it for a minute, the song is mostly about fake news. The song is sung by the sidekick Jaskier to tell a tale a much inaccurate tale. The witcher even told him that’s not how it really happened, but the troubadour knew better. 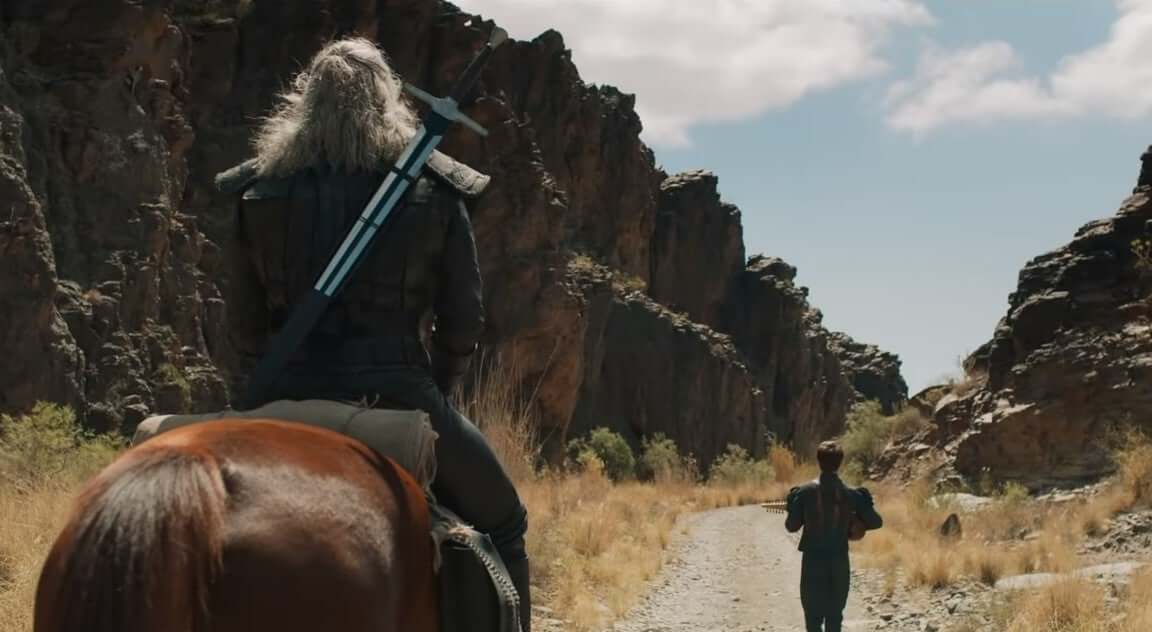 2. The Witcher books were number one on Amazon

It seems people really loved the Netflix series because since the premiere of the first season, the book “The Last Witch” was the most sold book on Amazon, followed by the “Blood of Elves” as number 3. 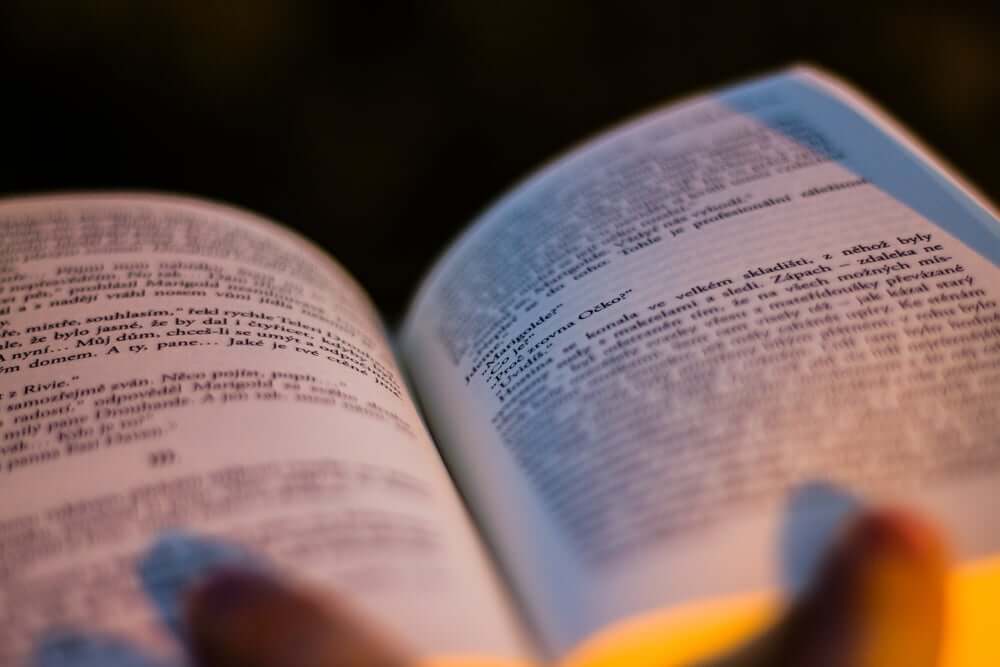 3. The Witcher 3 video game had 93% more players on Steam during the Netflix premiere of the Series 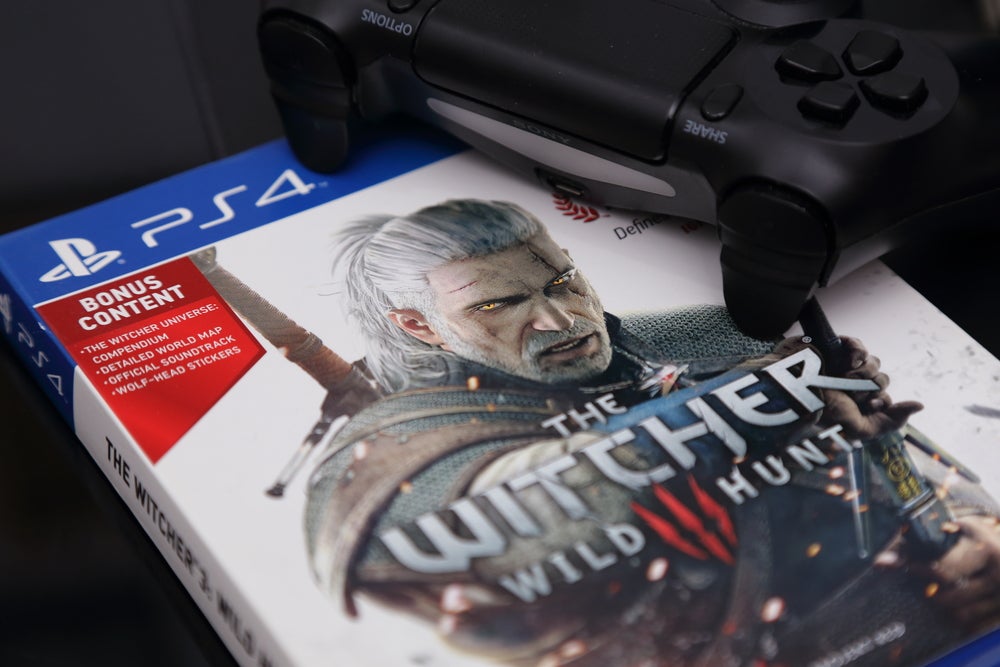 4. A lot of ropework was involved in The Witcher fight scenes

Remember that Striga fight when Geralt and the monster fall through the floor and throw themselves around a lot? It was made using a lot of ropes which helped the actors jump and be pulled around. Now go, watch it again! 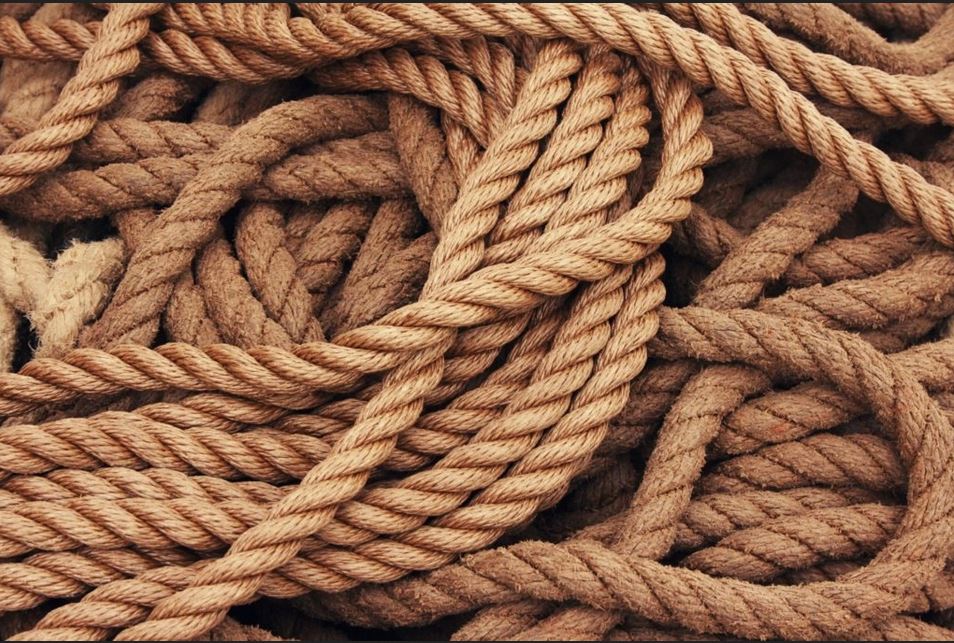 5. Netflix posted a character timeline of the series

You’ve probably had your troubles figuring out the timeline in the Netflix The Witcher series. It’s quite complicated and it makes you angry at some point, like “Wait! What? That was in the past? That is in the future? Which is the present, guys?” Netflix has heard all of this whispering and posted a graphic timeline. Here it is! 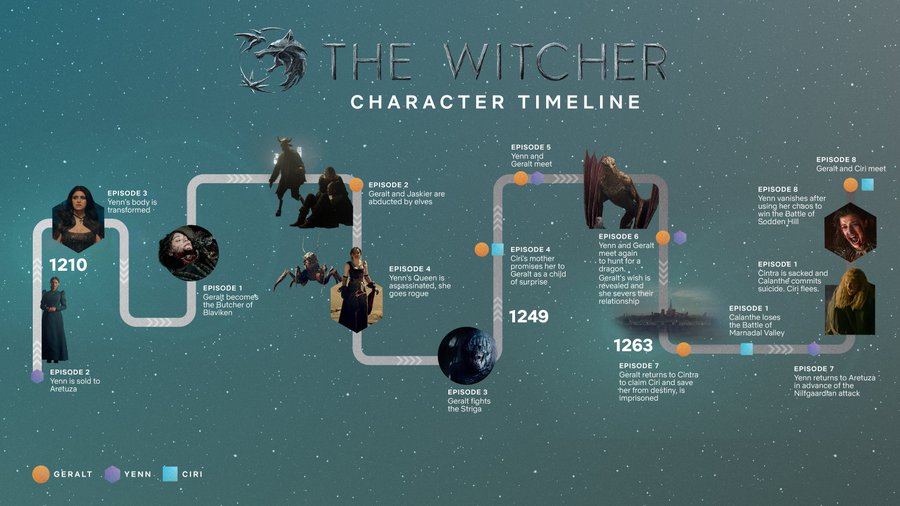 6. The Witcher could get more than seven seasons!

Yep, you’ve read that right. Seven! Schmidt Hissrich, the producer said in an interview with SFX Magazine that she sees the show running for seven or more seasons. How about that? The hype is definitely on! 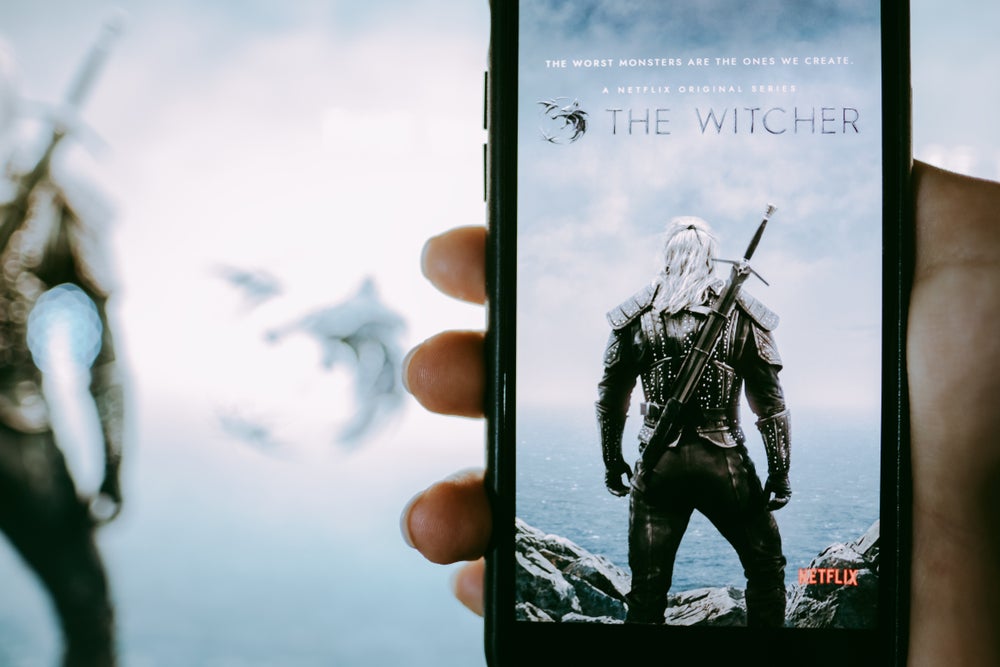 7. Anya Chalotra was cast as Yennefer even before the lead star Cavill

Anya Chalotra is a 23-year-old English writer who landed her major role as Yennefer in The Witcher even before lead star Cavill was cast. Chalotra was initially auditioning for another project with the casting director of The Witcher, Sophie Holland. Holland knew she wanted to work with Anya in the future Witcher project. 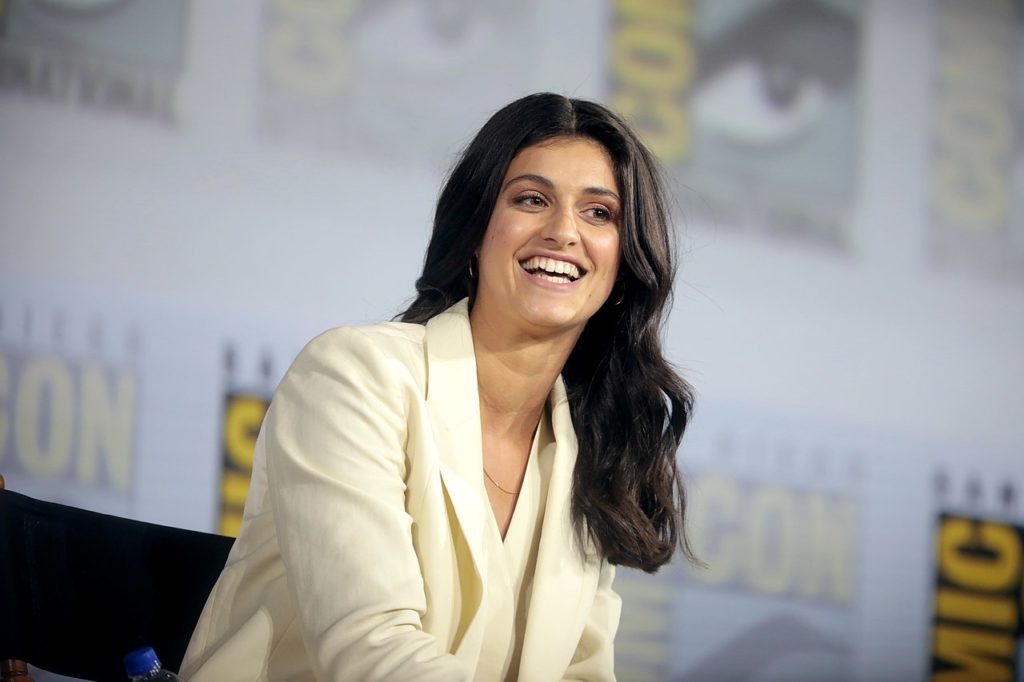 8. Why that weird Nilfgaardian armour?

You might have wondered what was it with that ugly and super-spooky Nilfgaardian army? Well, the producers explained: “The armour had to look like they picked it up, they did it quickly (…) it’s not meant to have the same look as the standard armour”. If you think about it, the Nilfgaardian army was not as wealthy as, say, the Cintran one; so maybe that’s why all that ugliness… 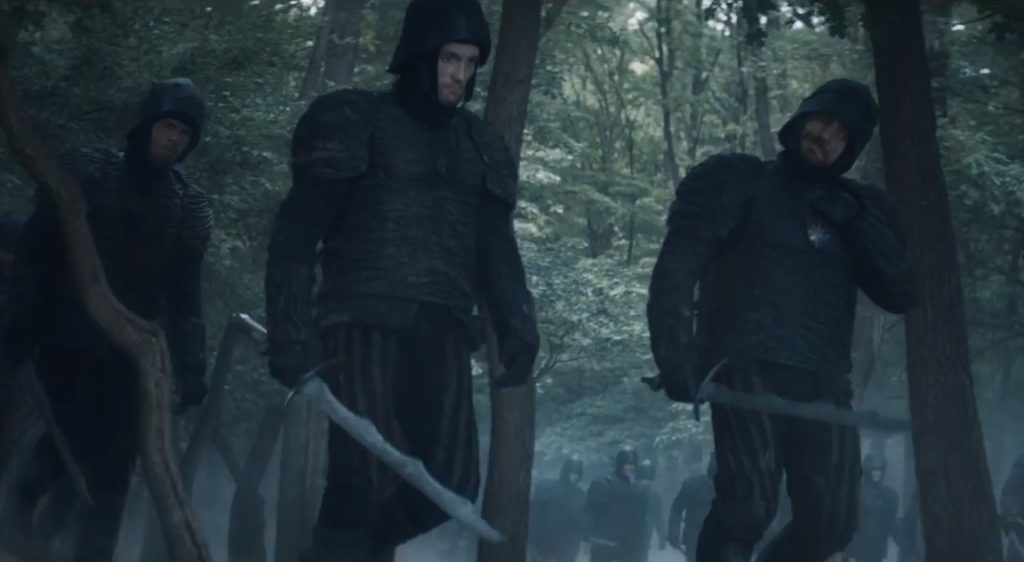 9. The castle from the Sodden battle is from Poland

The castle from the battle of Sodden is a 14th-century ruined medieval castle from the south-central Poland which suffered a lot, actually and in the 1600s was even burned down. Quite matching, don’t you think? 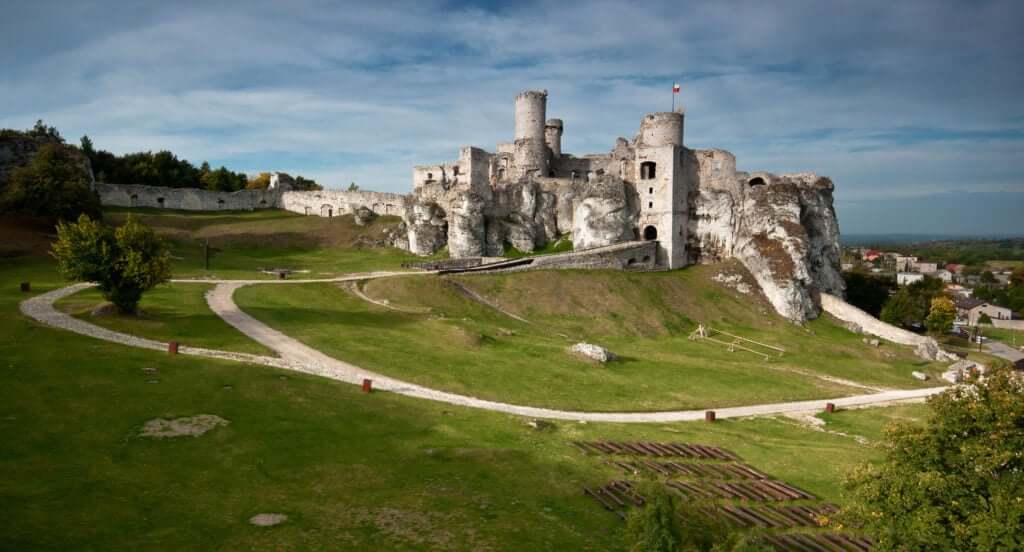 10. The third most in-demand streaming series

The Witcher has made it to the top as the third most in-demand streaming series, after Stranger Things and The Mandalorian. 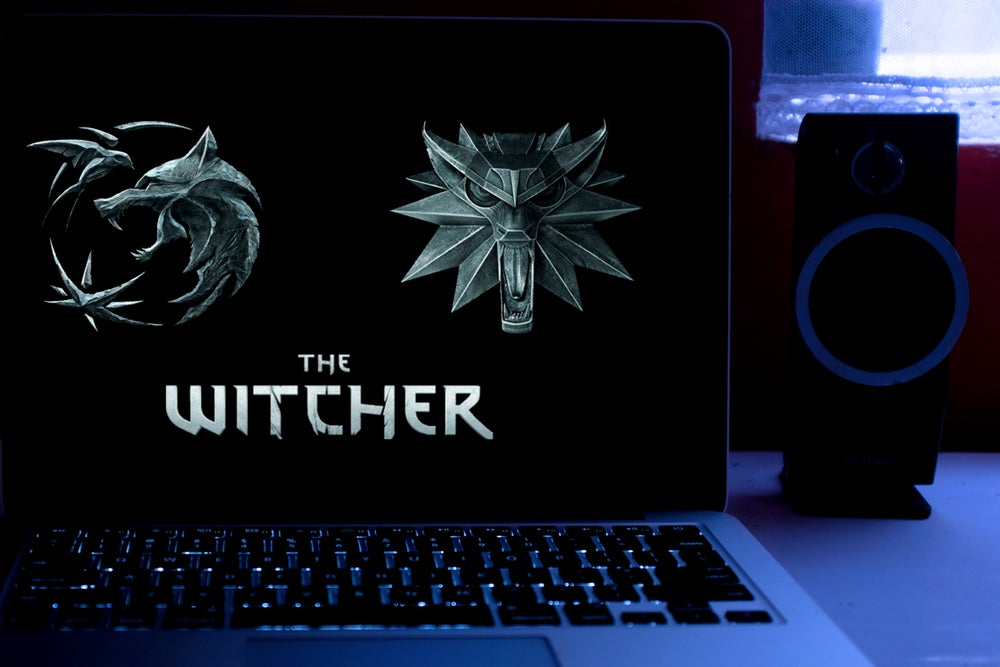 The crew is currently at work on the second season of the show. Sadly, it won’t come out until 2021. What will we do untile then? 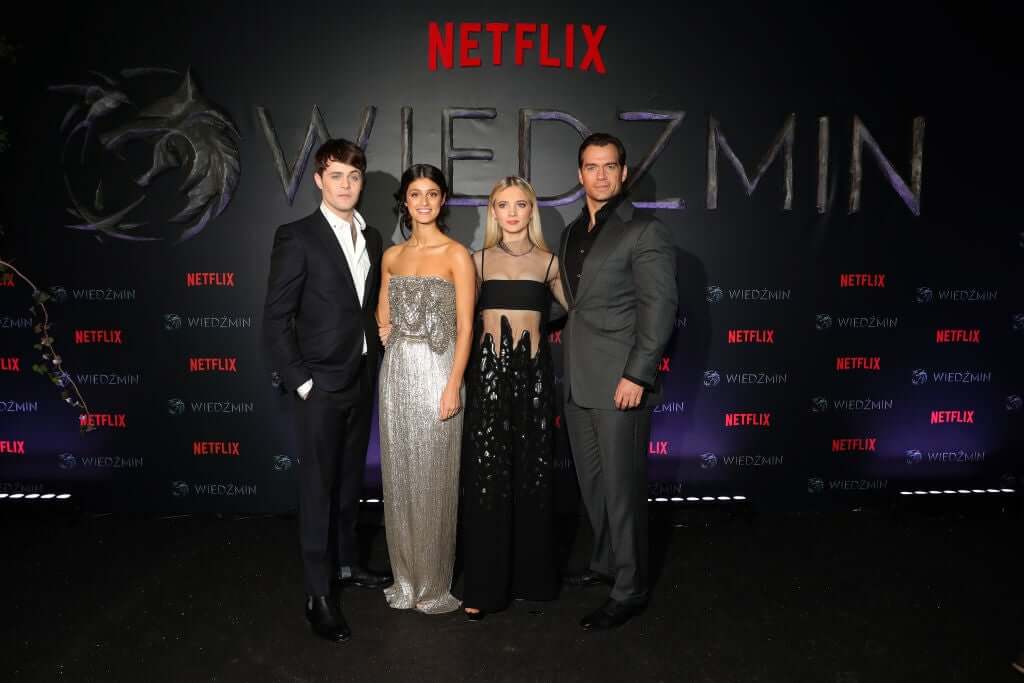 12. Not even iPhones can resist to Ciri’s magic!

Ciri is a powerful young sorceress who has a lot to learn about herself and her powers. Nevertheless, we got a glimpse of her true potential and it’s both exciting and frightening. Not even iPhones can resist her magic with users reporting that their Apple Siris activate whenever the name “Ciri” is said in the show. How about that? 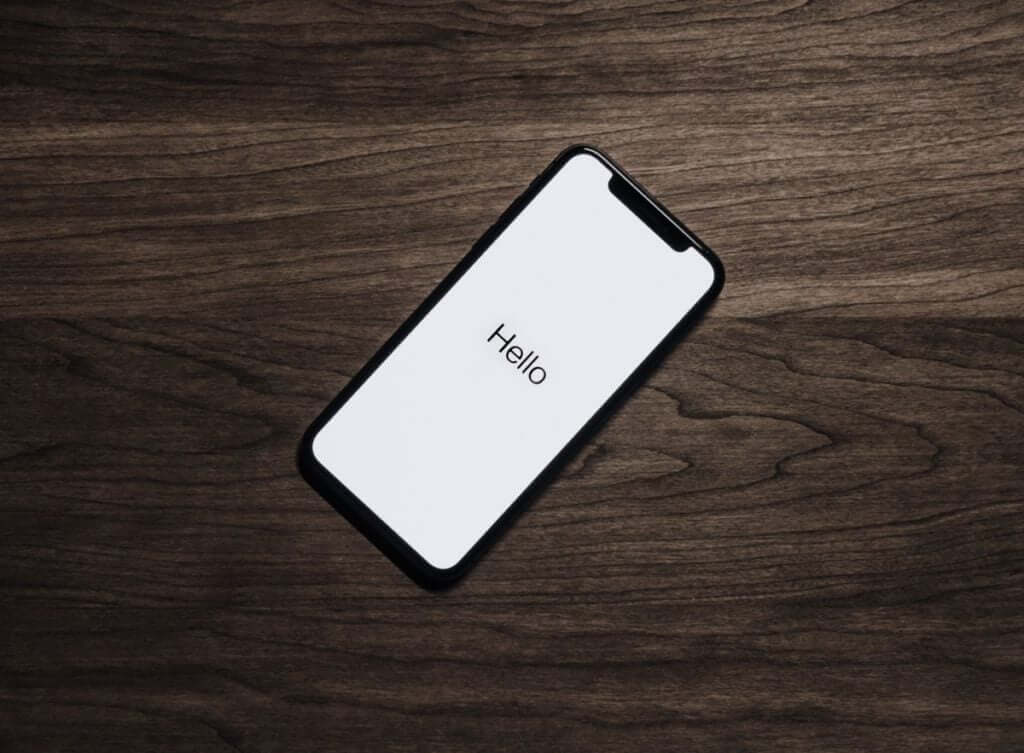 13. MyAnna Buring was also the voice of Anna Hennrietta in The Witcher 3 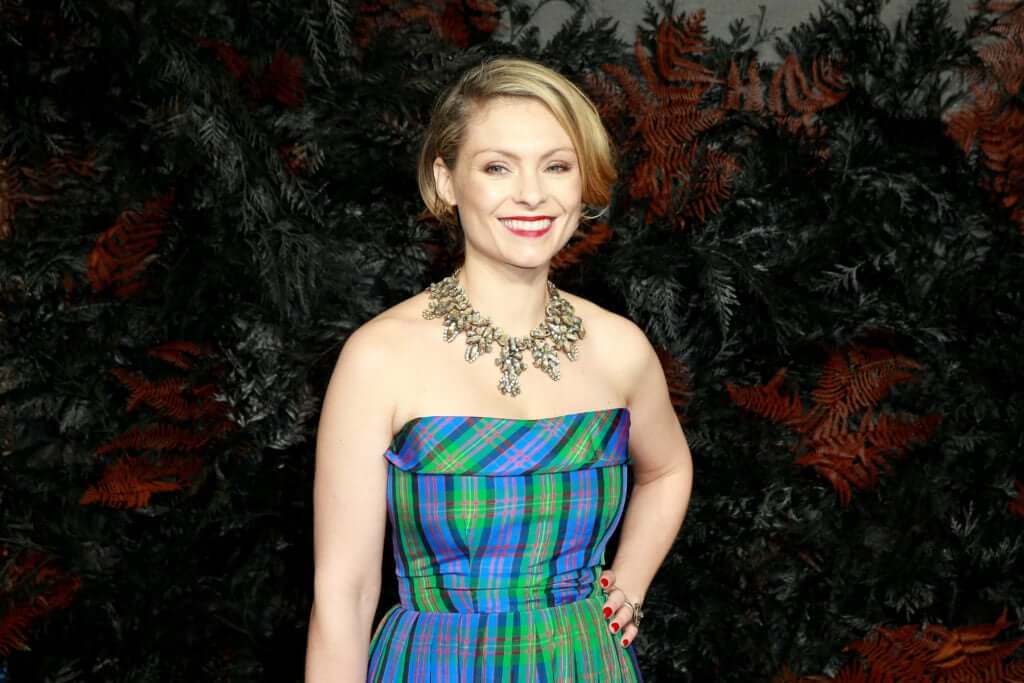 Ciri is a really important role for the series and the producers of the show had seen hundreds of girls for this role. Nevertheless, they were never happy and finally decided that the right person for the role was the 17-year-old Freya Allen who had been cast as the alderman’s daughter, Marilka, at first. What a stroke of luck, right? 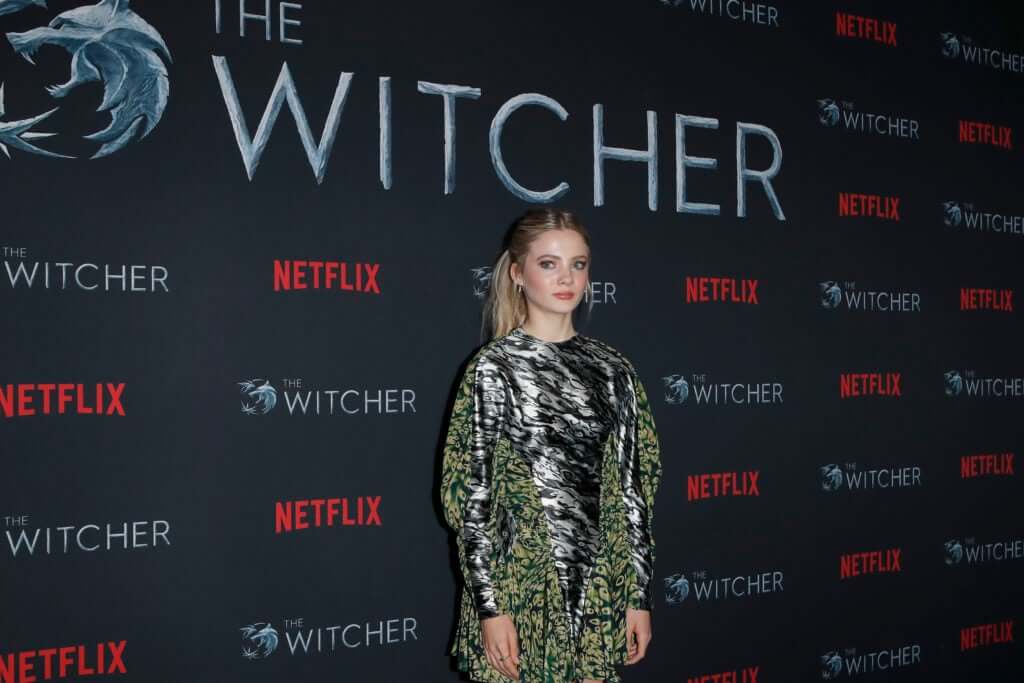 The young Yennefer had a severe spine disability which resulted in jaw disability and also a hunchback. In order to catch the whole drama of Yennefer’s past, the 22-year-old actress had to wear a very painful mouthguard which would give her ulcers from speaking with that hard material in her mouth. Nevertheless, the young actress thinks the pain was worth it and it helped her grasp the real look and feel of the young, sad Yennefer. 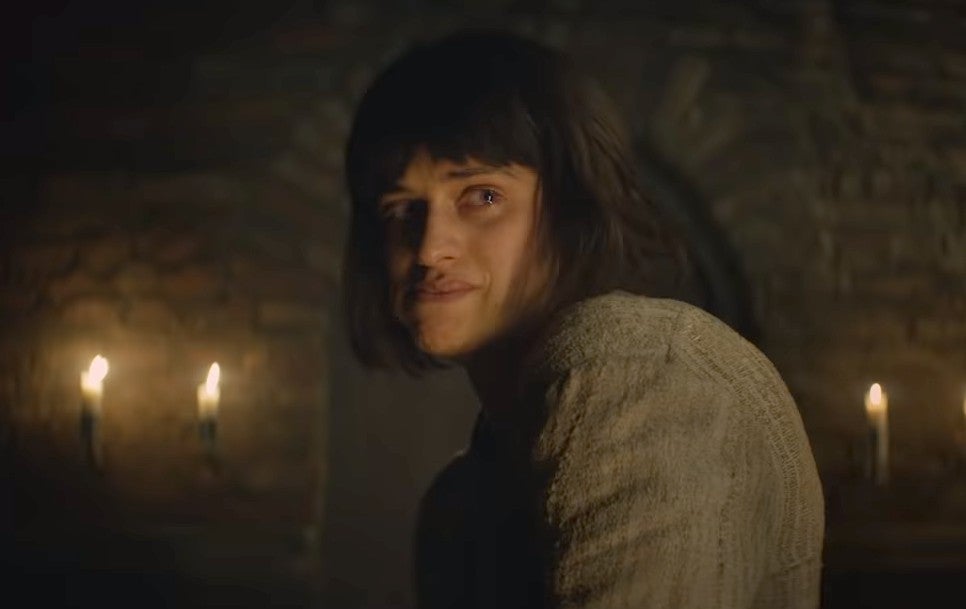