Titled “Station Squabble”, this picture of two mice fighting at a London tube station just won Wildlife Photographer Of The Year: Lumix People’s Choice Award. It was shot by British photographer Sam Rowley. The two mice appear to have a serious brawl, much like a Fight Club scene and I can’t decide whether they’re cute, or scary or just two good actors. This wonderful portrait of our urban life has been voted the Public’s favourite for the world’s longest-running global photography competition, Wildlife Photographer of The Year.

For amazing photography, you can also check out these 2019 Comedy Wildlife Photography Awards!

While the main winners of this competition hosted by the Natural History Museum of London for the 55th time are selected by a pretty impressive panel of judges, the Lumix People’s Choice Awards is decided by photography fans who have the chance to vote their favourite out of a shortlist of 25 entries. Well, these 25 shortlisted pictures are chosen by the Natural History Museum of London out of about thousands of pictures submitted by photographers or photography enthusiasts. As the name might suggest it, the Wildlife Photographer of The Year competition is dedicated to world’s best nature photography and wildlife photojournalism. 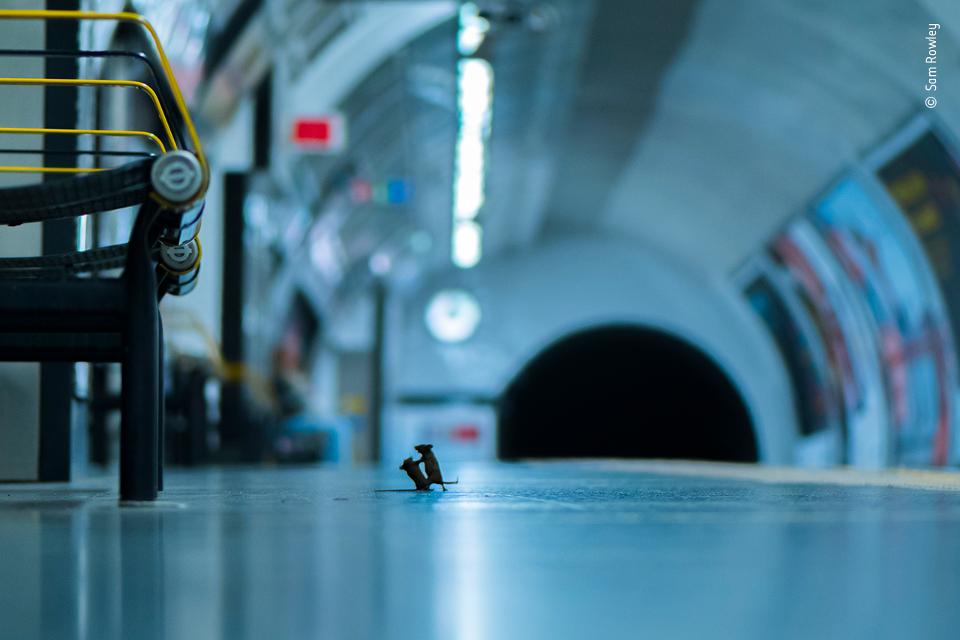 The mice in the photo “Station Squabble” were actually fighting over something to eat and their little brawl only lasted a second or so. So, it’s a wonder that photographer Sam Rowley managed to catch just that glimpse of the urban fight that goes on all around us without us even realizing that. “I hope it shows people the unexpected drama found in the most familiar of urban environments”, said Sam about his winning photography.

Sir Michael Dixon, the director of the Natural History Museum of London also added: “Sam’s image provides a fascinating glimpse into how wildlife functions in a human-dominated environment. This image reminds us that while we may wander past it every day, humans are inherently intertwined with the nature that is on our doorstep”.

Check out these other four People’s Choice Winners of Wildlife Photographer of the Year!

This is quite a tearjerker. It was photographed by Aaron Gekoski and it shows an orangutan before another public performance. His face says it all about him liking the next performance or his life being spent between degrading performances for the likes of Bangkok Safari World or other such venues. Social pressure made this performances stop for a while, but they have resumed and hundreds of people from around the world are still paying to see the orangutans fight, dance or play the drums. 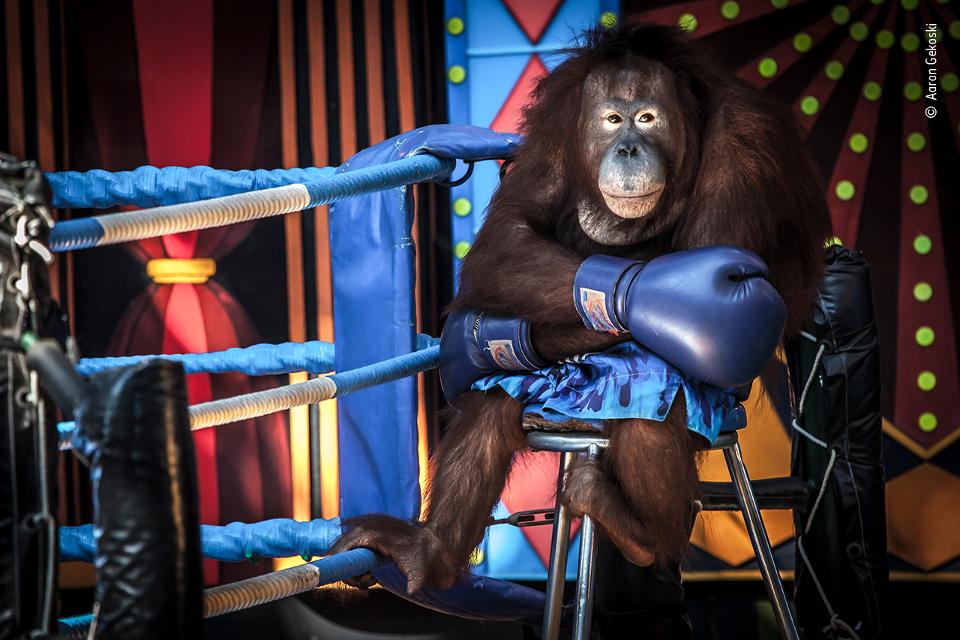 This image was taken by Michel Zoghzhoghi and it shows a mother jaguar and her cub carrying a colour-matching anaconda the mother had just captured. 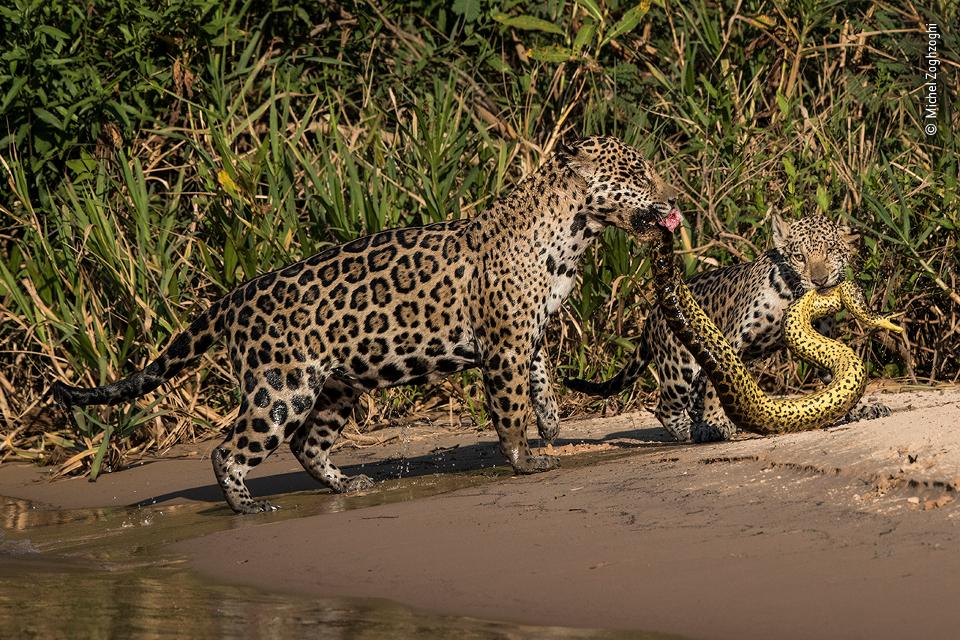 These are white arctic reindeers looking at photographer Francis De Andres while he’s taking a photo in the extreme weather conditions of the Norwegian archipelago Svalbard. 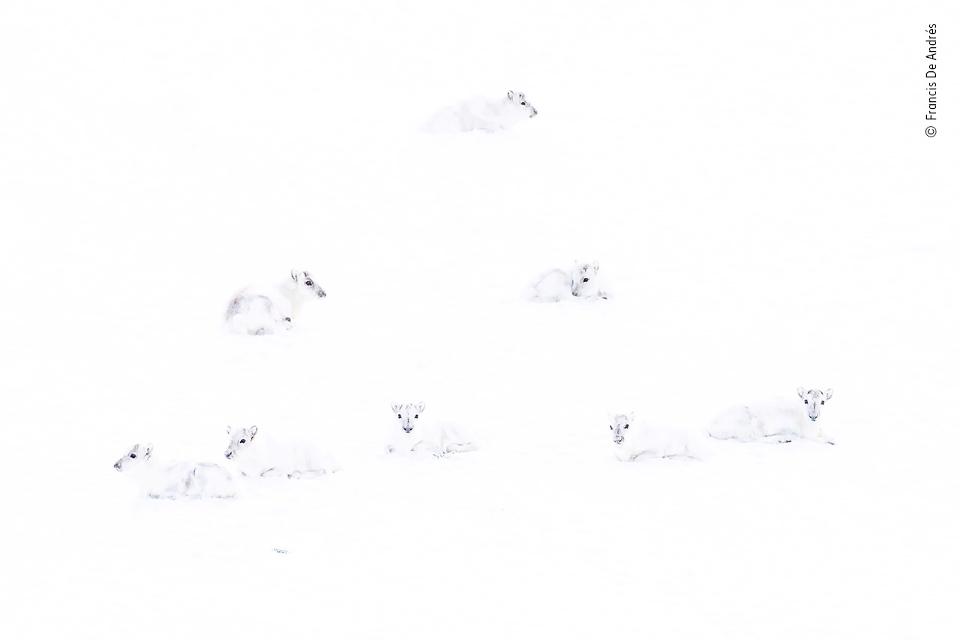 Photographer Martin Buzora photographed a ranger from a wildlife conservancy place in northern Kenya sharing a moment with the baby rhino who thinks he is his surrogate mother. The ranger named Elias Mugambi likes to spend time with the orphaned black rhino named Kitui. Kitui and his kind are held in this sanctuary as a way of protecting them against poaching. 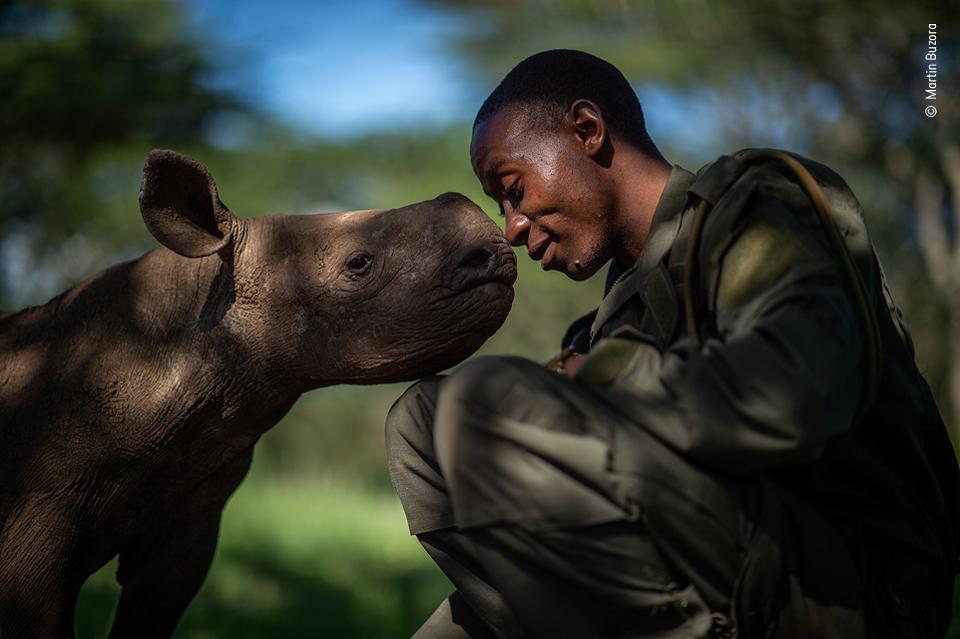