If you’re a fan of science and art, you gonna love what we show you next. Dr Greg Dunn and Dr Brian Edwards are two neuroscientists and applied physicists that paired together to create a stunning gallery of visualizations of brain scans. ” The most fundamental self portrait ever created ” they go inside the brain and blow up a thin layer of the brain by 22 times bigger than normal size, the series is called Self-Reflected.

Let’s go a little bit deep here, the images of the brain scans go over 500,000 neurons and the pictures took two years to complete. Dunn and Edwards developed new special technology for this project, something they called reflective microetching, what it does is microscopically manipulating the reflectivity of the brain’s surface. After that they hand painted different areas of the brain and digitized the whole thing. Edwards developed a computer program  that can show the complex choreography our brain uses while it process information.

After they did all the above, they printed the results on transparencies and added 1,750 gold leaf sheets so that the reflectivity will be increased. The results can only be described as a delicate dance or flow between the balance of our brain activity and our mind. ” Self Reflected was created to remind us that the most marvelous machine in the known universe is the core of our being and is the root of our shared humanity”

Self Reflected – Visualizations of brain scans, this is where the parietal gyrus and where movement and vision are mixed or integrated. 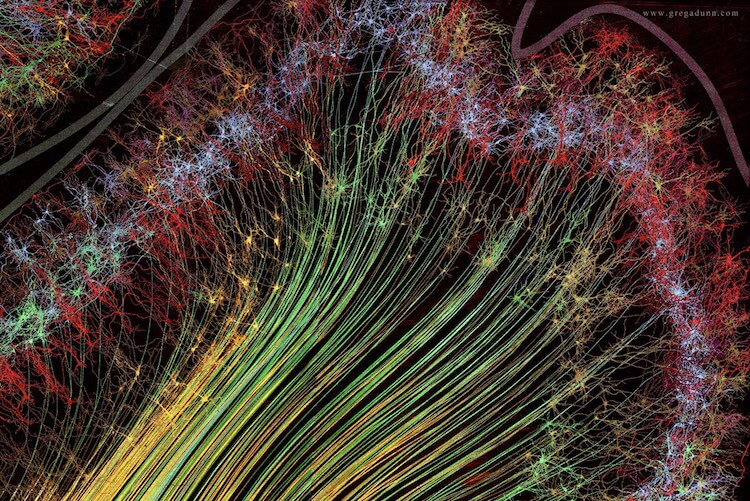 Called the brainstem and cerebellum which is the region that controls basic motor functions. 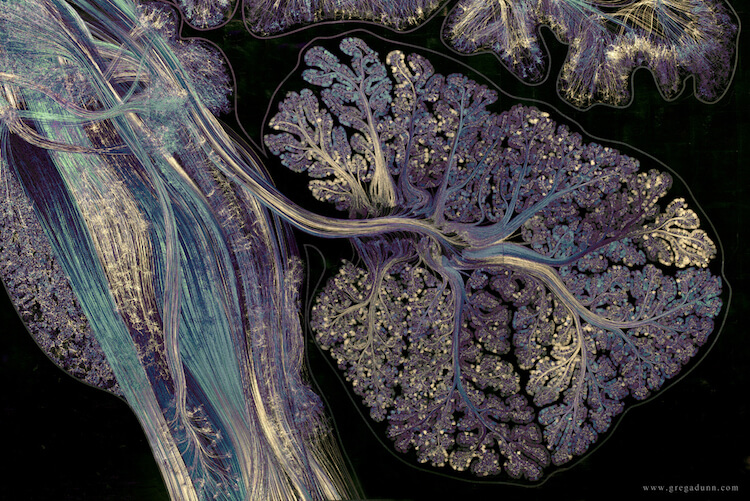 This is a pic of the laminar structure of the cerebellum. Which is a region in charge of the movement and proprioception. Where your body is in space.

The pons, a region that is involved in movement and implicated in consciousness. 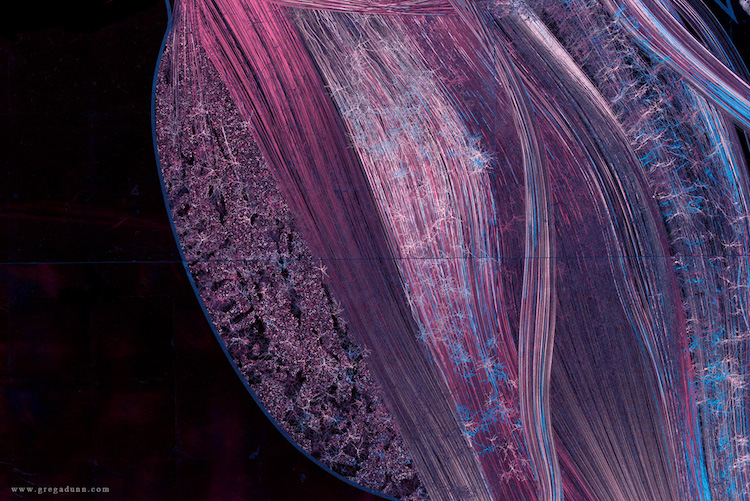 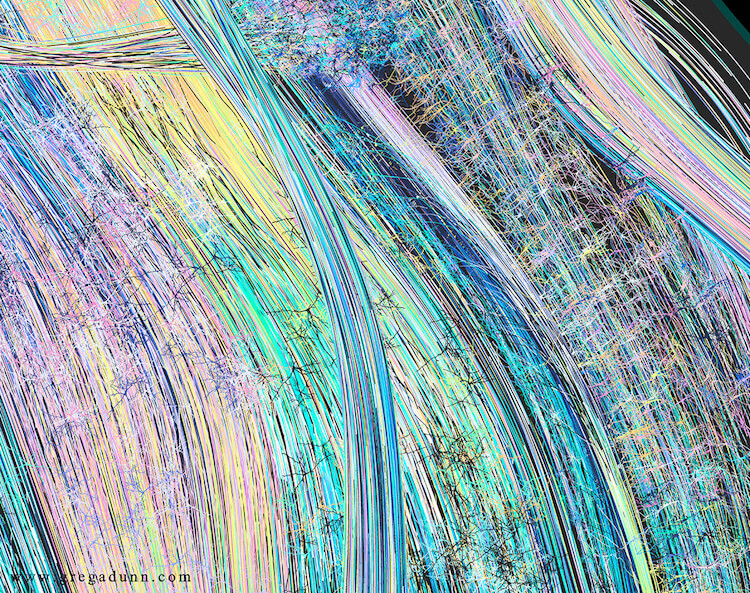 The region located at the back of the brain that process visual information, AKA the visual cortex 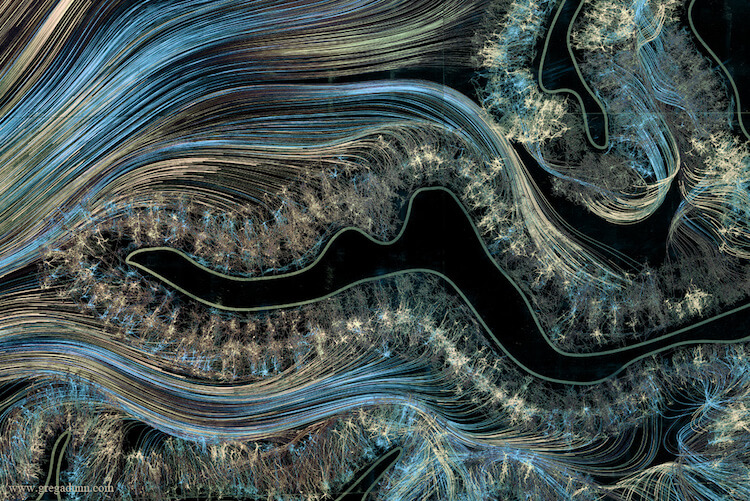 This area is in charge of making decisions, initiating movements and sorting senses. Called the thalamus and basal ganglia 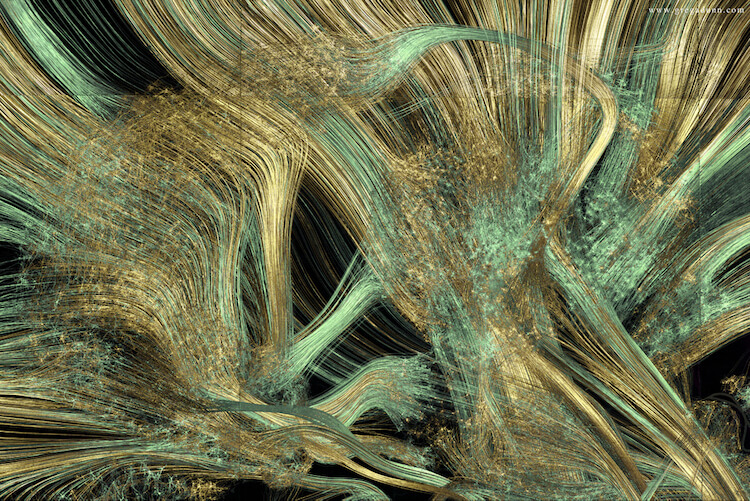 The regions involved with movement and sensation. The motor and parietal cortex 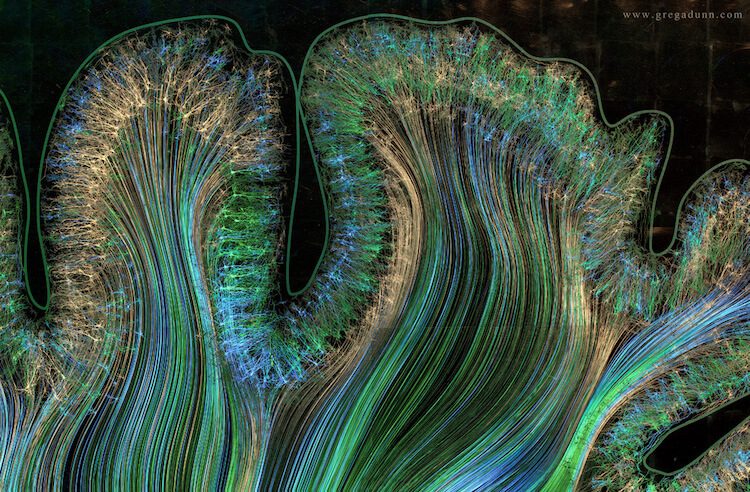 The entire thing under a white light. Just stunning! 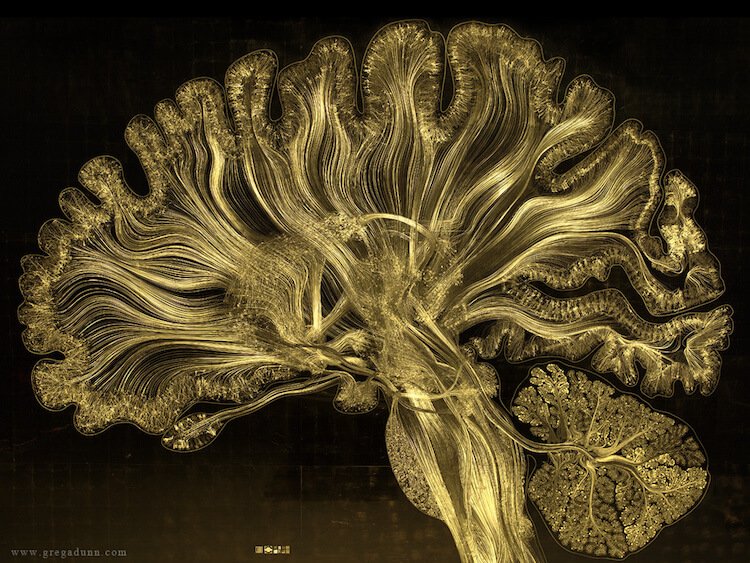 The work these guys did is truly ground breaking and breathtaking 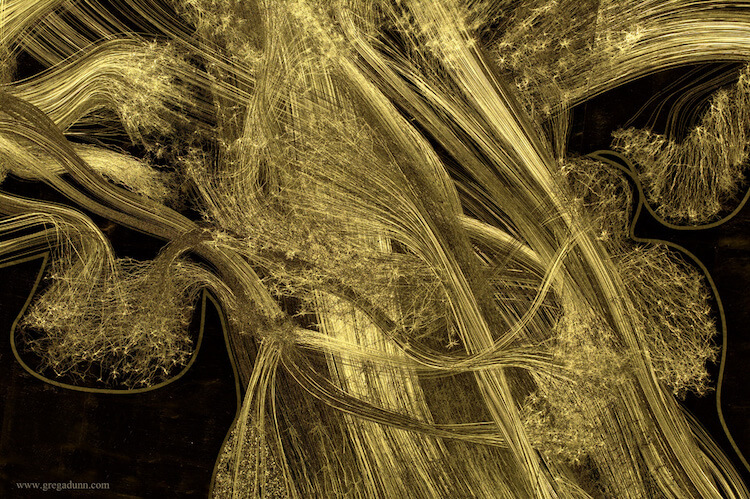 long video of a lecture about this subject: