Fancy some photos of the Golden Gate Bridge struck by lightnings? You're welcome

by Letizia Lorini
in Photography, Trending
0

This is a simple post with amazing photos of the Golden Gate Bridge while it’s being struck by lightning. Nothing fancy, just good pictures taken at the right time.

The Golden Gate Bridge, in the San Francisco Bay, is illuminated by lightning that has hit precisely the metallic skeleton of the bridge. 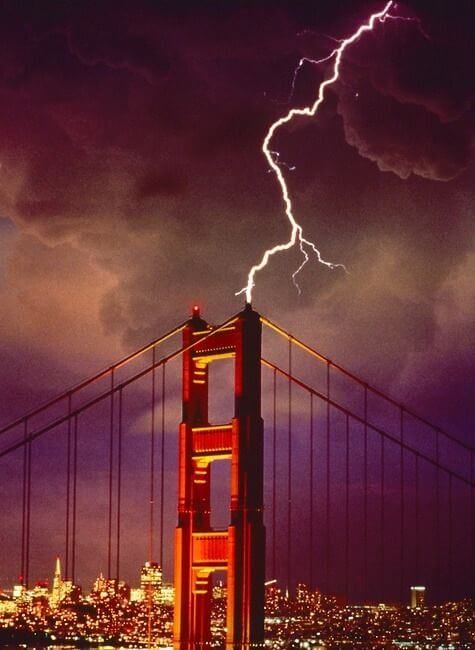 The gray sky seems to be about to explode, but you won’t believe what happened then. The Golden Gate Bridge, in San Francisco Bay, it is illuminated by a bolt of lightning that struck the metal skeleton of the bridge.

The shot was captured by freelance photographer Charles Hall just before it started raining.

How is lightning generated? 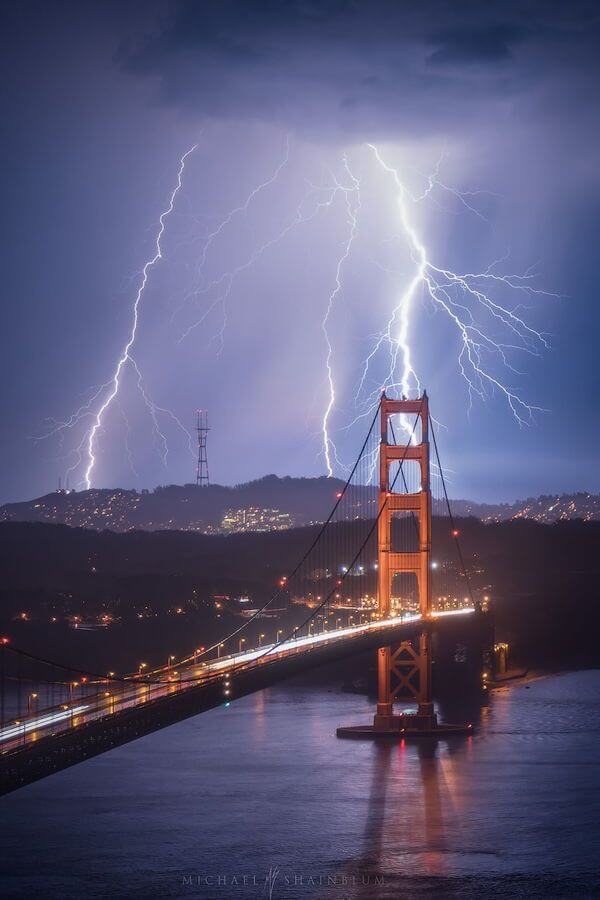 The discharge of a lightning bolt is an electrostatic phenomenon and usually occurs in the following way: an ionized channel (called a pre-discharge channel) begins from the cloud and advances downwards in the air, so that the resulting average speed of advance is about 1 meter/microsecond.

The area most prone to thunderstorms is in the southeastern part of the United States and there are about five hundred victims of lightning there every year, including deaths and injuries.

Lightning strikes are produced by currents inside the clouds that charge the water particles with static electricity. On meeting, the positive charges of the ground and the negative ones of the clouds generate an electrical discharge equal to 100 million volts.

Lightning produces thunder, a roar that is perceived only after seeing the light. This phenomenon is due to the fact that light propagates at 300,000 km per second, while the sound is much slower, 340 meters per second. 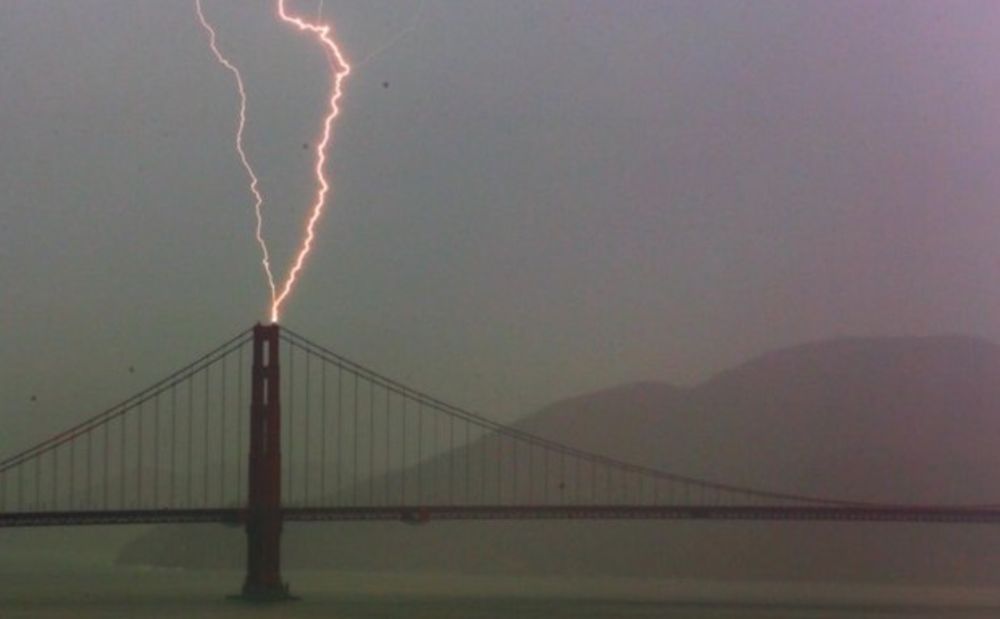 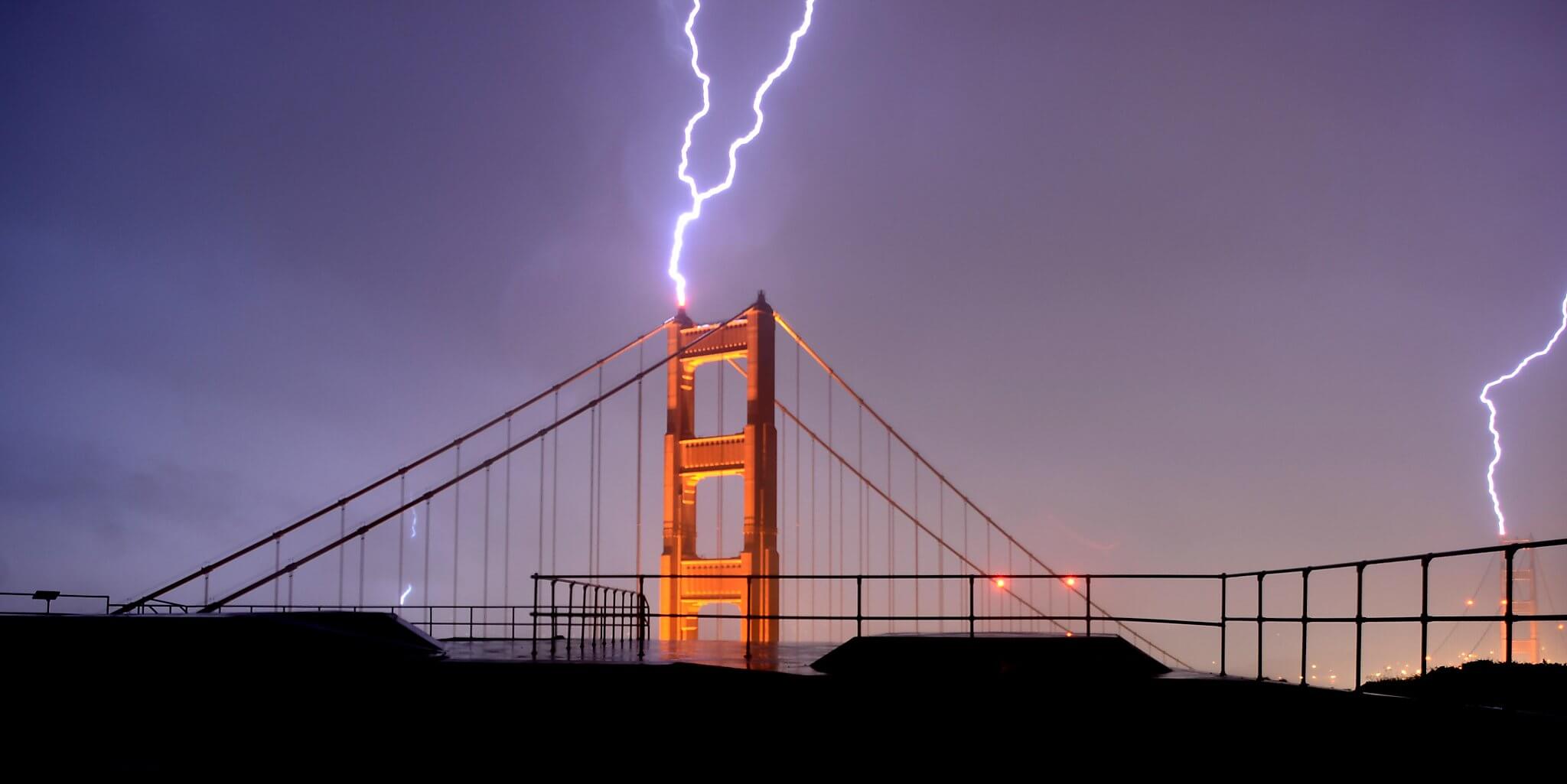 Who wouldn’t want to see a lightning strike the Golden Gate Bridge (from far away, possibly)? Please share this post with your friends on social media so we can all enjoy the beauty of the world and say whoa, that’s awesome!