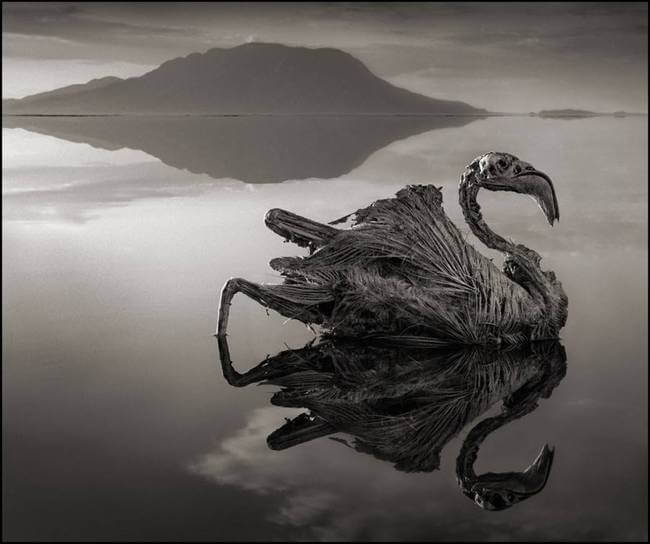 This post-apocalyptic sight is not belonging to some Si-Fi movie. It’s actually a natural surrounding of Lake Natron in northern Tanzania. The conditions of the lake are very harsh and animals usually avoid it, but those who die there are being turned into statues. 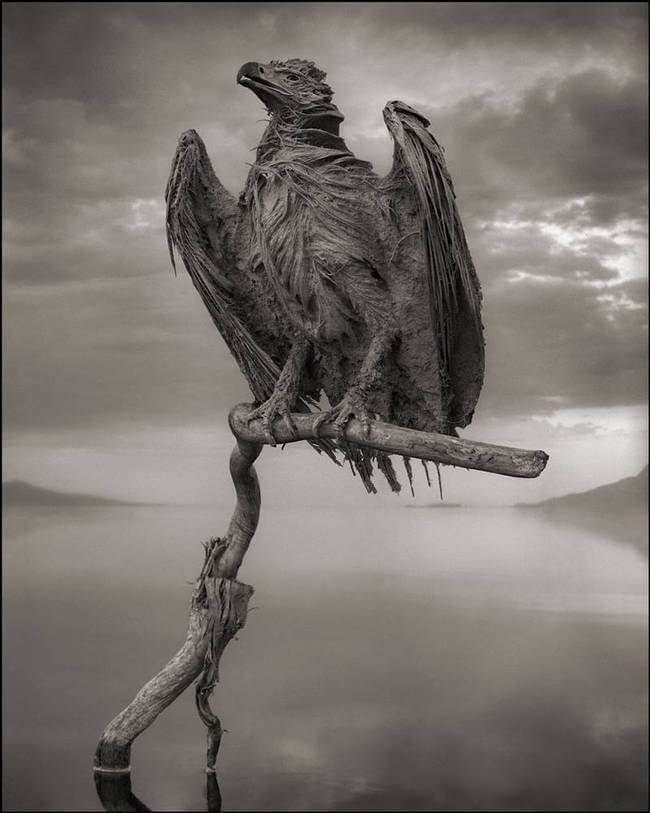 The lake is shallow and it’s so salty that it’s poisonous to most of the living beings. The temperature of the lake goes to 120 degrees Fahrenheit, so it has deadly characteristics. But still,rare flamingos come to the lake to nest as some birds which feed on algae that manage to live in such water. 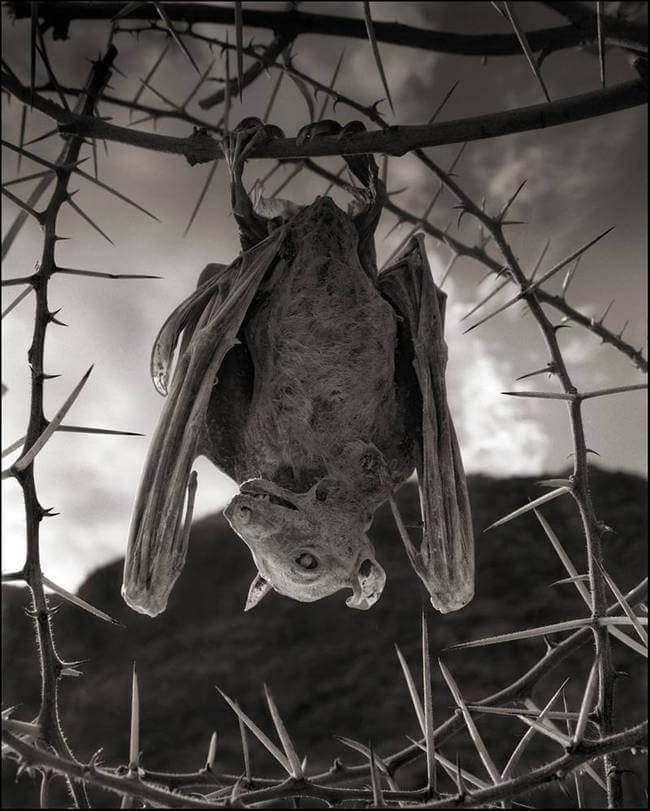 The reason why the animals which die here are being turned into statues is natron, a naturally occurring compound made mostly of sodium carbonate that comes from volcanic ash from the Great Rift Valley. You might have noticed that lake got its name by this specific compound. 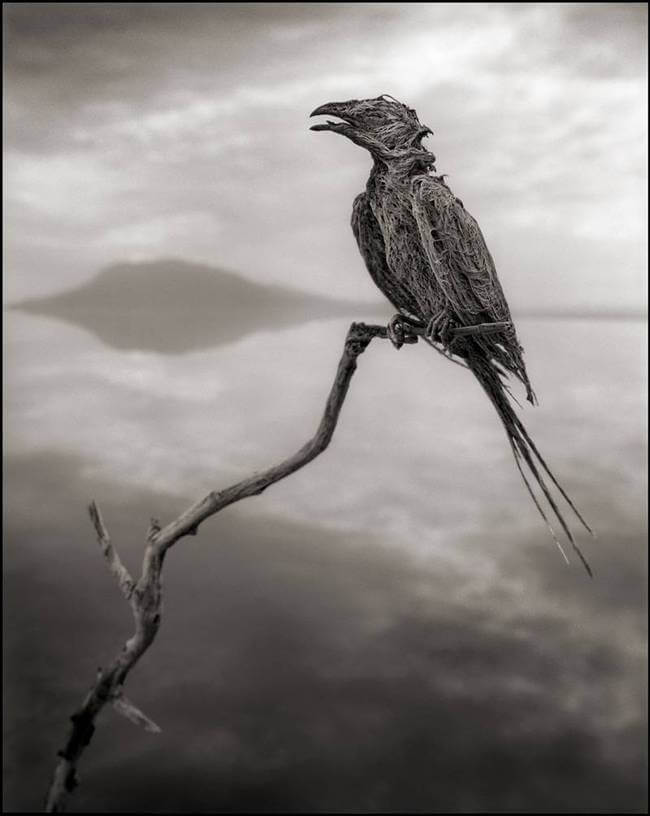 The photos you see in the gallery are work of photographer Nick Brandt who was greatly inspired finding the unusual sight. Before snapping photos, he positioned the statues of dead animals that he found on the shore. “No one knows for certain exactly how they died, but it appears that the extreme reflective nature of the lake’s surface confuses them, causing them to crash into the lake.” 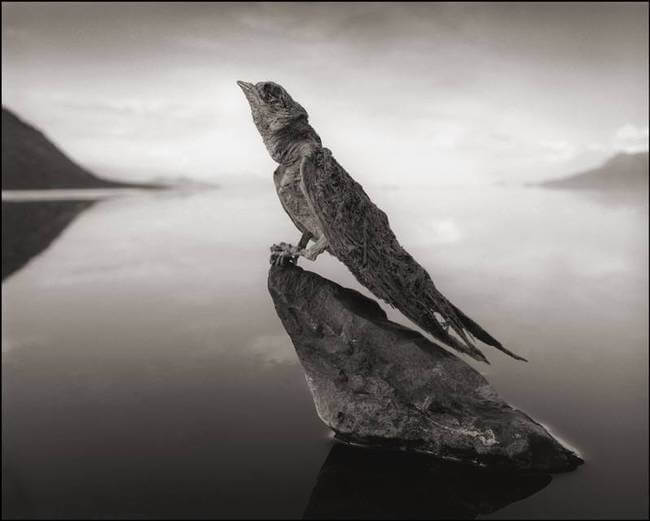 “I took these creatures as I found them on the shoreline, and then placed them in ‘living’ positions, bringing them back to ‘life’ as it were,” Brandt said. “Reanimated, alive again in death.”

These photos appear in a book titled “Across the Ravaged Land”. 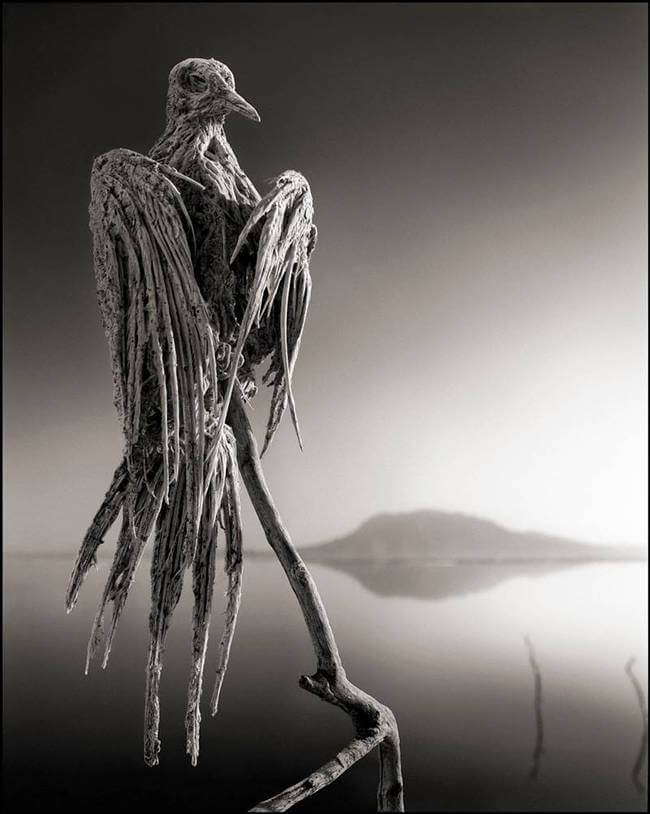