by Melaney
in Photography
0

Amazingly enough, these photos are not photoshop. Photographer Benjamin Von Wong has created a series of pictures starring the sea’s most frightening habitants. Sharks! 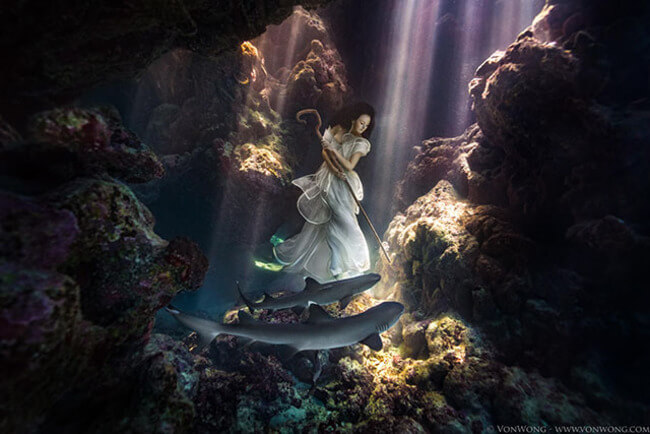 The photographer actually tied the model down while sharks swam around her. The shoot was done in Fiji’s water, where the shark-dives are first class.

The team had to shoot from 11AM to 1PM in order to ensure that the sharks were up and moving, and that the light could hit in a nice way. For 3 days, the team waited for the perfect shot. Amber Bourke, the model and champion free-diver, was magnificent as she waited for the sharks to come to her and then she struck a few poses before running out of breath. Von Wong describes their techniques below:

“Once one of them got deep enough into the cave and we thought there was a good chance of us capturing a shot, Amber would take a deep breath, rip off her mask and strike a couple of poses for as long as she could.” 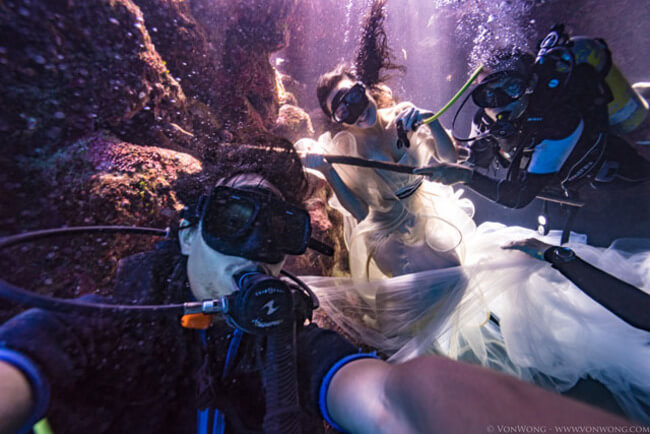 The pictures aren’t the only thing that is incredible, though. The series was created by Von Wong in hopes of raising awareness for the plight of sharks, and is helping petition for a no-kill policy, along with a shark sanctuary. 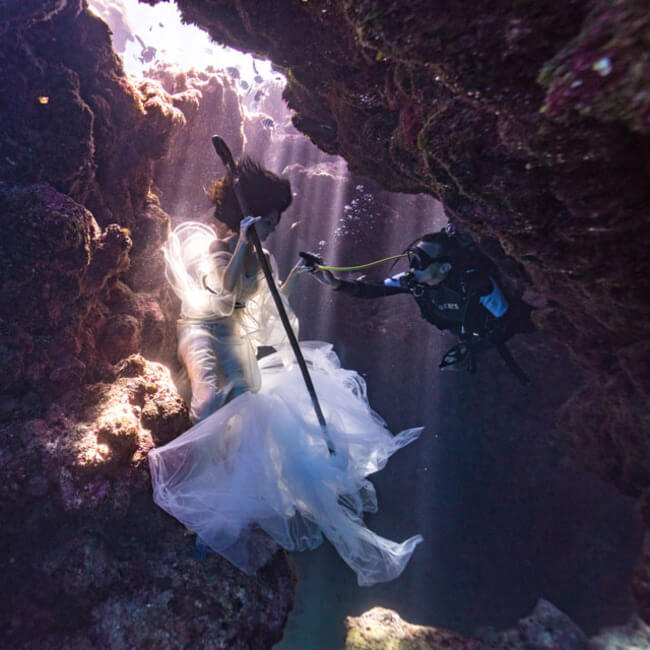 With that being said, Von Wong’s work is not only beautiful, but meaningful. He’s quoted as saying,

“As a photographer looking to create meaningful work, this was the perfect opportunity for me to create a series of images that would promote [the shark’s] beauty while advocating for their protection.” 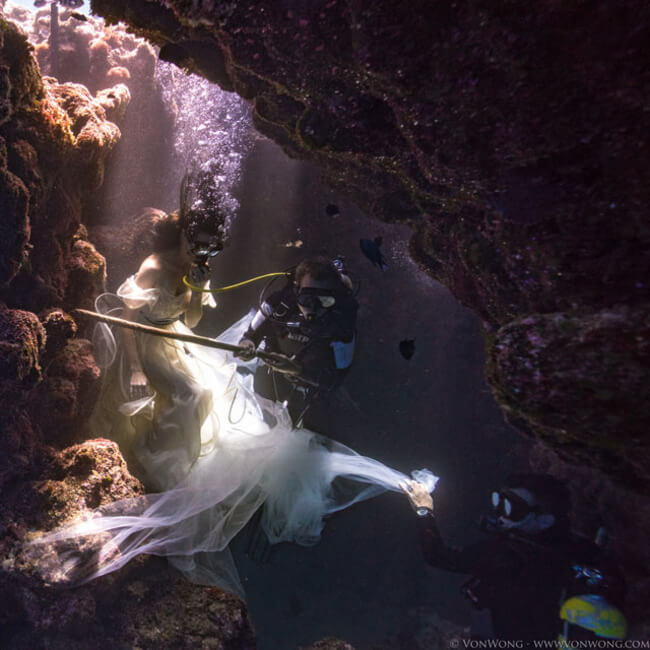 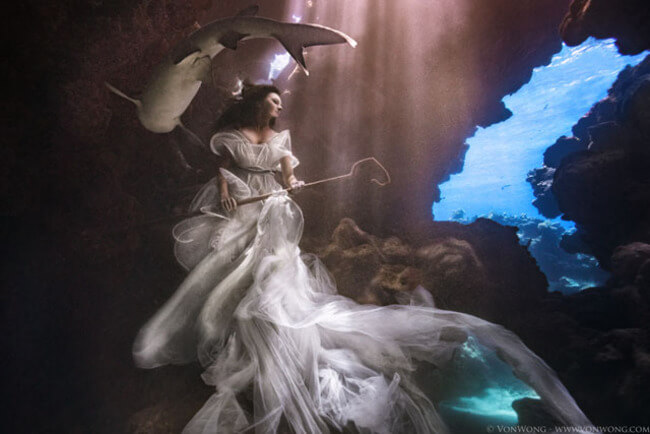 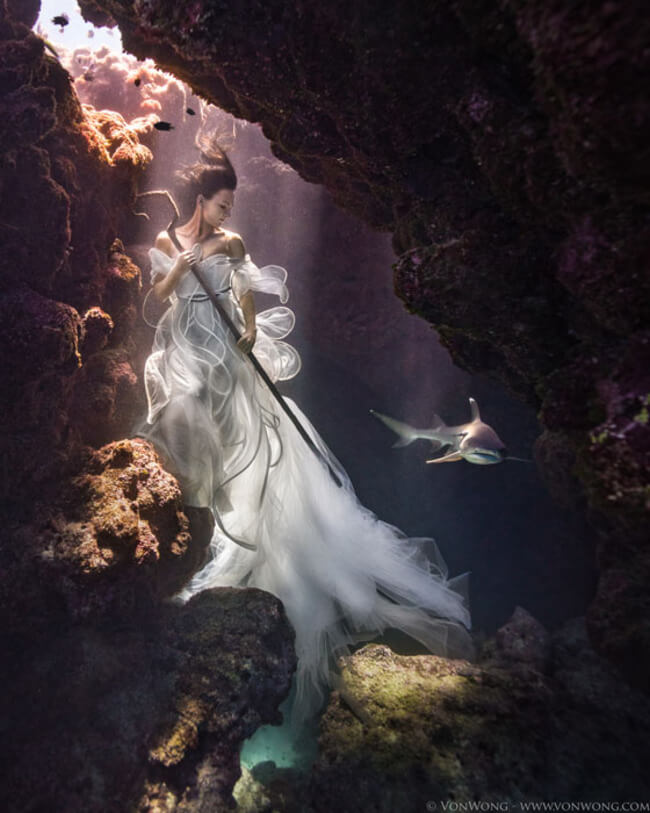 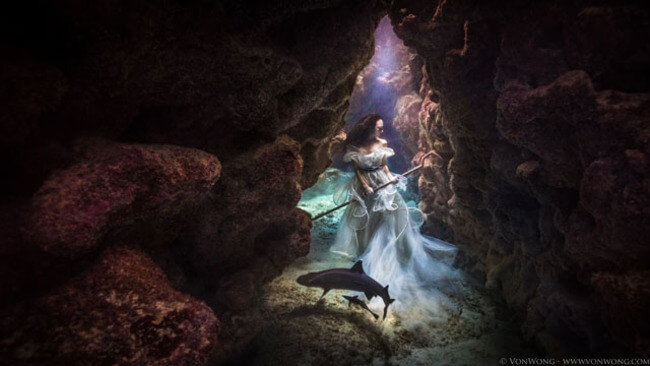 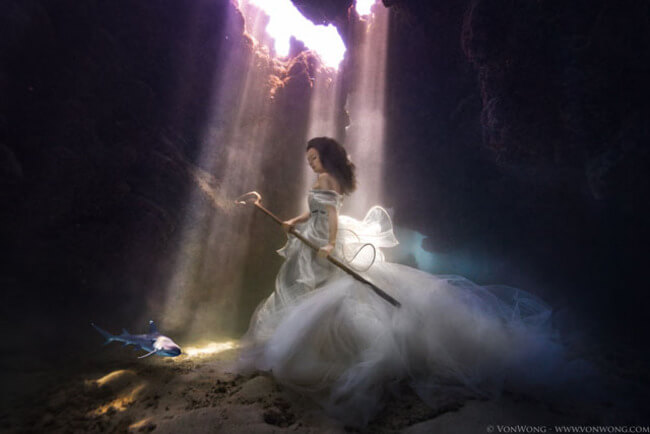 10 Adorable Kitties Born with Googly Eyes. Can Handle It?

10 Adorable Kitties Born with Googly Eyes. Can Handle It?