My Food Shits On Your Food: 14 Funny Vegan Memes 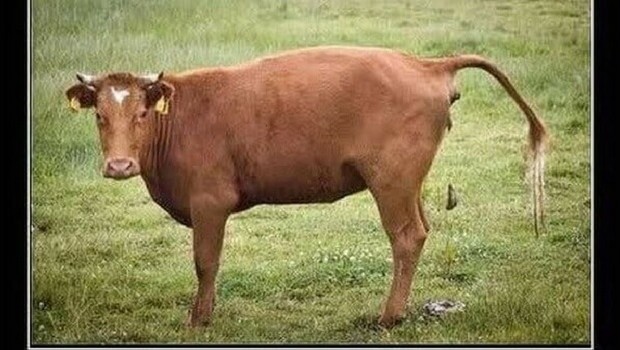 We’ve got a new meme article here. It’s about how my food shits on your food. Oh, let me explain this weird phrase and article. It is no mere meme article, it is a meme article with funny vegan memes. Whether you’re a vegan or not, just watch them with a funny eye and no spit in your soul. We’re here to make fun of each other and keep ourselves alive, so don’t take these too seriously please.

We’re not here to offend each other or anyone. Whether you’re team vegan or team omnivorous, give it a laugh and eat on whatever you like and feel good eating. Peace and enjoy the memes, they make life so worth living! (in an internet weird way)

1. This shall be illegal, right? Somebody arrest the one food shitting on the other food please. 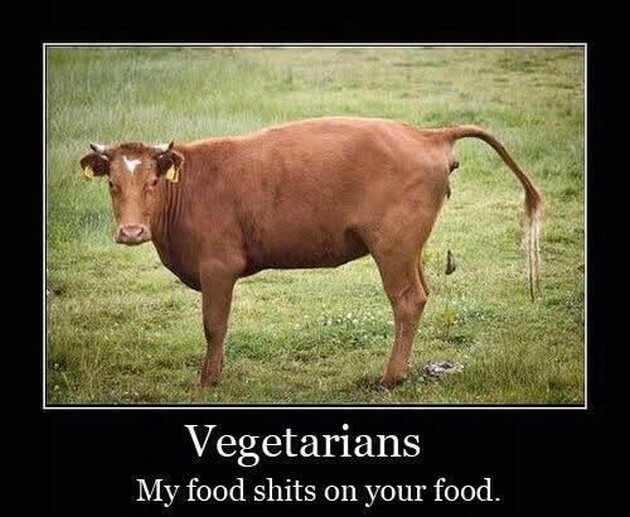 2. This buddy here got it right. But still, why can’t we make jokes on the fight between vegans and not vegans? 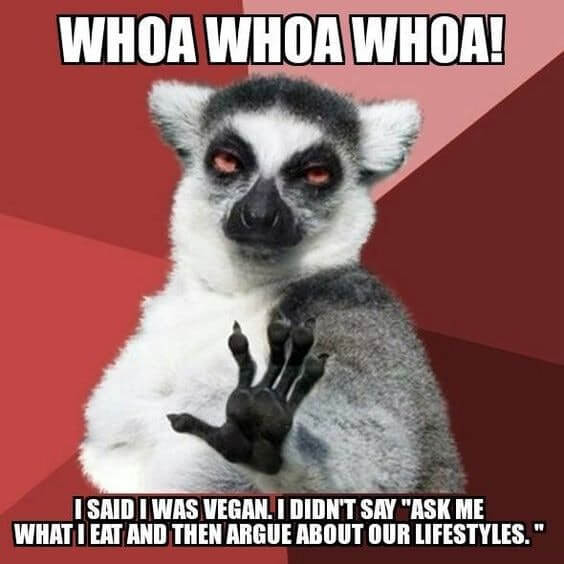 3. It is funny that a dinosaur is thinking vegan…hm. It might be a vegan dinosaur 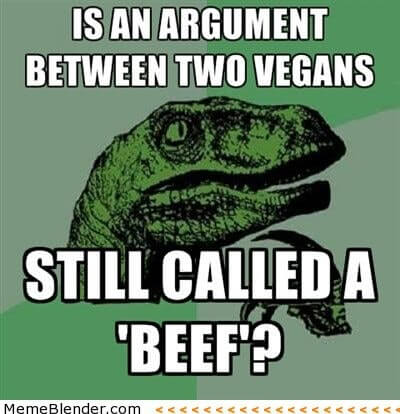 4. They should all know about us and fear us. 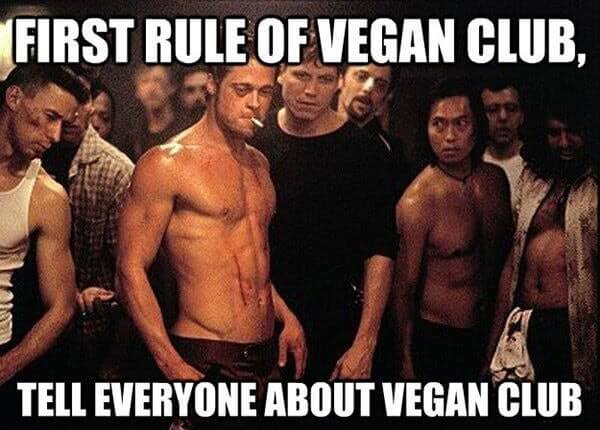 5. This one is a vegan meme, don’t you think? We’ve got a vegan in disguise here. 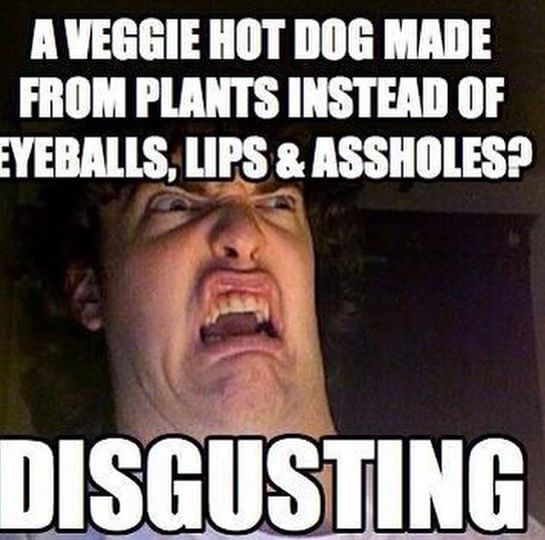 6. Vegans sometimes know how to fight back. They do rock. 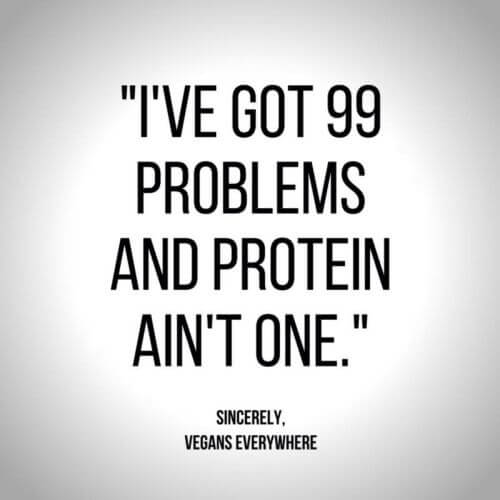 7. Me too! I’m a second hand vegetarian, also. Where’s my prize for my courage? 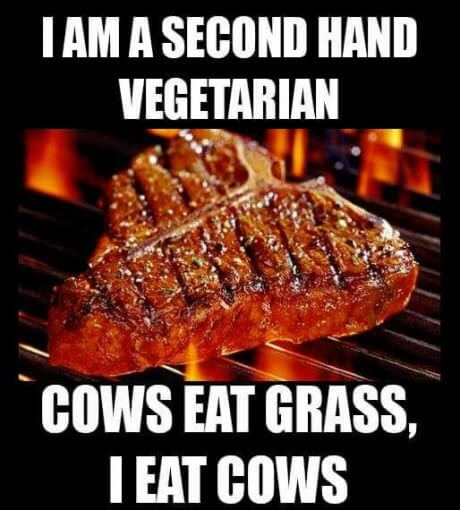 8. The worst punishment ever for a vegan. What does he eat now? 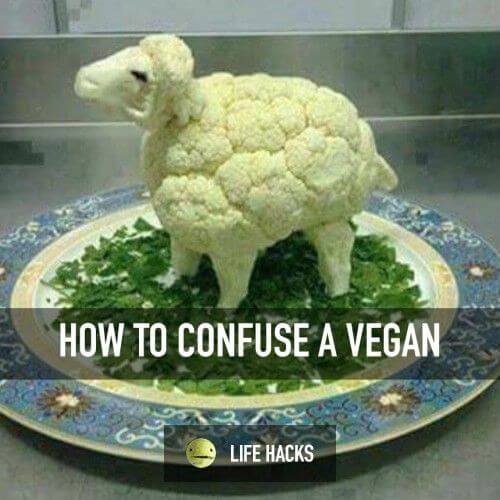 9. Being a vegan can do such things? Where are the burgers? I want a burger to unsee this. 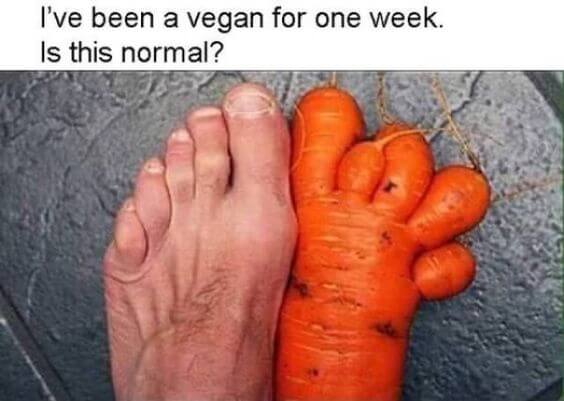 10. Vegetarians fight back here. There you go, guys. 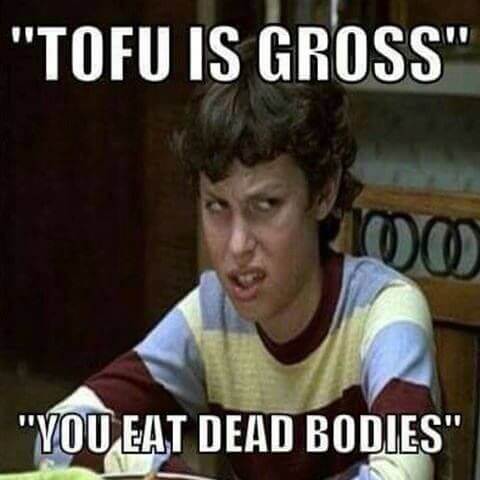 11. The Vegetarian has always been the butt of jokes. Take it with a pinch of salt, you, Vegetarian. We’re sorry. 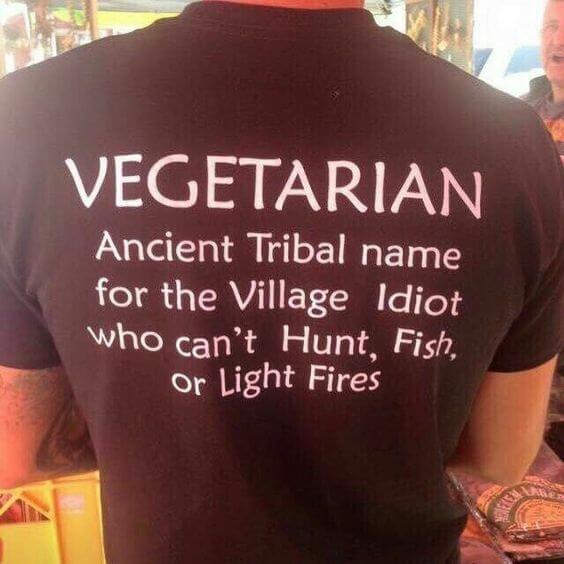 12. This logic is so wrong it makes sense, actually. Just kidding. 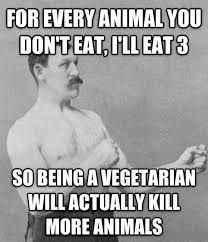 13. Worst sacrilege ever. How could you do that? 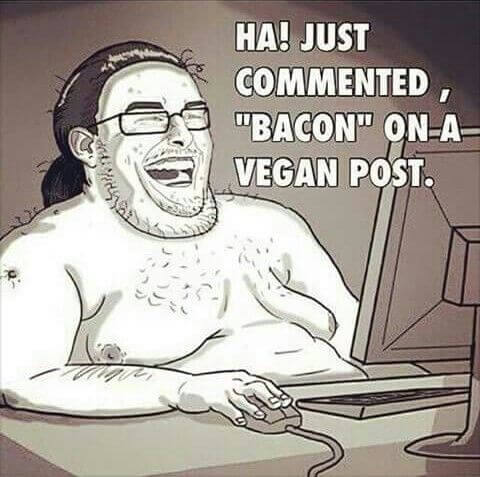 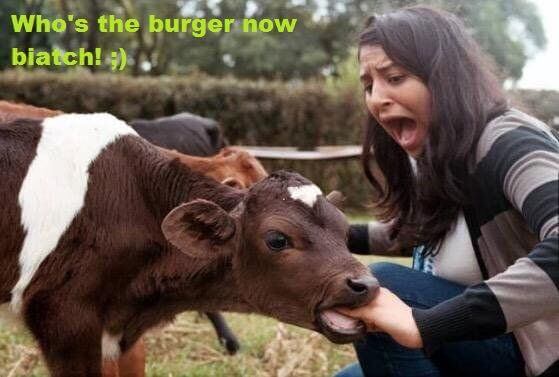 My food shits on your food was brought to you by the twisted minds of the internet community, we just think it’s hilarious.