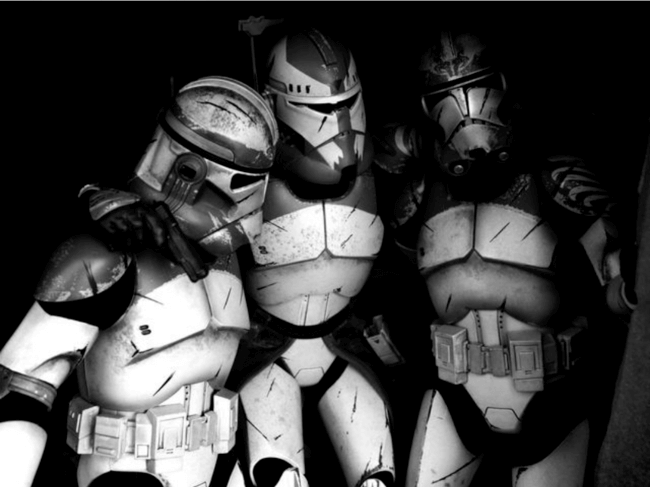 With previous combat experience and perspective, Marine Sergeant Matthew Callahan who was working in public affairs was able to present the Star Wars in a real-life fighting scene as part of the photo essay project called “Galactic Warfighters.” Callahan spent over three years in using the Star Wars action figures that show the real combat.

“Despite these epic, sprawling good and evil battles, there are still just real people fighting on either side that have their own personal stories to tell,” Callahan told Marine Corps Times. “Whether or not they align with the super-good or the super-evil notions in stories of the universe they’re fighting in, they’re still just people.”

“It’s not a criticism of U.S. foreign policy or anything like that,” he said. “It’s just meant to tell the personal stories of the people embroiled in whatever conflicts there may be.” 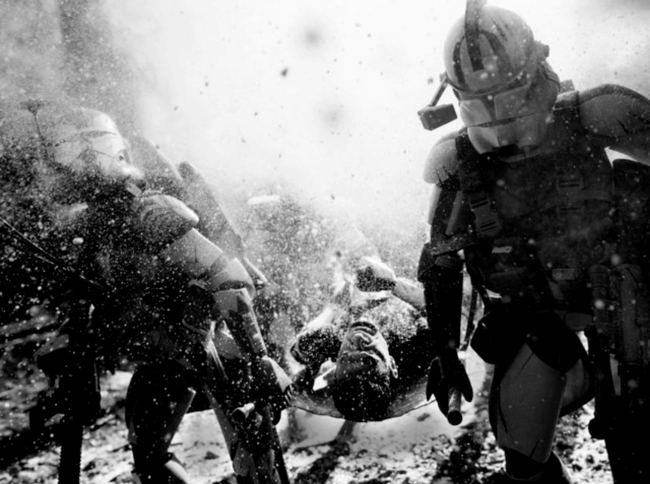 Callahan joined the Marines in 2009 as an assaultman but got wounded and switched to the public affairs office in 2013 to recover. While recovering, he learned the art of photography and his subjects are the Star Wars action figures. 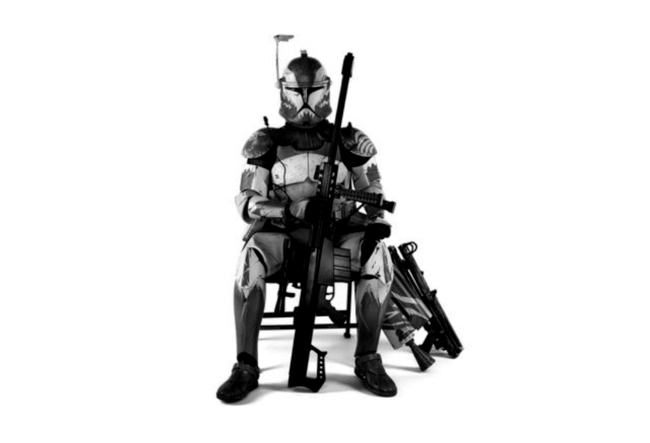 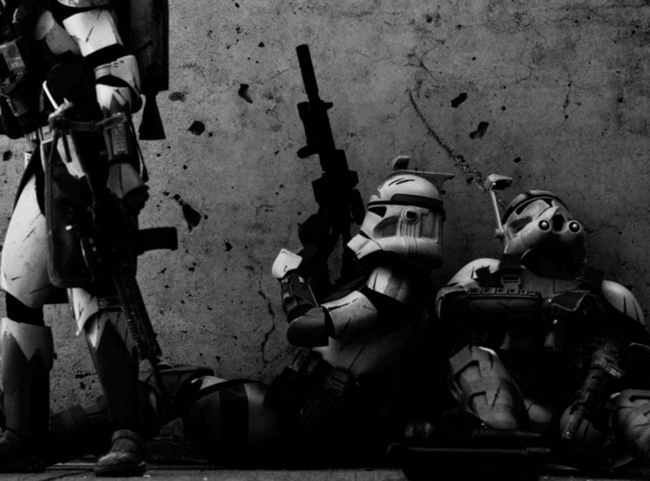 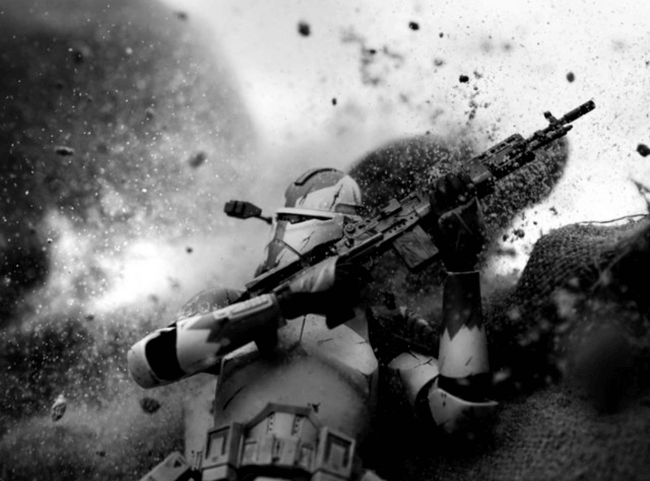 “A lot of ‘Star Wars’ fans, what they’ll point out is that with the Clone Troopers or the Storm Troopers, they’re trained to just fight, fight, fight,” he said. “They’re trained to just leave their fallen comrades behind and just charge into battle. By making a photograph like that, that’s how I’m taking the real world and the fictitious world and morphing them together to tell my own story.” 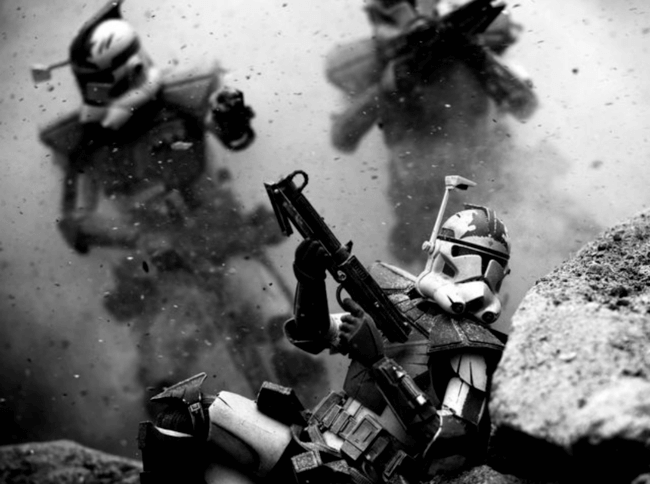 “It’s one of the most arresting images I’ve ever seen,” Callahan said. “It stops you in your tracks and it forces you to explore things further. It’s one of the few images that’s changed public opinion of conflict.

“It really drove the discussion about the Vietnam War. It got people to think. And I think that’s just something that would contribute to the project because in a way, that’s what I’m doing with Galactic Warfighters: Forcing people to think about conflict in a different way.” 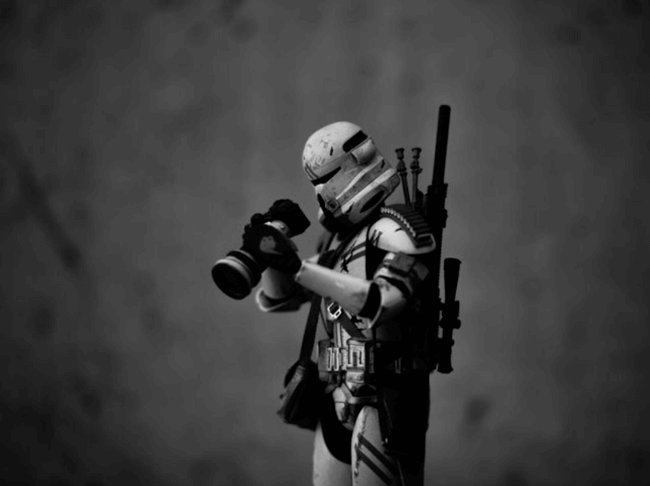 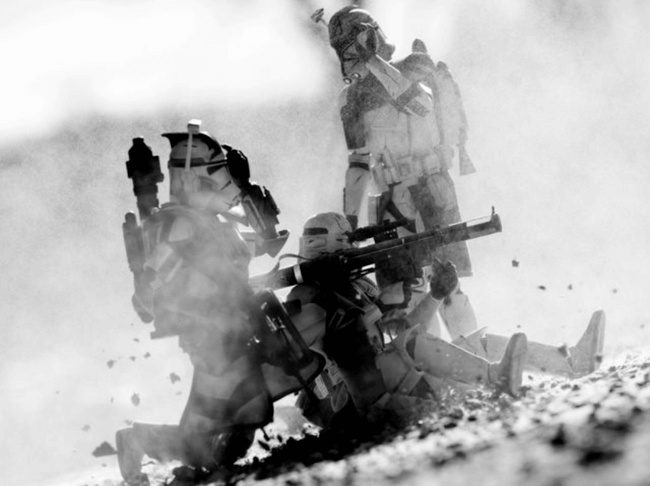 “By telling these stories in the framework of the ‘Star Wars’ universe, it might … inspire them to think about how wars are fought and what men and women in the service go through and the stories that they have to tell through the Clone Troopers or the Storm Troopers that I photograph,” he said. 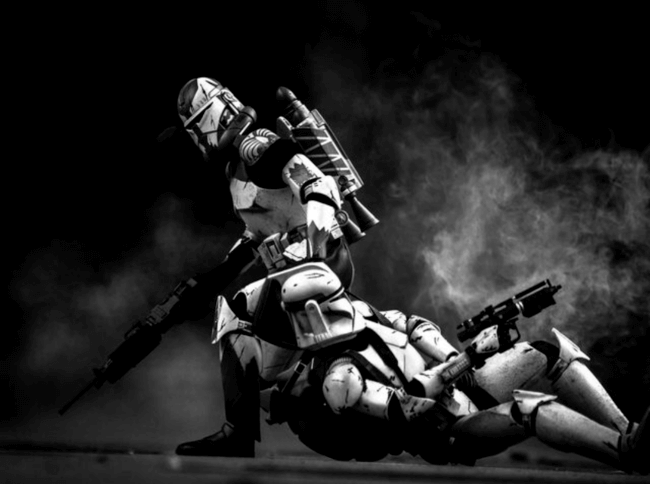