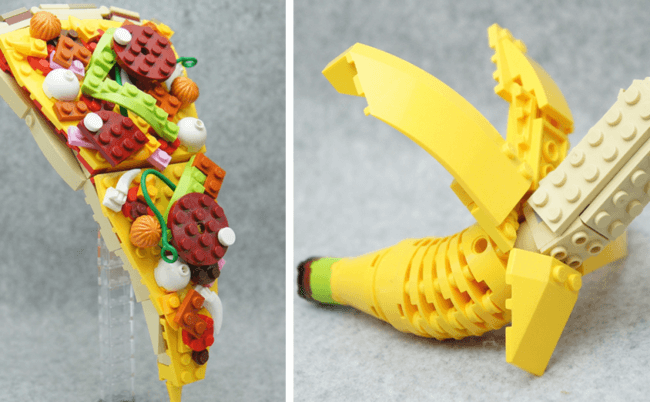 Are you enchanted by these Lego Blocks as i am? They seem so attractive and delicious looking that you have to take a second look at them before going in for a bite. They are jaw dropping! Tary who is a Japanese Lego creator is the one responsible for this colorful and delectable-looking collections of food which he designed and apparently made out of Lego Blocks.

From desserts, fruits and vegetables to junk foods and even bento boxes, he made such an incredible Lego artwork. He in fact has already sculpted all the major food groups. 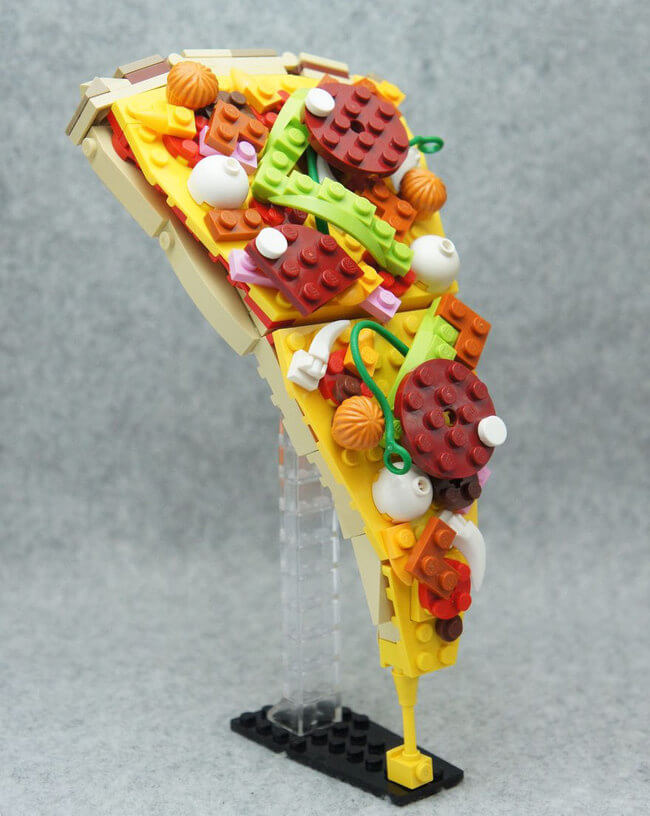 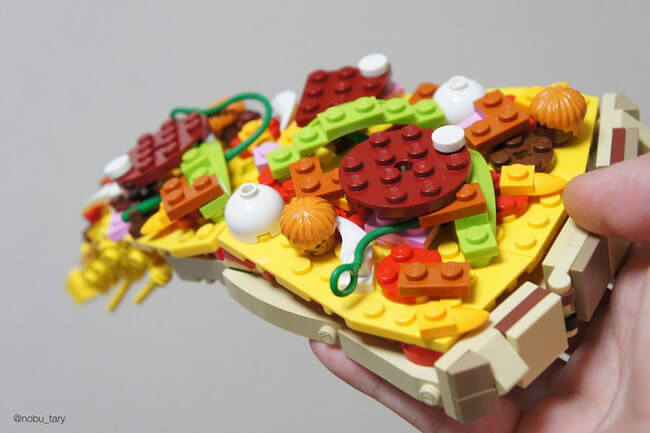 Aside from the delectable looking food, Tary also designs Star Wars characters, and Gundam robots which will leave you astounded and amazed because they are all so impressive. Though originally, his passion for creating food from Lego blocks garnered him more achievements and recognition, because it was a unique idea. For example, the slice of pizza where the cheese is dripping from the slice is almost realistic.

In his most recent artwork, he is proud to feature the Tendon tempura rice bowl using the orange and yellow blocks for dried shrimp tempura combined with the white blocks which he used for rice. This terrific appearance of a Japanese meal that won 1st place in an original Lego model contest made him known for this kind of artistic skills

The entries are on exhibit until May 31, 2016 at ClickBrick Lego store in Odaiba, Tokyo (located within the Venus Fort shopping complex – Gmap) if you’d like to visit. But in the meantime, i’m going to eat something:) 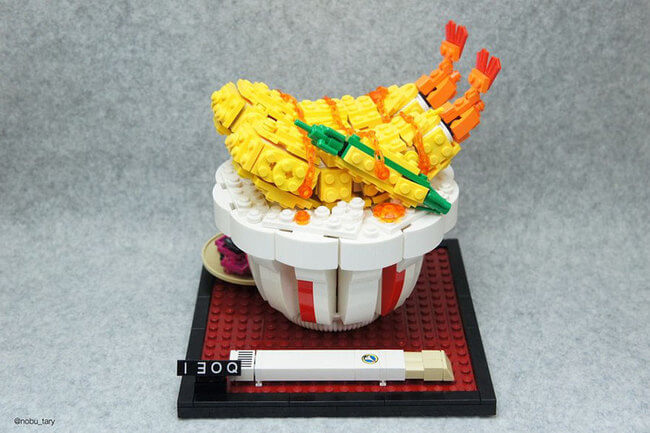 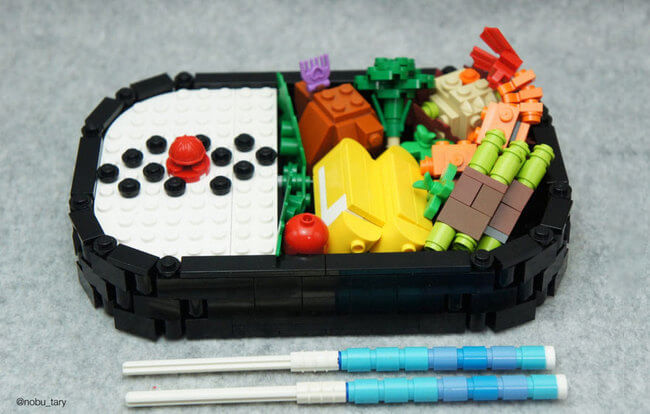 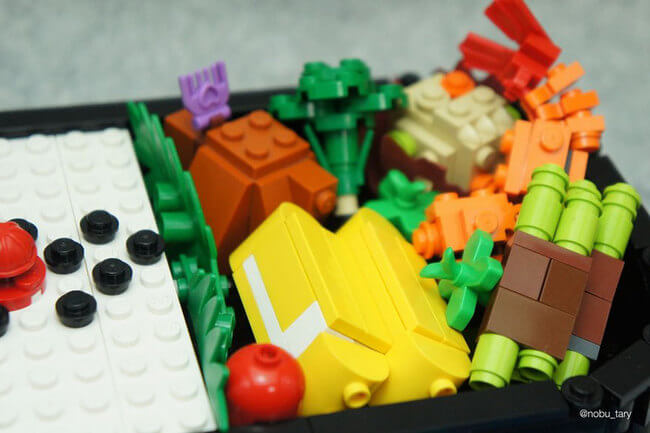 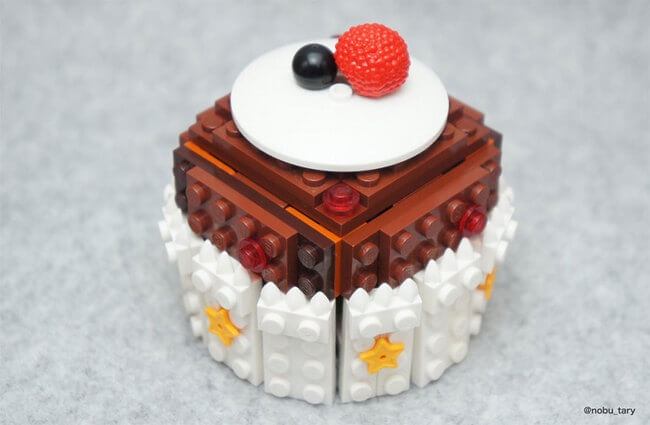 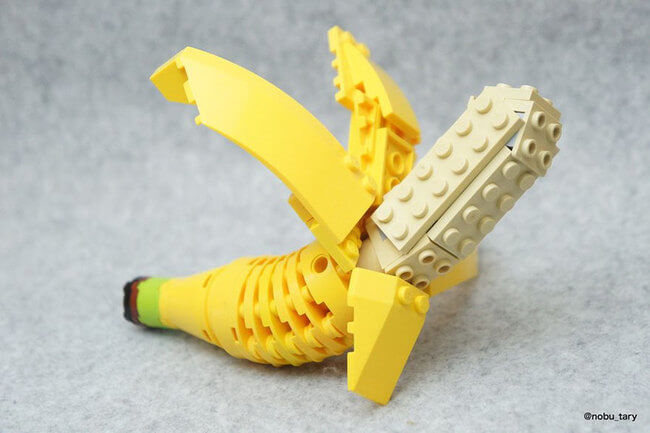 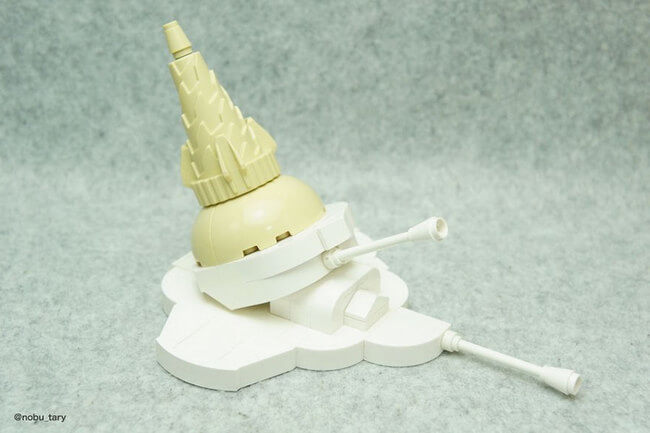 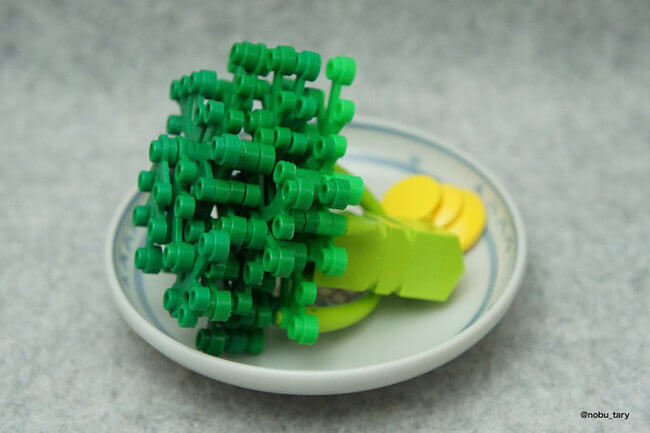 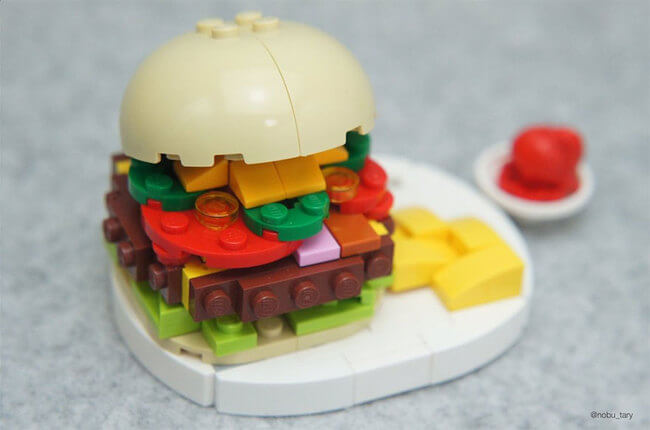