Pakistan jingle trucks jingle and ring whenever they move

by Ramona Kab
in Art
0

Art appears in many different forms, and the creativity of using different mediums breathes life and excitement into each piece. It becomes exciting when artists take their work outside of the canvas and deeply integrate it into different aspects of daily life. Pakistan truck art, Jingle trucks, is a great example.

These unique vehicular decorations have steadily become popular in South Asia that boast intricate patterns and even calligraphy. They coined the term jingle trucks for these flat-bed vehicles in Pakistan as the chimes attached to the trucks jingle and ring whenever they move.

Jingle trucks have become an iconic piece of cultural expression in Afghanistan and India, catching the world’s attention in recent years. With the rise in interest also came many other questions. Where did these trucks come from? Why are they so colorful? And what purpose do they serve?

It turns out these trucks are more than just simple forms of moving art and have a history behind them. 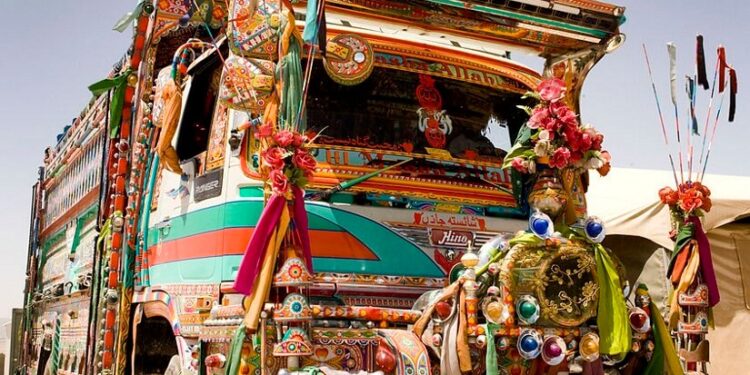 The History of Jingle Trucks

Truck art is an age-old practice with roots in Sufism, a more mystical tenet of Islam that focuses on spirituality and the purification of the body. Durriya Kazi, an artist, and professor at the University of Karachi in Pakistan, describes the trucks as ways to gain “religious merit,” similar to how the Sufi would decorate shrines and other religious sites.

Truck owners that embellish their vehicles this way expect their trucks to reward them by maintaining a smooth journey on the road free of breakdowns or accidents.

The emergence of jingle trucks in Pakistan dates back to the 1920s, with Bedford trucks imported from England. Wooden prows (also called a taj or crown) were placed on top of the truck bed and decorated with bumpers and wooden paneling.

The 1940s saw a more restrained form of today’s truck art as trucks began long-haul journeys with company logos on the side to signify which company the truck belonged to. Sikh transporters would also paint portraits of their spiritual Gurus on the sides of their trucks.

These were usually painted with vibrant colors, and as Pakistan gained independence in 1947, truckers started to incorporate even more elements around the Sufi portraits. Trucks with whole landscapes, colorful animals, and even flying horses could be seen on the road!

The 1960s and 1970s saw a change in truck art. Professor Kazi observed that trucks that previously featured portraits of Sufi Gurus or political figures were now replaced with paintings of a Pashto (pop music genre) star. Truck drivers also started to paint family members on the backs of their vehicles.

The jingle trucks from South Asia were even thought to influence Dekotora trucks in Japan, which added their own twist by adding lights that shone brightly. 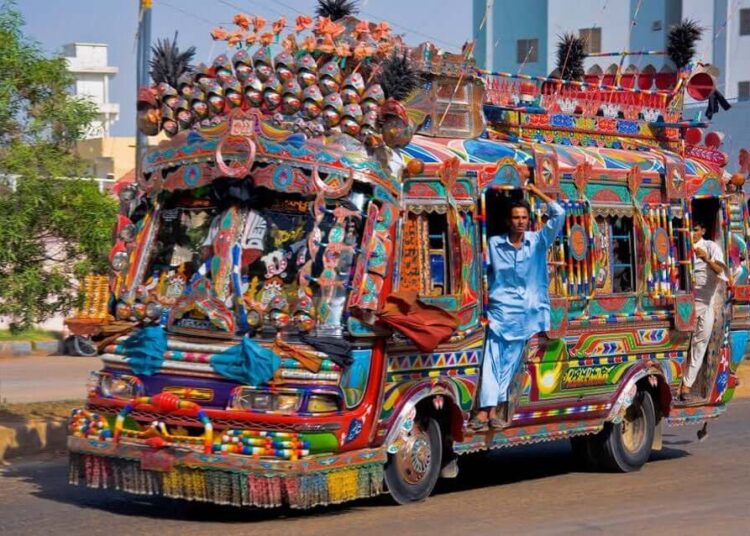 Truck art continued to show spiritual and exotic images until the late 1960s, which eventually evolved to images and calligraphy in the early 1970s, usually covering the whole vehicle instead of just the back.

These art styles took inspiration from billboards and film features in Pakistan that became more kaleidoscopic in color and overall appearance. These designs started appearing on other vehicles, such as the mini-buses in Karachi.

As truck art continued to become iconic art pieces that evolved with the times, the government of Pakistan and individual organizers began to hold exhibitions around the country and worldwide in the 1980s. By the early 2000s, truck art had cemented itself as a vibrant new form of folk art in the country.

Truck art styles varied per region in South Asia. Trucks in Peshawar often had trimmed wood, while those in Islamabad preferred the use of plastic materials. Some of the unique trucks had camel bone ornaments in Sindh. Trucks in Delhi often change slogans and designs to mirror the socio-political atmosphere.

With all of that rich history explained, here are some of the most eye-catching jingle trucks in South Asia for you to marvel at! 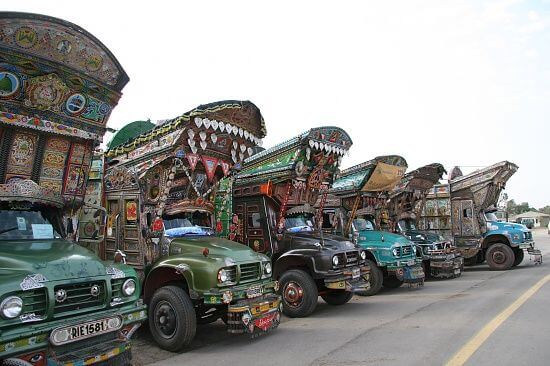 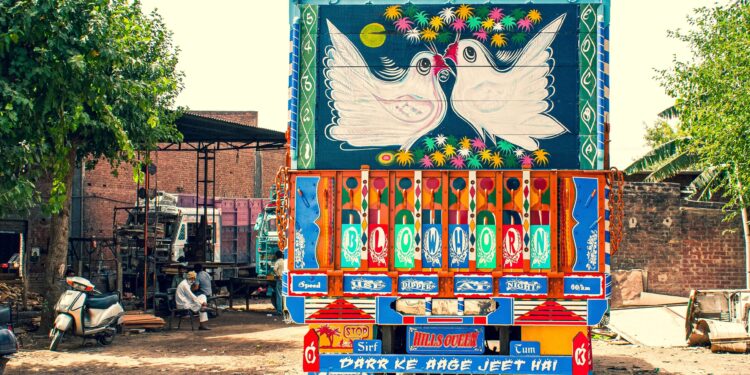 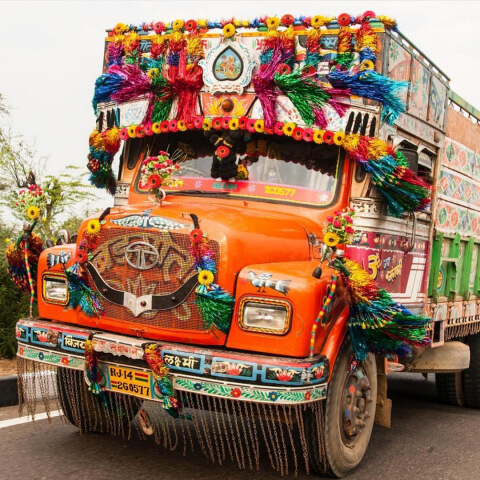 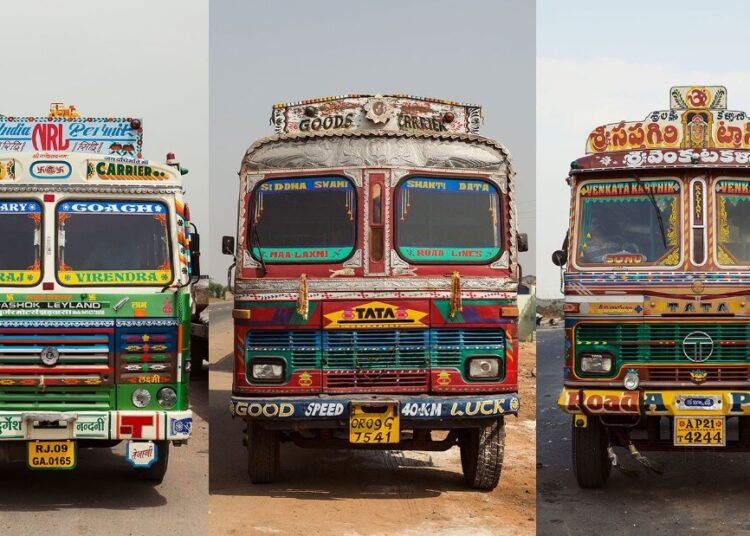 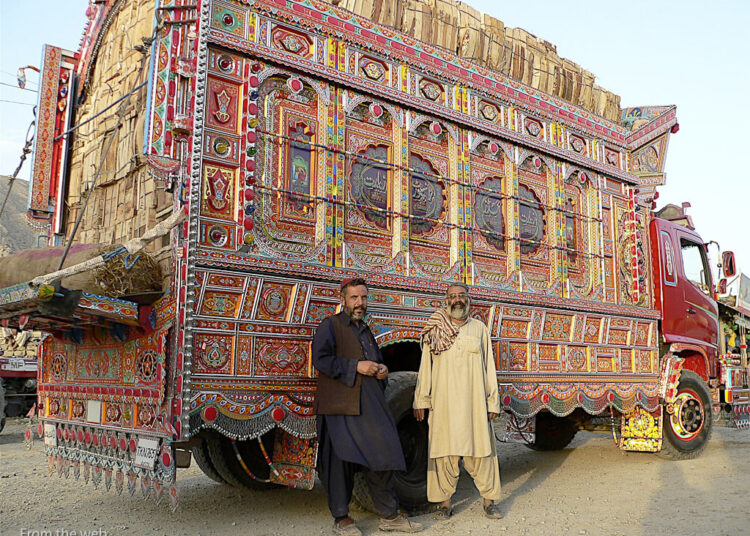 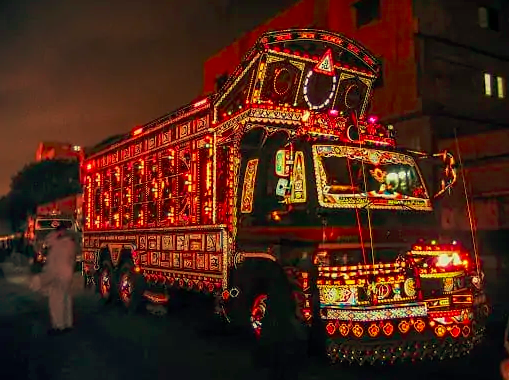 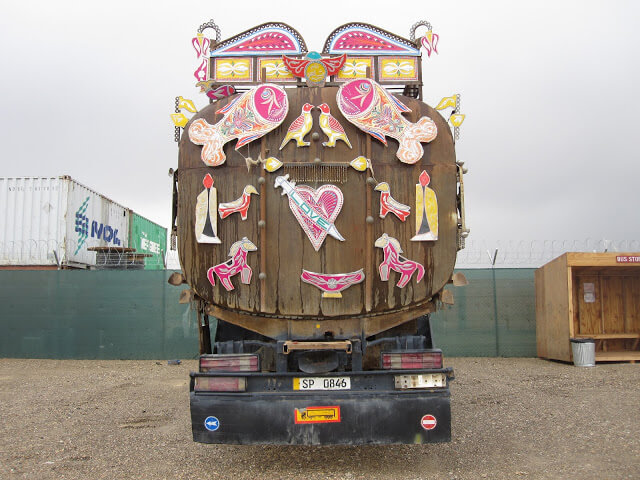 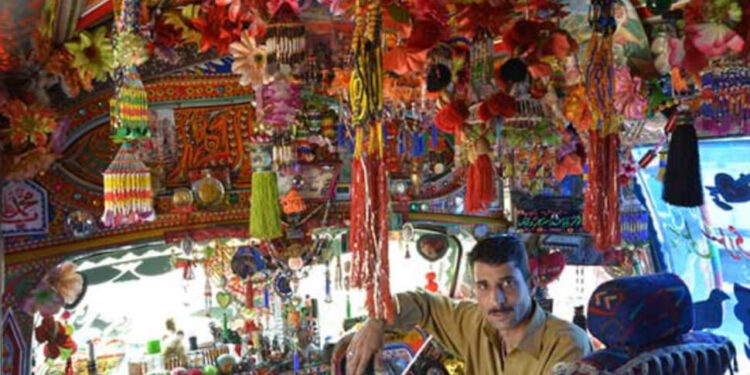 For more amazing features from different parts of the world, stay tuned for our other articles on art and culture and check out this piece we recommend.