It’s dangerous to go alone! Where does this famous sentence come from? Easy! From a quote that dates back to the 1986 Nintendo game The Legend of Zelda. The meme is today famous basically everywhere, even among people who have never played the game.

The quote keeps being used as an image macro. Someone receives a little animal or an object as a gesture of kindness. On most occasions, to insinuate protection.

What’s Going on in ‘It’s dangerous to go alone!’ Meme?

One of the Legend of Zelda characters walks into a cave and at one point stops to converse with an elderly man, who then hands him a wooden sword accompanied by the words, “It’s dangerous to go alone! Take this.”

What came after is history: people started using the same words with different images and sending them to friends. The most popular one is that of a small kitten sitting on the palm of someone’s hand, meaning that one person is offering this kitten to the other as a sign of care. The same words, “It’s Dangerous to Go Alone! Take This!” are often used to accompany the image.

Around May 17th, 2004, a YTMND created a page with the title “It’s Dangerous to go Alone!”. It incorporated an image from the scene of the game The Legend of Zelda, accompanied by a sound effect from the game.

On February 9th, 2007, DeviantArtist Kevin Block uploaded a comic showing an image of the old man from the game The Legend of Zelda attempting to give the main character of the game a red ring with the words “It’s Dangerous to Go Alone.”

As seen in the photo below, it went very differently! 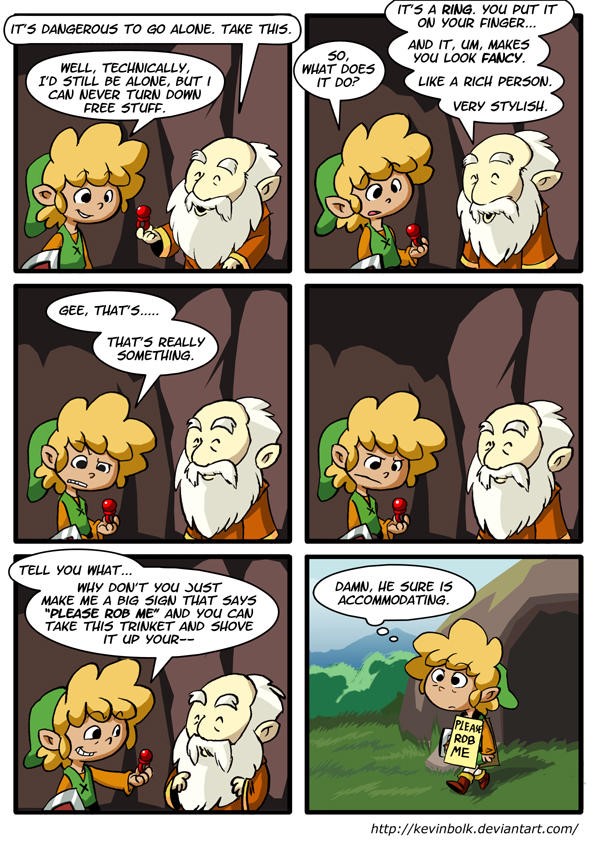 The image macro continued to gain fame on December 15th, 2009, after Viashino_wizard posted a witty image of a little hamster and a knife taped together, resting on someone’s palm with the same words. “It’s Dangerous to Go Alone! Take This.”

On June 25th, 2011, another hilarious photo stuck on something that looked like a door came out. The image represented an old man from The Legend of Zelda and little drawings of swords with the words “its dangerous to go alone,” insinuating that whoever passed through that door should cut out the small paper sword use the sword for their protection.

It’s interesting to see all the memes that various comics enthusiasts have managed to come up with, using the same words over time.

If you enjoy this meme just like we do, you’re going to love our collection of the best “It’s Dangerous to Go Alone, Take This.” memes!

Here are our Favorites Memes!

1. Who wouldn’t need a tiny rodent and its mini weapon? 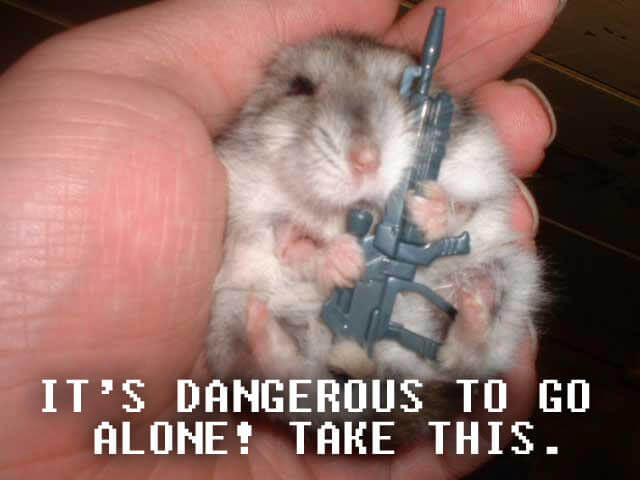 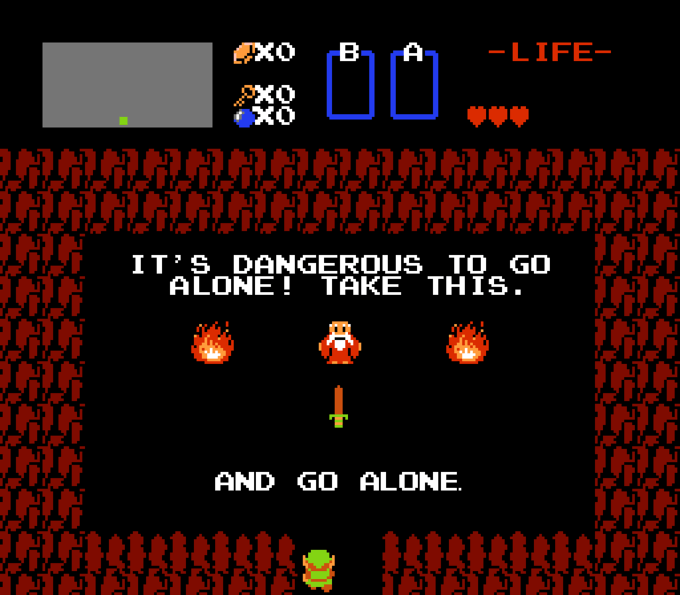 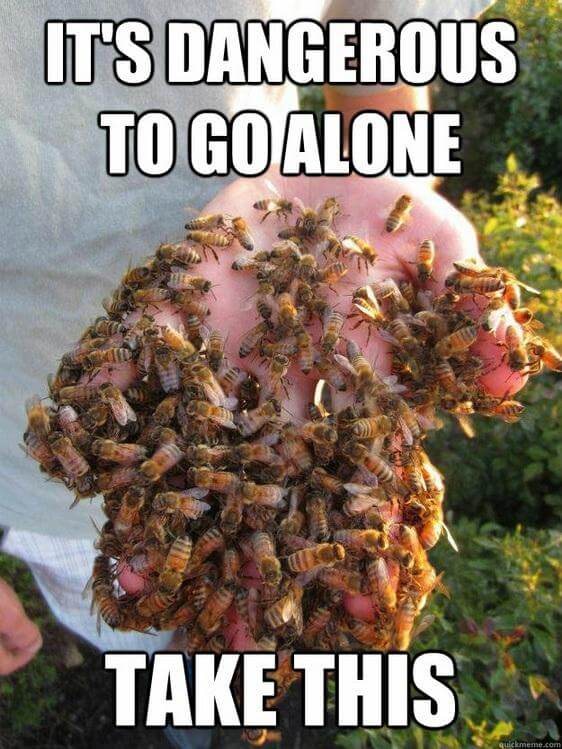 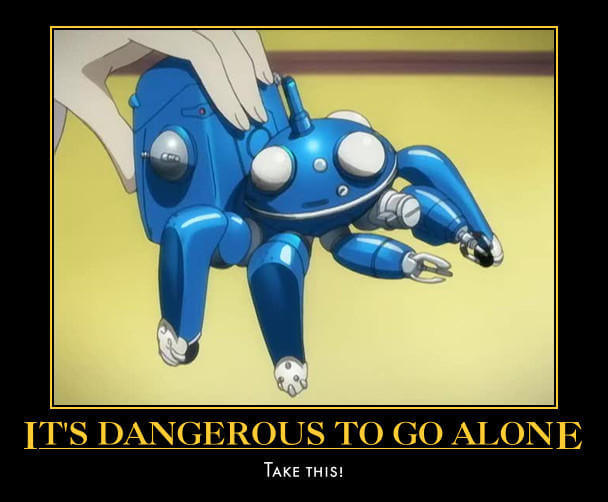 5. What about this rainbow cat? He will help you with your adventure! 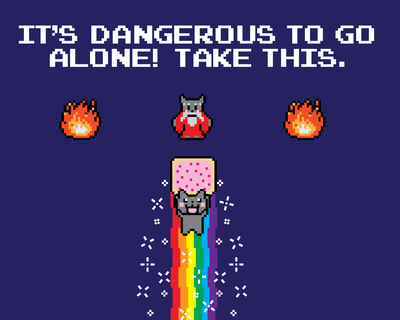 6. Take this small snail. This will surely protect you! 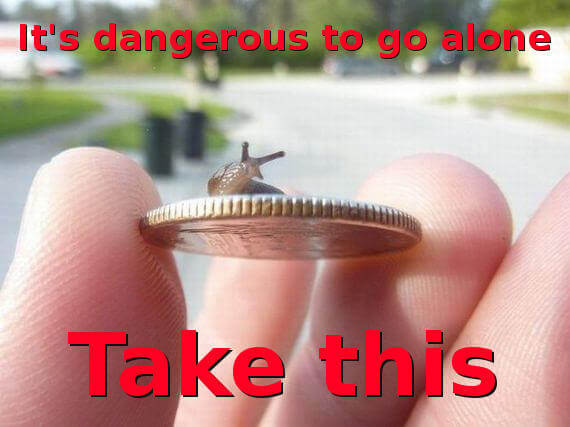 7. We could all use a couple of cosplayers! 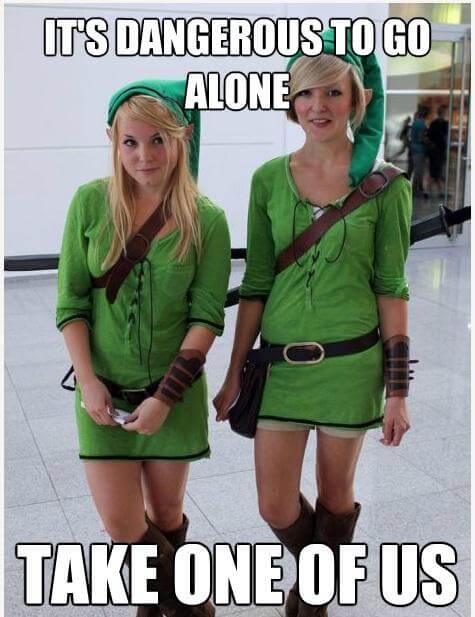 8. Justin Bieber is better than a sword! 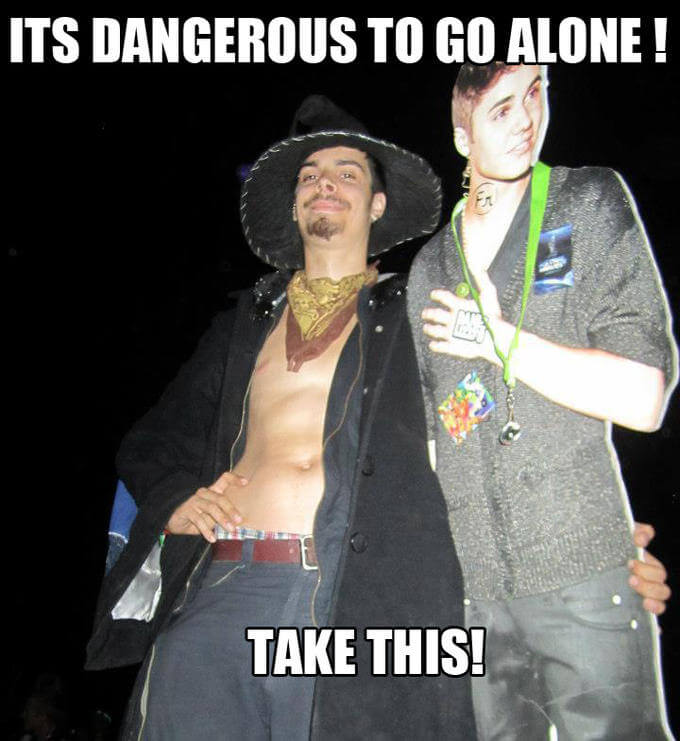 9. Here, take a Vulpix for your troubles! 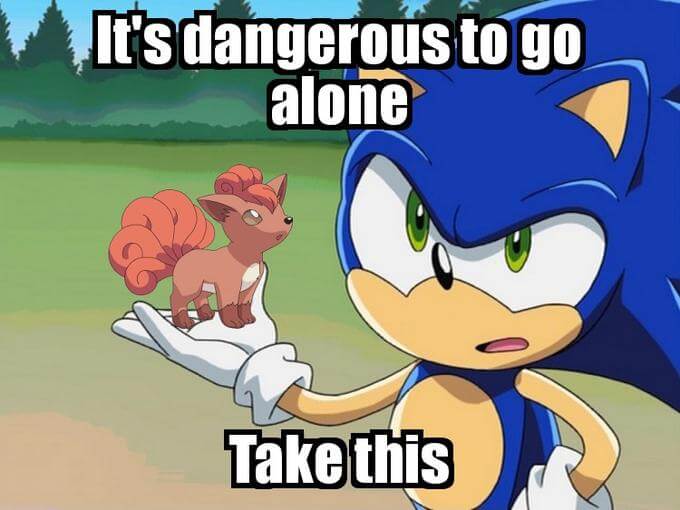 10. Take this MyLittlePony. He’ll help you along the way! 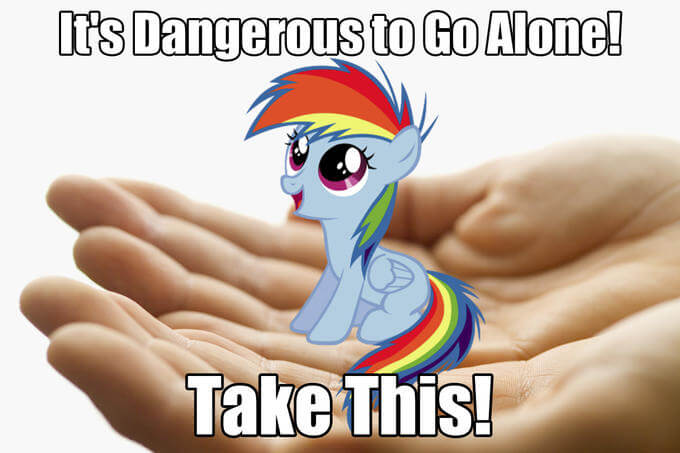