These facts about mirrors are so awesome I just want more!

Mirrors, you might have used one today to check your looks or probably broken one, or you might have learned how they reflect the beautiful world around you, but there’s more to mirrors than what meets the eye! And that’s precisely why we’re here today.

Today, in the next 5 minutes, you’re going to get a closer look at some of the interesting facts(some creepy ones, too) about mirrors.  Also, it’s highly possible that after reading this article, you may not look at the mirrors the same way you used to. So, scroll down at your own risk! 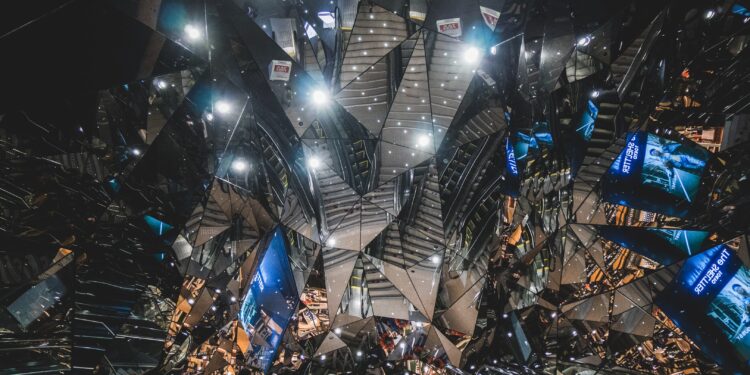 Image by Brannon Naito via Unsplash

Even before the invention of the world’s first mirror, people of ancient times used to see their reflections in small lakes or ponds in streets. Well, water movements might likely have distorted their images, but we’re sure they wouldn’t mind it.

The earliest mirror to be invented was in 8000 bc; that was too out of polished obsidian, volcanic glass. Later, roughly between 4000-3000 BC, mirrors manufactured out of copper were introduced in Mesopotamia (present Iraq). It was not until 1000 years later when people in South America started making mirrors out of polished stones.

Wow, it seems mirrors have a pretty exciting history!

#2 A gigantic Salt flat in bolivia serves as the world’s largest mirror.

This massive salt flat covers an area of 4000 square miles.  So, when rainwater or water from nearby lakes accumulates onto the surface of Salar de Uyuni, this gigantic salt flat transforms into a lake. Owing to this thin water layer, the salt flat becomes tremendously reflective, turning it into the world’s most giant natural mirror.

After reading about this, If you’re planning to take a trip to witness this beauty, we can’t blame you. 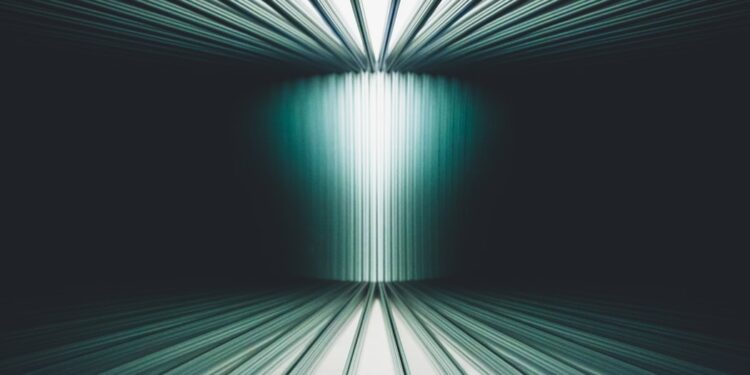 Image by Jason Fit via Unsplash

This fact might go down as the creepiest one you have heard about mirrors as of late. For many years, people have stated that if you stare at your reflection in a mirror long enough, a strange illusion is triggered. Gazing into the mirror for more than 10 minutes can cause you to see hallucinations, some being distortions in your face, faces of animals like pigs, cats, and even faces of your deceased relatives.

As insanely terrifying it sounds, it is hard to believe. You can try it yourself.

What do you see? We’re curious to know!

By now, you might have had the concept of mirrors reflecting light only. But did you know that mirrors can reflect sound too? Quite interesting, right?

In such museums, parabolic dishes are separated by a 10ft distance. A person standing close to one parabolic dish can hear the 2nd person whispering near the other parabolic dish despite the considerable distance between the dishes. It seems mirrors have ears too!

If only that weren’t enough to blow your minds away; it was During World War 2, before the invention of radars, Britain actually used the large parabolic acoustic mirrors to detect the approaching enemy air crafts. You thought you understood mirrors; well, we used to have the same belief!

#5 Mirrors can not only reflect light but can split it too. 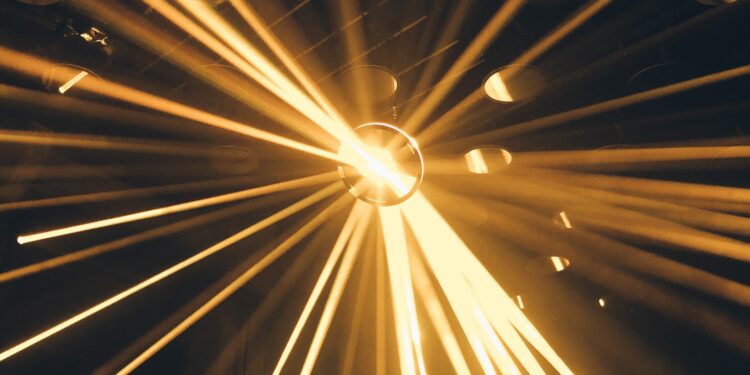 Yes, mirrors are not only the reflectors of light, but they are capable of splitting it too. Because of this fascinating nature of mirrors, they form a part of several beam splitters. In beam splitters, two triangular prisms are glued together at their bases. The beam splitters reflect half of the incident light rays, and the rest half continues as it is.

Mirrors are valuable tools, after all!

#6 Mirrors on the moon

Who could have thought that an object you gaze at regularly is used on moons? Incredible, isn’t it? Let’s dig into more information.

Putting some maths into action, if the return trip time of the photon is multiplied by the speed of light and divided by 2, you can actually calculate how far the Moon is situated from the Earth.

So, the next time you and your friends appreciate the beauty of the moon, you can surprise them with this interesting fact. It’ll definitely get you some high praises! 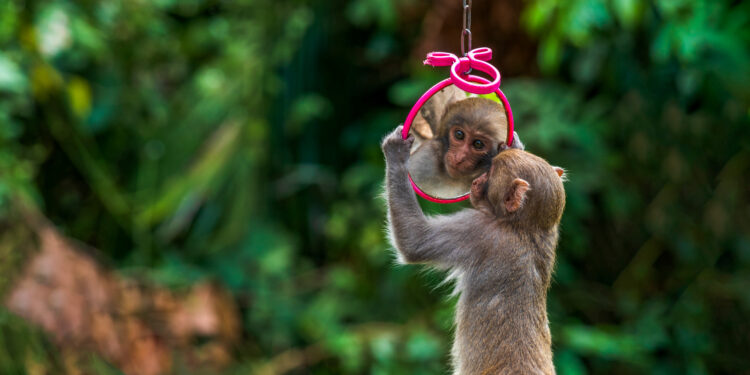 Image by Klub Bokes via Pexels

When we humans gaze into the mirror, we recognize our reflection right away. For us, it’s not a big deal to recognize ourselves in the mirror; in fact, to us, it seems pretty natural. However, psychologists seem to think otherwise.

According to several renowned psychologists, this requires self-awareness which is considered a complex aspect of consciousness. But the real head-scratcher here is: Are animals self-aware?

Some animals like orangutans, chimpanzees, gorillas, dolphins, elephants are self-aware, meaning that when a mirror is brought close to them, they tend to recognize their reflection in mirrors. How impressive!

With that said, there are other animals like dogs who can not comprehend their own reflections and act in peculiar ways seeing their faces in mirrors.

Below are the two creepiest facts listed about mirrors—ones that can possibly make you avoid looking in the mirrors at night. So, continue at your own risk!

#8 The Legend of Bloody mary 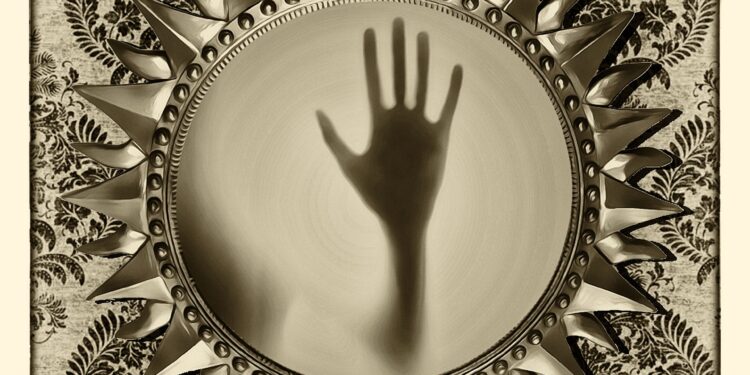 image by darksouls1 via pixabay

The scariest superstition associated with mirrors is that of bloody mary urban legend. According to several historical versions, if the name bloody mary is chanted in front of a mirror with lights turned off, a figure of a woman drenched in blood will appear in it, ready to disfigure your face. Scary, right?

It is also believed that once you summon her spirit, she might pull you into her spirit realm or might end up haunting you in yours forever. However, as per some other traditions, the nature of Bloody Mary’s spirit has not proven to be a demonic one.

What to believe and what not? We guess the best way to know is by actually trying it.

But…. Who would want a bloody figure to haunt their nights- definitely not us!

After reading all of that, if you are still interested in summoning the bloody mary spirit, here’s how you can do it:

What do you see? Please share your experience with us!

#9 Covering up of mirrors in the house of mourning

In Judaism, the tradition of covering up the mirrors during shiva(seven-day period of mourning by the immediate family of the deceased) is alive to this day.  Several Jewish sources state that once the soul leaves this world, a void is created.

To fill itself, this void may end up attracting evil spirits. These demonic ghosts have a propensity to attach themselves to the reflections in mirrors. To prevent this from happening, the Jewish people cover up the mirrors till the end of shiva.

Here you have all 9 interesting facts about mirrors listed above. Let us know which one is your favorite out of all 9. Also, now you’re equipped with enough information to amaze your family and friends, so share as much as you can!