Public image is everything these days and countries and its people have a certain global image that they cannot really get rid of if they ever wanted that. We, also, as individuals, have our own image of what a specific country is like, even though we might never have been there. But the image exists. Anastasia Bulgakova, a Russian artist, has tried to encapsulate all this general beliefs about countries into video games characters.

“Every character is going to have some stereotypical attributes that I am going to use in one way or another. All of them will be militant and warrior-like, with dirt and blood. Not because of some political persuasion, but simply because that what I always draw in any case, and the idea of warrior-countries gives a lot of creative freedom”,

she says about her new artwork series. Let’s see if she got them right. Anyways, they look dope and could make a very exciting video game.

Naive and idealistic, but also vicious. Always set on pursuing her goals, sometimes without scruple.  Her weapon of choice is the long rage sniper rifle and she’s got Cyber arms and legs. She likes fire and she’s a killer in love with victory. 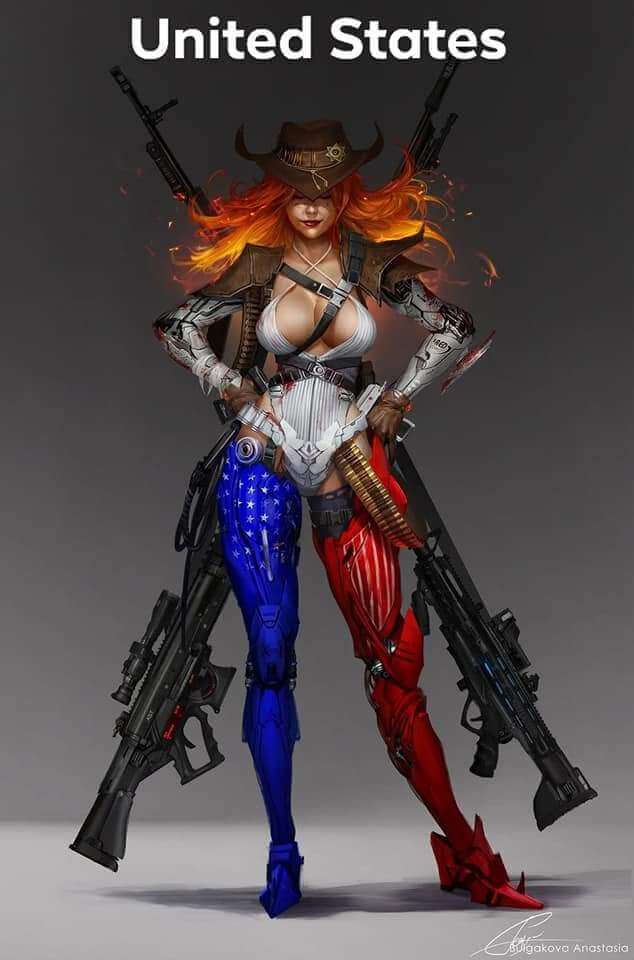 He looks kind and a big Hockey fan.  The crown he wears is because he is called “The King of ice”. He wants to be friends with USA. He usually fights Russia, but only in hockey. 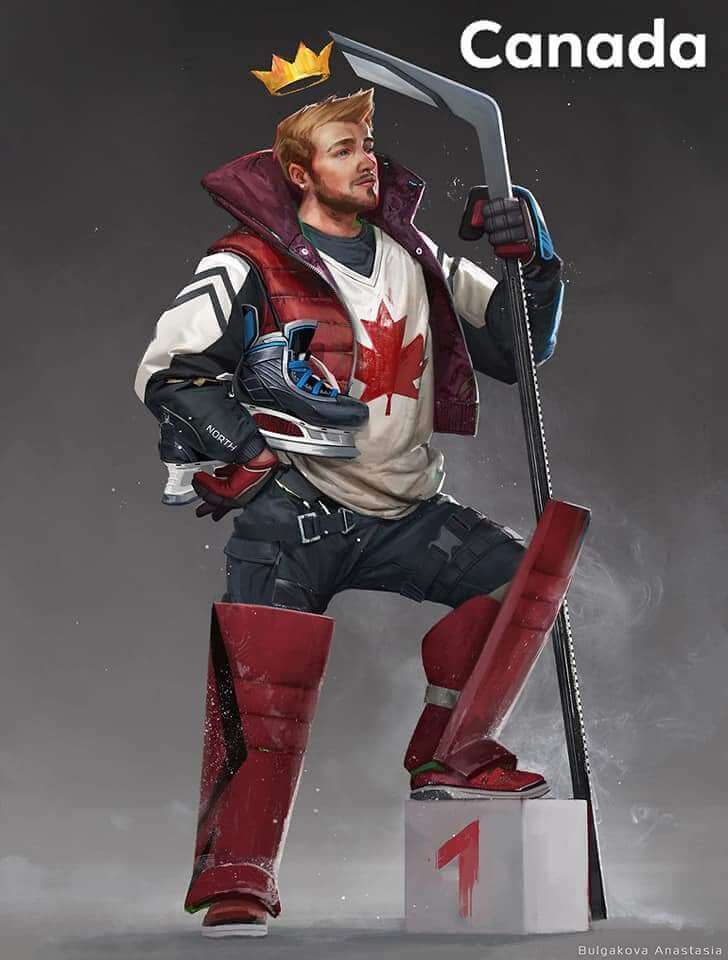 3. He is hot, proud, jealous, impulsive and always remembers how great he used to be

This here is a very rational and calculating person, but he can also bite like a beast if messed with. His favourite pet is Churchill, a smoking-drinking bulldog. He is a punk who prefers close combat with his fists. 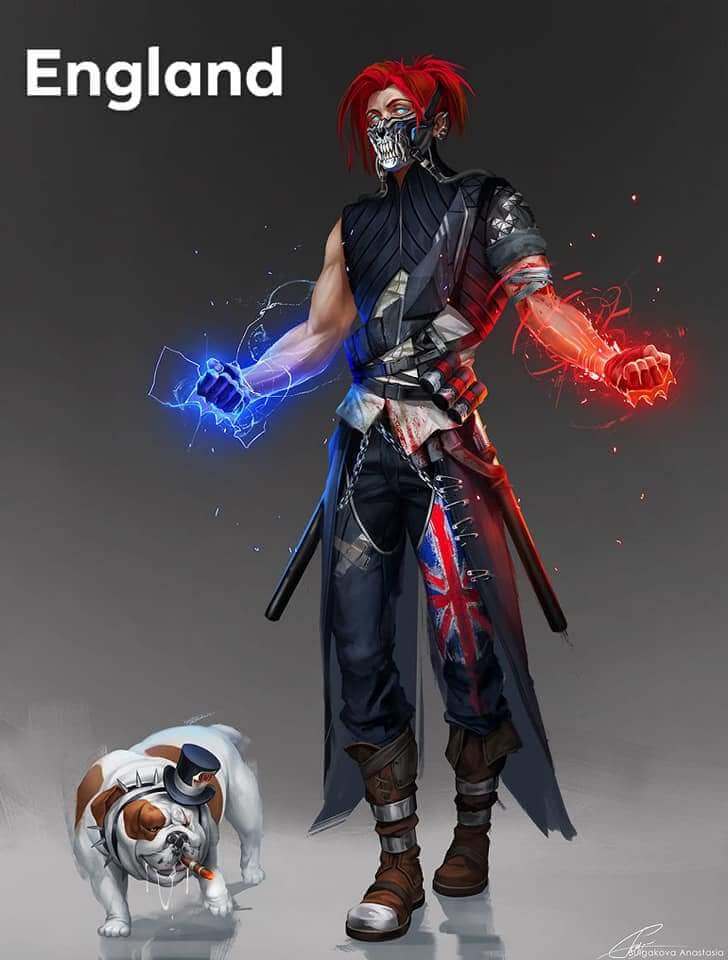 4. A goddess from Aztec mythology – dangerous, beautiful and vicious

She is slim and tall and wears classical men’s clothes. She’s a high-crime lord who doesn’t like to muddle her hands and clothes in dirty jobs. Her knowledge of poisons is unbeatable. 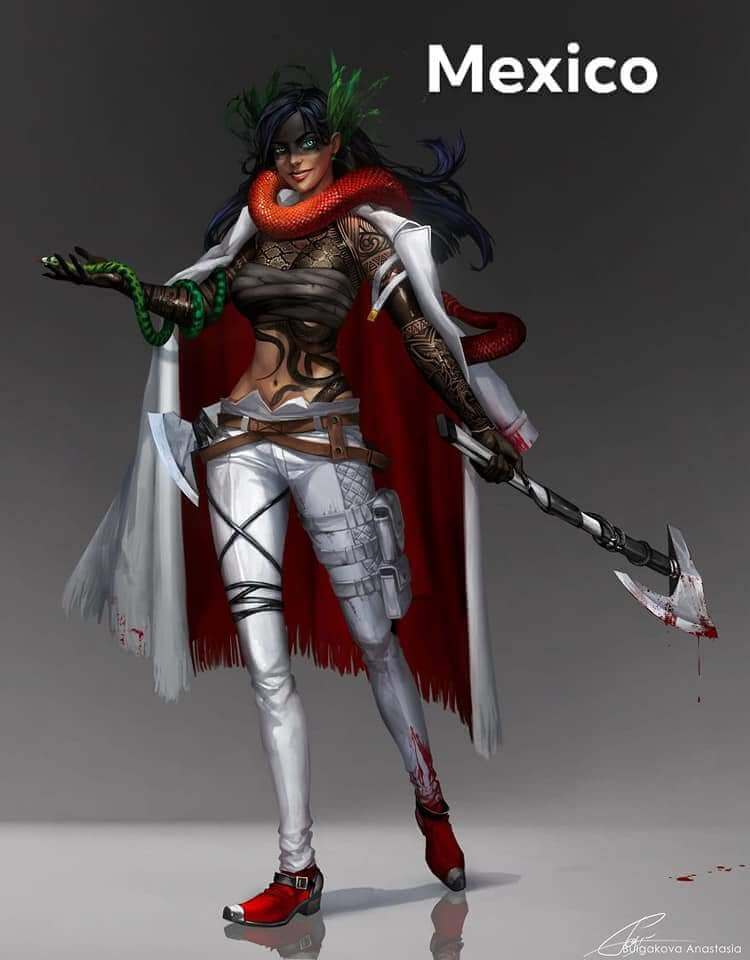 Not very talkative, he loves gold and power. He’s got a golden mask to hide his face and a magical lamp which will fulfill his wishes. His magical dijnni does all the dirty work for him. He’s the indisputable Lord of Sands, using his curved saber for executions and commanding his dijnni to do everything for him. 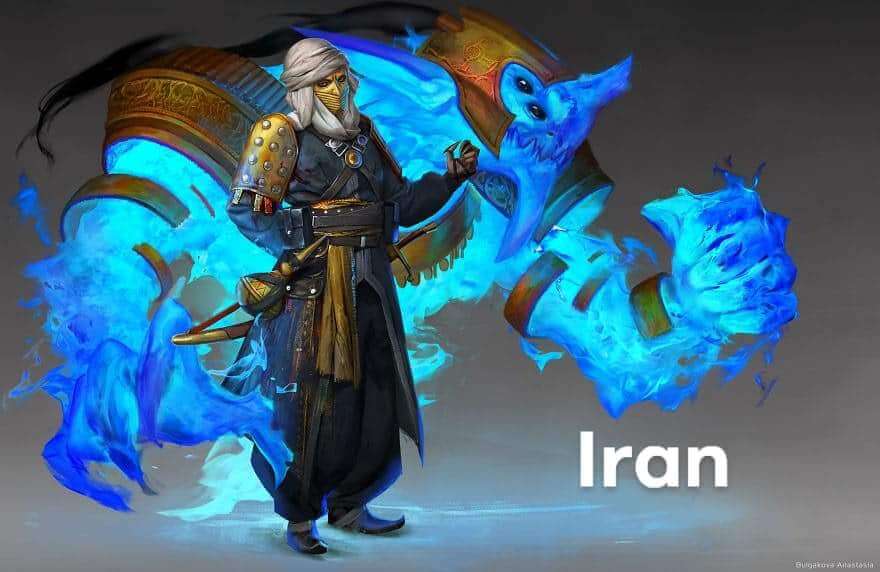 6. An aristocrat vampire who loves blood, wine and art

A monarch whose reign is supreme and a vampire nobility who supports him. 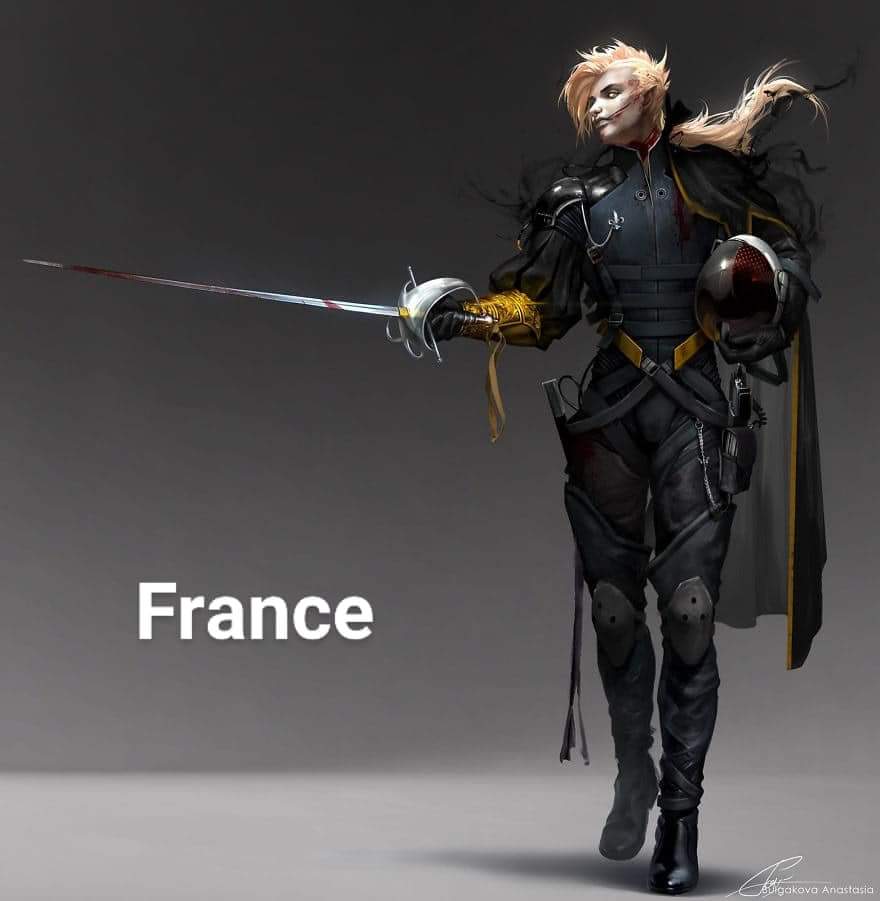 She wears a glamorous armour because she thinks she’s at war at all times. She likes close and personal combat that takes place in winter, against all the odds. 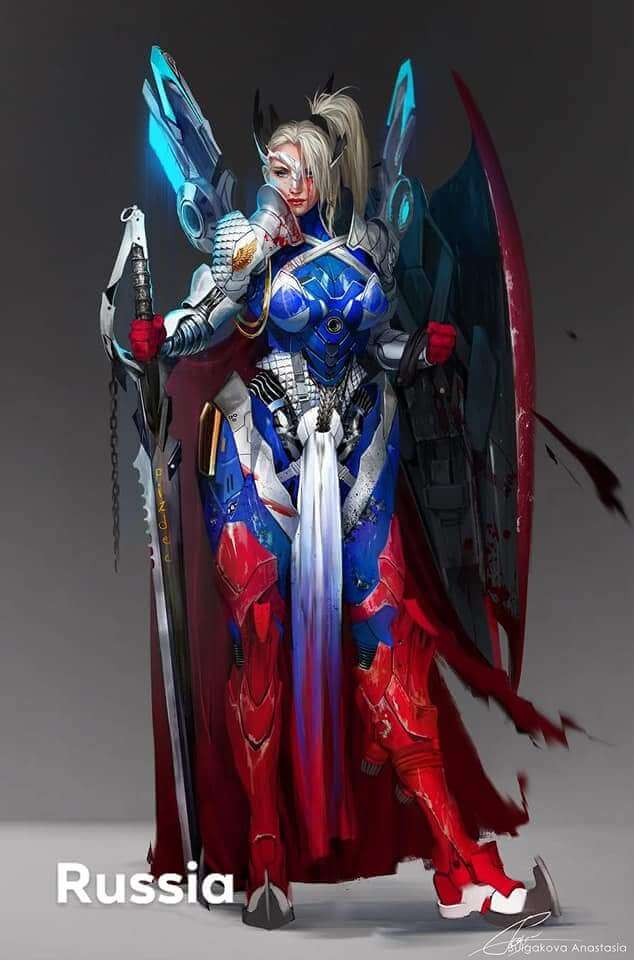 She is…complicated. She has always suffered a lot and that’s why she is very salty and angry with the whole world. She’s a good person, though. She likes building, researching and eating. Her family and neighbours, though, bring her the most trouble and make her sensitive and impulsive. She is young, she needs to learn. Her weapon of choice is a big pulse rifle and she’s got an army of drones. She likes fighting from afar with her automated army and prefers defensive combat. She also got a cute, but vicious pet: a hedgehog which flies on a drone. 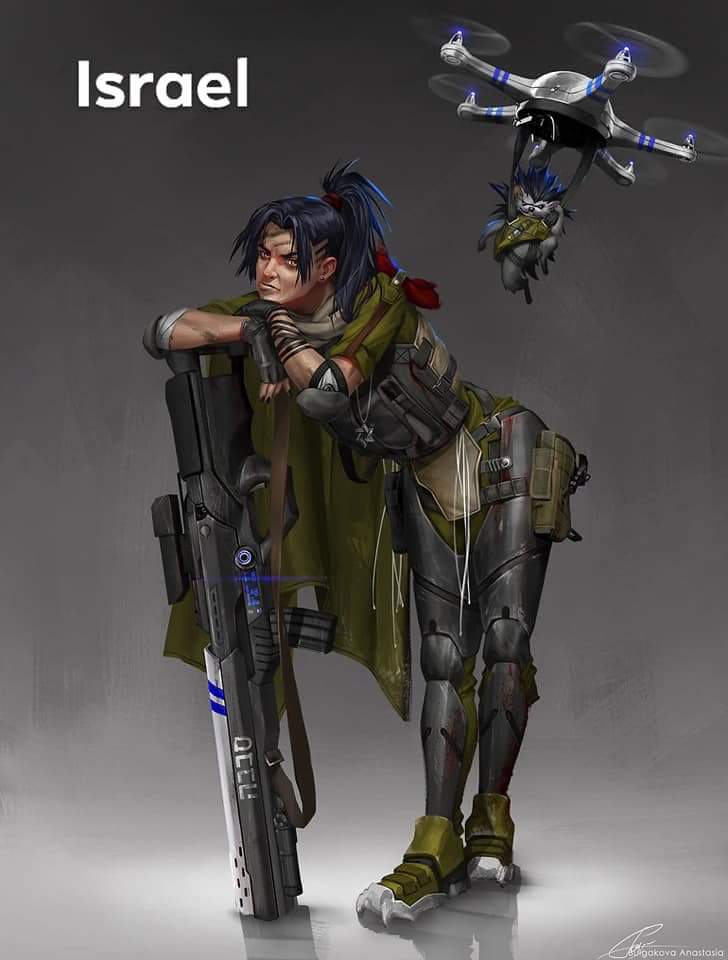 9. The silent guy, with a suspicious smile who likes technology and perversions

He’s mysterious. No one really knows what he wants. He is extremely polite and has a hi-tech armour that improve his abilities and skills. He is fast and agile. His weapons are a spear and a tail that hold the opponents at distance. He also got exploding spheres at his disposal for long range fights. 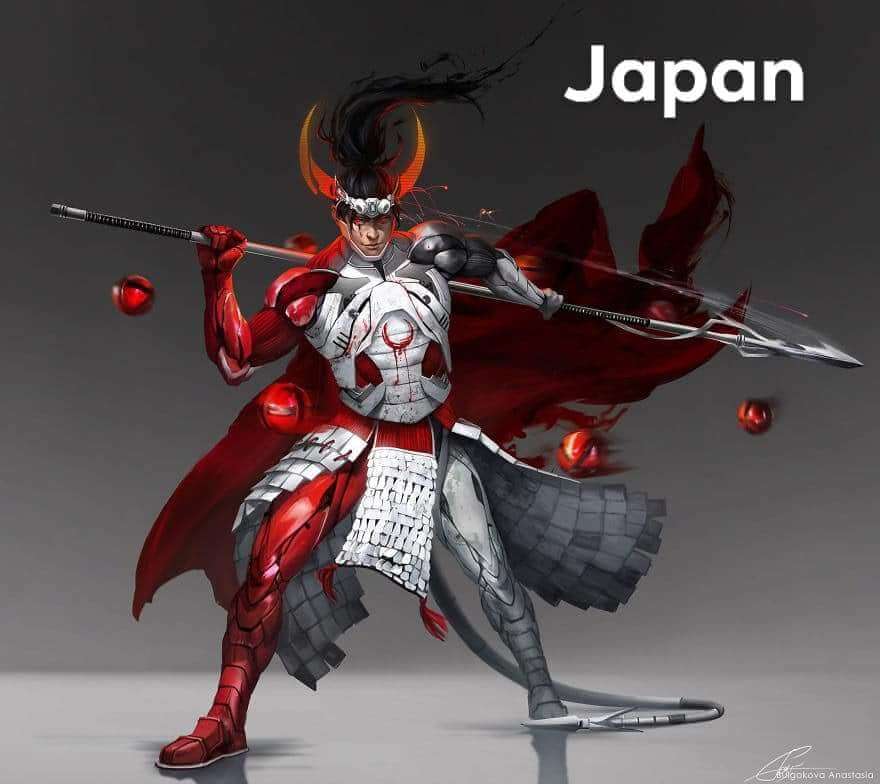 He loves order and modernity. He wears an Iron Man kind of suit with a lot of German precision engineering in it. He’s also stylish and has come to love long range battles that keep the suit clean. 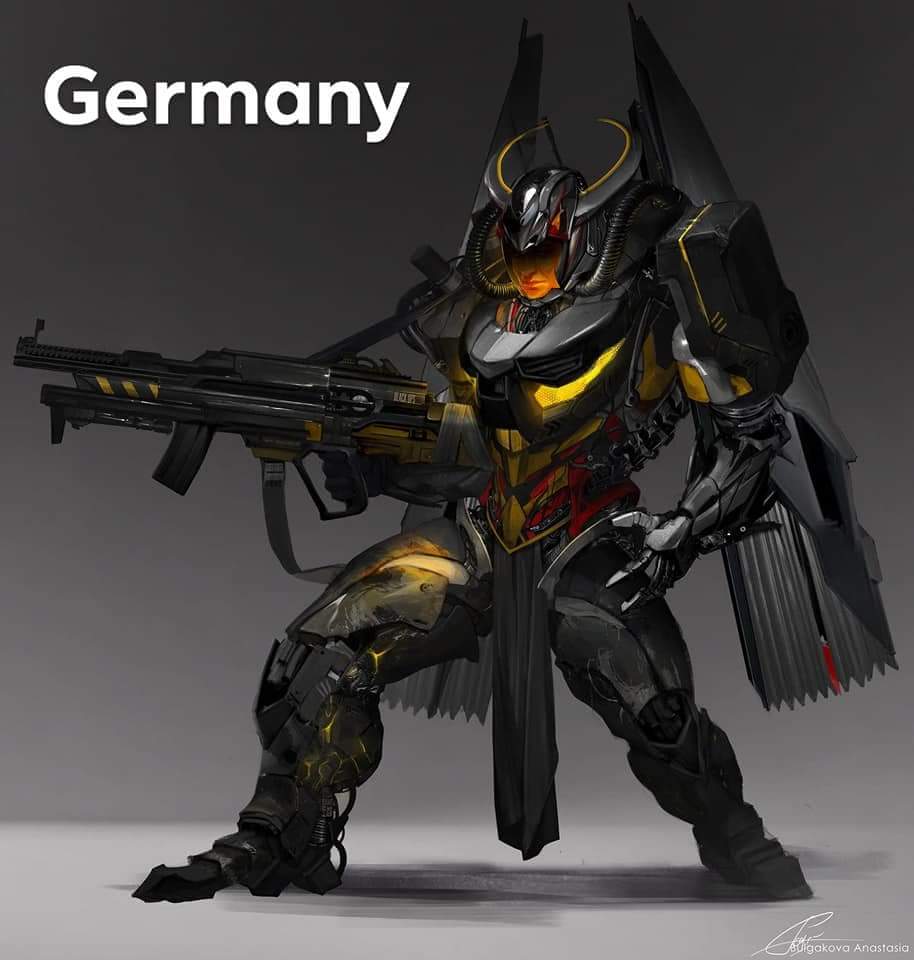