Homeless Man Helps a Stranded Women On the Side Of The Road Get Gas With His Last $20. Has No Idea It Will Change His Life Forever. The Johnny Bobbit Story

Persons who help you for unselfish reasons when you’re in need are persons who you should never forget. This is a story about a girl who got help from a stranger and who remembered that and decided to do something in return.

Kate McClure, 27, found herself recently in a very inconvenient situation. She was driving her car on I-95 when she ran out of gas. You can imagine the danger of this situation – a woman being alone on the highway walking to the nearest gas station, but fortunately, help soon arrived. A homeless man saw what happened and realized that her safety was in danger so he offered her some help. He told her to get back in her car and lock the doors and then spent his last $20 to buy her gas so she would get home safe.

The noble homeless man from the highway was an ex-Marine and firefighter named Johnny Bobbit Jr. who is going through difficult times. Kate decided to reach out and try to help him in return for his unexpected generosity which meant her a lot when she was in trouble. So, she and her boyfriend Mark D’Amico, 38, organized a fundraising campaign that has raised more than $65,000 through GoFundMe. It was more than they’ve ever expected and more than enough to help Bobbit to get back on his feet.

Kate McClure, the girl who got in trouble on the highway, and her saver 34-year-old ex-Marine and firefighter Johnny Bobbit Jr. 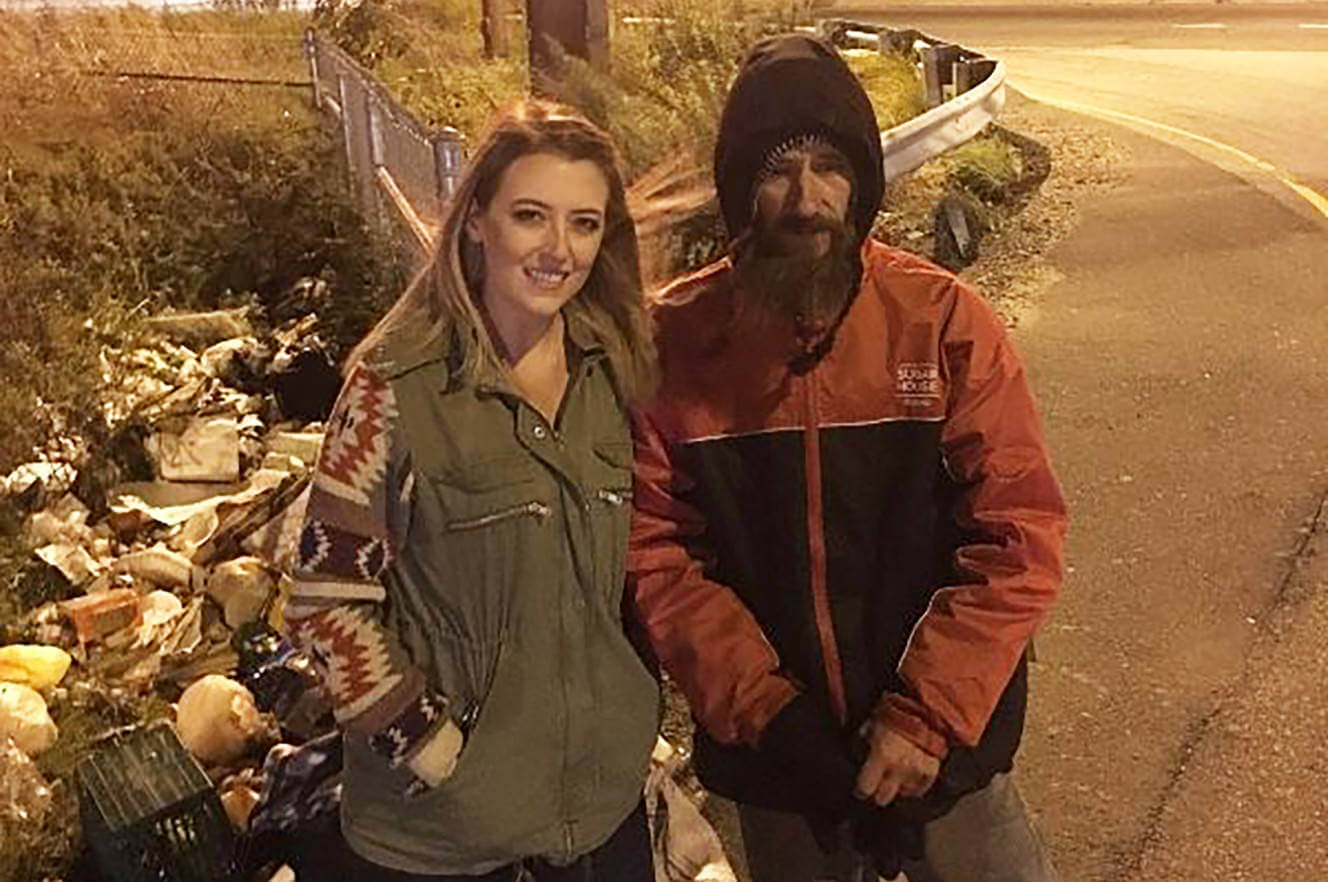 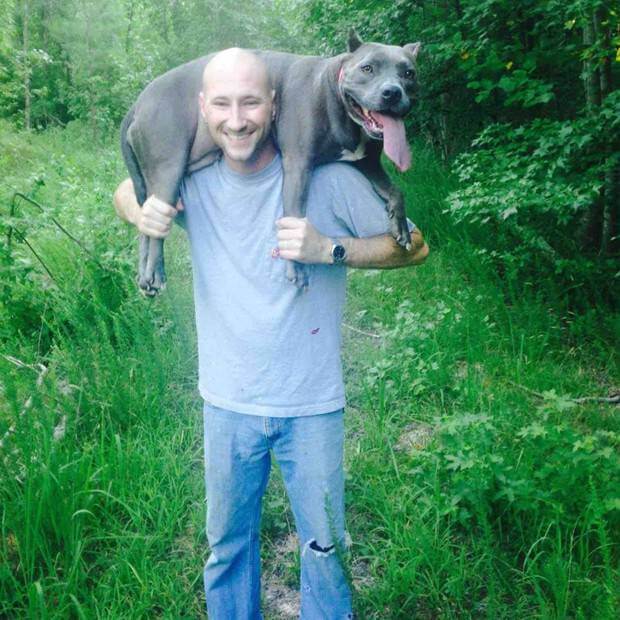 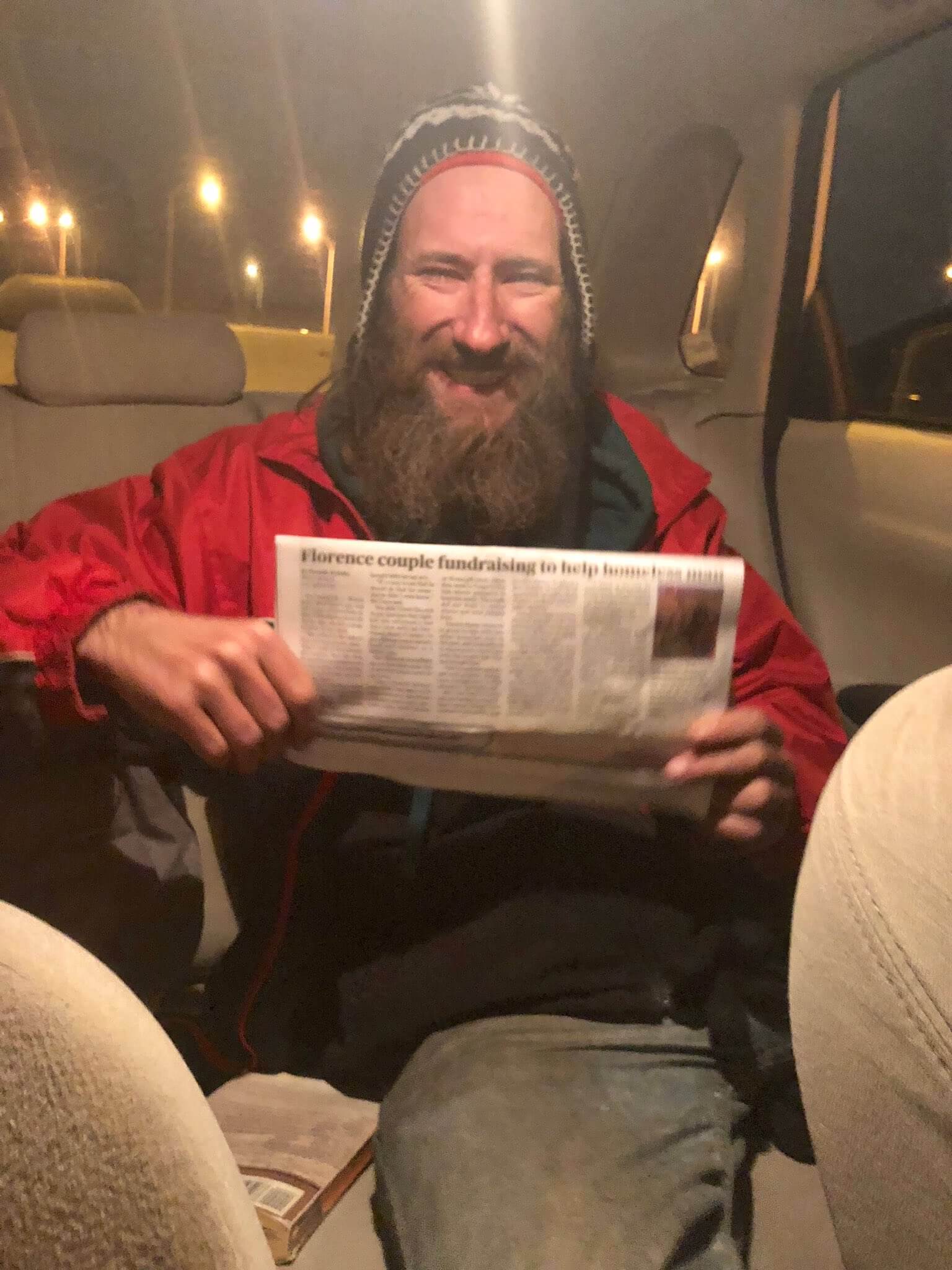 The couple didn’t stop there, they decided Bobbit should come spend Thanksgiving dinner with them and their family and they even took him shopping

” We are going to pick him up. Take him shopping”

Bobbit, originally from North Carolina has been living in the street for a year and a half now, he had the misfortune of being robbed at one of the shelters he stayed so from that point he moved to live under a bridge.

After Bobbit finished his service with the Marines, for some reason, things took a turn for the worse with his wife, Johnny took it pretty hard and decided to leave North Carolina and started traveling around the US.

With the new chance he got with a little bit of help from good people, Bobbit said he wants to work at Amazon, and as we learned a recruiter from the company already reached out to him.

Goes to show, good deeds pay off. Be nice to each other.