Maybe you already know that in 2012, Scotty Franklin, of Springfield, Missouri, revolutionised cowboy fashion for eternity. Scotty realised that there was an untapped, never tackled before market of people who wanted to wear both sandals and cowboy boots. That’s how Redneck Boot Sandals was born.

Eager to wear a pair of those? You can get your favourite pair of boots turned into sandals for just 75 USD plus shipping.

“Scotty Franklin…was lounging on white sand beaches of Gulf Shores Alabama and saw a guy walking down the beach in cowboy boots,” writes the Redneck Boot Sandals website. “Scotty thought the poor fellow shouldn’t have to sacrifice cowboy fashion in order to stay cool on this hot day and looked down at his own feet and saw his flip flops and wondered if he could cut out his boots and make them into flip flops for the ultimate combination. When he got home, he cut out his boots into flip flops and wore them out. His friends saw the boots, thought they were hilarious and bought them from him.”

“Building the company was not my original idea,” Franklin said. He just created them as a joke, using a pocket knife, a drill, shoe string, industrial stapler and some duct take. But people liked the idea and became very interested in them. “They found them fun and silly, and deep down inside, everybody just wants to have fun”, says Franklin.

The business has evolved naturally, and from the pocket knife initially used, the cowboy boot sandals are now made using professional leather tools through an upgraded production process. From a joke to a business and a fashion trend. How about that? More info: redneckbootsandals.com | Facebook

When Scotty Franklin first saw a man walking on the beach with cowboy boots, he thought there must be a better way 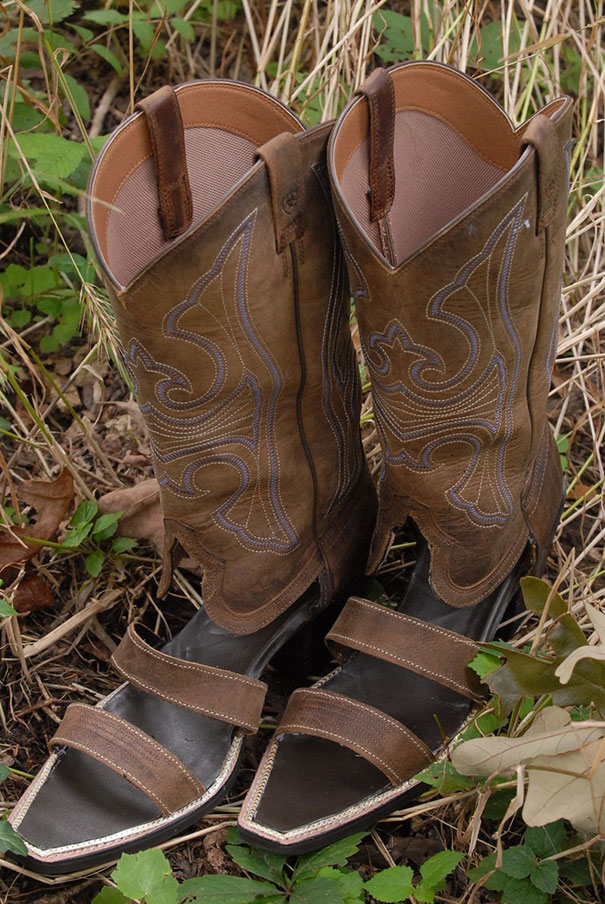 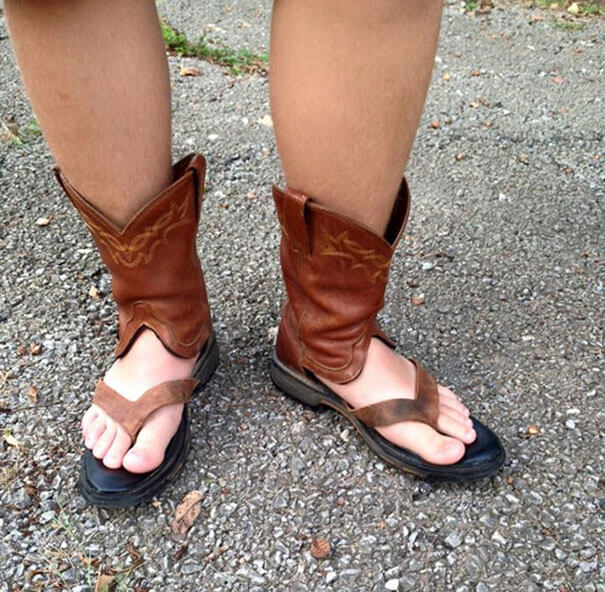 The result was both hilarious but very interesting, his friends first laughed at the idea but after decided to order their own pair 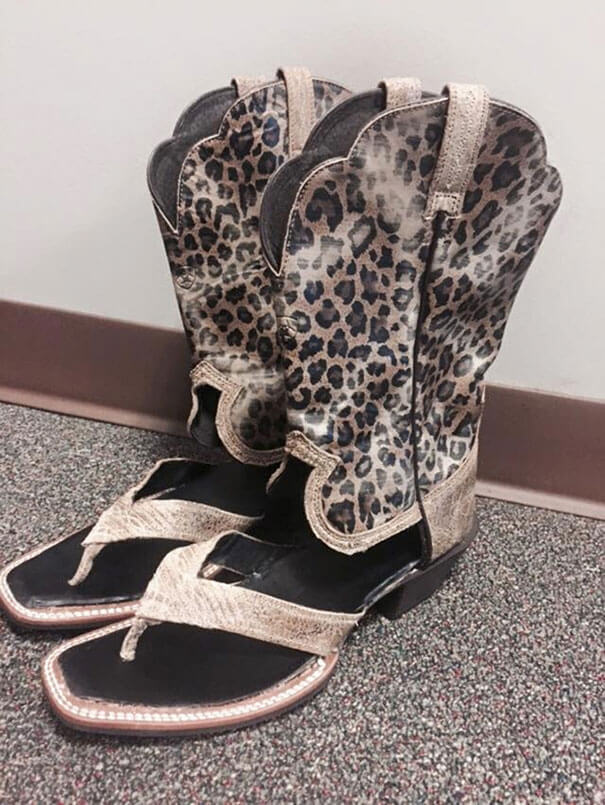 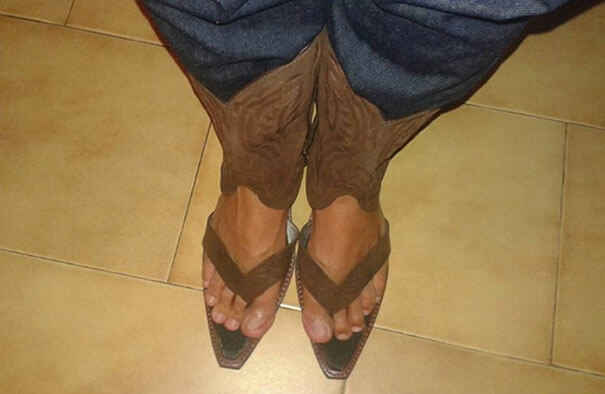 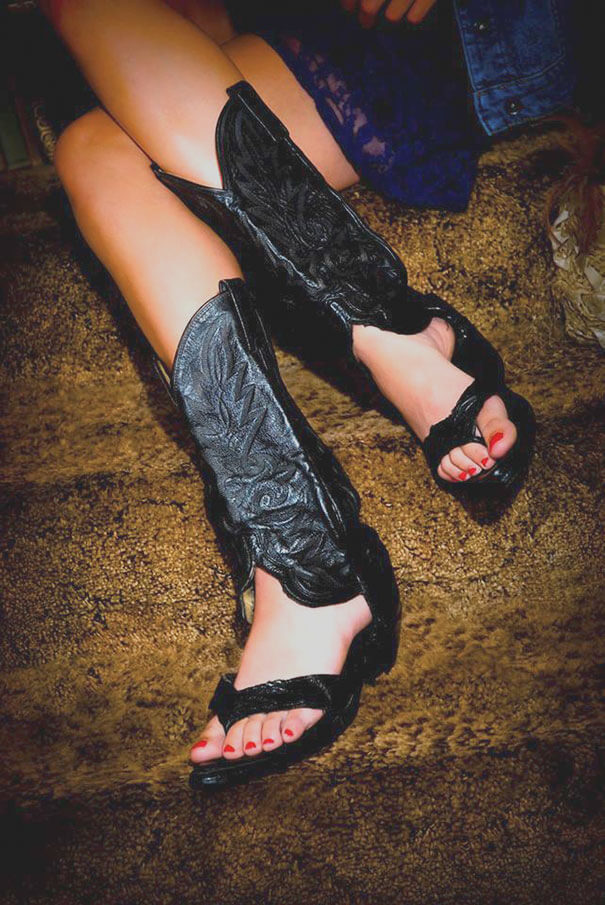 How about that? From a funny idea into a business model and a working brand 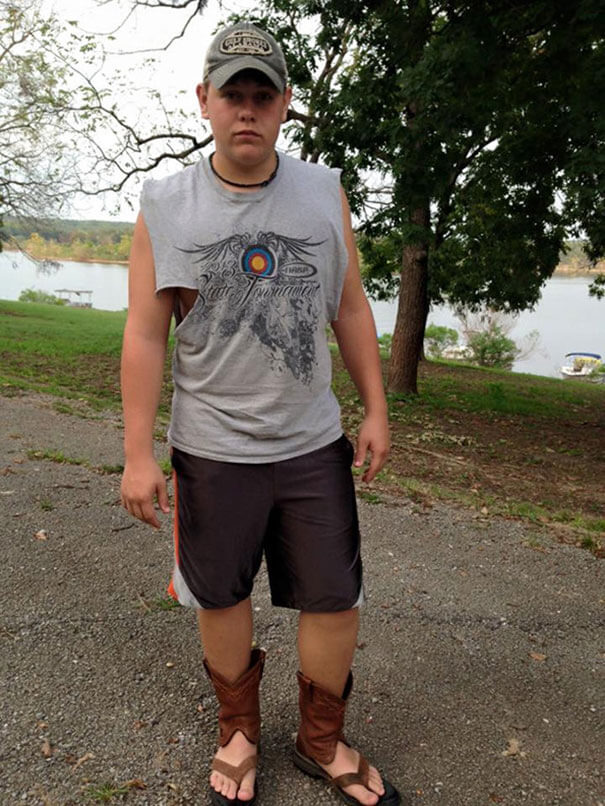 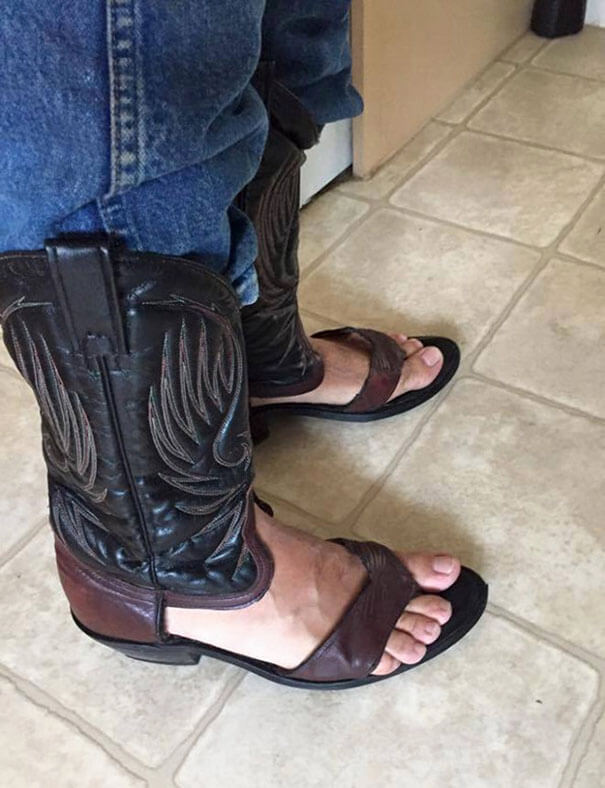 Fasten Your Seatbelts, Oreos Os Are Coming Back To a Store Near You