Majestic marine creatures lie on the bottom of the ocean and most often we know nothing of them. Their lives go unnoticed and the ocean just closes down on them. But then, there are these amazing photographers in the world, people who make it their mission to dive deep into the ocean’s secret and get something out for all of us, whether it is a shark’s reckoning, or a rare type of jellyfish carrying an octopus around the ocean, these images will not leave you untouched.

The beauty of our world is everywhere and it seems infinite.

This fish is actually called a mosshead warbonnet and it was hiding inside a bottle when the photographer Matthew Sullivan did a few tricks to light the frame and shoot the fish with a blue aura around his head. 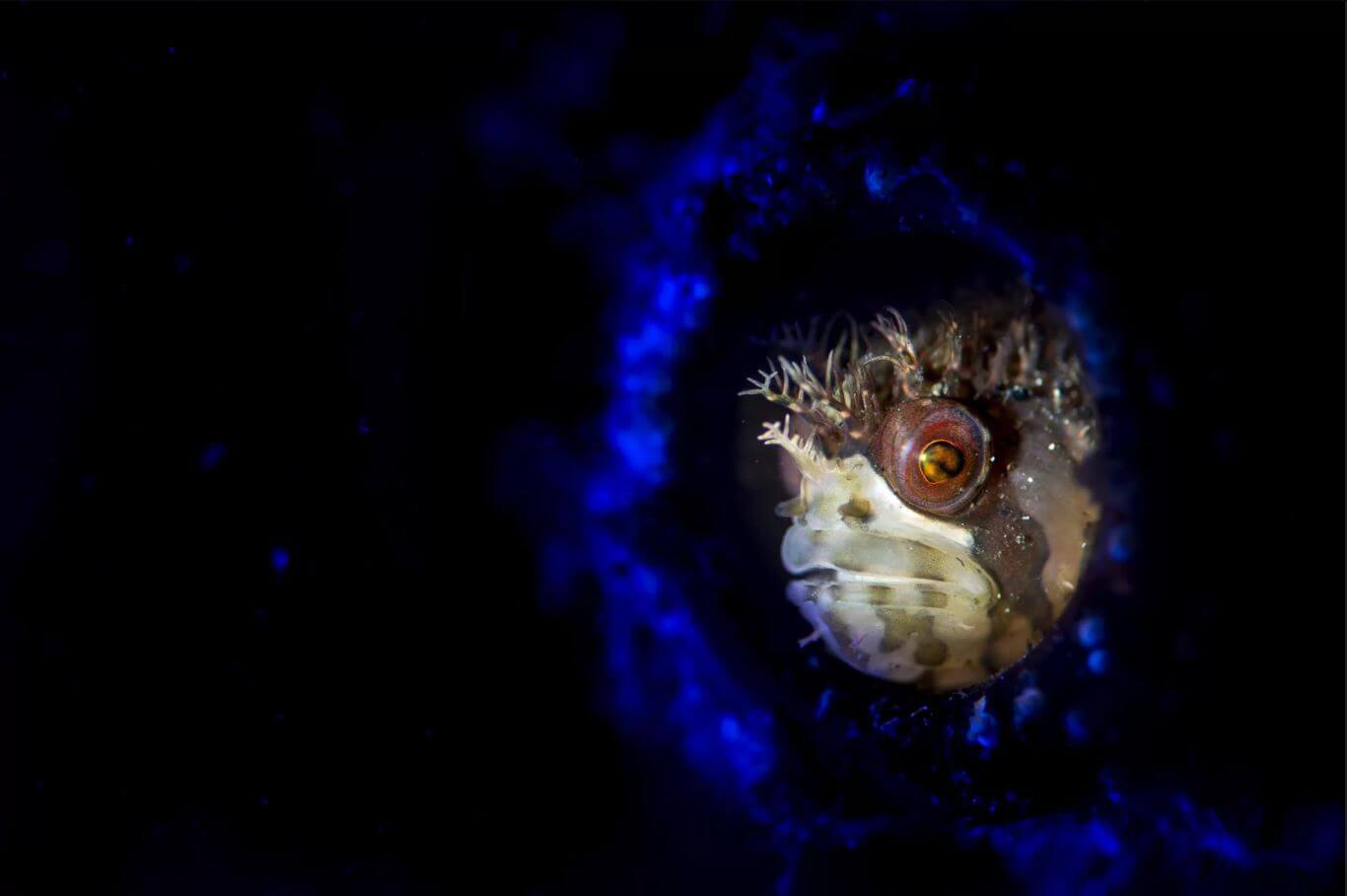 This female whale displayed a behaviour unique in the animal world. She was seen protecting a dead baby and carrying it around with her for days. Photographer Eduardo Acevado is the photographer behind this heartbreaking photo. 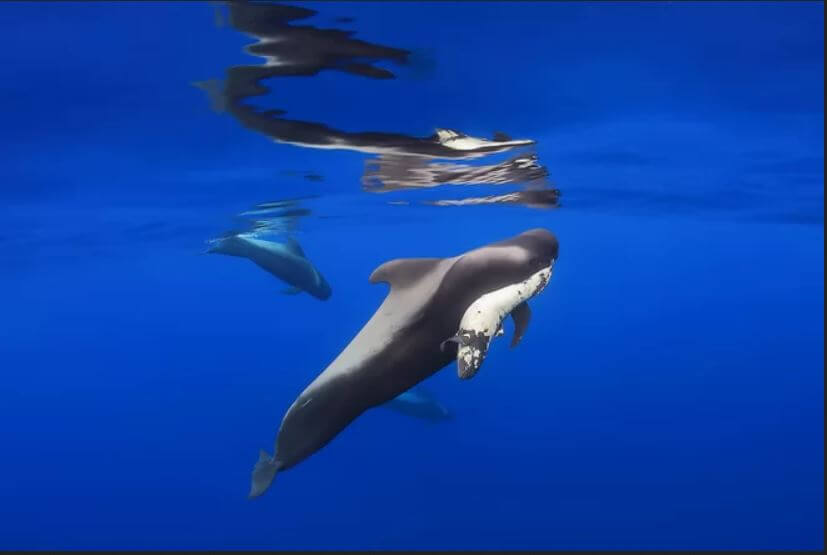 River lampreys in the act of spawning. The photograph is mind-blowing, you’ve got to admit. It displays two separated worlds, each with its own mysteries and miracles. 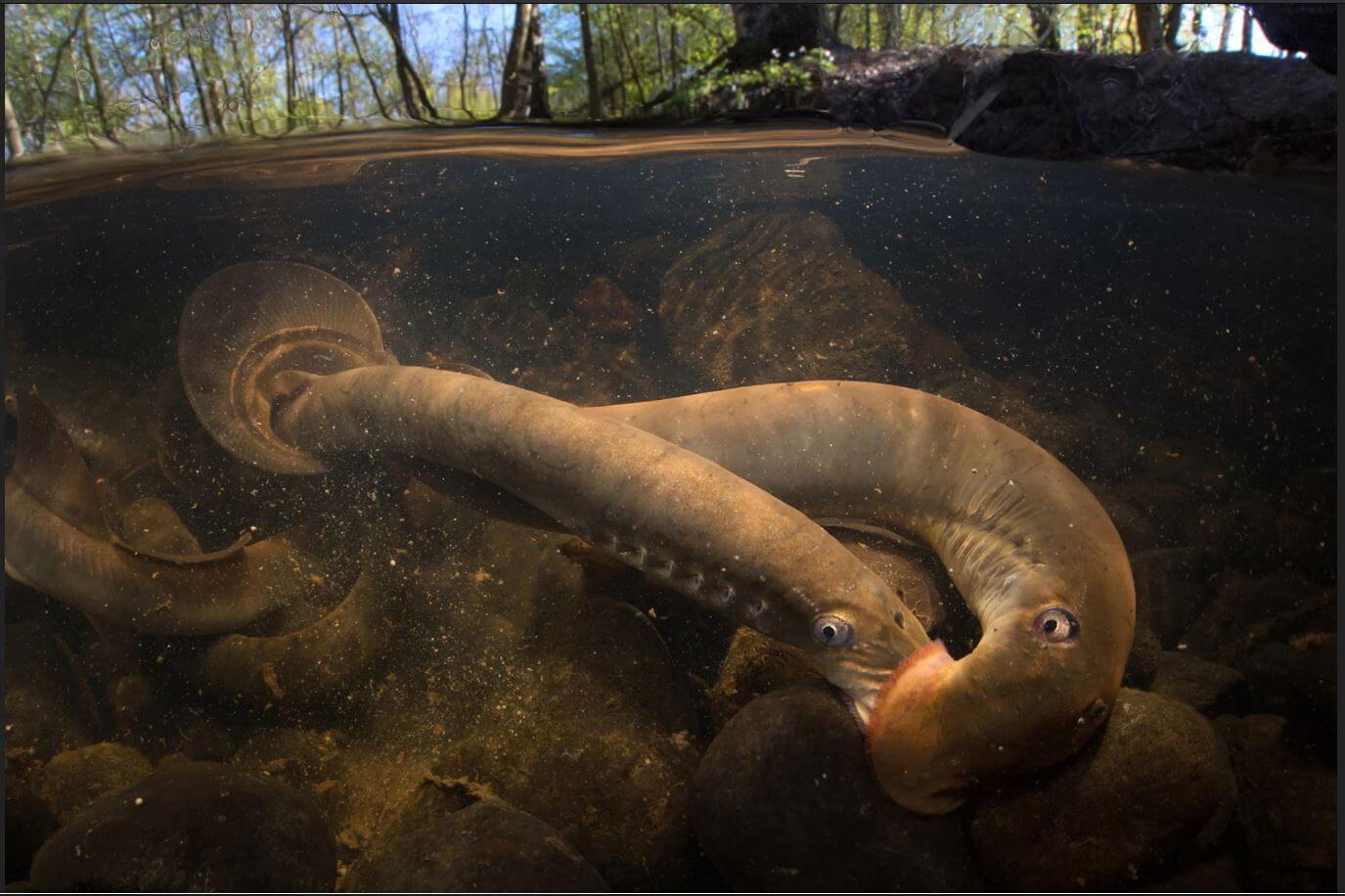 You don’t shoot a group of sperm whales in a tender moment like this every day. Photographer Mike Korostelev spent almost a month in finding the best spot and the best instant for this award-winning photograph. Wondering what Captain Ahab would say… 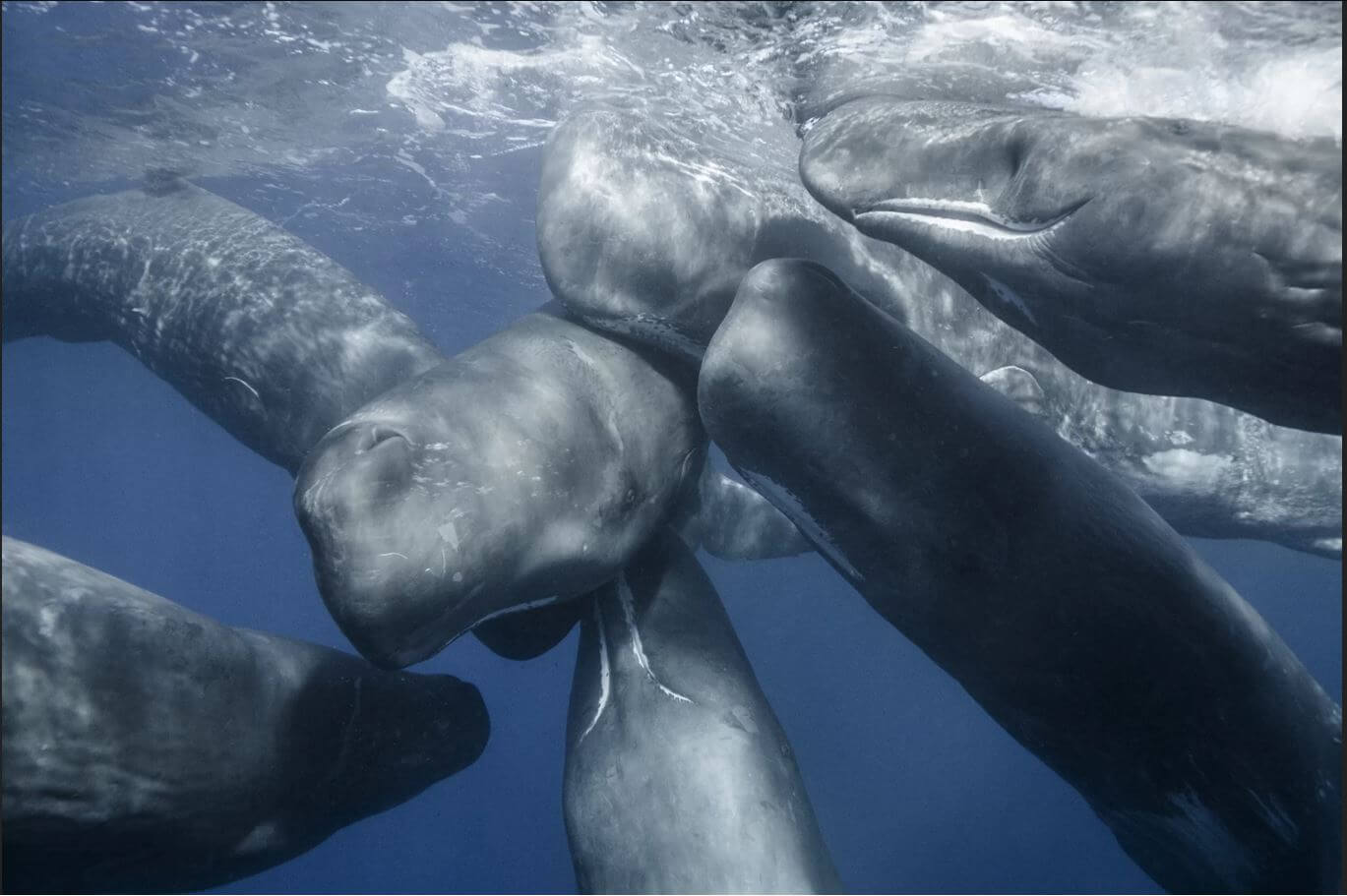 Jellyfish are some very good hitchhikers of the ocean. They like to get other fish from one spot to the other. We don’t know what business they have going down there, but some male argonauts,like this one in the picture (a kind of deep-sea octopus) actually rely on Jellyfish for protection in crossing the occean. Sounds familiar? This beautifully-timed picture was taken by photographer Songda Cai. 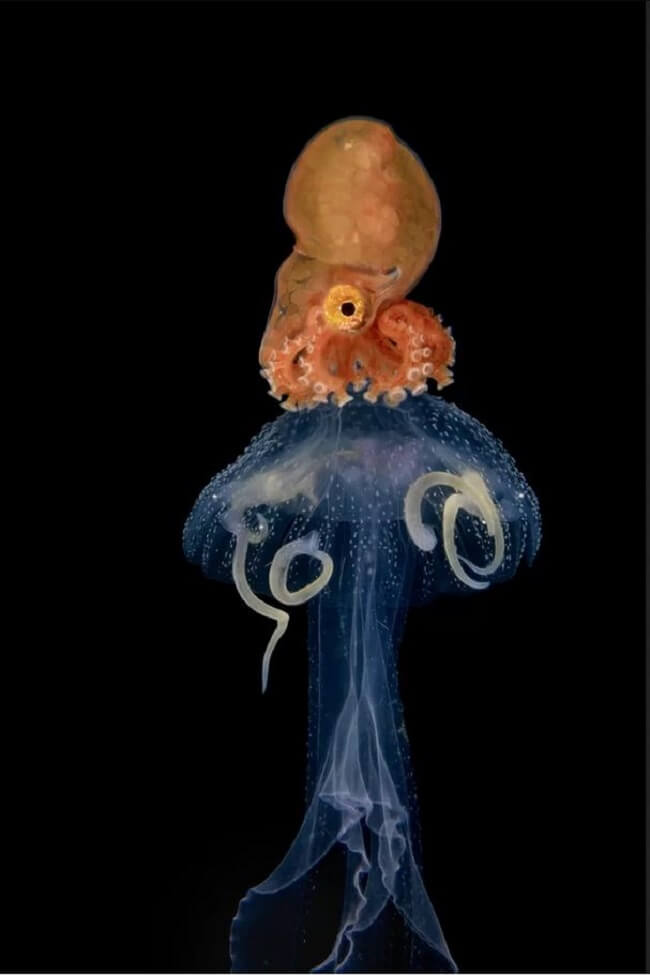 6. A little glowing light in the deep dark nothingness

Maybe this title is too much, but the photograph isn’t. This is a nudibranch, a “Shaun the Sheep” which resides deep down in the ocean. Photographer Man Bd found an ingenious way of lighting this majestic sea creature and the result is this! Impressive, right? 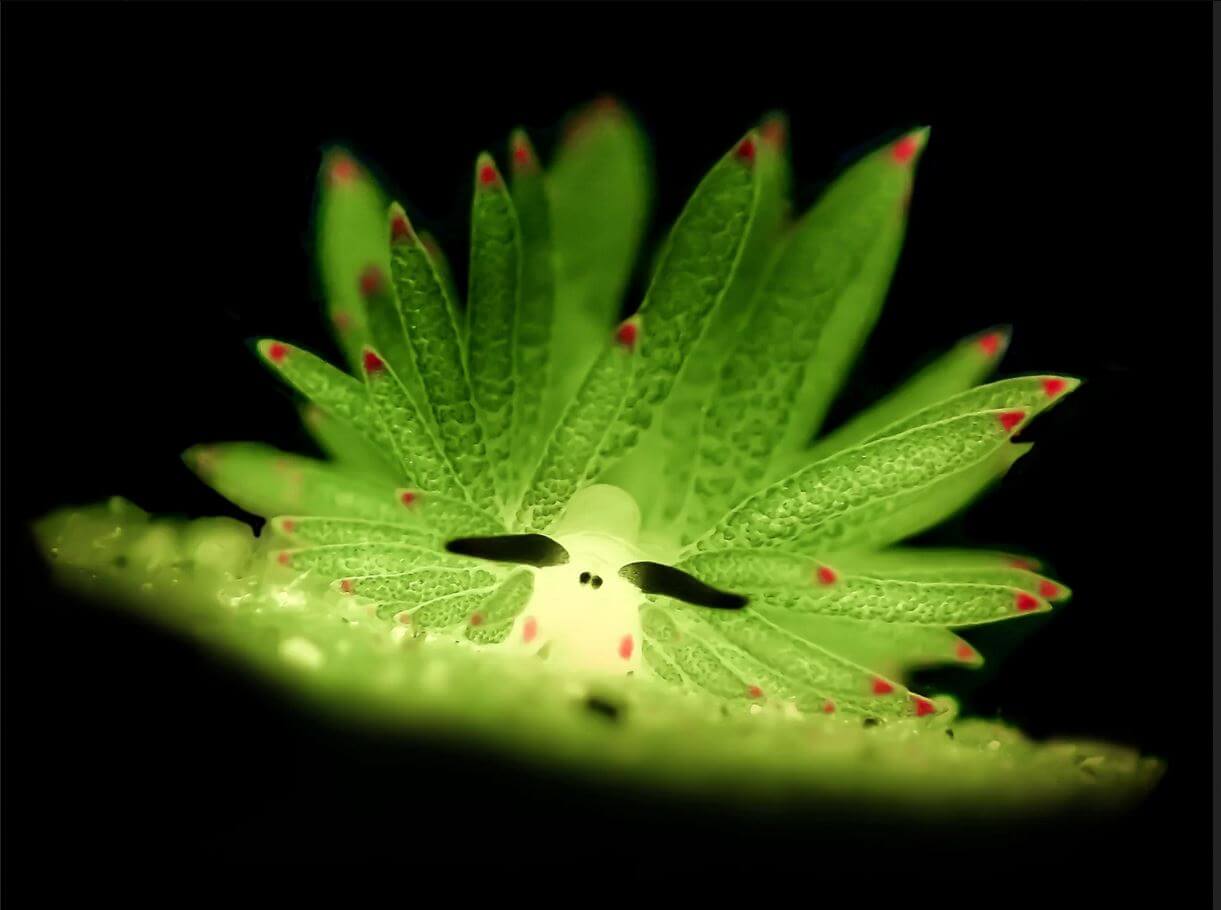 Pipefish is a camouflage-master fish that lives in the muddy waters. Their defensive mechanism consists on freezing instantly and waiting for the threat to withdraw. This is what it looks like, thanks to photographer Kirsty Andrews 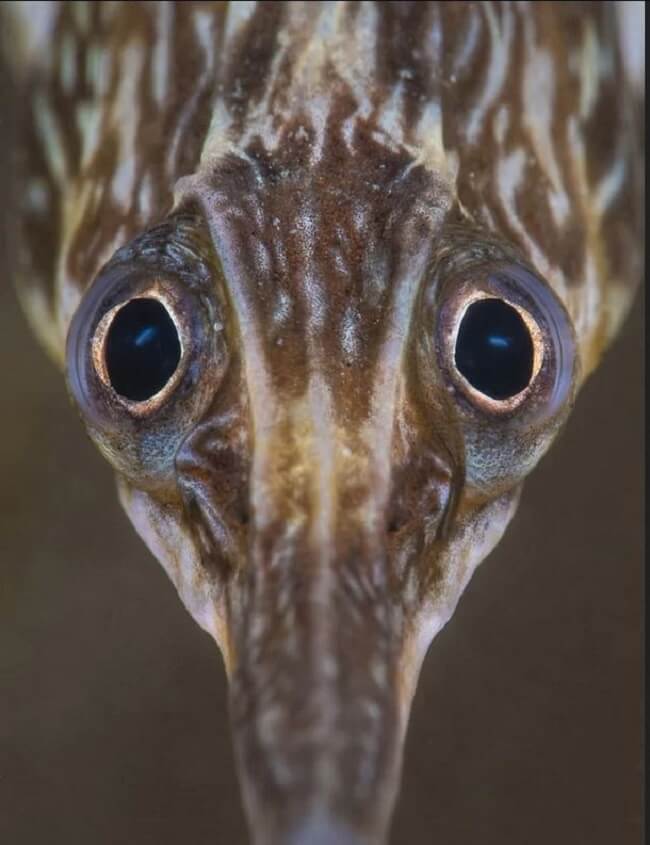 It was April 28, 1944 and the Allied corps were rehearsing for the now-infamous D-Day. Something went wrong and several Valentine tanks went straight down to the bottom of Studland Bay in Dorset. Paul Pettitt is the photographer who took the chance of diving deep down to capture the old wrecks on the bottom of the sea. 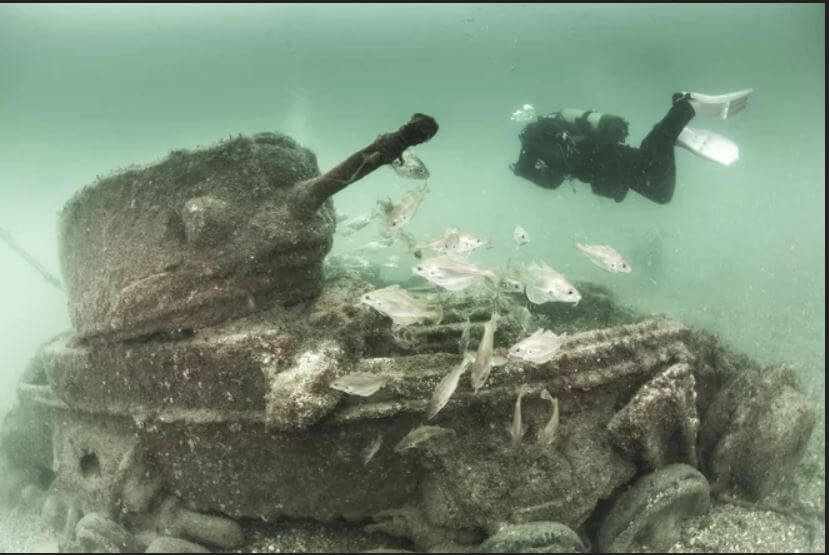 A beautiful loggerhead sea turtle got entangled in a discarded fishing net near the Canary Islands when photographer Eduardo Acevedo discovered her and saved her. He also managed to take this beautiful photograph. 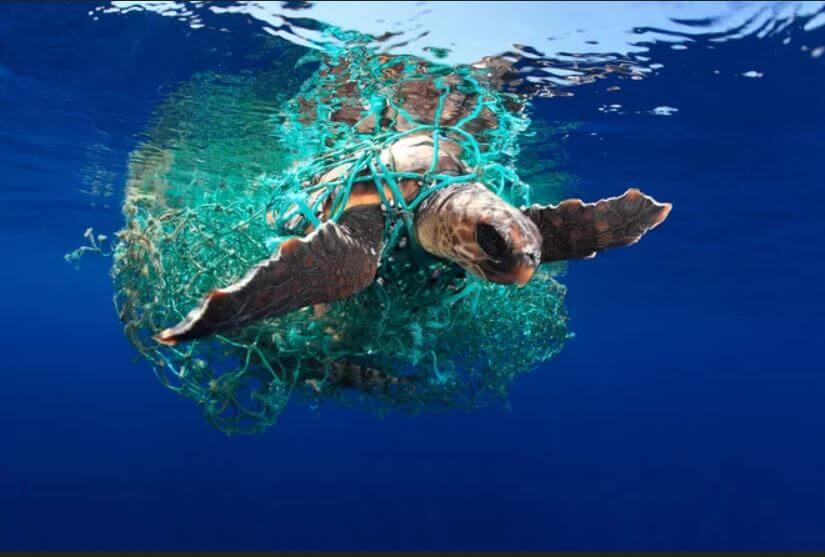 10.  Some sort of marine compass

This compass jellyfish was found by photographer Malcolm Nimmo while snorkling in shallow water near the Isles of Scilly, United Kingdom. The result is…woaaw 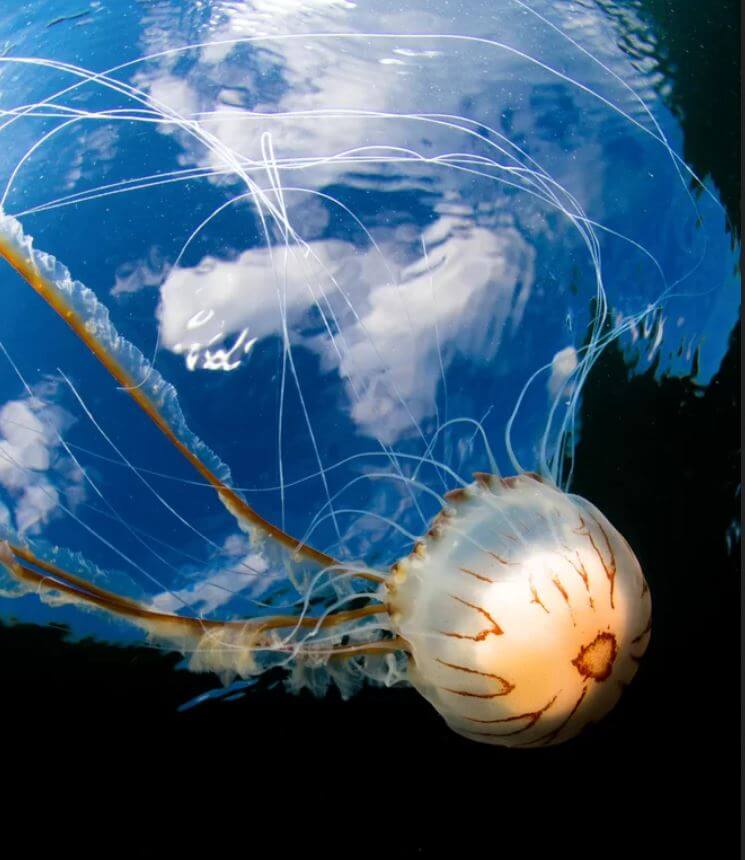 Unspoiled corals and reef fish beneath an Earthly paradise of palm trees and clear skies. This masterpiece is of Taeyup Kim’s doing 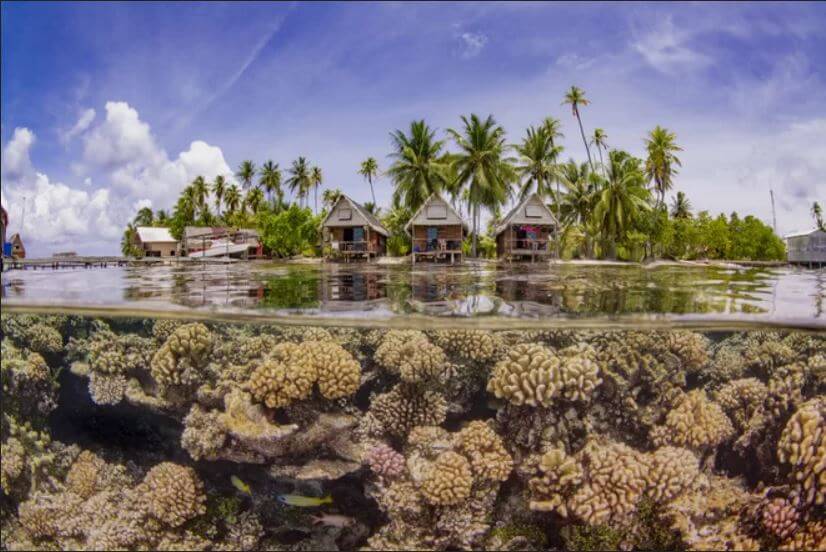 A shark’s prey is a ferocious display. Photographer Richard Barnden captured this amazing reckoning taking place in the deep. 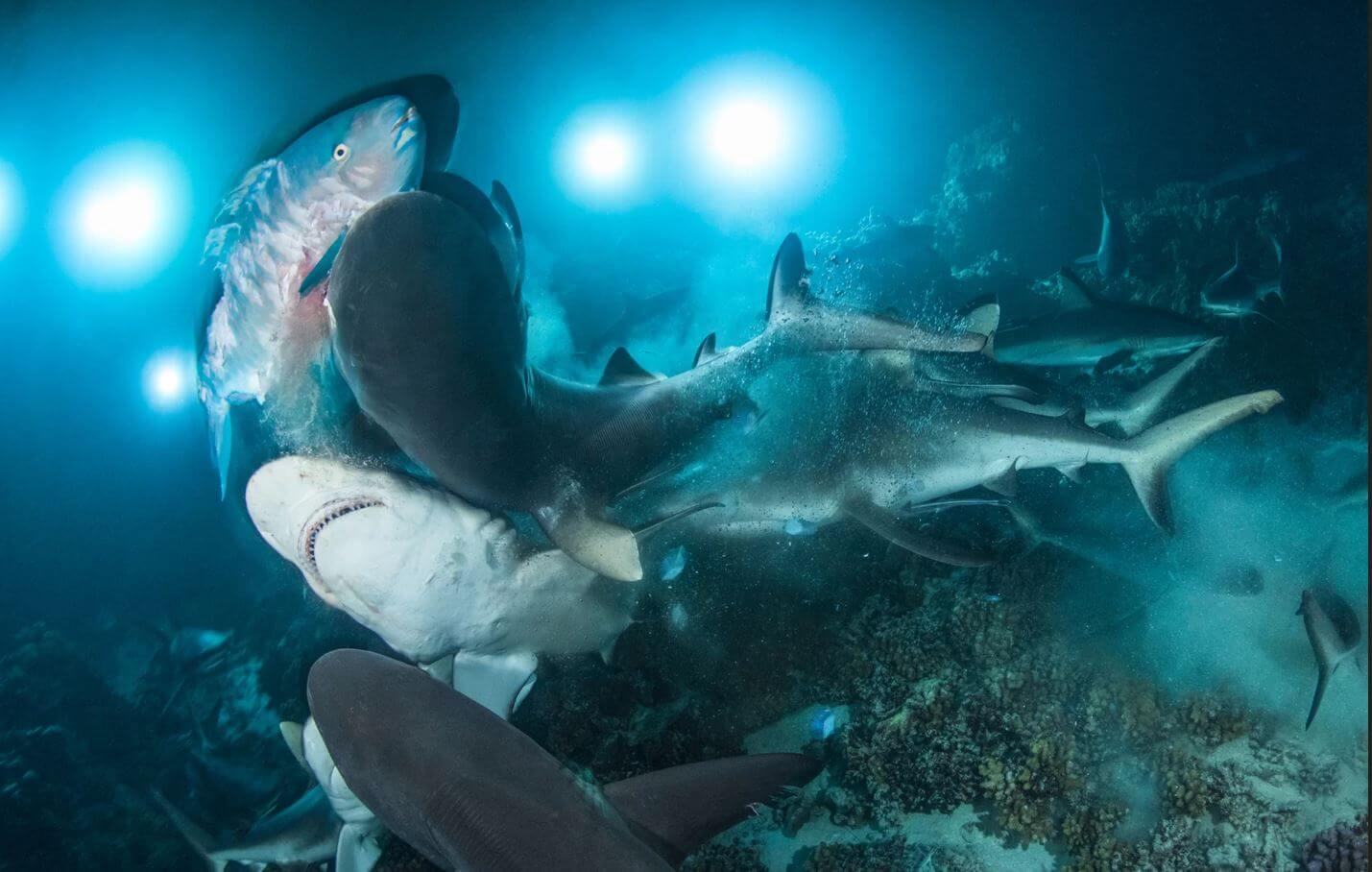