A man rescued 90 dogs from a dog meat farm in South Korea. He was participating in the 2018 Winter Olympics as a freestyle skier. Gus Kenworthy is the man: 26 years old, living in Colorado, United States.

In 2014, while he was participating in the Sochi Winter Olympics, he found two abandoned puppies and went through a long and difficult period to get them to America, to safety. But it seemed it wasn’t enough for him. He went to the South Korea 2018 winter Olympics and decided this was the place where he could save the most dogs ever.

“This morning Matt and I had a heart-wrenching visit to one of the 17,000 dog farms here in South Korea. Across the country, there are 2.5 million dogs being raised for food in some of the most disturbing conditions imaginable. Yes, there is an argument to be made that eating dogs is a part of Korean culture. And, while I don’t personally agree with it, I do agree that it’s not my place to impose western ideals on the people here. The way these animals are being treated, however, is completely inhumane and culture should never be a scapegoat for cruelty. Despite the beliefs of some, these dogs are no different from the ones we call pets back home”, says Gus.

So, he decided he needed to do something about it and together with his boyfriend, Matt, decided to take one dog home and take care of her personally. Other 90 dogs from the farm will be taken to the United States and Canada with the help of Humane Society International.

“I adopted the sweet baby in the first pic (we named her Beemo) and she’ll be coming to the US to live with me as soon as she’s through with her vaccinations in a short couple of weeks. I cannot wait to give her the best life possible!”, says Gus.

Even though he can’t save all the dogs in South Korea that live in these meat farms, his deed is an incredible one and it might serve as an example for others.

This is Gus Kenworthy, the 26 year old freestyle skier from Colorado, USA 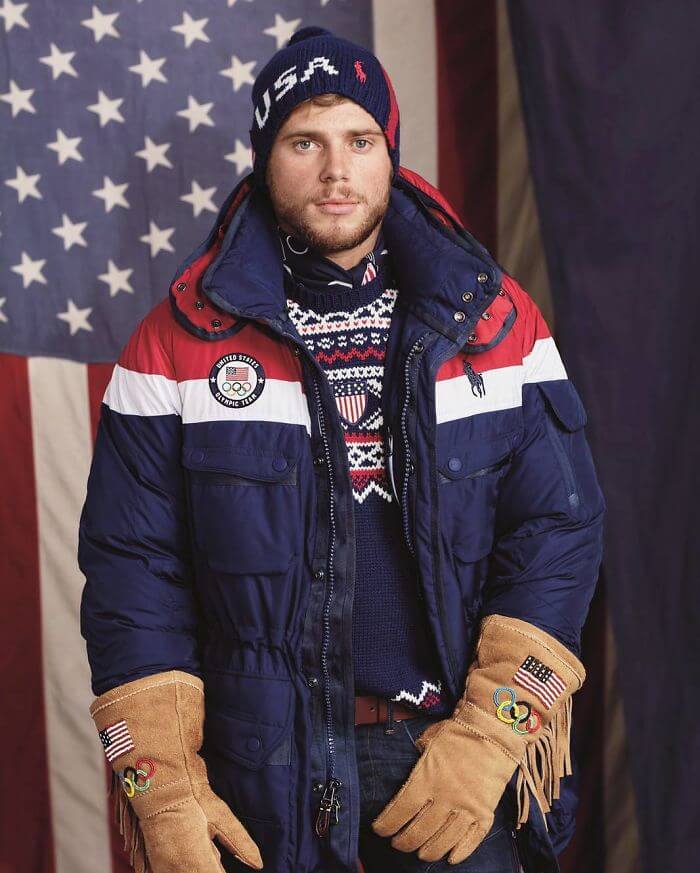 Gus took part in the 2018 Winter Olympics, but he got his news worthy moment because he saved 90 dogs from meat farms 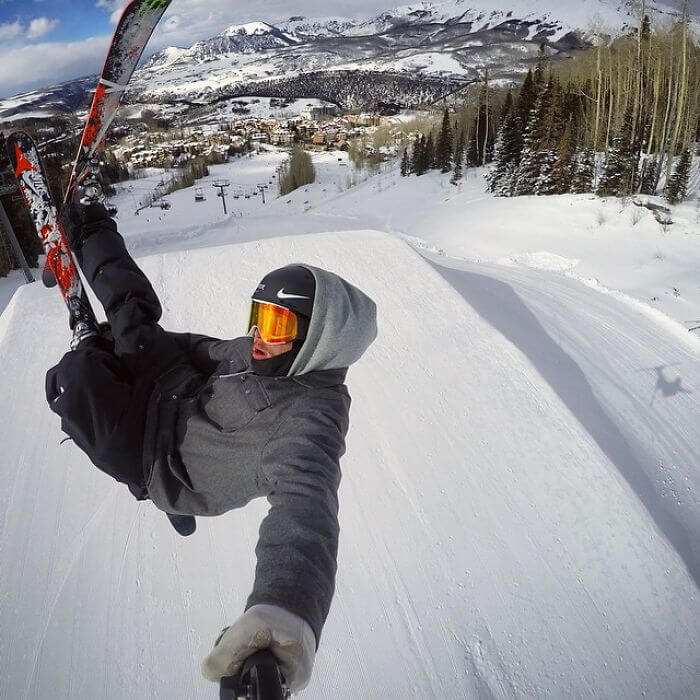 He visited just one of the 17,000 meat farms in South Korea and it broke his heart 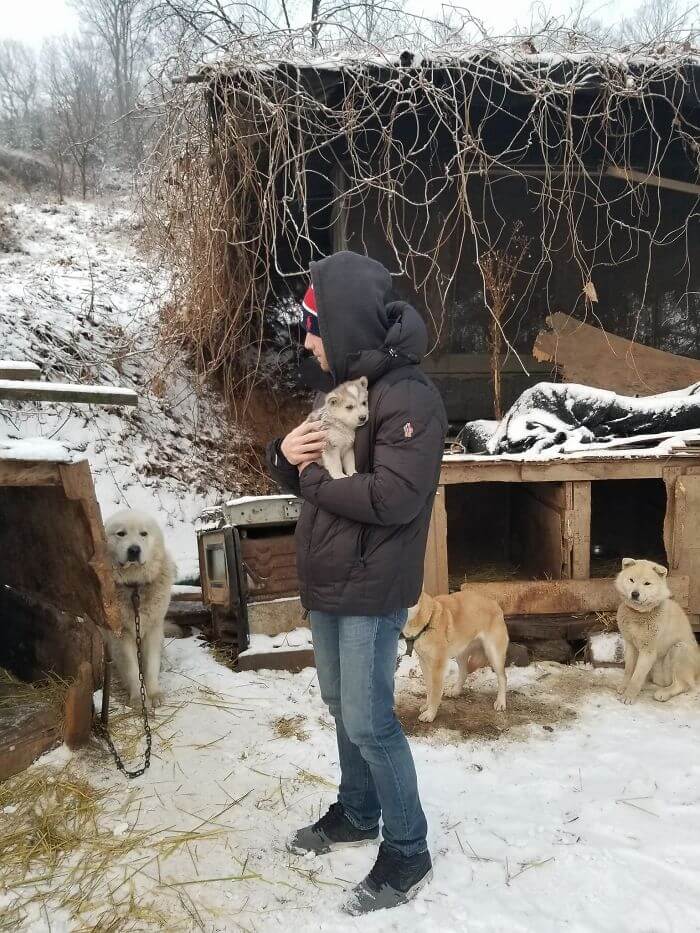 There are more than 2.5 million dogs being raised for food living in horrible conditions in South Korea 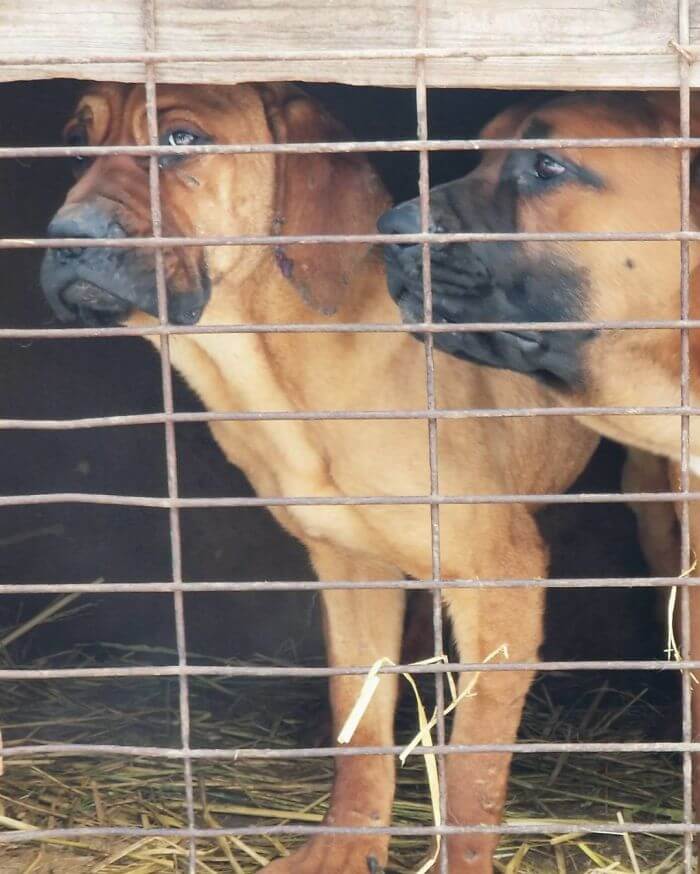 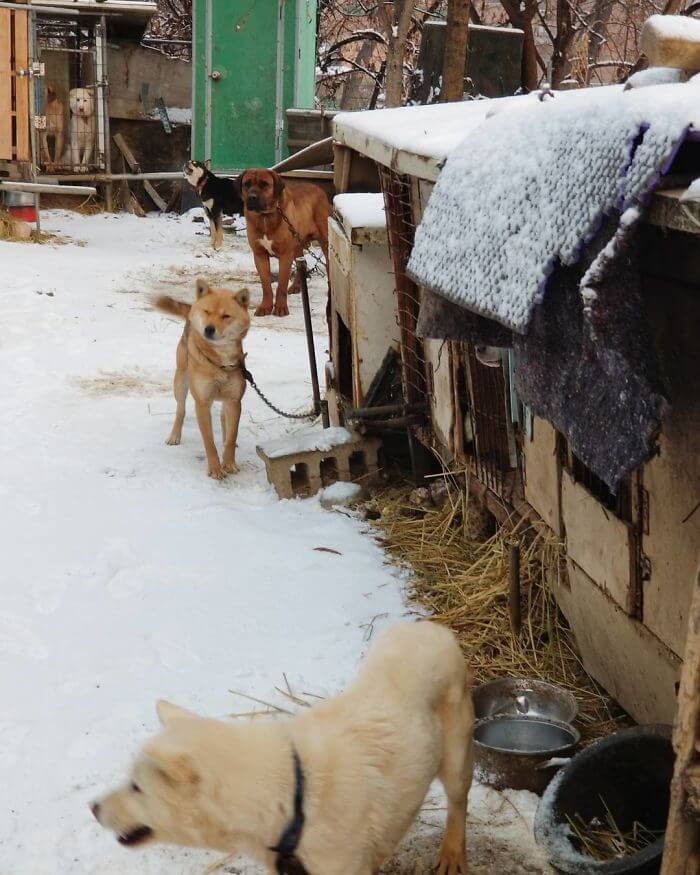 And Gus understands that it’s not his place to impose his values and beliefs on the local people, even though he doesn’t agree with them 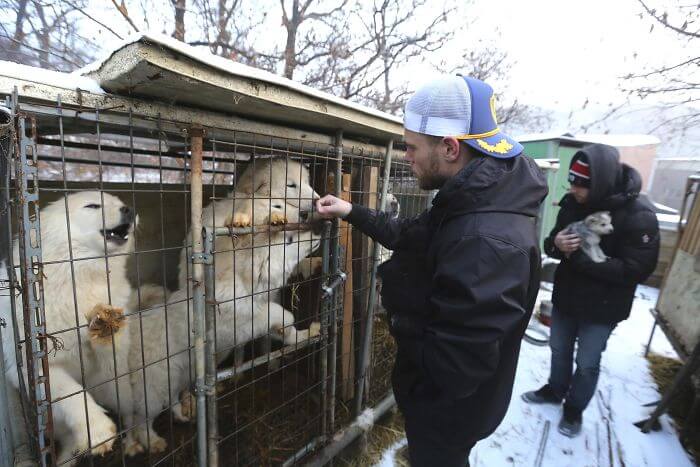 The thing that bothered him was the way these dogs were treated and raised. Which have no excuse and was just horrible 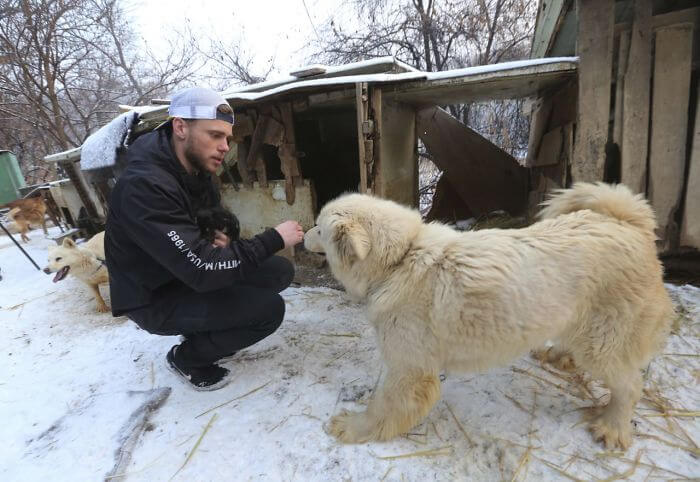 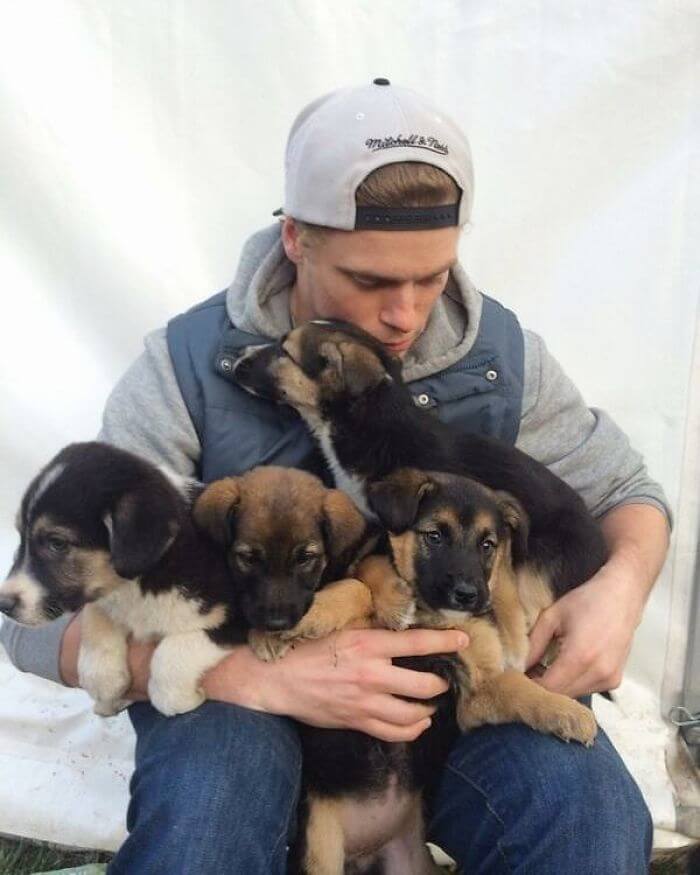 That’s when Gus decided to take one puppy home and give him a better life with his partner Matt. They named her Beemo 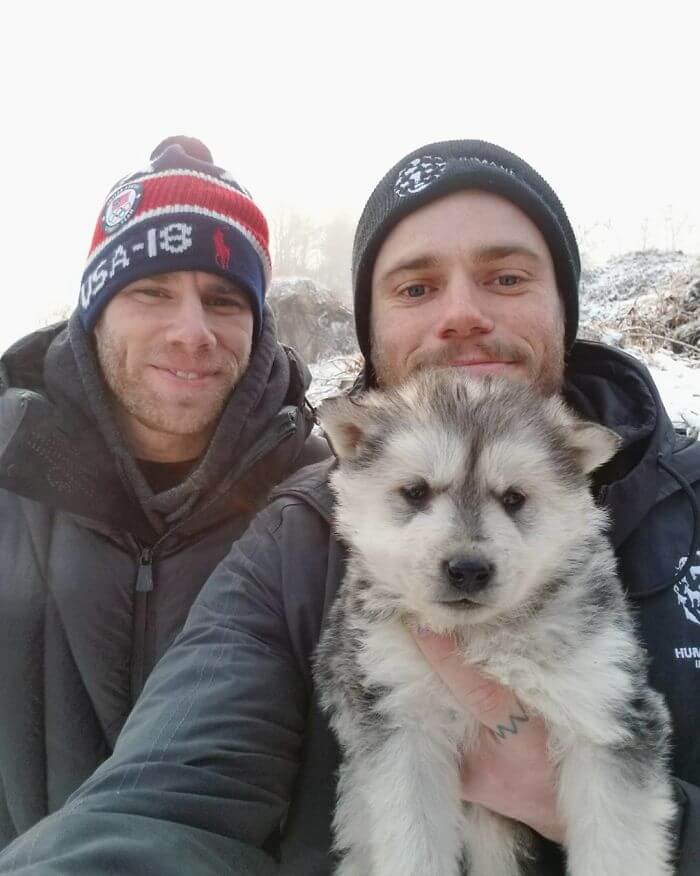 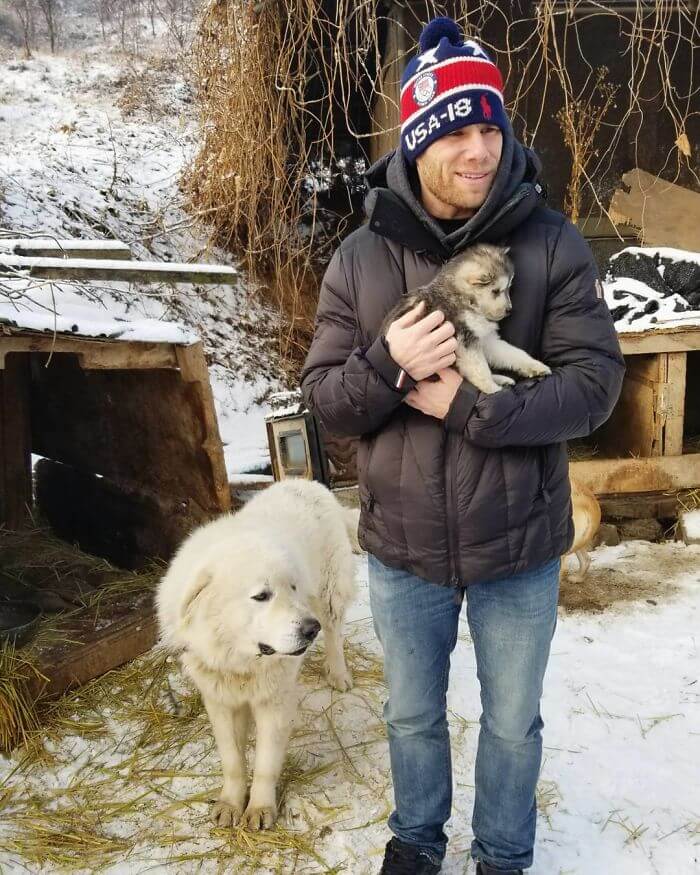 ” I can’t wait to give her the best life possible! “ 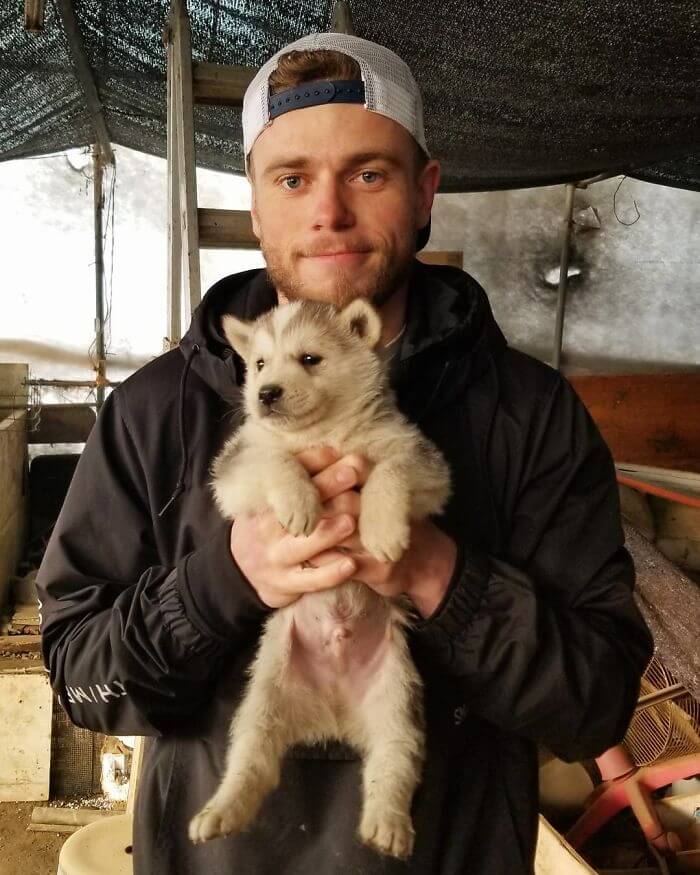 With the help of Humane Society International, 90 other dogs will arrive at Canada and USA to be adopted and into better lives. 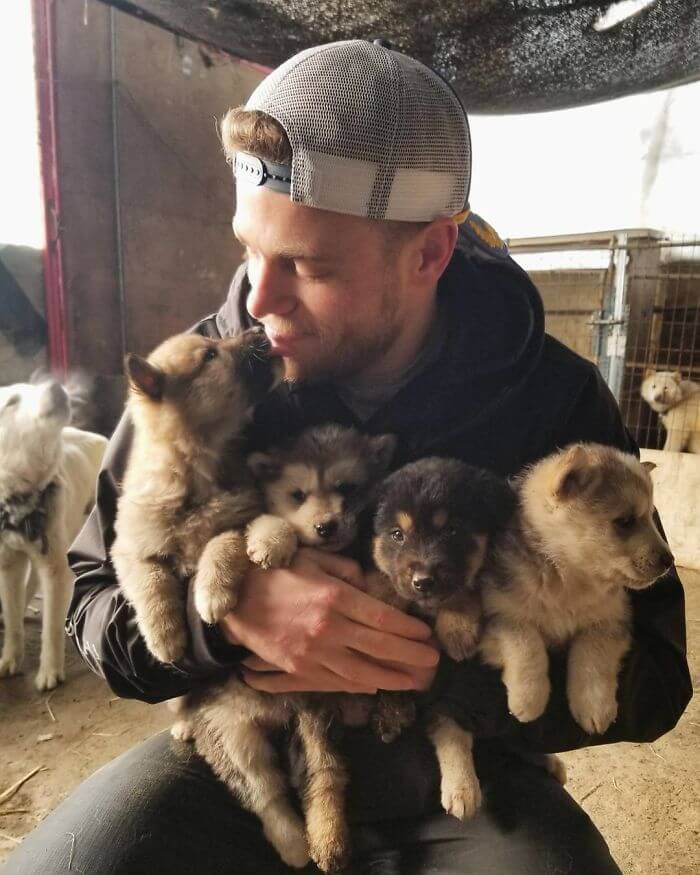 We absolutely need more people like Gus in the world who care enough to take action and save lives.