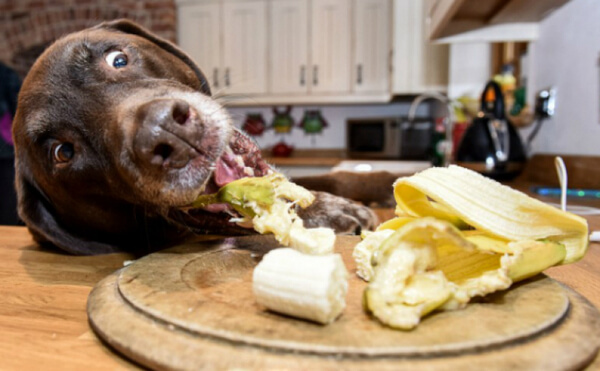 Chocolate Labrador from England named Rollo is nine-years old with a very astonishing appetite for food and almost anything that can be eaten. 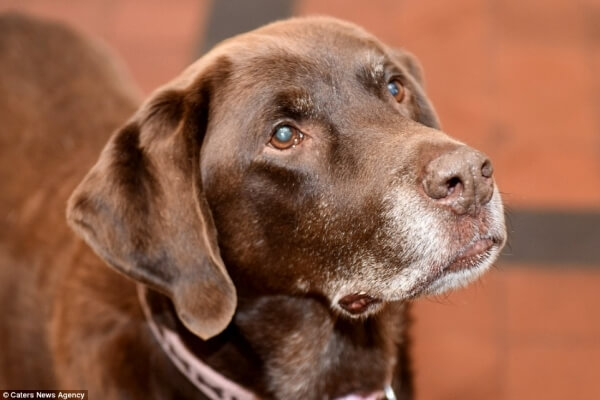 If your dog is healthy and energetic, you wouldn’t be surprised that they are so fond of eating. But this Labrador is totally unique! He literally loves sweets and sugars like cake. He is so addicted with eating as if he never gets full.

Because of the dog’s hilarious behavior, owners Sue Kirk and Stewart Maher have to spend more than $38,000 for “Rollo-proofing their kitchen. 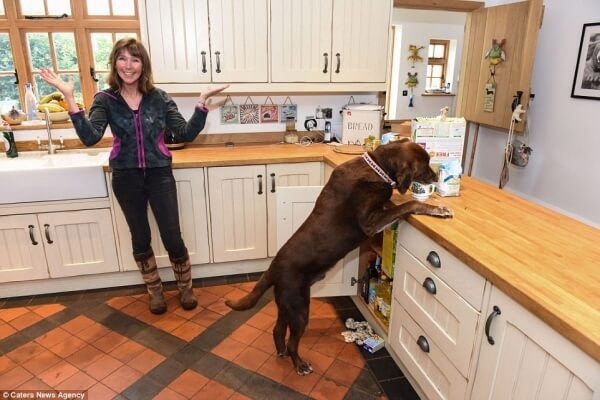 Sue took Rollo home six years ago from The Labrador Lifeline Trust. He was only three year old by that time, and had been abandoned by three previous owners because of his unappeasable appetite. They might not been able to provide well for the dog’s food. 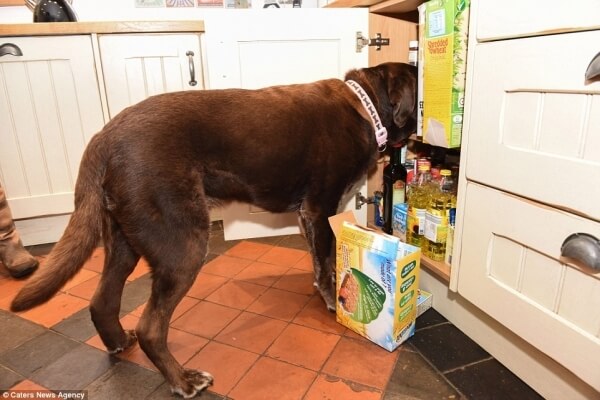 Rollo’s unbelievable obsession for food hailed him as certified food looter in the house. The newly designed kitchen that prohibits him from looting is the answer to the couple’s quite funny problem. The kitchen was tranformed to its new look where the dining area has a fridge with raised handle, drawers and cabinet have been replace. The only entrance to the kitchen is a well-built secure door.

“In our old kitchen,” Sue told The Daily Mail, “Rollo had learned how to open all of the cupboard doors and could get in to munch away at his heart’s content.” The hungry, hungry, pup used to get into the fridge, dishwasher and cabinets; he would jump up on tables; and he even taught himself how to use a step-pedal trash can. 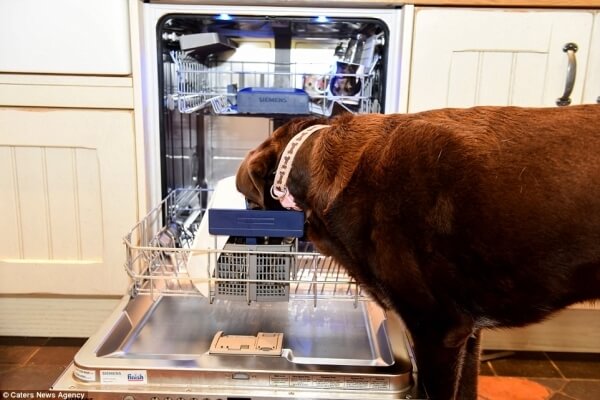 But wait, Rollo is not just ransacking the kitchen, he is more than happy to go over Sue’s garden and dig through and poke around her planted tomatoes, though the greenhouse has a stairgate. 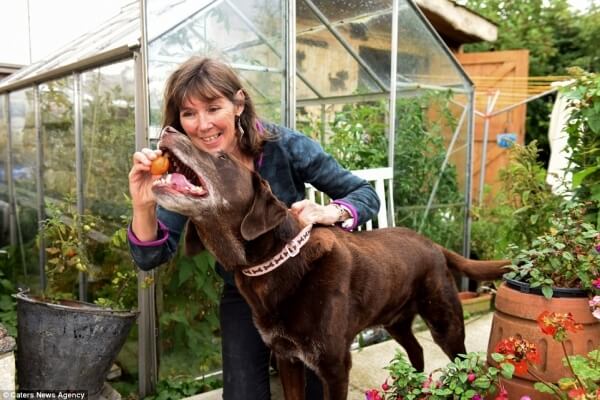 Rollo surprisingly gets to look for food that easy like as a skilled robber. “Once he even undid Stewart’s briefcase and ate his lunch out of his lunch box.” Sue said. This very enthusiastic eater doesn’t just eat meat but fruits and vegetables as well. He manages to eat entire cases of yogurt including five large cake in one place and still looks for more! Such a gluttonous pooch! 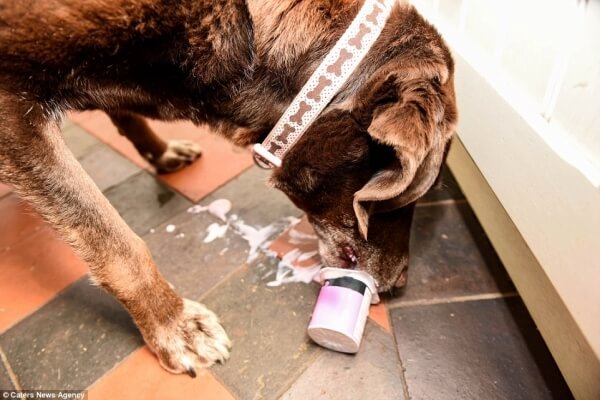 Sue once caught him hurrying with a box of rat poison. He was also caught eating a tupperware box to get 12 pieces of chocolate muffins. Even a box of cigarettes and jar of mincemeat were never spared from his obsessive eating behavior. 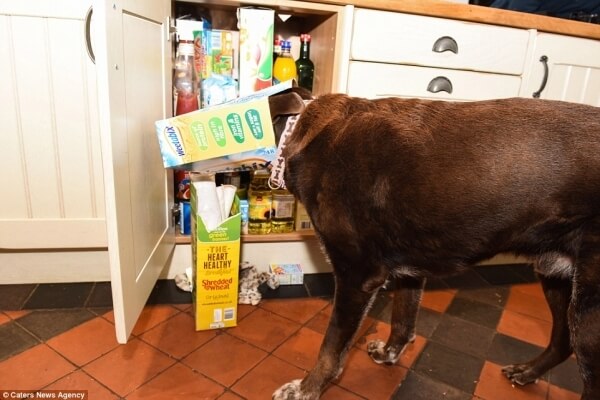 “We’ve spent thousands over the years on vet’s bills,” Sue says, “but he’s worth every penny.” 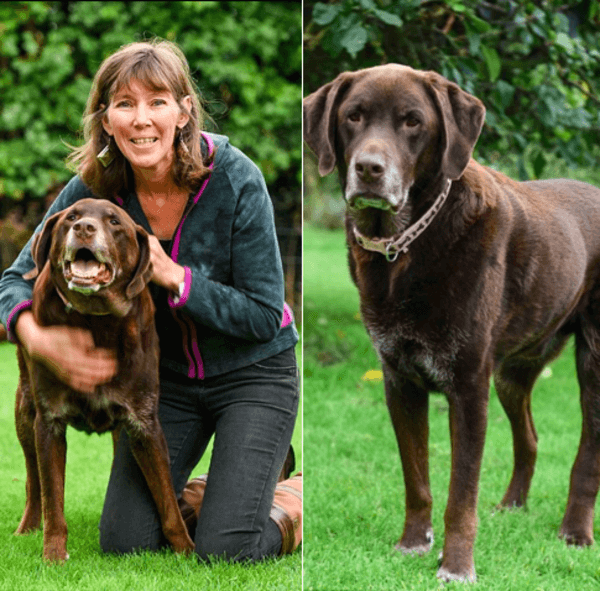 H/t and Featured image via The Daily Mail