The Art Fund hosts an annual award ceremony in which the best museum of the United Kingdom is recognized. This year, the award ceremony will take place at the British Museum, an iconic museum with a beautiful history. This museum is also the most searched venue on the Art Map provided by the Art Fund.

The British Museum is one of the most iconic and recognized museums in the world and for good reason. This is why the Art Fund has chosen it as the venue for their Museum of the Year 2017 venue. This decision came not just due to the well-known status of this museum, but also because it was the venue with the most hits on the Art Fund’s Art Map. The event itself will be held on the 5th of July 2017. So just what makes the British Museum so special? 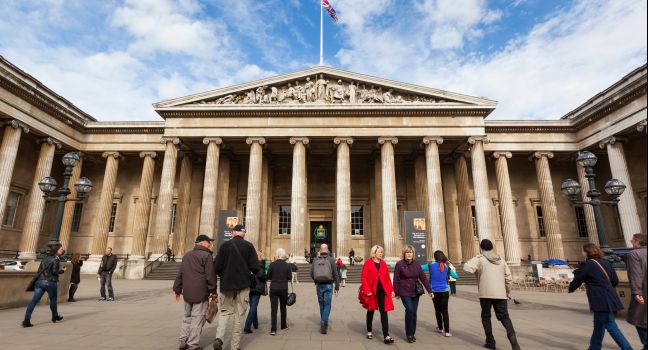 The British Museum is one of the best-known museums in the world and is home to art from all the different eras of humanity, and all the different geographical locations of the planet. In fact, they have ten different curatorial and research departments, focusing on specific forms of art.

Those include Ancient Egypt and Sudan, Conservation and Scientific Research, and Portable Antiquities and Treasure, to name but a few. Because the finalists in this year’s Museum of the Year also come from different backgrounds, it seemed fitting to have it at this museum.

A representative from the Art Fund says: “There really was not better location than the British Museum. It is just such an iconic place, and such an example to other museums the world over. In fact, we had decided that the preferred venue would be the one that got the most searches on our Art Map, and we all had a huge ‘whoop!’ moment when this was the one that came up.”

The British Museum also serves as an example to others in terms of how it is managed and governed. The winner of this year’s Museum of the Year will have an opportunity to talk to the Director, Dr Hartwig Fischer, and the board of 25 trustees. Additionally, they will be provided with the biennial and annual reviews of all the work the museum does.

The British Museum was the first national public museum, founded in 1753, in the world. All ‘studious and curious persons’ were granted free entry from the first day. During the 18th century, the museum welcomed some 5,000 visitors per year. In 2017, this is closer to six million.

The museum originates in Sir Hans Sloane’s will, who was a collector, naturalist, and physician. During the course of his life, he collected in excess of 71,000 different objects, and he wished for those to be preserved. Hence, in his will, they were all bequeathed to King George II to be enjoyed by the nation, so long as a £20,000 payment would be made to his heirs. King George II accepted, creating an Act of Parliament to establish the museum on 7 June 1753.

Sloane’s collection consisted of antiquities, natural specimens, manuscripts, books, and ethnographic materials. This collection was vastly increased when the Old Royal Library collection was donated to the museum by King George II in 1757. Two years later, on 15 January 1759, the museum first opened its doors, then located in Montague House. The only time it has ever been closed since then has been during the First and Second World War.

The Art Fund’s representative adds: “The British Museum stands by its original goals, which was to enable anyone who was curious or studious the opportunity to view and enjoy art and the world up close. We believe that this is a mission and vision that every museum should have. The British Museum is the first of its kind, and it continues to be pioneering the world over, serving as an example of perfection.”