That's enough internet for today is one of my favorite internet sayings, used it since 1998

While navigating on the web at some point or another, we all bumped into disturbing content and we might have said the famous phrase “That’s Enough Internet for Today” right after.

This expression is used by many and known by the majority due to its popularity in the comment section of online communities such as Facebook or Instagram.

Disturbing, bizarre or offensive content is taking over the internet and we need a a mantra to protect ourselves from taking in even more that we need or want.

Similar phrases used for this kind of content are “what has been seen cannot be unseen” and “I’m in that weird part of YouTube”. So be careful out there kids and use the right mantra to protect yourself from the crazy things you’ll find online!

How did that’s enough internet for today start

The original idiomatic expression “that’s enough for today” has a mysterious origin no one is really sure about, but we could find the person who came up with the Internet version.

The earliest version recorded goes back to a title of a video posted by user Ionut Puiu on Vimeo in August, 2009. Named “Trust me… You had enough Internet for today,” , the short recording shows a needy cat pawing its owner’s hand while they try to type on the keyboard in a style reminiscent of “Stop Posting” reaction images.

But when did it conquer the internet ? redditor GodOfAtheism started the /r/EnoughInternet subreddit for weird NSFW content on September 21st, 2011. A year after, in November, 2012, Redditor Lugozi posted an animated GIF of Jerry Seinfeld to the /r/funny subreddit .

The caption stated: “Well, that’s enough Internet for today”. The GIF achieved more than a thousand votes before being archived.

Later on, in September, 2013, the genius compilation of GIFS that we all needed called “68 GIFs That Prove You’ve Had Enough Internet For Today.” was published. The spread of the expression kept growing like a wildfire. In February, 2014, an unknown user submitted on Reddit a photoshopped image of Side Eyeing Chloe and Dodge named  “Enough Internet for today” .

The image was posted to the /r/funny subreddit, and it reached almost three thousand votes before being archived.

Facebook users jumped in right after with a new page called  “That’s Enough Internet For Today” launched on June 20th. Within a year, it gain around two hundred thousand likes. But there is more. On December 12th, user Tobelebo9 posted on 9gag a webcomic called “Enough Internet for today…,” that shows a man who teaches how to perform different kind of farts (try this under your blanket with only your head outside). 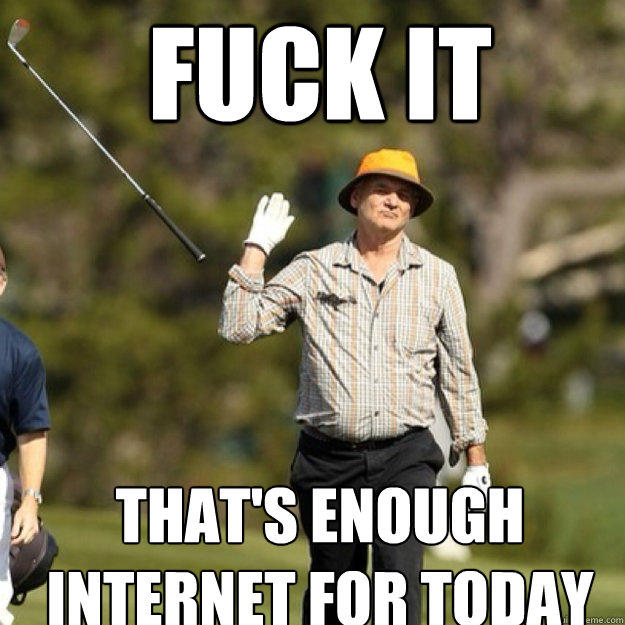 2. How to behave when it’s enough internet for today 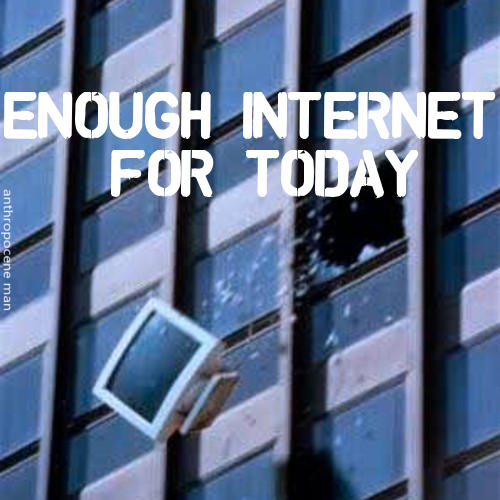 3. Look at the stickman expression: it has clearly been enough internet for today 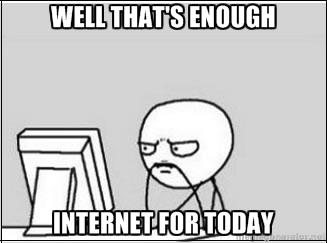 4. The CN’s version of “That’s enough internet for today” 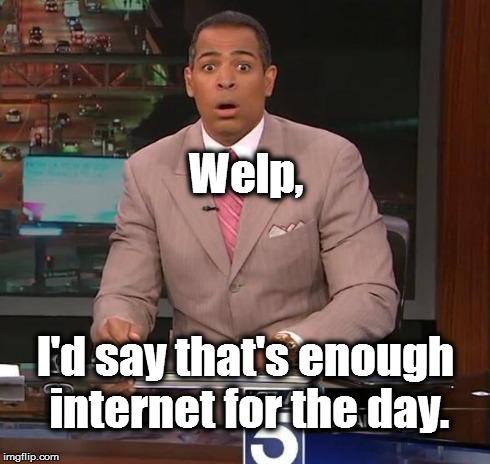 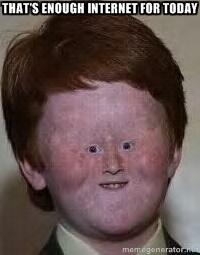 7. South Park definitely thinks it’s enough internet for today, and you should listen! 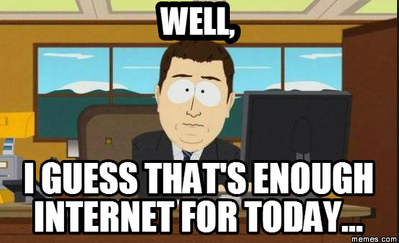 8. Fuck it! You know what’s enough for today? INTERNET! 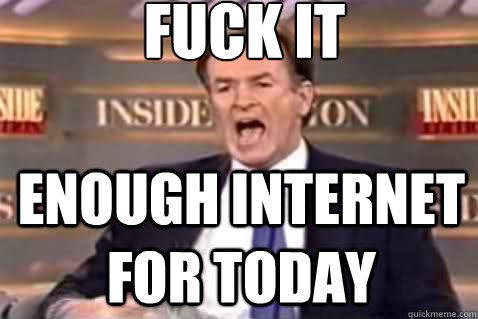 9. Men rolling on watermelons? Not ok. 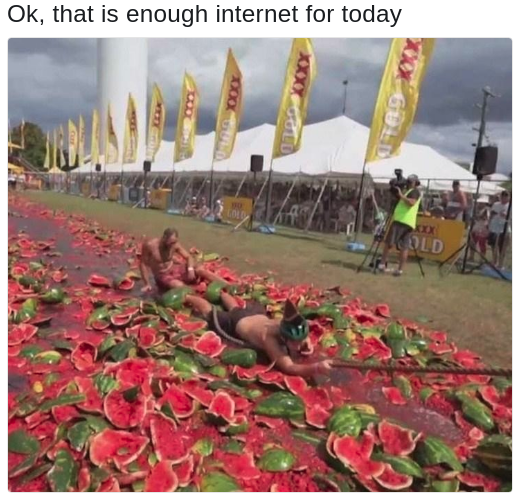 10. Another funny way of saying that it’s enough internet for today 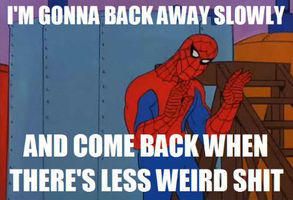 11. The cat has had enough for the day 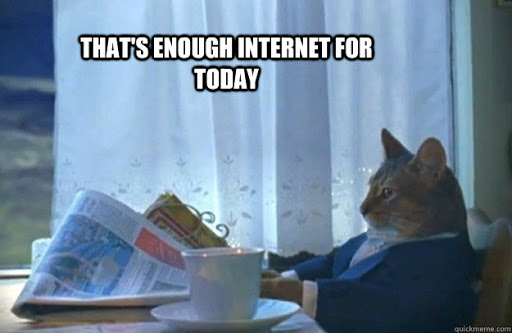 12. Lego hair is a clear sign that you’ve had enough internet for today 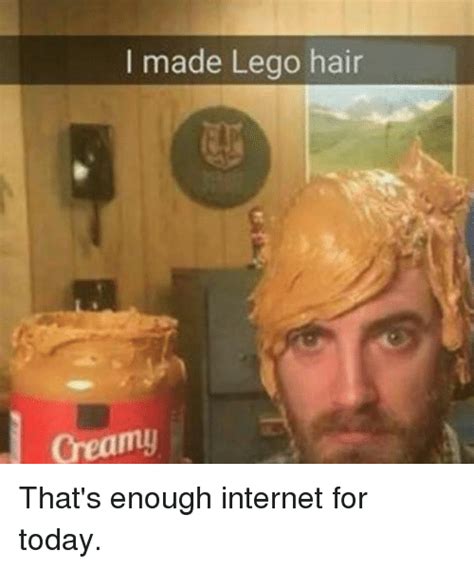 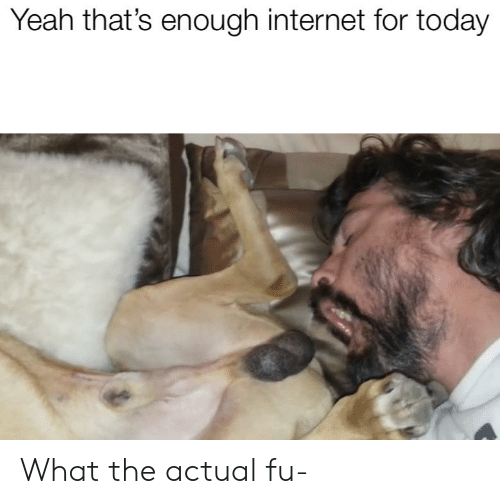 14. When a woman is taking pregnancy pictures with a horse, you should just get off the internet 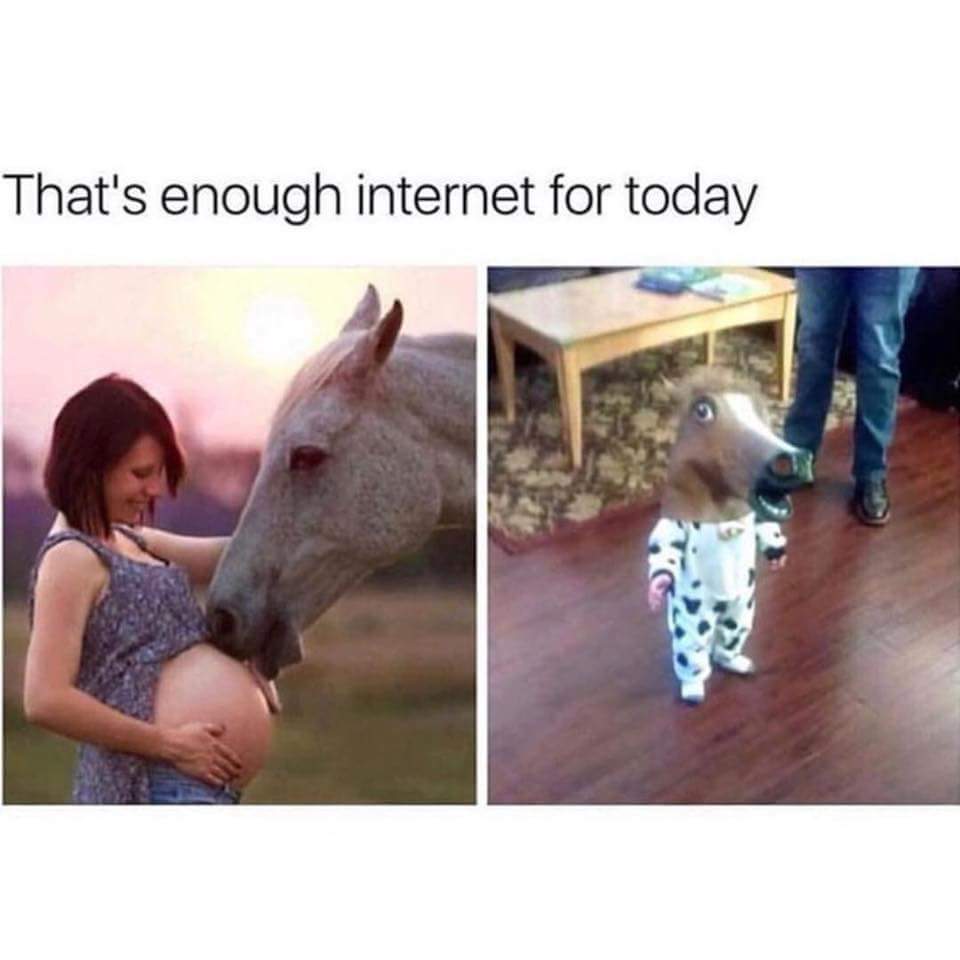 15. Spiderman is telling you: that’s enough internet for today! 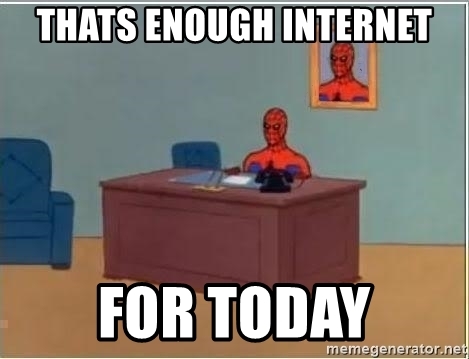