That Sign Can’t Stop Me Because I Can’t Read. Info and Examples

That can’t stop me because I can’t read was originally from the TV animated show Arthur. It’s from the part where character D.W said it in relation to standing in front of a sign banning entrance to a room. Since it has been used online to express persistence in the face of better judgement.

The first time this memorable quote and meme appeared was in 1998, April 6 when the second season of Arthur was aired. The scene where D.W and her brother had a fight and he banned her from his room. D.W was standing in front of her big brother’s room and a sign was hanging clearly saying ” Arthur’s room. D.W not allowed. ” D.W looks at the sign and says ” That sign can’t stop me because I can’t read “. And the rest is history.

How did the meme spread around the web?

Like many other memes and viral videos the meme was first published on Reddit and then on popular site 9gag. From there it spread over the last few years and became an internet phenomenon. The meme was re-published a bunch of other times after that, but that’s not really relevant for this post. You want to see what we’re talking about right? Keep reading below

The original meme as it showed on the show: 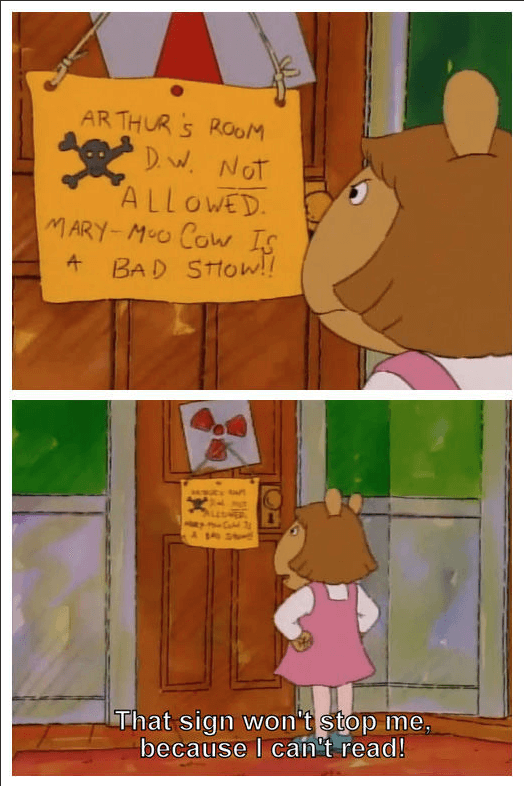 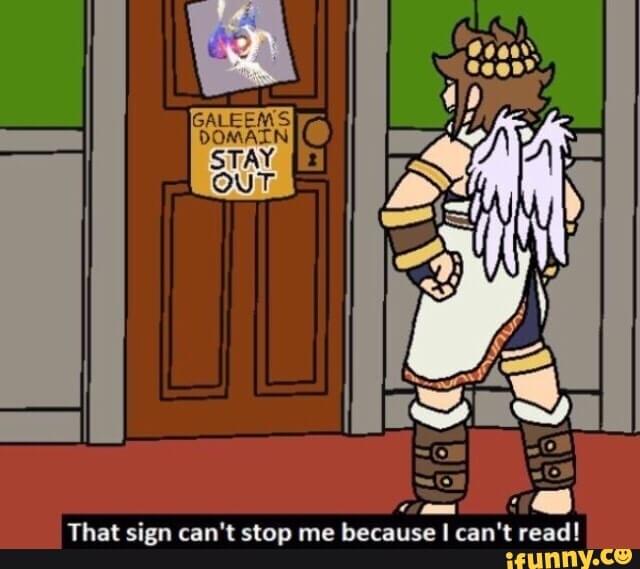 2. If you could have read this sign. You would know 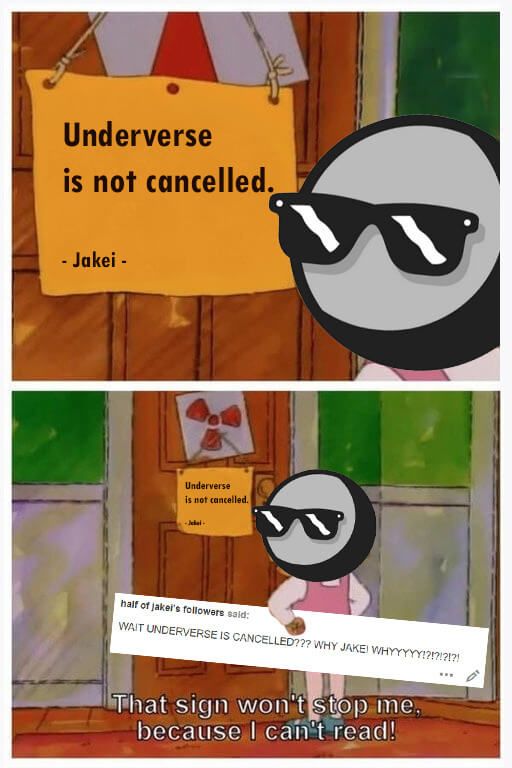 3. Getting political. Better watch out 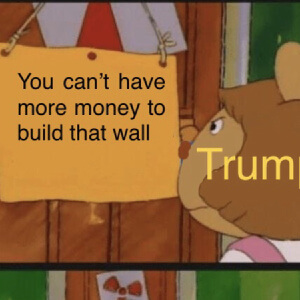 4. This is a deep can’t read won’t stop me sign 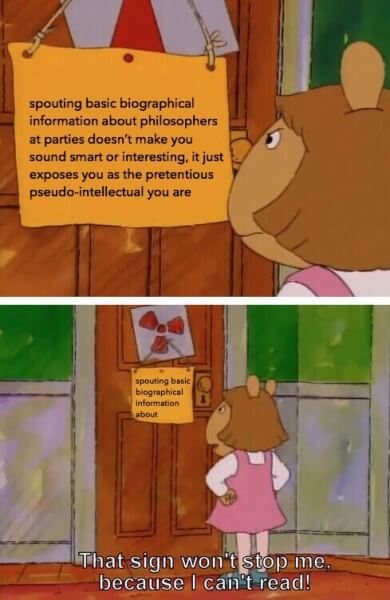 5. Pepe is no longer funny. Agreed! 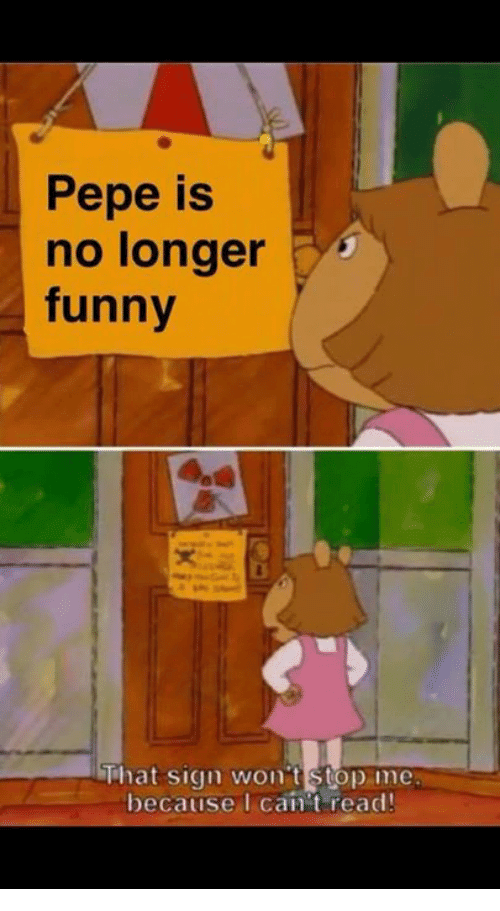 6. Stop spending so much money on your car 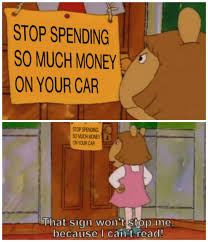 7. That duck can’t read, so that sign won’t stop him 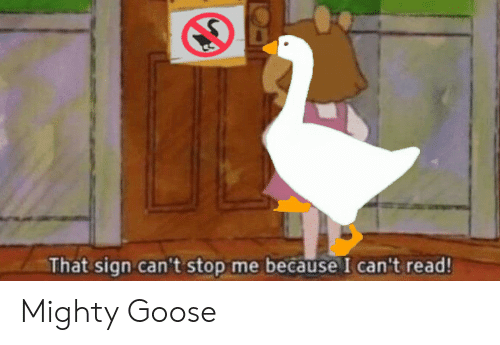 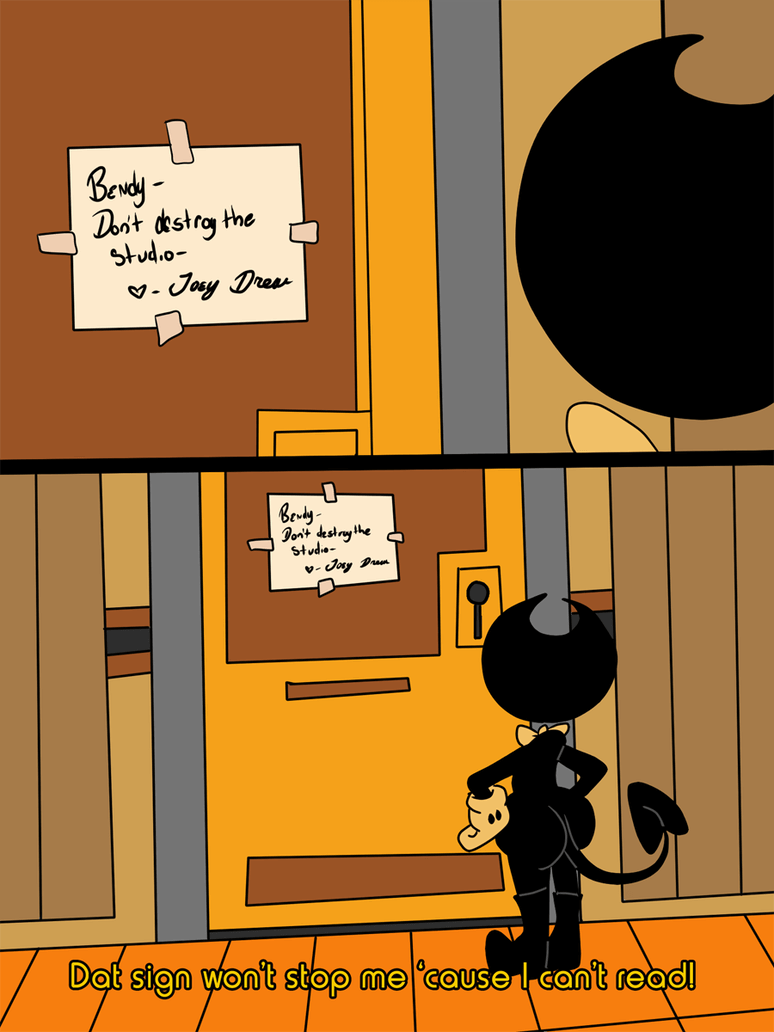 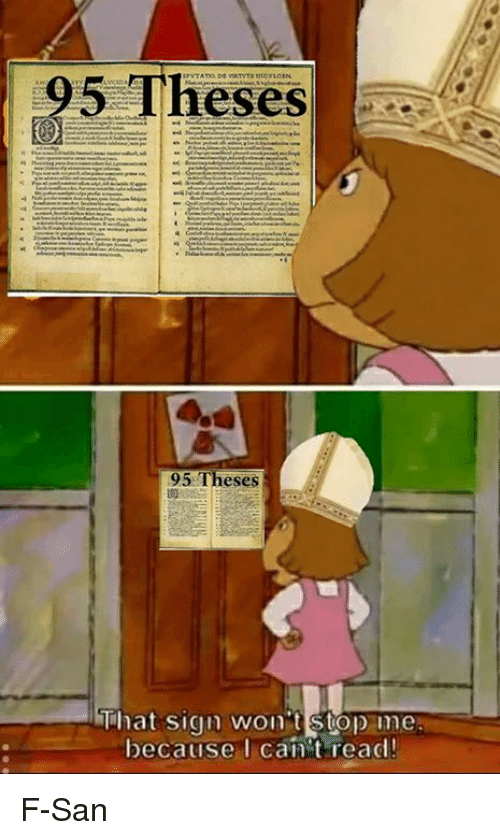 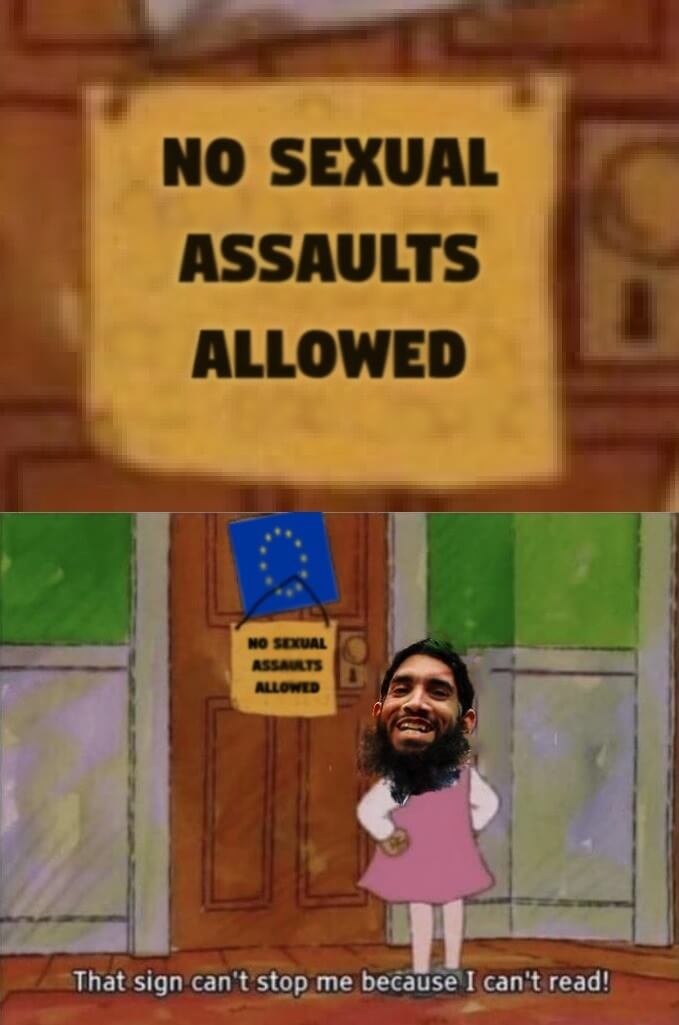 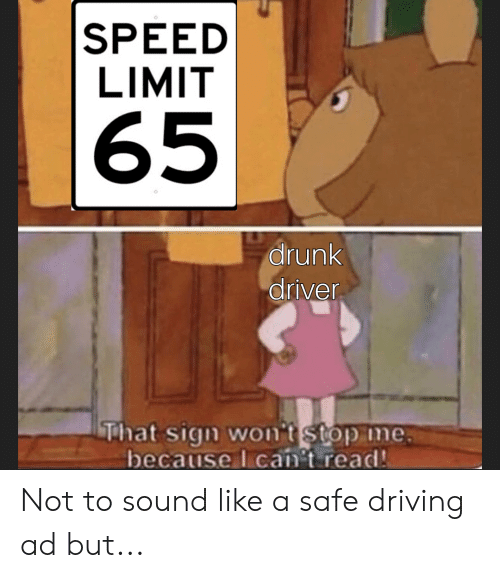 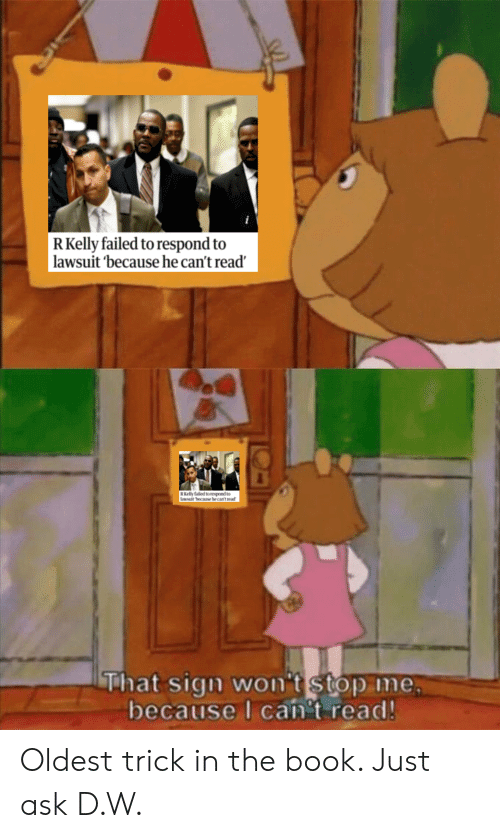 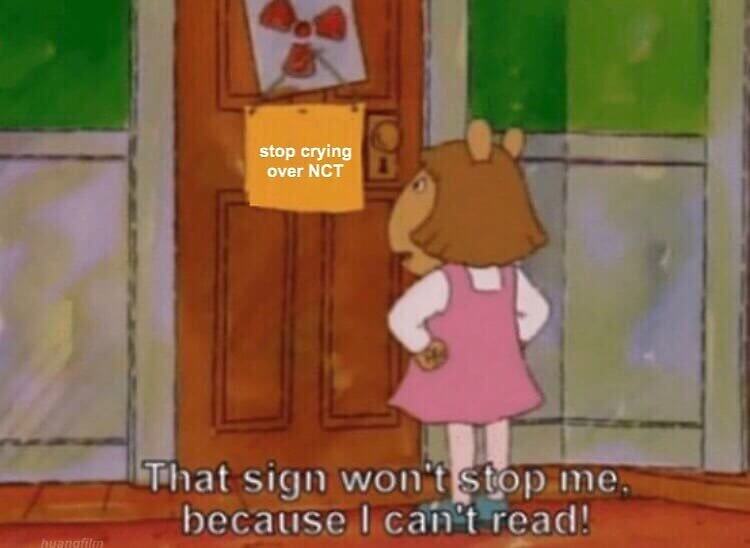