photos of Volcano Eruption In Chile That Will Leave You Speechless

The Calbuco volcano in Chile located in the southern Los Lagos region of Chile has erupted ten times since 1837, the eruption you see in the pictures below caught everyone by surprise. The volcano is located in the cities of Puerto Montt and Puerto Varas which have a combined population of 250,000 people.

The authorities have announced a 20km radius around the volcano for evacuation and even Argentina warned her citizens to stay in their homes. The eruption was huge, there is a lot of smoke rising from the volcano with some fiery lightning streaked eruptions.

Calbuco is a stratovolcano which means its ” composite volcano ” it’s made up of layers of ash, pumice, lava etc. The most dangerous thing about these type of volcanos is their propensity for producing pyroclastic flows, frighteningly fast ground hugging flows of ash, debris and hot gas. We hope the Chileans will only have to experience amazing views like these ones

Browse the short gallery below of photos of volcano eruptions to see up close what it’s like to witness such event. Most people will live their entire lives without ever seeing such a thing. It’s a great and scary thing to see in real life.

Photos of volcano eruptions with the shape of a mushroom. 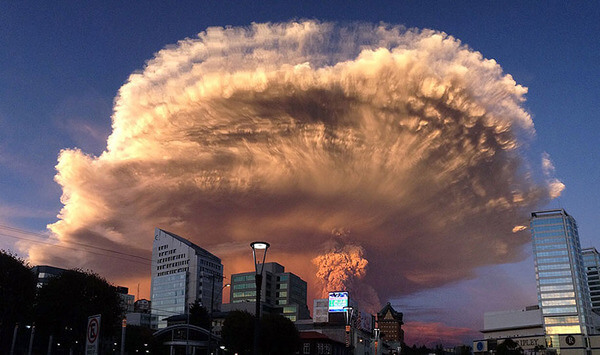 So much dust the sky turned orange. You wouldn’t want to be under that cloud 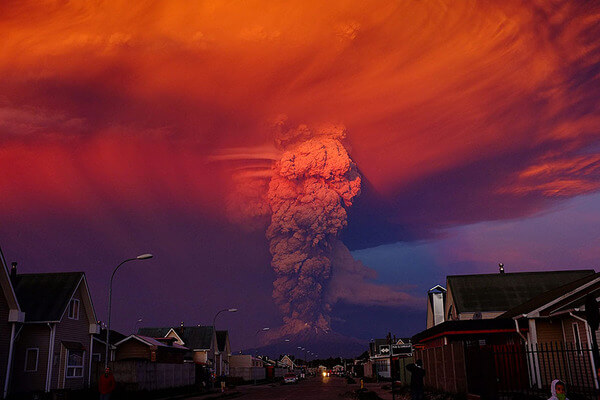 Lightings inside the fire. It’s not uncommon to see light storms inside a volcano eruption 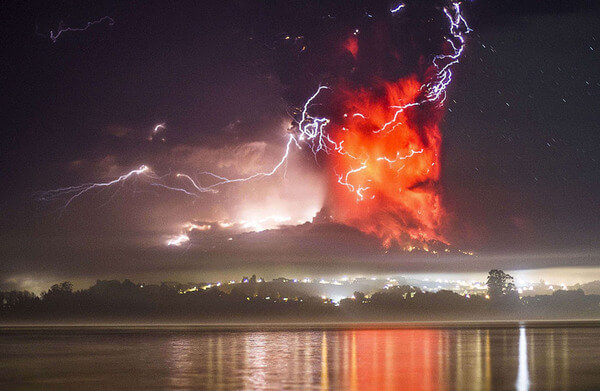 This looks like something out of a sci fi horror film right?

Even from a big distance, this is an impressive shot 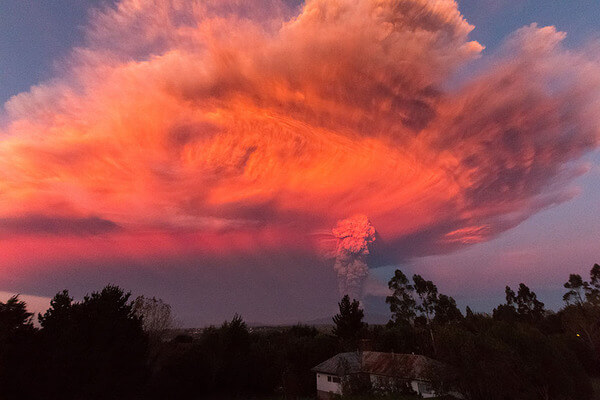 It may takes years for a volcanic eruption to clear the skies and area. 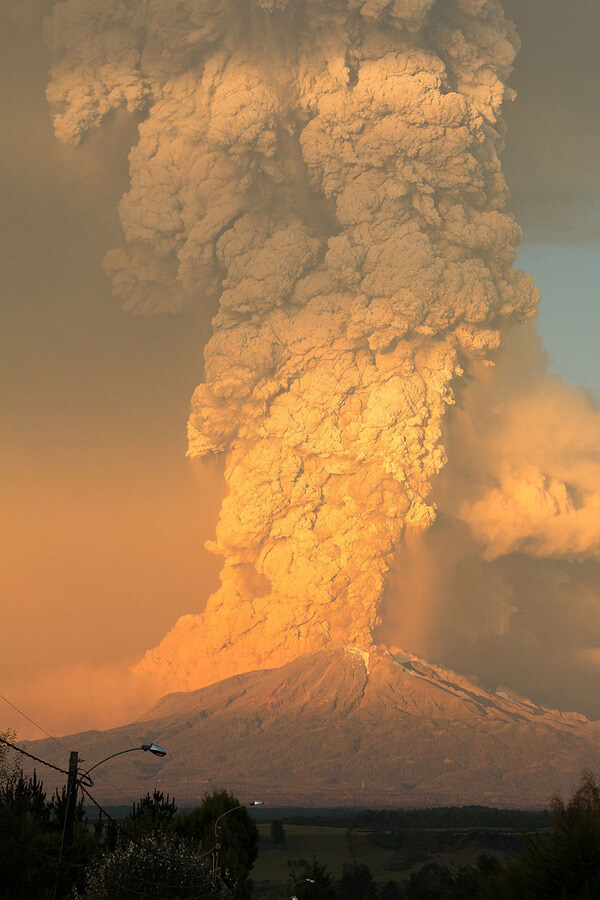 Orange is the new dust 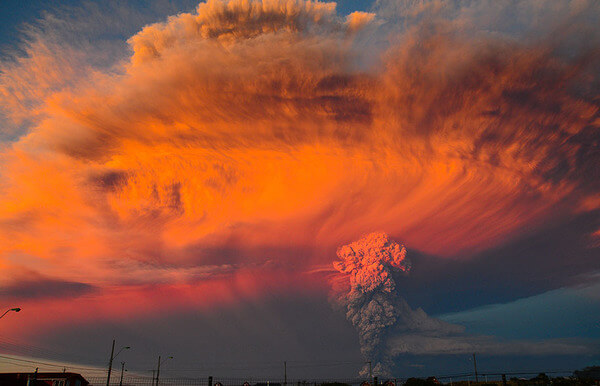 Residential homes next to a volcanic mountain 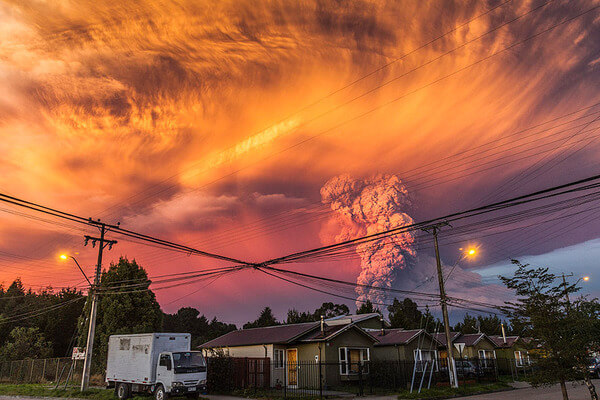 So high, it almost reaches the atmosphere 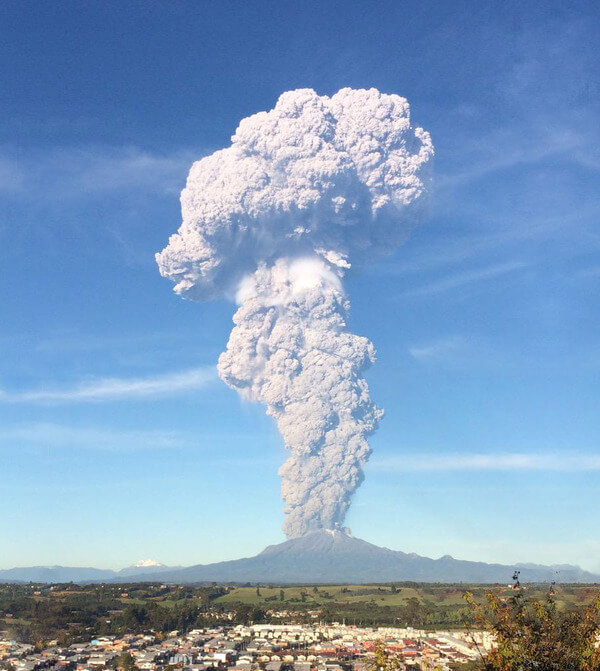 You should not stand below the dust cloud 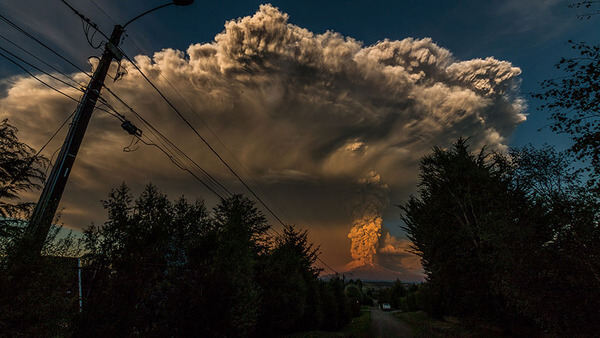 Look at the pretty colors 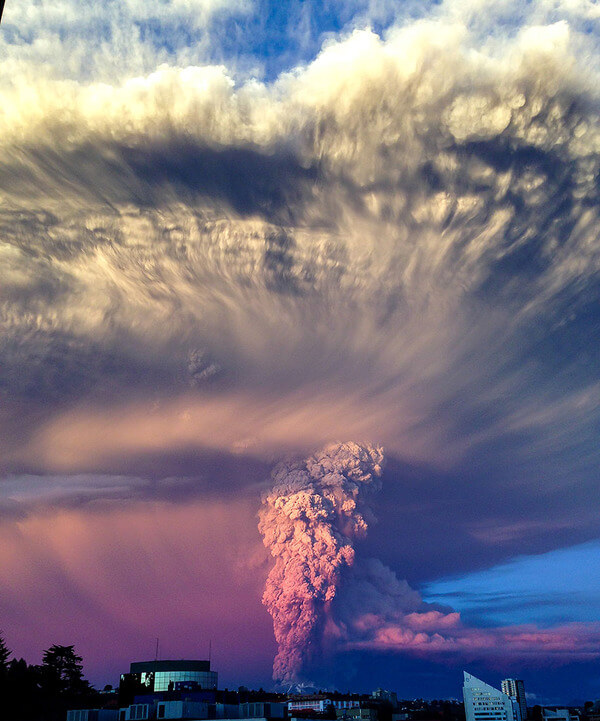 When a volcano erupts, usually the residents will flea the area and stay away. 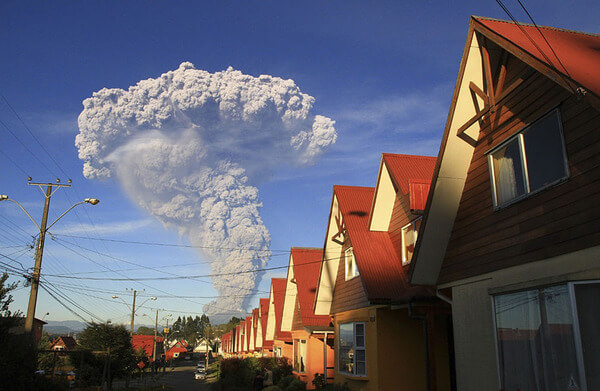 Watch a short video of the eruption time lapse