Hugh Jackman To Return As Wolverine In Avengers 4? That Would Be Awesome

Woaah! What? That’s the first reaction you had when you saw that headline, right? Us too! How come we see Wolverine who we now know is dead in the new Avengers movie? We’ve already seen the trailer for the first part of Avengers: Infinity War that is going to be released in 2018, but we hear rumors that we’ll see Wolverine in the second part of Avengers: Infinity War. How come?

Disney and Fox have officially merged. Contracts started being drafted and rumour has it that Hugh Jackman will come out of retirement and put his Wolverine claws on once again. He is said to appear alongside Captain America in Avengers 4.

We’ve seen Hugh Jackman play his last Wolverine this year and critics and fans alike loved it. Disney and Fox merger might not be happy with the end and look like they want to revive him. Several sources already confirm that the deal is done and Hugh Jackman is eager to come out of retirement. How will they do it, in terms of story, we shall see. 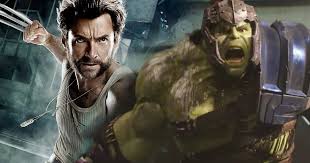 And the chances we are going to see Jackman as Wolverine in the last Avengers installment as big, as he has previously stated that the only way he would return to the role is with The Avengers. Hugh Jackman has reportedly said: “The Avengers would prove too much to turn down. (…) “Because I always love the idea of him (Wolverine) within that dynamic, with the Hulk obviously, with Iron Man but there are a lot of smarter people with MBAs who can’t figure that out (laughter).

SEE ALSO: Thanos Is Finally Going To Appear On The Big Screen, In Avengers: Infinity War

You never know. At the moment, honestly, if I really did have them there, I probably wouldn’t have said this is the last.”

Things are not sure now, but we do hope we’ll see some Wolverine-packed Avengers in the future. And we can’t wait to see all of the Marvel characters come together to avenge the Earth. There are going to be some 2 exciting years.

Who’s your favourite Avenger? We go with Mister Stark!