How Do Snails Mate 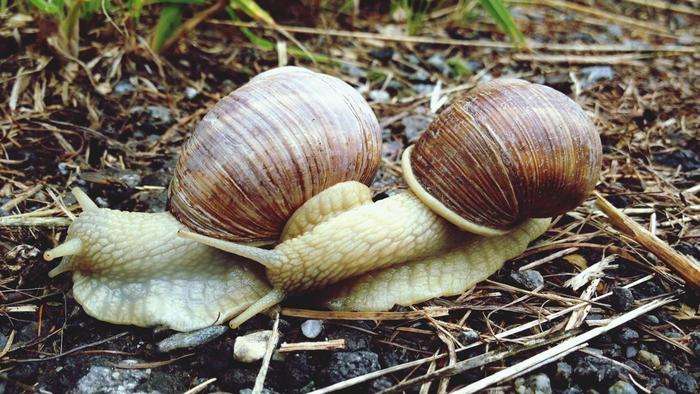 One of the weirdest creatures walking around the Earth, or in this case slugging, are definitely snails. It’s not just about their way of motion which includes caring around a house on their back at the speed of…well, of a snail, and leaving a slimy trail along the way, nor about that pairs of antenna that change the length with ease, it’s also about the way they reproduce; snails reproduce differently than almost any other type of creature.

Snails are hermaphrodites. This means that every snail will have both male and female reproductive organs (except two types of snails that have both – female and male individuals). The reproductive organs are at the bottom of their bodies and when an adult individual meet the right mate they communicate for two to twelve hours, after that the pair fertilizes the eggs in each other, so both of them will deliver eggs. 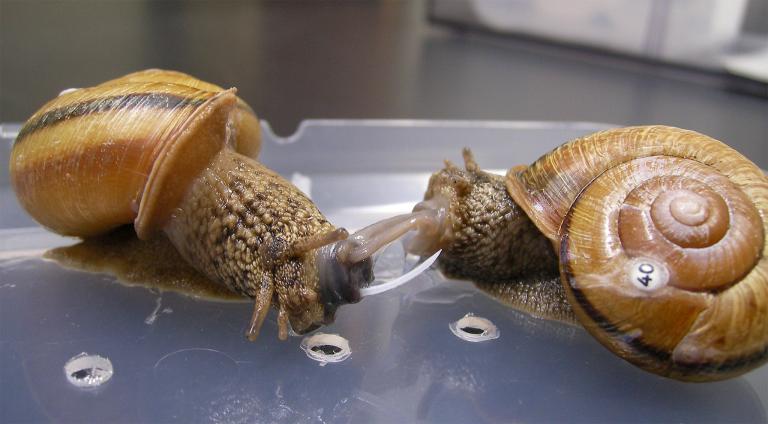 After a while, snails lay eggs in a nest in the topsoil in a cool place.  A snail can carry up to 100 eggs at a time. After two to four weeks, little snails hatch and start to eat the remains of their own eggs in order to get the extra nutrients and calcium necessary to strengthen their shells which are very weak in this phase, and their bodies are colorless and clear.

It will take up to three months for the snails to completely form and look like a miniature version of an adult snail of their species. For that time, they stay in the nest. After the snails are completely formed, little ones will detach from their parents.

This specific mating process has a consistent rate and allows the species to grow and survive and keep slugging on the Earth through centuries . You can watch the process in the video below.

Amazing Street Art That You Can Only See In The Rain

Amazing Street Art That You Can Only See In The Rain