No Result
View All Result
Home How To

Everything You Ever Wanted To Know About Cigars

by Awesome Daily Staff
in How To, Trending
0

Cigars have been a small, but significant celebration or trophy for mainly men as a way to celebrate some sort of a big achievement or as a symbol to other people that they live the good life. There’s something about holding a big fat quality cigar in your hand and blowing smoke to shoe the room you’ve made it, or you’ve just won something big.

You can usually see people smoking cigars at weddings, bachelor parties, after closing a big deal and others. Back in the day before the rise of knowledge about the dangers of smoking, you could see your popular heroes in the movies or even sport athletes enjoying a nice cigar after the game or in a thrilling scene.

But in today’s world, you will almost never see a cigar or even a cigarette on the big screen because people are much more aware of not to promote such a bad habit.

Before we dive into the section about how to smoke a cigar let’s see what a cigar is and how it looks like:

As you see from the photo above, each part of the cigar has its own name and while such a simple thing to look at is actually quite interesting and takes a lot of practice and know how to make. At the back you have the head section followed by the cap. The foot is where the part you usually light up when you want to start smoking, also known as the filler. The entire body of the cigar is referred to as the barrel.

The basics of smoking cigars

Below see an infographic image explaining the basics of smoking a cigar in six simple steps:

1: Cut the cigar. Using a cutter slice the edge of the cup, notice that you don’t cut too much like most men. 1/8th should be enough.

2: Toast your foot. This is a little nice trick not many know. You want to light your lighter and get it close enough to heat the tobacco inside the foot of the cigar but not light it up. Hold the cigar at a 45 degree angle and rotate it slightly to make sure every side is heated.

3: Lighting the cigar. Now just hold the lighter below the foot but don’t let the fire touch the cigar. Let it heat up until it catches the flame and take a few puffs so the smoke enters your mouth ( no inhaling )

4: Try and make sure it is evenly lit. You don’t want just one half of the cigar on fire so it will burn in an uneven pase.

5: Smoke and enjoy. Usually people smoke cigars without inhaling. But it’s up to you.

6: When the ash reaches around 1 inch, gently tap the cigar above an ashtray to get rid of it. 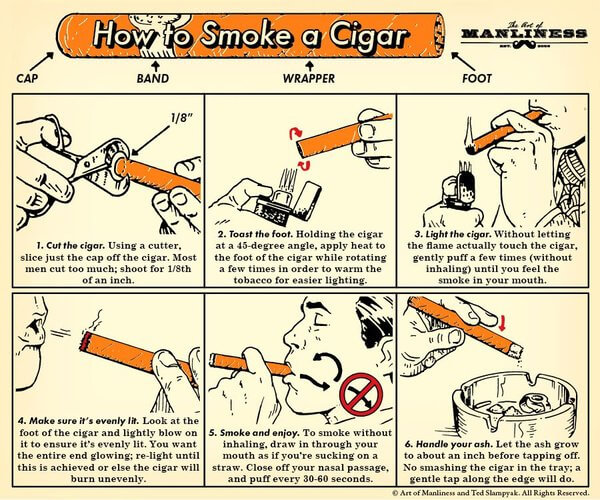 Now that we figured out how a cigar looks like, and how to smoke it, let’s move on to how to choose the right cigar.

How do you choose a cigar?

So basically to choose the right cigar for you there are a lot of things to consider. And the infographic below does a great job at walking you through the many options you have, so we won’t write them all here. But just as a basic knowledge, things like how much money you have to spend on a cigar, how smoky do you like it and how big do you want it to be are just a few things to consider, obviously, if you know anything about cigars or not is a major factor as well, take a look at the infographic below to learn more. Created by Grant David Anderson II – www.invertedeuphemism.com

If you made it this far, you already know how to smoke and how to choose the right cigar for you, so next let’s dive into the many types of cigars and what makes each one different.

Depending on your preference, you can smoke a thin cigar or a really thick and heavy one. Each one likes something else so it’s really up to you what to choose. 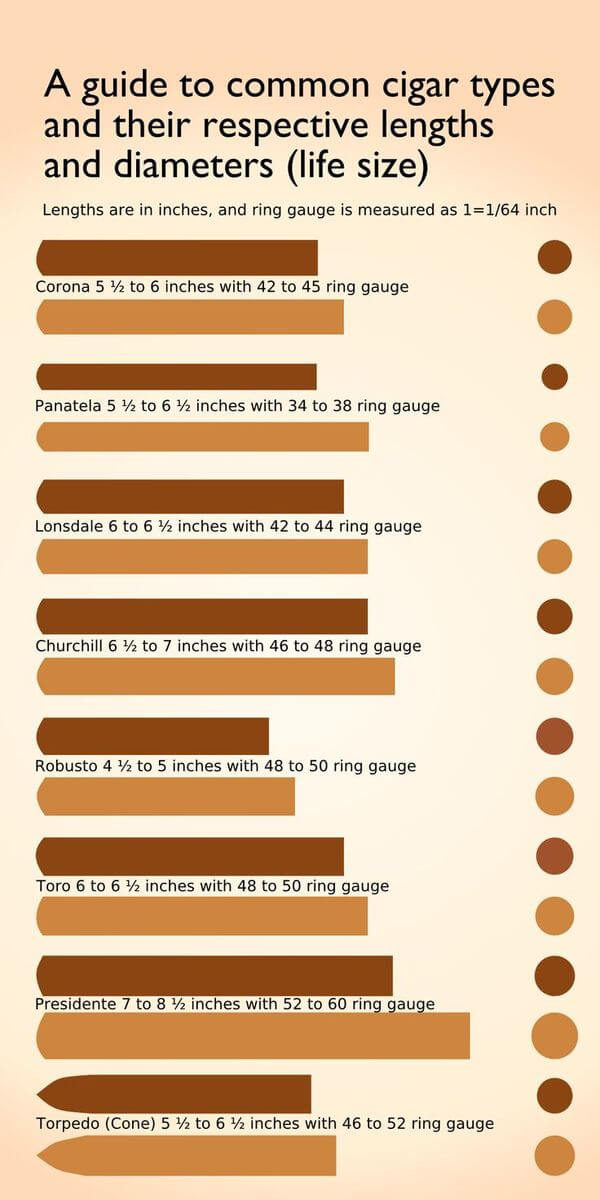 Last item on the article is the way you should handle your cigar, there are a certain way to smoke and hold that will make it both easier and simple for the whole experience.

How to handle your cigar

Below is a nice picture that will show you the many styles and techniques to smoke and handle your cigar. We think that after a while of smoking, one of these styles will come natural to you so try not to force it, it’s good to be knowledgeable but don’t try do to something that doesn’t come naturally to you. 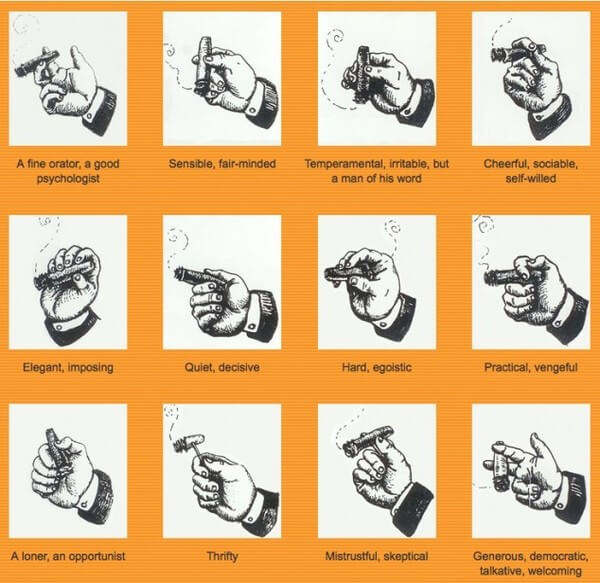 Here’s a video showing pretty much all that we covered above. Some info might be a little bit different, but the basics are the same

One Hospital Takes Mammal Care To The Next Level

One Hospital Takes Mammal Care To The Next Level