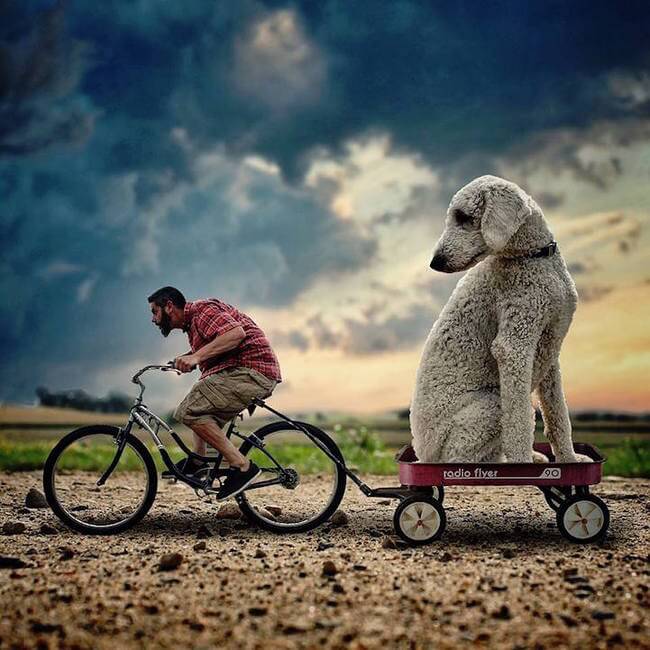 Meet Christopher Cline, a photographer from Minnesota and his best friend in the whole world, Juji. Christopher moved to Minnesota from his hometown Virginia a few years ago, and after a while in the new city he started to feel homesick and was warrying he is sliding down a depression path. Thats where his girlfriend took action and surprised him with a pet dog! ” I wasn’t exactly open to getting a dog, but I immediately fell in love with him. He has turned my life completely around and we are now absolutely inseparable. I have found a new outlook on life and in my artwork and I owe it all to him ”

One of the artworks Cline created was a clever photo series of him and Juji out having adventures together, the catch is that he photoshopped his dog to be a giant! ” I just wanted to share a little of our adventures together ” Christopher says, he also says he wanted the photos to have a ” kids book feel  “. No matter if it’s being lazy on the couch or out running in the park, Juji and Christopher sure have fun. Check out the photos below 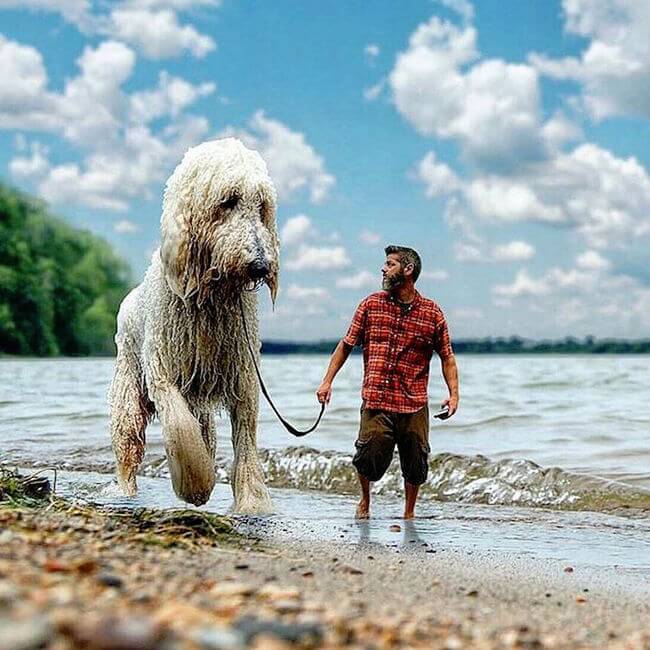 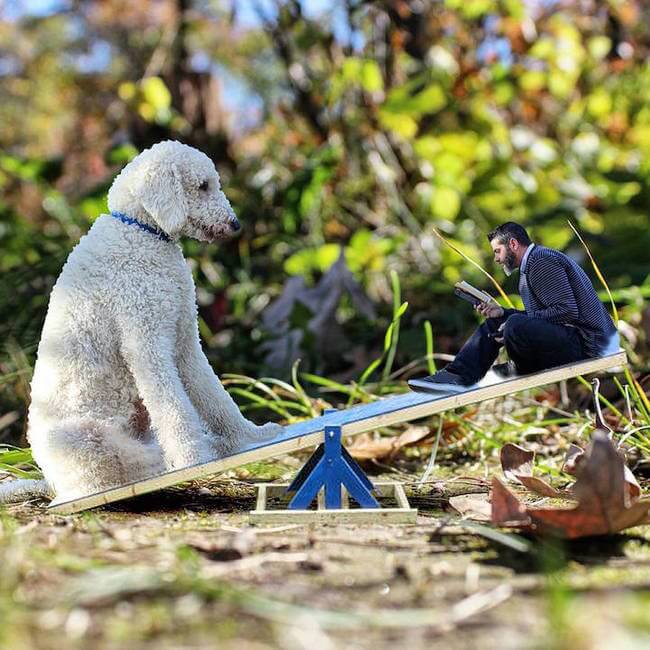 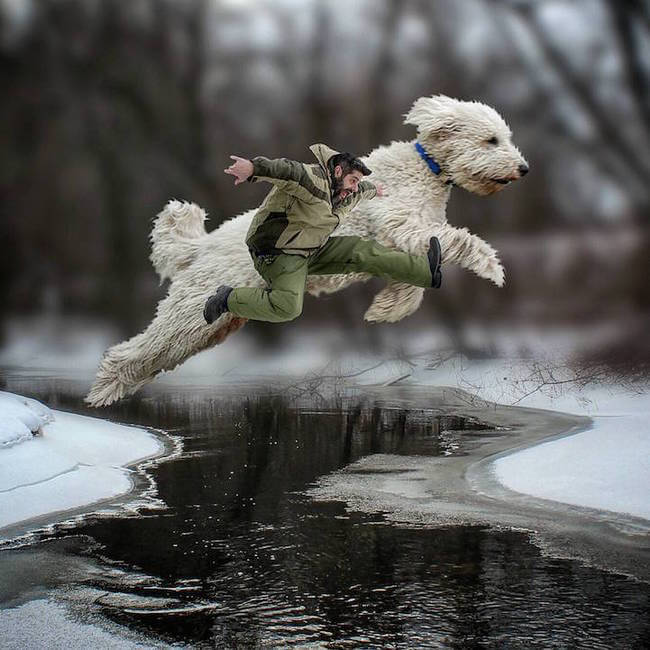 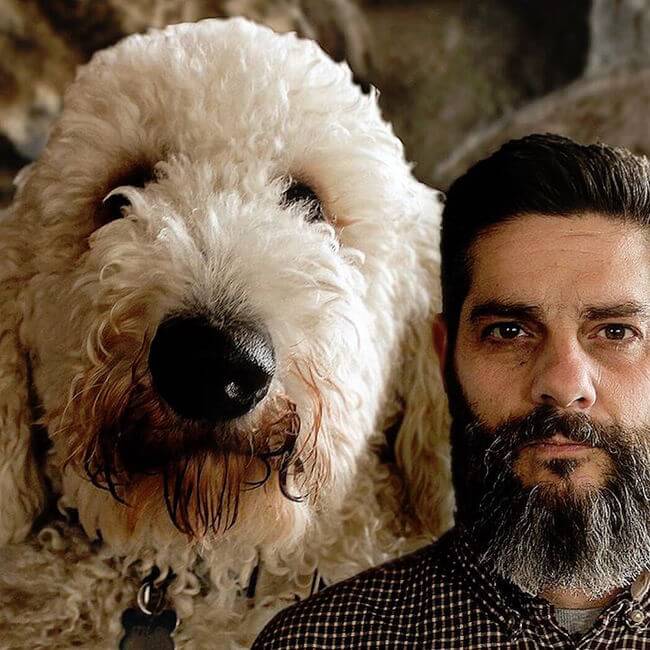 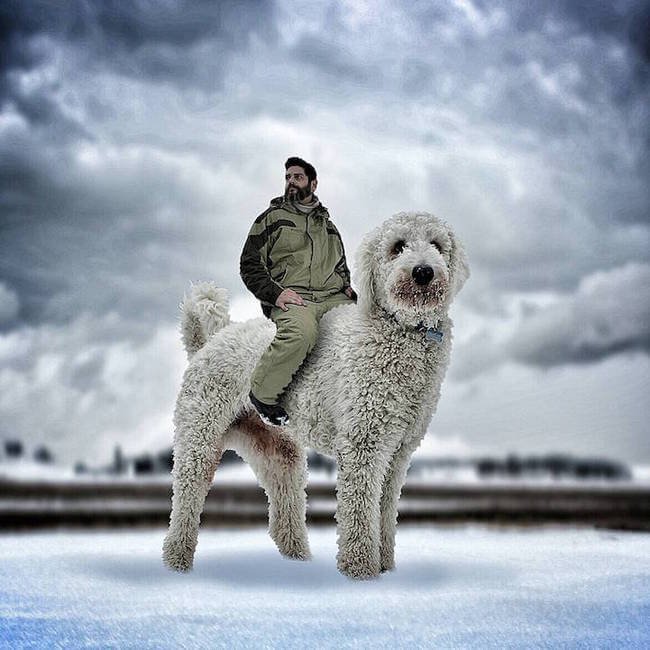 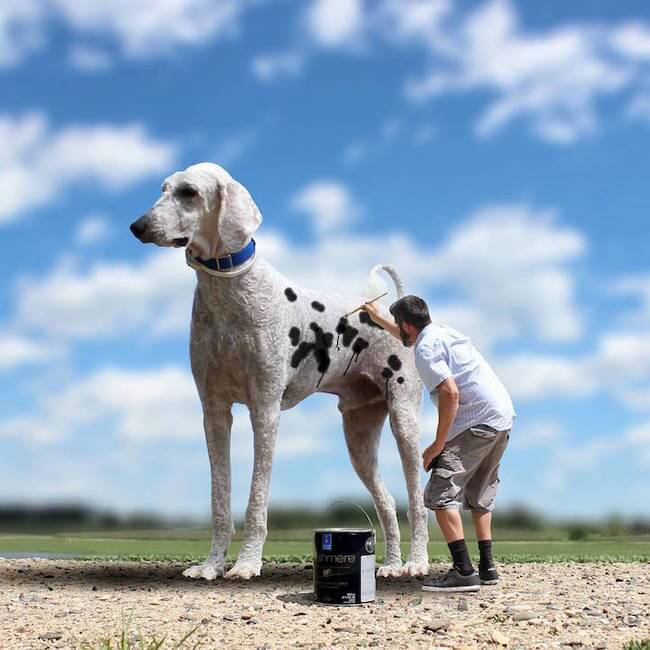 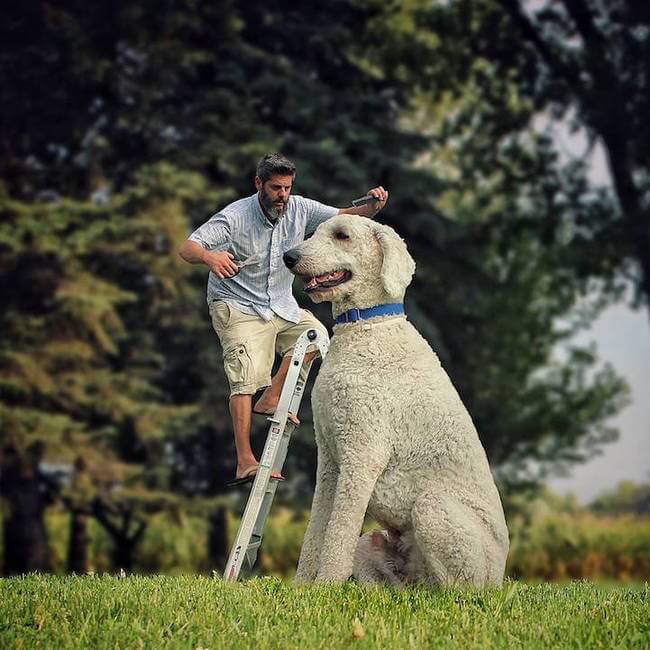 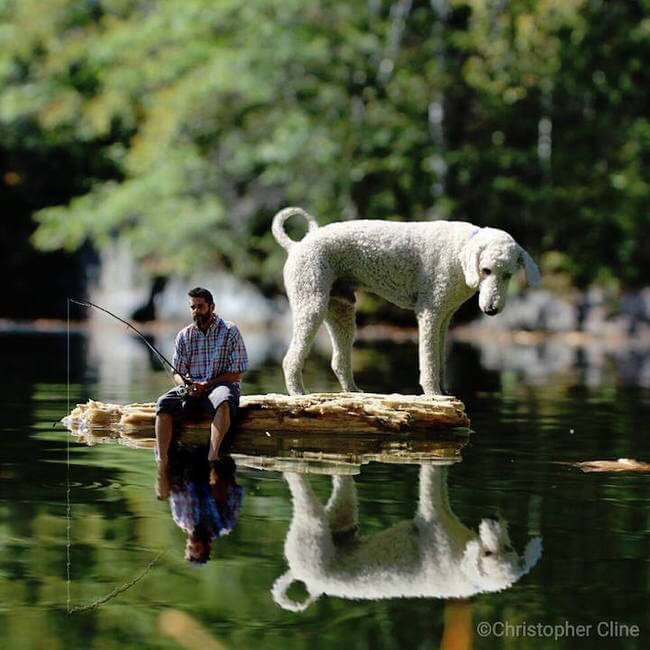 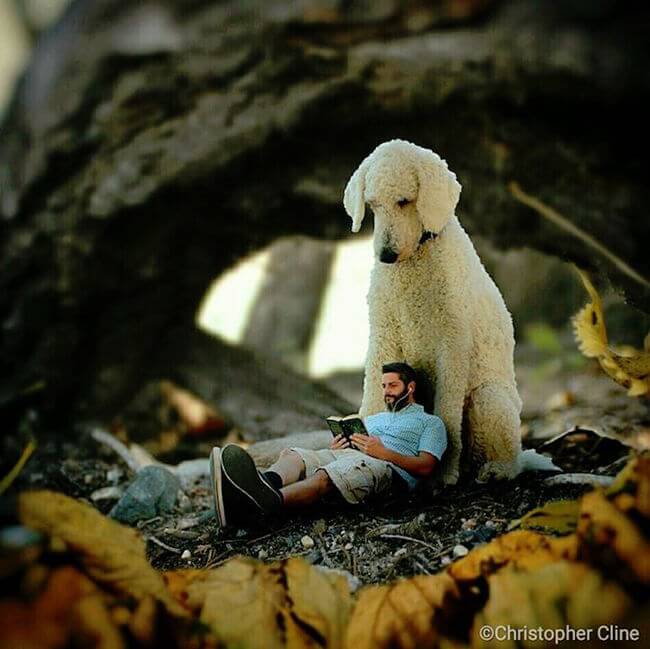 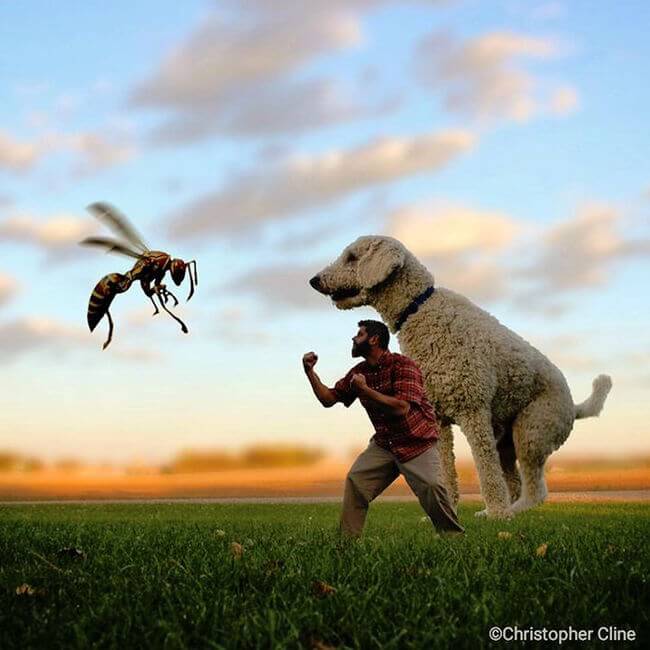 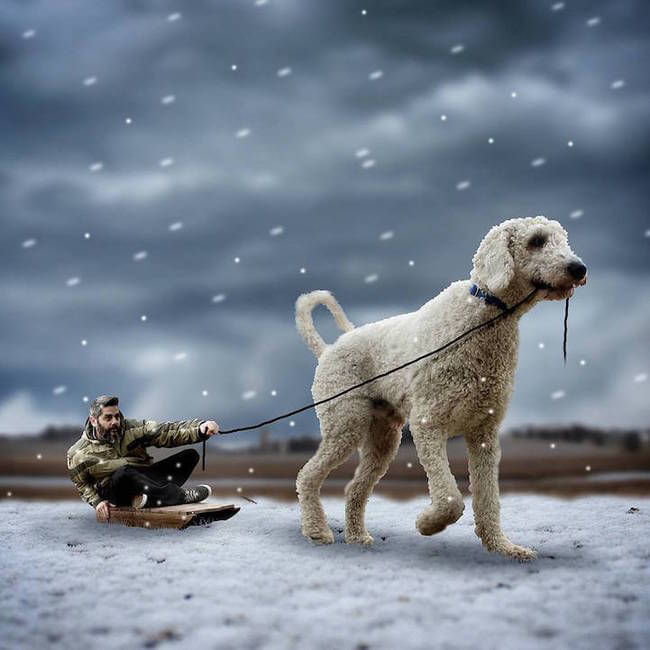 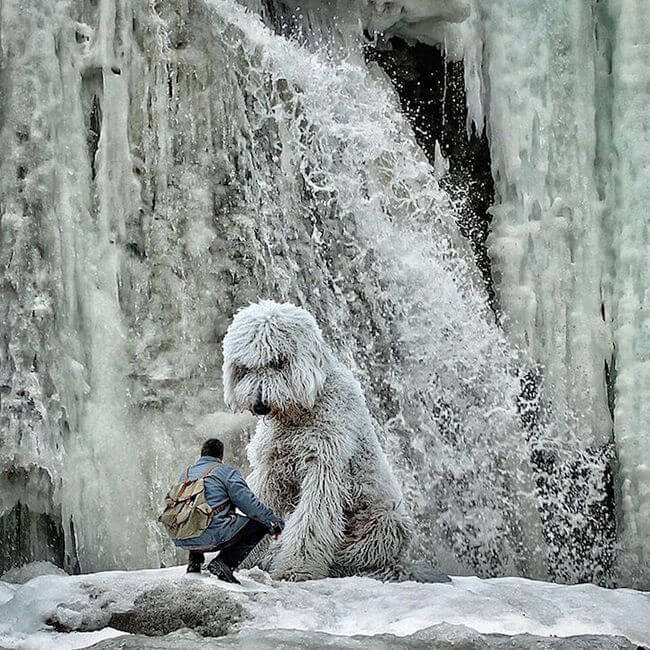 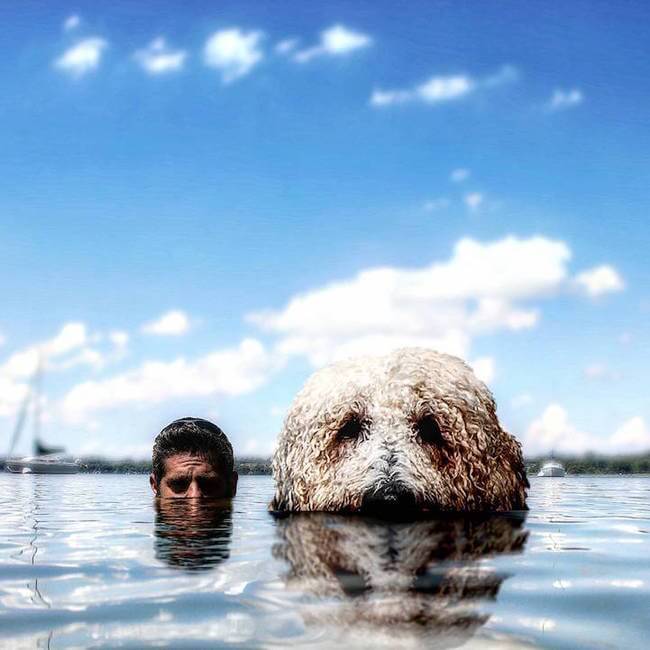 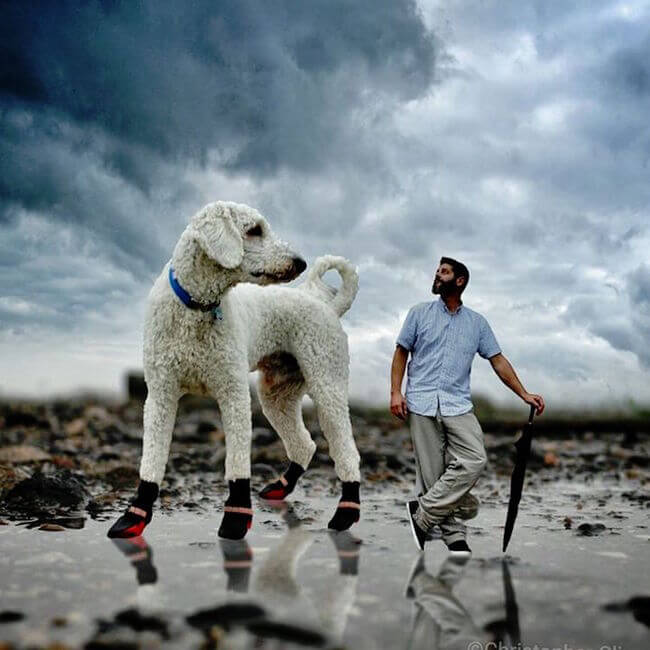 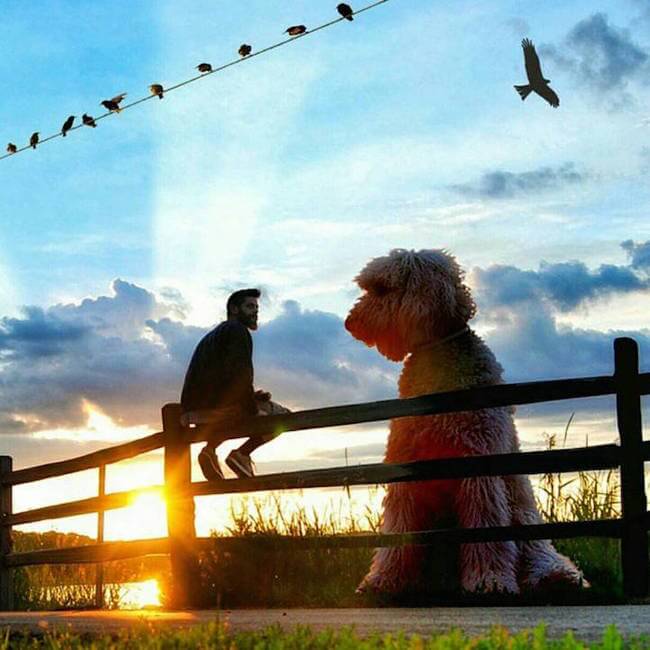 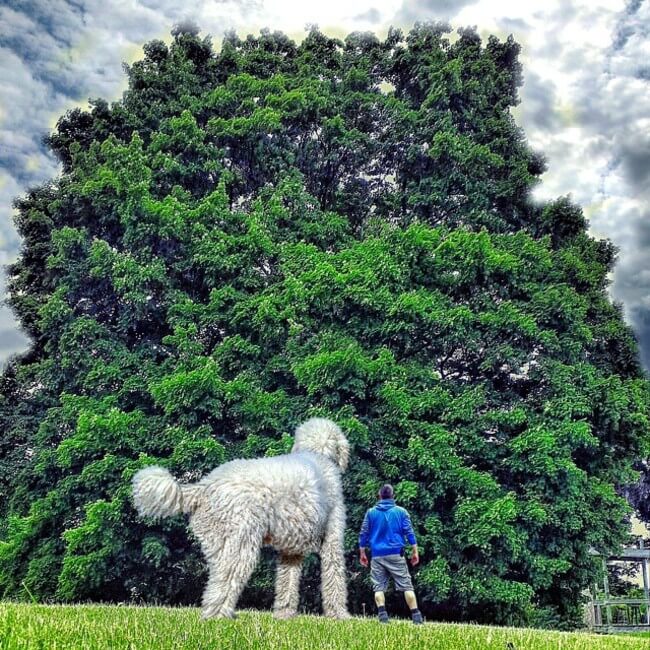 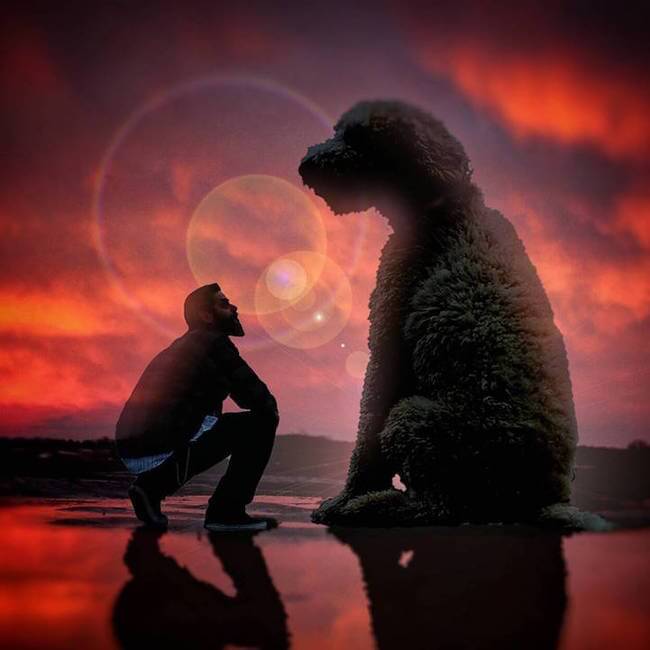 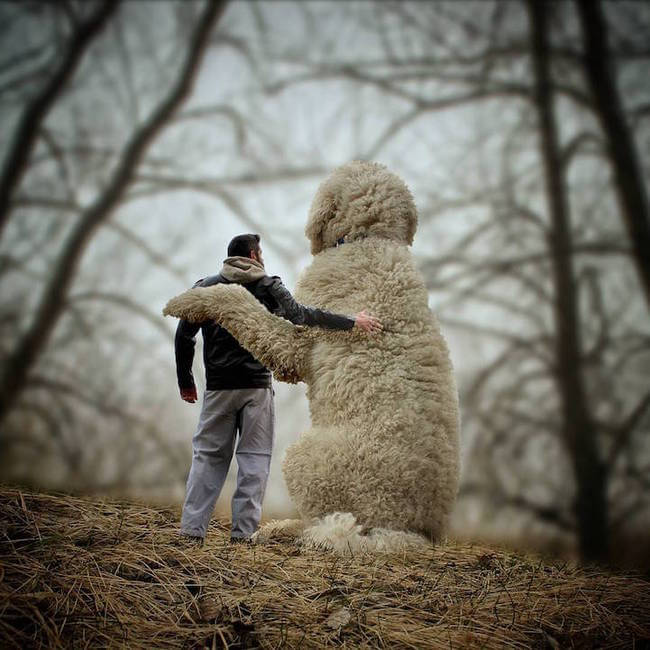 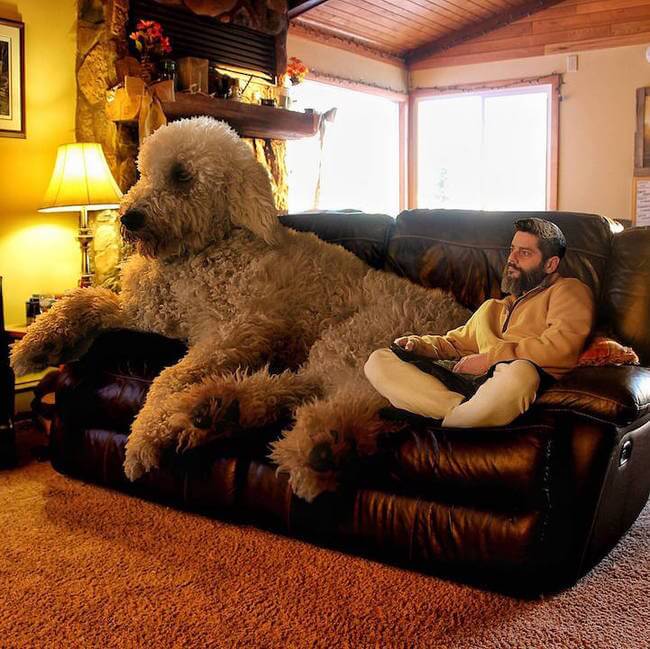 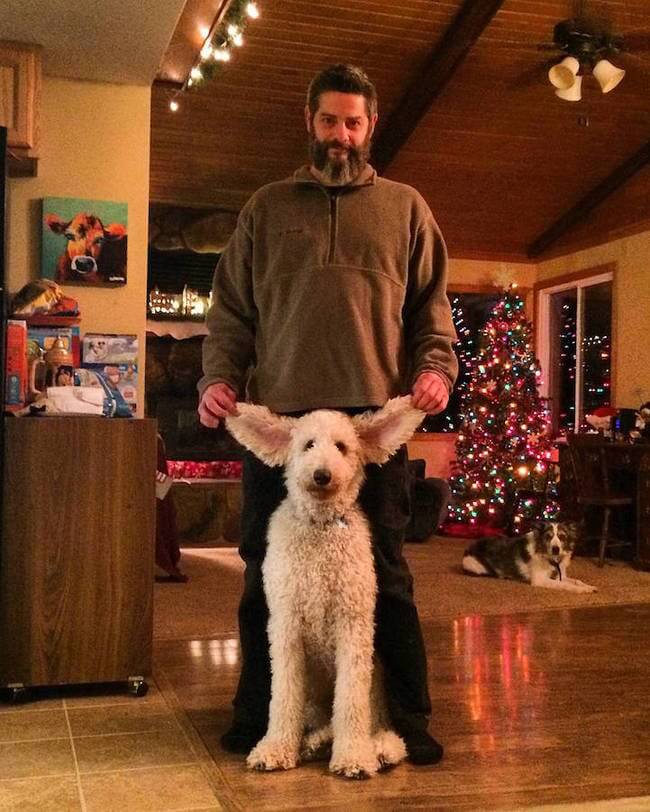 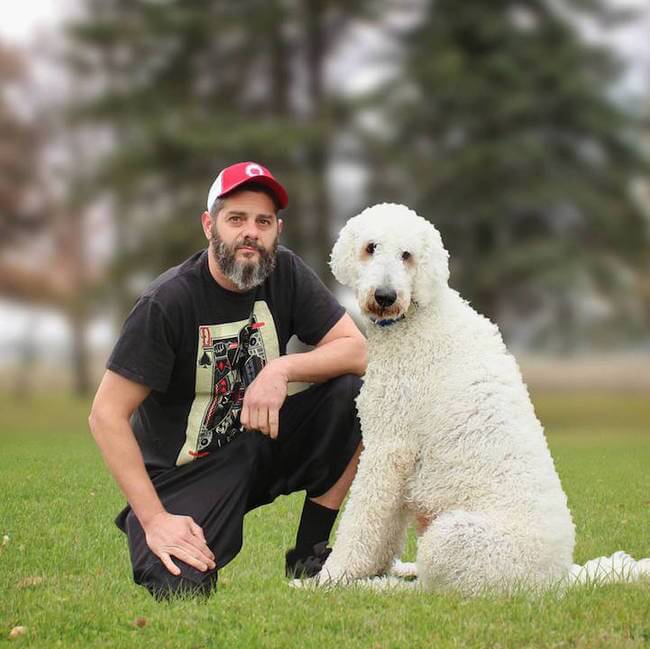