Puppies are amazing. Dogs in general are amazing. But if you thought that they were as amazing as they could be, you haven’t seen this dog sleep.

Shinjiro Ono is the owner of a Shiba Inu, named Maru. The thing that is amazingly hilarious about Maru, is that he has a stuffed animal as a best friend. The stuffed animal is a polar bear, and the similarities are uncanny! Even better, Maru likes to take his polar bear with him to the places he sleeps. 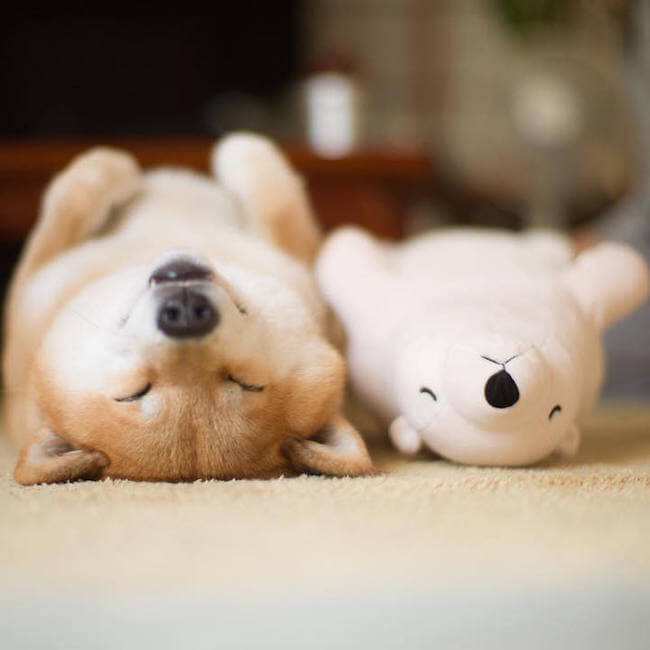 The black nose, plush fur, and black-rimmed eyes make for a hilarious match, made in doggy heaven. The final punchline of this story is: Maru falls asleep in the same exact position as his stuffed polar bear. Luckily for us, Shinjiro Ono has taken it upon himself to photograph this hilarious sleeping arrangement. 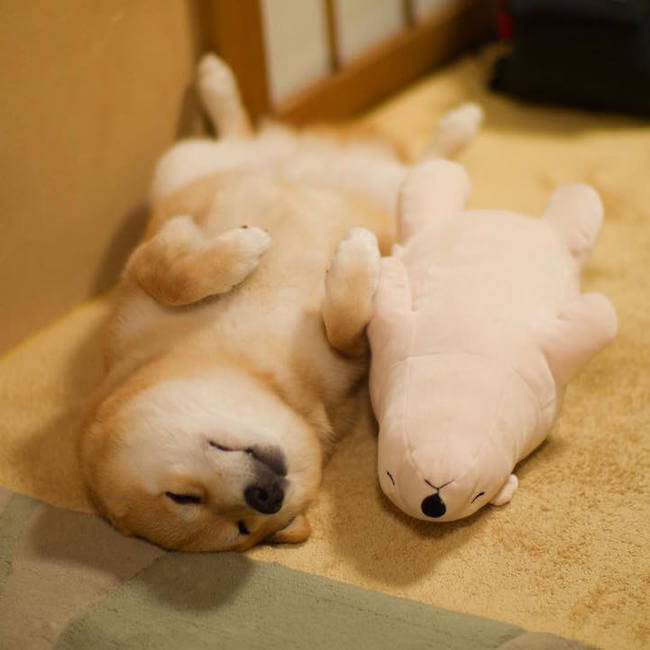 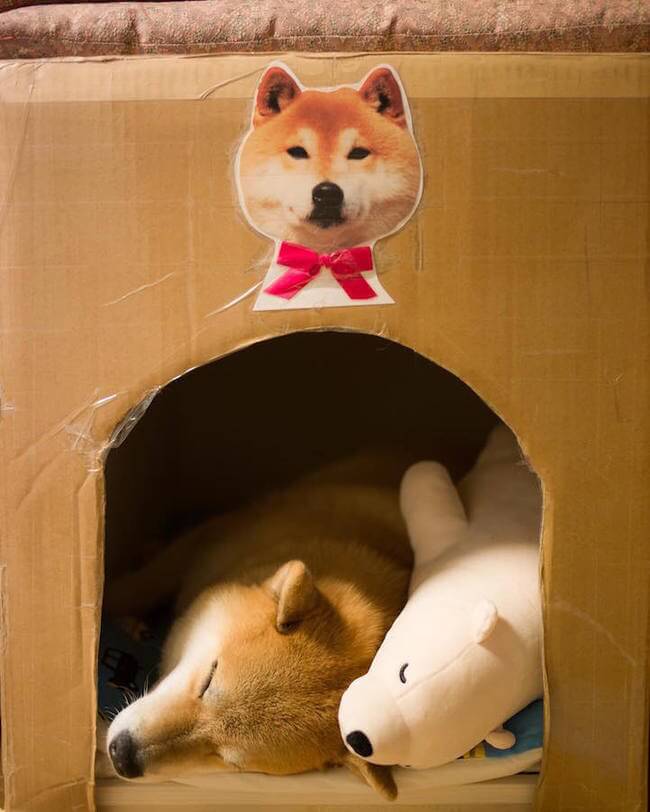 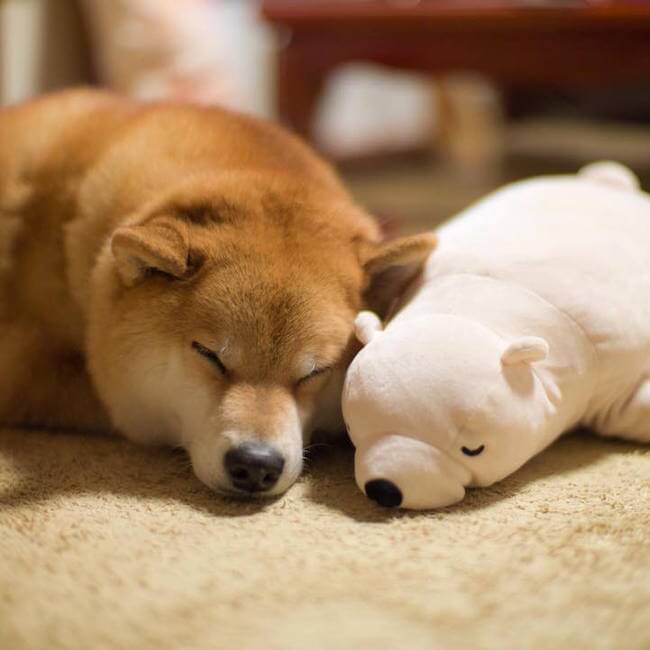 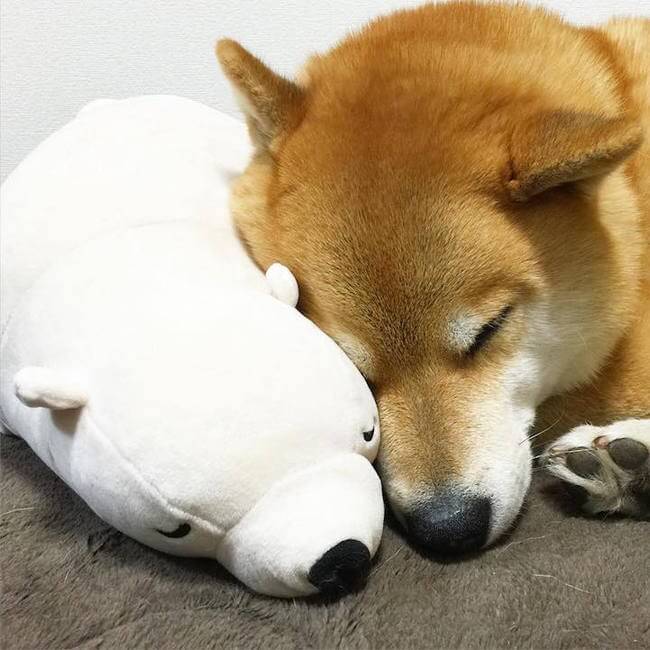 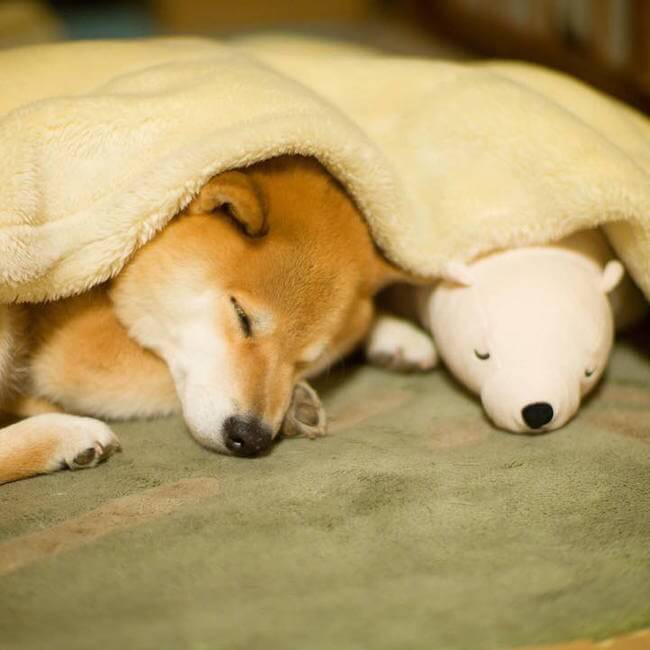 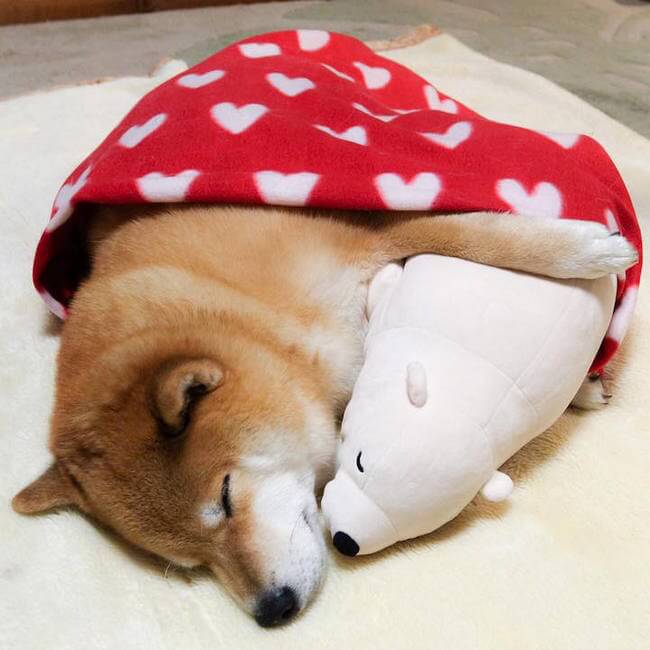 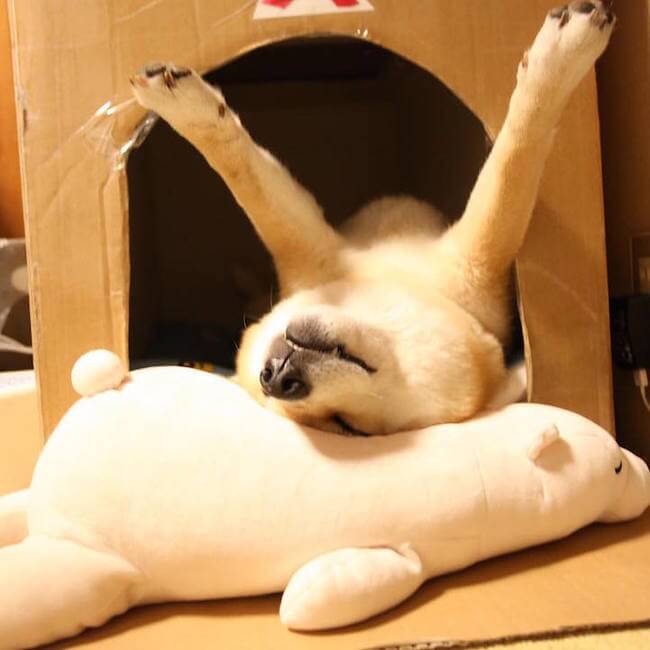 Abandoned Puppy Adopted By a Monkey Who Feeds And Protect Him

Abandoned Puppy Adopted By a Monkey Who Feeds And Protect Him