Ash Wednesday Memes for Catholic Teens and Young in Spirit

by Ramona Kab
in Memes, Uncategorized
0

Have you ever noticed that once a year, there are more people walking around with ash smudges on their foreheads? You may have even deciphered the shape of some of those marks: a cross. While many people are familiar with this practice and the religious observance of Lent, some might not know why cross-shaped ashes are so important for Christians and Catholics everywhere. This is known as Ash Wednesday, and internet of course have memes for it. 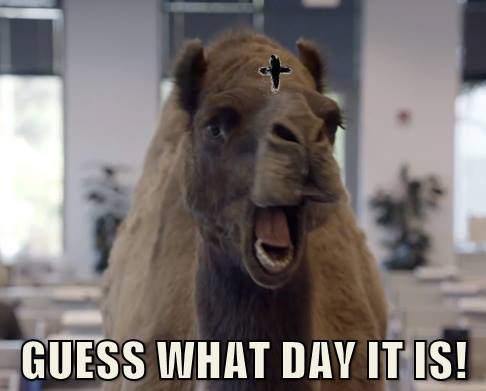 Of course, no event, religious or not, escapes without being made fun of for some reason. This is why we’ve compiled a list of the best Ash Wednesday memes on the internet for your entertainment.

But before we get to the funny stuff, it might help to learn more about this religious observance so that the memes make more sense.

Ash Wednesday is an event that marks the beginning of a Catholic and Christian observance called Lent. It is a 40-day period that involves prayer, fasting, and almsgiving in preparation for the symbolic resurrection of Jesus Christ on Easter Sunday. The 40 days represent Jesus’ time of temptation in the wilderness, where he practiced fasting as Satan tempted him. Similarly, Christians and Catholics give up something for Lent, similar to Jesus’ fasting. This allows believers to focus on Christ’s ministry, sacrifice, and resurrection.

What happens during Ash Wednesday? What does it mean?

During the mass or worship service, the pastor or priest usually shares a more reflective sermon. The mood is usually very solemn during Ash Wednesday services.

In one part of the church service, there is a passage that requires responses from the congregation. The leader reads this aloud, followed by verbal responses from churchgoers. Attendees will also go through communal confession, silent prayer, and individual confessions.

Once this is done, everyone will be invited to the front to receive ashes on their foreheads. Priests and pastors typically dip their fingers into the ashes and say, “From dust, you come, and to dust, you shall return,” as they spread them in a cross pattern on the forehead.

Where do the ashes come from? What do they symbolize?

The ashes used during Ash Wednesday come from the burnt palm branches from the previous Palm Sunday. On this Sunday, palm branches are handed out to churchgoers and blessed. These branches represent the Gospels’ account of Jesus Christ entering Jerusalem, where people lay palm branches on his path.

What is not allowed on Ash Wednesday?

Different rules and practices of Lent have been observed over the years. What is still allowed and prohibited during this time may vary depending on several factors, such as varying cultural norms. Eastern churches in the early centuries observe strict fasting, which is still true in some places today. They often followed just one meal a day in the evening. Food such as meat, eggs, fish, wine, oil, dairy products, and butter were prohibited.

In the West, fasting rules are more relaxed. Some people give up meat on weekdays except Friday. Others choose to fast differently by giving up vices or something pleasurable that they enjoy.

Like anything else, even the holy church has potential for great memes and a bit of humor. Now that you know enough about Ash Wednesday, let’s get on with the memes!

1. There are different “styles” that priests and pastors use when marking people’s foreheads with ashes, from blob-shaped crosses to Rorschach-looking ones. 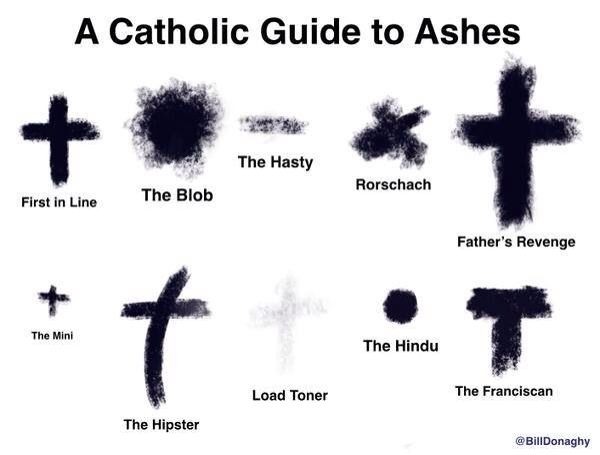 2. It can be hard for some to give up meat on Ash Wednesday and during Lent, so why not give up food entirely? 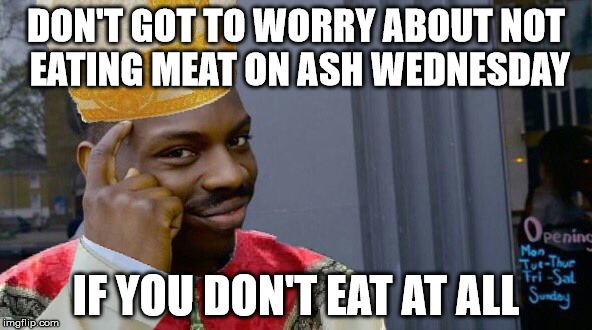 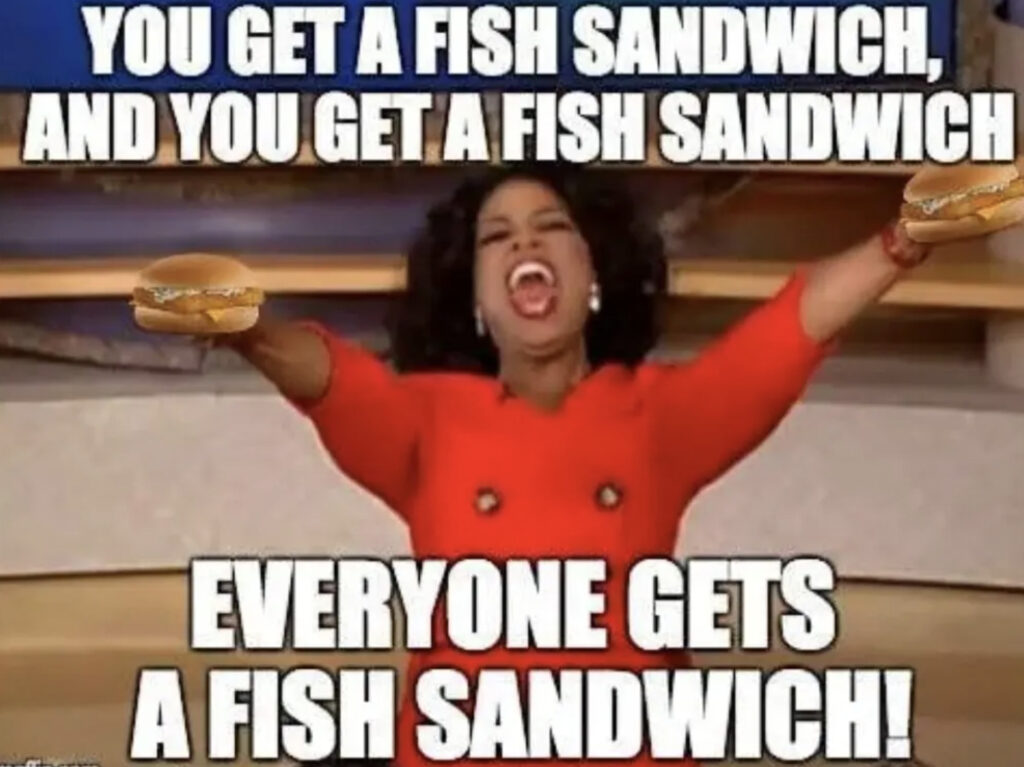 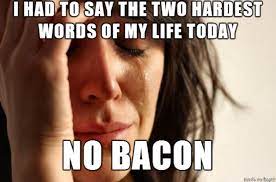 5. Sometimes, priests and pastors have to spell things out for us before we realize the truth about who we are. 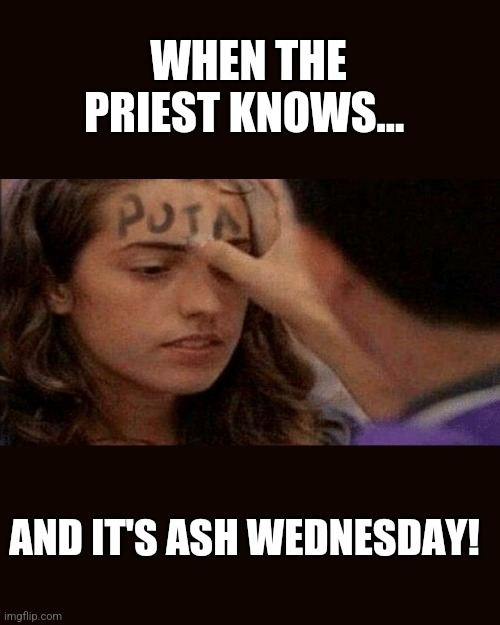 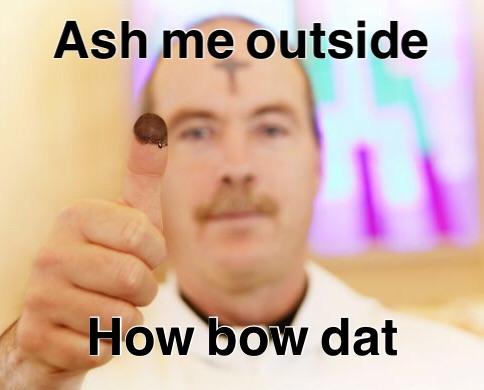 7. The legendary actor has an equally iconic accent, and it perfectly fits this religious observance! 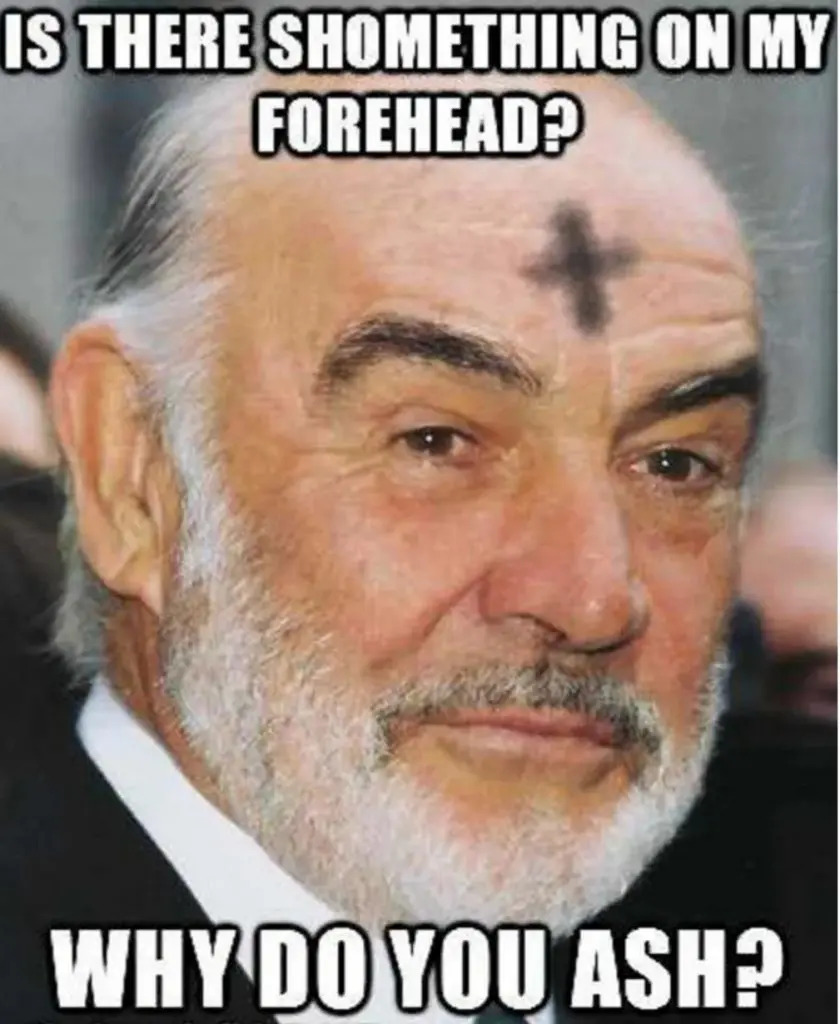 8. Unfortunately, some people use the ashes on their foreheads to show their piety, even if this might not be the case. 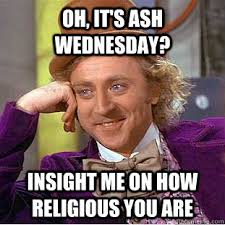 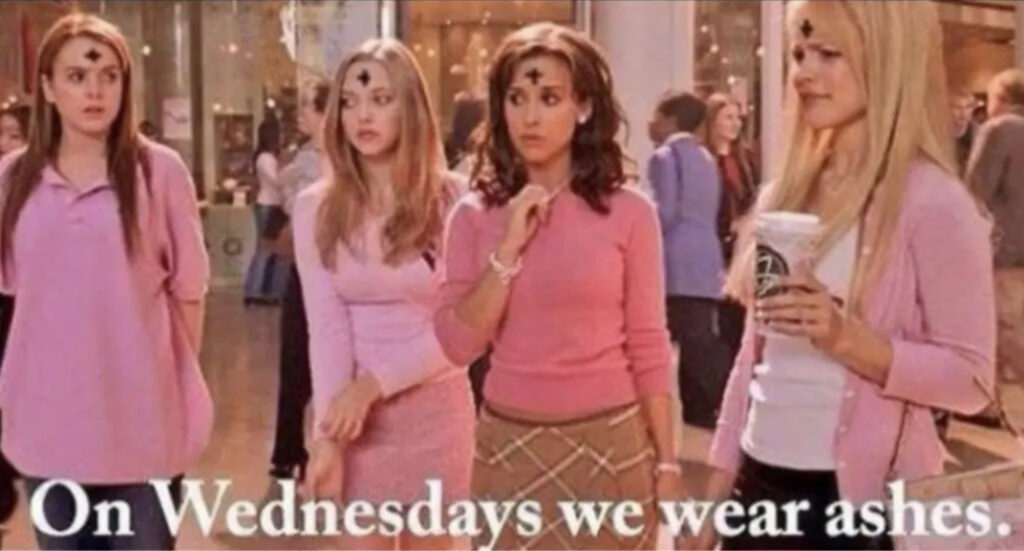 10. It Looks like Sister Roberta is talking about a different set of ashes on Wednesdays! 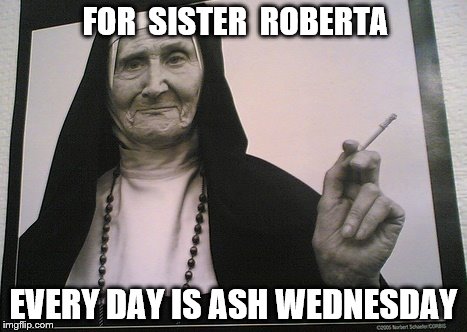 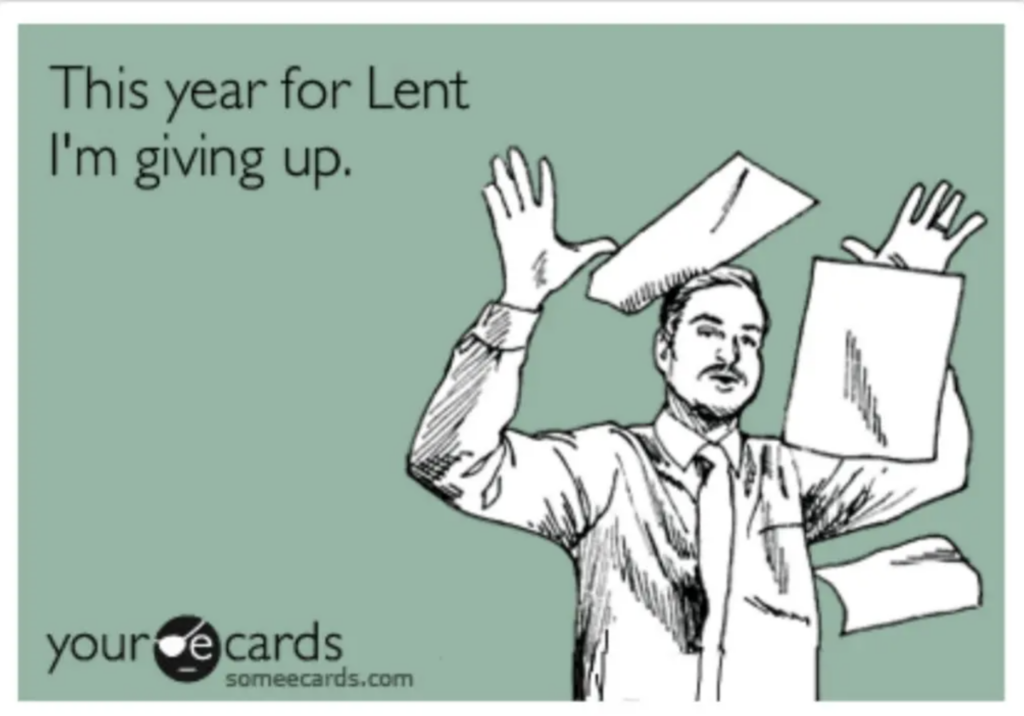 12. When you get a nice thick and dark cross spread on your forehead: 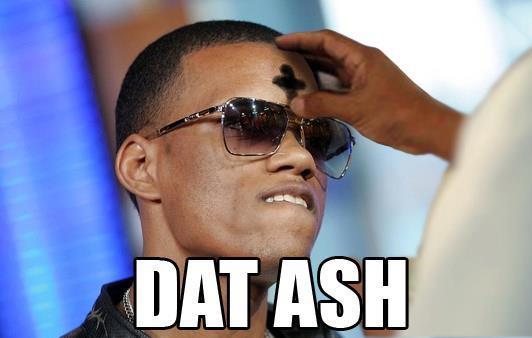 13. It’s a win-win when your ashes resemble a cross! 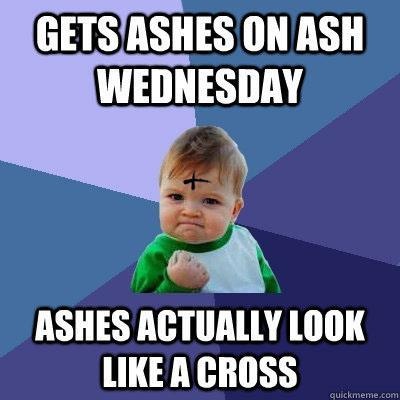 14. It looks like the priest sensed that this little guy needed to repent and reflect on his sins, whatever they may be! 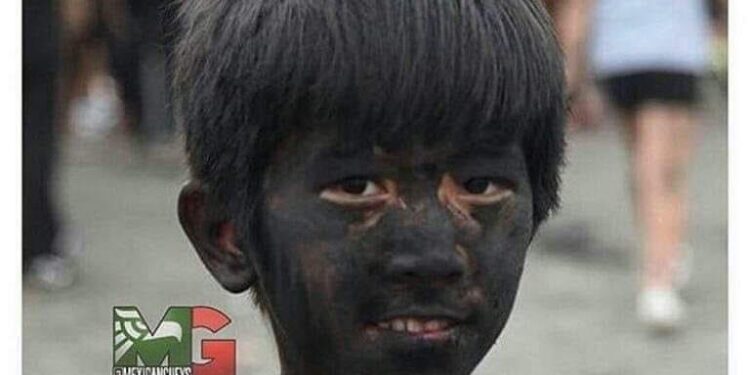 15. Who said the church had no sense of humor? Now get your ash in church! 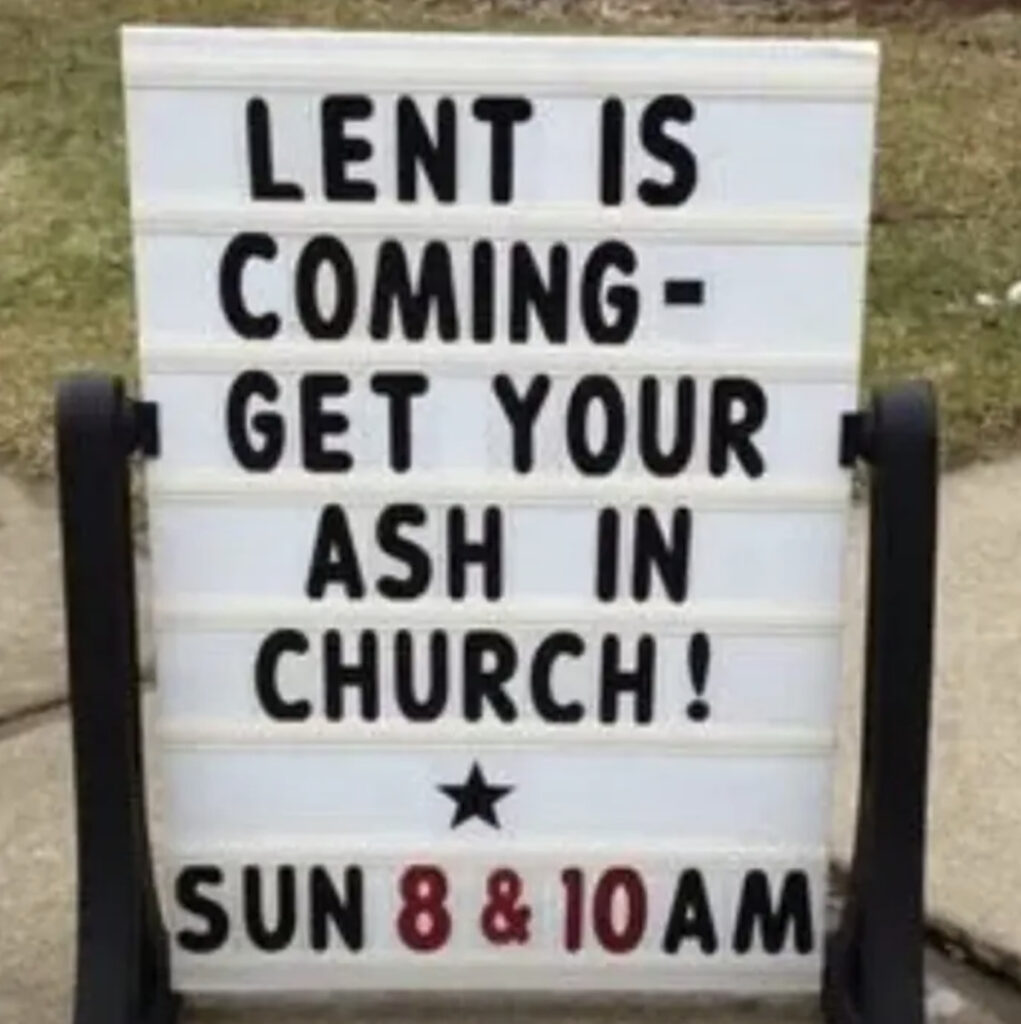 16. Again, if you’re unsure what to give up for Lent, the easy answer is to just give up entirely. 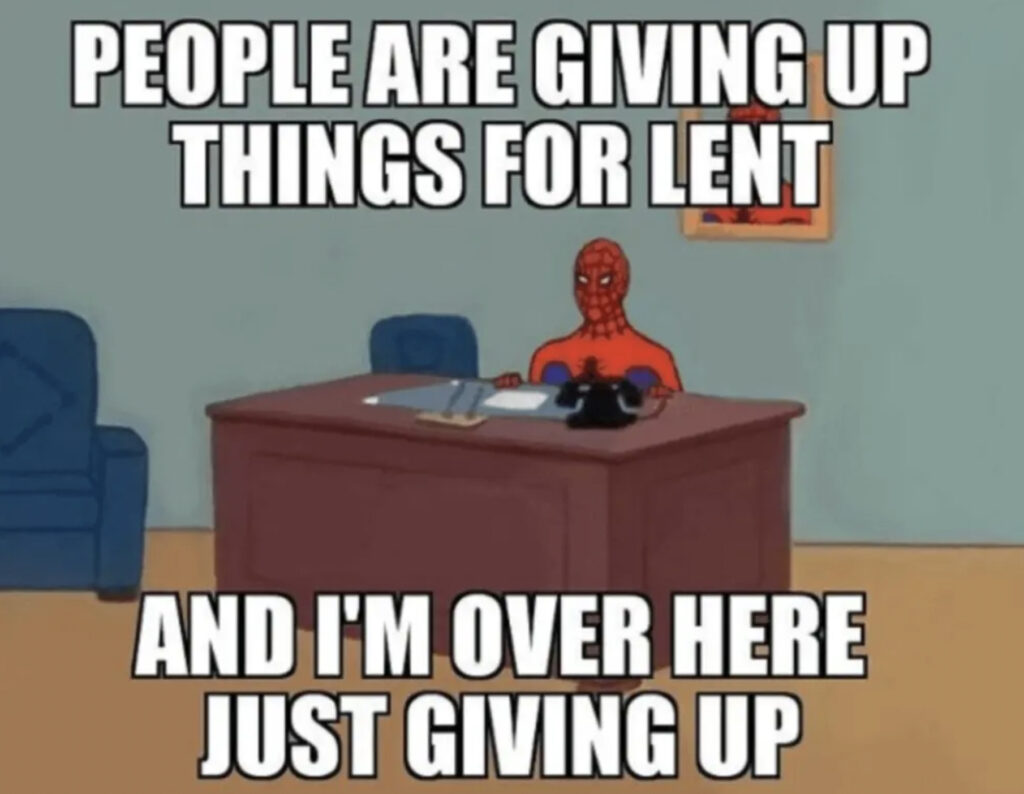 17. Ash from Pokémon sure is happy that there’s a Christian holiday called Ash Wednesday! 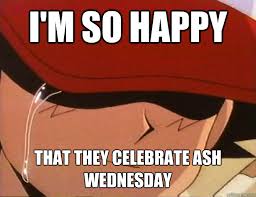 18. Another Ash that is more than happy to celebrate Ash Wednesday — Ash from “The Evil Dead!” 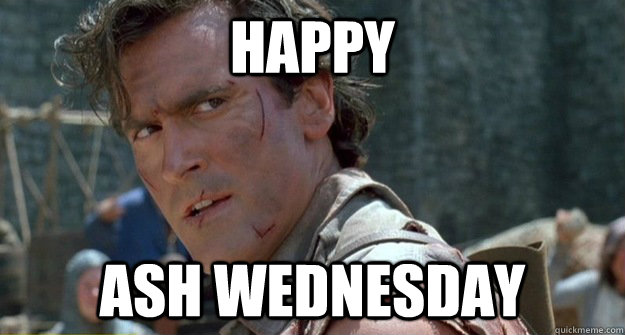 19. Thanos would know all about returning people to dust, wouldn’t he? 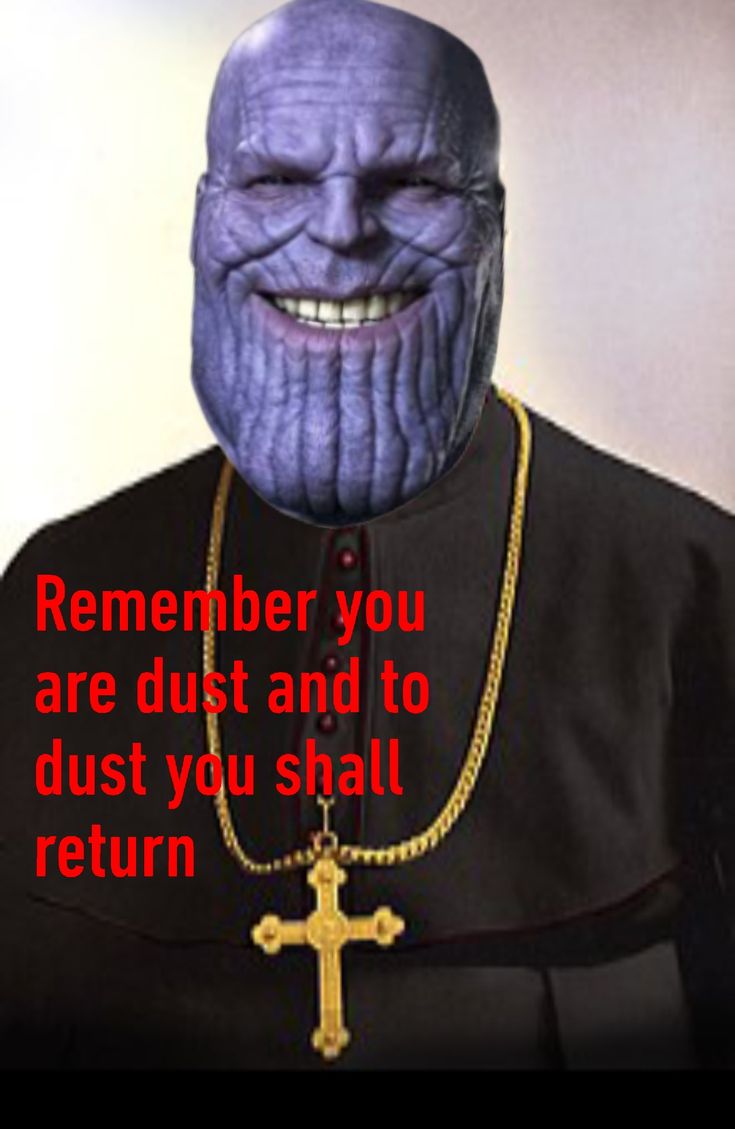 20. How will people know I’m religious? Of course, makeup solves everything. 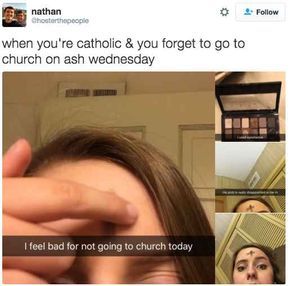 21. All sorts of characters emerge during the Lenten season, but one of the best is the person who stuffs their faces full of food before starting their fast — HILARIOUS! 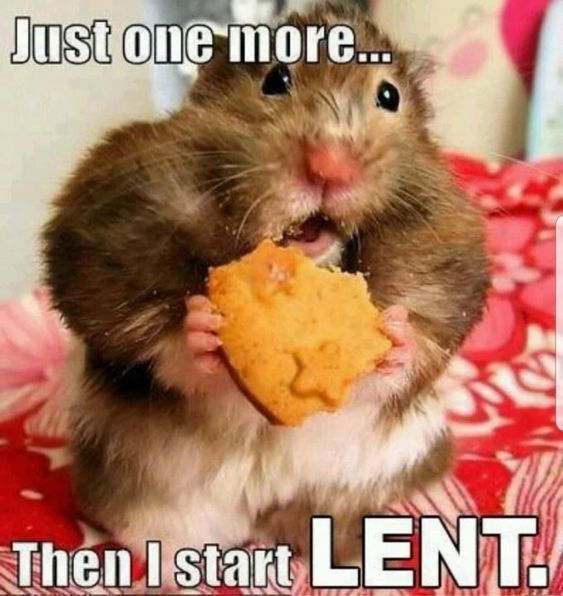 22. What do you add to a social media post taken and posted on Ash Wednesday? An #ashtag. 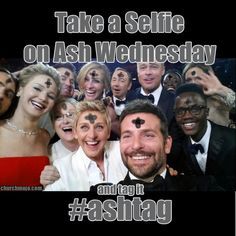 23. It isn’t hard to know when it’s Ash Wednesday — you’ll see everybody wearing it on their foreheads! 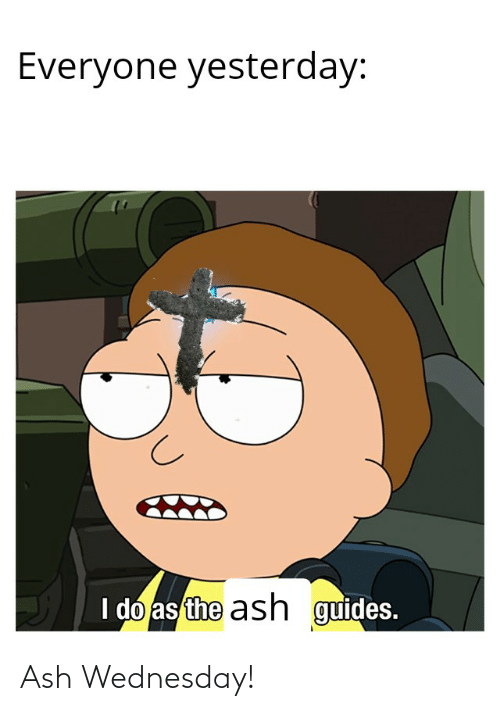 24. Sometimes, there’s just so much ash that it feels like this meme: 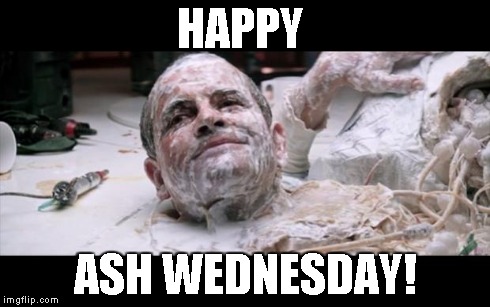 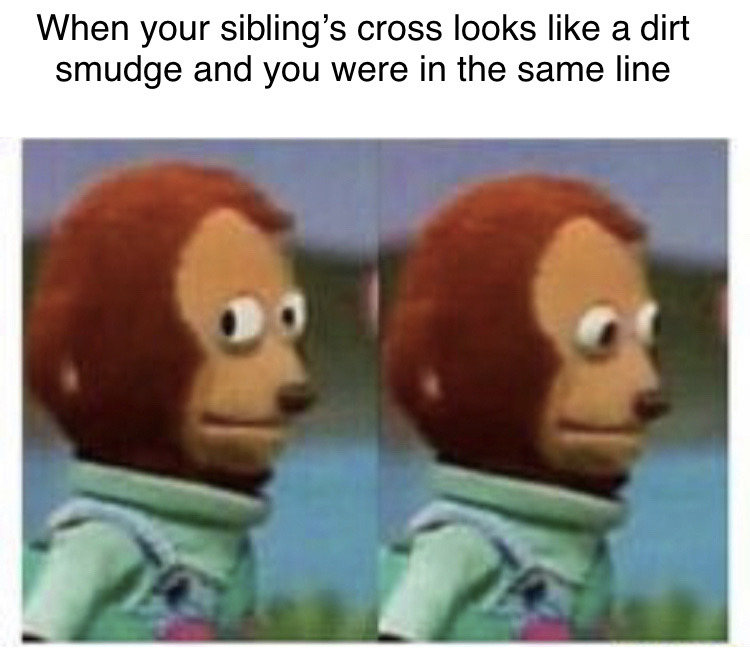 26. Sometimes, we can’t help but look at foreheads on Ash Wednesday. Don’t blame us! 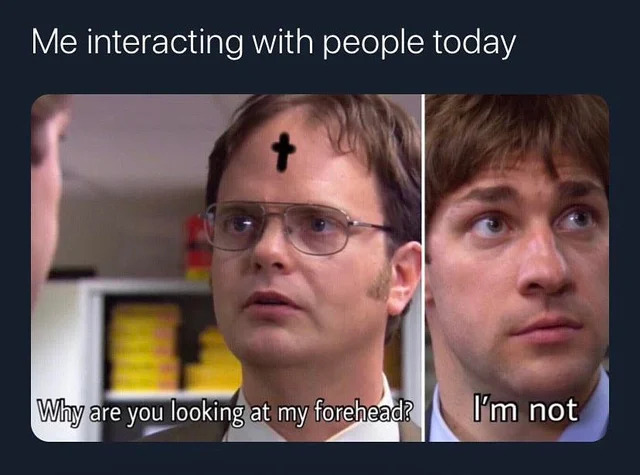 If you enjoyed these Ash Wednesday memes, don’t forget to check out more of our funny stuff!

Profile pictures. They're one of the first things people see when looking at our social media accounts. Naturally, we would...