20 Oldest Color Photographs in the world

If you’re really passionate about history and our world, then looking on a color photograph from the year 1913 can bring shivers down your spine. Yes, you can see those people’s faces and clothes, you can look in the souls, try to guess what they’re feeling, you can even breathe the air of that far-away period. These 20 oldest color photographs in the world will help you do just that. You can look upon Paris at the beginning of the First World War, you can smell the flowers from a Parisian flower street vendor and stare for hours at the red Moulin Rouge from 1914.

Some 100 years ago, frock-coats were a thing and dresses were a little bit different from what you’re used to seeing today. Most of these people perished, but their face and soul seems imprinted in these wonderful photographs. Roads and historic buildings might have been destroyed, but they can be re-born through these incredible old colo photographs. Yes, most of the pictures from the 1900s are black and white, but there were some people ahead of their times, like the Lumiere Brothers who tried their hands at color photography. Using dyed grains of potato starch and light-sensitive emulsion, they were able to create vivid photographs without any post-additional colorization. Of course, the costs and difficulties of production were huge at that time; still, that didn’t stop the Lumiere Brothers and that is why we still remember them to this day.  So, until the revolutionizing Kodachrome was introduced by Kodak, in 1935, we were still able to look at the world through the “colorized lenses” of the precursors of cinematography. We think you shouldn’t waste any more time and scroll down for the 20 of the oldest color photographs in the world. They will conquer you, both artistically and emotionally! 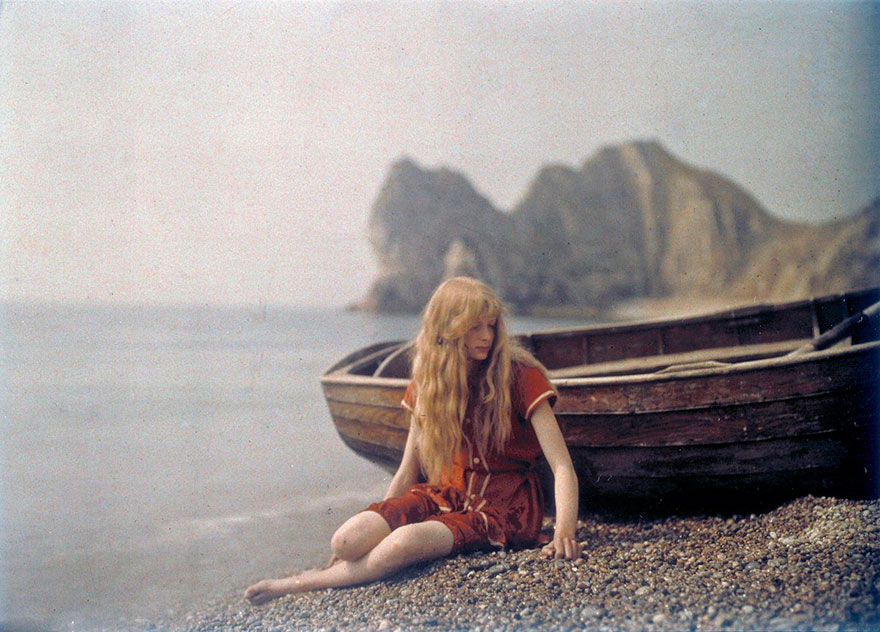 2. Sisters Sitting In A Garden Tying Roses Together, 1911 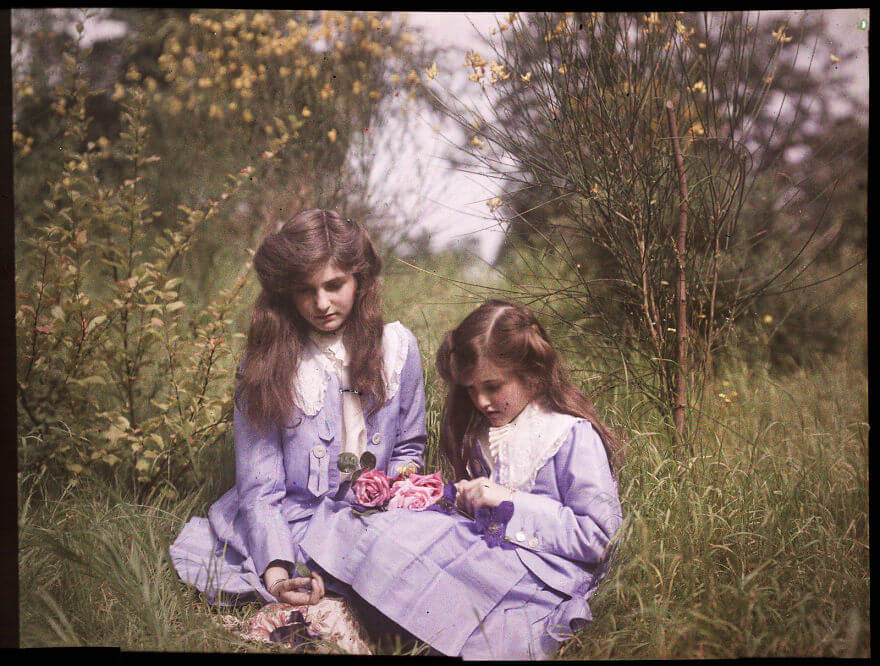 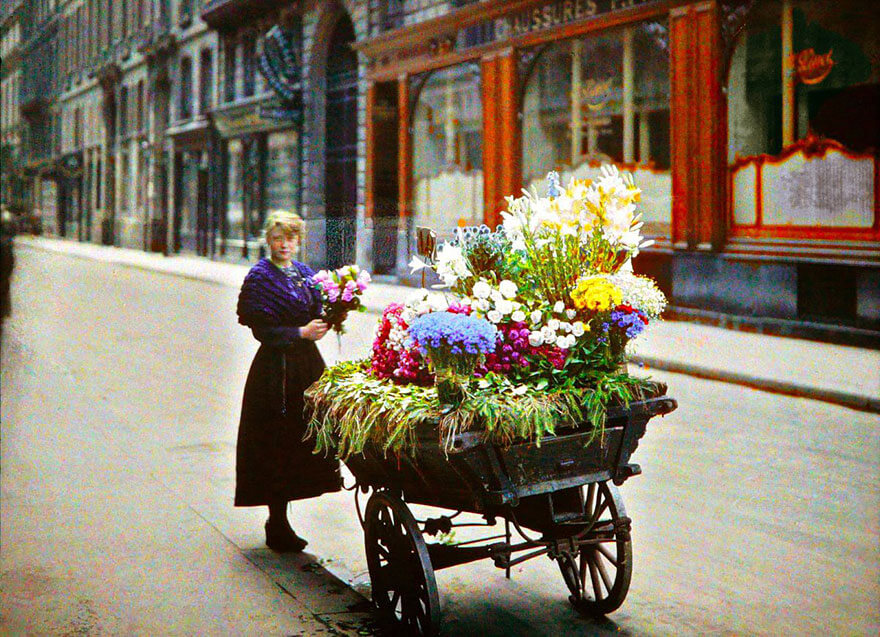 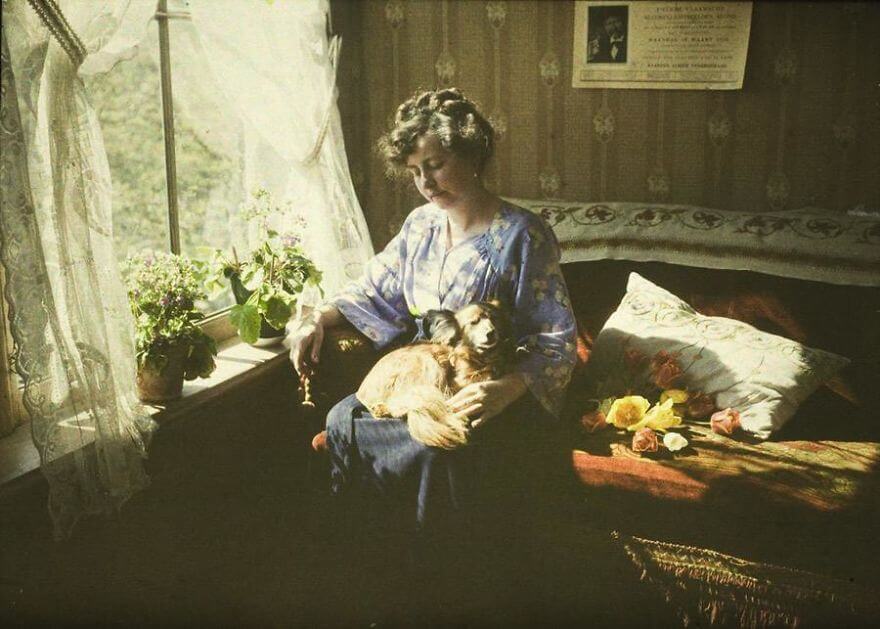 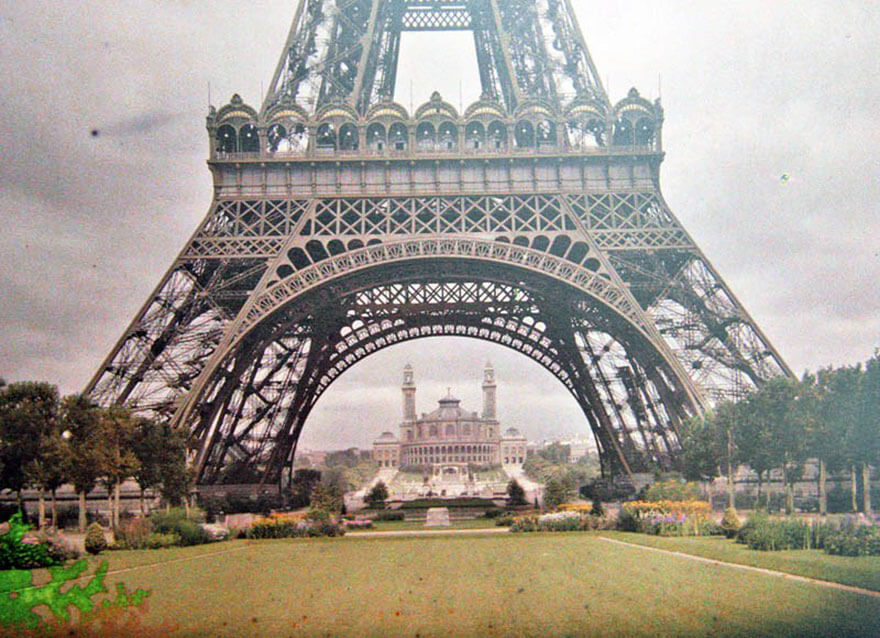 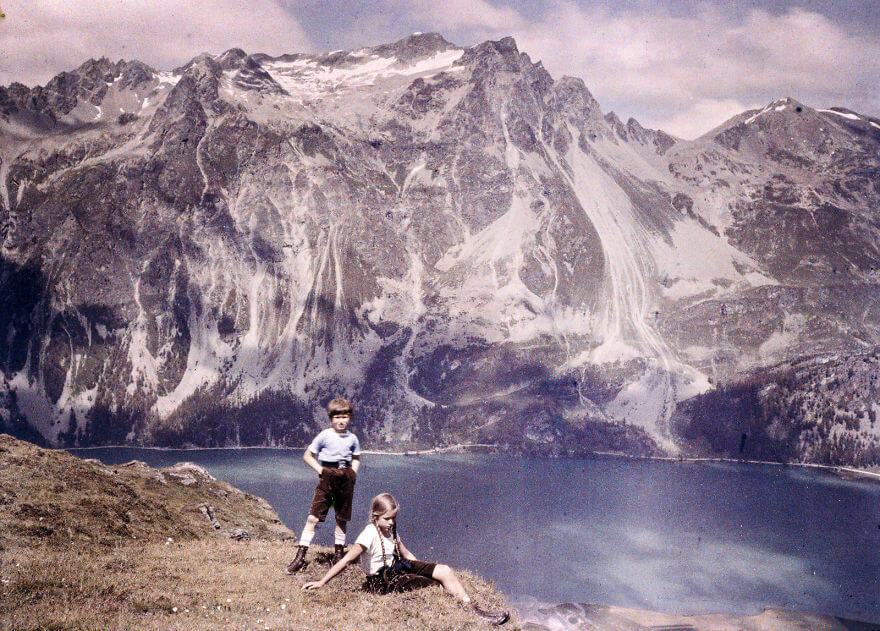 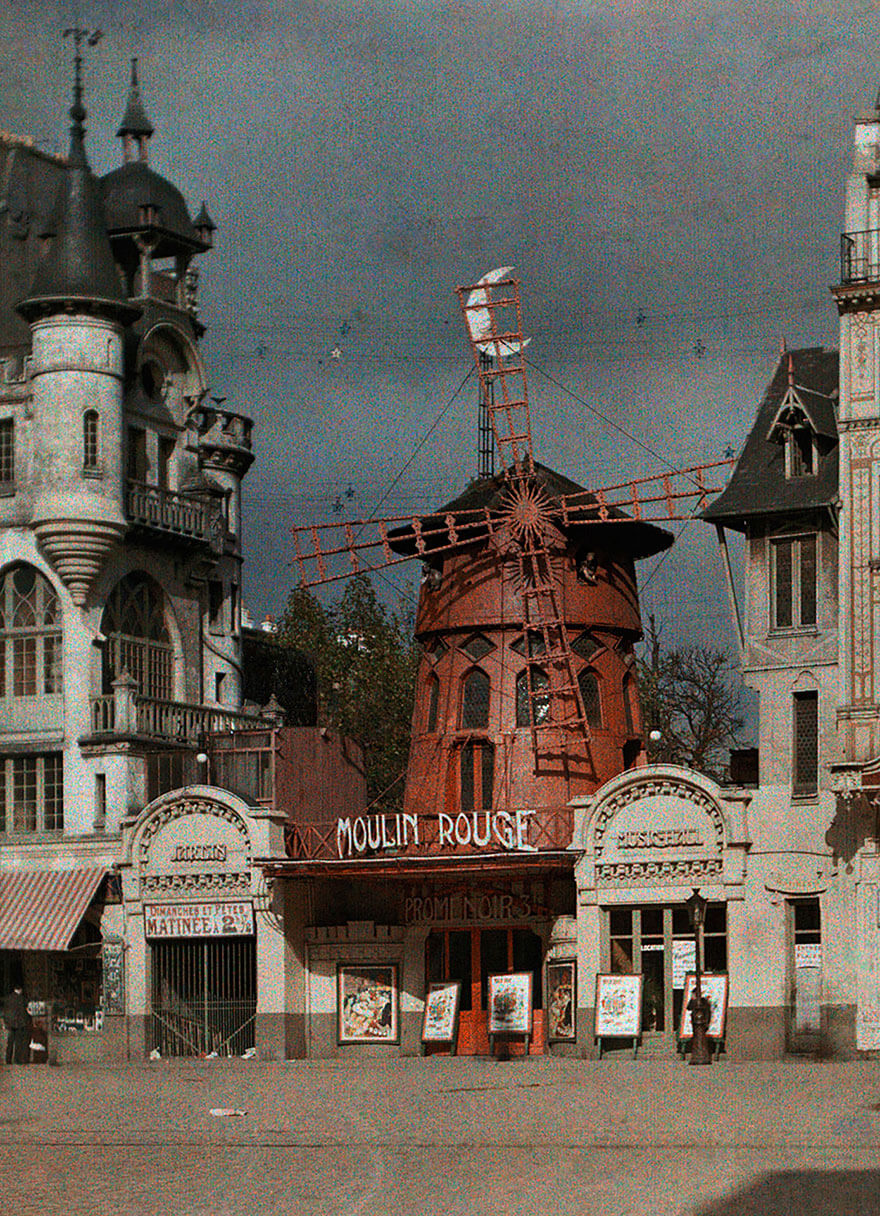 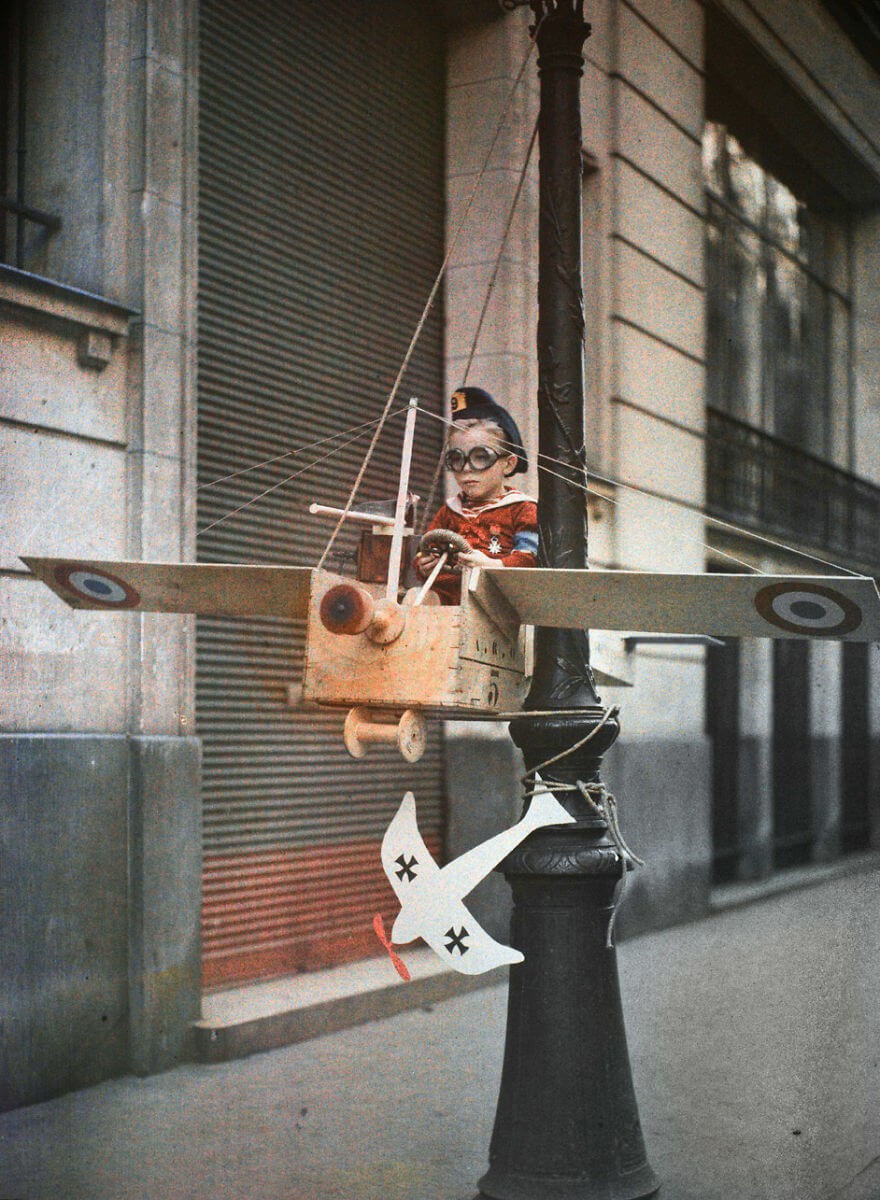 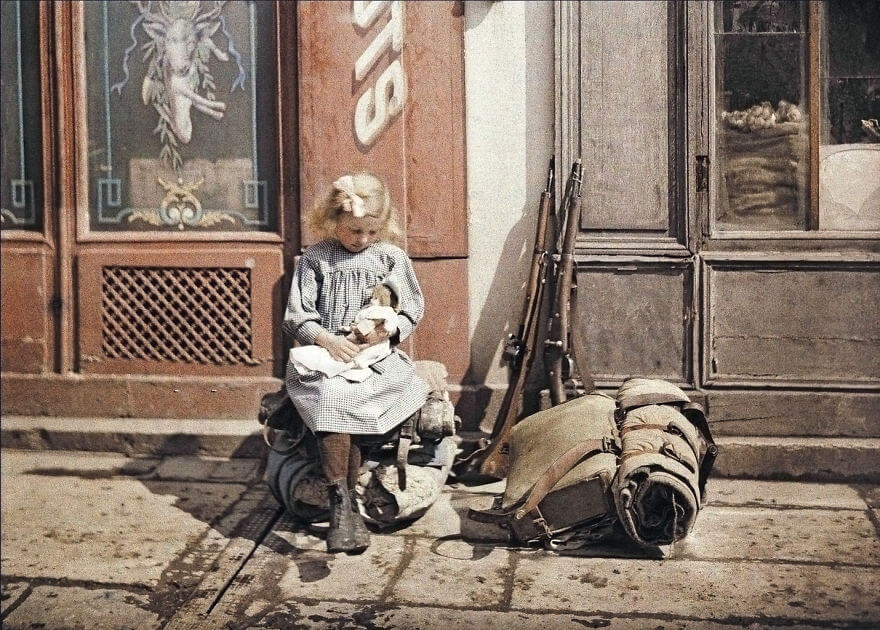 10.  Among The First Coloured Pictures Ever Taken By Louis Lumière, 1907 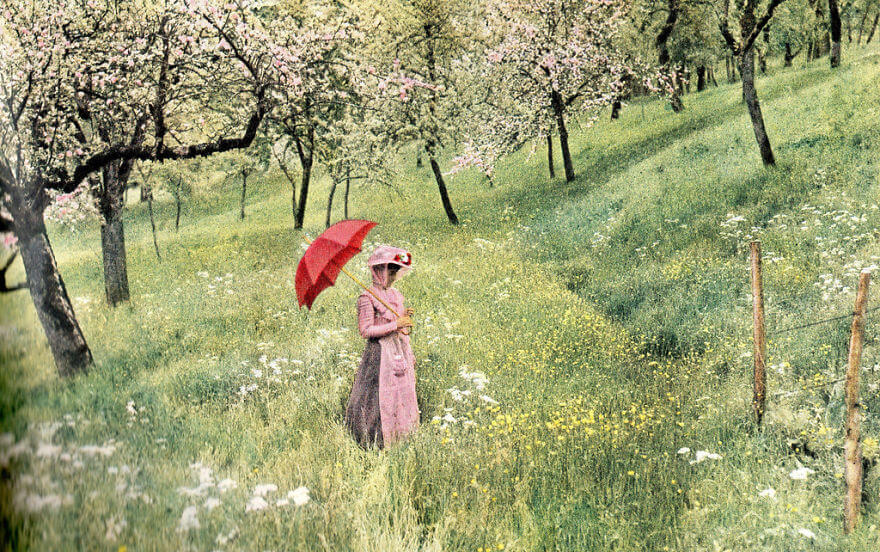 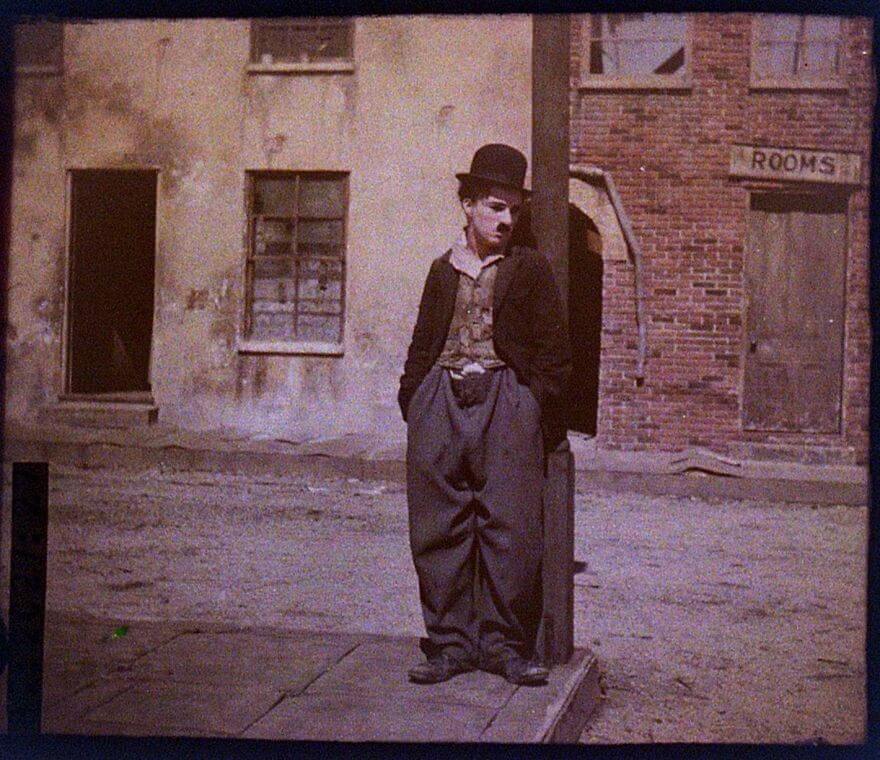 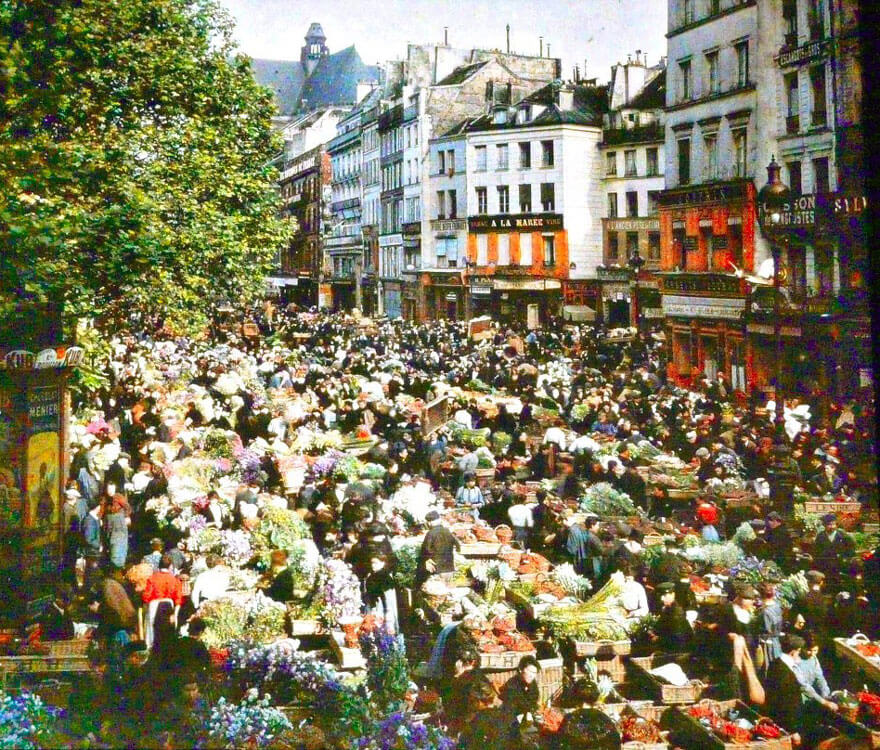 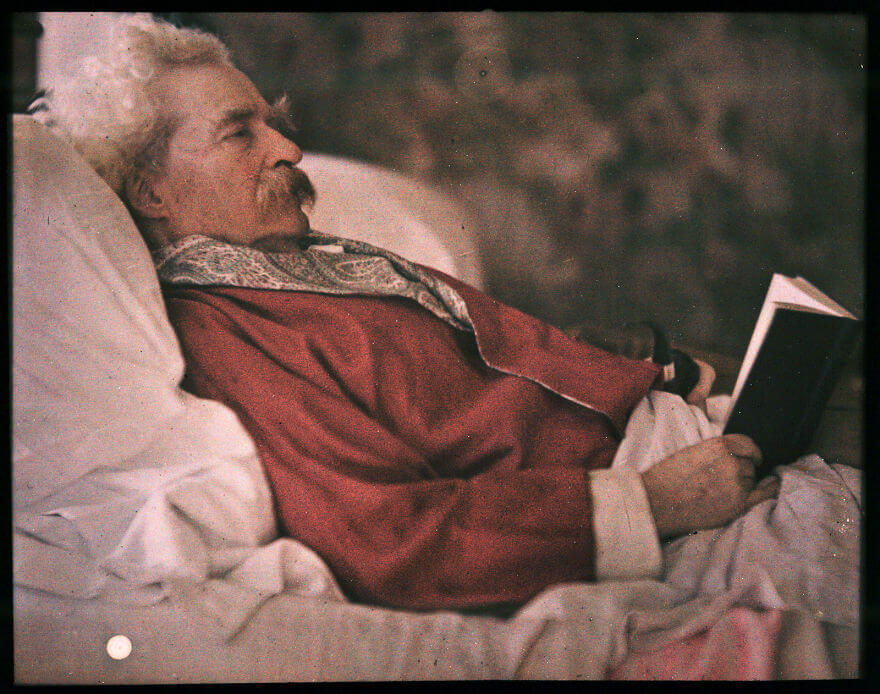 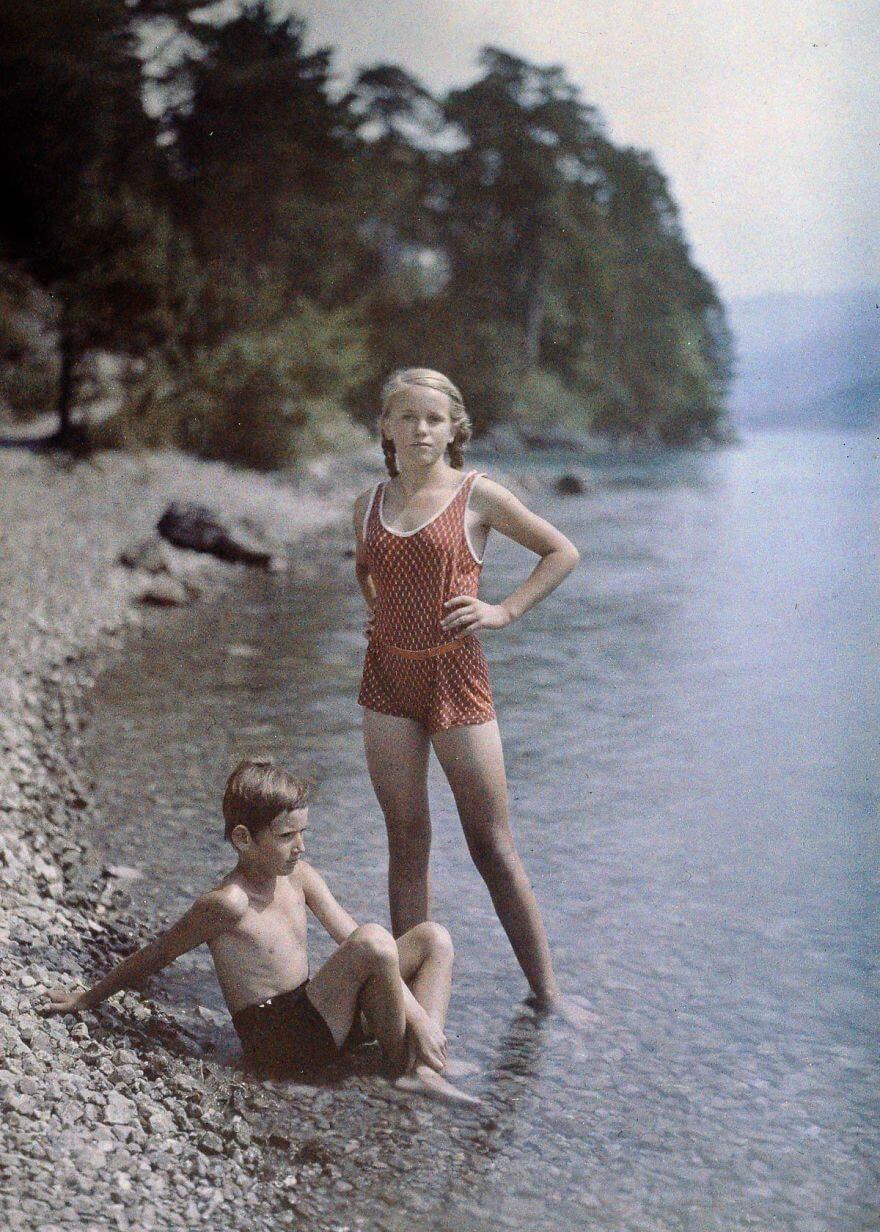 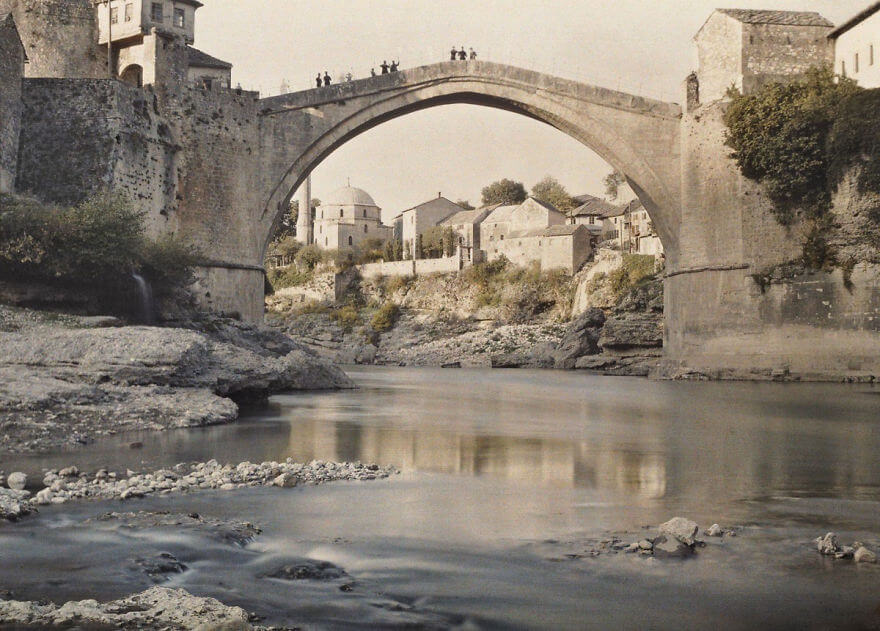 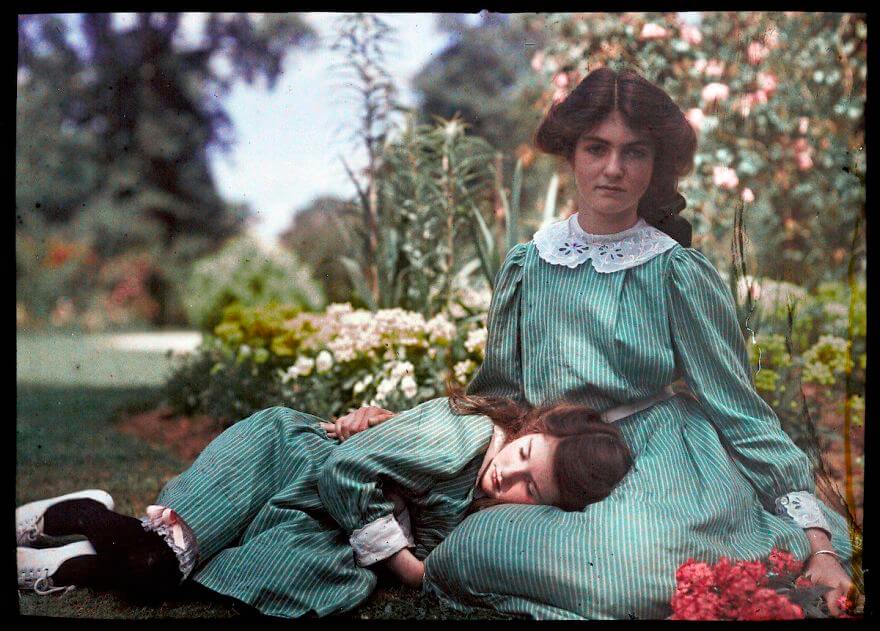 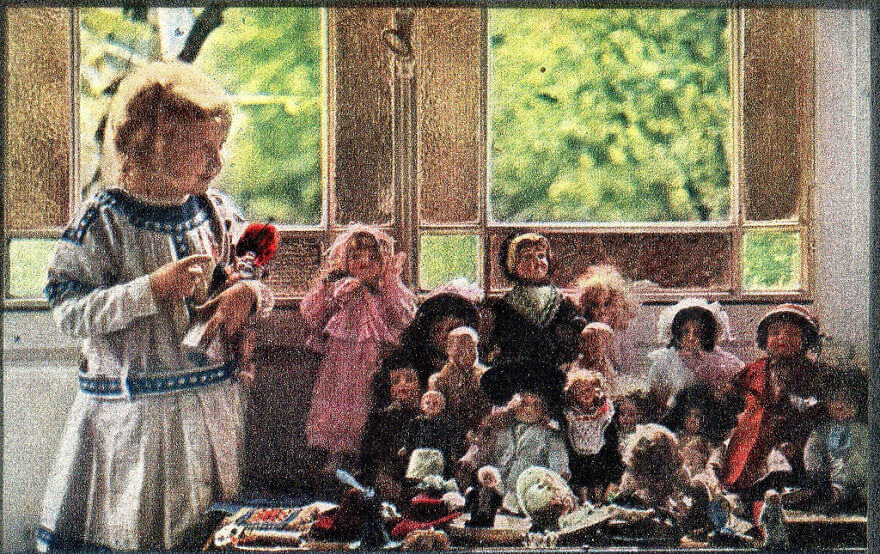 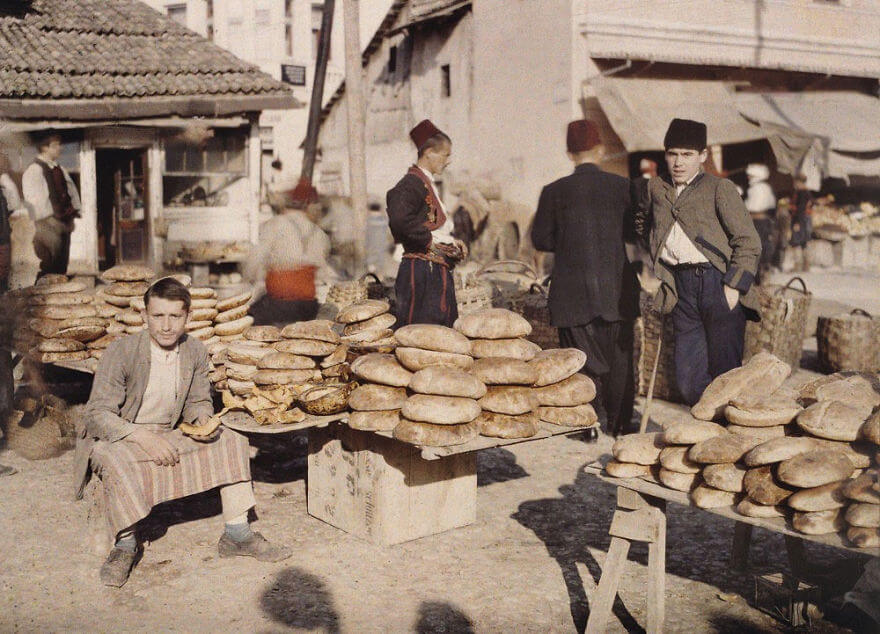 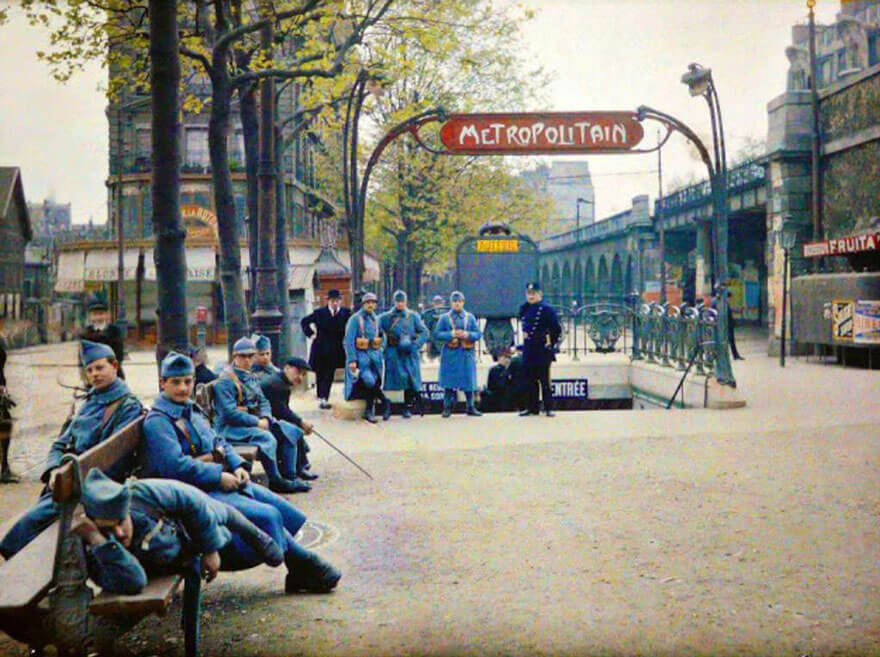 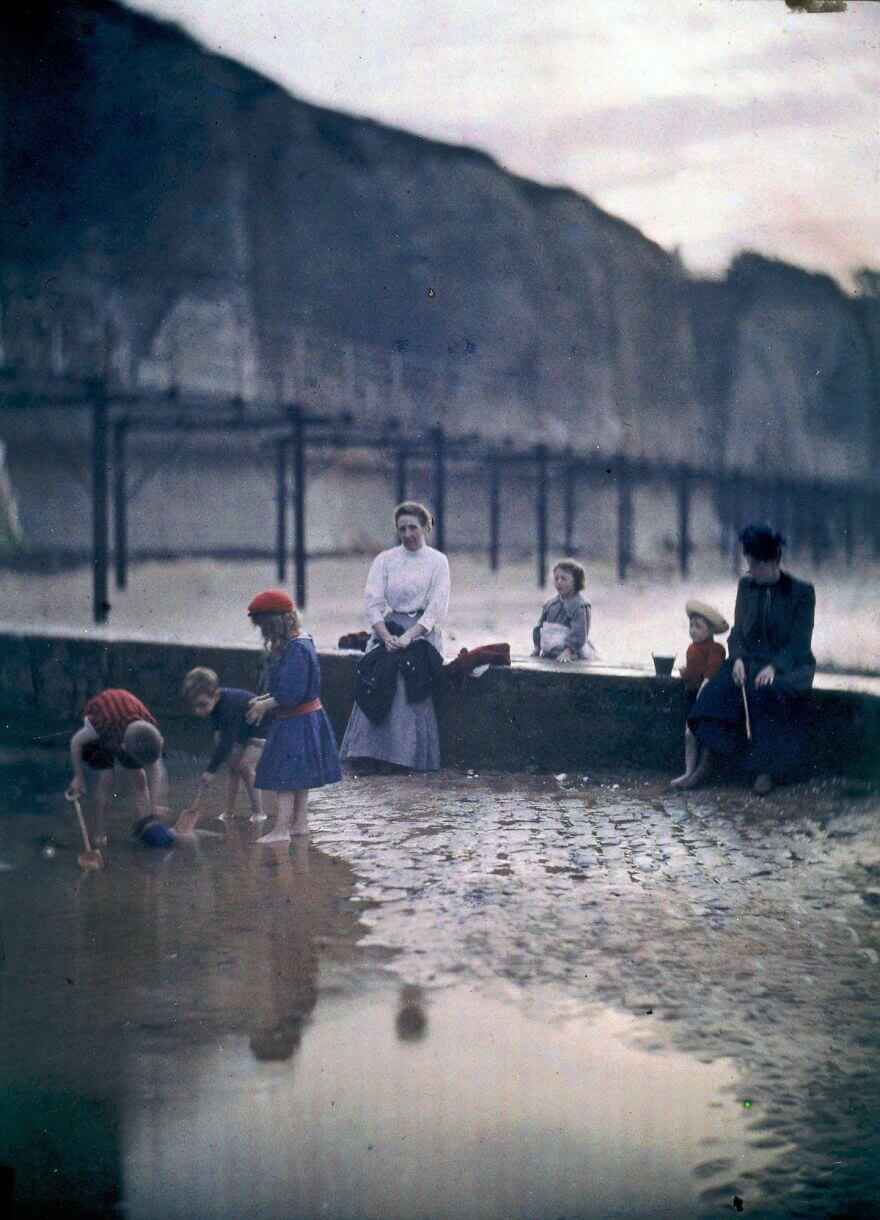