Waiter Was Very Frustrated When Group Of Kids Left Him Only $3.28 Tip. Next Day Though He Got A Nice Surprise

We all know someone who works or used to work as a waiter, heck most of us did it too. So we know how important it is to get an adequate tip. There’s nothing more frustrating than working your tail off to serve someone and then finding out they only tipped you like 3%. You start questioning your work, wondering if you did something to offend them or maybe you just suck at your job? Well, this next story will take you back to these days with a twist.

A group of 13-year-olds wanted to celebrate their homecoming by going out to a nice restaurant. Kids will be kids and after they had a great time laughing and smiling all around, they left the establishment without leaving the appropriate tip to their waiter.

the waiter said. But what happened the next day changed his mind about the boys and restored his faith in people just a little.

” I’ve been a waiter for a long time, nothing like this has ever happened to me, or anyone I know.

When you work hard and don’t get the appropriate pay you deserve, it can be very frustrating, especially to a waiter who relies on tips. 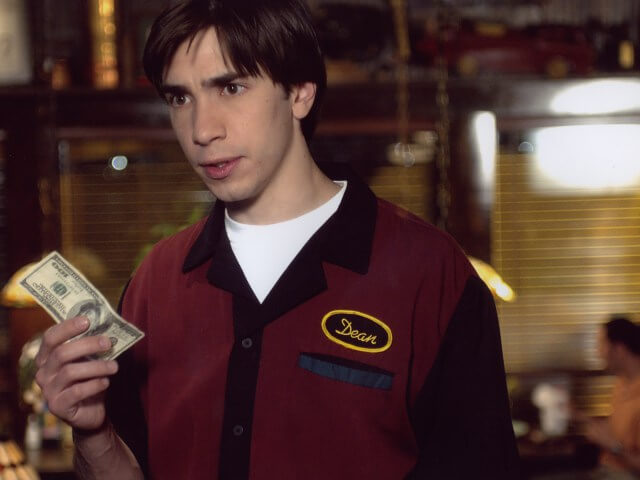 So when this happened to our young waiter who did his best to keep the group of teens satisfied only to find out at the end they left him a measly $3.28 tip 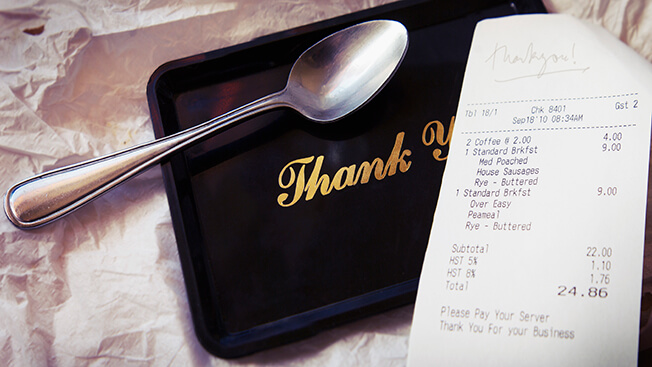 But the next day, he received this letter: 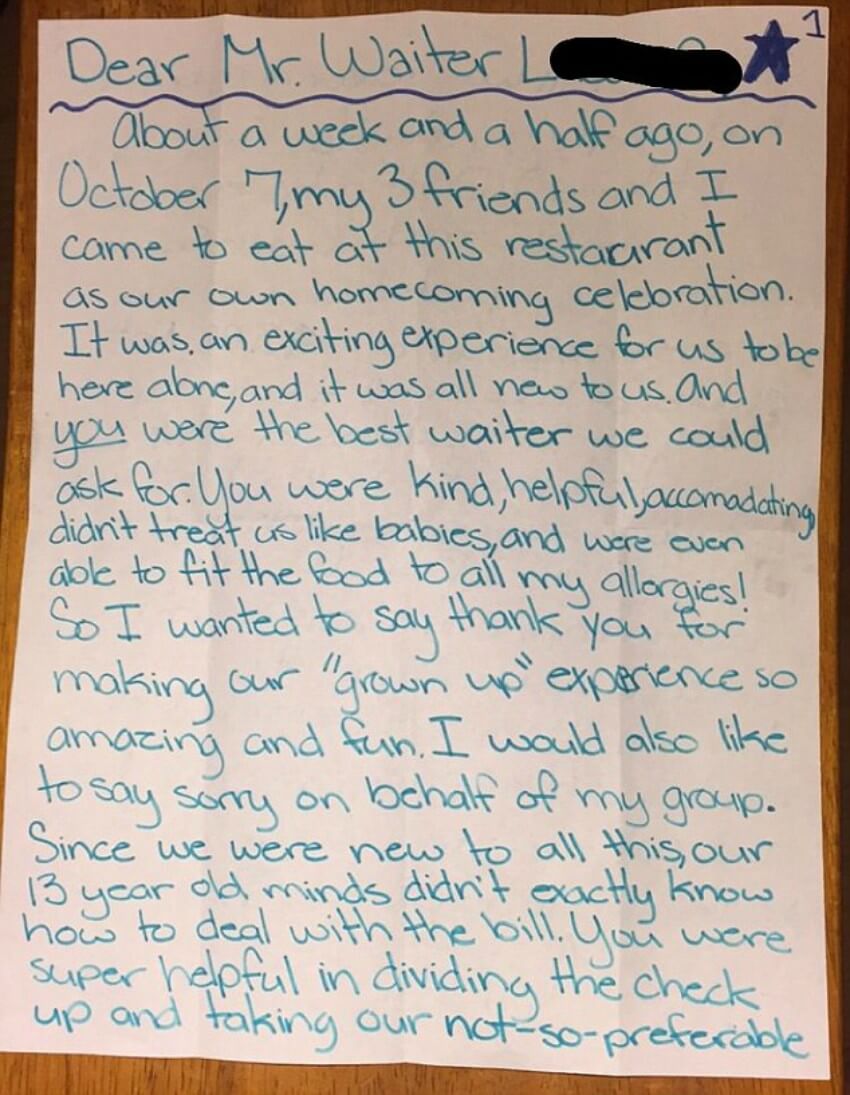 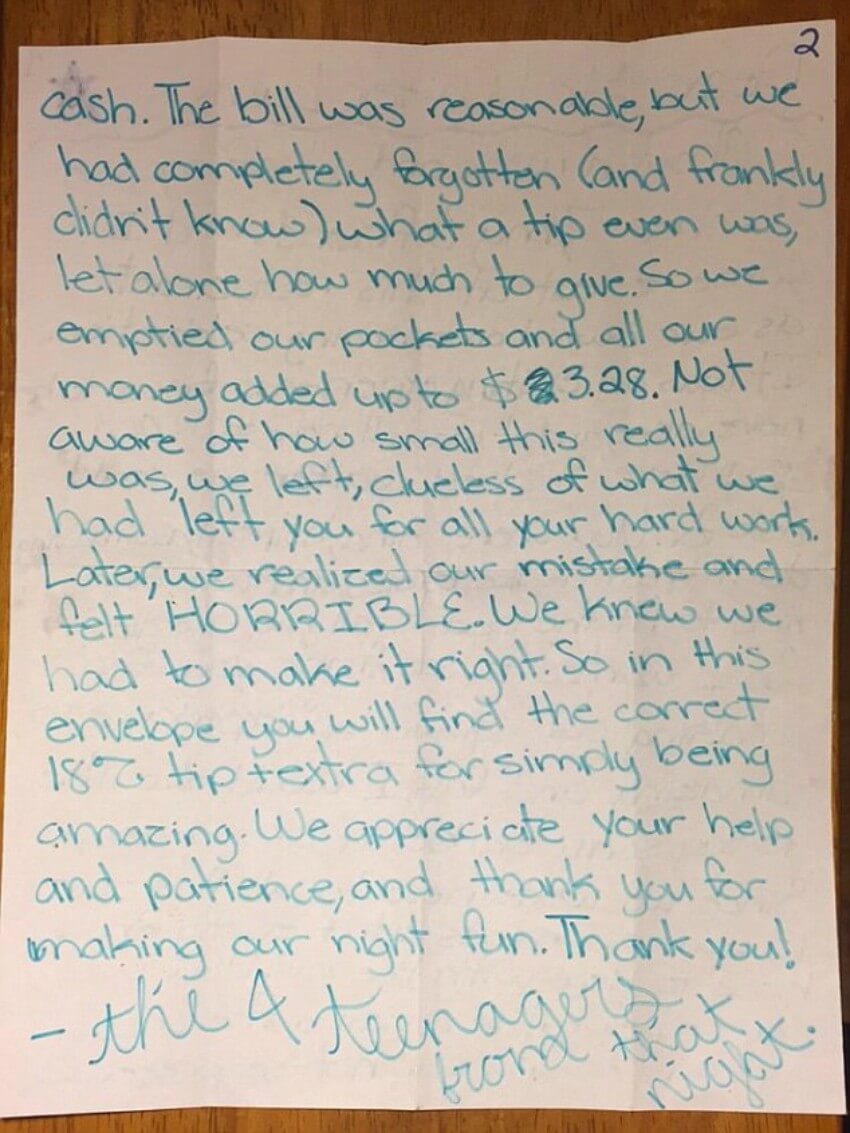 And here’s what the waiter had to say to the group of teens: 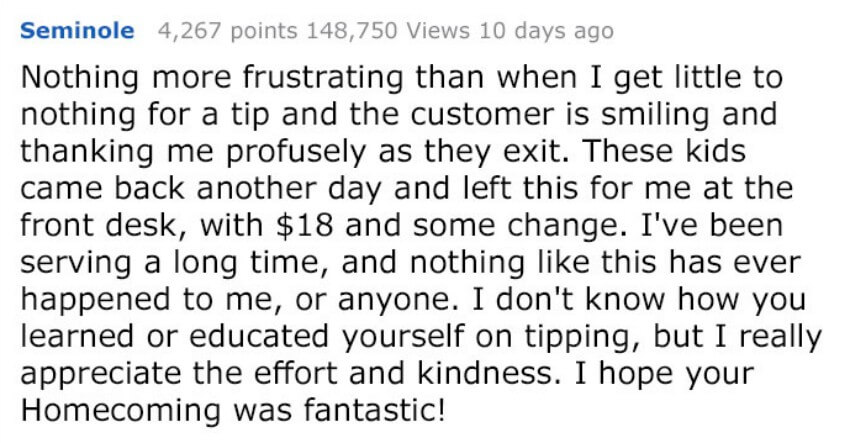 Other people also commended the teens for doing the right thing:

When all said and done, this story had a happy ending, teens who were smart enough to make a right, and a waiter who learned there are still good in people. Love these stories.