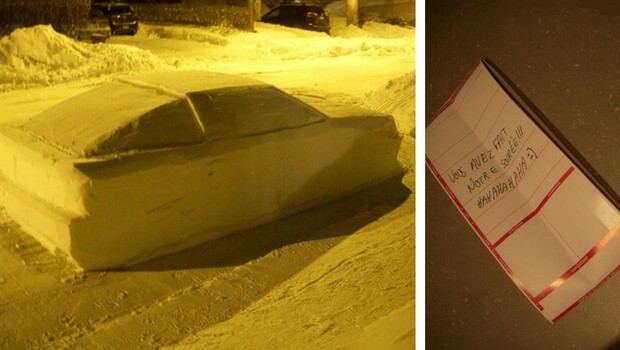 On beautiful snowy days, it’s hard to resist and not let your creativity play around in a white scenery. A child in us just magically wake up and a snowman or at least a snowball appear in no time. Exactly this happened on a beautiful snowy day in Canada when a 33-old woodworker from Montreal let his imagination run wild, and as a result, confused local police officers.

Simon Laprise has sculpted a full-sized car replica out of snow. The initial idea was to make a replica of Back to the Future car –  DeLorean DMC-12, but many agree that it looks more like third generation Toyota Supra. Either way, the car looked so realistic that local police officers confused it for a real one and even pulled over to write a ticket for the ‘illegally parked’ vehicle.

Laprise intended to make a practical joke and fool the snow removal guys, but he never thought the police will be involved at the end. Luckily, police officers, once they’ve figured out that the car is made out of snow, took this pretty well and left a friendly note instead of the ticket.

So, the story has a happy end and Internet can’t stop talking about it. Check out in the gallery below how Laprise’s snow masterpiece looked like and what the police wrote in their note.

Simon Laprise has sculpted a full-sized car replica out of snow. 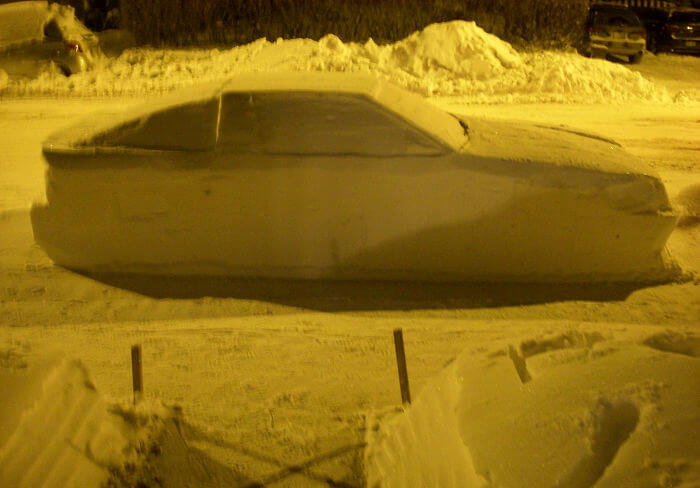 “I did the car to have fun expressing my creativity on that beautiful day.” 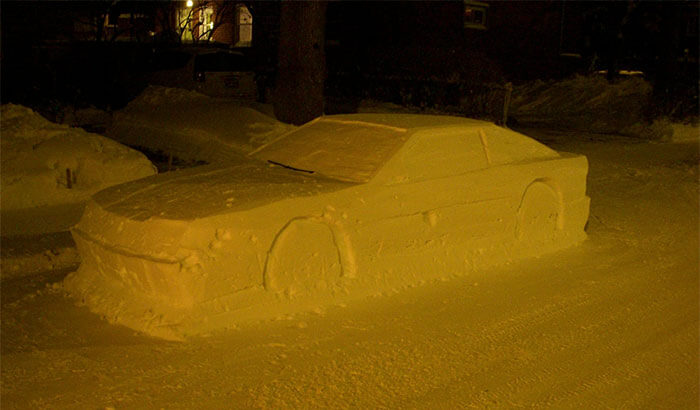 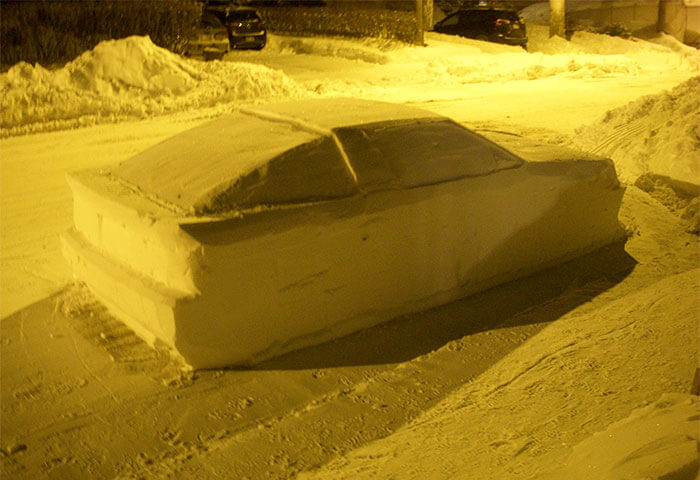 Instead, the car caught the attention of the local police. 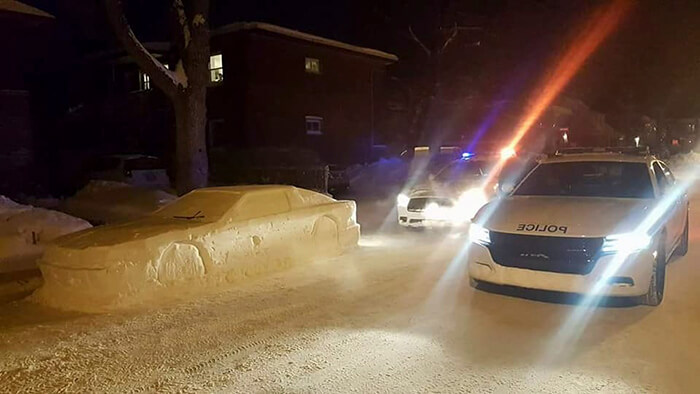 They’ve pulled over to write a ticket for the ‘illegally parked’ vehicle… and soon they’ve realized what’s the catch. 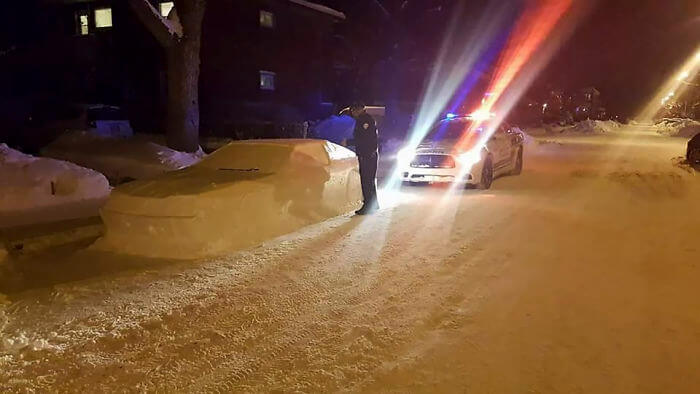 “You made our night!!!” – the police wrote on their ticket 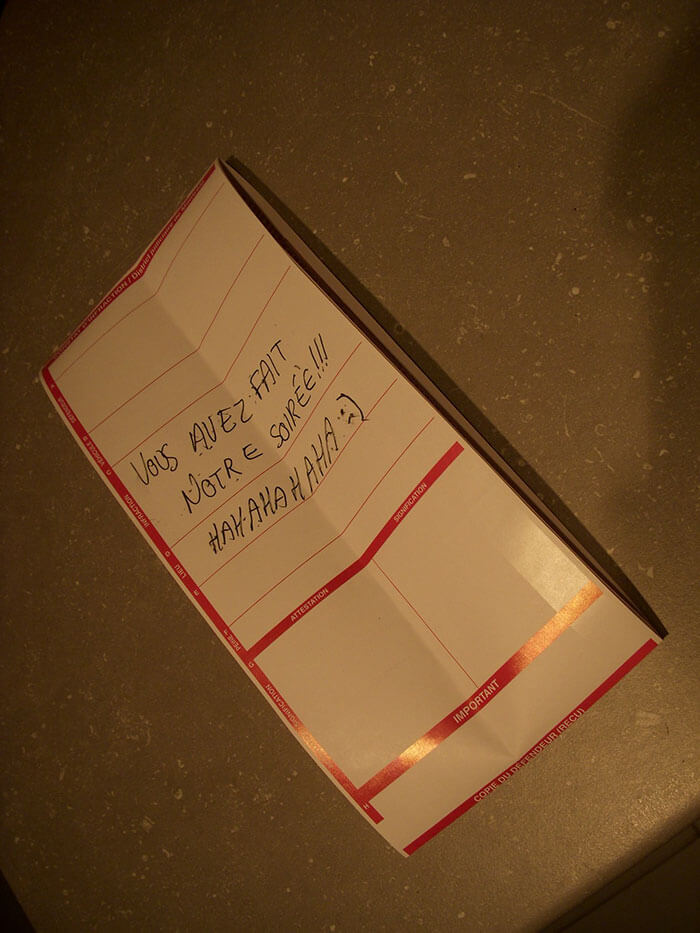 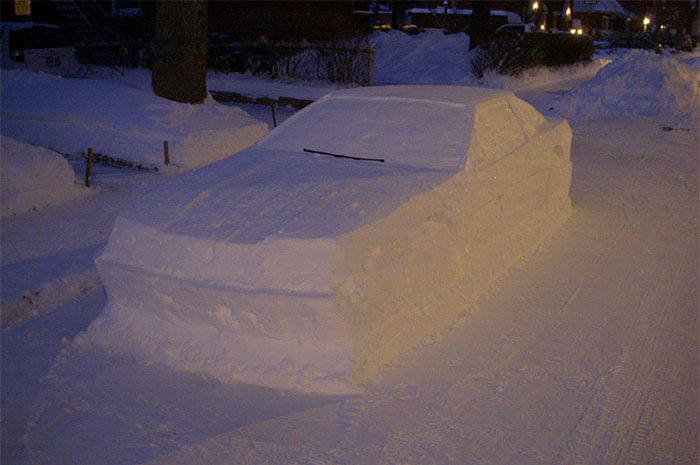 …or  it looks more like third generation Toyota Supra. What do you say? 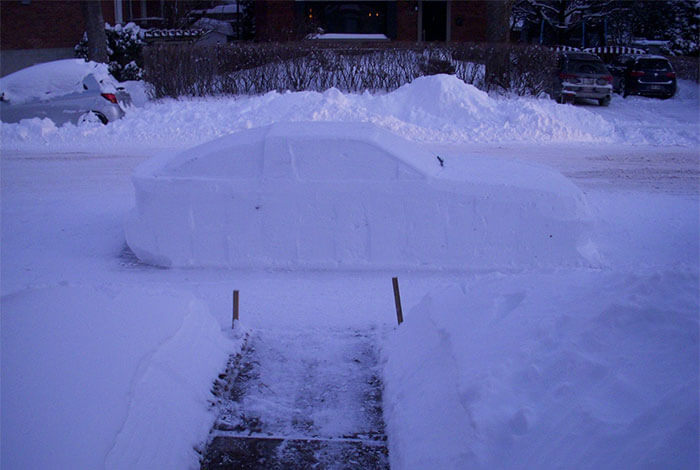 Related ItemsLOLnews
← Previous Story Hospitals Across The US Are Starting Their Own Drug Company To Be Able To Lower Generic Drug Prices And Fight Big Pharma
Next Story → Waiter Was Very Frustrated When Group Of Kids Left Him Only $3.28 Tip. Next Day Though He Got A Nice Surprise