Home / Funny / Even Death Has An Instagram Profile Now. Meet The Swim Reaper Campaign By The New Zealand Government To Stop People From Drowning

Even Death Has An Instagram Profile Now. Meet The Swim Reaper Campaign By The New Zealand Government To Stop People From Drowning 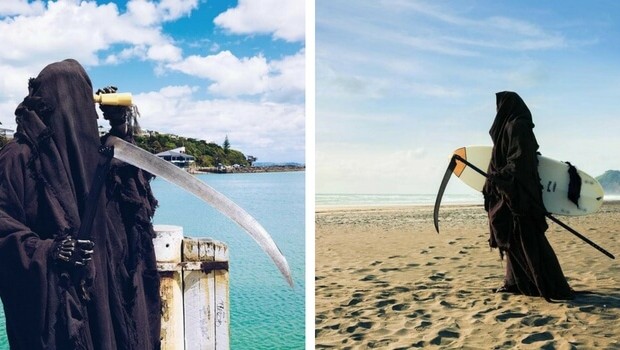 I don’t know under which category I would put Instagram account The Swim Reaper, possibly there is nothing similar on the web. I bet there are very few countries in the world who would runs such an edgy and creative Instagram campaign like this one. One thing is for sure – if its aim is to give you goosebumps, it’s extremely effective.

Actually,  the goal of the Swim Reaper campaign is to raise awareness of the dangers of swimming. New Zealand government has notice pretty disturbing statistics: each year, more than 105 people die of drowning, and the causes of these accidents could easily be avoided – swimming while drunk, diving in shallow waters, or badly anticipated weather conditions are just a few examples. So, they’ve created a character which is deadly serious – The Swim Reaper – Death itself.

Yes, that’s right, thanks to this campaign, you can now follow Death on Instagram. Photos of Death spending a day on the beach is what you’re about to see in the gallery below, and they definitely remind us all that accidents can come quickly if we don’t pay enough attention. This extremely creative awareness campaign by the New Zeland government is done in a quality dark humor manner and has attracted many followers – over 70k so far! Good work!

The goal of the Swim Reaper Instagram campaign is to raise awareness of the dangers of swimming. 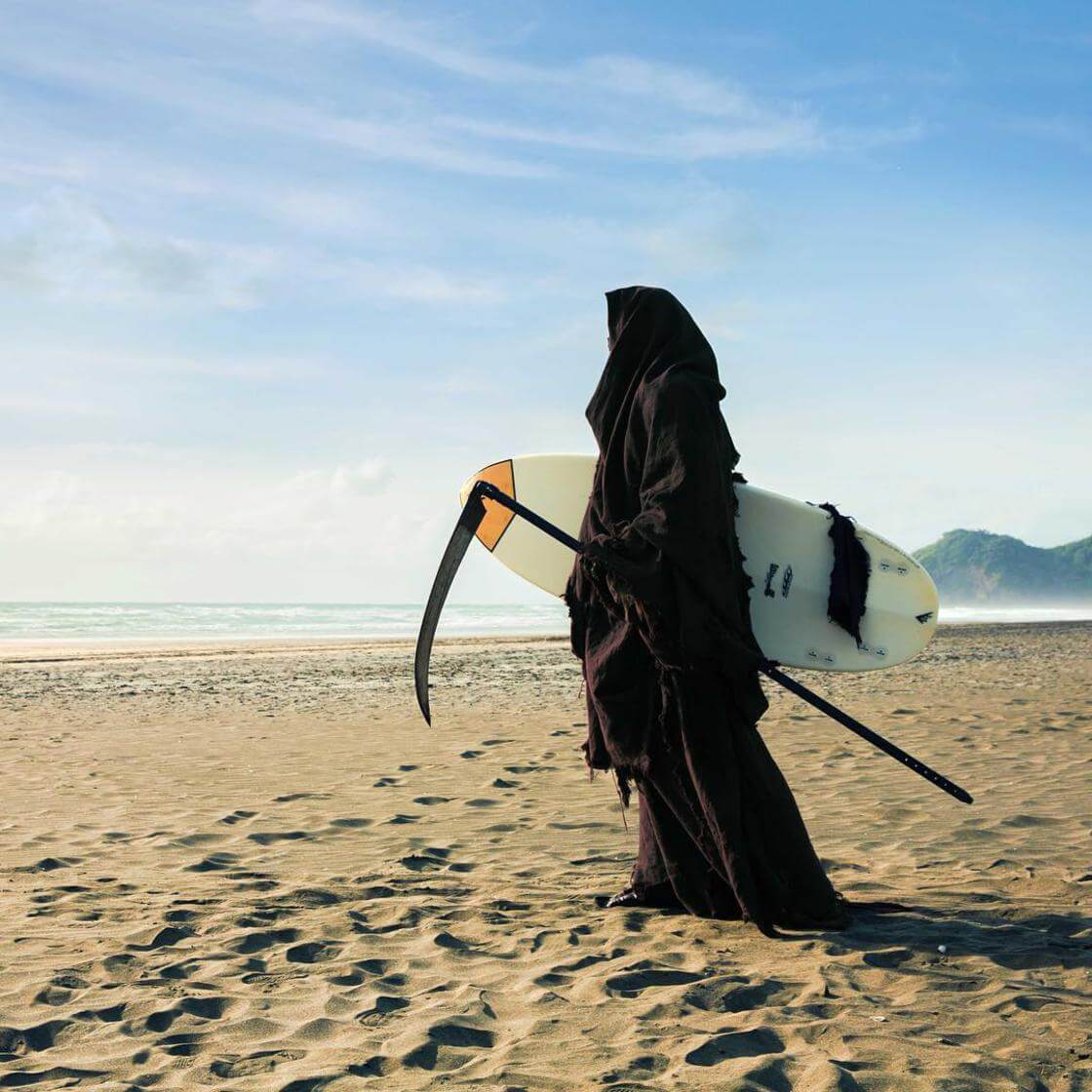 New Zealand government created this awareness campaign as a response to disturbing statistics. 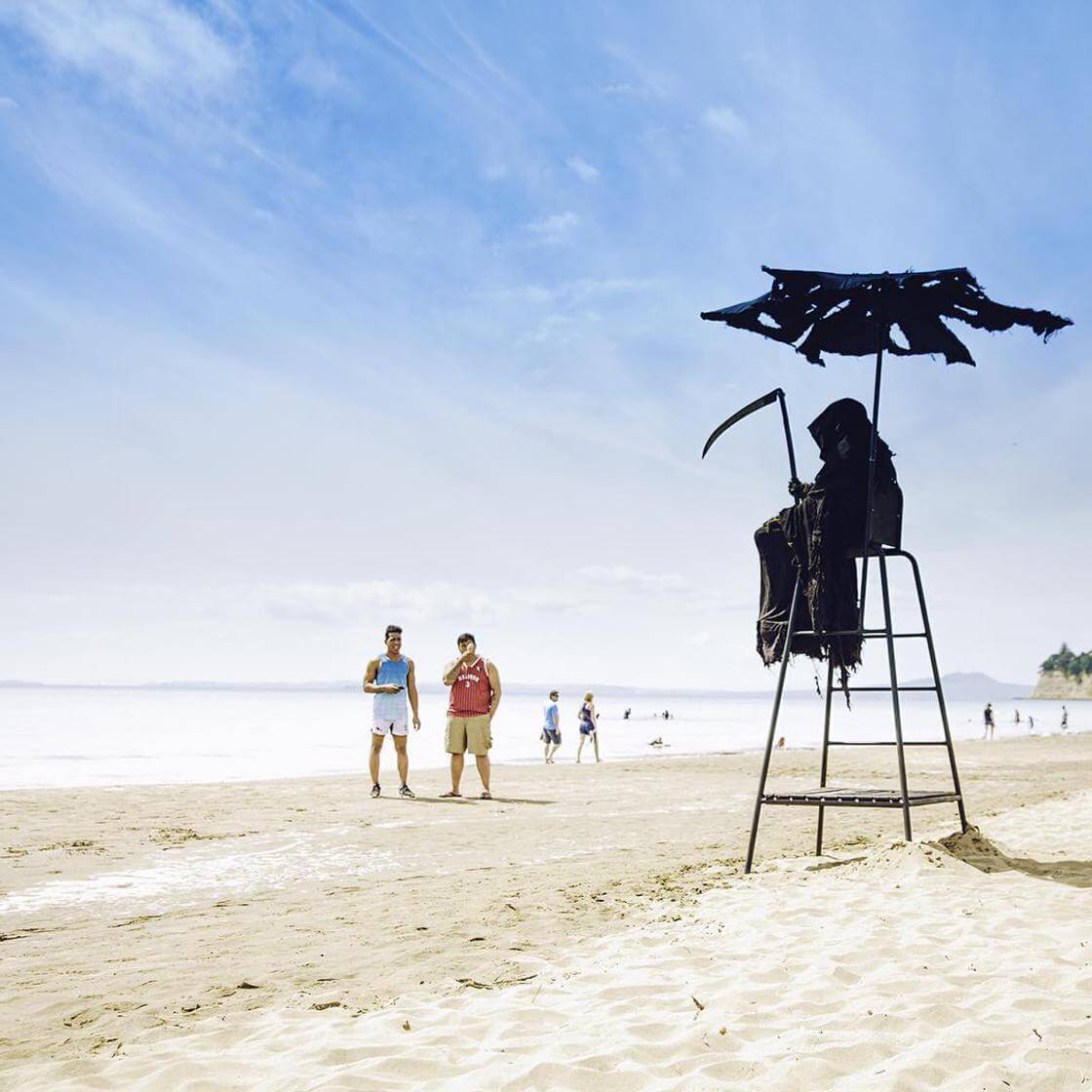 Each year, more than 105 people die of drowning, and the causes of these accidents could easily be avoided. 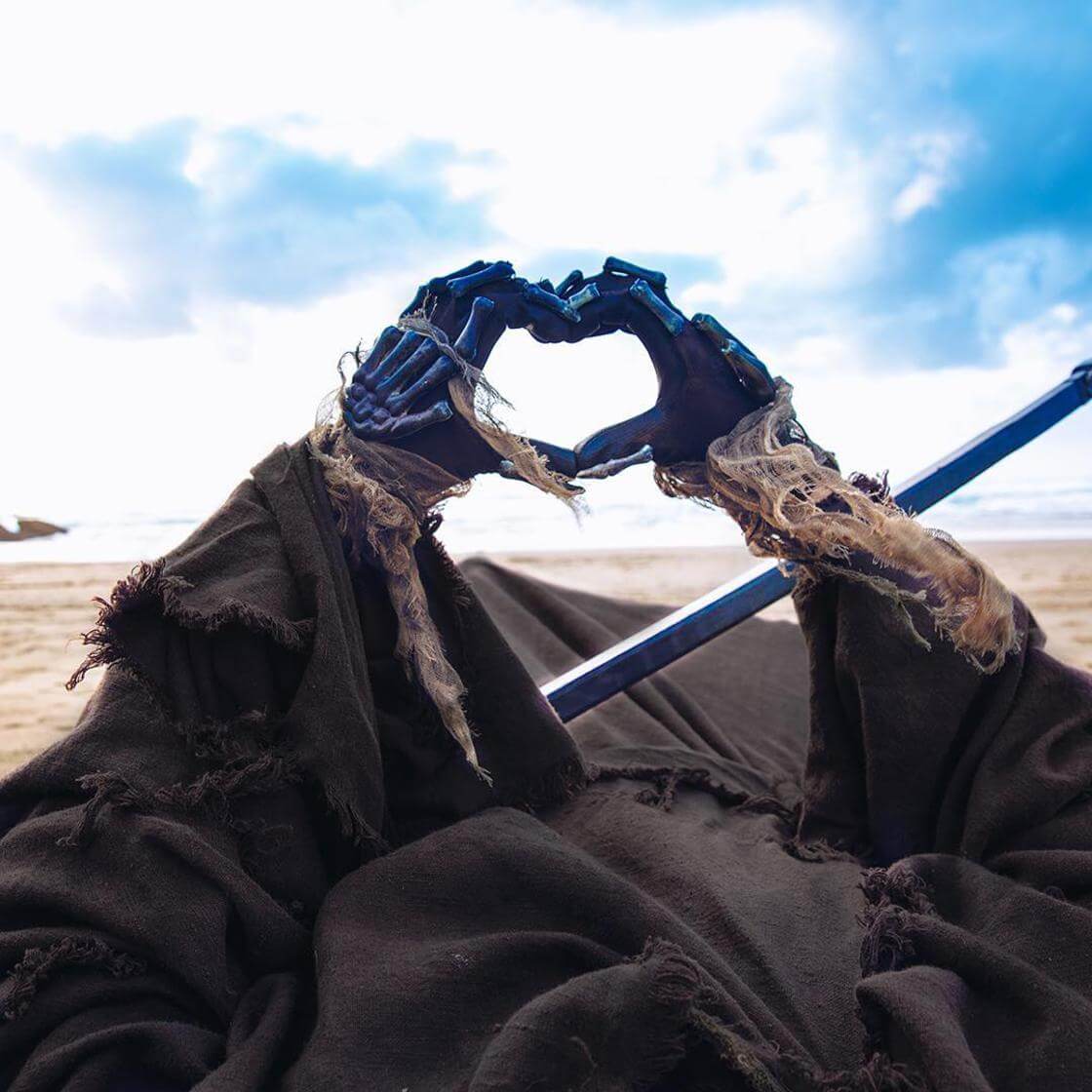 Photos are done in a manner of a quality dark humor with a lead character which is deadly serious – Death itself. 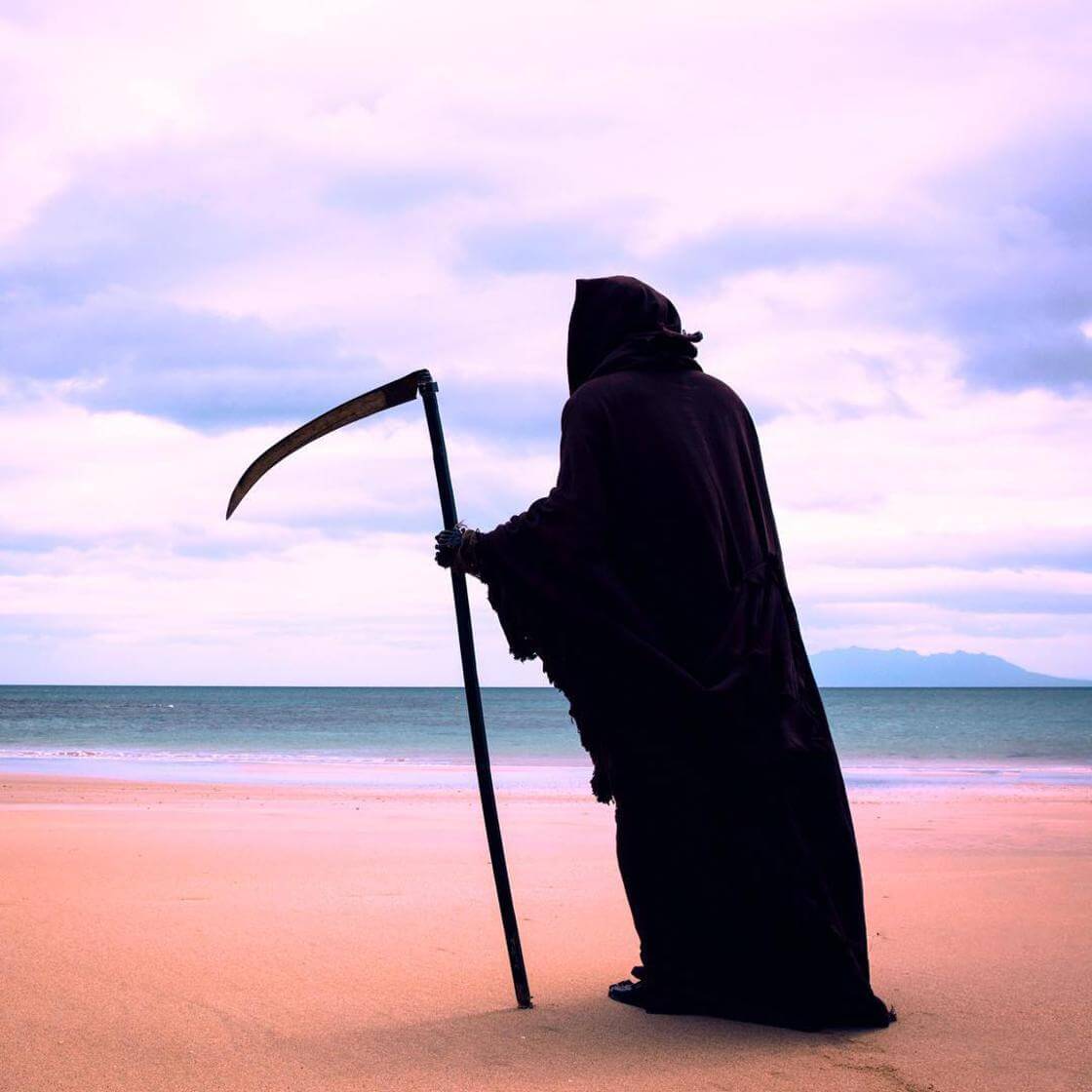 Death spending a day at a beach as any ordinary person will give you goosebumps and reminds that accidents can happen quickly. 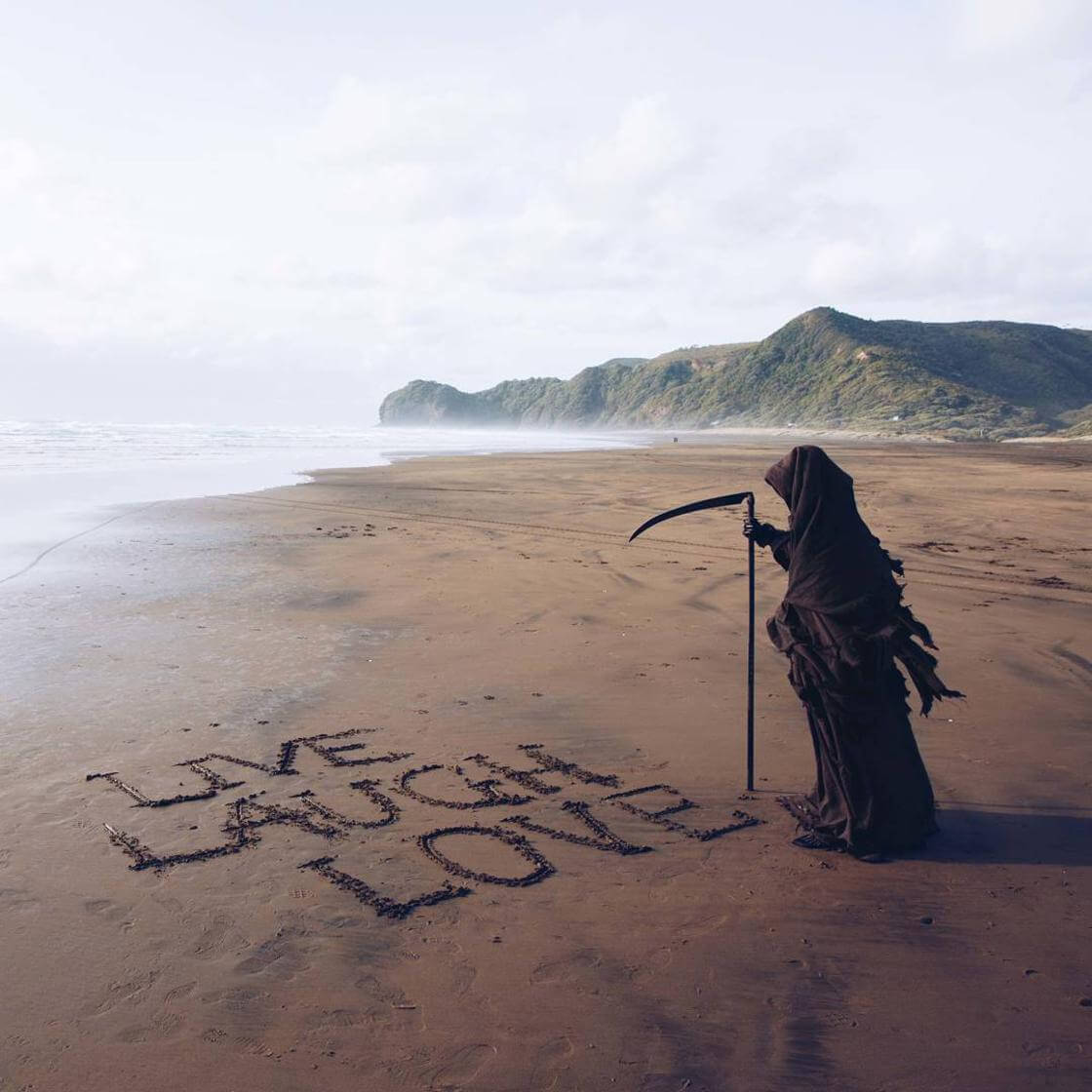 According to a number of followers, the campaign is extremely effective, and we hope that it will fulfill its initial goal and decrease number of deaths by drowning at New Zealand beaches. 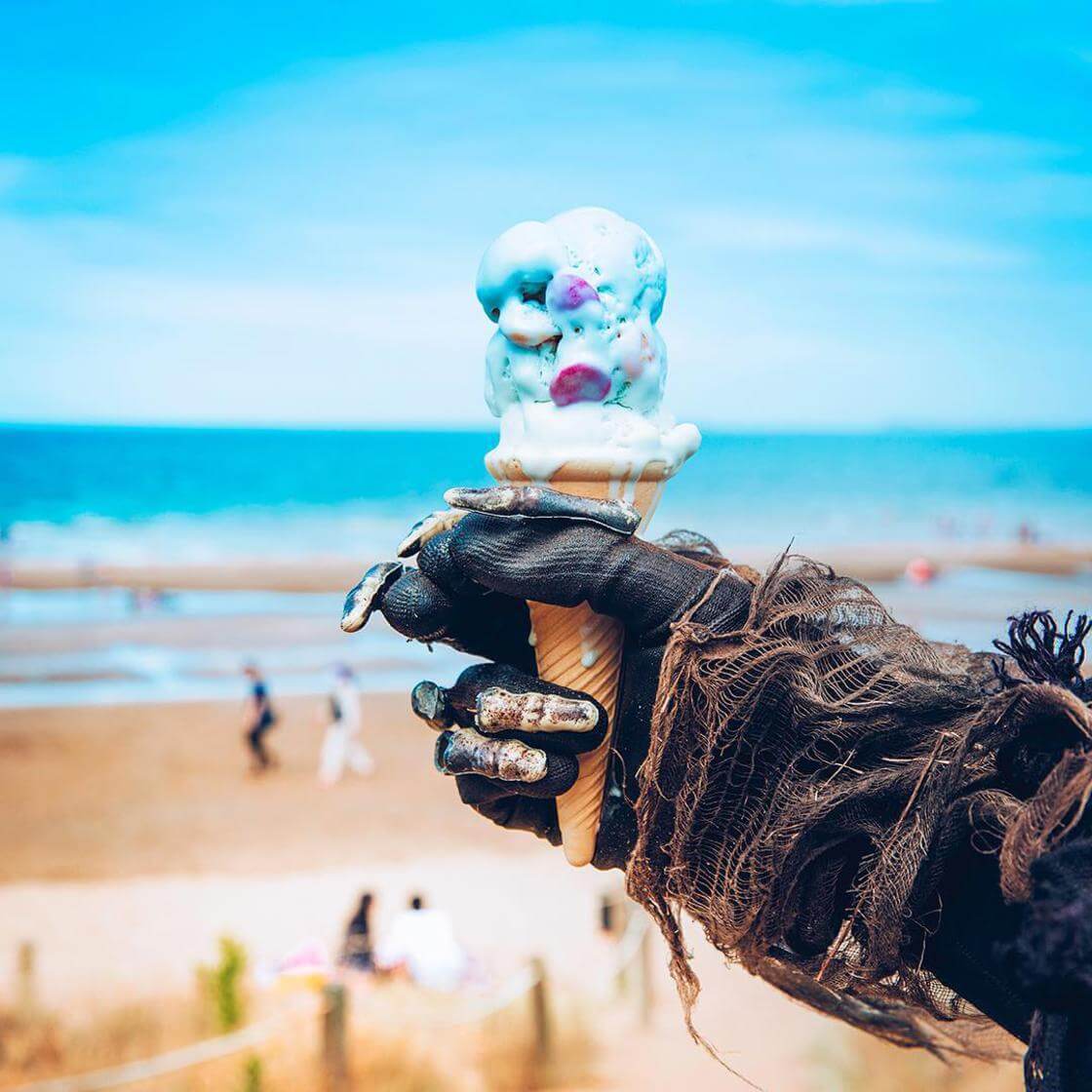 “Just loving life. lol. Nah, jokes. Looking to reap some peeps this summer. If ur gonna make dumb decisions in the water, I’ll be waiting. Holla!”, is a message from The swim reaper. 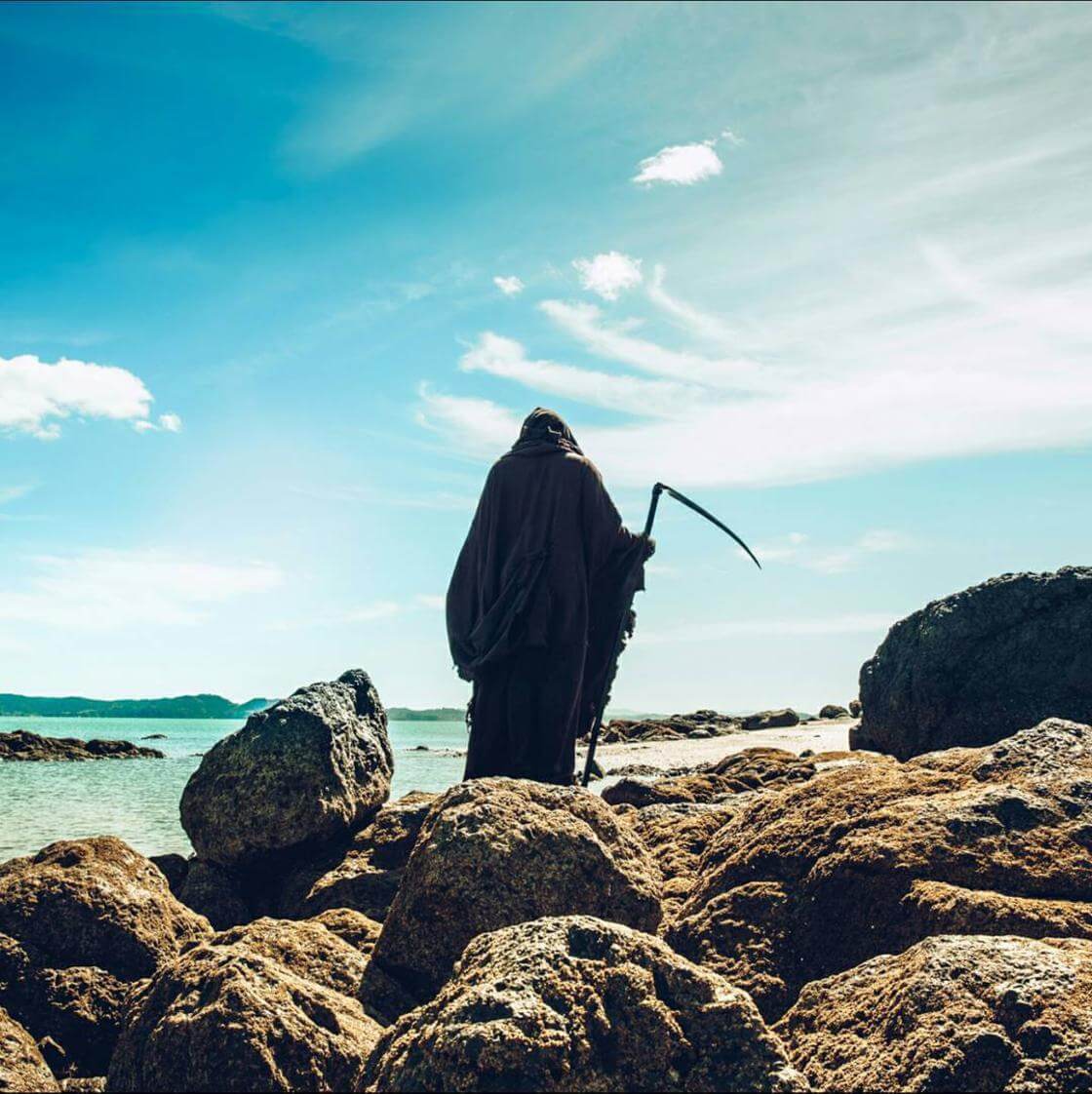 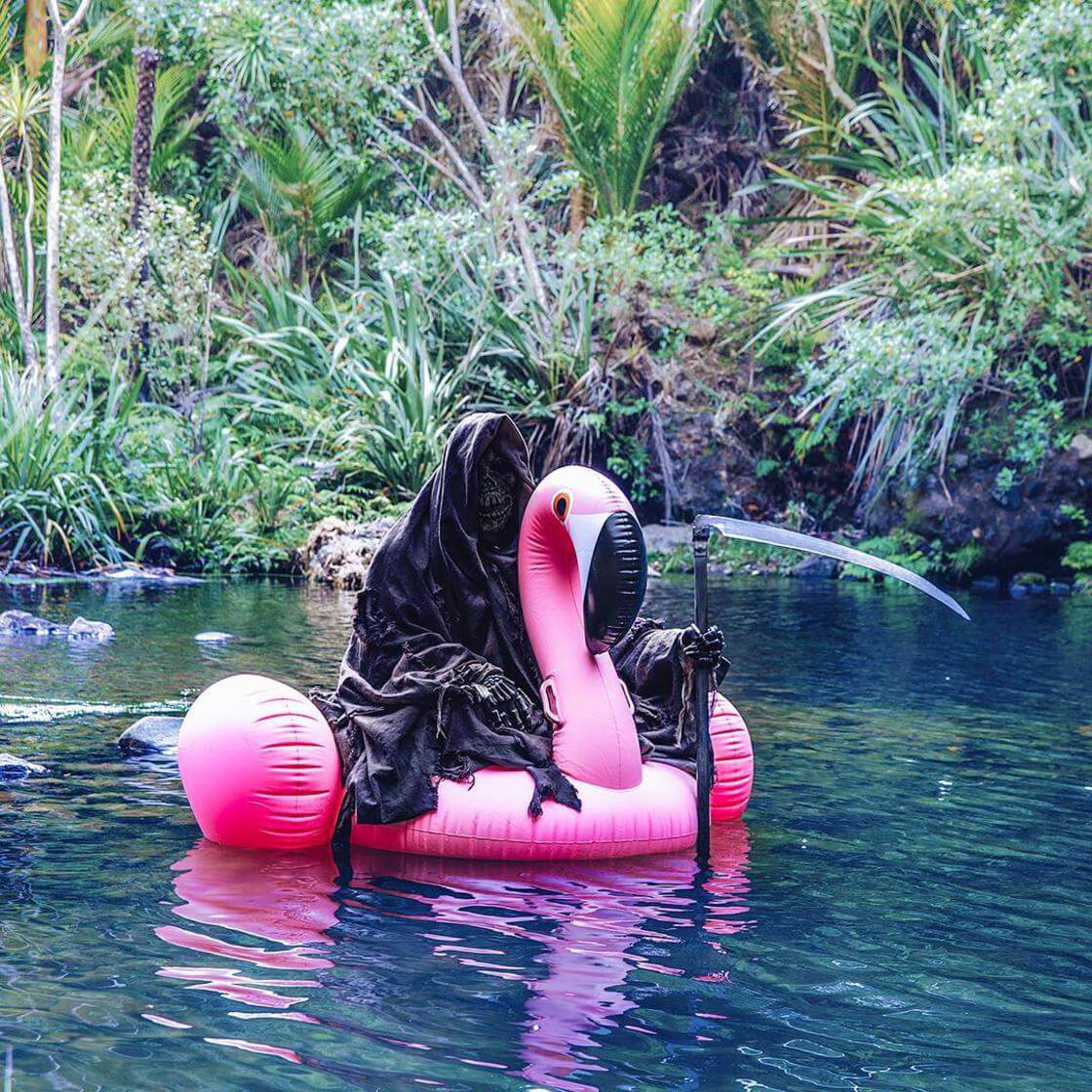 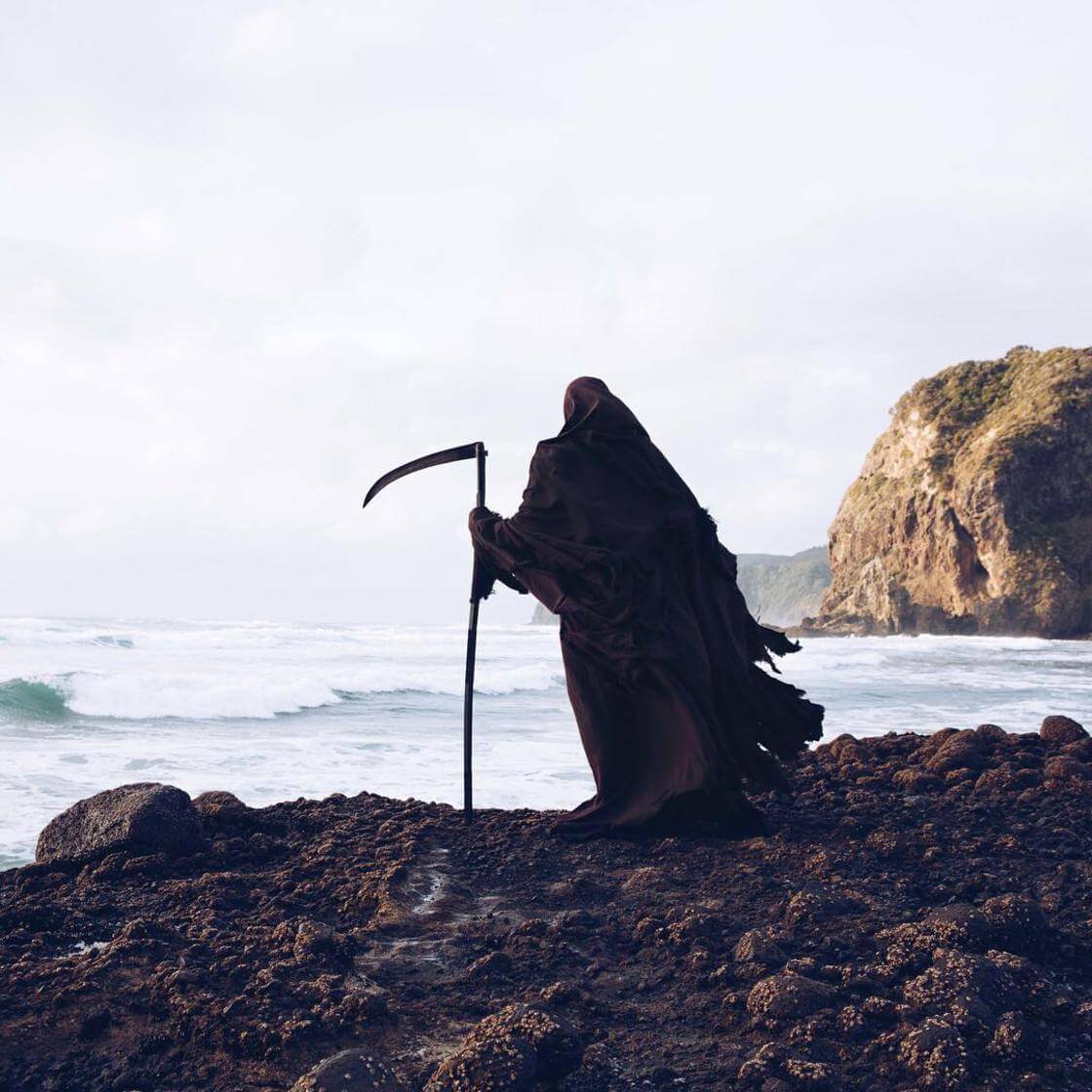 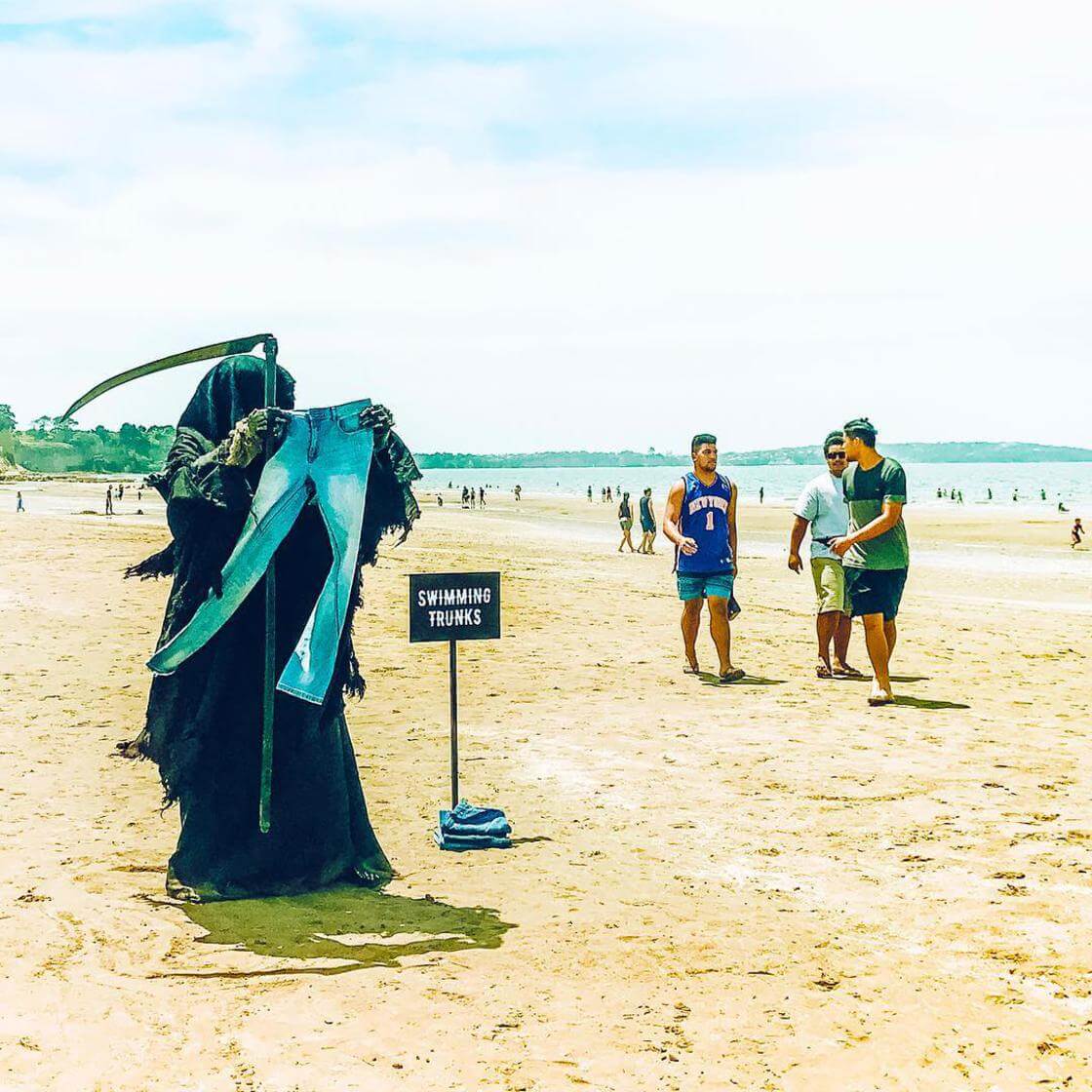 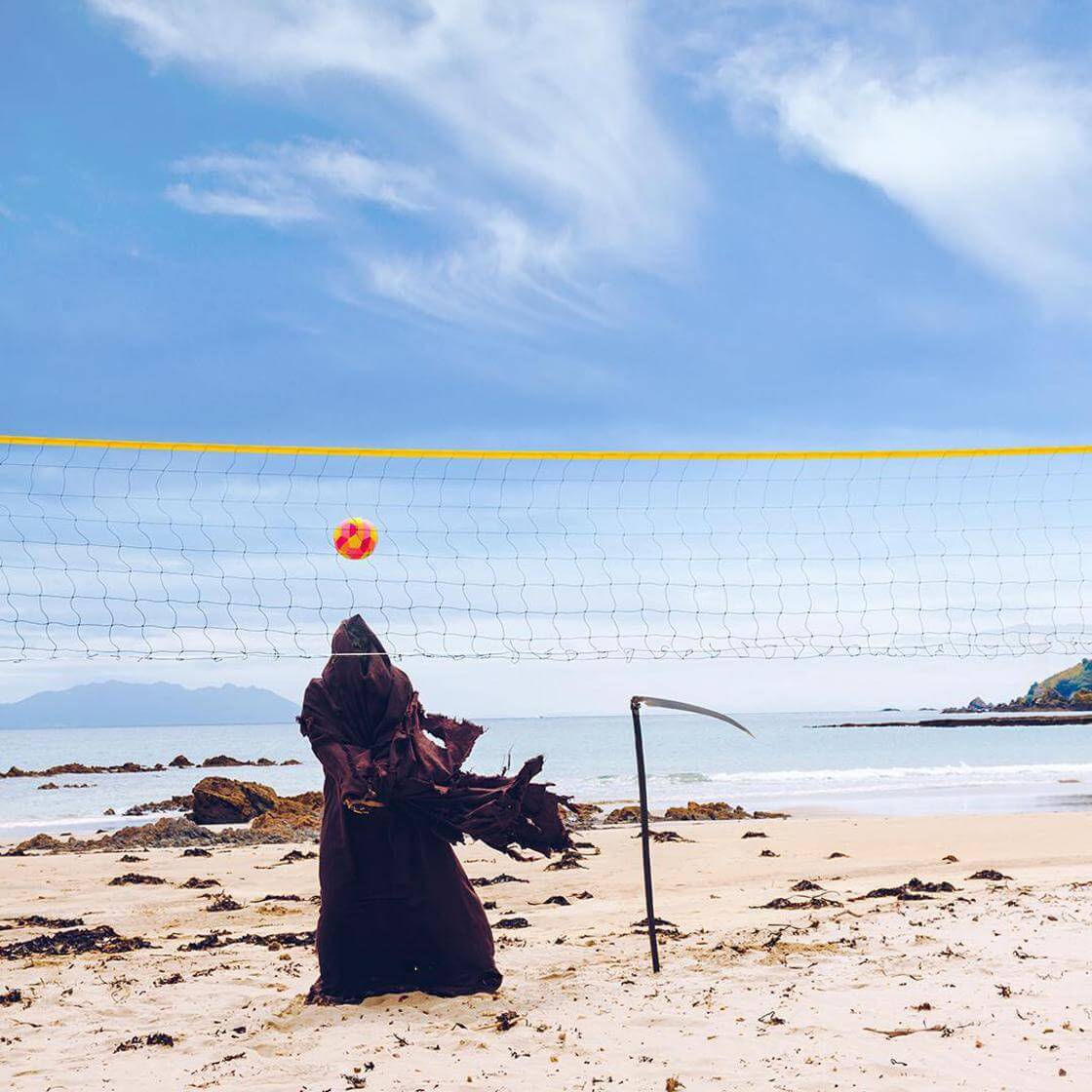 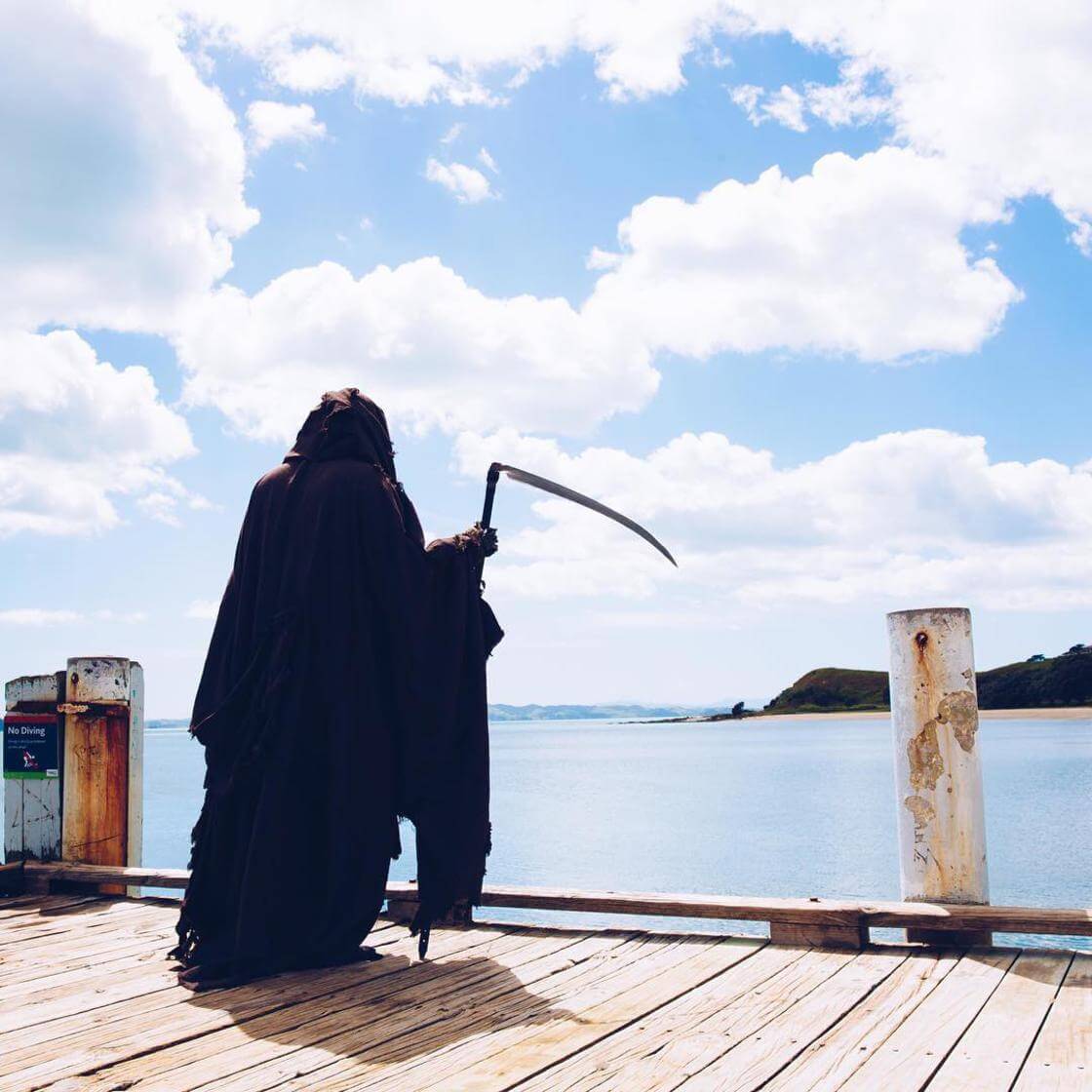 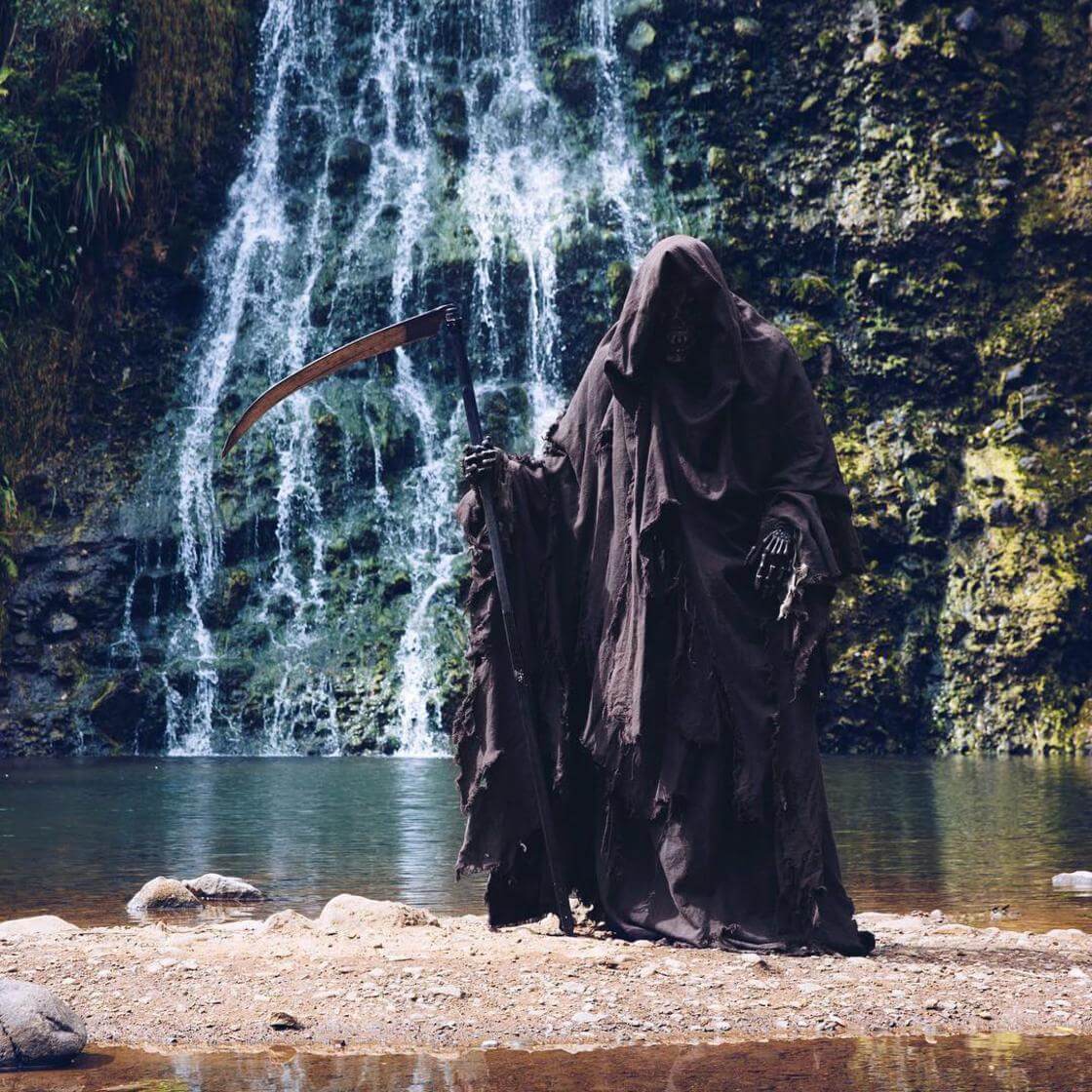 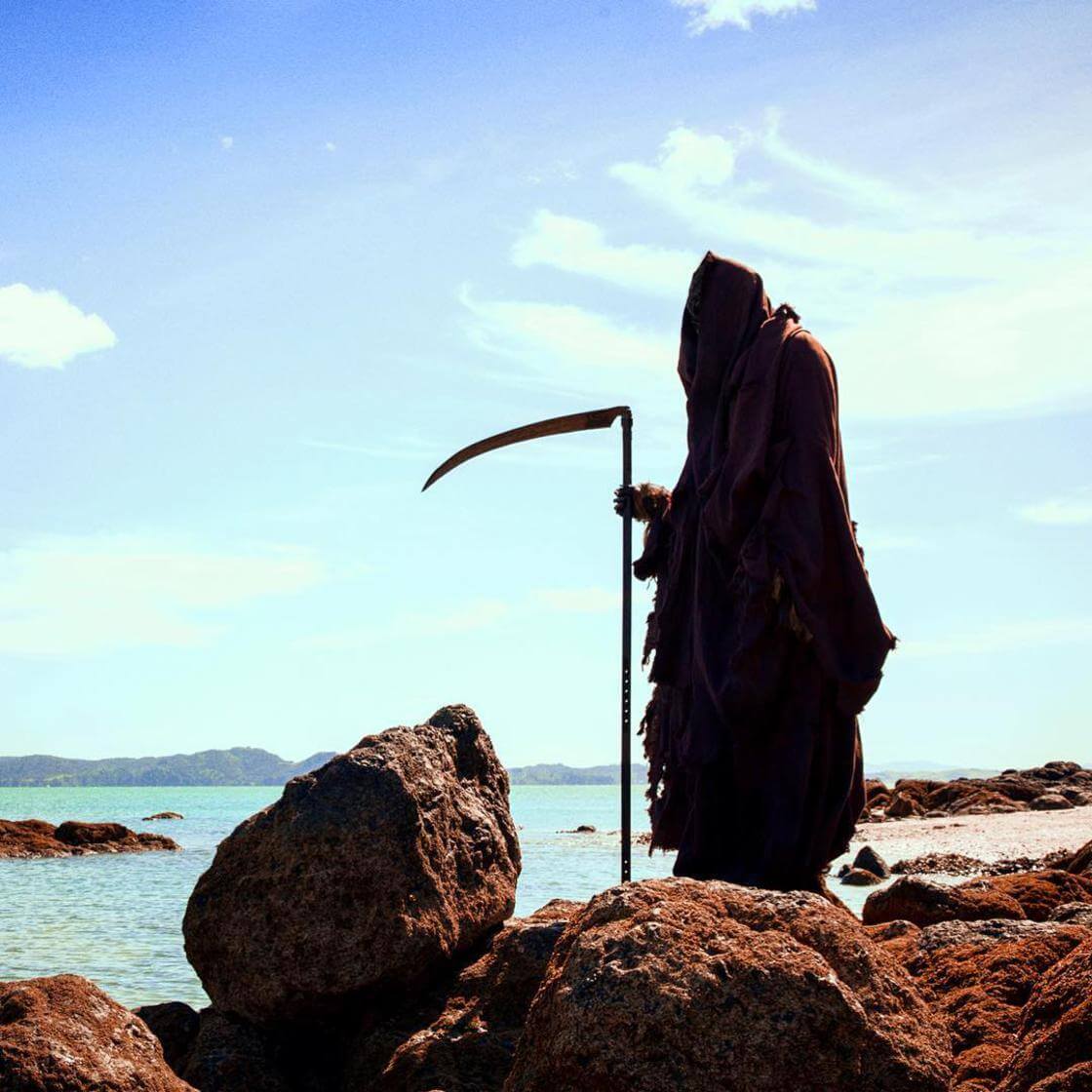 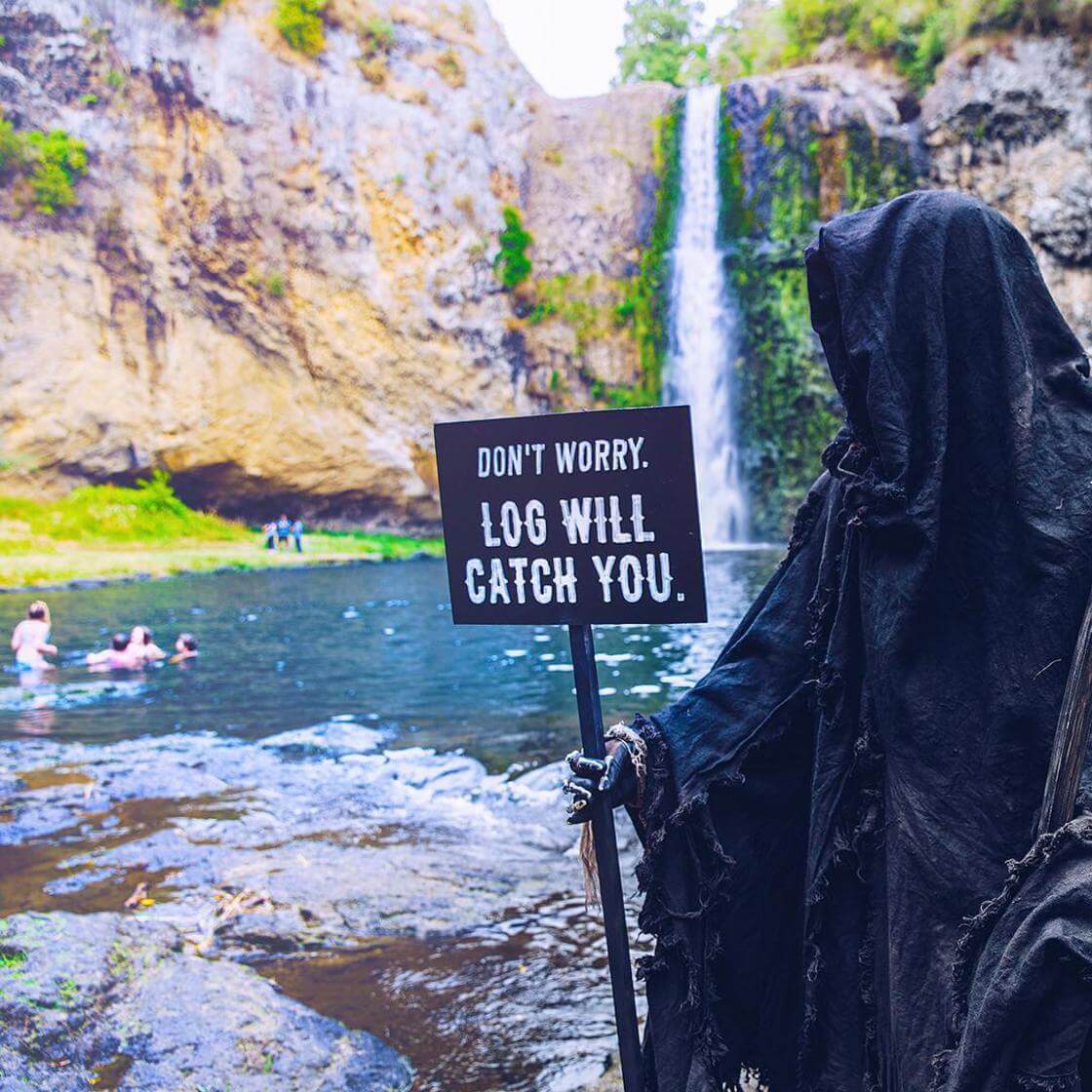 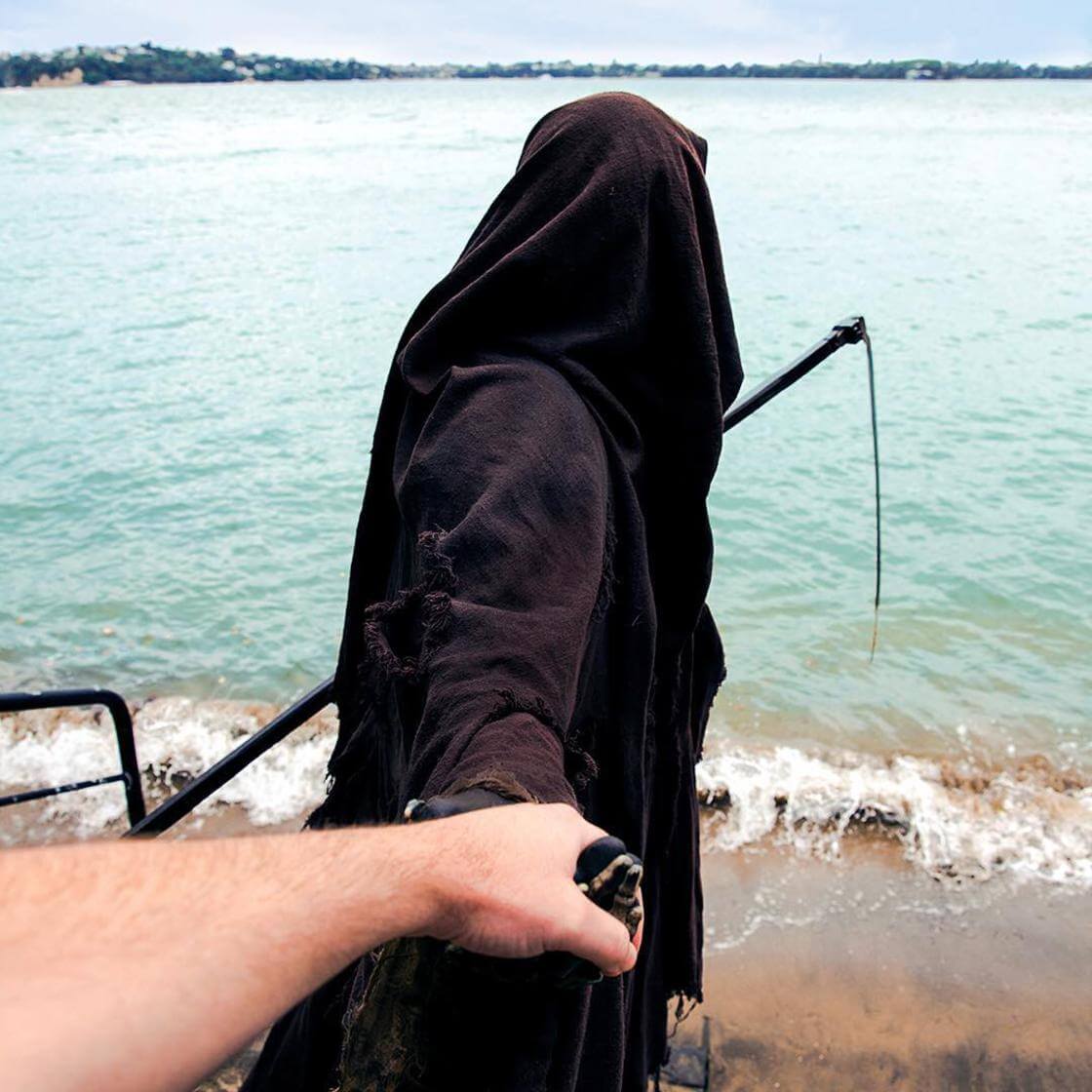 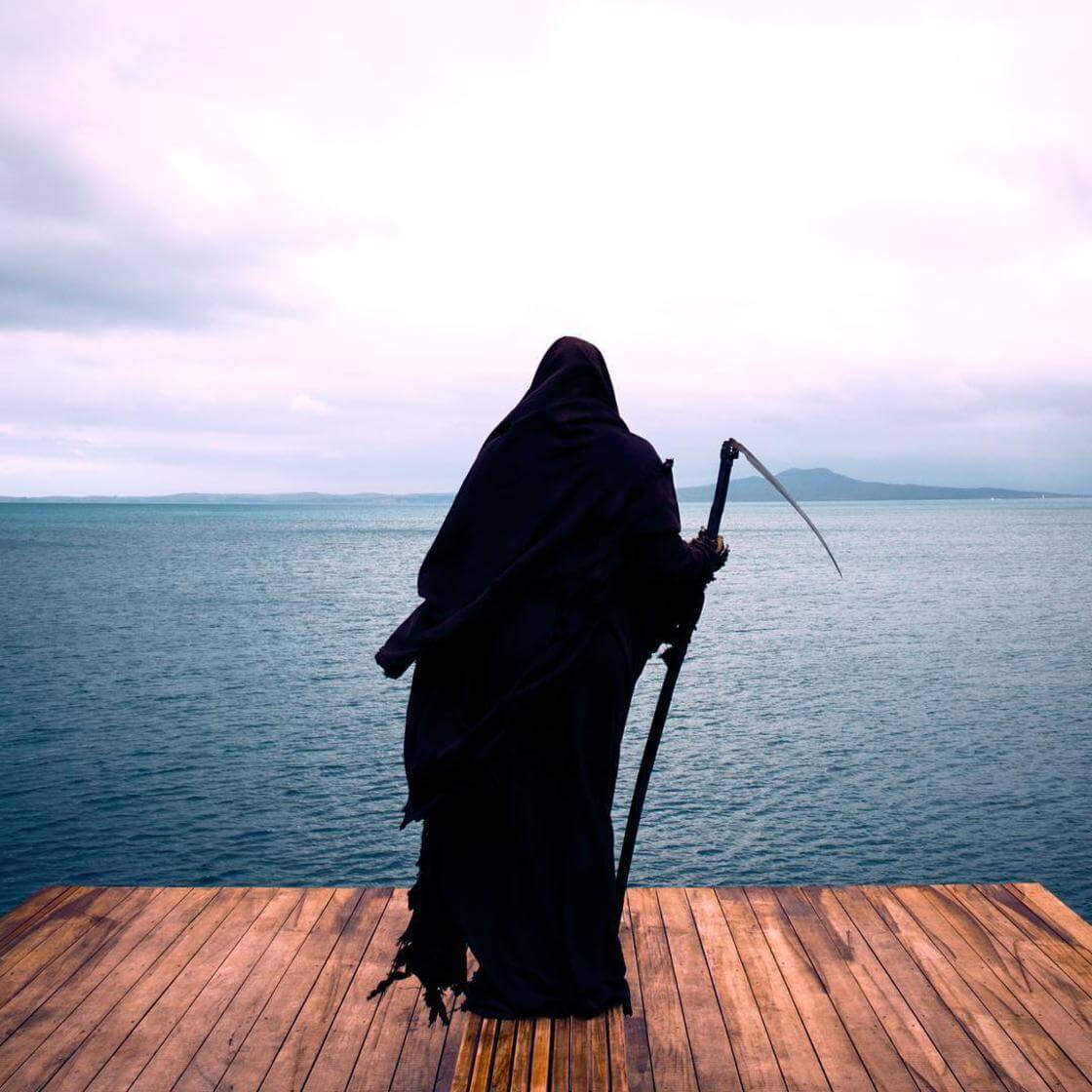 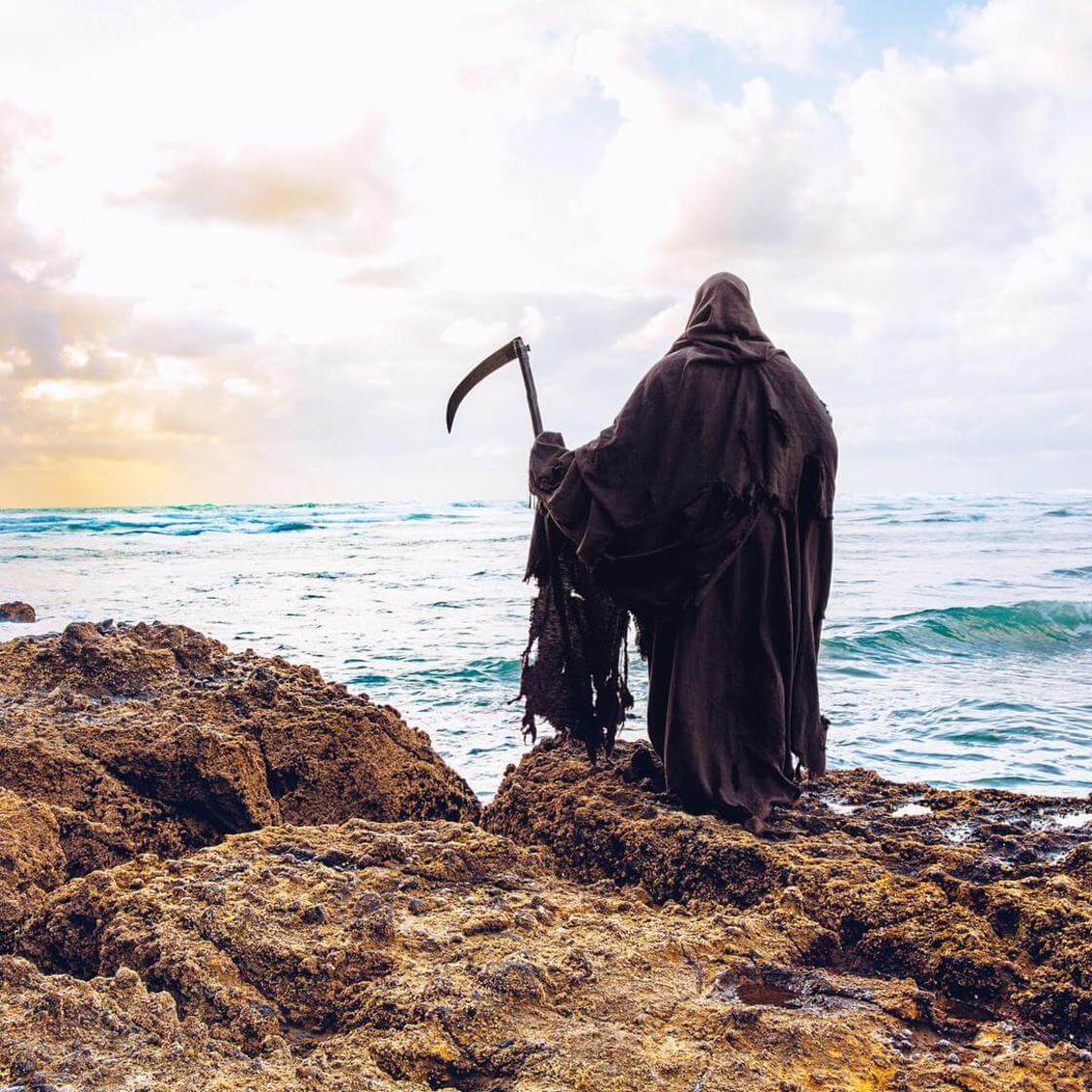 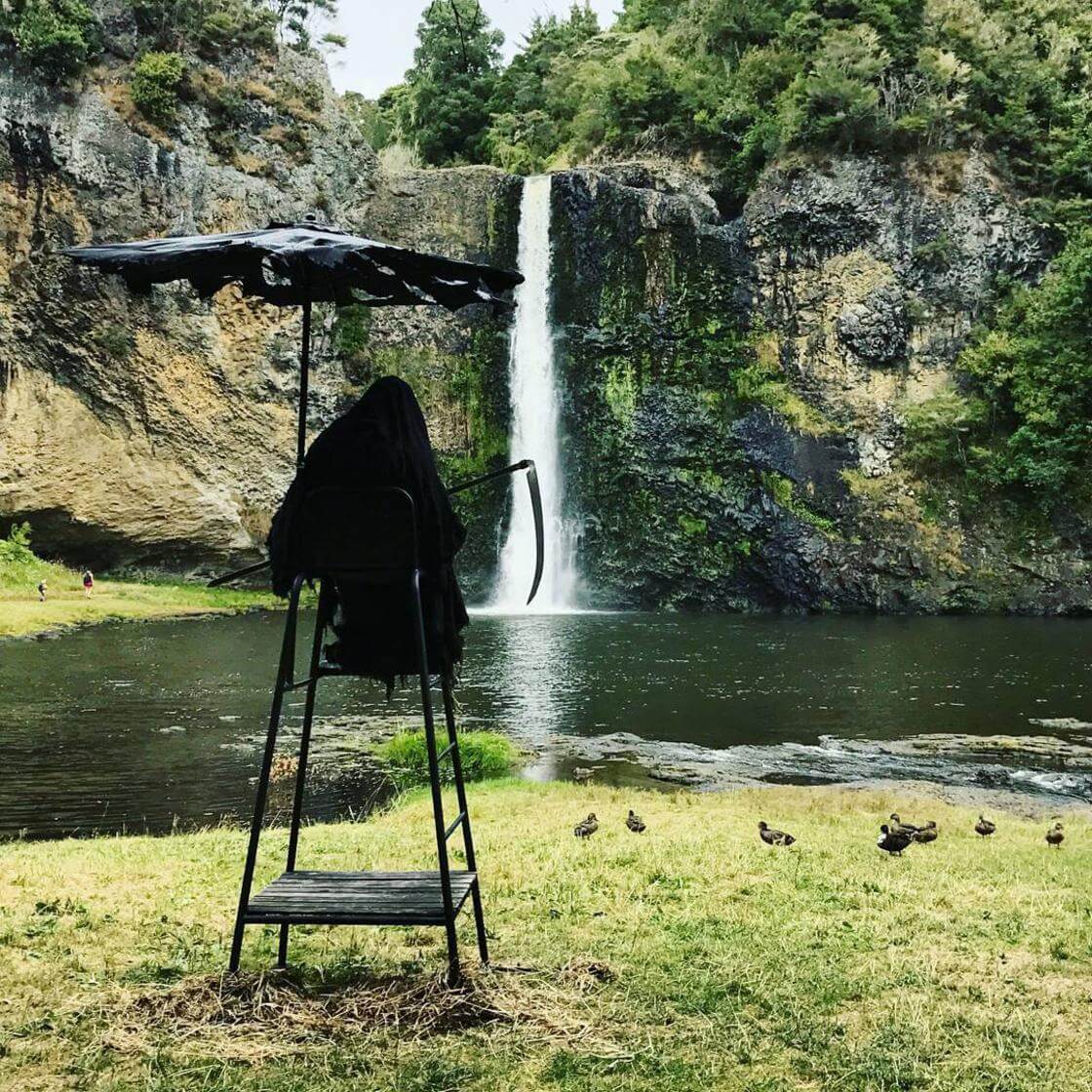 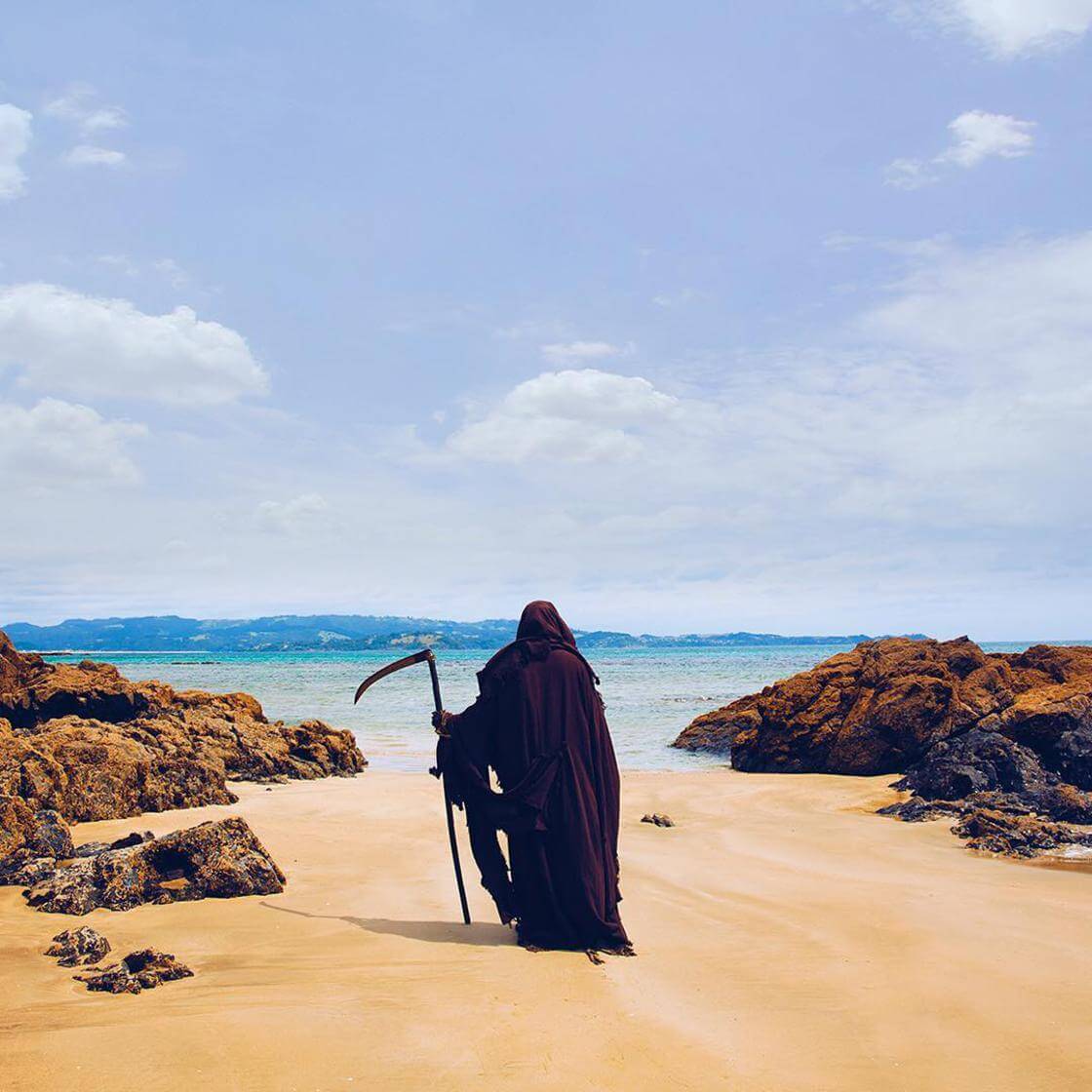 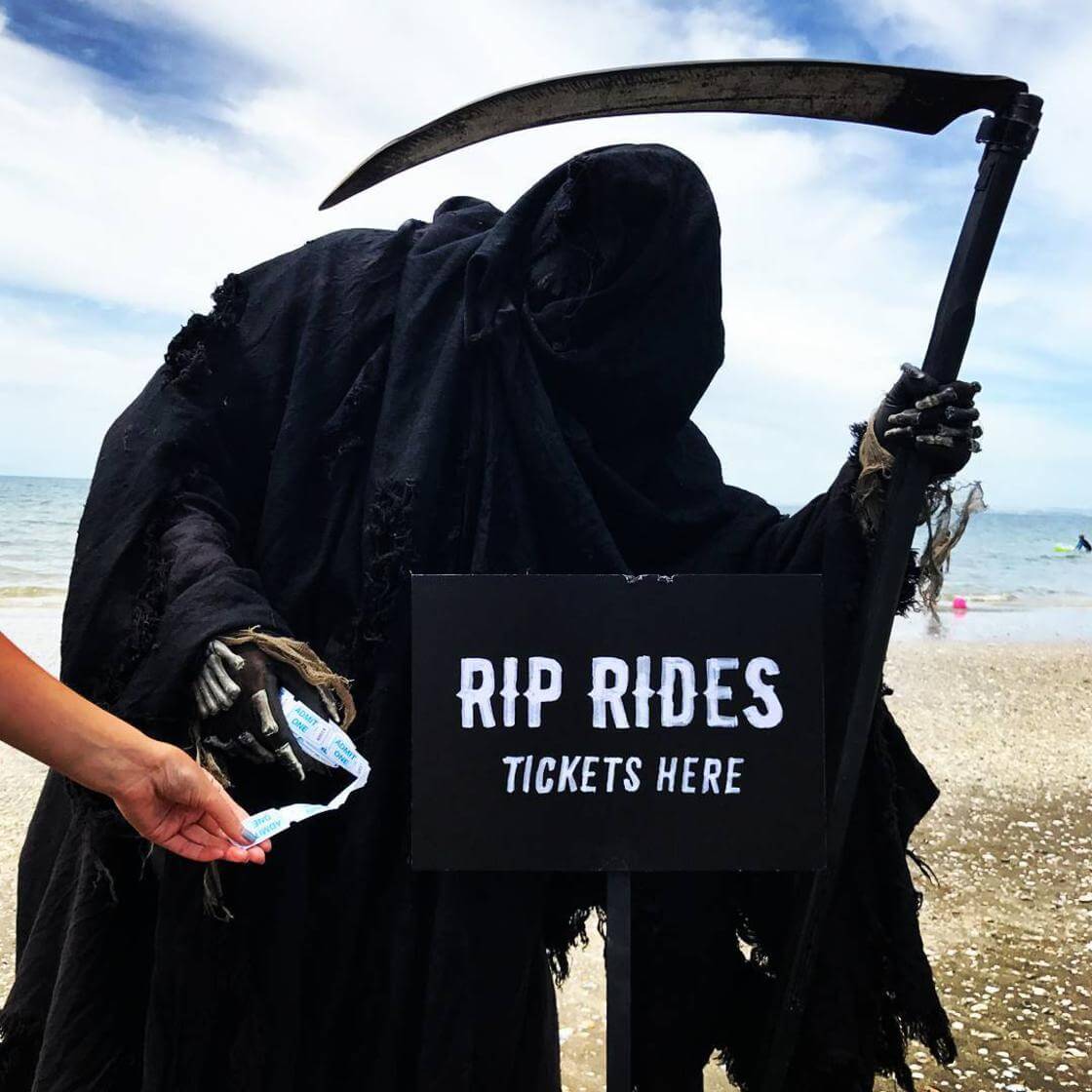 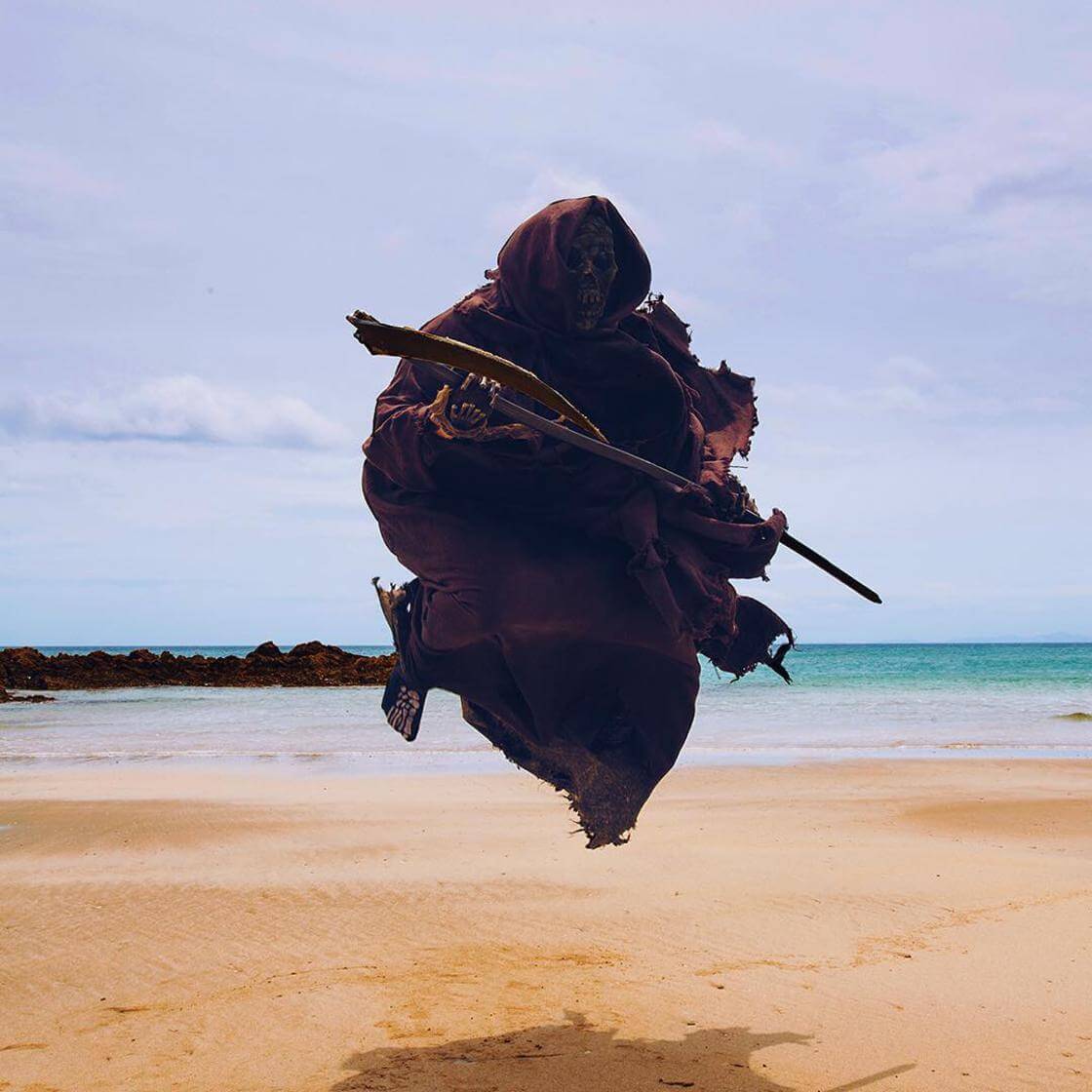 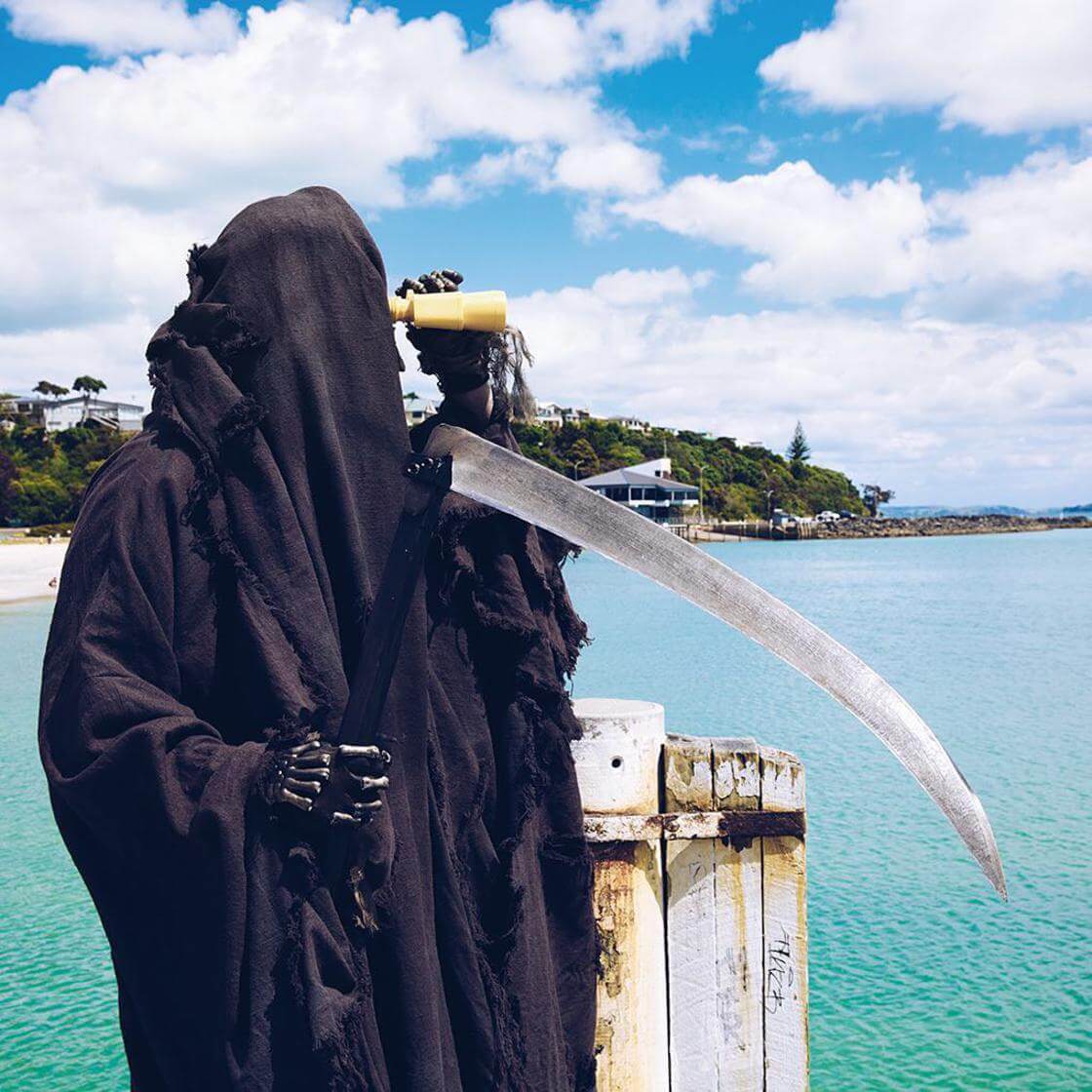 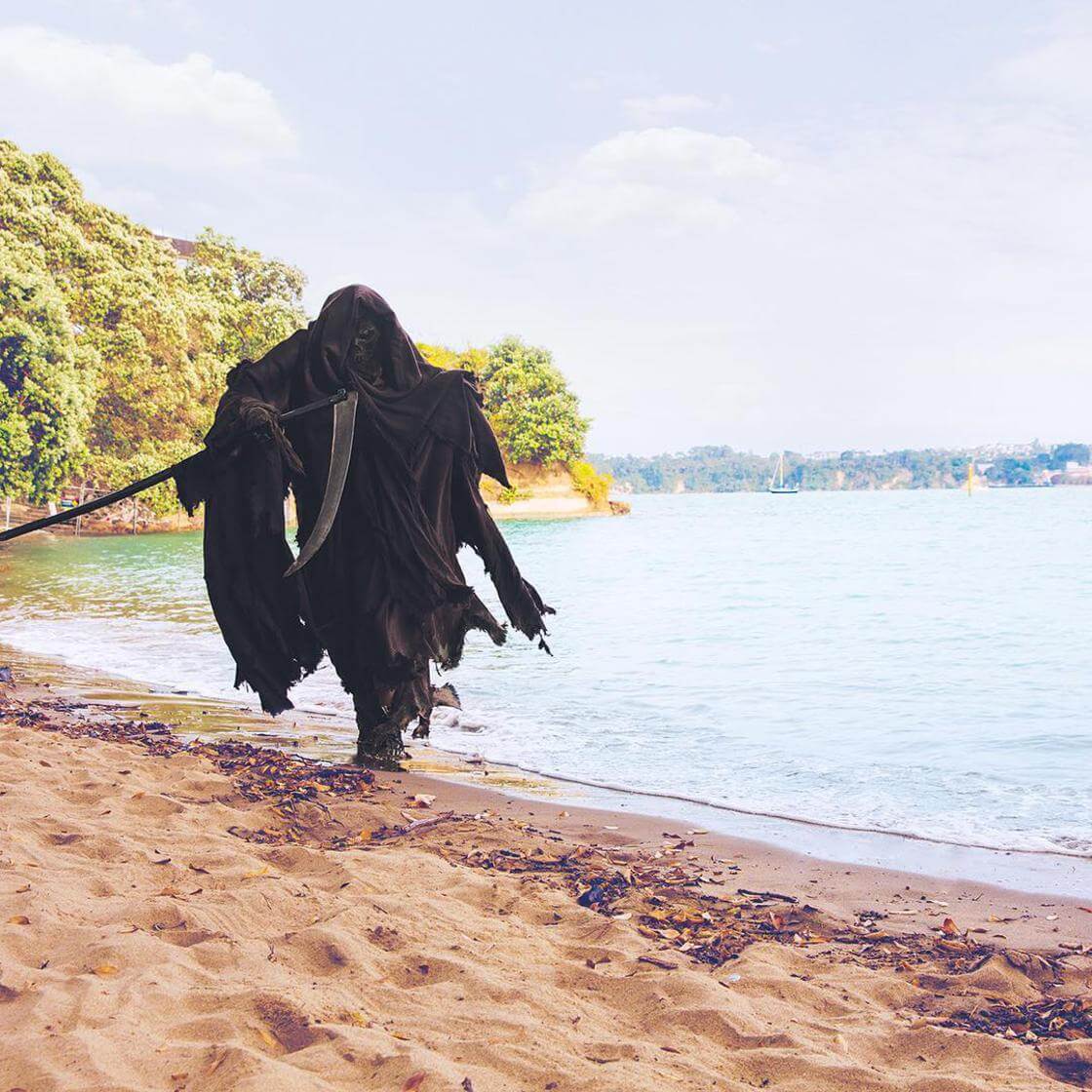 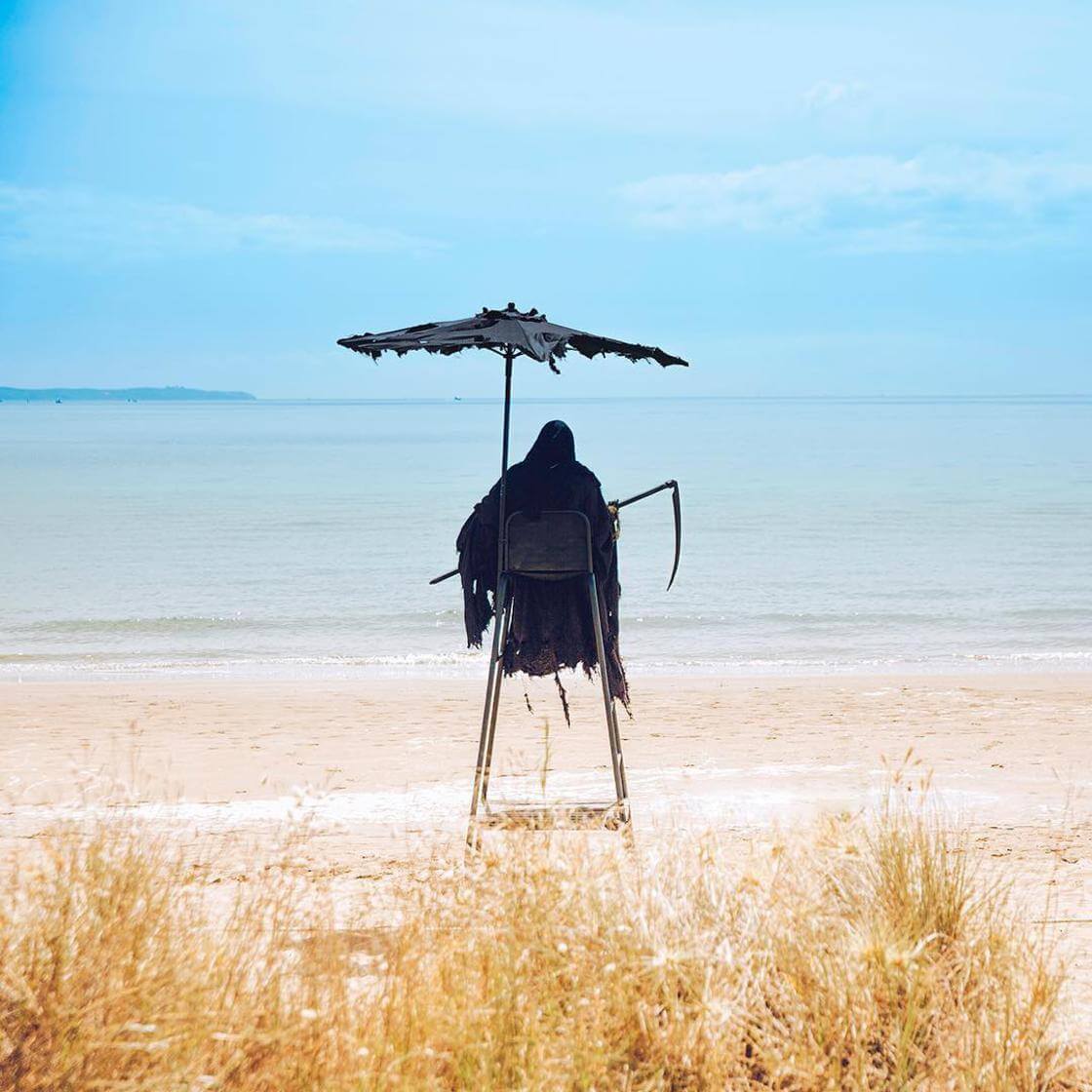