Saturdays Are For the Boys is a catch phrase from the sports culture where guys save this day of the week for their friends.

Saturdays Are For the Boys is a catch phrase related to the blog Barstool Sports. It turned into a hashtag about male fraternity as soon as it appeared online.

We all love Saturday because it is the day of the week when we can sleep in, meet with friends , spend more time with the family and Boys use it for  their bro moments together.

Saturdays Are For the Boys – The origins

Everything started with a Tweet as often the best memes online do. Barstool writer Feitelberg ( @FeitsBarstool) tweeted on June 11th,2016 :

– some old guy just yelled that, it makes no sense, but I love it”

And quickly it spread

Twitter followers responded to Feitelberg’s tweet with a GIF and many pictures containing the famous phrase “Saturday Is For The Boys.” After seeing this very positive response to his catchphrase, Feitelberg decided to write a blog post about the phrase adding his favorite responses to it.

Soon after, the hashtag begun to be shared by men and associated with videos in which they performed their various acts of drunken crazyness.

The hashtag became quite big both on Instagram and Twitter. Moreover, the catchphrase was shared by important sport figures such as Rob Gronkowski,Noah Syndegaard, and Michael Phelps.

Barstool considered at this point to start selling shirts on which the popular phrase was written (Props! Work smart, not hard).

Even The New York Post felt the need to cover the story and write about the hashtag. During the early months of 2017, Barstool writers made many video shots with different athletes saying the phrase.

You should definitely check out the best Saturdays are for the boys memes: here are our favorites!

1. We all love it, and we all agree it makes no sense! 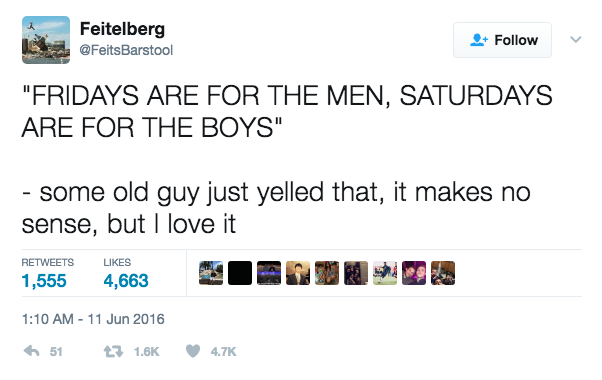 2. Saturdays are for the boys, but do you have big enough bottles? 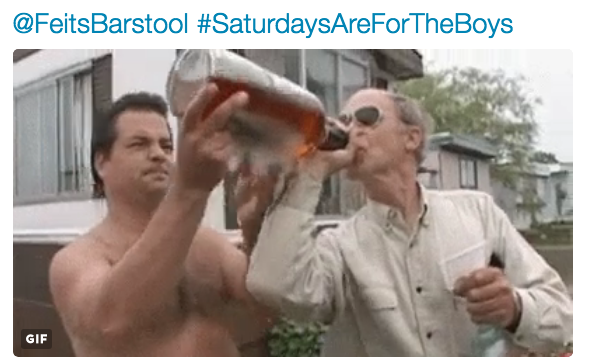 3. Saturday is for the boys also when it comes to Seinfield! 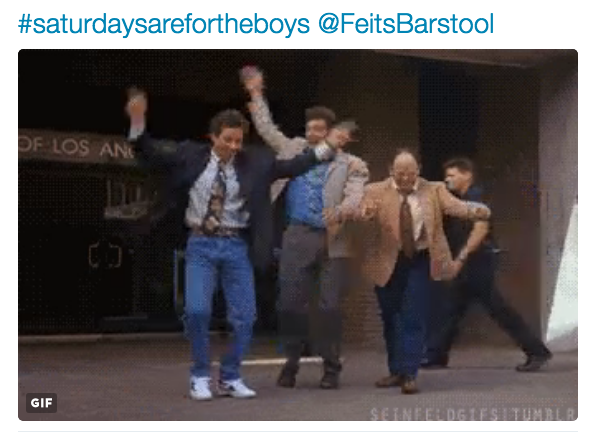 4. Can girls come, even if Saturdays are for the boys? 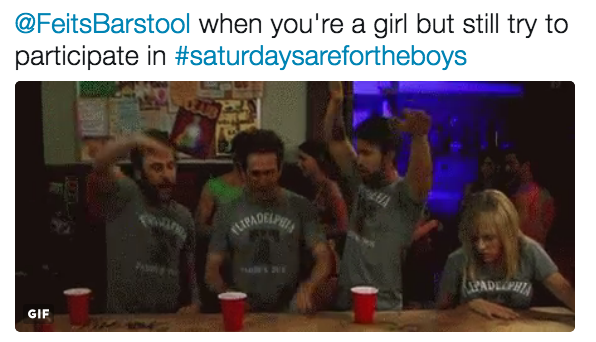 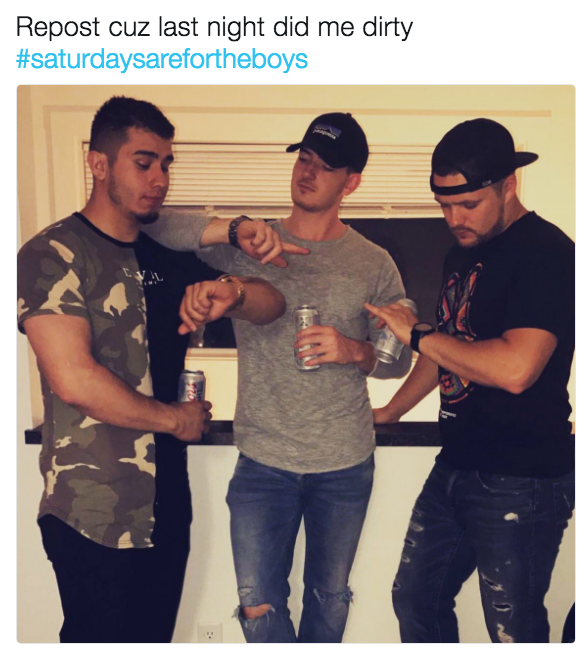 6. Saturdays for the boys, and for matching wedding outfits! 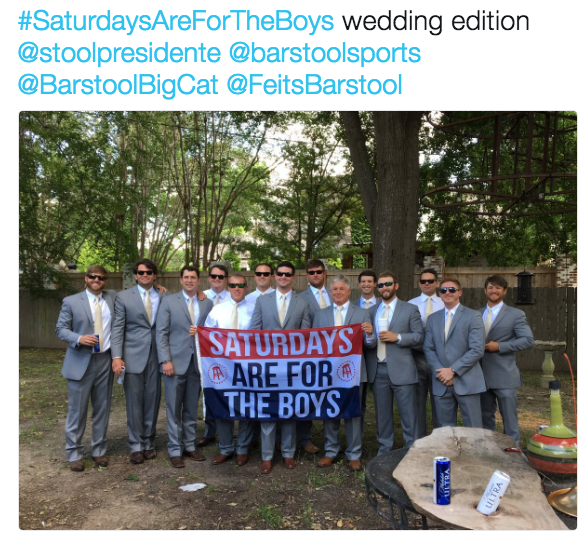 7. Proms are for the boys edition! 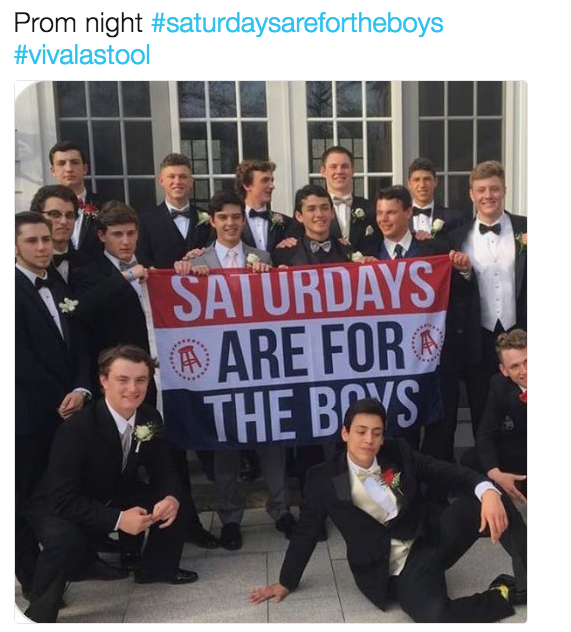 8. Even children know that Saturdays are for the guys! 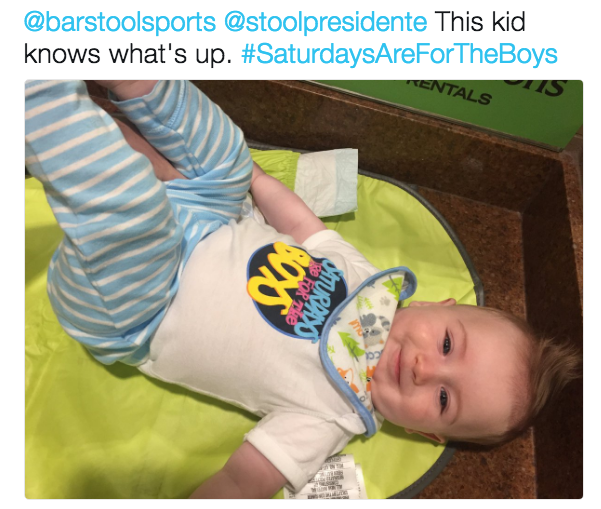 9. Saturday is for the boys even within the navy! 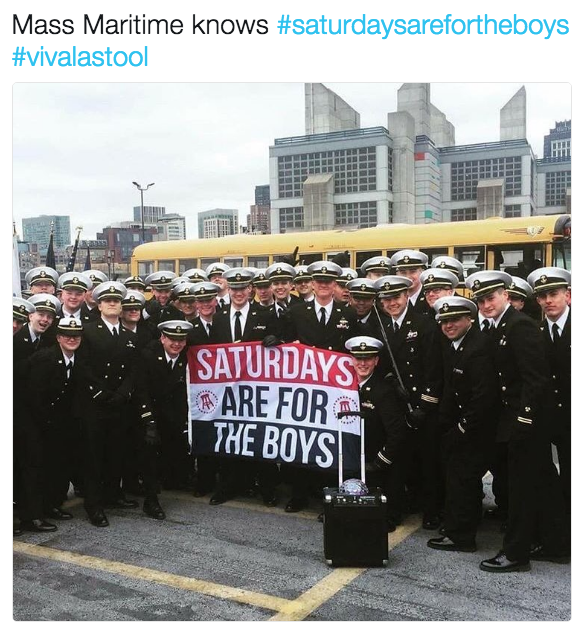 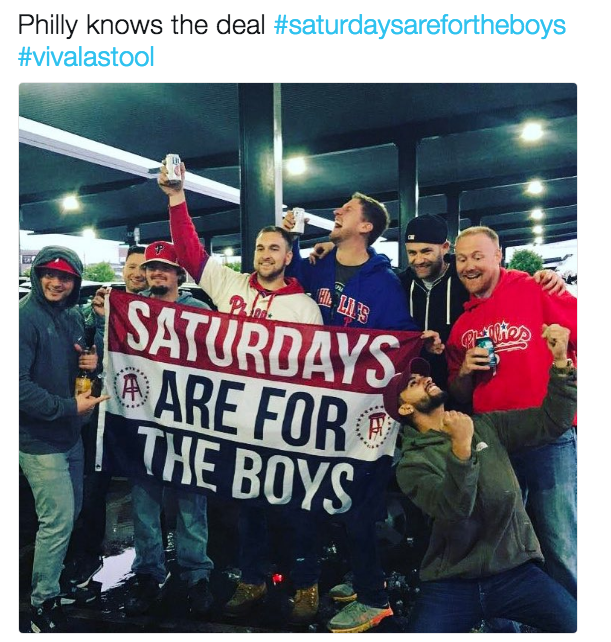 11. Saturday are for the boys and also for golf! 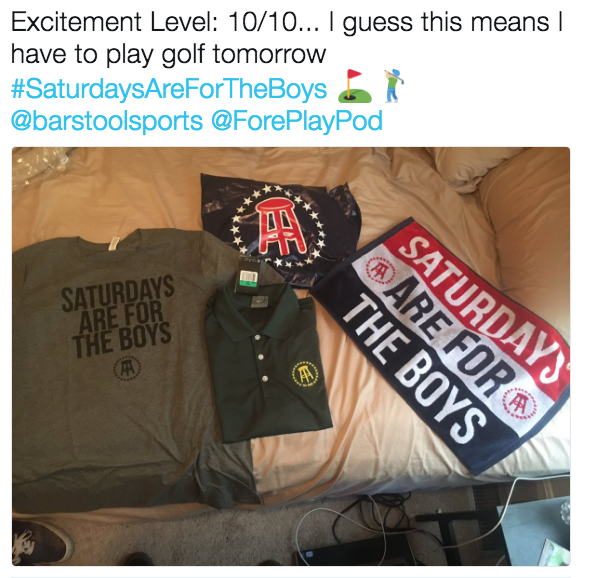 12. Last weekend with the boys was SO fun! 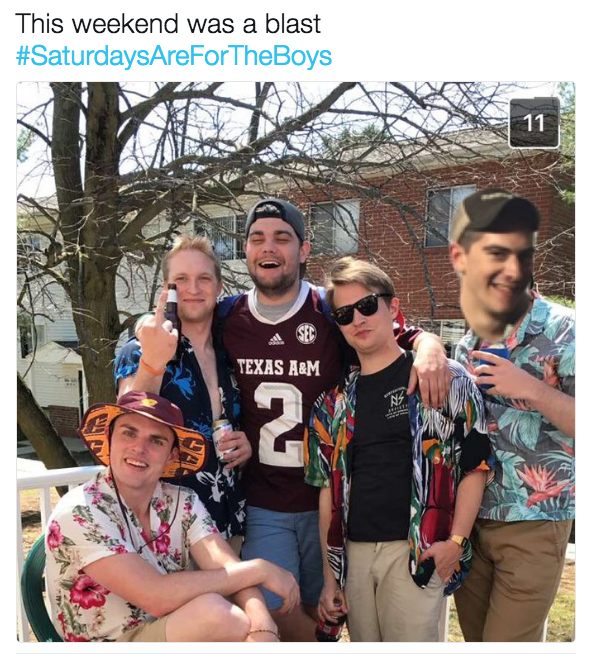 13. When the girlfriend texts to see if you want to do something on Saturday, but the boys already booked you for the next thirty years! 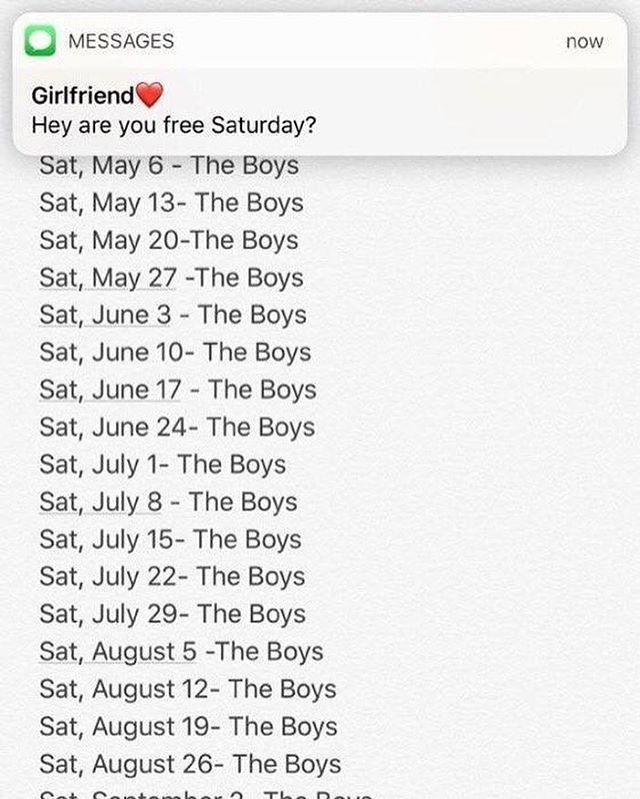 There is nothing left to say, except “Saturdays are for the boys.” so go meet your bros and don’t forget to share this post with them to celebrate your bromance. Happy Saturday!

When you are done, remember to check our other amazing posts! You won’t regret it!

Buy My Mixtape – How Hot is Your Mixtape? VERY HOT!

Buy My Mixtape - How Hot is Your Mixtape? VERY HOT!