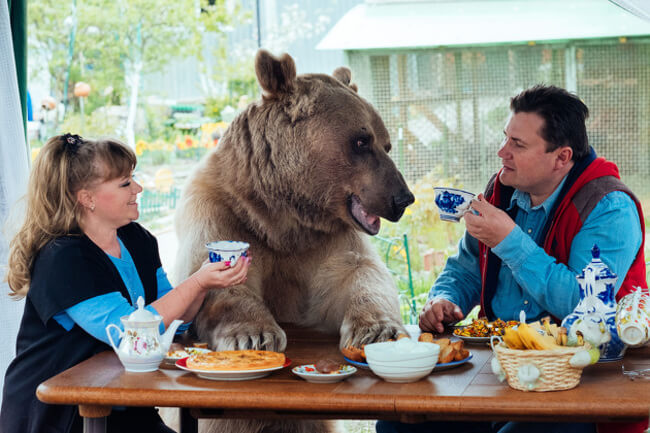 A lot of people have pets in their home, some have dogs, some rabbits or cats, and i think that one of the main reasons us humans don’t get lions or say bears as pets is because, and i wanna be sure here…we don’t want to die. Don’t get me wrong, bears are cute and everything, but they can also kill you with one stroke. With that information passed, please meet Stepan, a 23-year-old bear who lives in Russia.

Stepan has a pretty normal life as a pet, he spends his days chilling with his owners Svetlana and Yuri Panteleenko who oddly enough, has no fear of death. 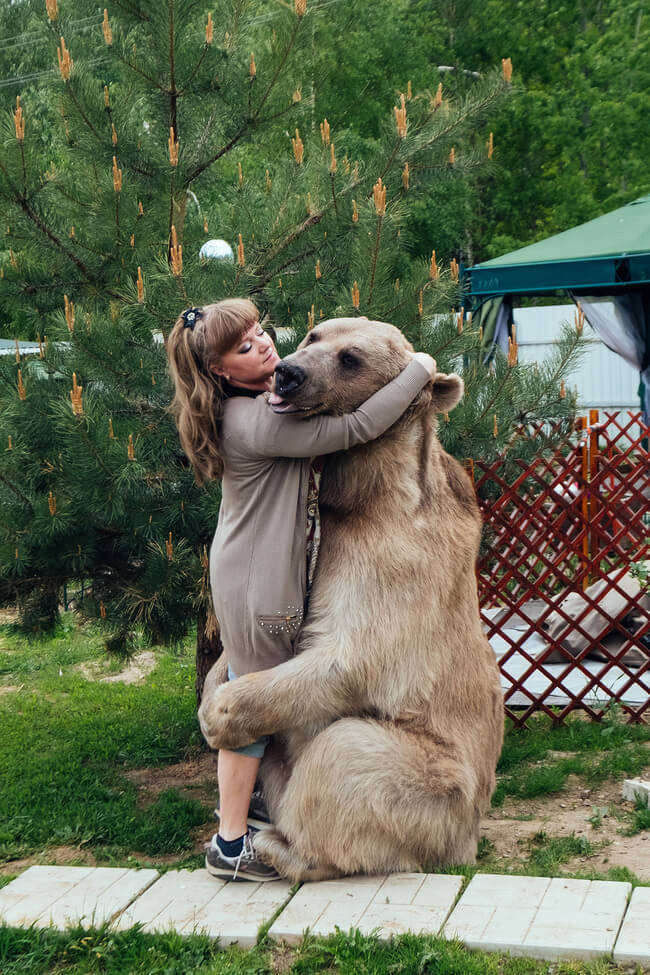 This 7-foot tall furry animal was adopted by the couple when he was only three months old, which means he is tamer than other bears who grew in the wild.

Svetlana said: “Stepan likes nothing more than to cuddle up with us on the sofa at night while we’re watching television. When we adopted him, he was only three-months-old and had been found by hunters in the forest having lost his mother. He was in a very bad condition.”

Svetlana added: “He absolutely loves people and is a really sociable bear – despite what people might think, he is not aggressive at all. We have never been bitten by Stepan.”

Stepan meal routine is a huge deal. Everyday he snacks on 25 kilos of fish, eggs and veggies. He plays like a normal pet and goes with them wherever. 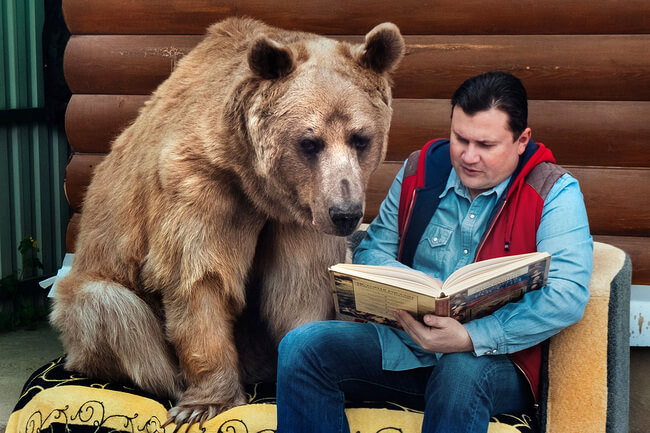 This isn’t the first case where someone adopted a bear pet though, in the 18th Century a poet named Lord Byron wanted to bring his dog pet to the University of Cambridge where he attended, after he was strongly banned from doing so he got a bear as a pet just for spike. In the UK it is forbidden to have a bear as pet, you need special license to do so. But some people are trying to figure out if it’s ok or not: