Meet Michael Paul Smith, he is a model maker and collector of model cars, he is also a self-taught photographer and he is a master at creating incredibly accurate outdoor scenes using only his extensive model car collection and forced perspective. Smith works outside, using miniature cars , detail items and buildings and combining them with the real world he shoots his made up town he calls ” Elgin Park ” and all of this wonder is created with a simple point and shoot camera. 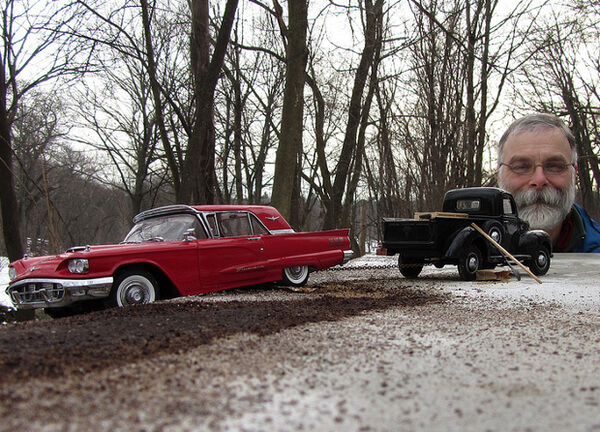 Smith has been photographing and modeling for 25 years , he has an incredible attention to details that is clearly shown in the scenes he created , the funny thing is, Smith says he is ” math challenged ” , this means that when it comes to properly framing the forced perspective, he uses his eyes only , but he has over 25 years of experience in doing that so he has an uncanny ability to do this right on the first try, and in case he doesnt, he just goes up and drags his table into the correct spot. 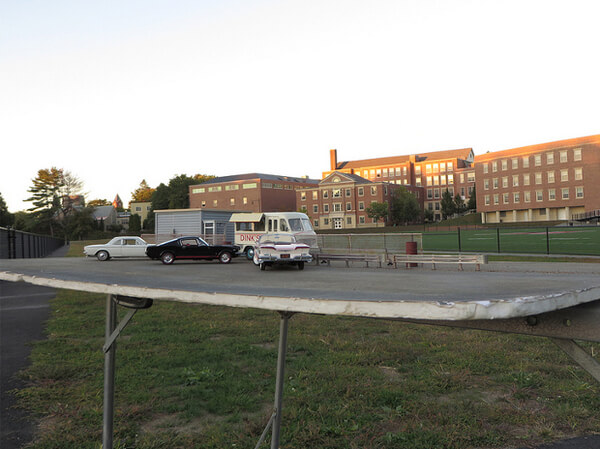 The model cars he uses for his shots are extremely detailed, some of the cars have seats that move on rails and glove compartments that open and close , but this is not the fascinating part of his work, the most interesting part of his process is that he does it all outdoors, using only natural light and a 14 megapixel Canon camera that you can get for $250 online, before using this 14 megapixel camera he used a 12 mega camera and before that a 6 mega-pixel that he says was his favorite because, wait for it….. 14 mega-pixel is too much resolution. 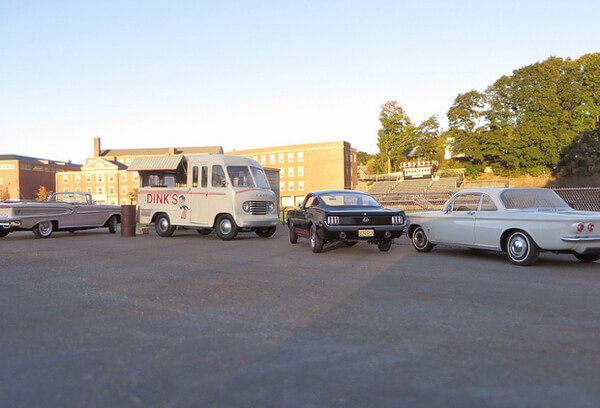 ” 14 megapixels is almost too much for what I need to take convincing diorama shots. There is too much information being recorded which makes every little detail show up in the photographs, When working with miniature, at least for myself, too much detail distracts from the actual scene” 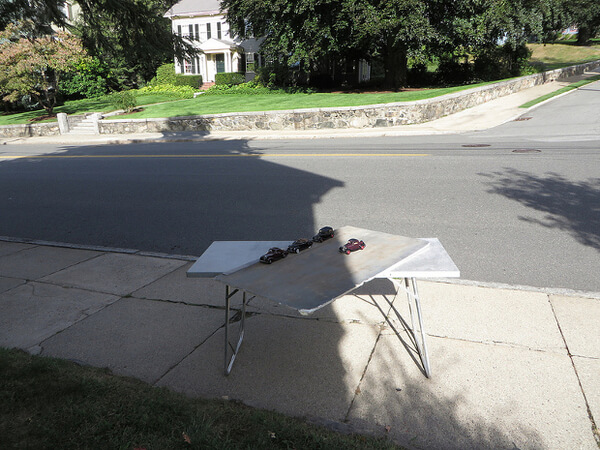 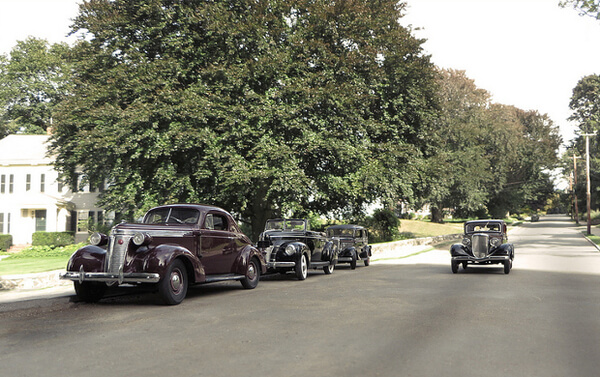 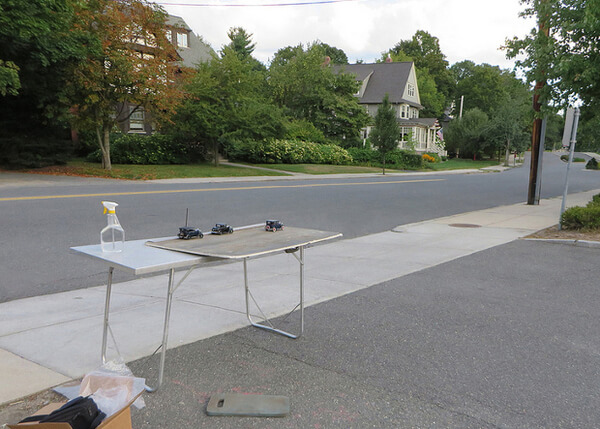 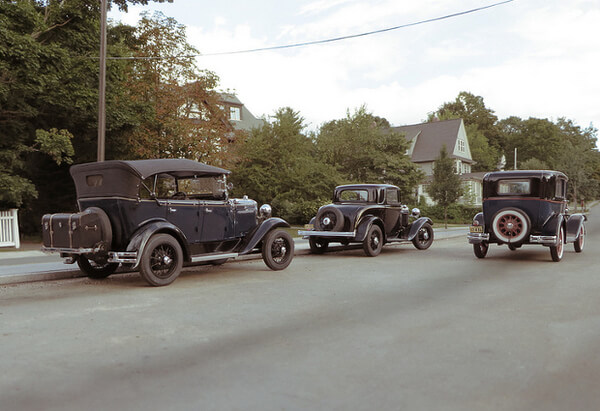 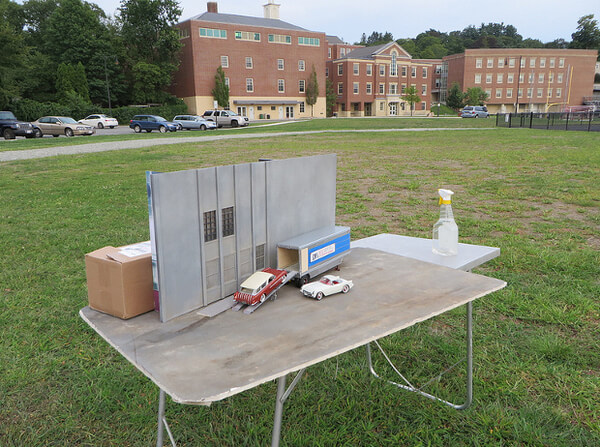 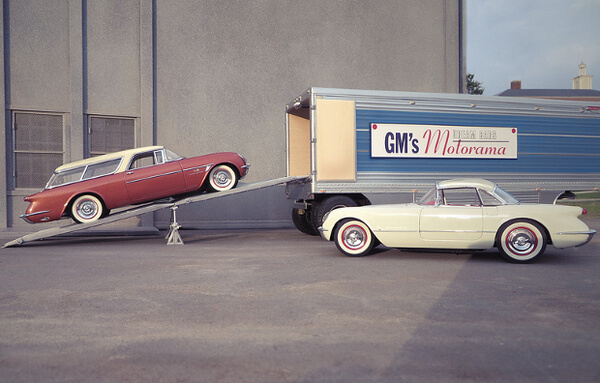 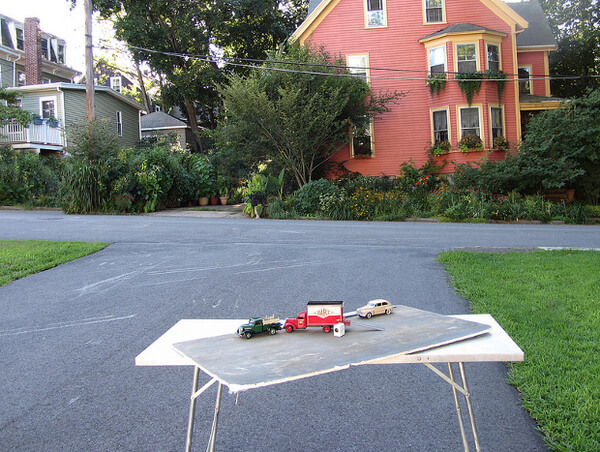 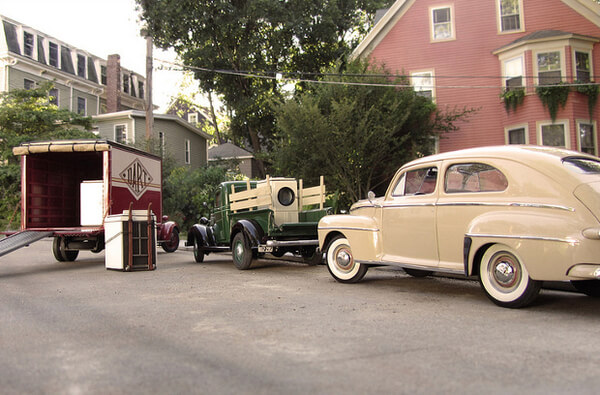 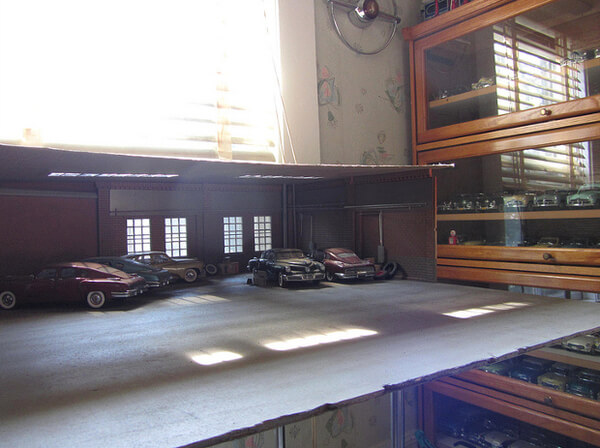 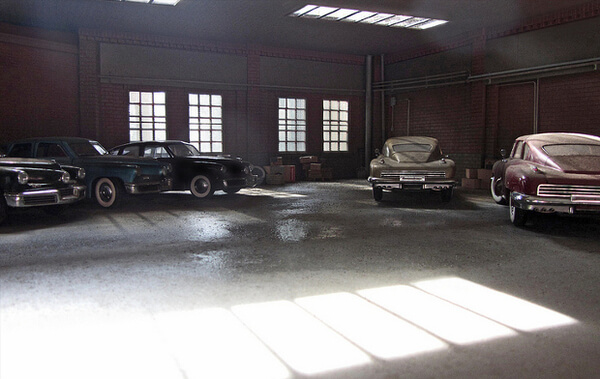 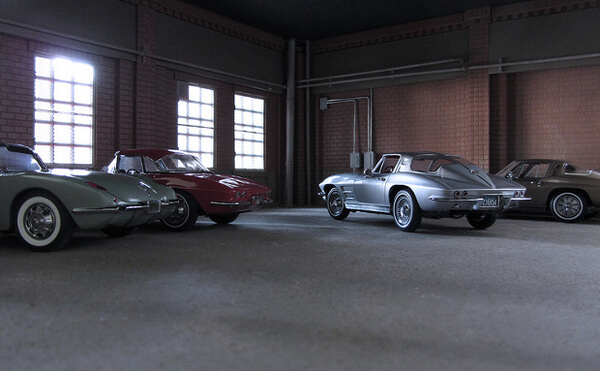 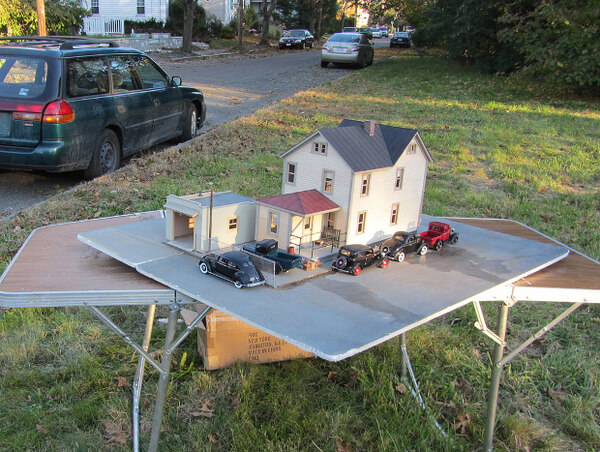 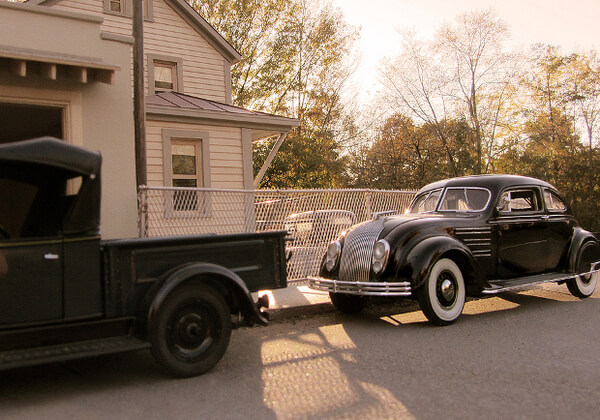 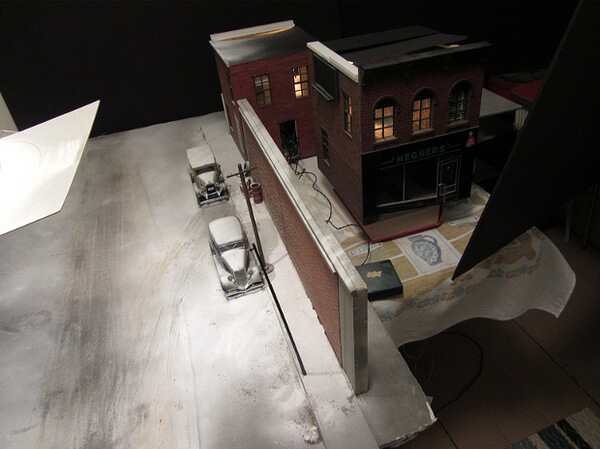 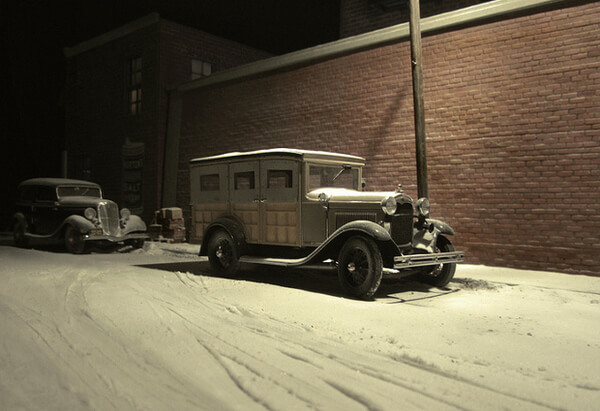 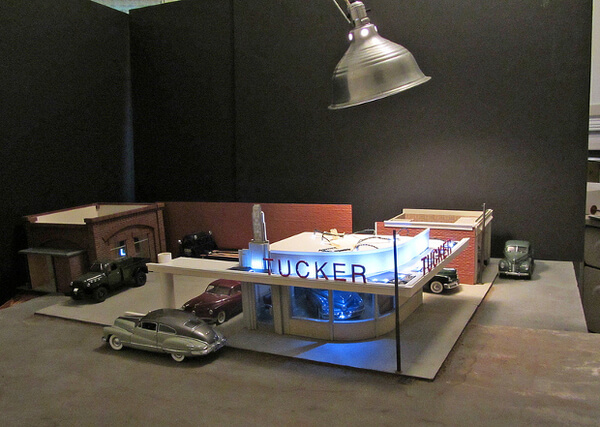 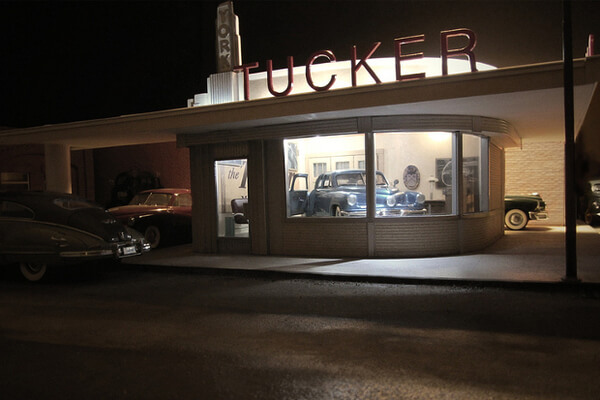 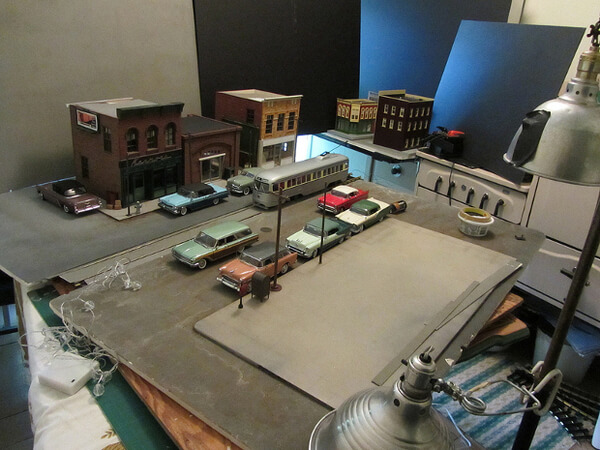 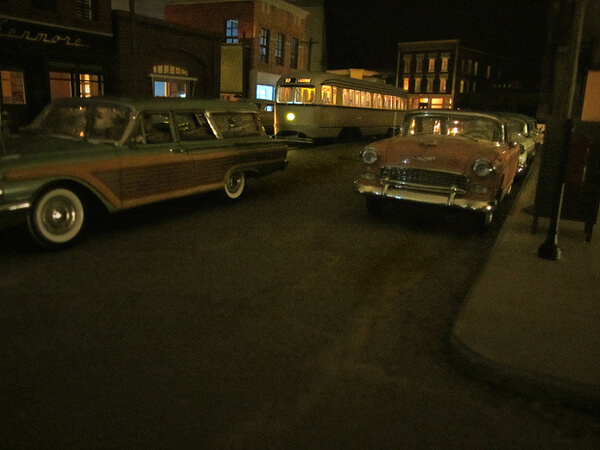 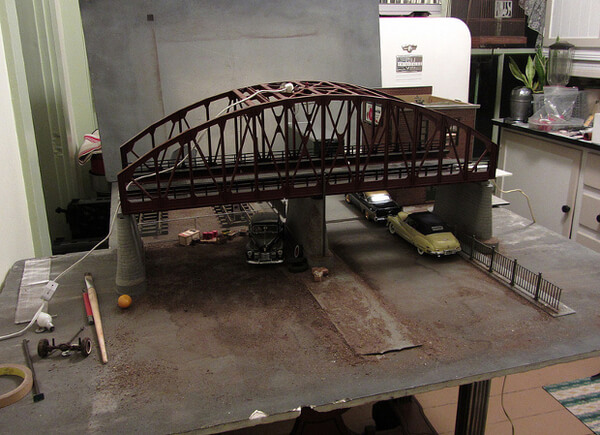 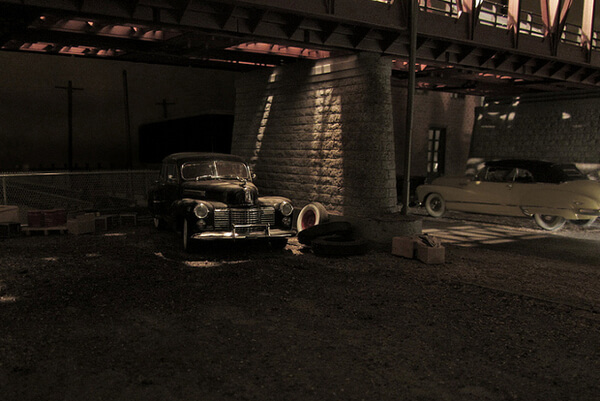