New York Daily News’ photographer, Marc A. Hermann is the author of a photography series called: “New York: Then & Now” in which there are depicted mainly New York crime scenes that took place decades ago. So far, so good, but what he does with these crime scene photos is something new and fantastic.

He takes an old photo of a famous crime scene or happening around New York, studies it and then goes to that place and takes a photograph of it. Then, he merges the two photographs, the old and the new one together to create some fine art.

“I grew up as a history buff, and since I started shooting for newspapers when I was 15, I always tried to envision what the city looked like to my predecessors in the 1930s and ’40s”, said Marc A. Hermann for Business Insider.  Hermann takes his old photographs from The Daily News photo archive where he discovered some pretty impressive 4×5 negatives which had never been published before. He then took some journeys down the exact same spots in the old photographs to see if he can align the old with the new.

“I’d have to literally occupy the exact airspace as the original shooter, tilting a little to one side, or having to squat down, or having to press up against a wall,” he told Business Insider. “This project allowed me to literally follow in their footsteps”.  The result of all this? You can check it out below. More info: Instagram

1. Brooklyn, 1942: Edna Egbert resists police by climbing onto her ledge 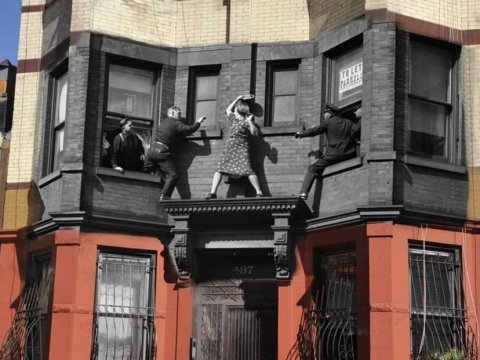 2. The Church of the Sacred Hearts of Jesus and Mary caught on fire on January 11, 1951 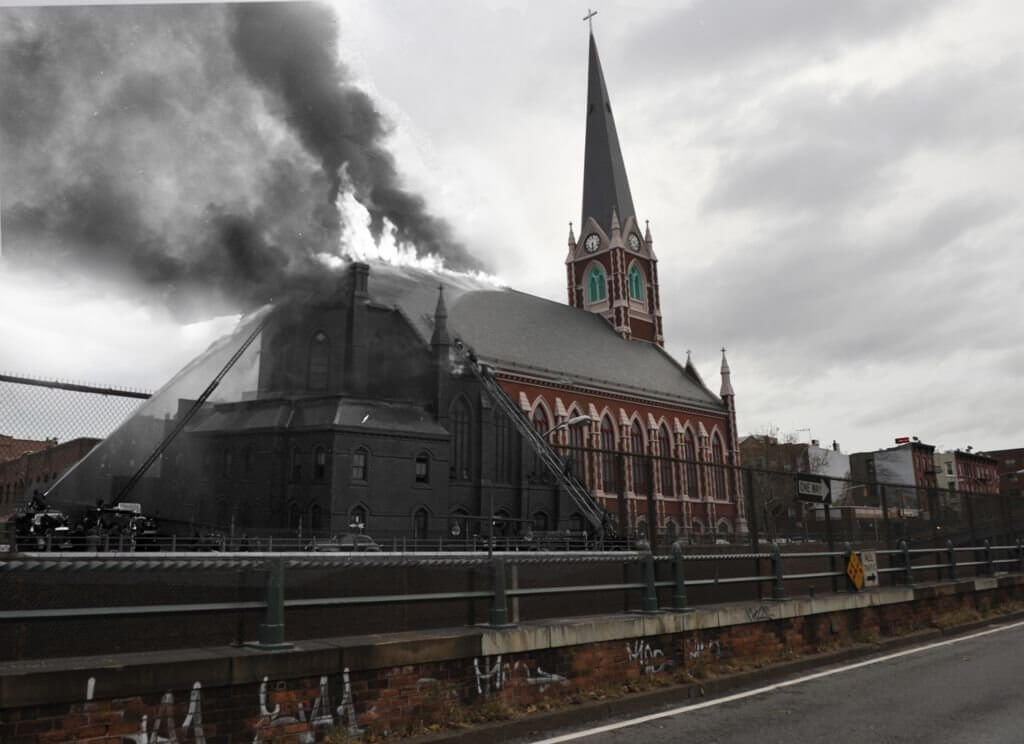 3. A recently-released inmate of the Brooklyn House of Detention stole a car with two friends to “go pick up some forgotten clothing” in July of 1957 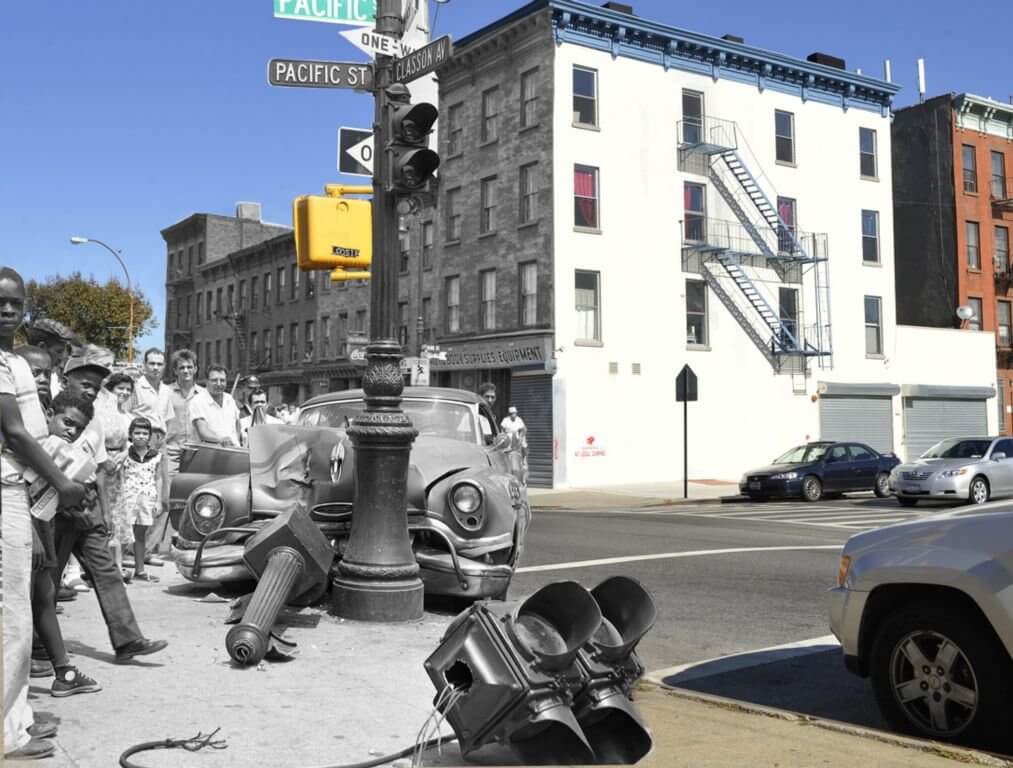 4. Brooklyn, 1928:The scene of infamous gangster Frankie Yale’s death. It wasn’t the crash that killed him, but the massive gunshot wounds he suffered while driving 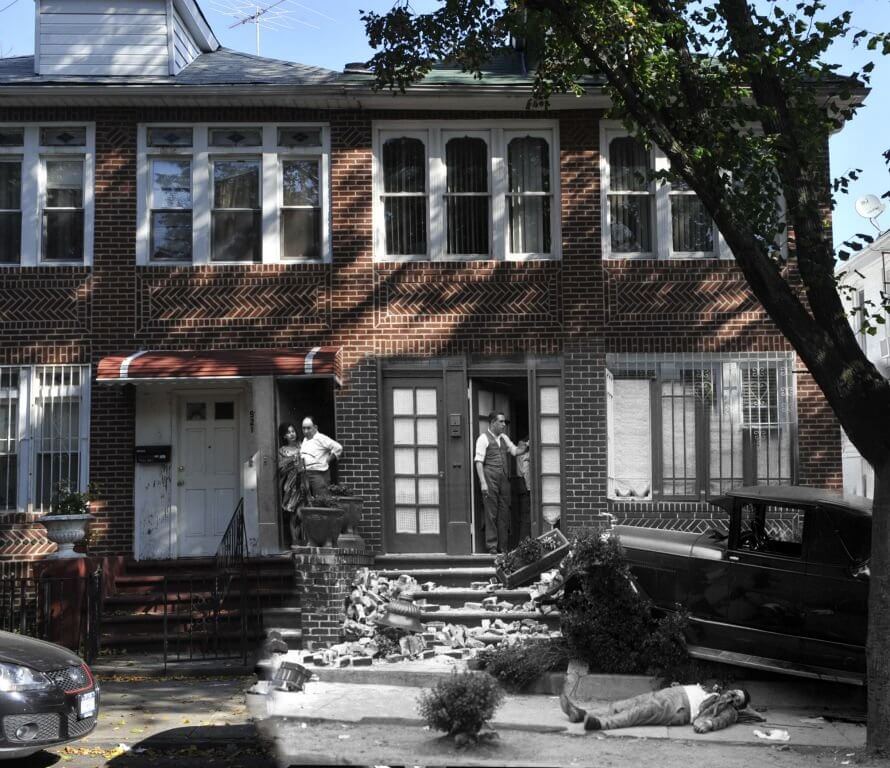 5. A leaking gas pipe caused a massive explosion on January 31, 1961 at this Downtown Brooklyn office building. It shattered storefronts and injured 28 people, but the building remains completely intact 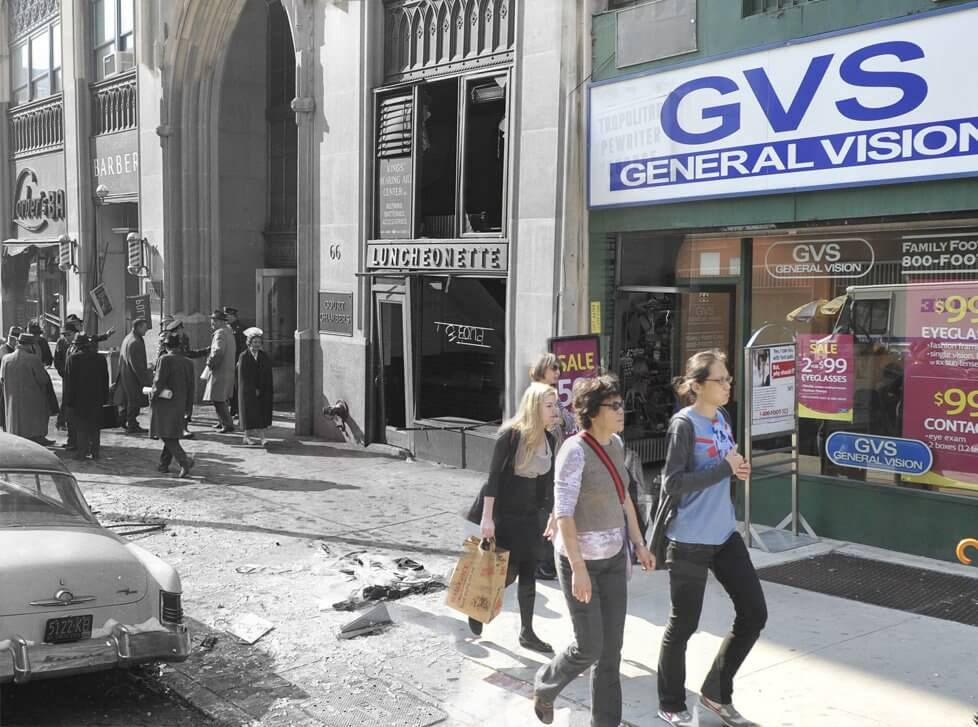 6. Kent Avenue, Williamsburg, February 1946: Firefighters trying to contain a blaze. Nowadays, the building is still standing, but it is only 2 stories high 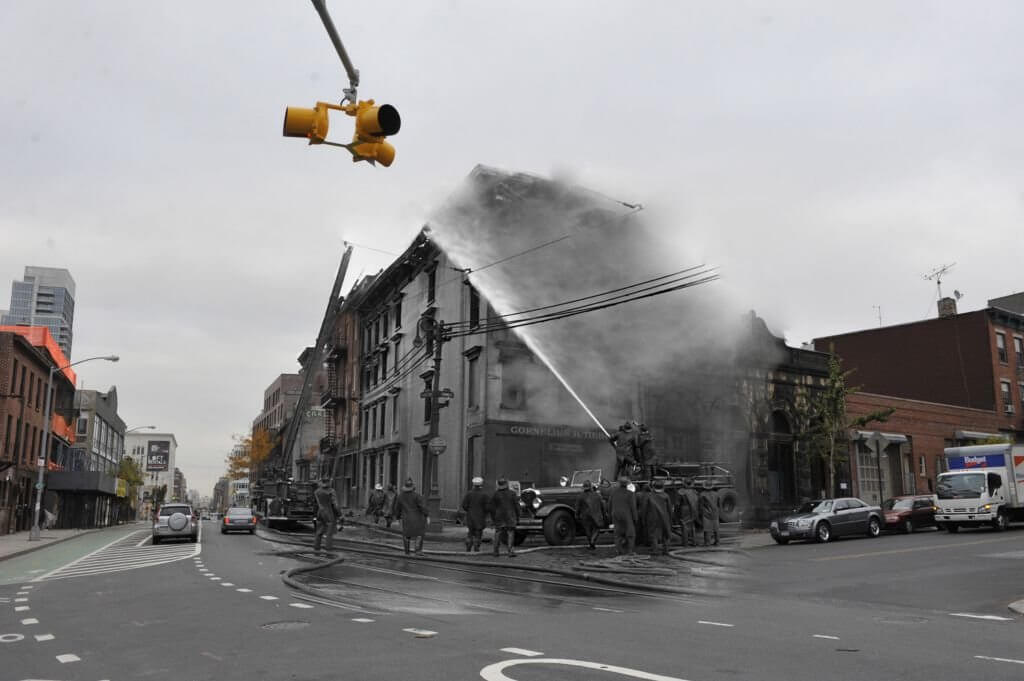 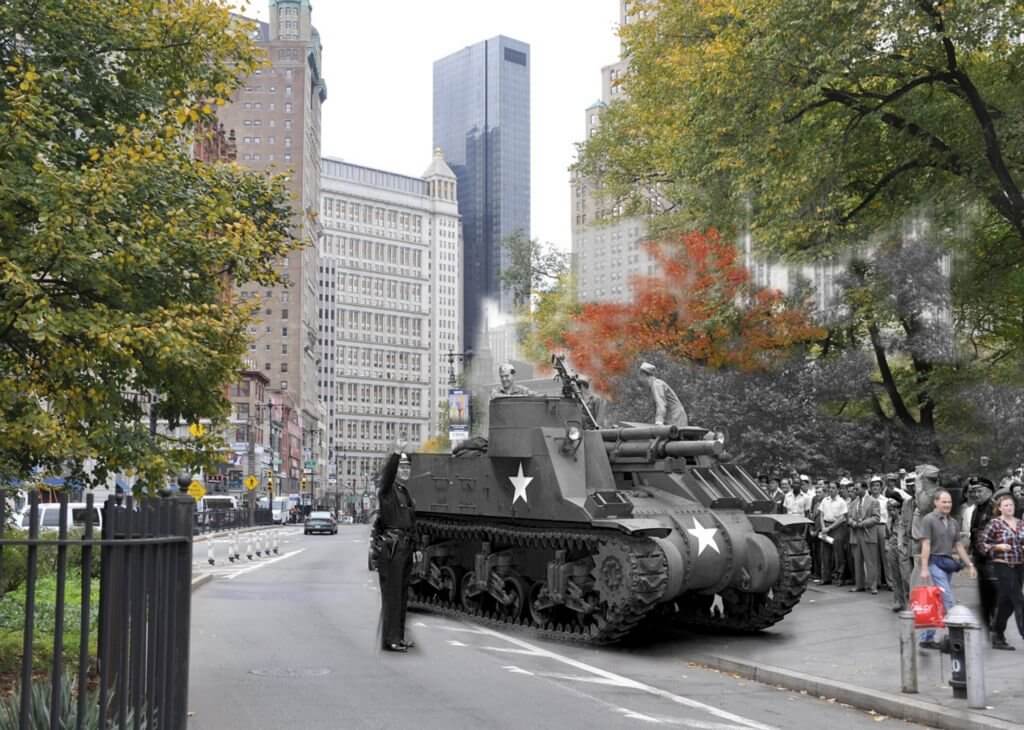 9. Pablo Melendez and Arcadia Santos met at a dance party, in 1959 and he offered to drive her home to Brooklyn, but lost control of the car and plunged into the East River. He survived, but she didn’t 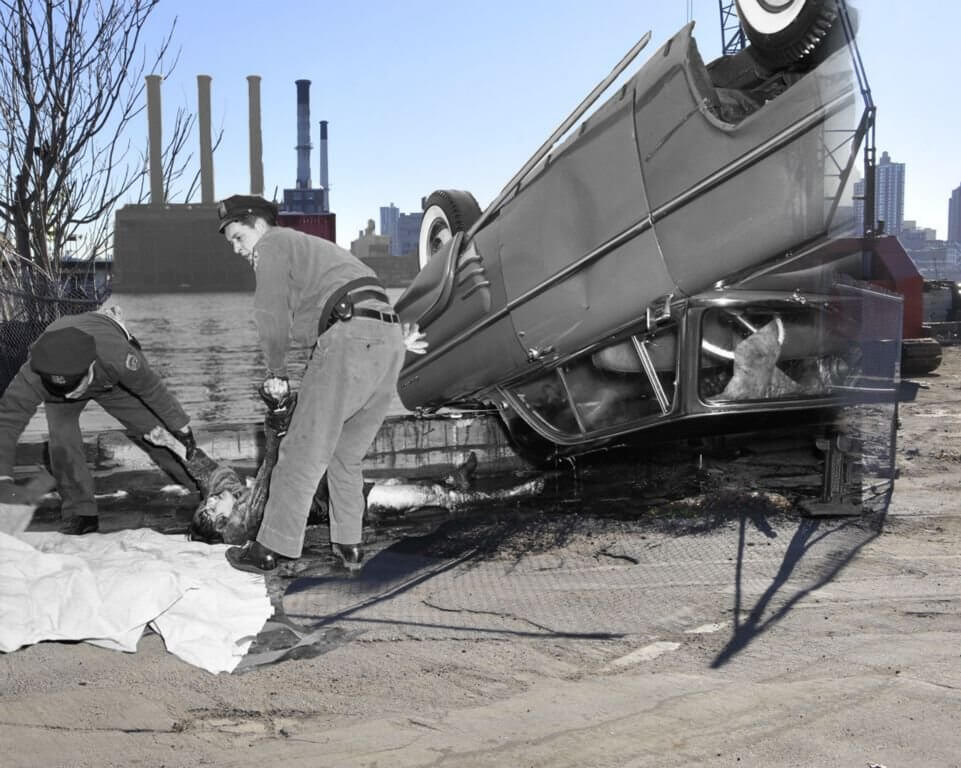 10. December 17, 1960 , Park Slope: 134 people were killed after 2 planes collided over Staten Island and both crashed into the intersection of Sterling Place and 7th Avenue in Park Slope 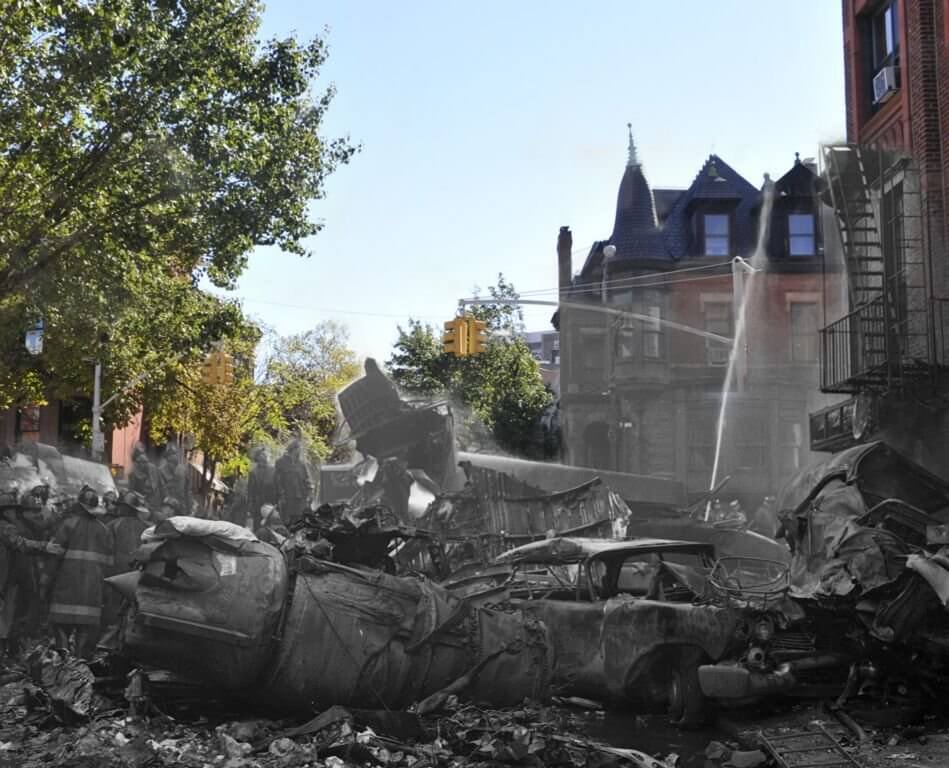 11. April 4, 1959: A three-year-old was killed by a car who crashed on the pavement. There are still scars on the brick building 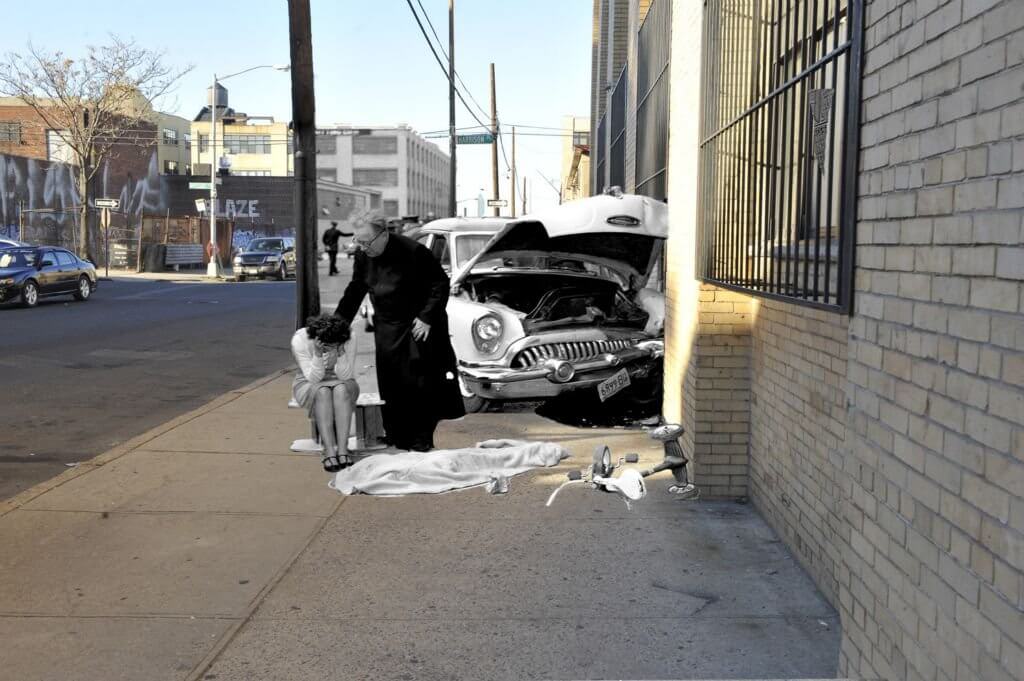 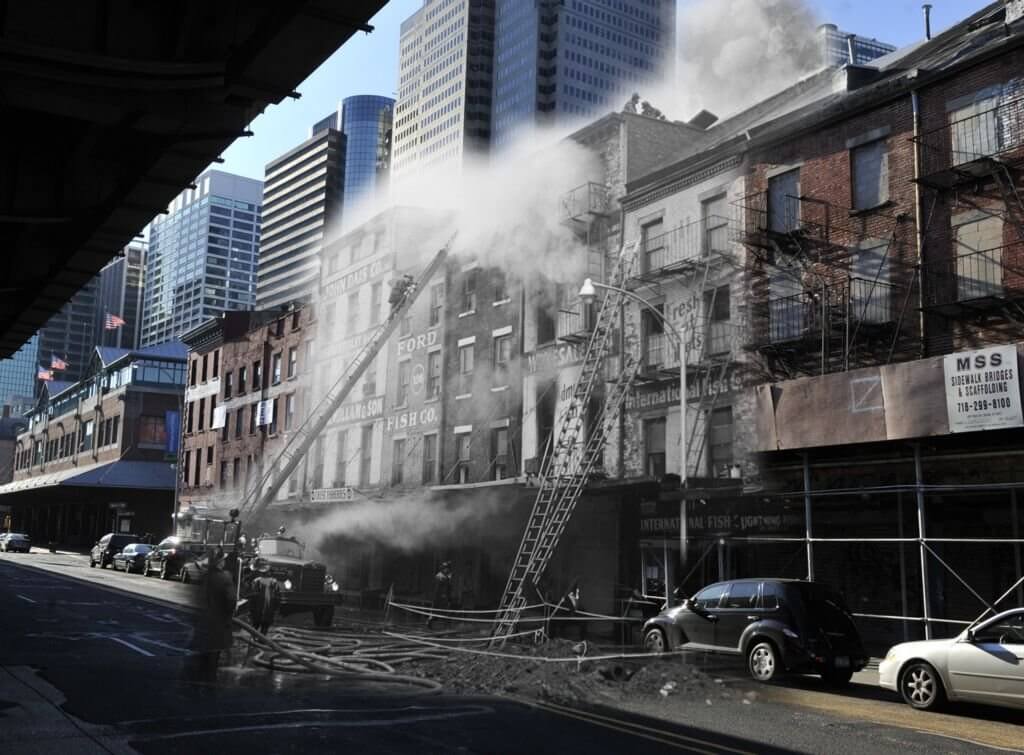 13. July 30, 1950: A policeman detective committed suicide near the entrance of Prospect Park, in front of a  lot of people who happened to be taking a walk around 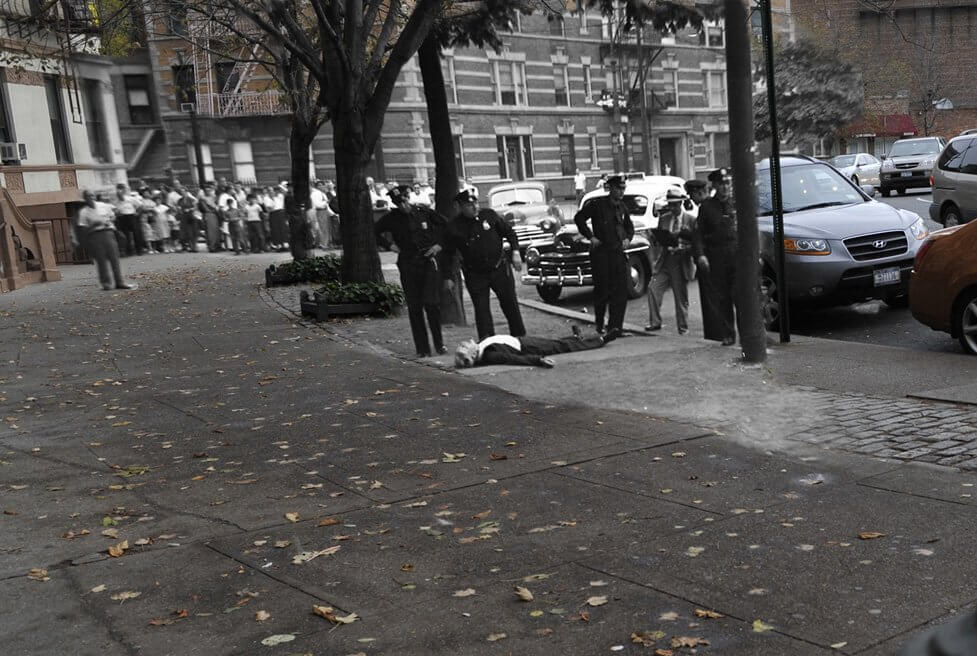 14. January 1957: Sammy Santoro gangster, known as “Black Hawk” was shot four times in the head at his home 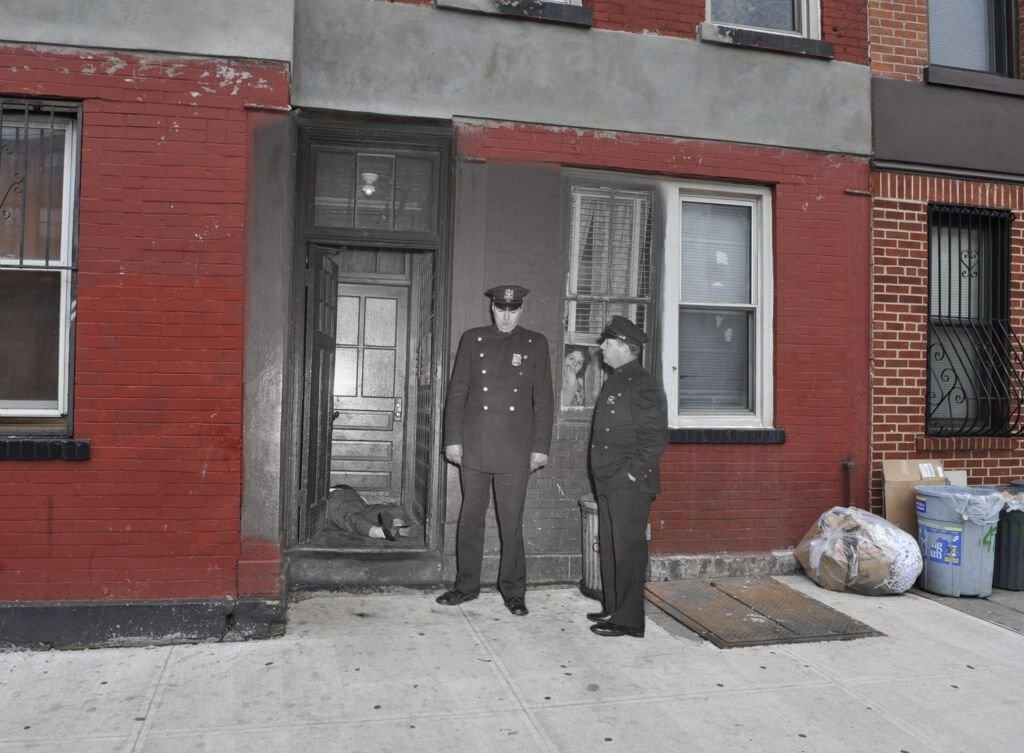 15. The Bronx, 1961: Josephine Dexidor holds her boyfriend’s bleeding body who had just been shot by Texidor’s angry husband 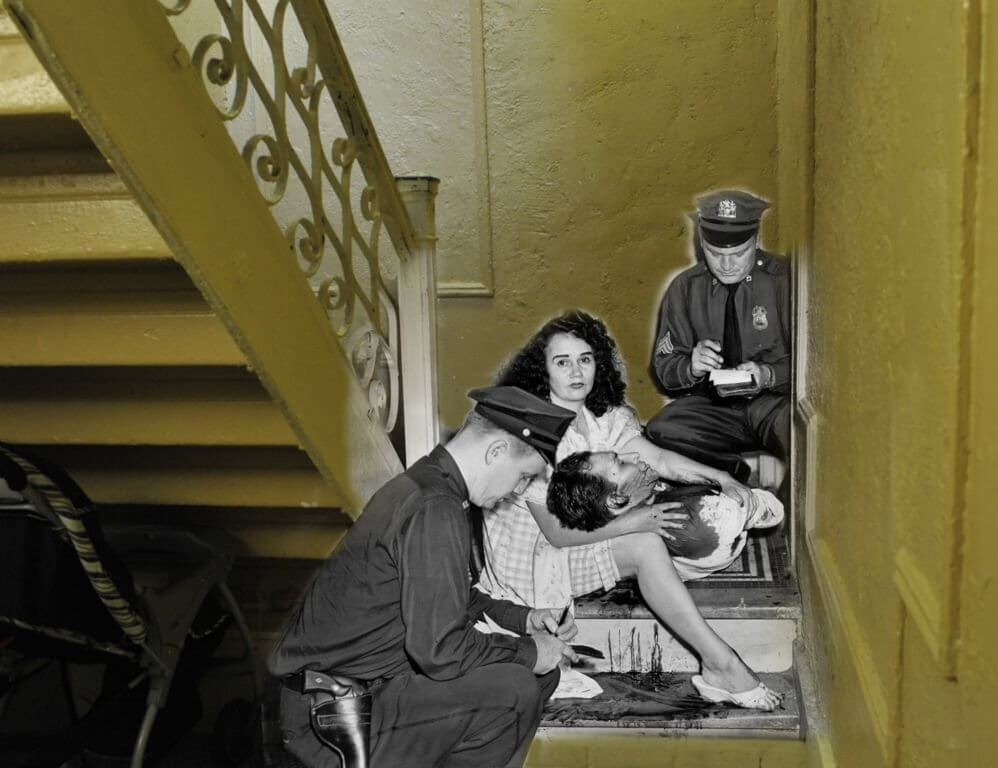 16. Wooster Street, 1958: A fire took the lives of two firefighters and four members of the NY Fire patrol. The building was demolished shortly after 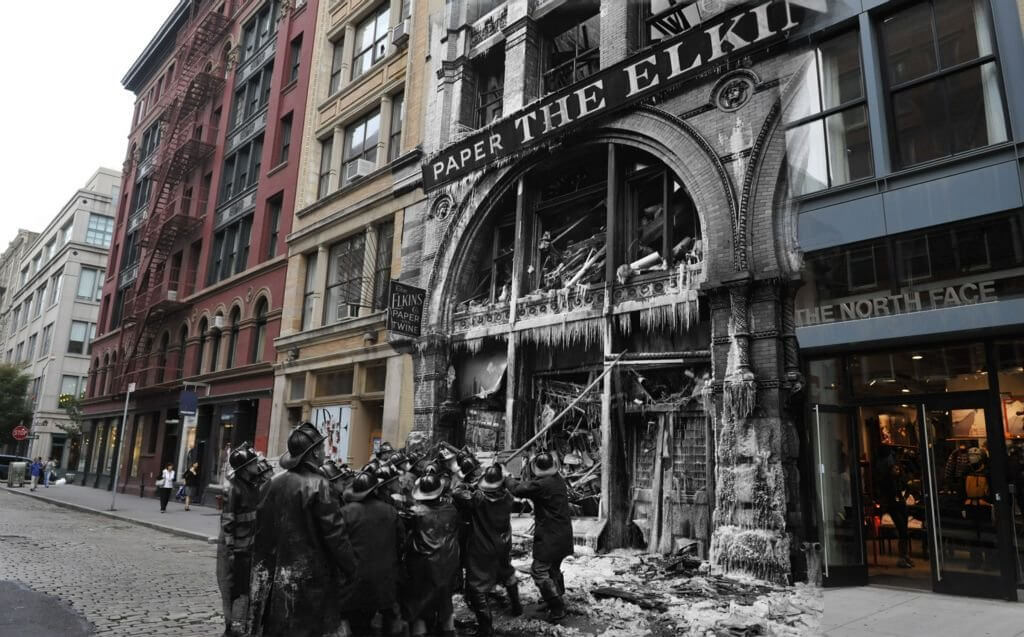 All images courtesy of Marc Hermann