Artist Carves A Miniature Railroad Sculptures Out Of Pencils

Artist named Cindy Chinn who is based in Nebraska, constructs a tunnel and train all by herself without anyone helping her. But these are only carved miniature trains and tunnels from a pencil, in case you are wondering, how she could do it alone.

With the pencil as her material, she intricately carves the wood and the lead to shape a train and tunnel where it passes through.the details and parts are very small, you will need a magnifying lens to carefully study the elaborate detail and intricacies so that you will appreciate the works of her hands. How she meticulously formed it into miniature train and tunnel will completely amuse you.

“I started with a regular carpenter’s pencil and carved away some of the wood, and used the lead to create a train” Chinn said. “This piece was designed using straight lead pieces for the rails, with the tiny carved train placed and securely glued on top of the rails” 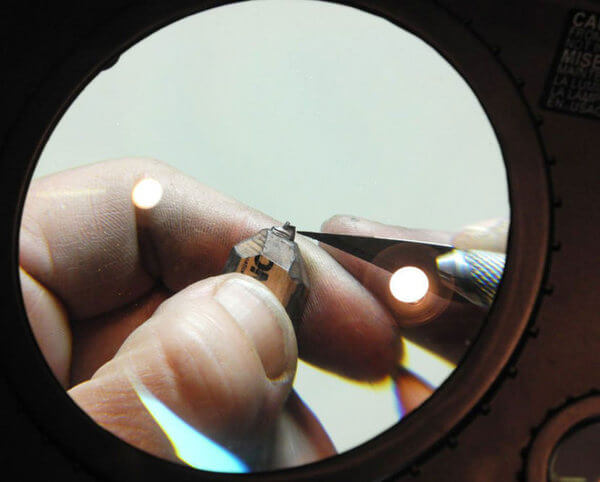 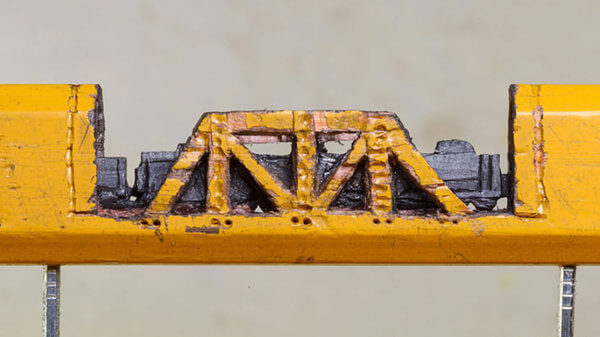 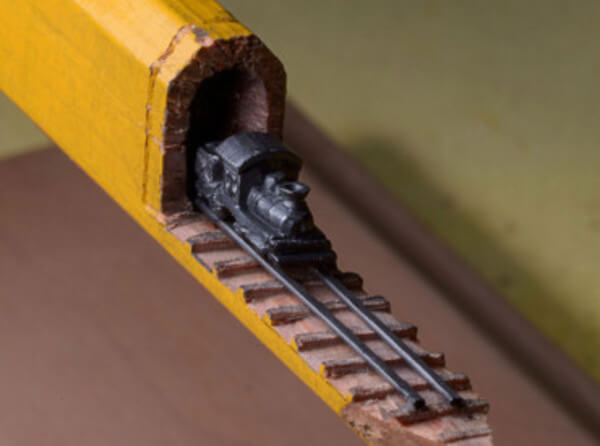