by Courtney
in Food
0

If you are a fan of “The Simpsons”, you are going to love this classic Homer Simpson donut recipe. With these deep-friend and raspberry-frosted glazed doughnuts, you can now eat like Homer Simpson! 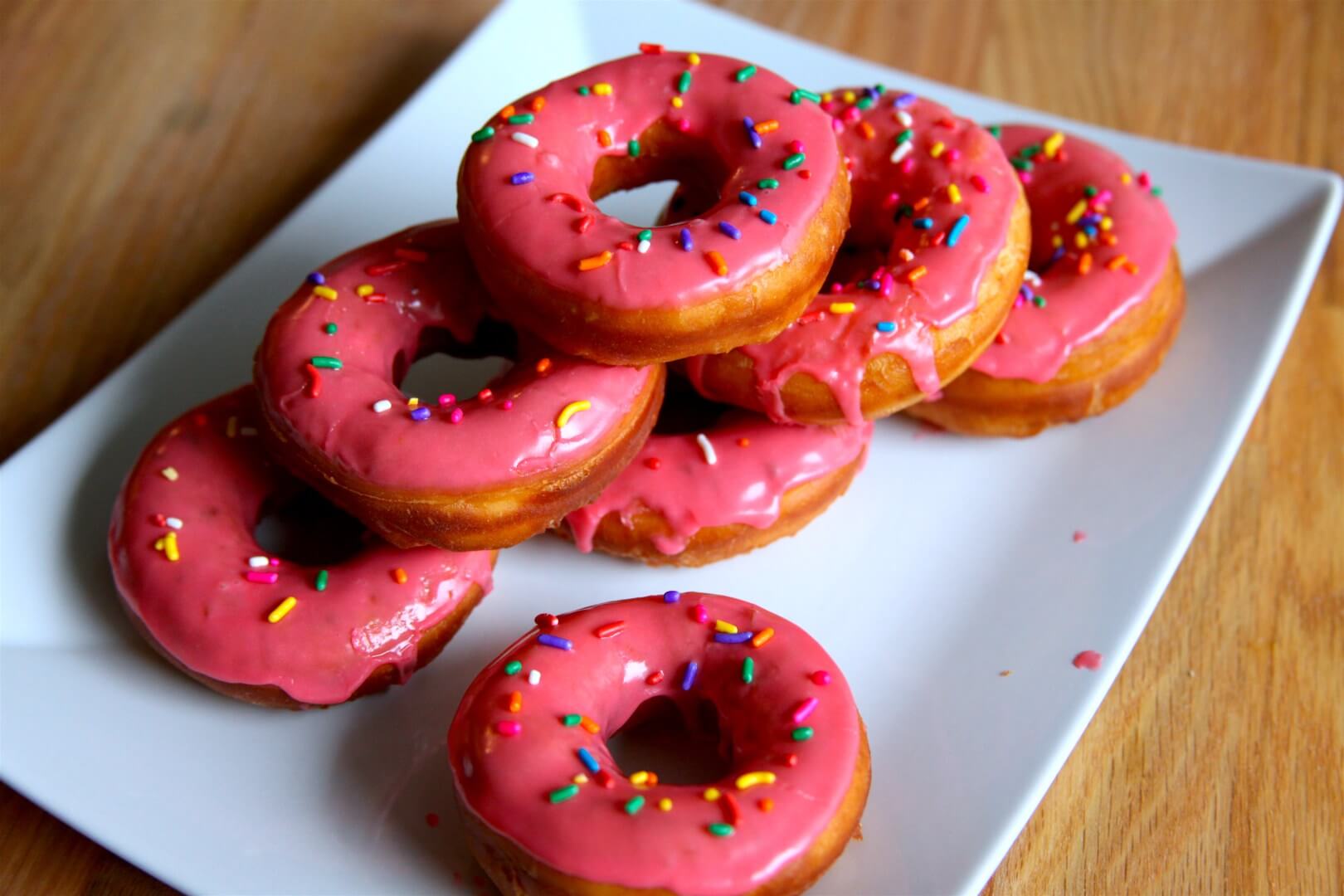 If you have never made homemade doughnuts before, these are a delicious start. These doughnuts use a double-rise method to make them nice and fluffy, and then are fried and glazed with a delicious raspberry frosting. Alternatively, you could make the neon pink Simpsons D’oh Nut frosting with red-dye, but berry juice gives it a delightful and tasty kick. You can also bake the doughnut, verses frying them. 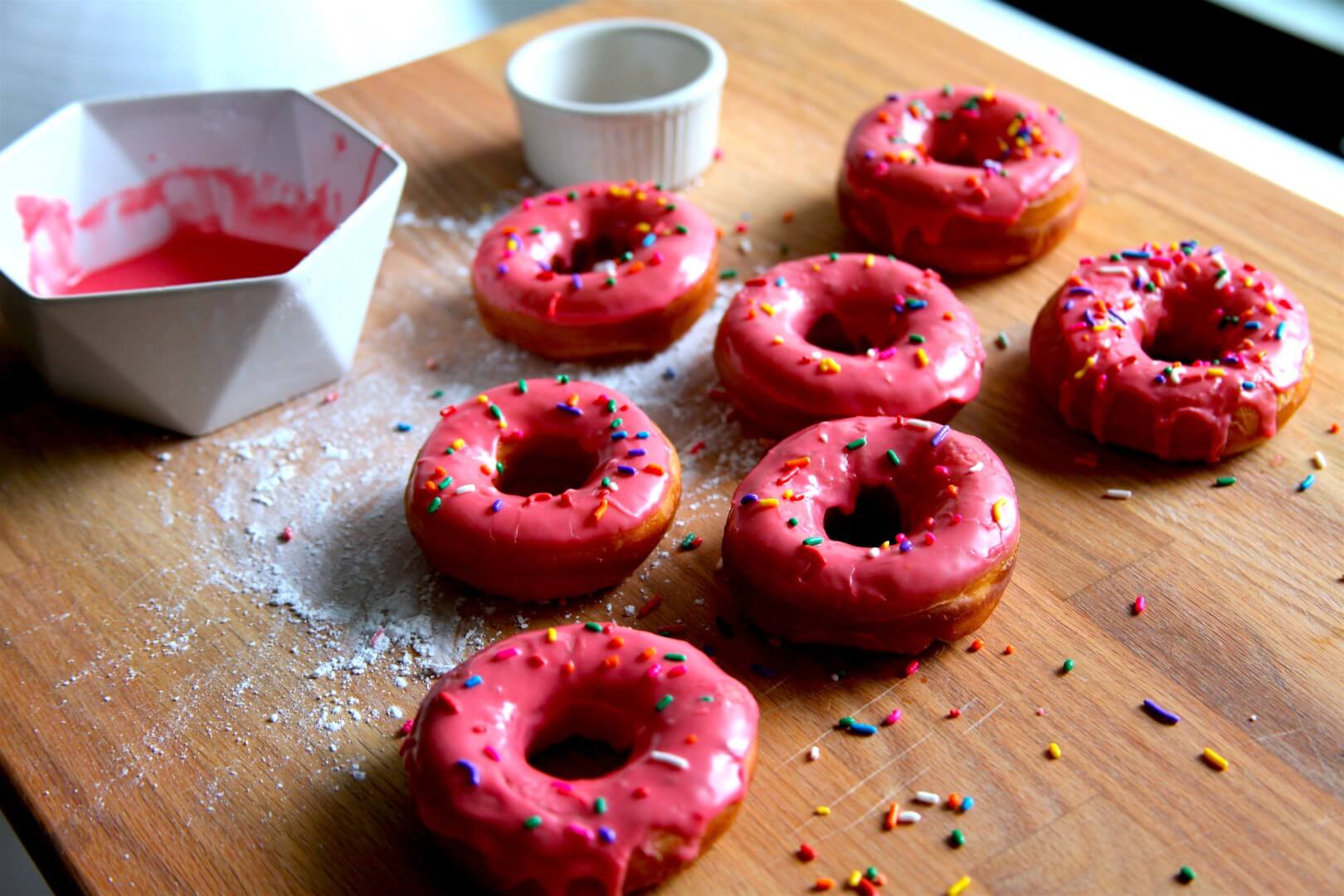 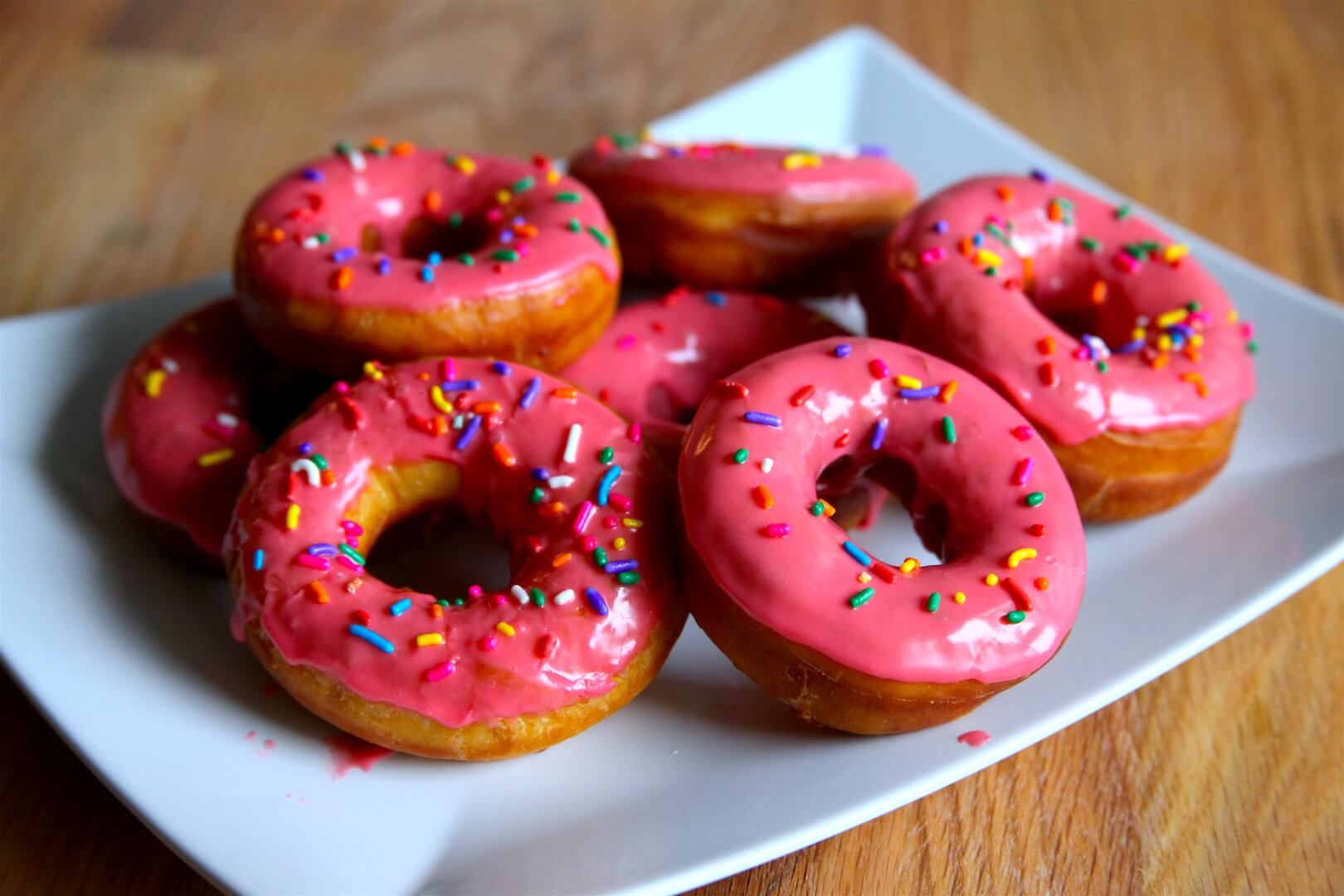 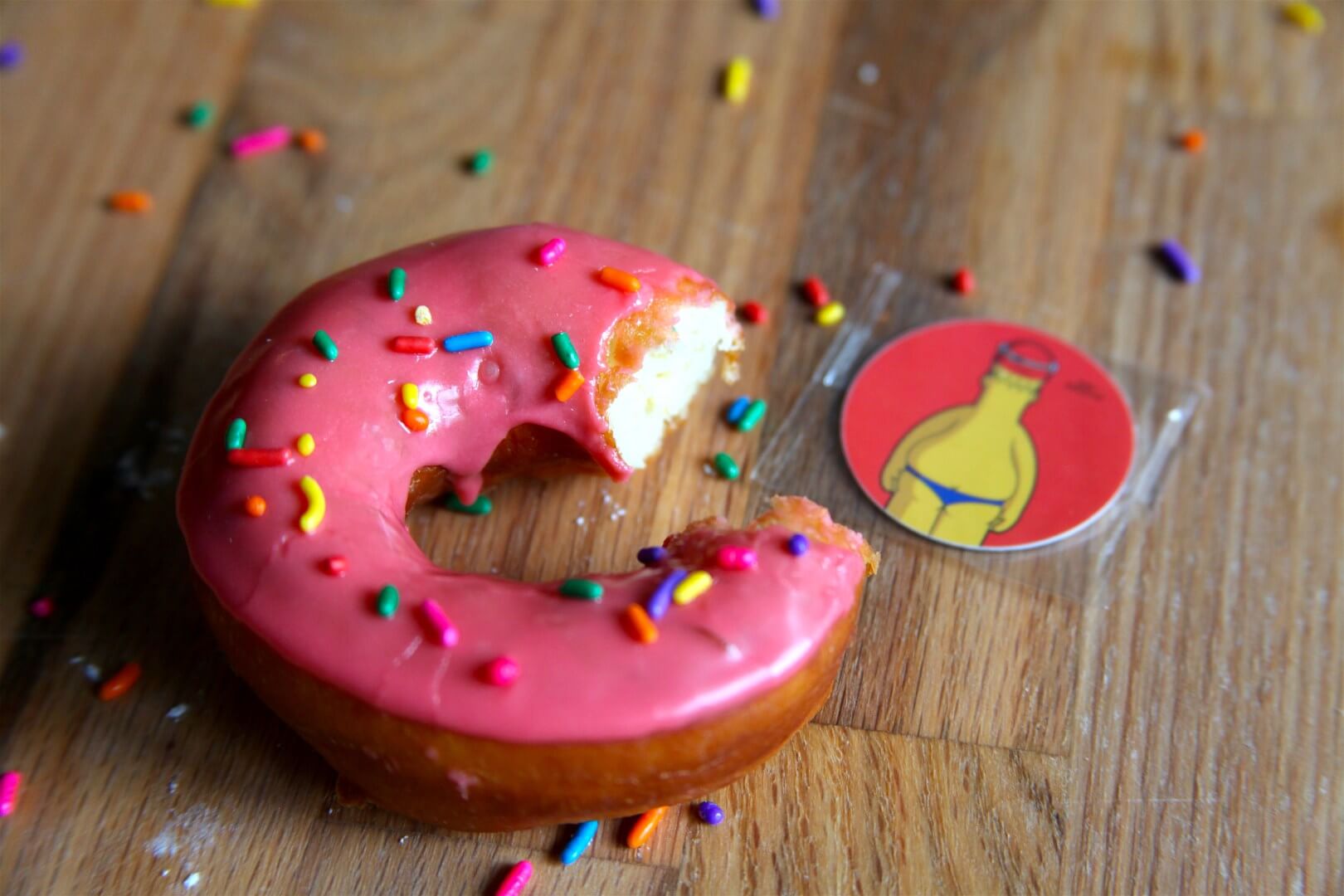 The Homer Simpson doughnut holds a special place in the heart of any Simpsons fan. In the Simpsons universe, the doughnut originated from the Lard Lad Donut shop. Their mascot being a direct representation of Bob’s Big Boy. Along with Homer Simpson Chief Wiggum also goes nuts for these delectable D’oh Nuts.

They have become an essential part of recent pop culture and have been re-created into everything ranging from pillows to key chains, to pool floats.

Not that the Simpsons have ever gone out of style, the Simpsons have been making a hipster comeback. Their renewed popularity is special thanks to the rise of musical genre Simpsonwave. Similar to chillwave, and the closely related vaporwave, the genre features purple-tinted Simpsons episode clips with mashups of Simpsons dialogue.

So put on some jams and whip up some mouth-watering D’oh Nuts. 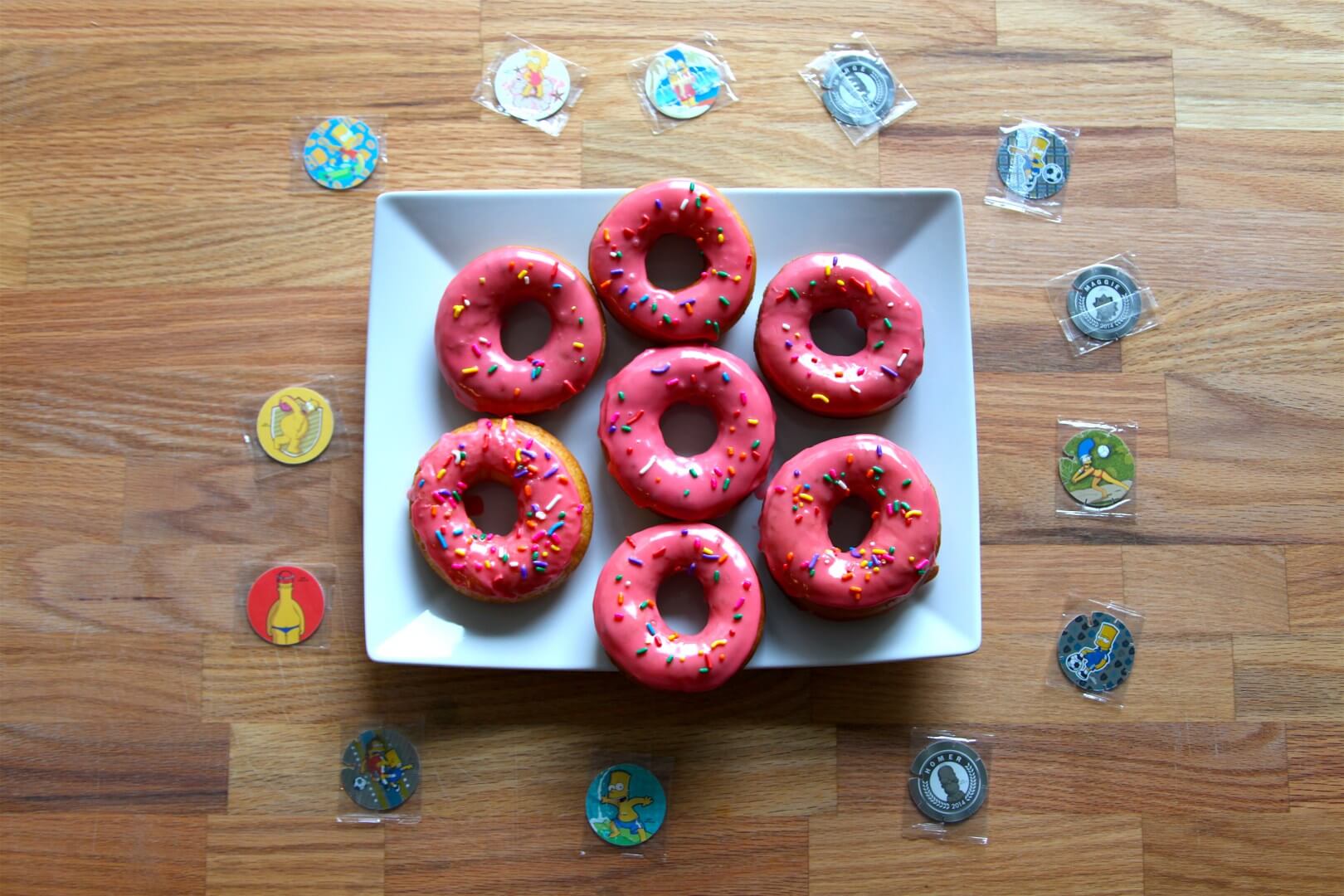 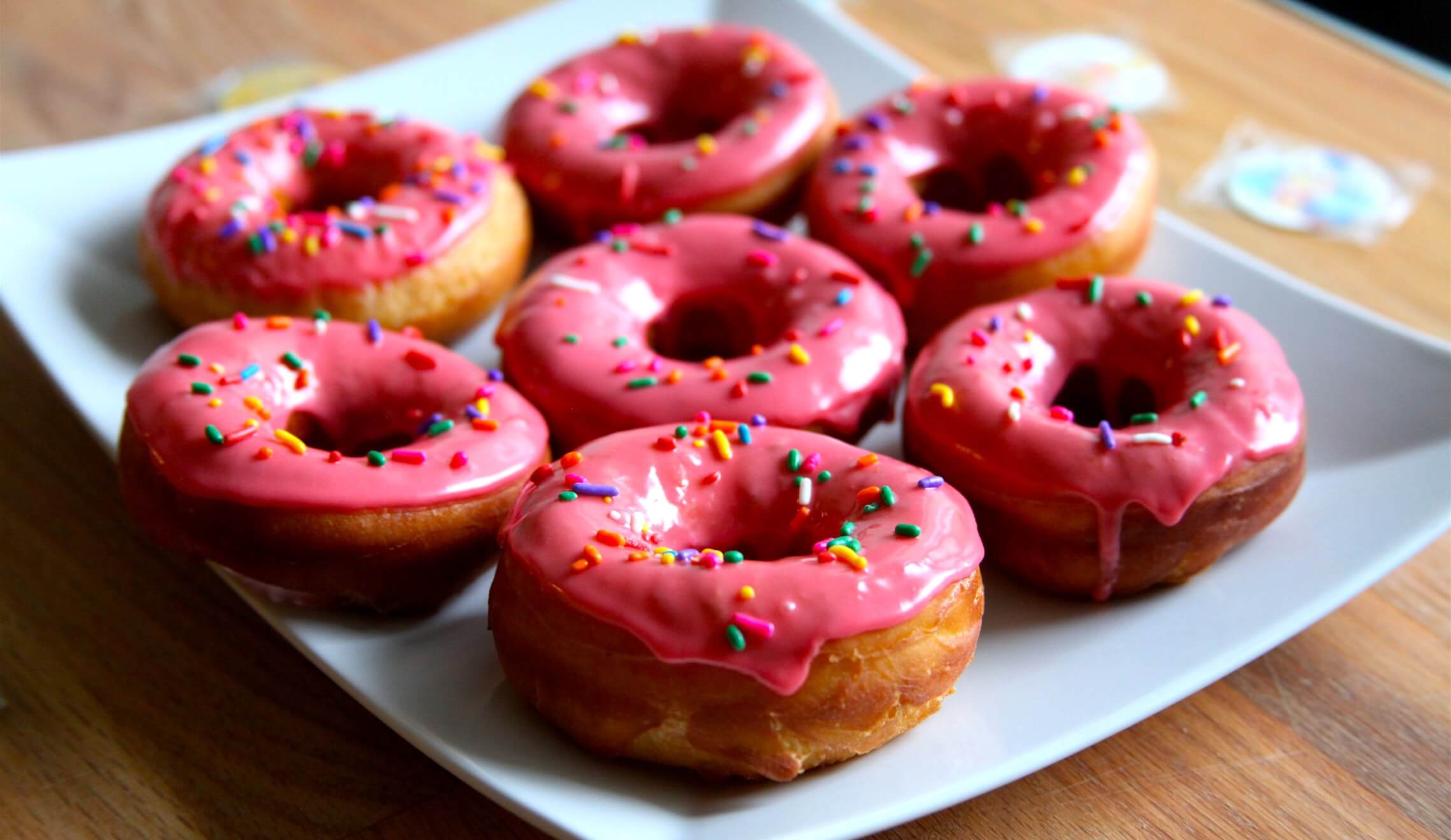 This New Purple Drink From Starbucks is Breaking the Internet!