by Ksenia
in Travel, Trending
0

Donut is so loved and sweet that we may say it’s taking a form of a cult in urban culture. The hotel we are going to write about in this article can be called a temple of a donut. Why is that so? Because it’s a place where you can get this rounded soft delicacy with a hole inside in a king size form just for yourself right in your room.

The giant donut can be a metaphor for all kinds of enjoyments and pleasures a person can treat themselves, so this donut temple offers, besides 10-pound donut, a bunch of sideshows such as a desert breeze, clear pools, the spa, dining, or a round of golf. But, of course, the main star is a giant donut made from some tasty-sounding ingredients – layers of Tahitian vanilla cake and raspberry jelly, covered all over with fondant to give it that donut-y look.

The JW Marriott resort‘s (located in Palm Desert, California) room package that includes a massive sweet donut is appropriately called the “DoNut Disturb” package. You’ll want some time alone with its majesty, that’s for sure. For $219 per night, you’ll get a room at the Coachella Valley hotel including the 3-feet wide, 1-foot tall donut, covered in a millennial pink sweet cream frosting and colorful sprinkles.

A 10-pound donut, have you seen anything more beautiful?! 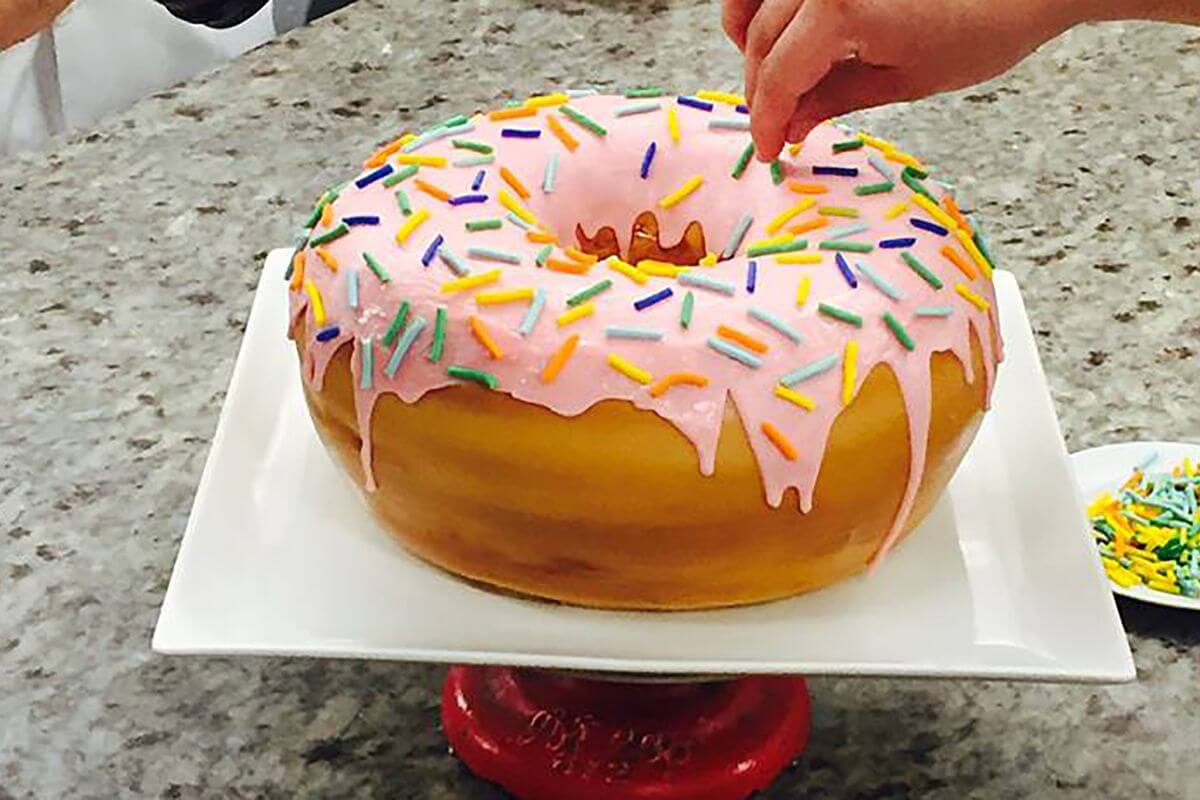 Desert breeze, clear pools, and a giant donut – isn’t that a holiday from heaven?! 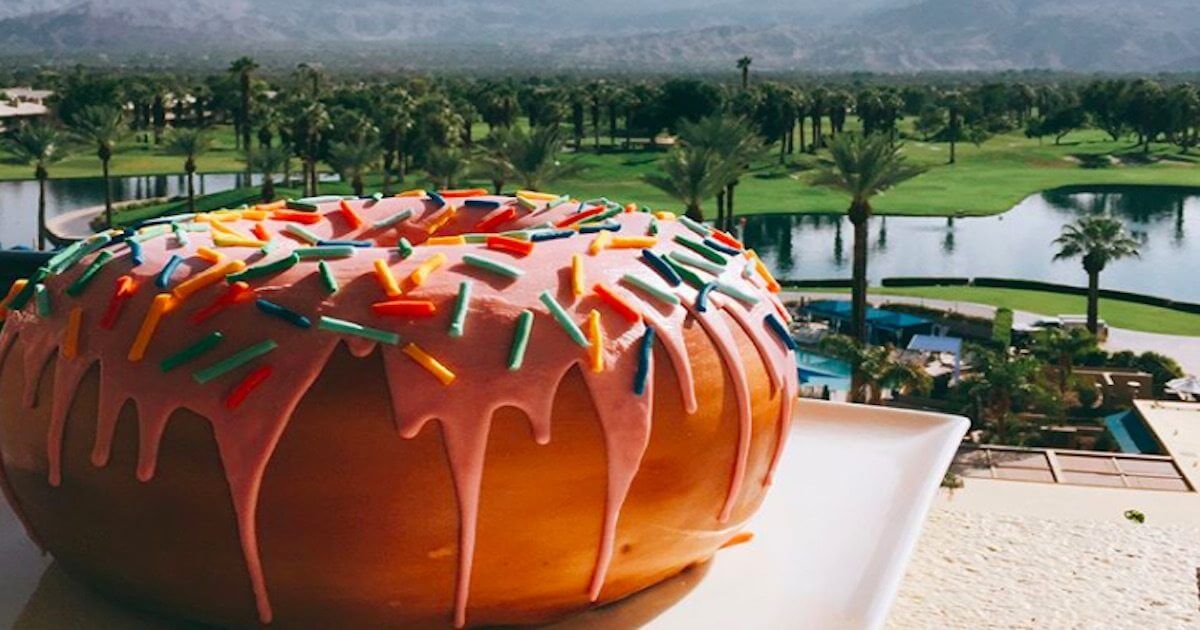 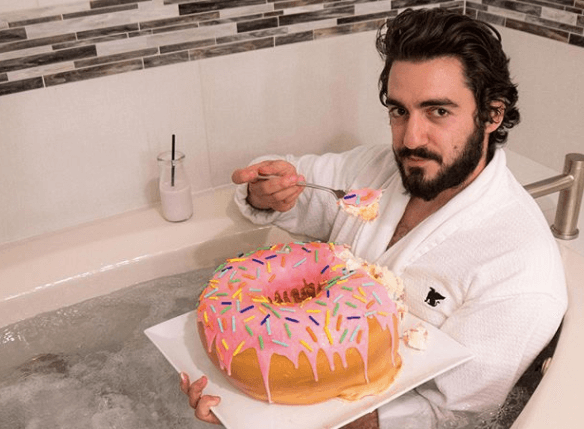 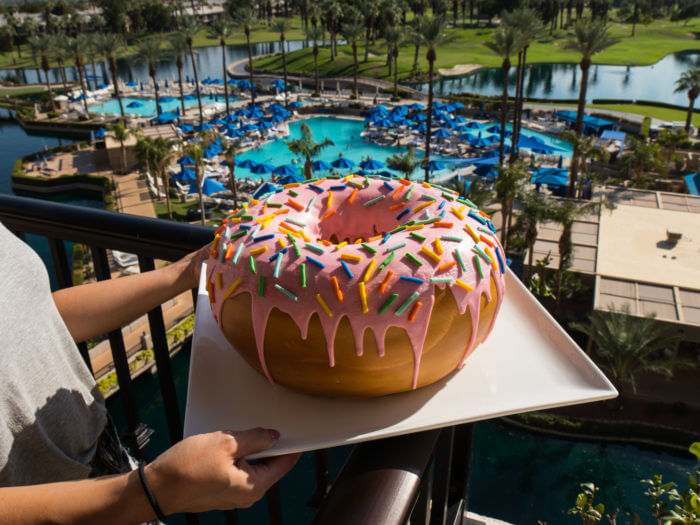 A collection of milkshakes are included – they’ve thought of everything. 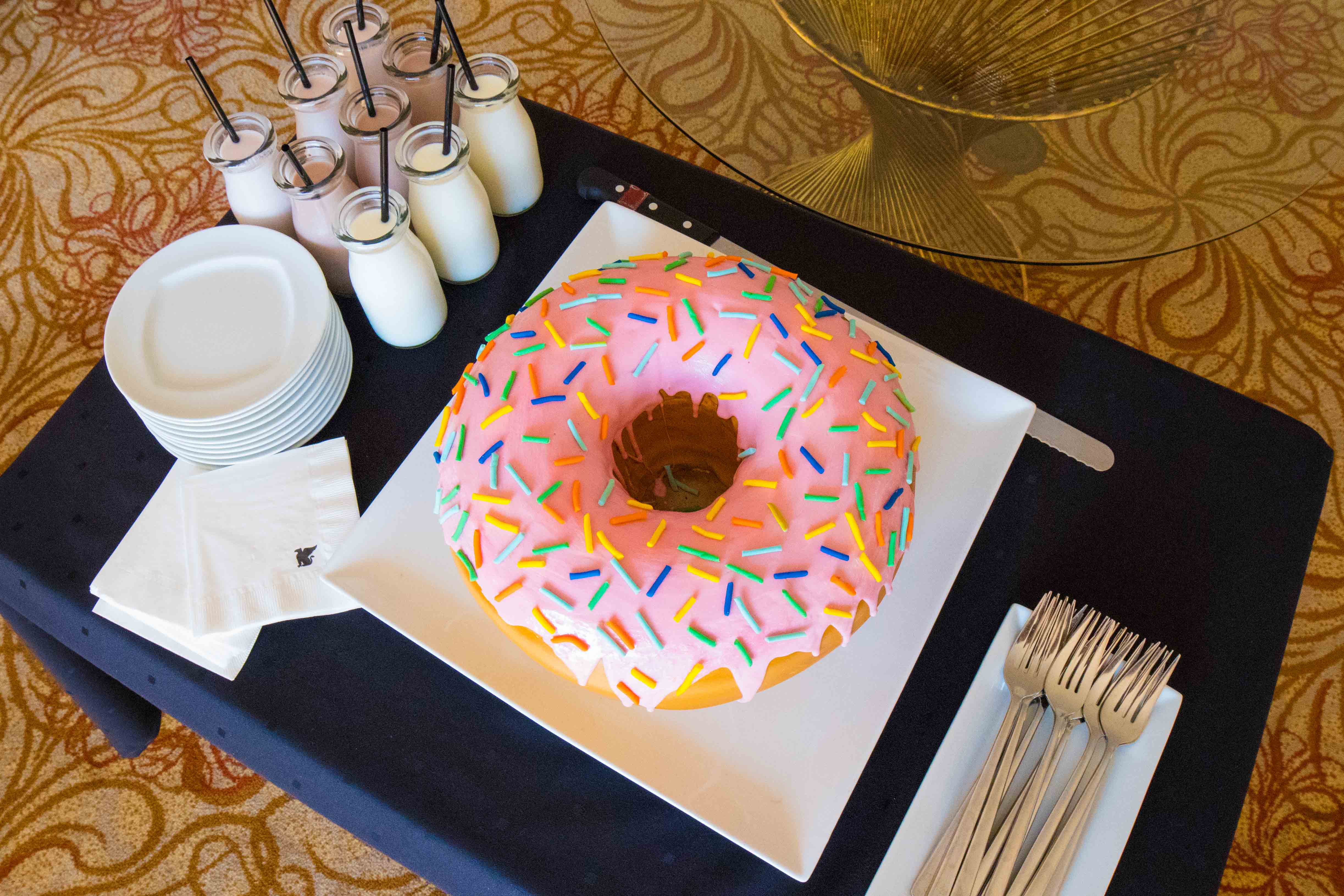 A 100-pound version of the donut during a “Sugar High Happy Hour” for long-weekend guests. 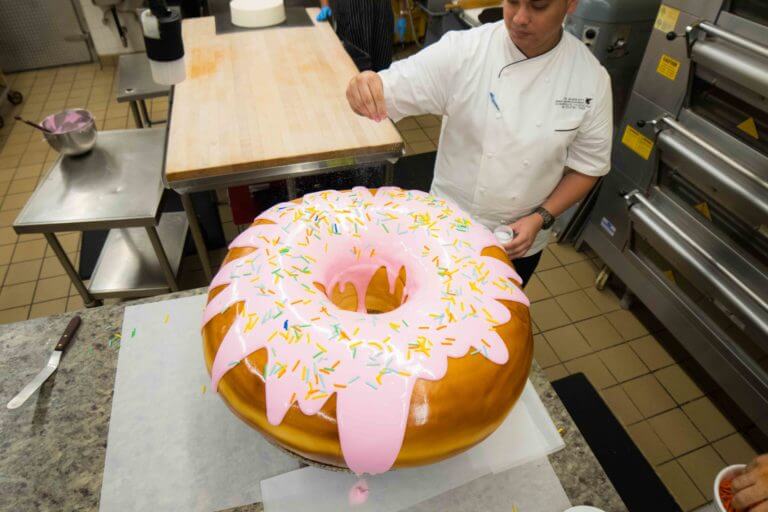 Watch the short video of eating this giant donut