Macropinna microstoma is the only fish in its category, and easily recognizable due to its transparent head, you can literally see inside this fish head. The two tubes you see inside the head is the eyes of the fish.

Shaped like barrels the Macropinna can move its eyes straight forward or look directly up through its fluid transparent head. The fish has a small mouth and besides the transparent head, most of its body is covered with thick scales.

If you want to see the fish in action you will need to dive to around 600 meter deep and still you won’t see him move much as this fish stays motionless for most of the time. Keep reading for more information about this unusual fish. 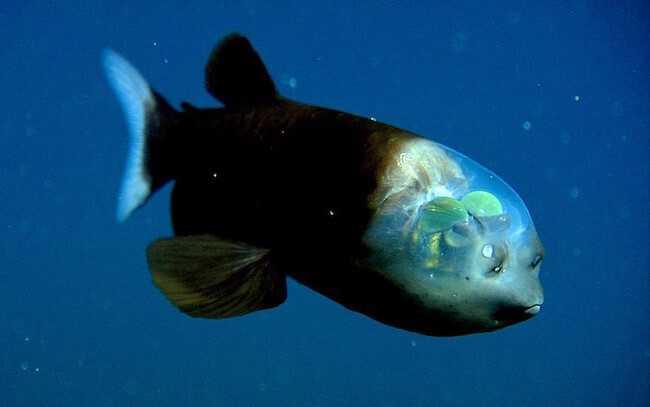 In Spite of the bad things happening around the world today, there are are still plenty of reasons to smile and see the beauty  of the world. There are amazingly strange creatures around us that we never thought existed. They are probably one of the weirdest, but their existence bring us into the real unseen beauty of the Earth we live in. 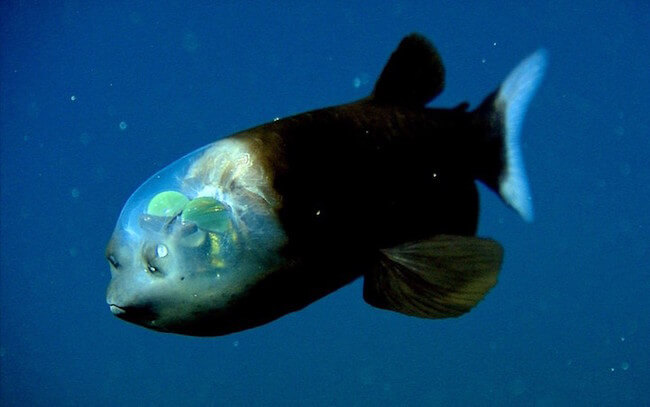 This deep-sea fish will literally amaze you with its transparent head and tubular eyes. It seems that this creature is really showing off what’s in his head. You probably wouldn’t know what runs into its head exactly, not at least! This amazing deep sea creature is known as Macropinna microstoma fish. It measures about six inches long and lives in the far depths of the ocean about 2000-2600 feet deep.

At first look this fish will mistakenly regard its eyes to be small, but what you are initially seeing is only a glimpse of a tubular-sized eyes with a small pair of dots, which is its nostrils. 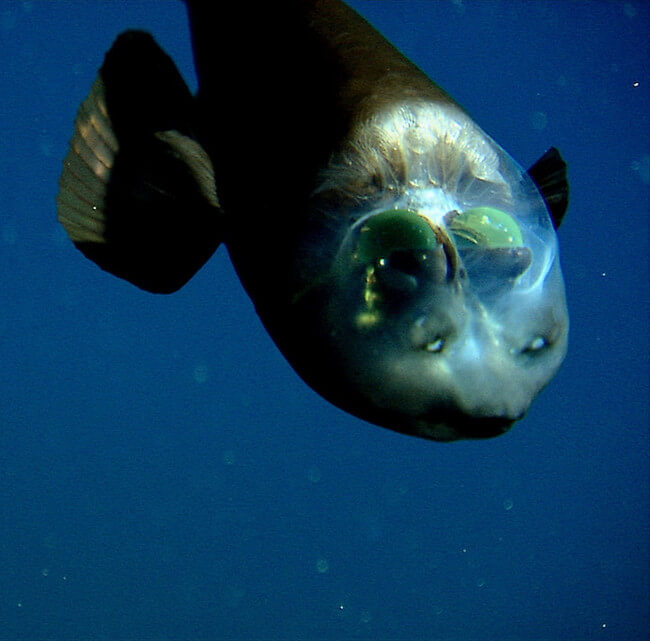 M. microstoma fish normally hangs its body and fixed on water by using it’s flat yet large fins to become stable in water instead of swimming. In order to be able to look for its prey, the fish points its eyes in an upward position. When a smaller fish is approaching, its body shifts into  a vertical position, rotating its eyes forward so it won’t lose sight of its target for food.

This fascinating fish was discovered and first recorded in 1939, but it was only photographed moving and alive in 2004. Monterey Bay Aquarium Research Institute has then captured the fish moving in the deep. Scroll down to watch the entire video below.