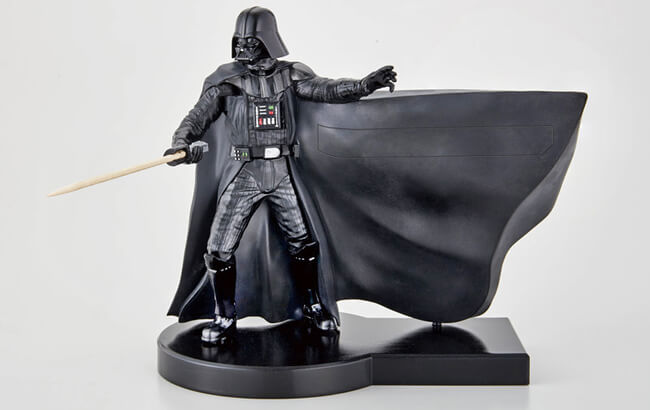 By now we are sure there is not a single home in america without at least one Star Wars accessory. Prove us wrong if you can. The Star Wars brand is so well received that there’s even a R2-D2 soy sauce dispenser. So what we’re about to show you won’t surprise anyone, but it doesn’t take away from how ridiculously cool it is. Introducing, the Darth Vader toothpick dispenser, this little gadget is about to hit the streets and while you may say ” Why would i ever need a toothpick dispenser, i just put them in a little box ” and you would be right. BUT hey, It’s a moth* Fu**ing Darth Vader that hands you a toothpick! come’on, if you don’t want this in your life, you are just boring.

This is how it works: You see the Darth Vader figure standing at the ready, now when you push the lever on the back his arm will snap towards his cape where a secret panel opens up to reveal a toothpick, the sith lord will grab this toothpick where he usually holds his lightsaber and that’s when the battle for cleaning your teeth from bits of food begins. 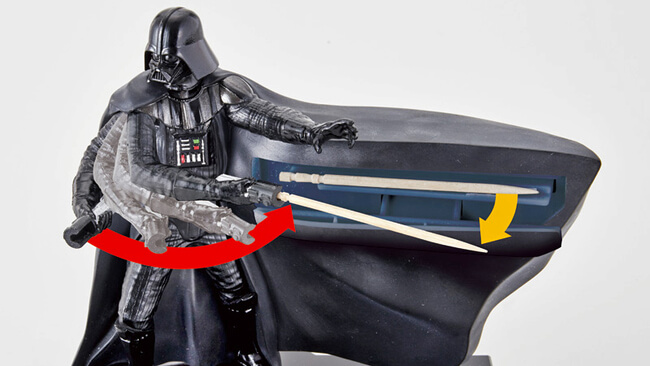 This was created by bandai and is set to sale in Japan only ( Sorry ) for as little as $26 dollars
Source: Mentalfloss