The death penalty – whether you are against it or support it, this penalty has always been a controversial subject in the United Stats. Many times when this subjects comes up in conversations people mention the death row last meal tradition. This is an article about the famous last meals of death row inmates get the night before his execution.

Photographer Henry Hargreaves started a unique project where he found out what was the last meals of death row inmates then recreate them using a chef , and then eat them all.

“It was kind of like going to a hospital and eating the lunch of someone who’s just been pronounced dead ” Henry said after finishing one of the meals that was a huge ice cream bowl. Some of the death row inmates meals he photographed was of Ted Bundy  and Timothy McVeigh.

Check out these pictures below and try to get inside the mind of a death row prisoner through his last meal. 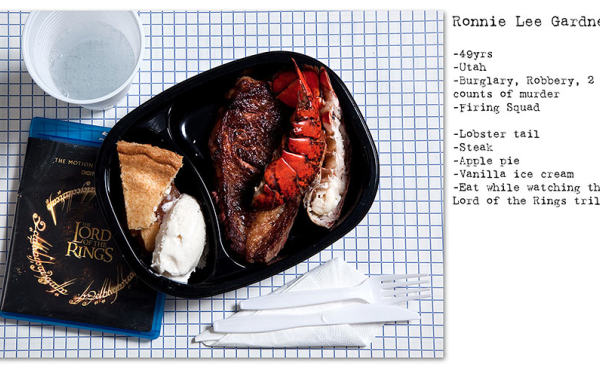 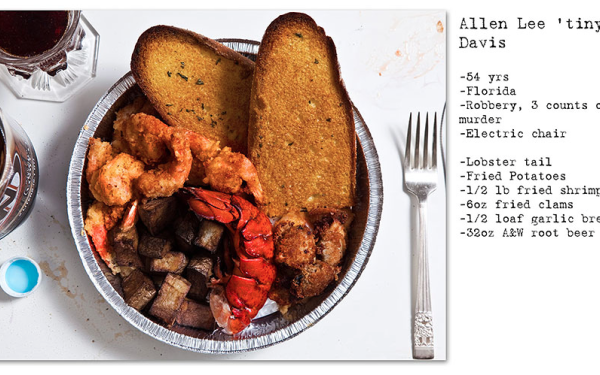 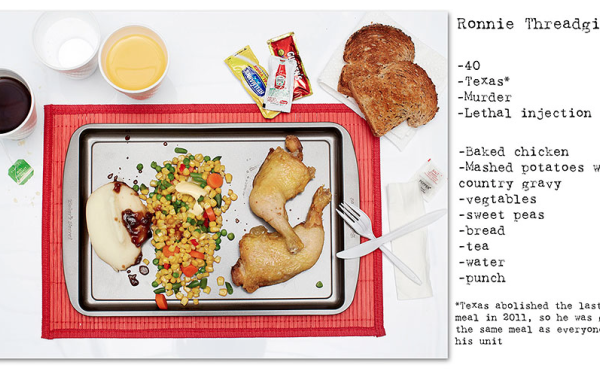 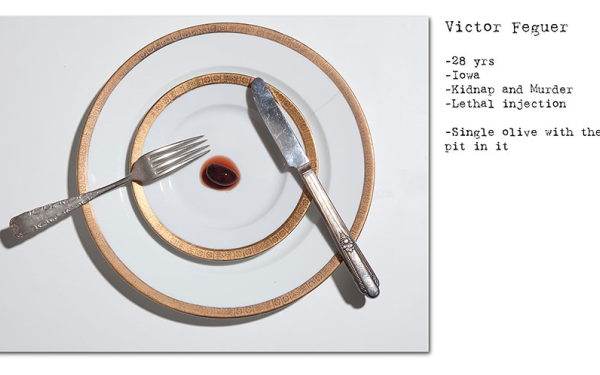 Single olive with the pit in it. Talk about a weird last meal on the death row right? 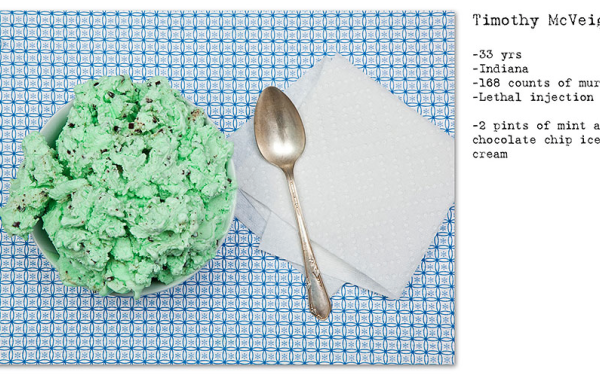 2 pints of mint chocolate chip ice cream. This seems like a good choice to me, you wanna go out with a bang. 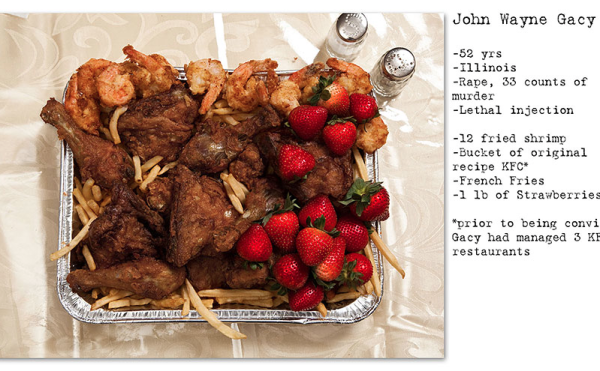 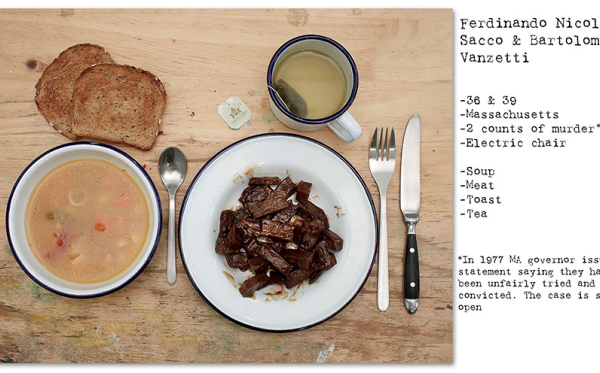 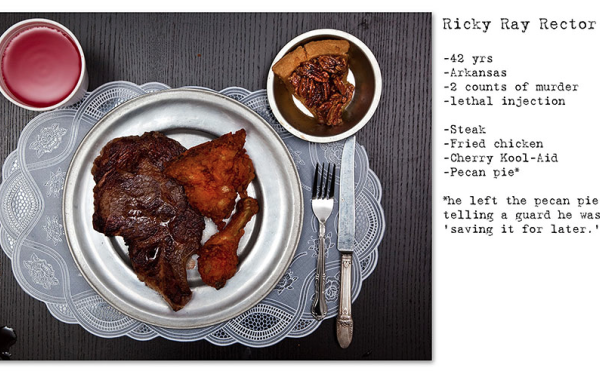 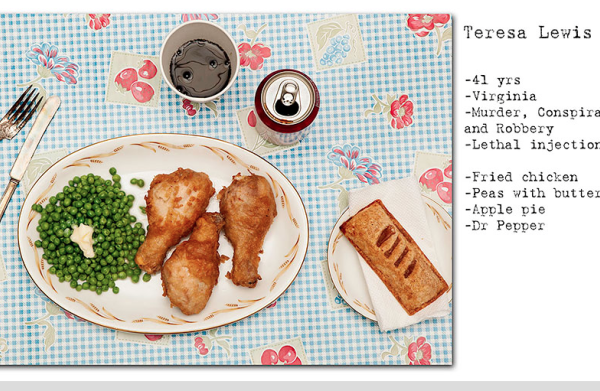 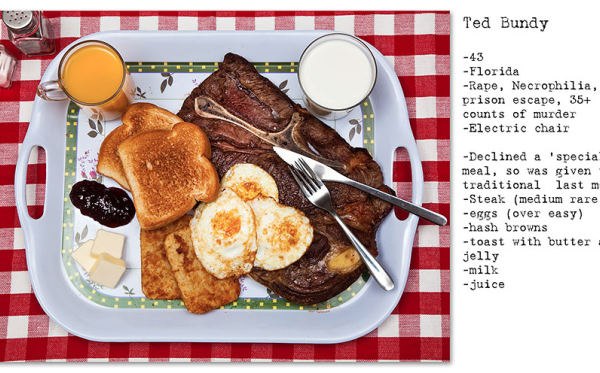 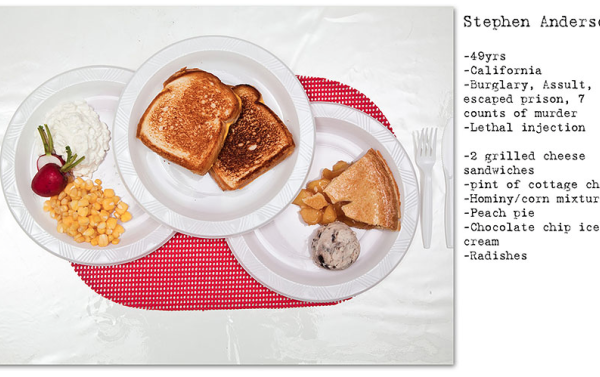 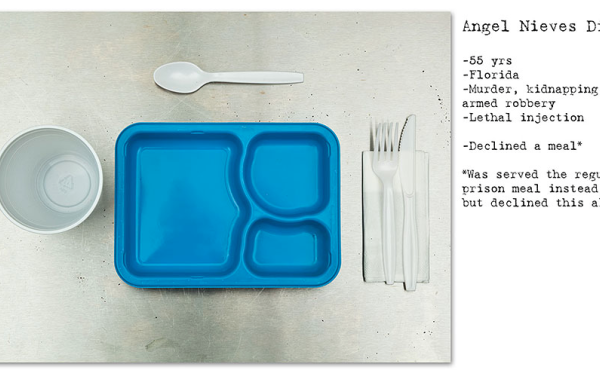 Declined a meal, was served regular prison meal, declined that as well.

Pop Out Gif. 3D Gifs That Pop Out Off The Screen At You