Check out These 9 Bewildering Castles from Romania

Are you a castle enthusiast? Are you a Dracula fan? Then Romania is the country to visit. Not only it nests the famous Dracula’s home, but it also has other 8 bewildering castles, true hidden gems of Medieval, Renaissance or Baroque architecture. Check them out below and take some time to read their history. You might even want to come visit sometime!

And if you’re hungry for more beauty, why not check out these incredible pictures of one of the most beautiful places in the world!

Sighisoara is actually a walled city. It is beautifully well-preserved and still inhabited and you cannot escape its medieval beauty, as if time stood still here. The citadel was initially built in the 12th century. From then to the 15th century, it has been strengthened for defense purposes. Nine out of the 14 initial towers and bastions still stand. Also, the 21o-feet high clock tower is now the symbol of the historical center of Sighisoara. The tower had gone through a series of changes over the years. The Baroque rooftop you can admire today, its colorful tiles and five turrets were finished in 1677. During the renovations, a meteorological clock was also added and it still predicts the weather on its highest, central turret. 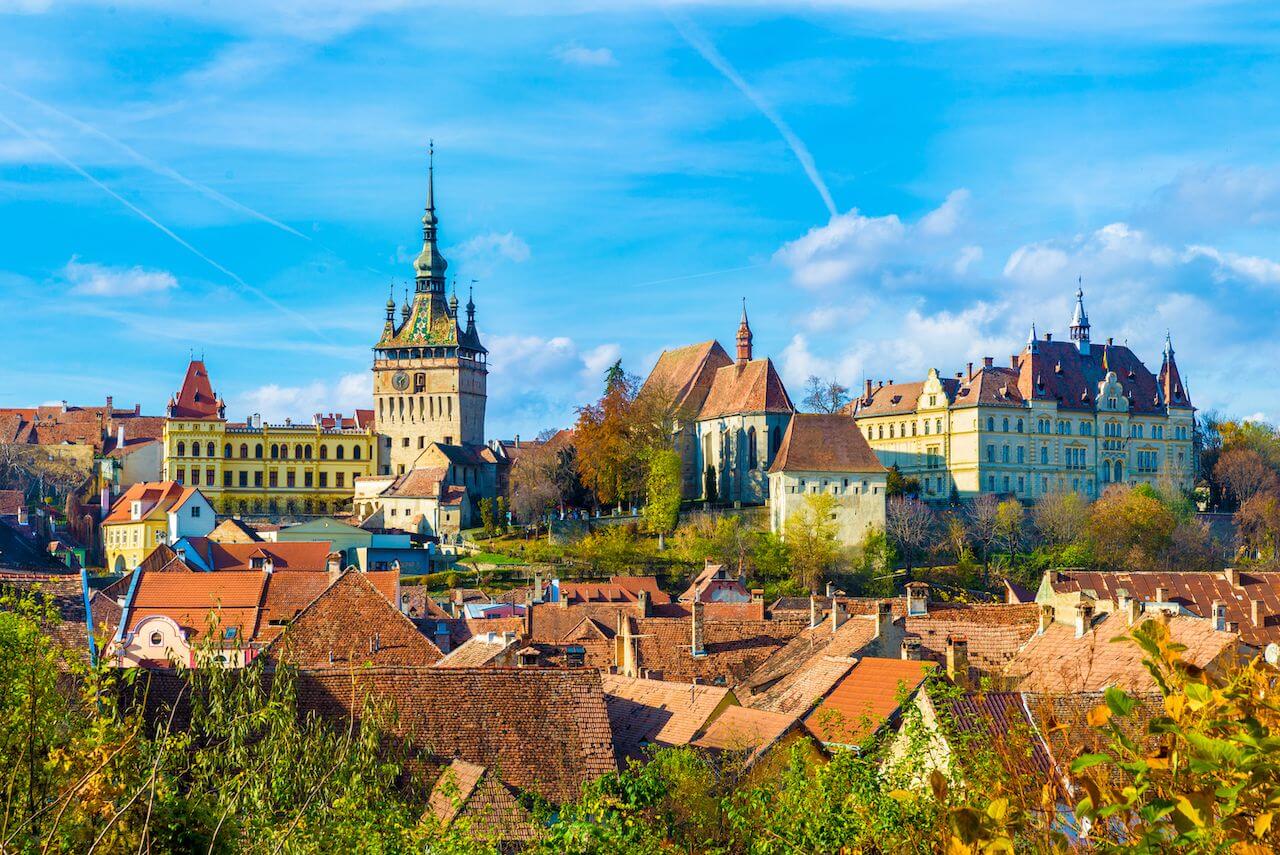 Perched above the Rupea town and built in the 13th century, this citadel was built to offer long-term refuge to the villagers in tough times of siege. If you take a closer look at it, you will see it is actually engineered on three stages of defense: the lower, the middle and higher citadels. 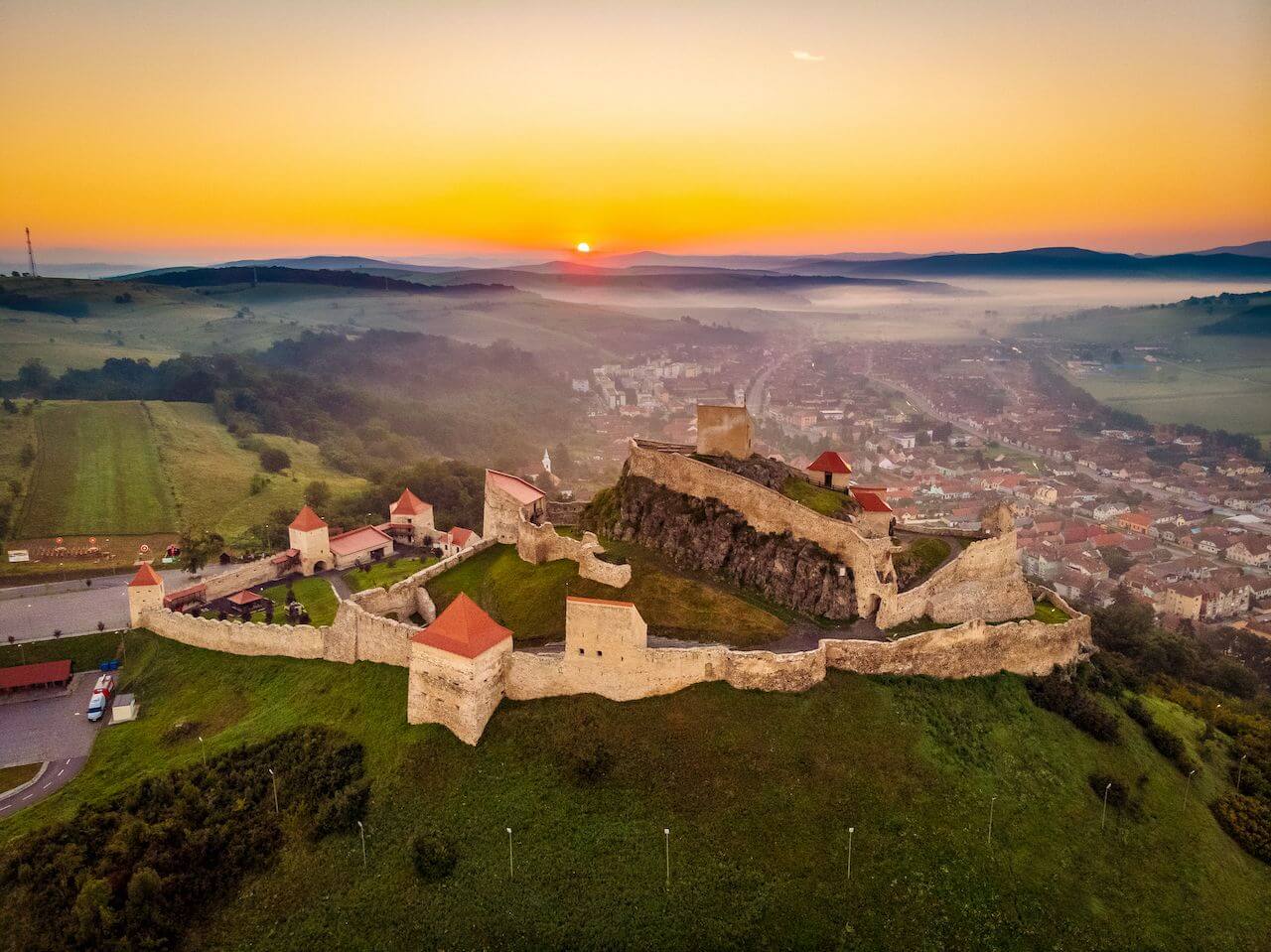 Built in the 13th century by the Teutonic Knights of German-Saxon origin to protect the southern border of Transylvania from the Tartar invasion, the Rasnov Citadel was a peasant-fortress, a refugee for the people of the nearby villages. The citadel is formed of high walls, nine towers, two bastions and a drawbridge and a strong overall defense system which rendered it unbeatable. 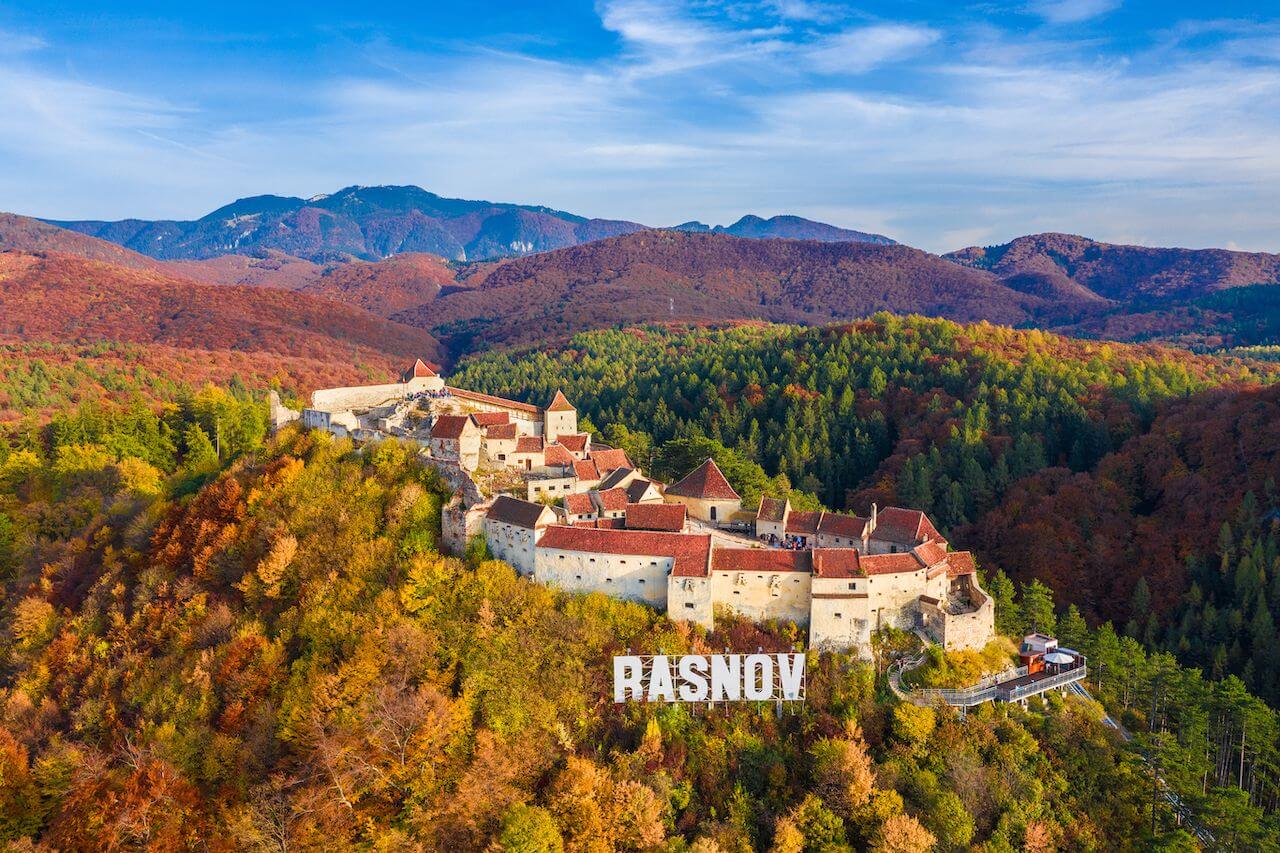 Probably the most luxurious of the Romanian castles, The Peles Castle was built by the first King of Romania, Carol I as a hunting estate. Situated at the foothills of the Bucegi Mountains of the Carpathians, the castle is an impressive Neo-Renaissance construction, featuring multiple towers, 160 rooms adorned in different cultural styles; you’ve got the Turkish Moorish room, the French Room, the Florentine Room, and many others. The castle also hosts an impressive collection of over 2000 paintings, hand-painted stained glass, and crystal chandeliers. The Armory Room is also impressive, nesting 4000 pieces of weapons.

The castle was built in 1875 and in 1883 a power plant was assembled which fully powered The Peles with electricity, hot running water, central heating, and a central vacuum system. The first-ever movie projection in the country was hosted in the Royal Theater Hall of this castle, decorated with marvelous paintings and wall frescoes by Gustav Klimt. After the communists have taken it from the royal family and turned it into a museum, the castle is now the property of the King Carol I’s descendants who decided to keep it opened to the wide public as the Peles National Museum. It is one of the most beautiful castles in Europe that you should visit once in a lifetime. 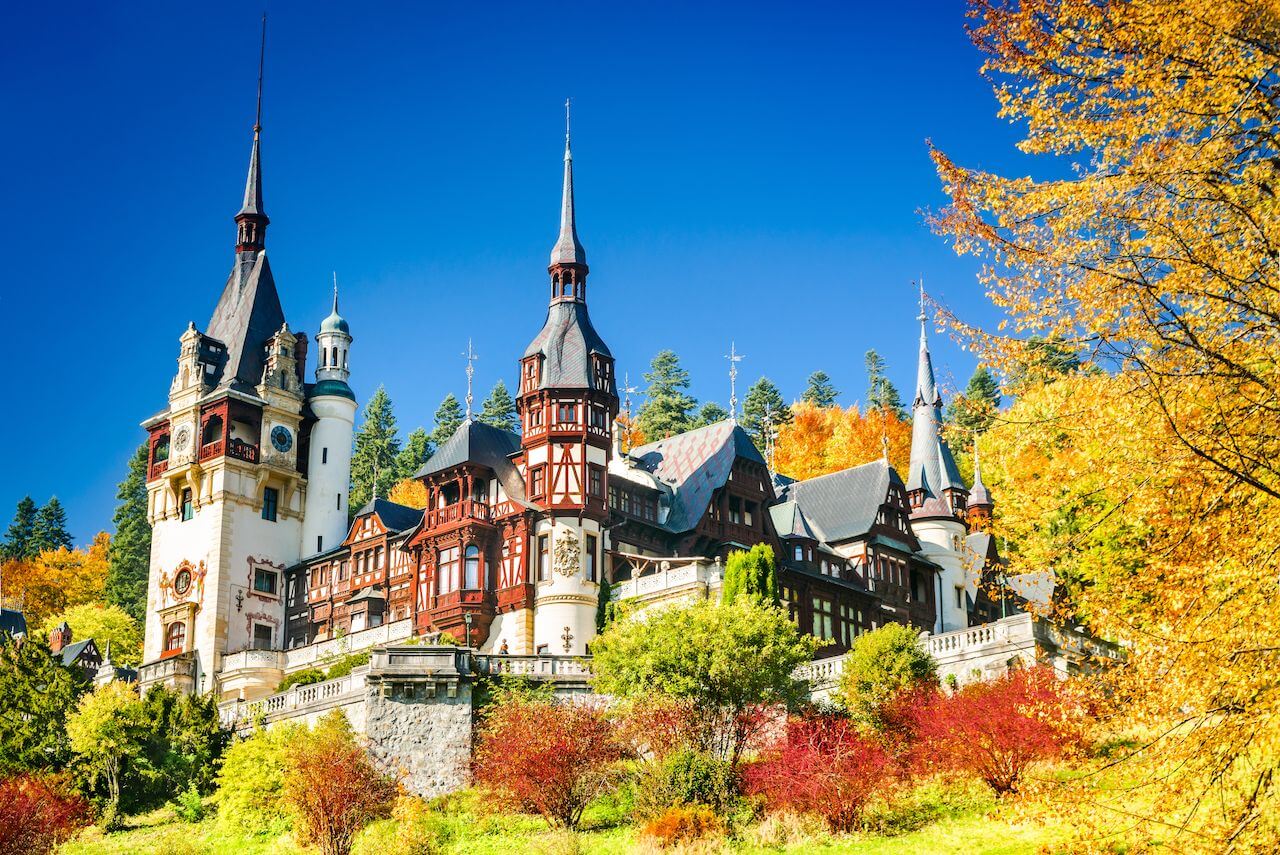 This was the residence of Hungary’s most famous king – Mathias Corvin. The castle was built by Janos Hunyadi in the 15th century. It was a true masterpiece of the Renaissance-Gothic style: drawbridge over a moat river, high buttresses, inner courtyards, thick walls, tall towers and turrets, bastions, windows, ornated balconies, everything you’ve ever seen and read about in the art books on Renaissance and Gothic style.

If you’ll ever visit Romania, don’t miss this castle and its famous marble Knights Hall, home to an impressive collection of armors, cannonballs and a statue of Janos Hunyadi. On this castle’s premises were shot movies like Ghost Rider 2. The castle can be visited any time. 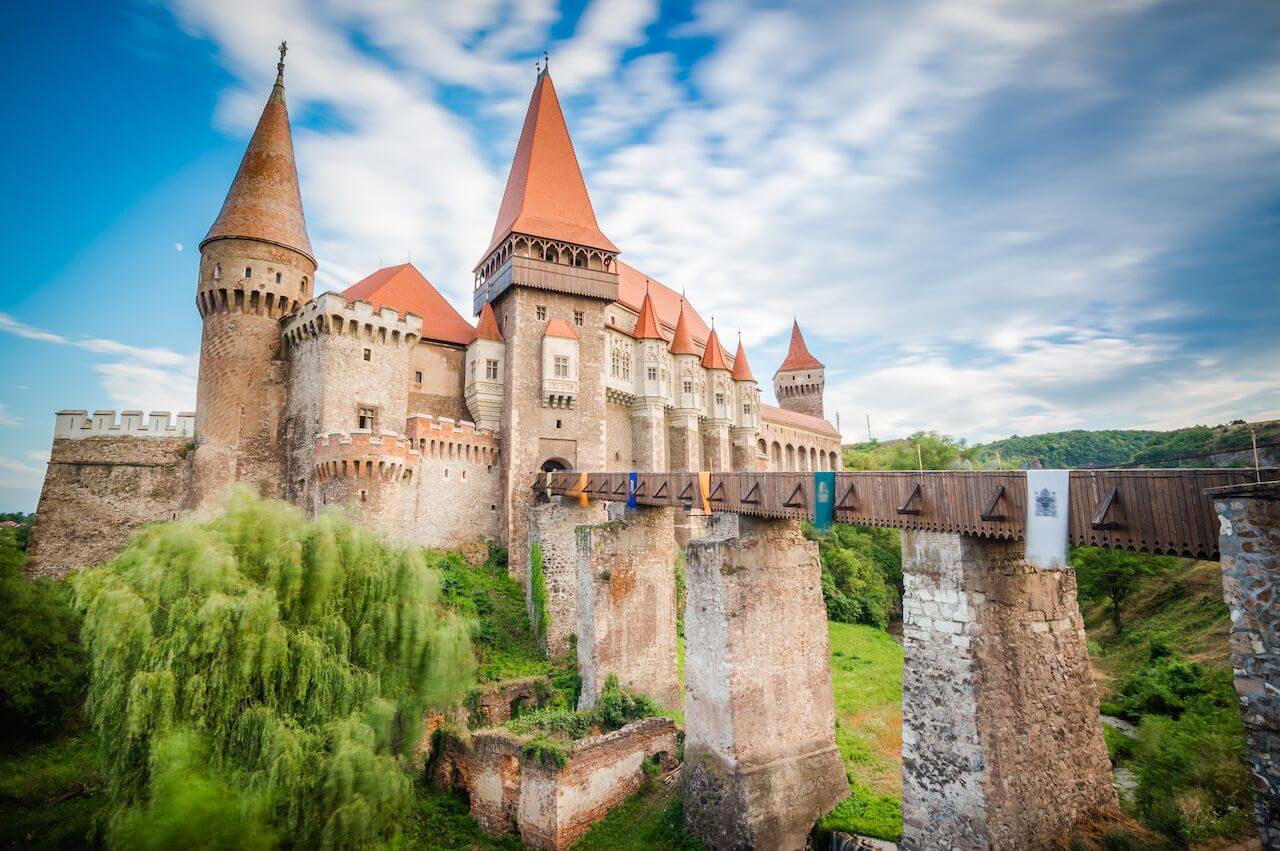 The Fagaras Fortress is surrounded by a moat with swans. Built in the 13th century, this fortress has never been conquered: the surrounding moat, the highly fortified outer wall and the five towers protecting the heart of the edifice kept it unbeatable. In the mid-20th century, the fortress was a political prison. The Fagaras Fortress was once a standard of elegance and luxury and the Transylvania rulers used it as their residence. Although not much of it is available today, the fortress still deserves a visit for its grandeur and exquisite architectural beauty.  You can visit it today and history lovers would feel wonderful due to its large history museum. 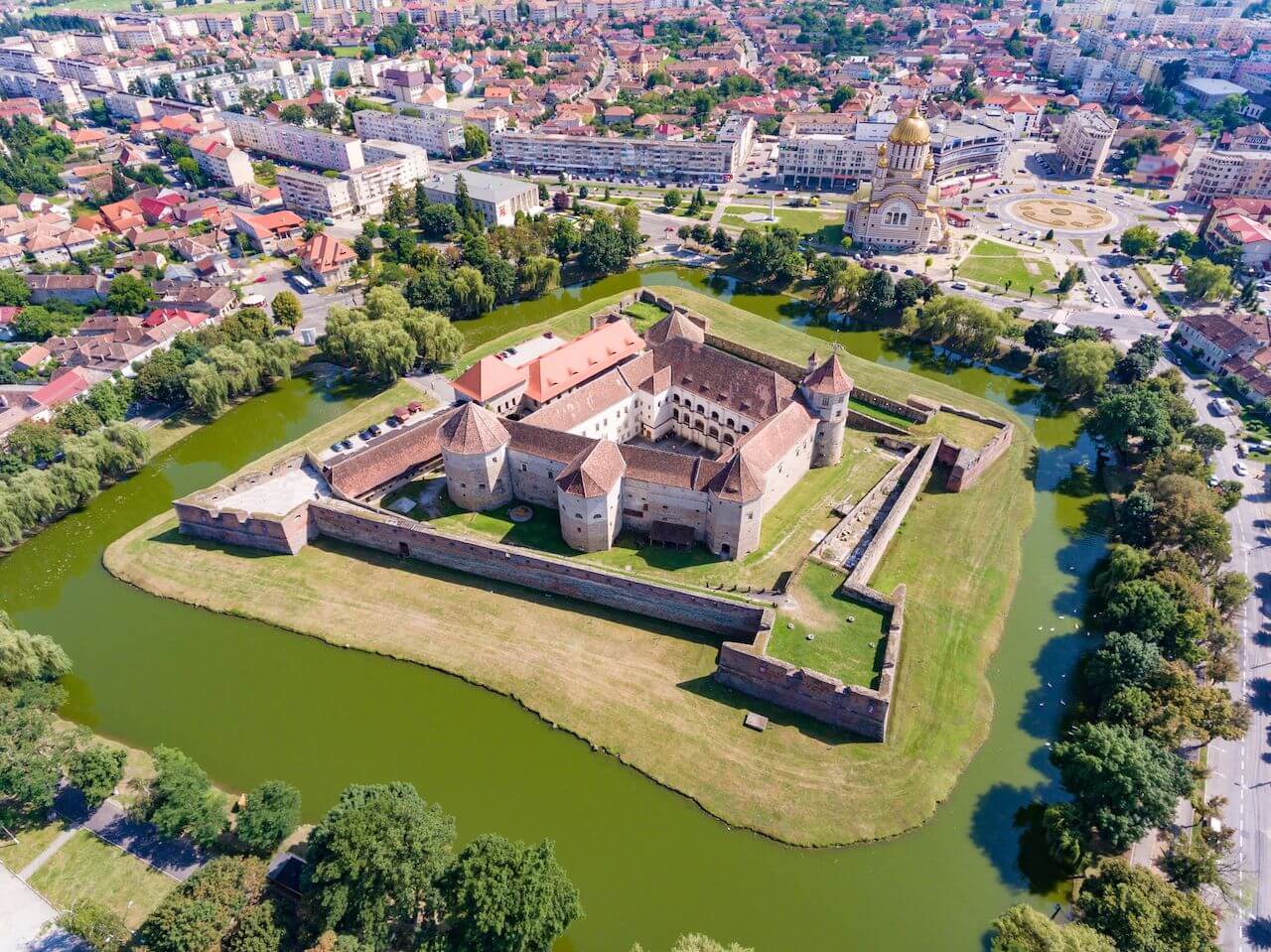 This medieval citadel dates back to the 13th century. It was erected on the top of an ancient Carpathian volcano, overlooking the surrounding valley and river. Although small, due to its great emplacement, the Deva Citadel played an important role in stopping the numerous invasions of Transylvania. Nevertheless, the citadel went through a lot of turmoil. In the 17th century, it became a prison, only to be auctioned off at the end of the 18th century to a new owner who stripped it off of everything of value and let it in disrepair.  In 1848 the citadel played a major role in the 1848 Hungarian fight for independence from the Habsburg rule.

Nowadays, you can visit the citadel anytime and it is free to do so. You can spend a few hours to hike up the ancient volcano or you can take a cable car up the hill. We recommend the hike! 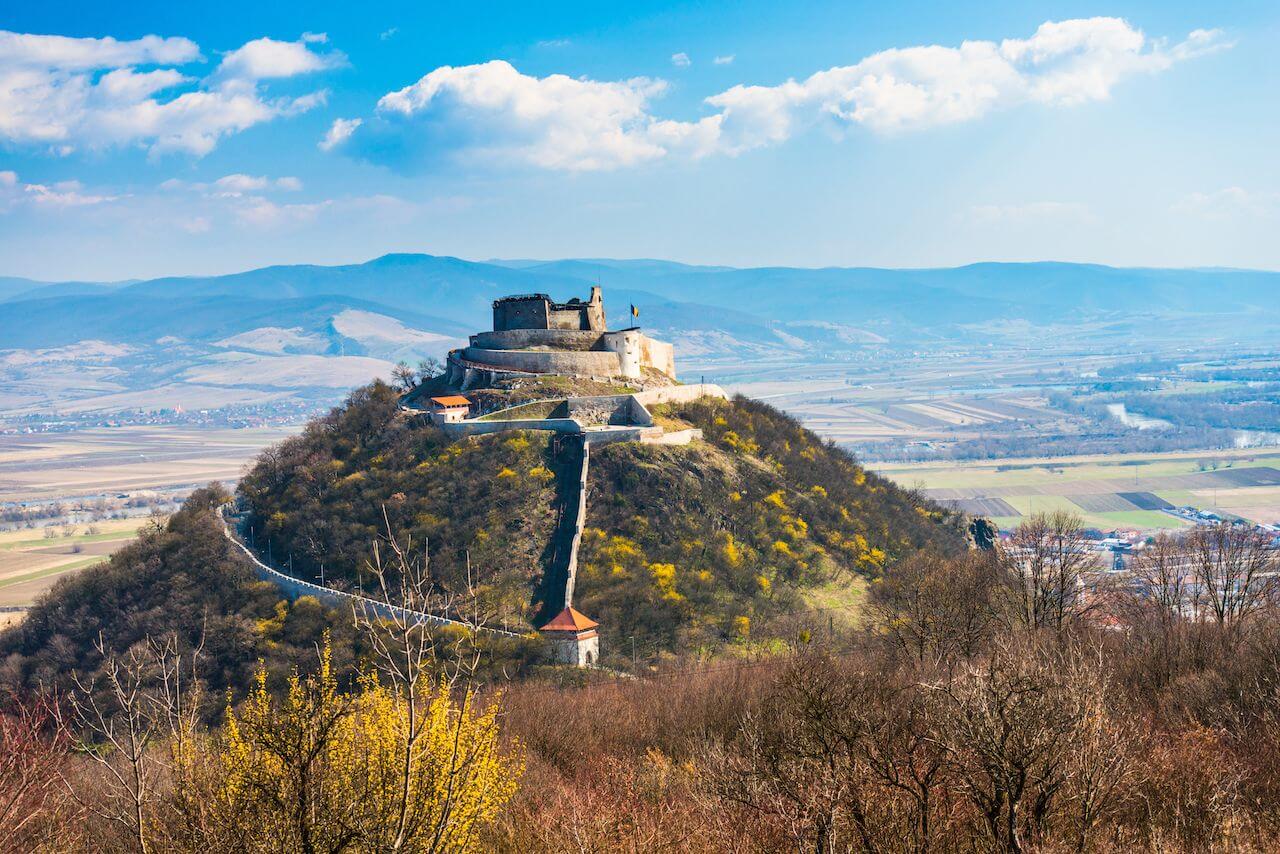 The Bran Castle is Count Dracula’s home from the Stoker’s homonymous novel. It is one of the most-visited castles in Europe and even if there’s no trace of Count Dracula ever living in this castle, the fortress is a nice one to visit if you ever stumble across Romania. The construction was finalized in 1388. In order to better protect Transylvania’s borders, the castle was incorporated in the rock it sits on and its design is rather asymmetrical.

At the beginning of the 20th Century, the castle became a favorite summer residence for Queen Maria of Romania who renovated it, adding an elevator, a guest house, and other amenities. The castle was later inherited by Queen Maria’s daughter, Princess Ileana, but was taken under communist property in the late 40s and used as a museum. After 1989, the castle was returned to Princess Ileana’s descendants and they chose to keep it opened as a museum. Apart from the castle itself, the view is also gorgeous. 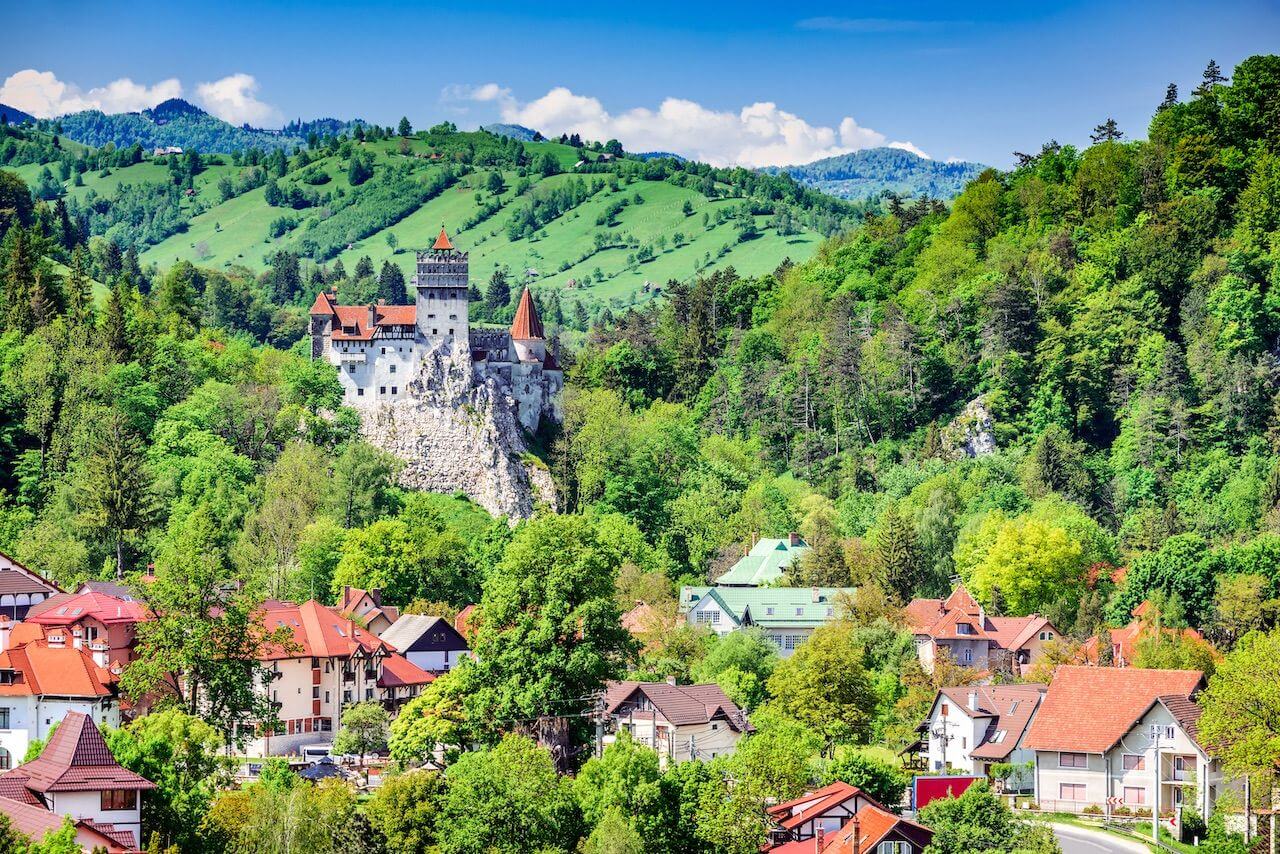 First of all, we should bring a name into the discussion here: Sébastien Le Prestre de Vauban.  Seigneur de Vauban was a French military engineer who took part in all the wars France fought under the reign of Louis XIV. He is the author of important engineering principles that stood at the base of many military fortifications nearly 100 years after his demise. His offensive tactics stood in use until the early twentieth century. The Alba Carolina Fortress dates from the 18th century and it is one of the most important Vauban-style military fortresses in Europe. Its seven-cornered shape was designed after the terrain it sits on. It features seven bastions and six sumptuously-adorned gates.

The most impressive thing about this star-shaped fortress is the fact that it’s actually 3 fortresses in one. The one you will see today is the expansion of an older one from the 10th century which was the expansion of an even older one, dating from the Roman times. During the communist era, the fortress fell into disrepair, but it was restored in recent years and today you can take a stroll through the citadel and three of the original gates. 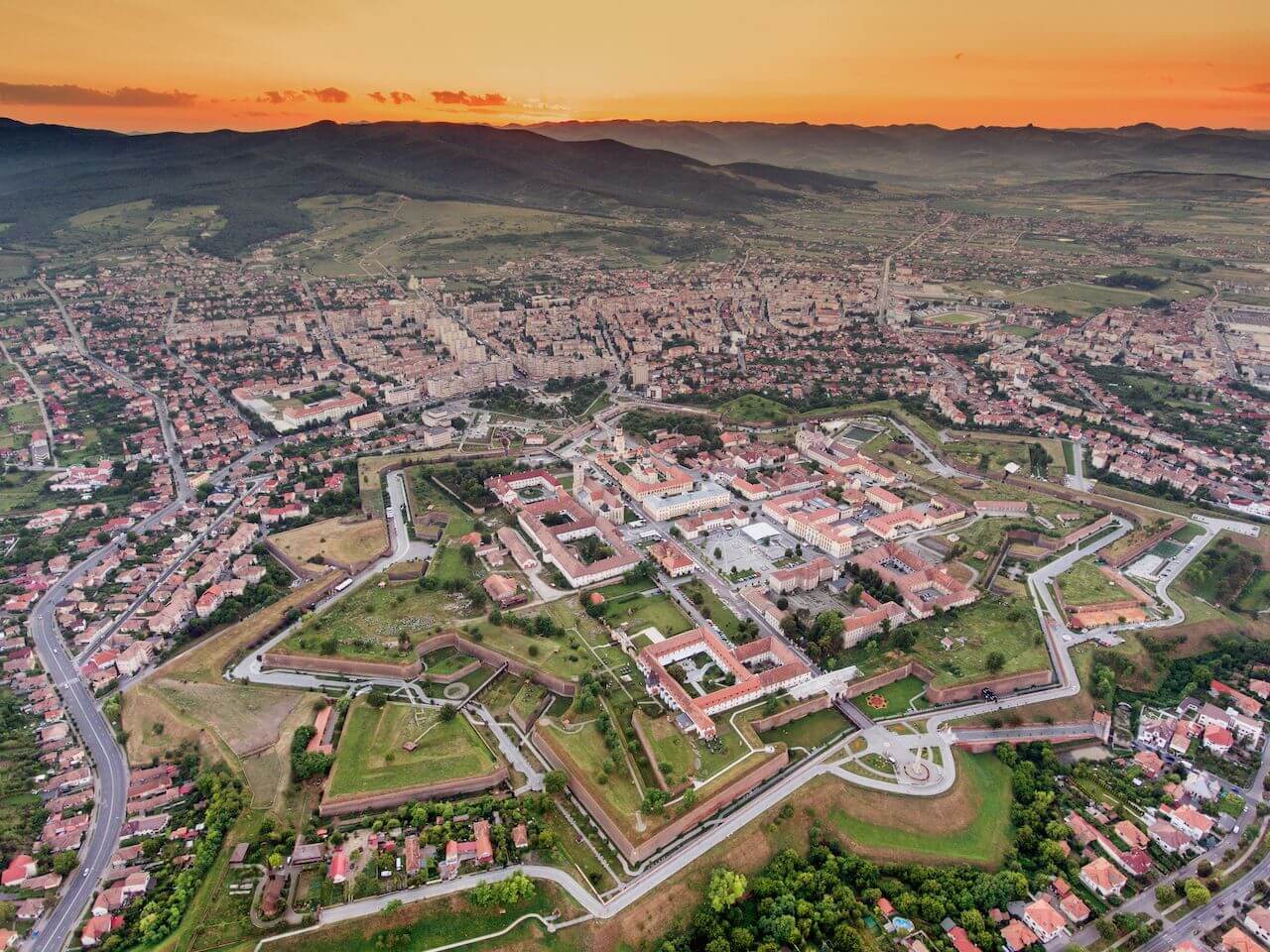 The 19 Worst and Funny Snapchats Of All Time

The 19 Worst and Funny Snapchats Of All Time