“The Murphy twins are drunk again”. What does that mean? That means that this is going to be an interesting article about some of the best Irish jokes ever and that is some of the best jokes in the world.

From the one with the doctor that has good news for the patient, the news being that he has only 1 day to live, to the one with the three workers planting trees, and calling Mick an ambulance, you will have a lot of fun. But apart from these 15 best Irish jokes that we’ve singled out for you, there is one that tops them all and it goes like this:

Two men were sitting next to each other at a bar. After a while, one guy looks at the other and says, “I can’t help but think, from listening to you, that you’re from Ireland.”

The other guy responds proudly, “Yes, that I am!”

The first guy says, “So am I! And where abouts from Ireland might you be?”

The other guy answers, “I’m from Dublin, I am.”

The first guy responds, “Sure and begorrah, and so am I! And what street did you live on in Dublin?”

The other guy says, “A lovely little area it was, I lived on McCleary Street in the old central part of town.”

The first guy says, “Faith & it’s a small world, so did I! And to what school would you have been going?”

The other guy answers, “Well now, I went to St. Mary’s of course.”

The first guy gets really excited, and says, “And so did I. Tell me, what year did you graduate?”

The first guy exclaims, “The Good Lord must be smiling down upon us! I can hardly believe our good luck at winding up in the same bar tonight. Can you believe it, I graduated from St. Mary’s in 1964 my own self.”

About this time, another guy walks into the bar, sits down, and orders a beer. The bartender walks over shaking his head & mutters, “It’s going to be a long night tonight.”

“The Murphy twins are drunk again.” 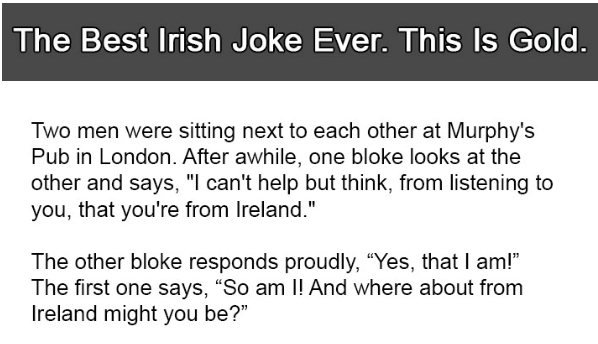 “Is that the Ballycashel Echo?” asks Mick.

“How much would it be to put an ad in your paper?”

“Five pounds an inch,” a woman replies. “Why? What are you selling?”

“A ten-foot ladder,” said Mick before slamming the phone down. 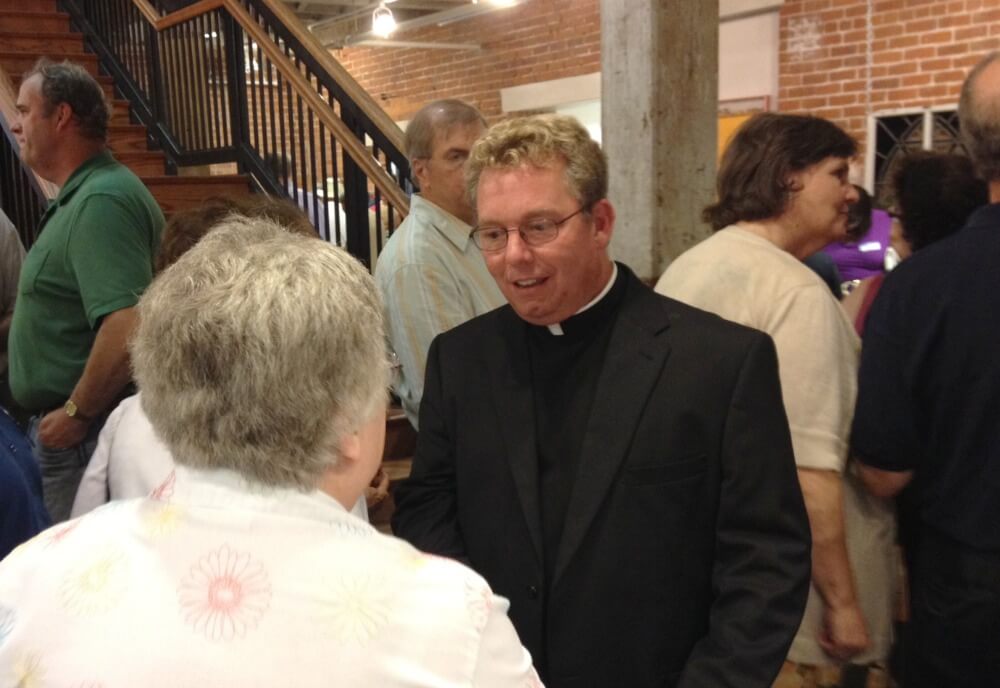 He says: “So what’s bothering you?”

The priest says: “Oh, Mary, that’s terrible. Did he have any last requests?”

“Certainly father,” she replied. “He said: “Please Mary, put down that damn gun.” 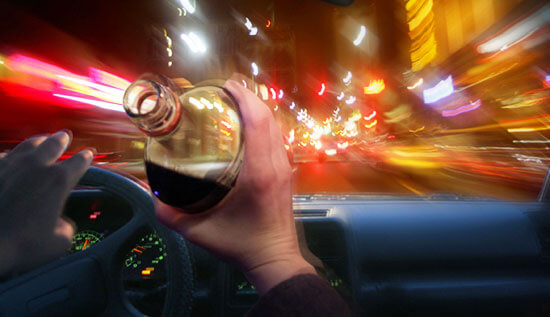 An Irish priest is driving along a country road when a police man pulls him over. He immediately smells alcohol on the priest’s breath and notices an empty wine bottle in the car.

He says: “Have you been drinking?”

The cop replies: “Then why do I smell wine?”

The priest looks at the bottle and says: “Good Lord! He’s done it again!” 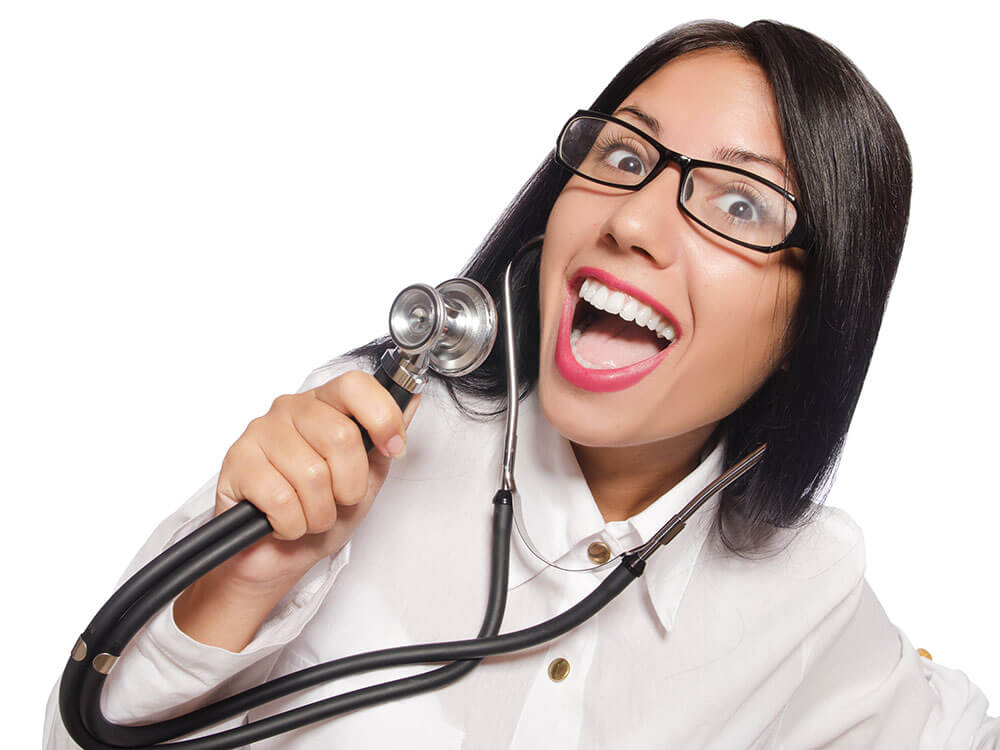 Dr O’Mahony tells his patient: “I have bad news and worse news, John.”

The doctor replies: “You only have 24 hours to live.”

“That’s terrible,” says the patient. “How can the news possibly be worse?”

Dr O’Mahony replies: “I’ve been trying to contact you since yesterday.” 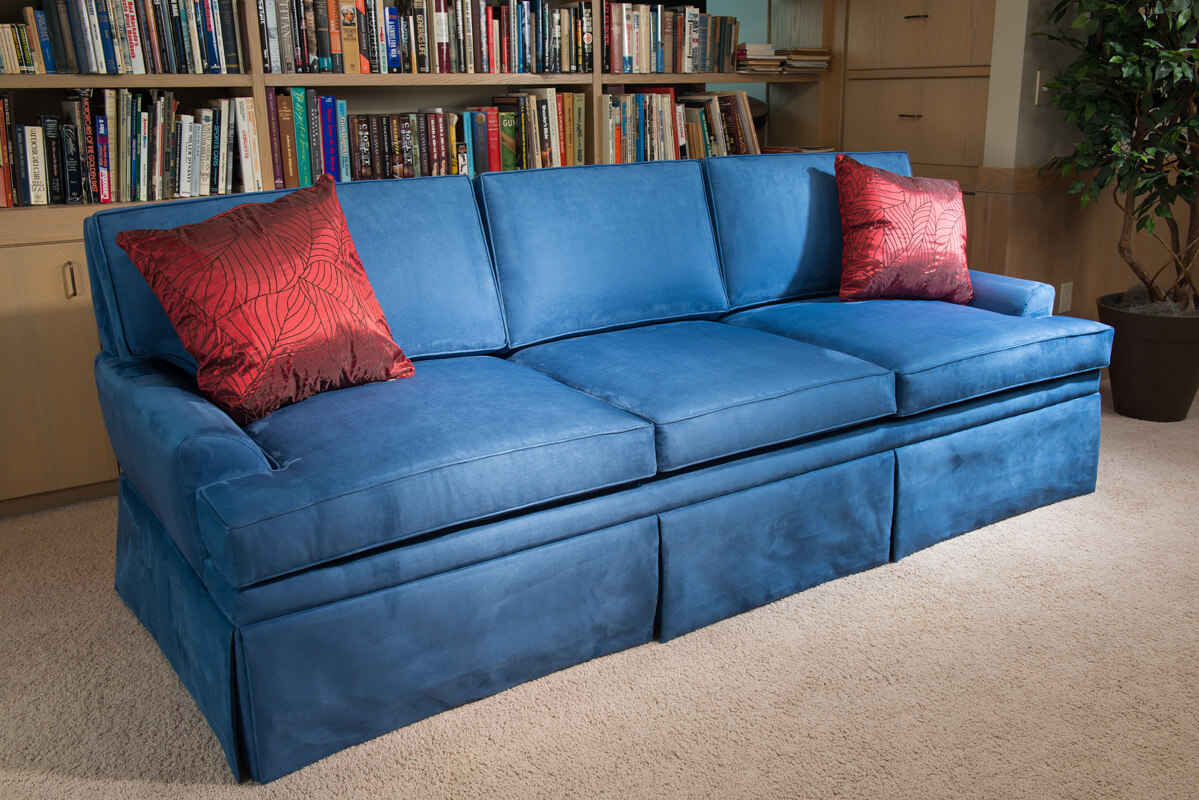 What do you call an Irishman sitting on a couch? “Paddy O’Furniture.” 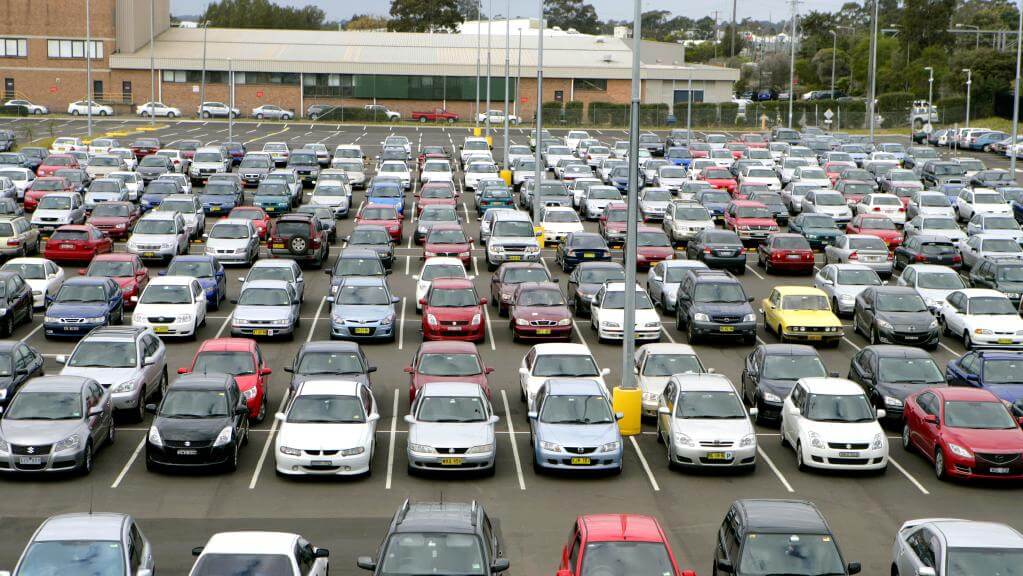 An Irishman is struggling to find a parking space.

“Lord,” he prayed. “I can’t stand this. If you open a space up for me, I swear I’ll give up the Guinness and go to mass every Sunday.”

Suddenly, the clouds part and the sun shines on an empty parking spot. Without hesitation, the Irishman says: “Never mind, I found one!” 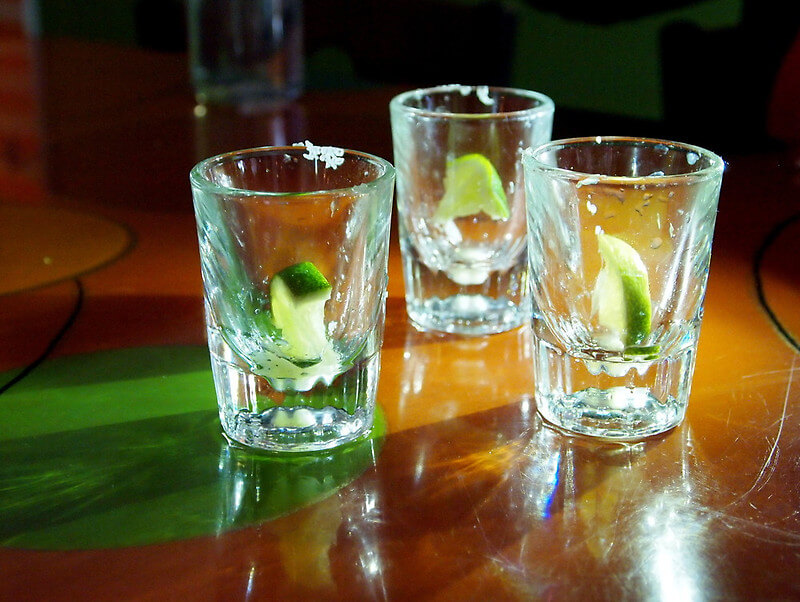 Paudie goes into a bar and orders seven shots of tequila and one Guinness.

The barman lines up shots and goes to get the Guinness.

When he comes back with the pint, all seven shots are gone.

The barman says: “Wow! You sure drank those fast.”

Paudie explains: “You would drink fast too if you had what I have.”

The barman asks: “What do you have?”

The guy reaches into his pocket and says: “Fifty cents!”

Billy stops Paddy in Dublin and asks for the quickest way to Cork.

Paddy says: “Are you on foot or in the car?” 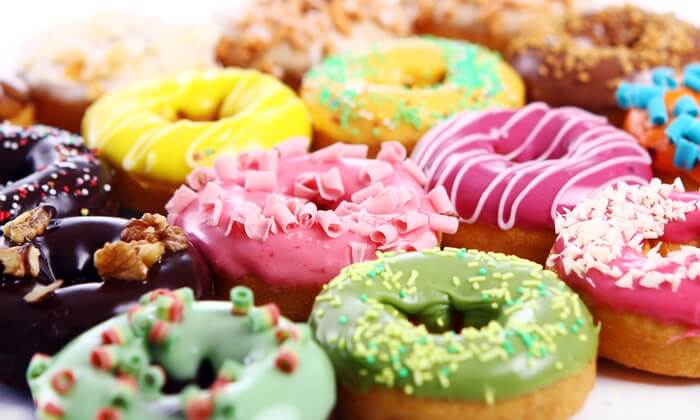 Paddy and Mick are walking down the road and Paddy has a bag of doughnuts in his hand.

Paddy says to Mick: “If you can guess how many doughnuts are in my bag, you can have them both.” 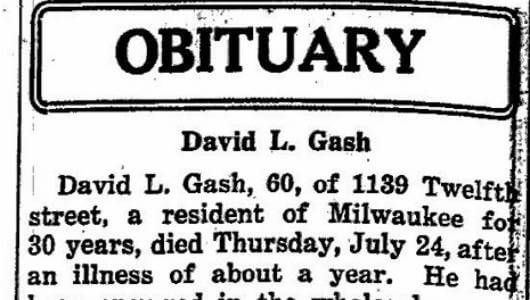 Seamus opens the newspaper and is shocked to see his OWN obituary.

In a panic, he phones his friend and asks: “Did you see the paper?! “They say I died!”

The friend replies: “Yes, I saw it! So, where ya calling from?” 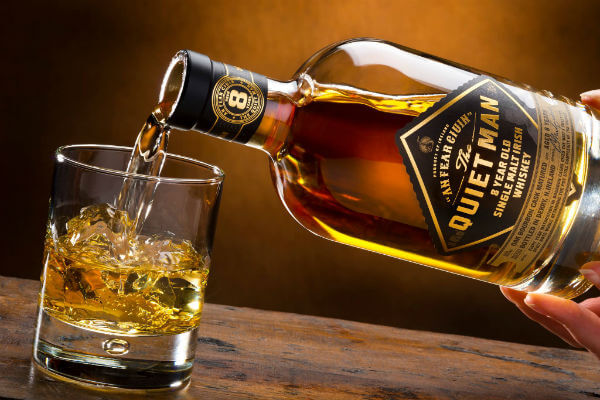 An Irishman goes into a bar in America and orders three whiskeys. The barman asks: “Would it be better for if I put all three shots in one glass?”

The Irishman replies: “No! I have two other brothers back at home, so every time I come into a pub, I order a shot for them both.”

The barman asks: “Did something happen one of your brothers?” “Oh no,” replies the Irishman. “I just decided to quit drinking!” 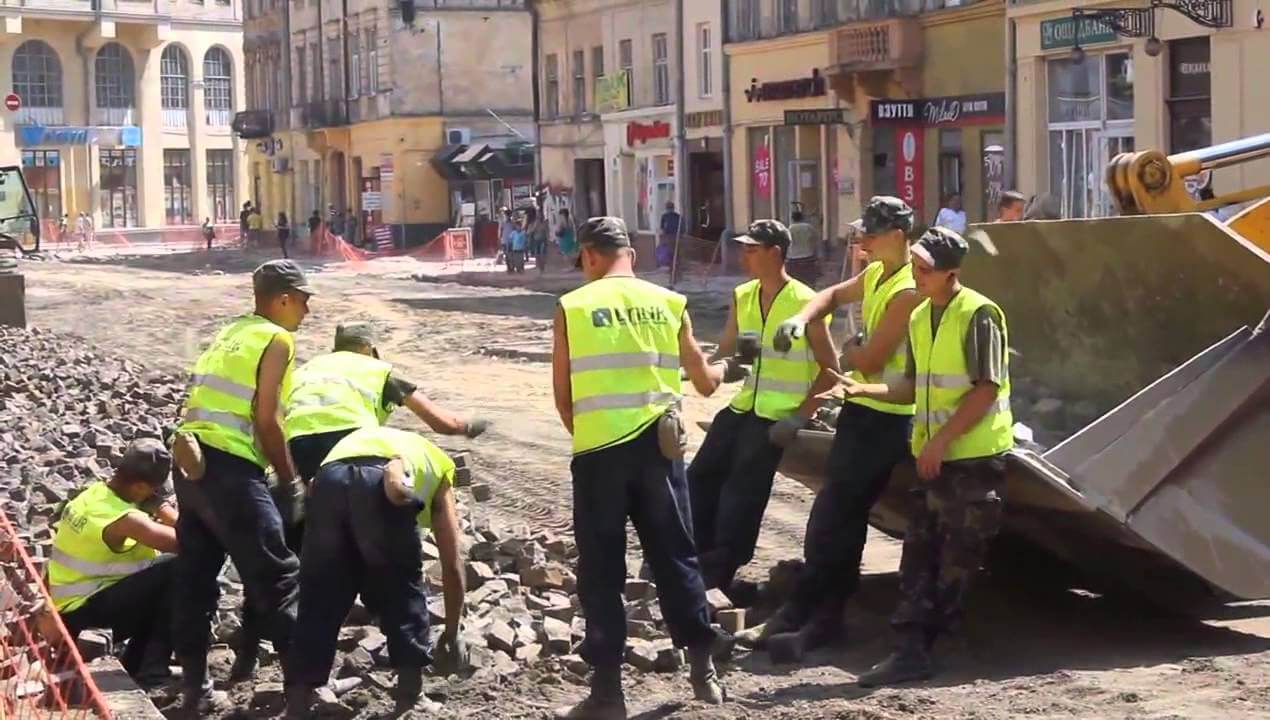 Two Irishmen were working in the public works department. One would dig a hole and the other would follow behind him and fill the hole in.

After a while, one amazed onlooker said: “Why do you dig a hole, only to have your partner follow behind and fill it up again?”

The hole digger wiped his brow and sighed, “Well, I suppose it probably looks odd because we’re normally a three-person team. But today the lad who plants the trees called in sick.” 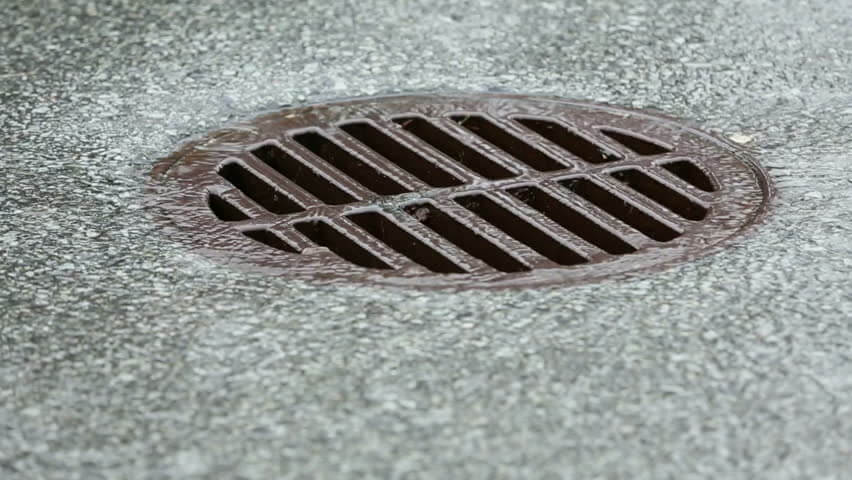 Mick and Paddy are walking along when Mick falls down a manhole. Paddy shouts down: “What shall I do?” Mick barks back: “Call me an ambulance!” 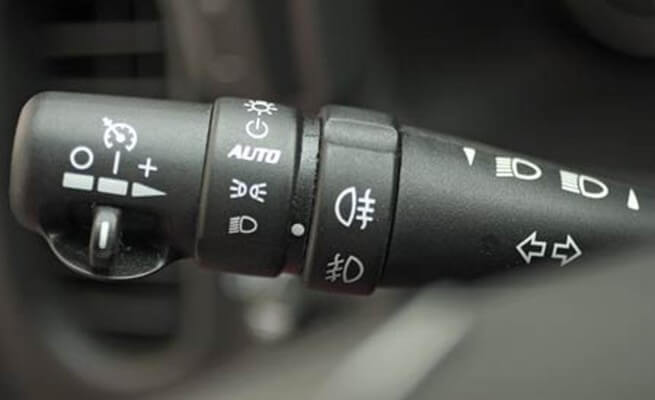 Two Irishmen were driving home one night when one asked the other to check if the car’s indicators are working.

A 600 Dollar Meal Looks Like This. Would You Eat It? Served At America’s Second Most Expensive Restaurant

A 600 Dollar Meal Looks Like This. Would You Eat It? Served At America's Second Most Expensive Restaurant