The red color can mean many different things around the world. Most know it as the symbol of love and lust, in nature, the red color has a more important role, usually when a red animal is seen, it’s common knowledge that this animal is poisonous in nature and it signals the other animals to back away. But us humans, we love red animals because for us this color is one of the most beautiful colors in the rainbow.

Check out below the cool list of 29 red animals with a little bit of info on each one. And if you happen to know of any other animals in that color we missed, let us know in the comment section. 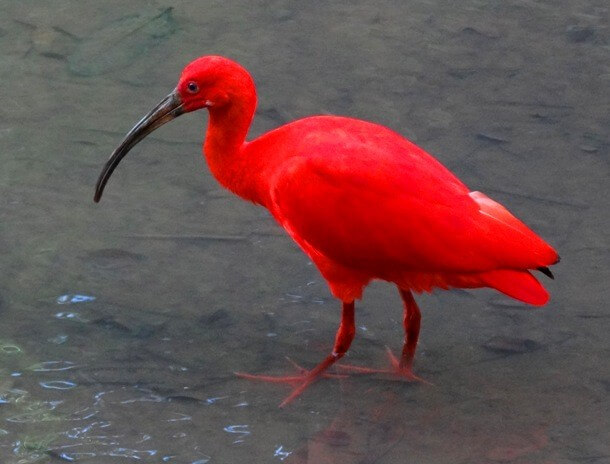 From South America and islands of the Caribbean. This bird has such bright red color it’s very well known in the area as the national bird of Trinidad and Tobago 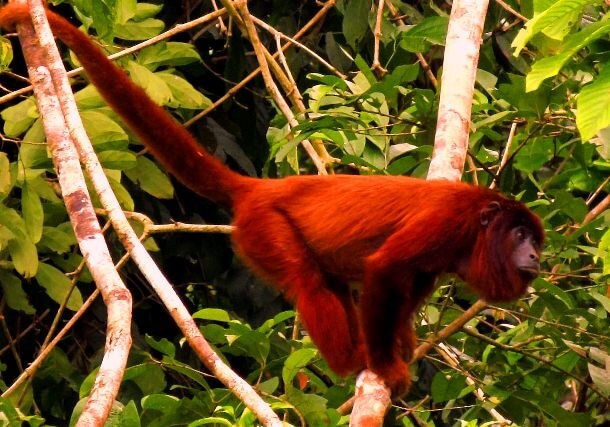 This animal can be found mostly in Brazil, Peru, and North Bolivia. One of the rarest and only few nest building monkeys. Are famous for their loud howls. 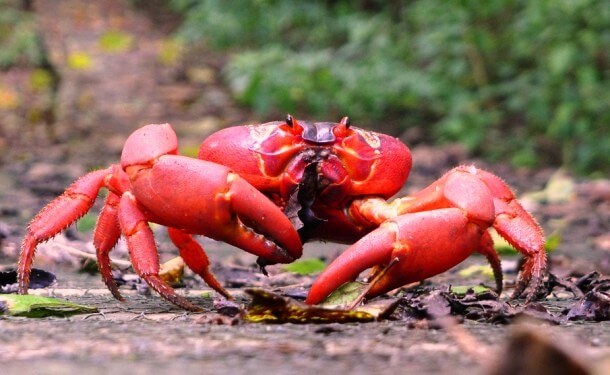 From the Cocos Islands in the Indian Ocean and other than a very unusual name, they are known for their huge migration to the ocean to lay their eggs 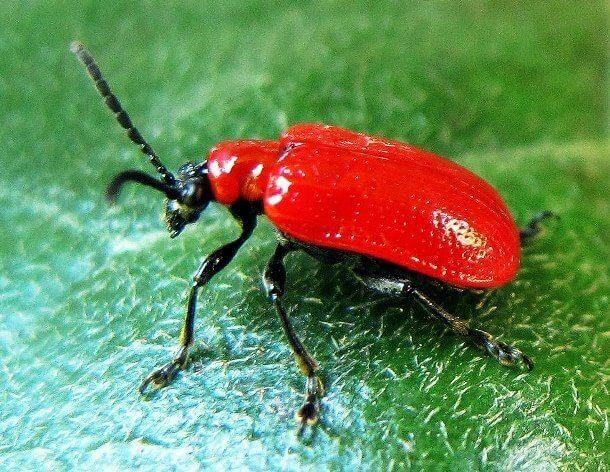 A leaf beetle eating the leafs she resides on. 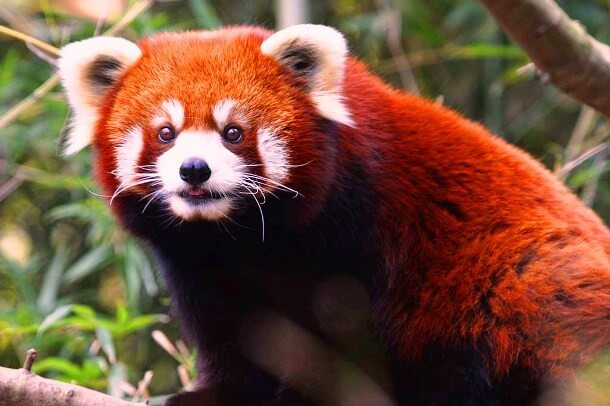 via Peter Meenen via wikimedia commons

Can be found in eastern Himalayas and southwestern China and this adorable little panda lives in trees and mainly eats bamboo. The size of the Red Panda is similar to a house cat 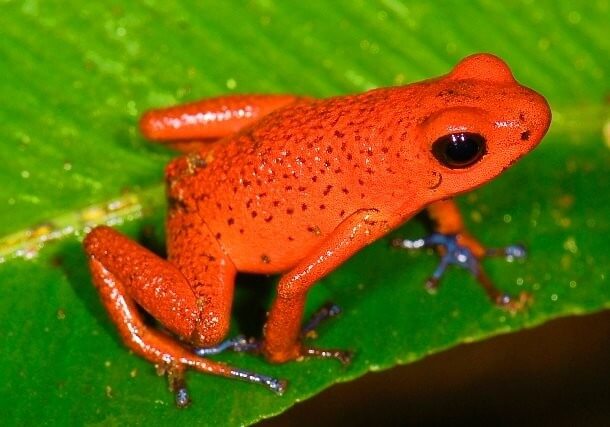 Can be found in Central America and it’s poisonous 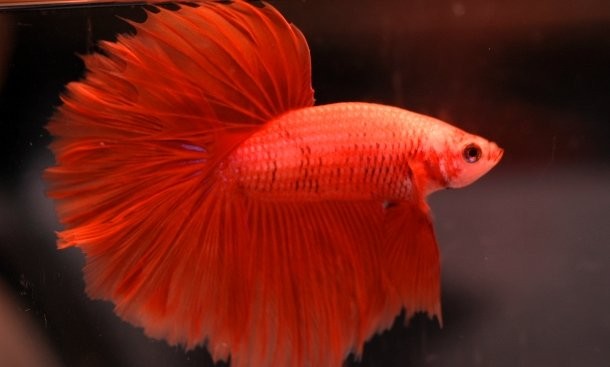 The size of about 6.5cm can mainly be found in Laos, Vietnam, Cambodia, and Thailand. You can learn more about the betta fighting fish here 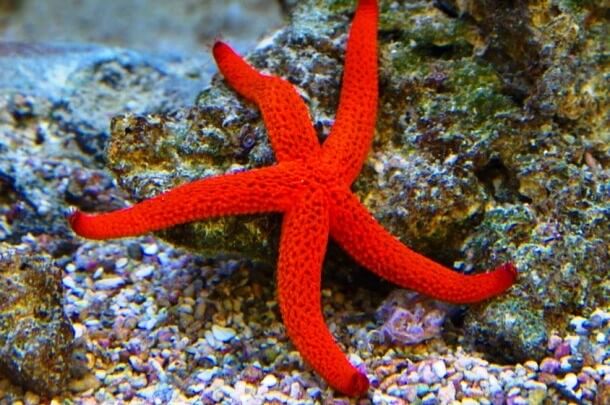 Can be seen mostly in East Atlantic and the Mediterranean Sea. Roughly the size of 20cm 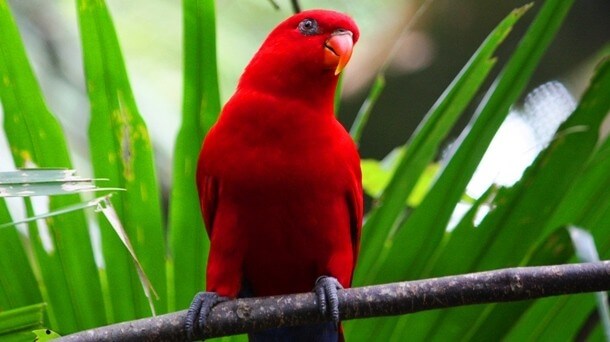 Can be found in Indonesia, Australia and New Guinea. The Lory is a highly intelligent parrot 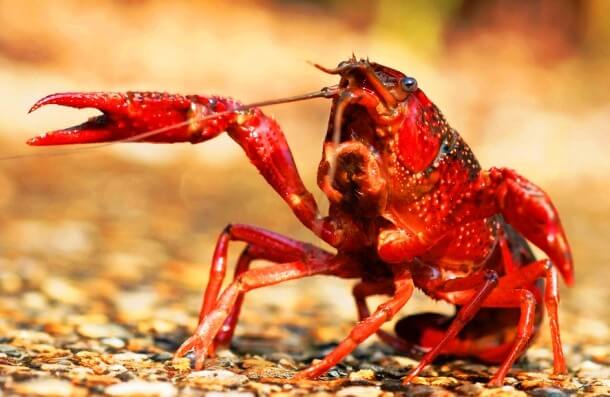 Used to live solely in the US, but you can now find it in other continents too. Usually lives in fresh warm waters 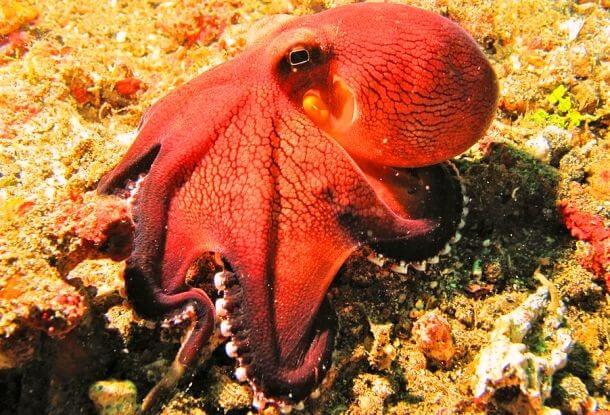 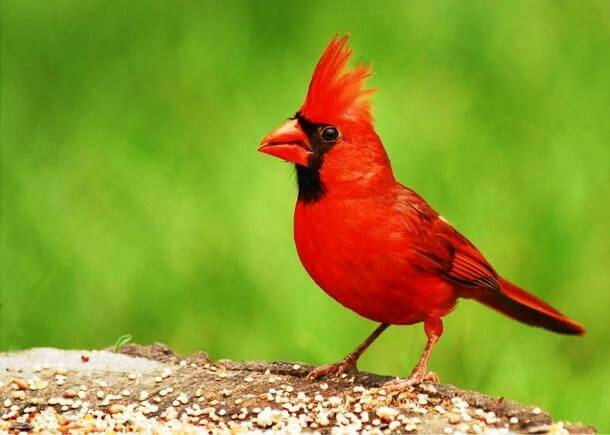 A North American bird commonly known as RedBird. Males are hard red color while the females are more orange in nature 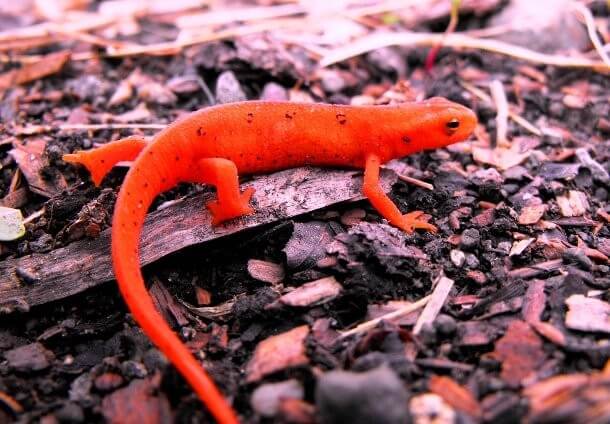 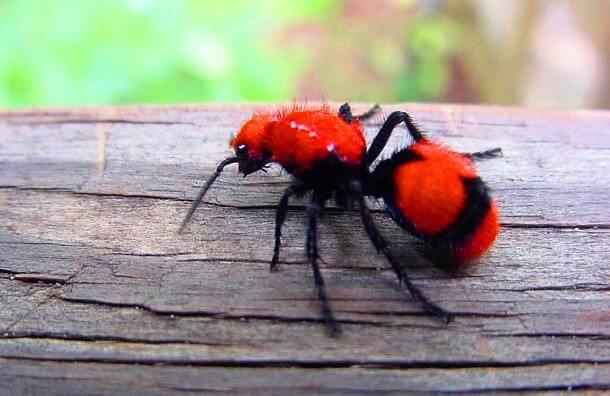 Native to the US. This species is actually a wasp species, they are around 2cm in size and are known to have really painful stings that can kill a cow 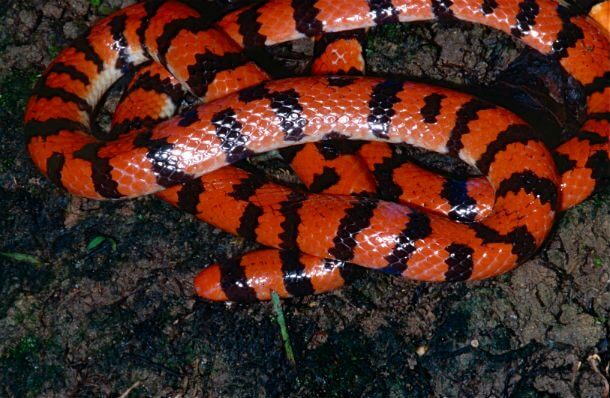 Found in the Northern part of South America, the size of this snake is around 68cm long 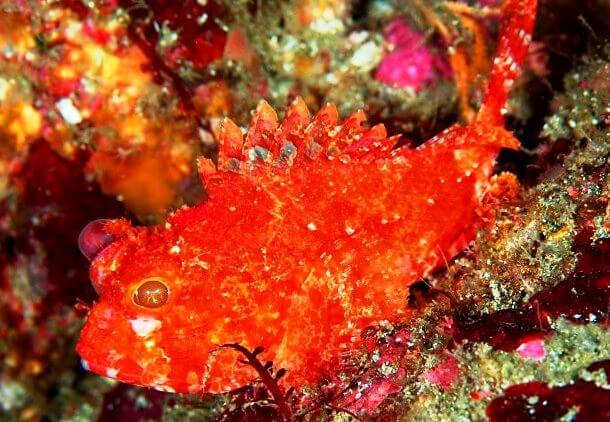 Can be found in the Pacific Ocean near Japan, roughly the size of 76cm and as you can see it has a weird shape and a very strong red color. 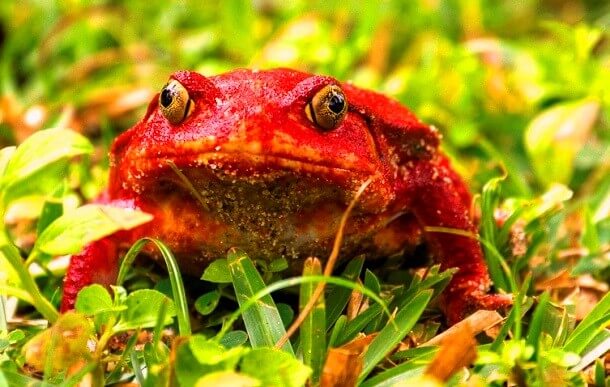 Lives in Madagascar and is one of these frogs that can puff up his chest when threatened. When predators try to bite this frog, he releases a venom type that hurts the creatures eyes and mouth causing it to release the frog so he can escape 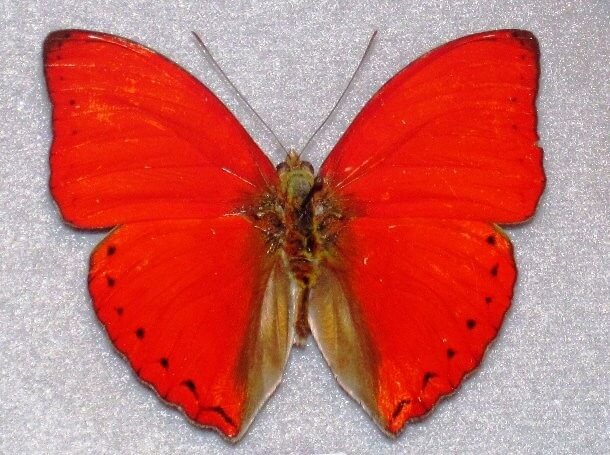 Beautiful butterfly found in Central Africa. One side of the butterfly is strong red ( hence the name ) and the other is green or even brown. 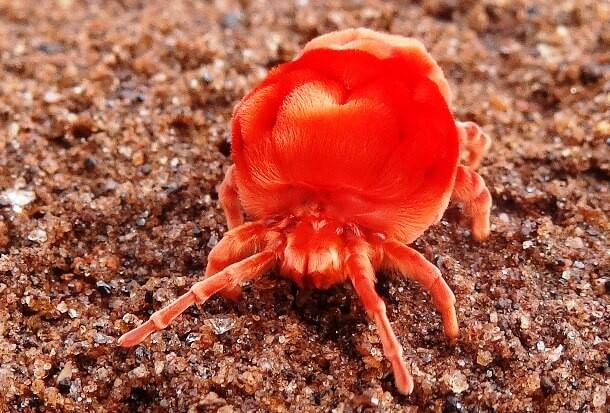 Known as the rain bug. These little animals are actually active predators feeding on parasites and insects. 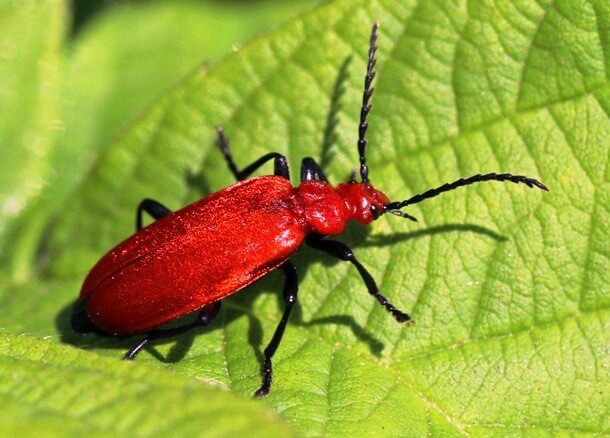 Around 2cm in size, can be found mainly in the UK. While there are many animals with red color that are toxic in nature, this beetle is not, and the red color is used as a defensive feature preventing other animals from hunting it down. 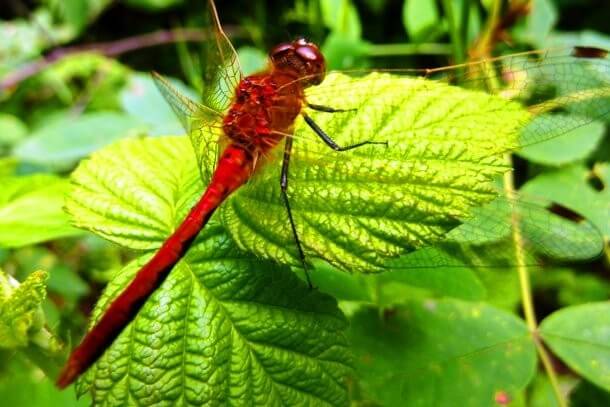 Lives in most areas of the world. 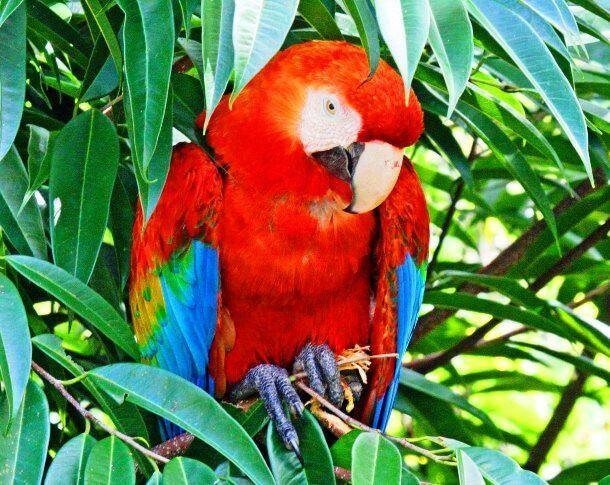 South America is the home of this beautiful red animal, and while it has more colors other than red, the parrot made it to this list. 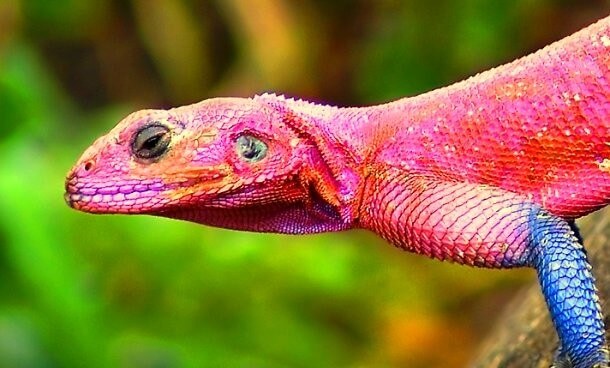 Can be found mostly in  Tanzania, Rwanda, and Kenya. Usually you will find this lizard just chilling on a rock in the dessert heat. 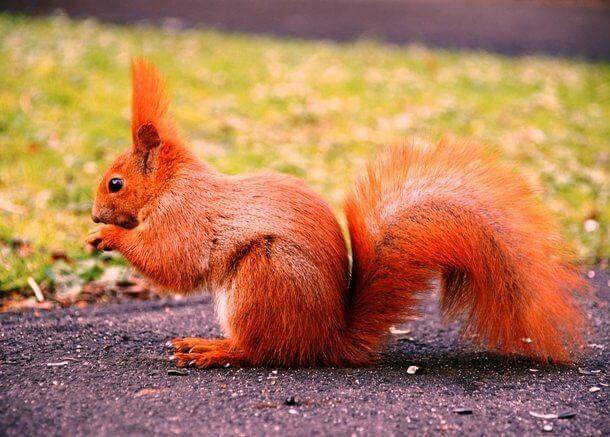 Can be found around Eurasia. Lives on trees and the color of his coat can change according to the weather. But mainly it’s red. 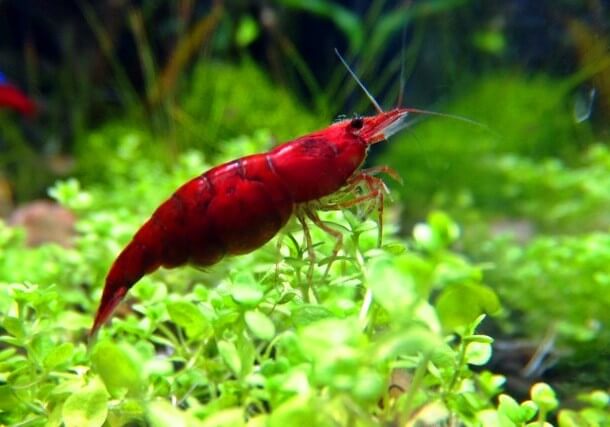 Mainly from Taiwan and can reach around 4cm in length. 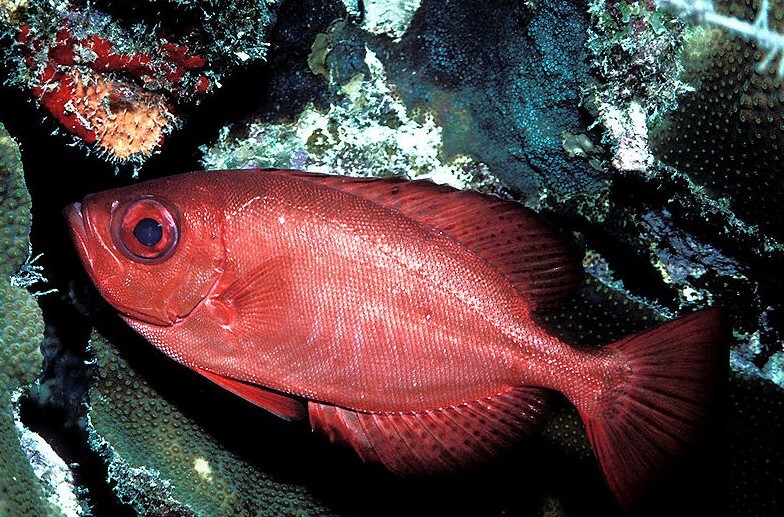 Roughly the size of 57cm, can be found in in tropical seas. 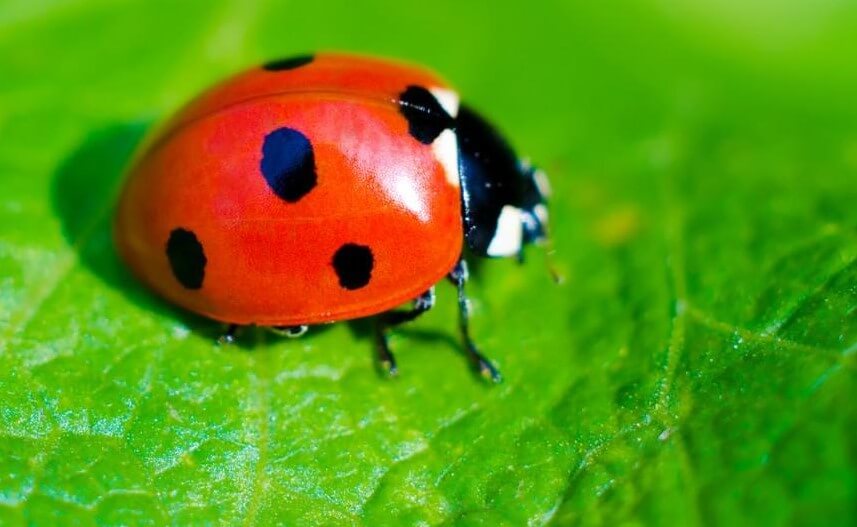 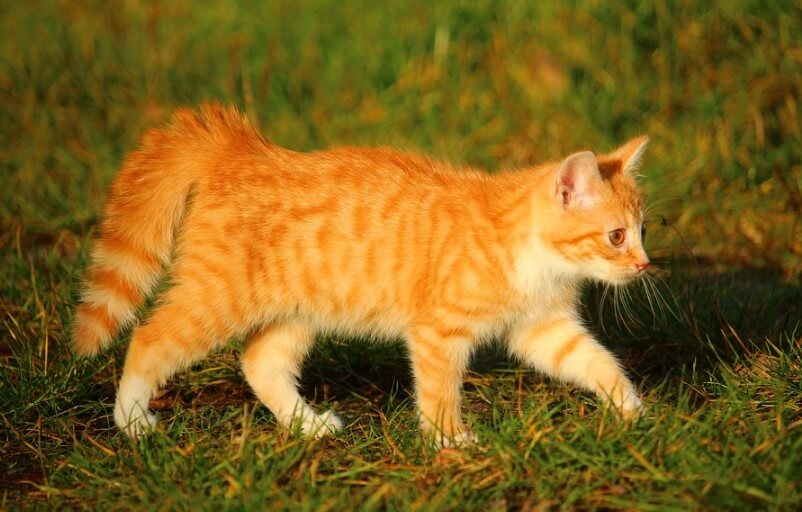 It’s easy to recognize the tabby cat as his coat is covered in red lines.

Most of the info in this article was compiled from Wikipedia.org