I’ve always had a thing for bridges. I just love them in every possible way, from what they represent or their symbolic meaning to just standing on one of them and enjoying the view from above the water. But this is something even better than any other bridge I’ve ever seen. This bridge is not made for human traffic, but also to help a wildlife to safely cross a very dangerous highway. And it’s just breathtaking!

People who are standing behind this marvelous project are KILD architects (Ivane Ksnelashvili, Petras Išora and Ona Lozuraitytė). They had the best solution and won the competition run by Seoul, North Korea government. A 28,000 square-foot eco-bridge and animal crossing over a busy highway follows the tradition of Korean gardens, which aim to merge themselves with nature. It looks like an extension of the mountains as you can see from the photos in the gallery below.

Uniting the peaks of Mount Umyeon and Maljukgeori parks, the green bridge includes dual lanes for human and animal traffic. It is covered with local vegetation so animals shouldn’t find it dangerous to cross. Animals would also have a priority in crossing. The eco-bridge has it’s own water collector which will be distributed to allow self-sustaining maintenance of the greenery.

The eco-bridge project of KILD architects really offers great looking and practical solution with very noble cause. We hope wildlife of Sout Corea will be using it soon and it will pass quickly the path from architects’ papers to a real world. 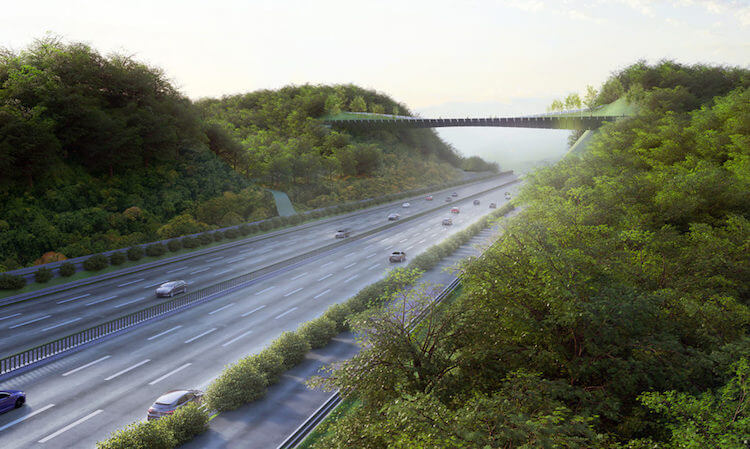 They’ve offered the best solution for helping the wildlife in safely crossing a very busy highway. 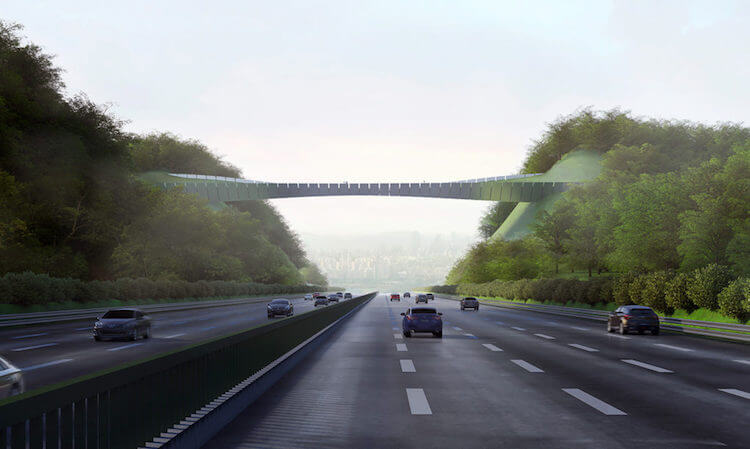 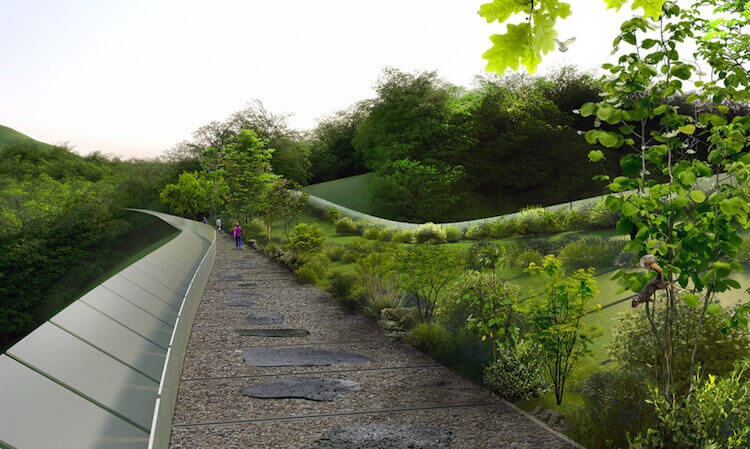 It follows the tradition of Korean gardens and it’s covered with local vegetation. It units the peaks of Mount Umyeon and Maljukgeori parks and looks almost as an extension of the mountain. 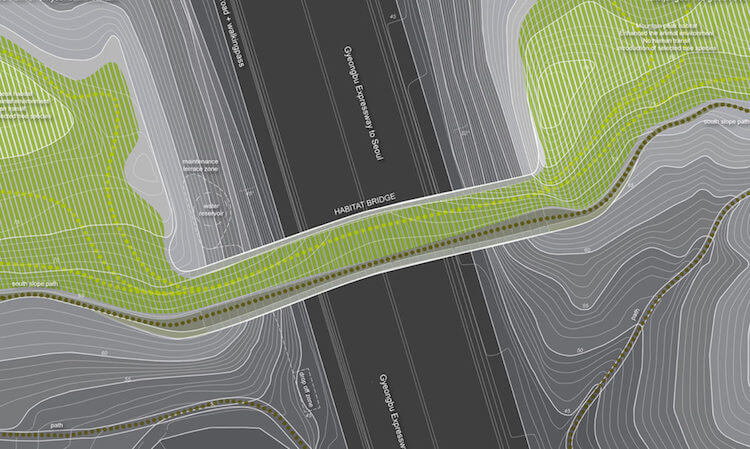 9 Facts About Soda That Are Just Insanely Weird